Art & Culture / The ‘nasty women’ shaking up the book industry 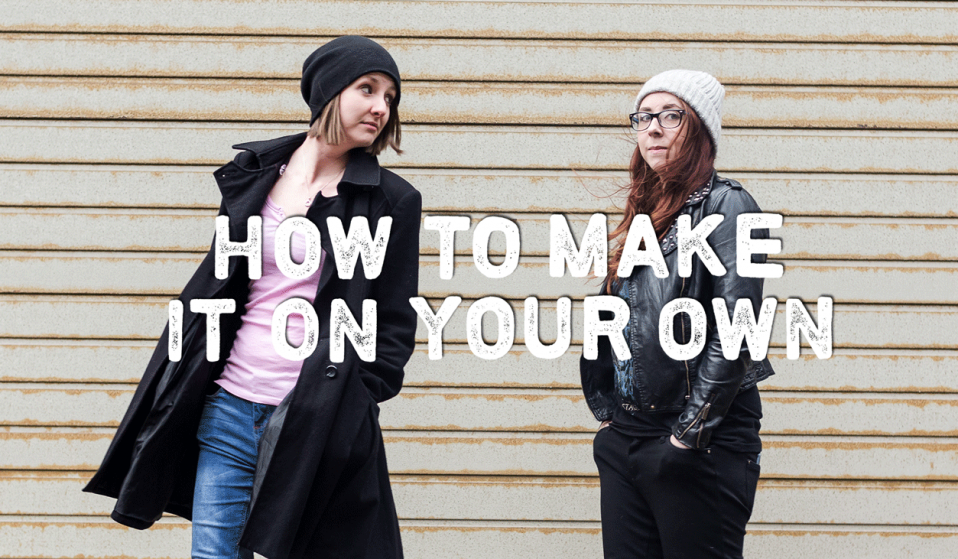 Inspired by Trump's misogyny, Laura Jones and Heather McDaid decided to start a grassroots literary revolution – and their first book is about to drop a bomb.

Inspired by Trump's misogyny, Laura Jones and Heather McDaid decided to start a grassroots literary revolution – and their first book is about to drop a bomb.

One day in March 2016, on a drive across Scotland, publishing graduates Heather McDaid and Laura Jones found themselves lost in one of those cathartic chats where every frustration bubbles to the surface.

The two twenty-somethings had done the same internships, worked together on the Society of Young Publishers and helped set up ScotLitFest, a virtual literary festival. But as much as they admired Scotland’s publishing scene, they didn’t see themselves reflected in it.

“We always felt we could do things differently – and more loudly,” says Heather.

The pair recognised all the established ‘Dos and Don’ts’ of publishing houses, but wanted to fly in the face of all that by starting their own DIY imprint, 404 Ink.

“The business model dictates that you should have an exact brand, but we wanted fluidity,” says Laura.

The idea was to be fun and brash while also tackling big subjects, whether it be punk or the politics of being fat.

That meant being open to all things “weird and wonderful” by embracing the fact that they didn’t know what they were looking for.

“We spent ages trying to get a tagline only to realise we don’t need one,” says Heather. “We’re winging it, and when we get to a point where we need to organise things, we just do that and then go back to winging it.”

The first 404 Ink magazine began with an open invitation on Twitter – “New lit mag. Send us stuff.” – which garnered hundreds of potential contributors and thousands of followers. 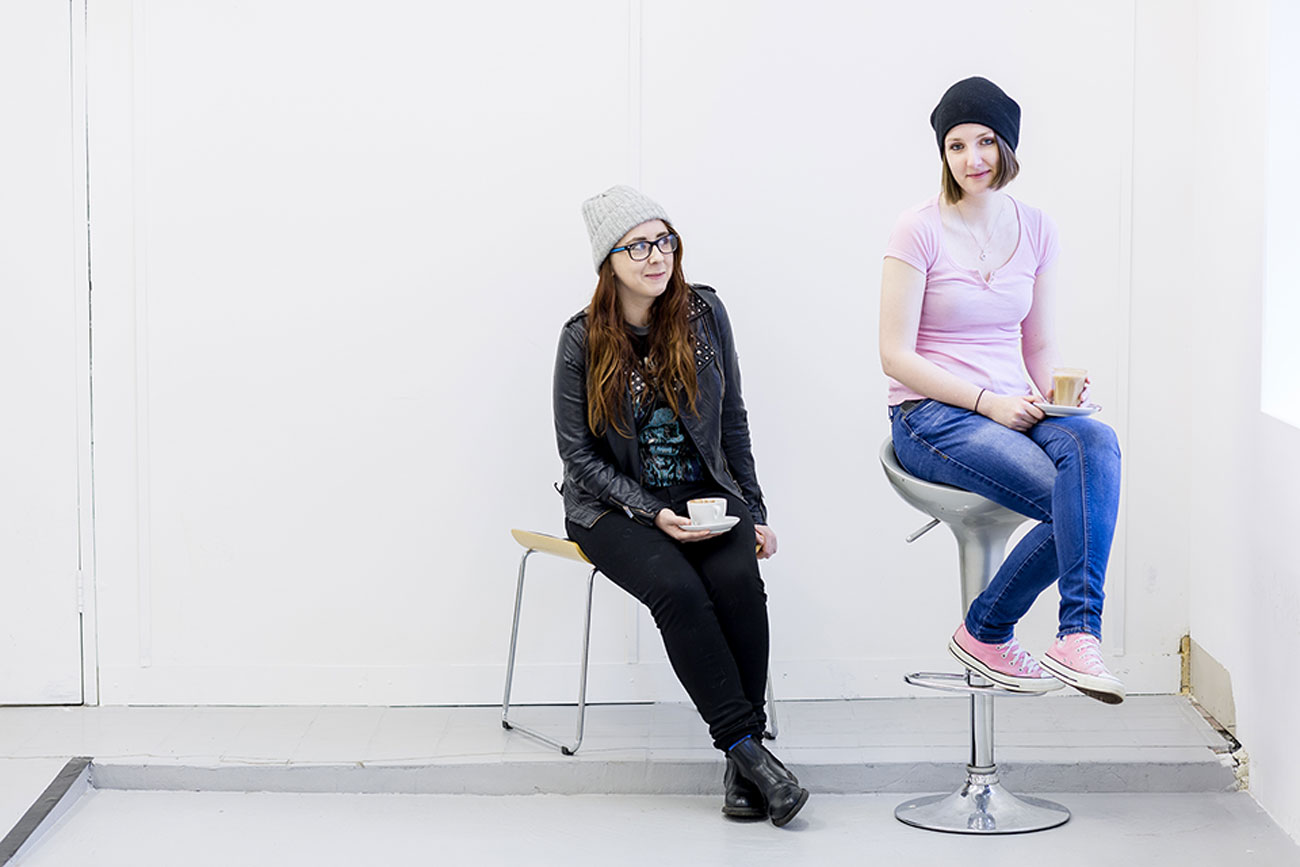 Steering that momentum is Heather and Laura’s yin-and-yang dynamic: the former is spontaneous, the latter more rational and restrained.

But just days after the magazine went to press in November, they were struck by an impulse that suddenly took precedent.

“We’re in this Facebook group of women in publishing and, the morning after Trump got elected, everyone was just so sad and angry because it had been such a hateful, misogynistic campaign,” says Heather.

Unable to shake the fact that Trump referred to Clinton as a “nasty woman” during the final debate, Nasty Women suddenly felt like the perfect name for a book of essays about being a woman in the 21st century.

When it came to making it a reality, the timing couldn’t have been worse – they were both overloaded with commitments – but the opportunity felt too good to resist.

Laura and Heather weren’t the only ones who thought so. Within an hour, the pair had signed up three authors for the project (eventually expanding it to 20) and decided to publish it on International Women’s Day.

“A lot of people didn’t know what to do, so giving them an essay was a way of directing that anger,” says Heather. “Even if it’s not about Trump, the point is to give platforms to people: a chance to break out of their own bubble and do something.”

“That’s what this project was built on,” adds Laura.

Then things blew up. Social media latched onto the Nasty Women Kickstarter campaign, with the likes of Margaret Atwood tweeting their support.

An initial fundraising target of £6,000 was met in just 50 hours and ultimately raised £22,156 for future projects – all of which, the pair promise, will be completely different. 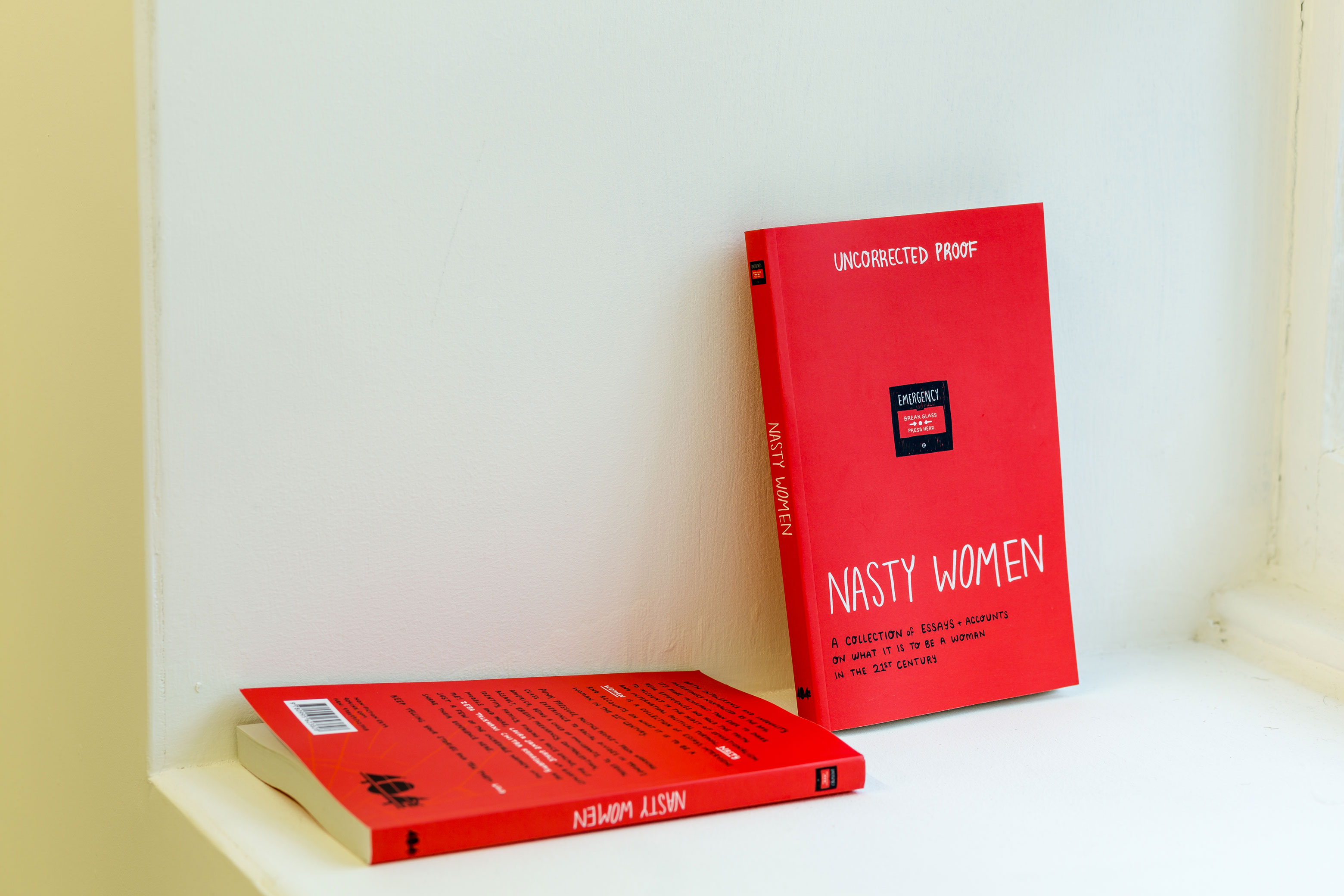 That open, indefinable quality is a large part of 404 Ink’s appeal. The only constant is two women trying to change the industry for the better, harnessing their instincts to find a refreshing alternative to the mainstream.

“There’s no point in being a smaller version of a big publisher,” says Heather, citing the music industry as inspiration.

“There are a few [record] labels that, no matter what they do, you just trust them. We liked the idea of there being an equivalent in publishing.”

How do I crack the indie publishing game?

Make your own rules

“If you know the rules and try to follow them, you’re not doing your own thing. I think we’re less aware of failure as a possibility because of that. You can’t be weighed down if you don’t know what you’re supposed to be doing.”

Prepare for the worst

“Go overkill. Overplan for what could go wrong and then when it happens, it will never feel as bad as it would if you were totally sideswiped by it.”

“Find someone with a different skill set. Heather got all the journalists and contributors onboard, whereas I had the industry contacts: the printers, the people who work at bookshops who will hopefully do our events, other publishers I’ve worked with who are bolstering us. The partnership and the balance of our skills has been ideal.”

“In most industries, people don’t publicly admit what’s gone wrong. You end up hearing things on the grapevine. But we’re not precious about looking professional, so why not tell people? That way nobody can make things up about you.”

“We’re planning a marketing video where we collect all the shit quotes about us. We had a neo-Nazi called Paul who tweeted us, so we’re going to use that.

“Someone else said: ‘I’d rather put hot sauce in my eyes than read this book.’ We’re not going to sugarcoat this stuff. It proves why we need to do the book in the first place.”

Find out more about 404 Ink or order a copy of Nasty Women.

Linkedin
RELATED ARTICLES
OTHER ARTICLES
Photographer Alice Mann reflects on capturing the camaraderie and discipline it takes to succeed in a highly-competitive sport.
Ahead of the policing bill reaching its final stages in the Lords, protestors came together to rally against the legislation.
From the queues outside to the last ones standing, Francesco Mellina’s new photo book follows a night that has gone down in the Northern-Soul history books.
Those set to be impacted by the governments ’undemocratic’ bill explain why it risks silencing them.
A new book traces the legislation’s tumultuous history and the lasting impact its had on LGBTQ+ activism today.
From Brooklyn gang members, to Welsh miners and the residents of East Harlem, Bruce Davidson used his camera to shine a light on the most marginalised.