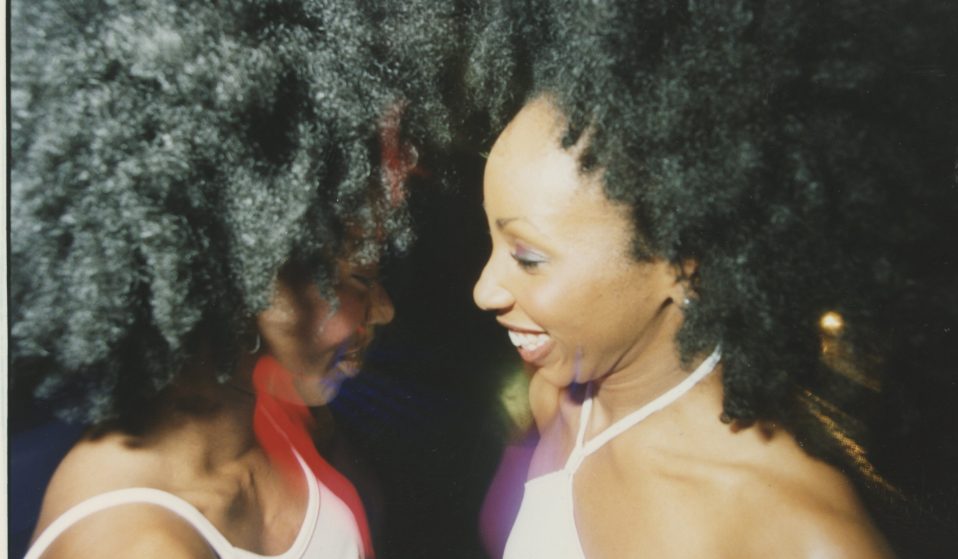 Since 2011, archivists at the Bishopsgate Institute have been documenting activism, art and personal histories within the LGBTQ+ community. One of the largest archives of its kind, it holds everything from photographs of queer nightlife, to relics from niche subcultures like the Gay Vegetarians, to a puppet in the shape of a penis crossed with a venus fly trap (or a “penis fly trap”).

In a new exhibition at the Barbican titled Out and About!, items from the archive will go on display highlighting key “moments of wonderfulness or crisis” that tell the story of being queer in Britain over the past 40 years, explains Stefan Dickers, archivist and curator. 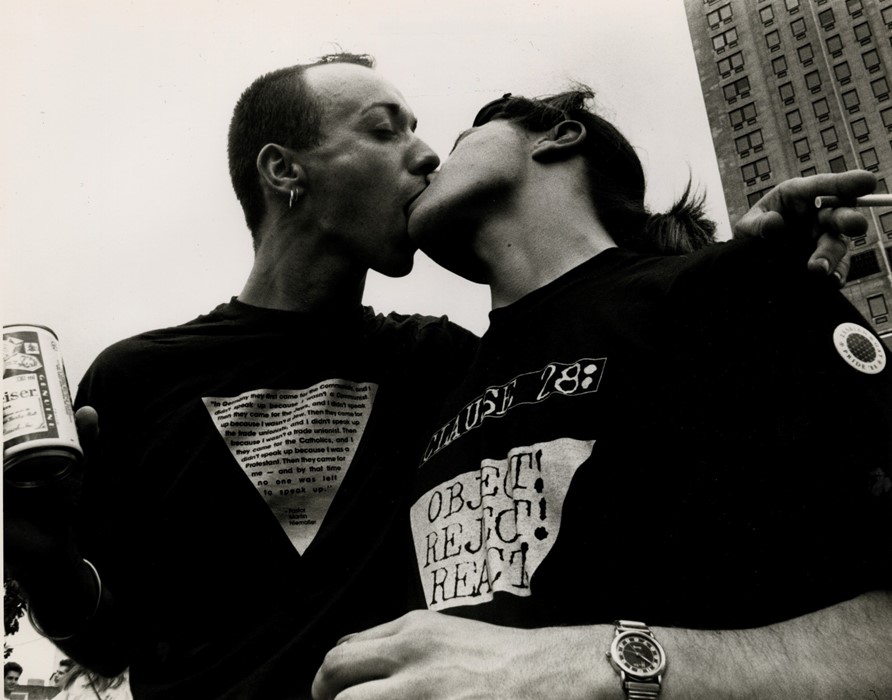 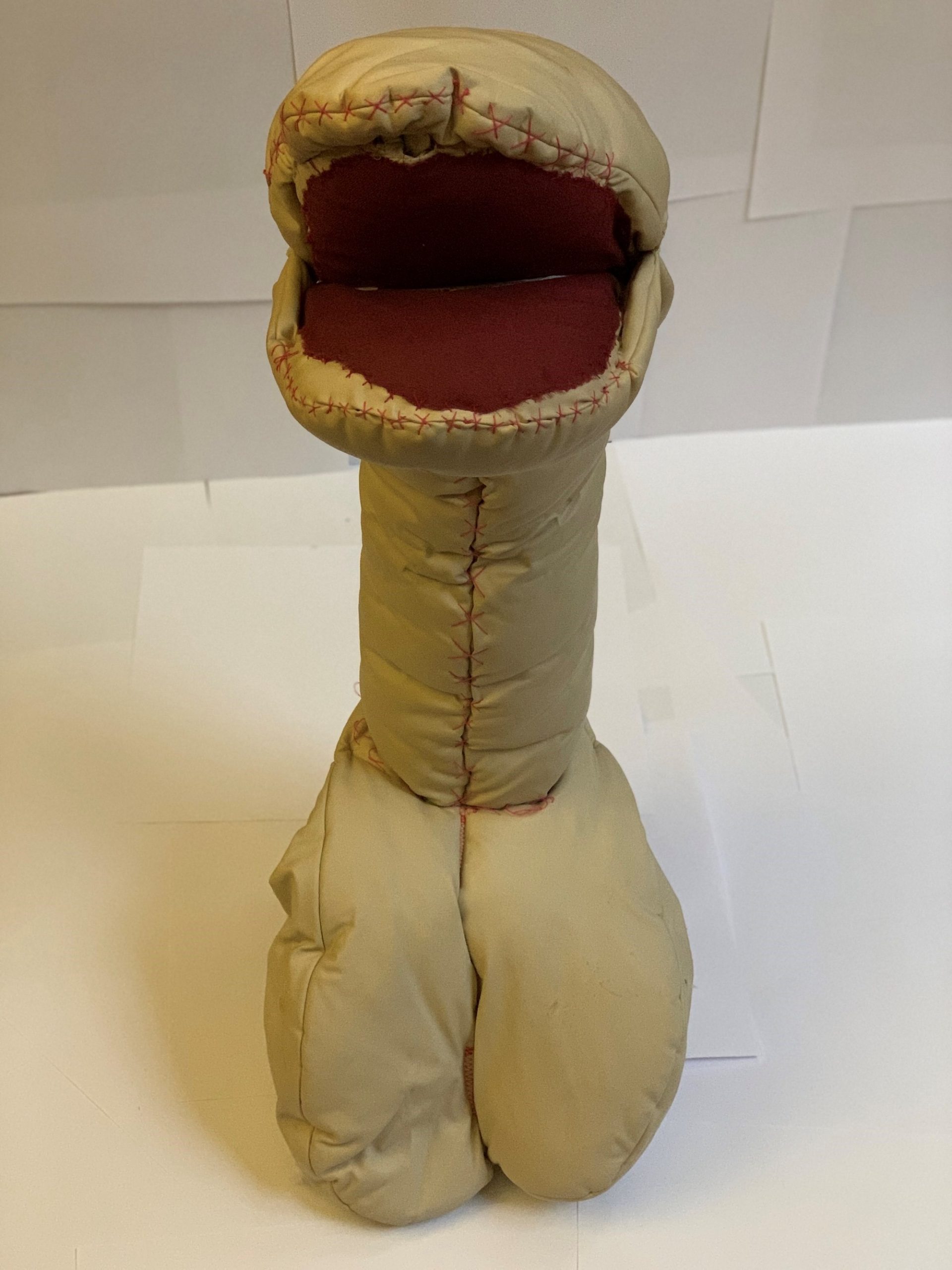 Puppet used in a performance of “The Puppetry of the Phalloplasty” by Transfabulous, a performance group that created events and performance opportunities for the transgender community between 2006 and 2012

The exhibition tells the stories of well-known activists, such as Mark Ashton, the founder of Lesbians and Gays Support the Miners. On display is the truncheon Ashton stole from a police officer during a demo in 1987, just four weeks before he died of AIDS. Alongside these more high-profile examples are the stories of ordinary people included in the exhibition, a reminder of the importance of honouring a range of “queer ancestors”.

Through years of archiving protest, Dickers has come to understand its cyclical nature. He explains how among activists, tangible items like badges, placards and zines, have made a resurgence. And as the country becomes increasingly politically polarised, it’s easy to draw parallels between now and Thatcherite Britain. Banners from Section 28 protests are not dissimilar to the placards of the Black Trans Lives Matter march in 2020. “A lot of the stuff [on display], particularly the Act Up banner, is stuff that goes out all the time now on activist demos,” says Dickers. “In fact, someone asked to borrow it last week.” 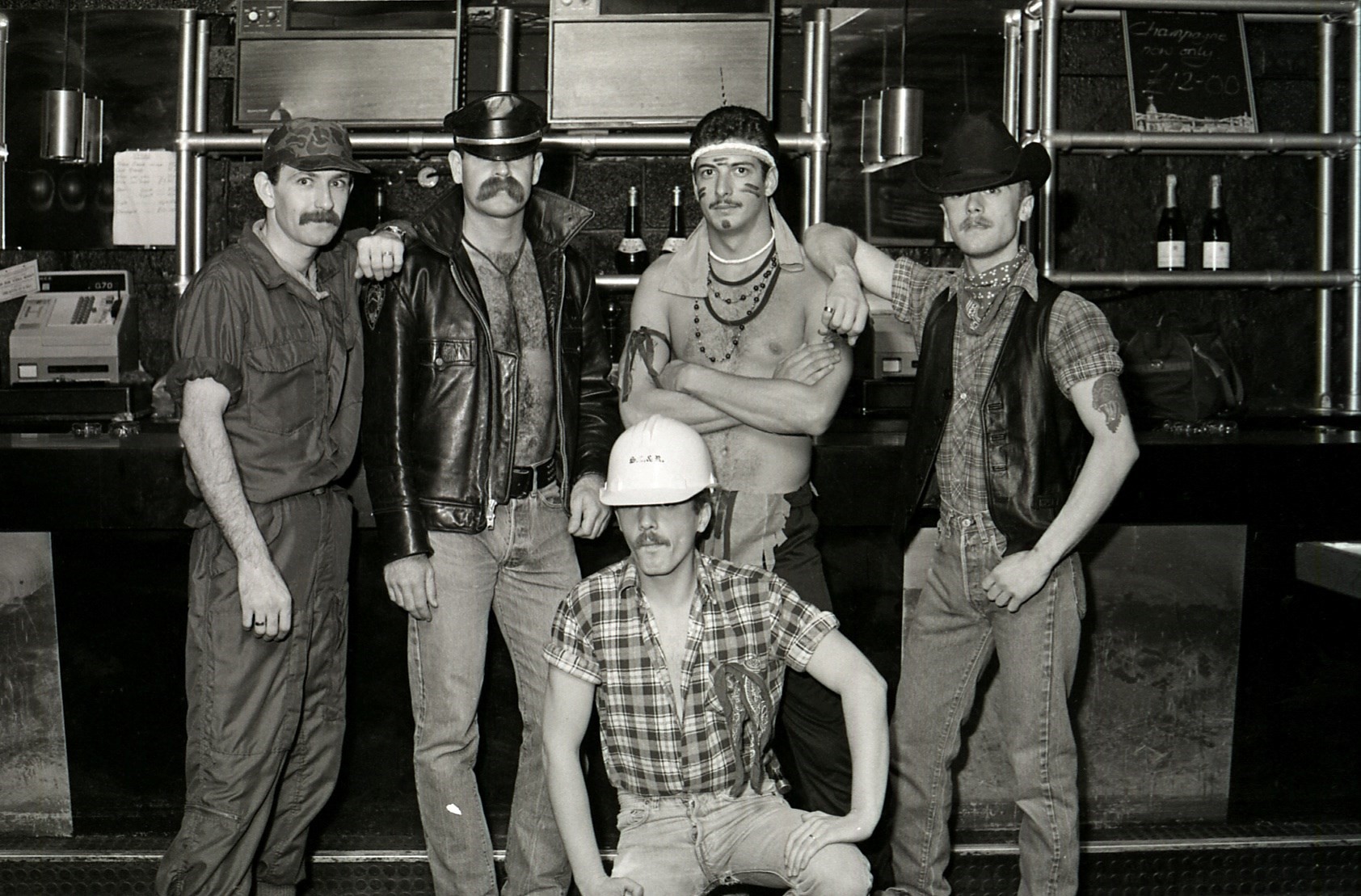 Volunteers from the London Lesbian & Gay Switchboard dress as the Village People for a fundraiser event held at Heaven nightclub, 1982. Photography by Gordan Rainsford

But as the community reckons with new challenges, like the rise in transphobia and the all-time high in reported LGBTQ+ hate crimes, Dickers also hopes to highlight the joy of being queer. “[We wanted] to make sure that all of the voices were heard here very powerfully, but also, that the stories on the whole were positive and inspiring, because it is shit times,” he says.

And, of course, showing solidarity goes beyond attending a protest. Many items from the archive illustrate how, for the LGBTQ+ community, ordinary acts often become moments of extraordinary bravery. One of Dickers’ favourite artefacts is a training shirt from Stonewall FC – the UK’s first openly gay football club. 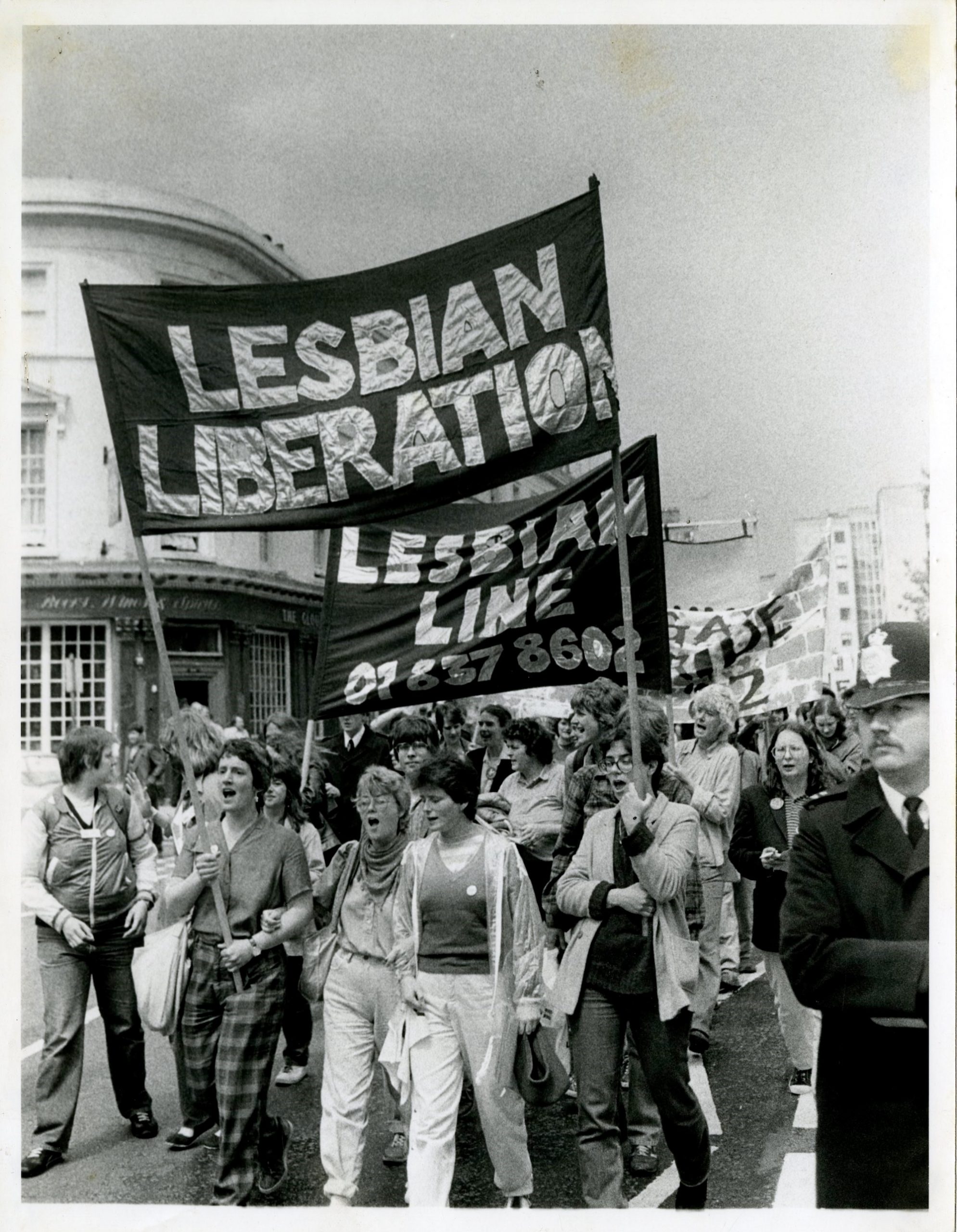 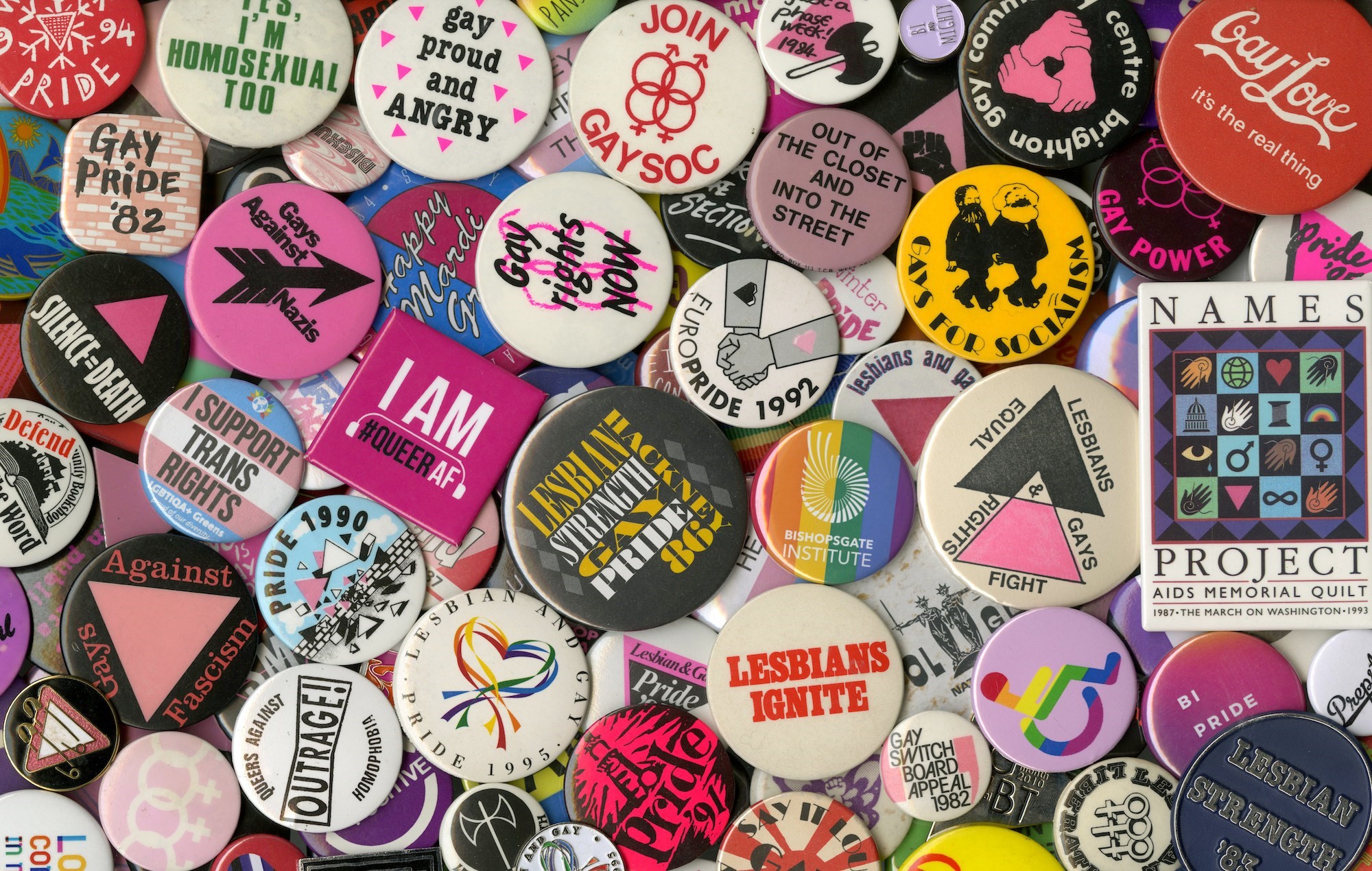 LGBTQ+ badges dating from 1982 onwards from protests and campaigns

“It shouldn’t just be about the overtly political, it should be about culture and society and writing books and poetry and dancing,” says Dickers. “I would say some of those stories around dancing, playing sport, are equally as political as marching with a banner.”

Designed and built by an entirely queer team, Dickers explains that this isn’t a traditional exhibition with items “hidden behind glass cages”. The “queer space” is interactive, safe and celebratory, which he hopes will encourage visitors to sit and spend time exploring the objects.

“When people think of archives, often it’s like something alien to them,” Dickers explains. “Bishopsgate is very much about everyone’s experiences being important and everyone being able to access their history. So it’s very important for it to be free as well, so people can just wander in.” 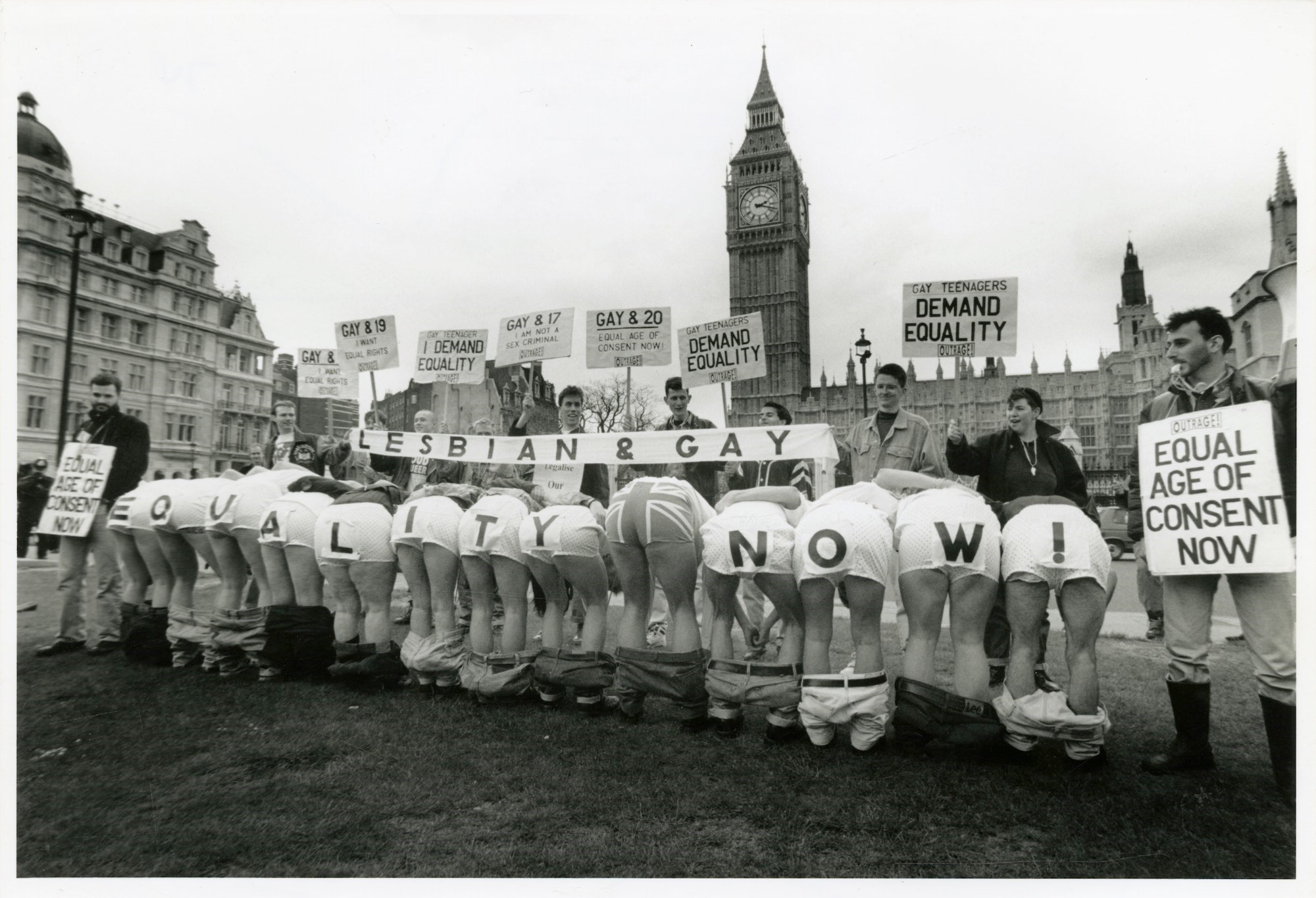 In April 1992, OutRage! members dropped their trousers in their “Bend Over For Your Member” demonstration outside Parliament. Courtesy of the Gordon Rainsford archive 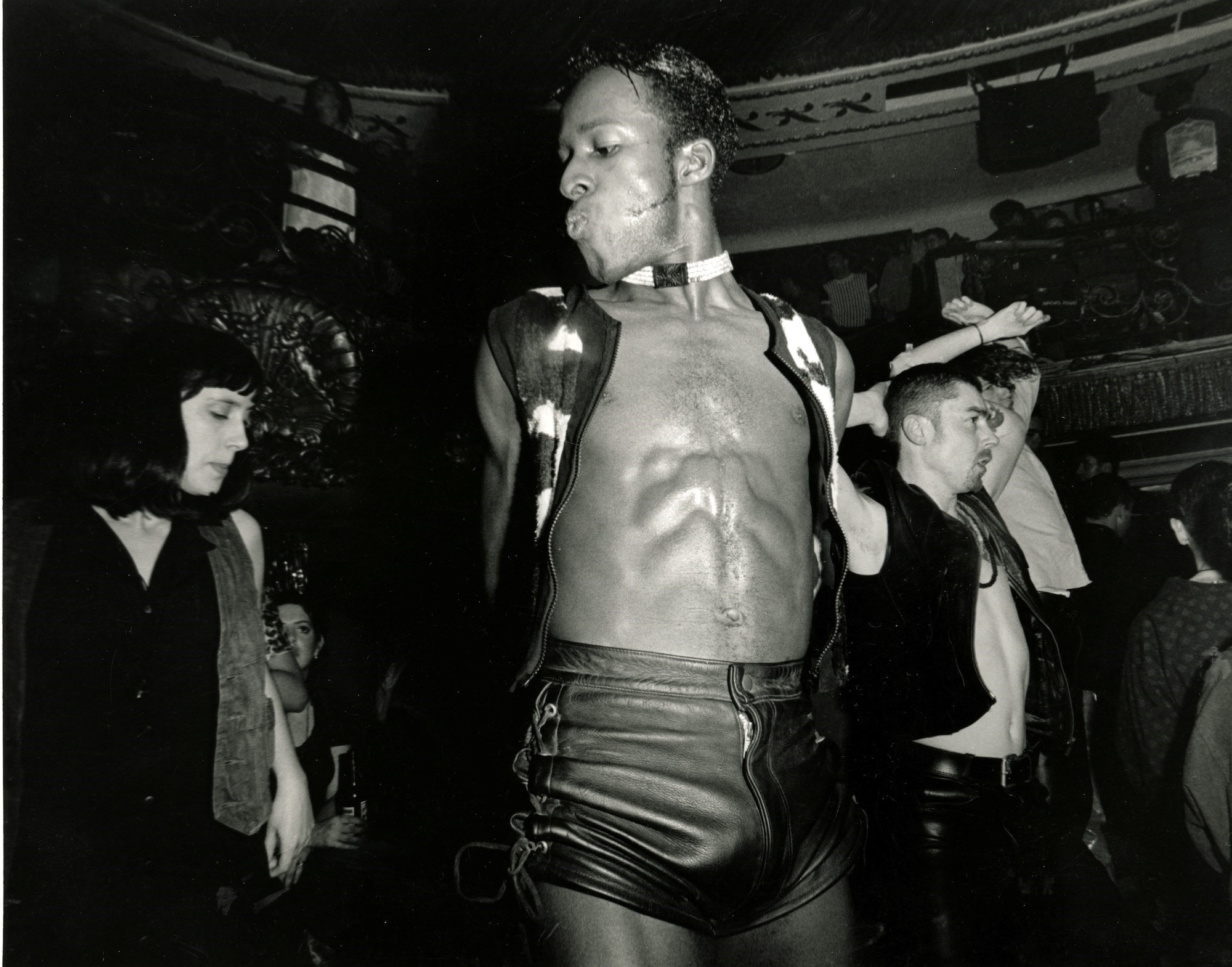 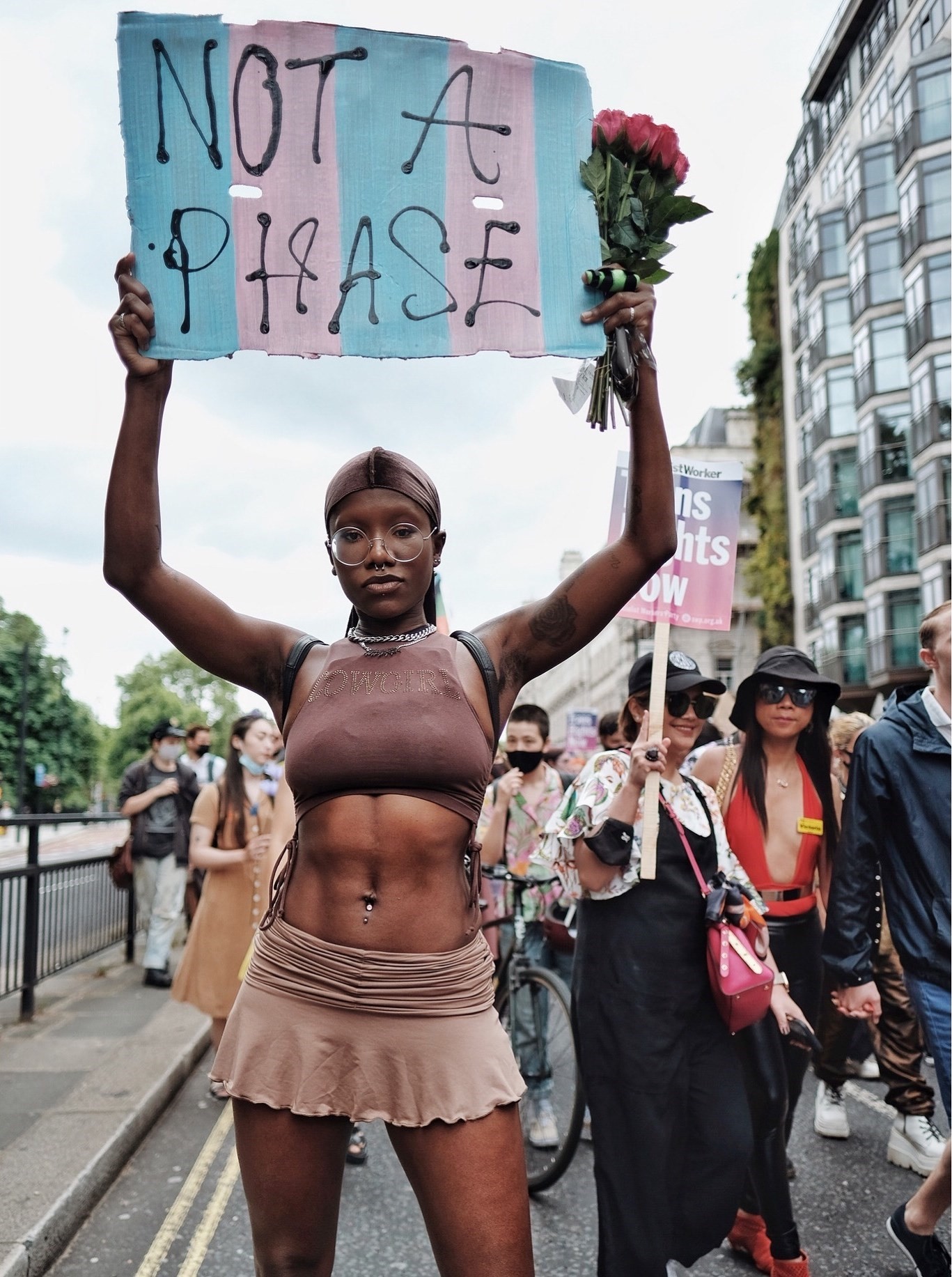 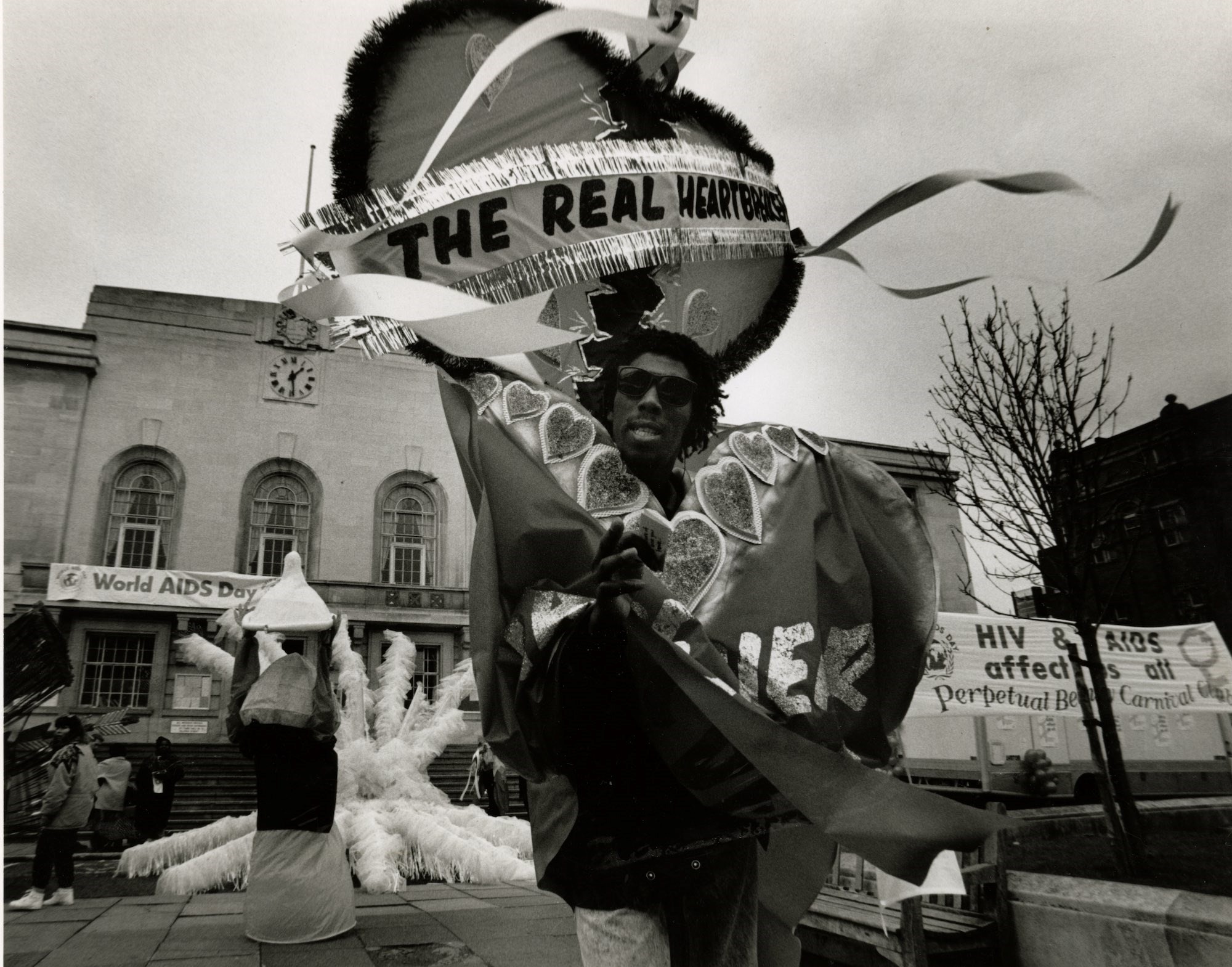 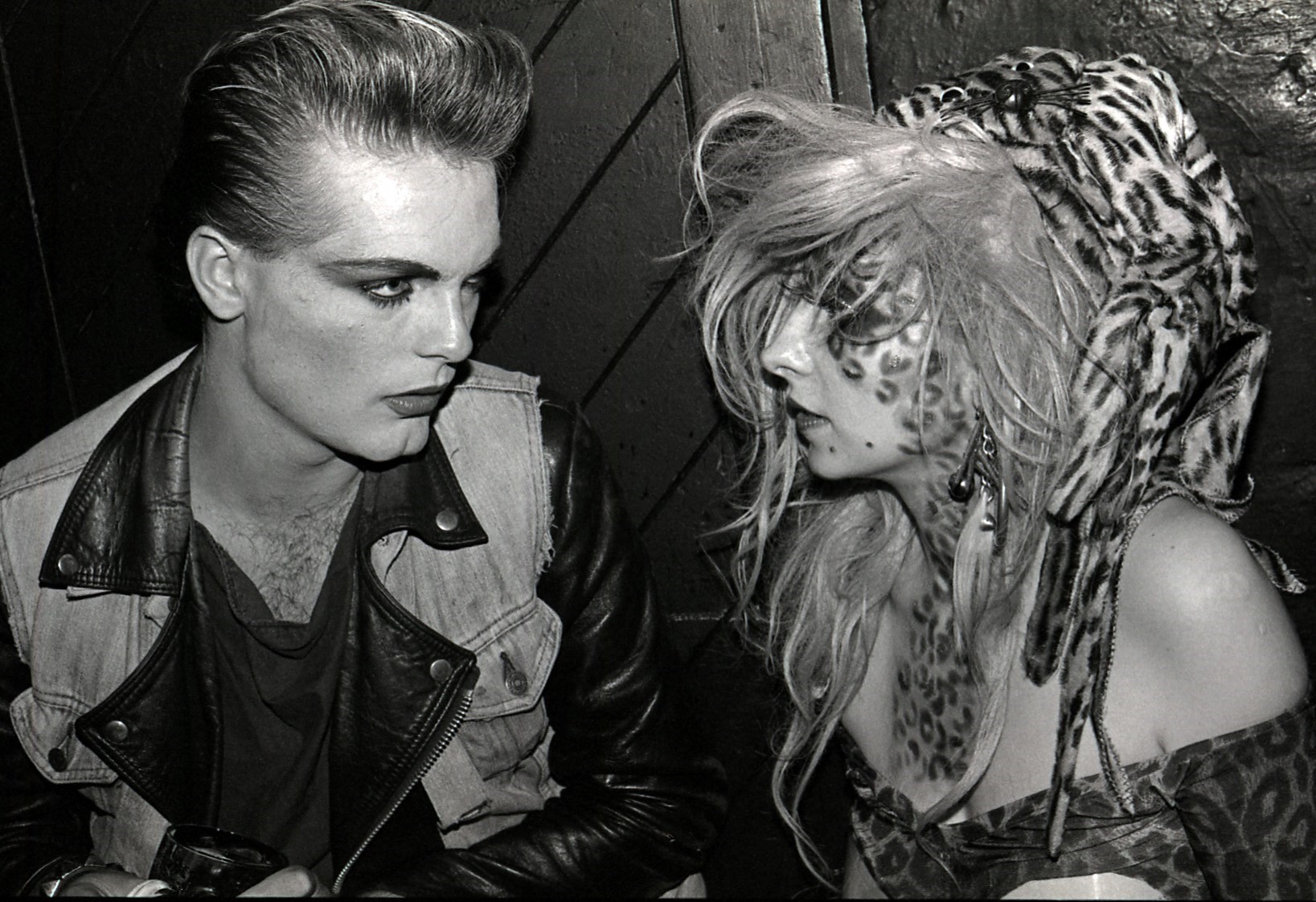 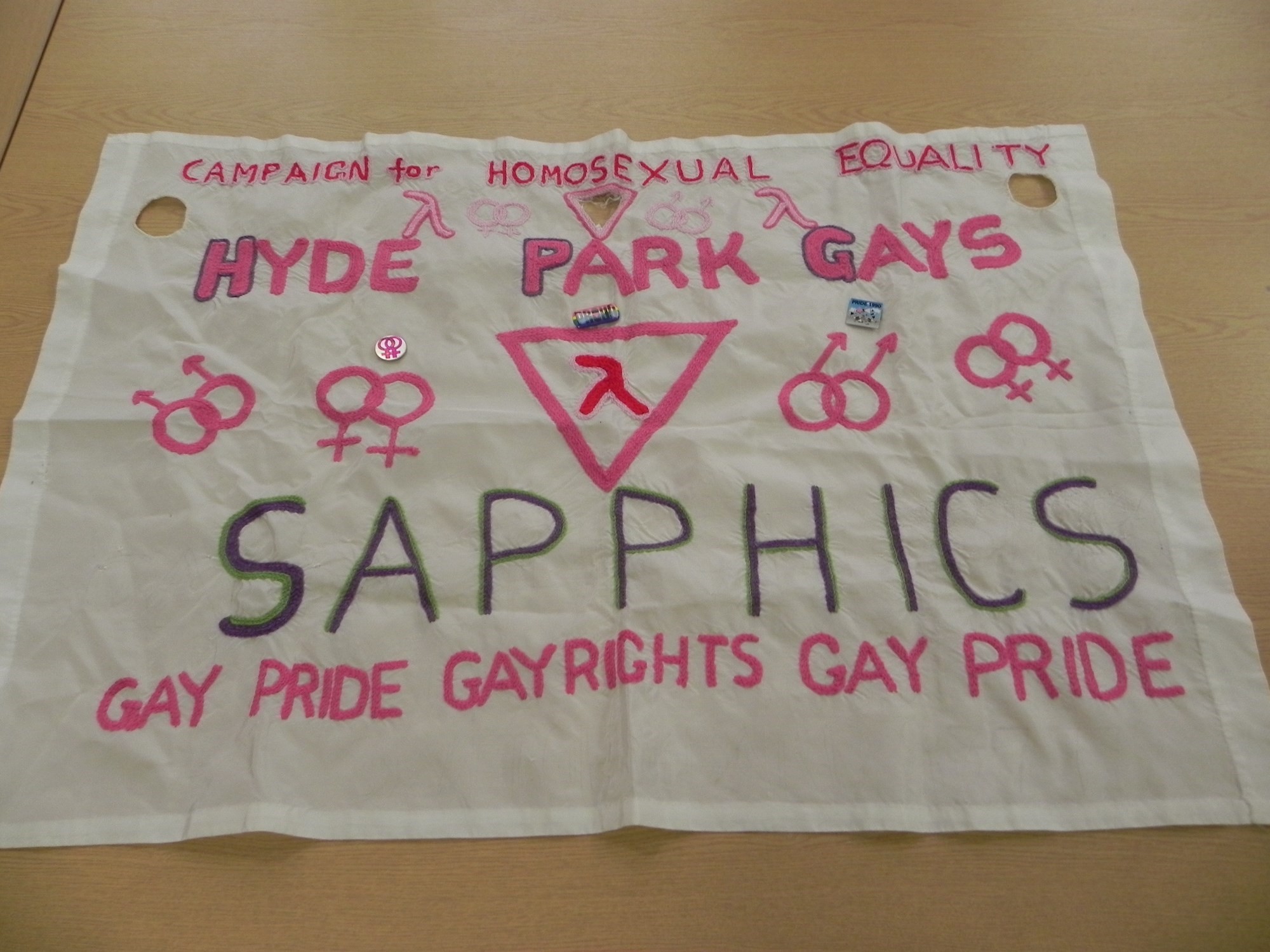 Out and About! Archiving LGBTQ+ history at Bishopsgate Institute is on through 21 March 2022.

Linkedin
RELATED ARTICLES
OTHER ARTICLES
We introduce our series spotlighting the voices of people who’ve been impacted by anti-abortion laws and anti-choice protestors.
Tough fines and arrests for drug possession and supply is pushing festival-goers towards unsafe measures to consume or smuggle in their substances.
Last week, Tower Hamlets council removed its nudity-restricting licensing conditions in a huge win for London’s kink community.
A new series of photos by Johny Pitts shines a light on communities and subcultures that have all too often been overlooked.
Following the release of his latest album, the rapper talks about finding a new approach to songwriting, attitudes to poverty, and why his music is more than a political statement.
A 28-year-old from Texas was forced to travel across state lines for an abortion that would save her life and end a pregnancy that her baby had no way of surviving.