Art & Culture / A flamboyant portrait of a traditional Mexican dance 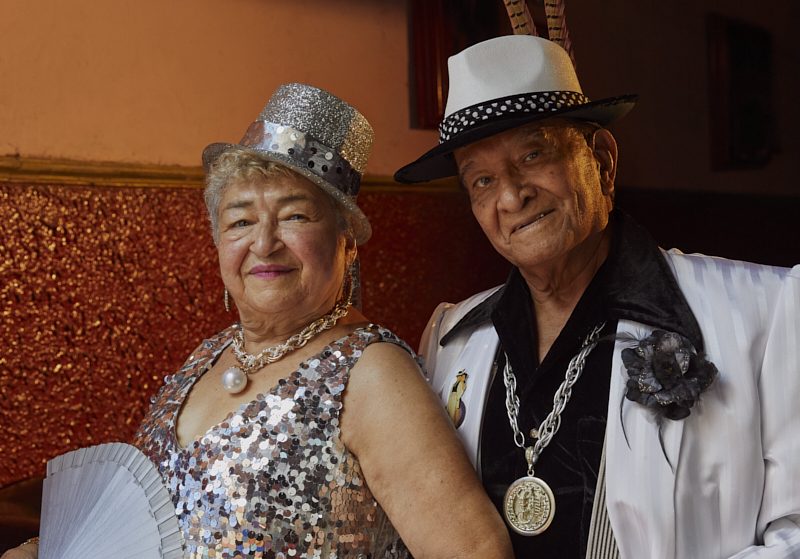 For three years, Chiara Bonetti has been documenting individuals across Mexico City who are keeping a traditional dance form alive.

For three years, Chiara Bonetti has been documenting individuals across Mexico City who are keeping a traditional dance form alive.

One Sunday afternoon in early 2020, during a trip to Mexico, Italian photographer and filmmaker Chiara Bonetti was dragged along by a friend to Salón Los Ángeles – one of the last remaining dance halls in Mexico City. It was here that she discovered the exuberant world of Danzón for the first time. “As soon as I stepped into the place I was overwhelmed by a nostalgic feeling of an elegant past and its peculiar characters,” says Bonetti. “It was like entering a fantasy world. There was such a beautiful vibe and so many stories to be learned.”

Although she was initially unaware of Danzòn’s popularity in Mexico, Bonetti felt “drawn into what felt like a very familiar environment”. Soon, she started taking photographs – first at the Salón Los Ángeles, and then frequenting other dance halls across Mexico City, where she met regular attendees and built connections, through which she gained a deeper insight into the scene. 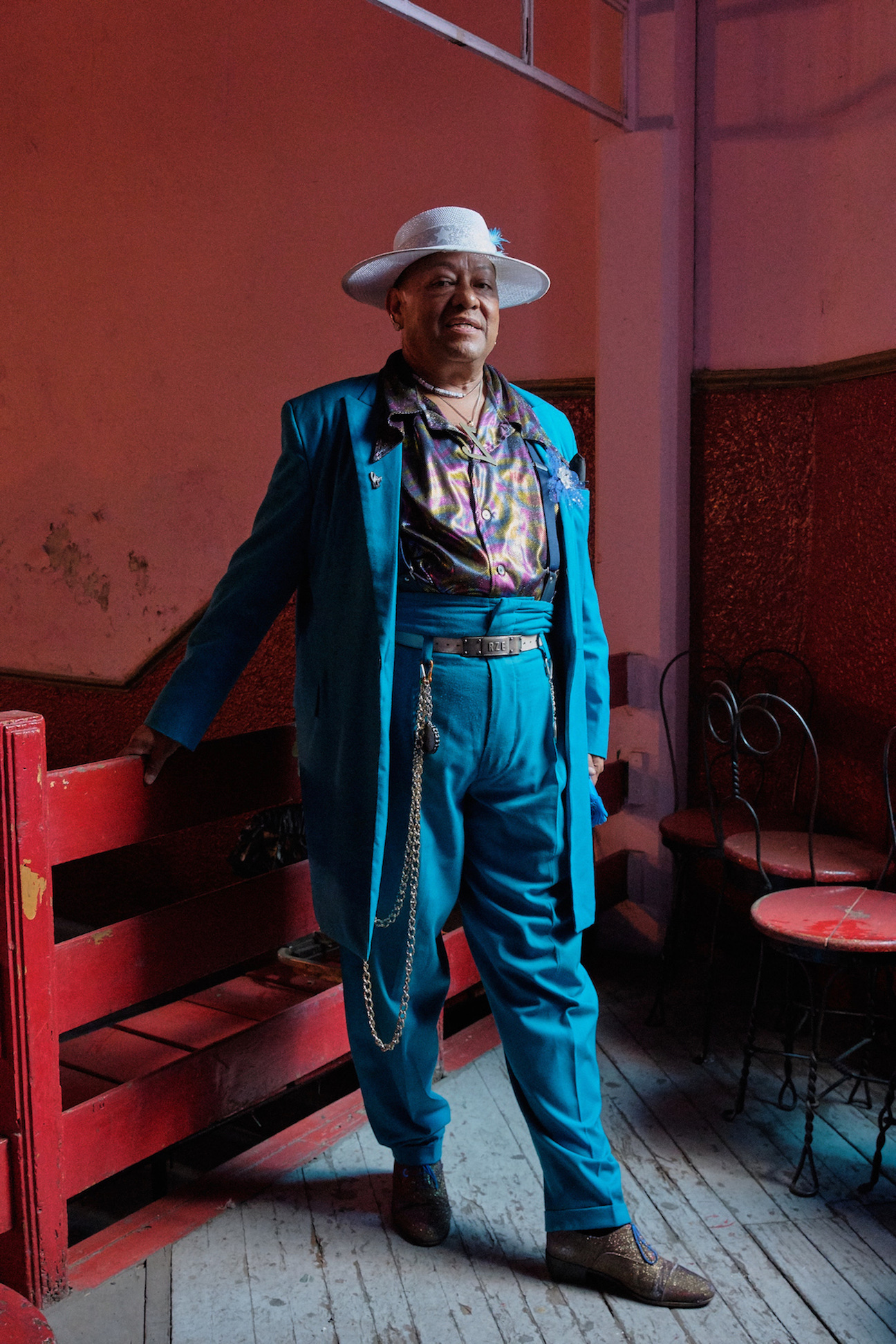 Originating in Cuba during the 19th century, Danzòn emerged from a blend of European sounds and African rhythms. After arriving in Mexico via Veracruz, it wasn’t long before Danzòn culture took root, its lively rhythms chiming from public squares, parks, bars and backstreets. With its slow, arousing tempo and racy, swaying dance steps, Bonetti says it was also considered somewhat controversial at the time. “The close proximity between dance partners and the women fanning themselves seductively was very provocative,” she explains.

At its peak in the 1940s and ’50s, dance halls proliferated across Mexico, drawing an eclectic audience from politicians to sportsmen, and members of the working class to well-known actors. The Salón Los Angeles became a haunt for leftist artists and writers, with Diego Rivera, Frida Kahlo, Gabriel Garcia Marquez and Carlos Fuentes among its visitors. 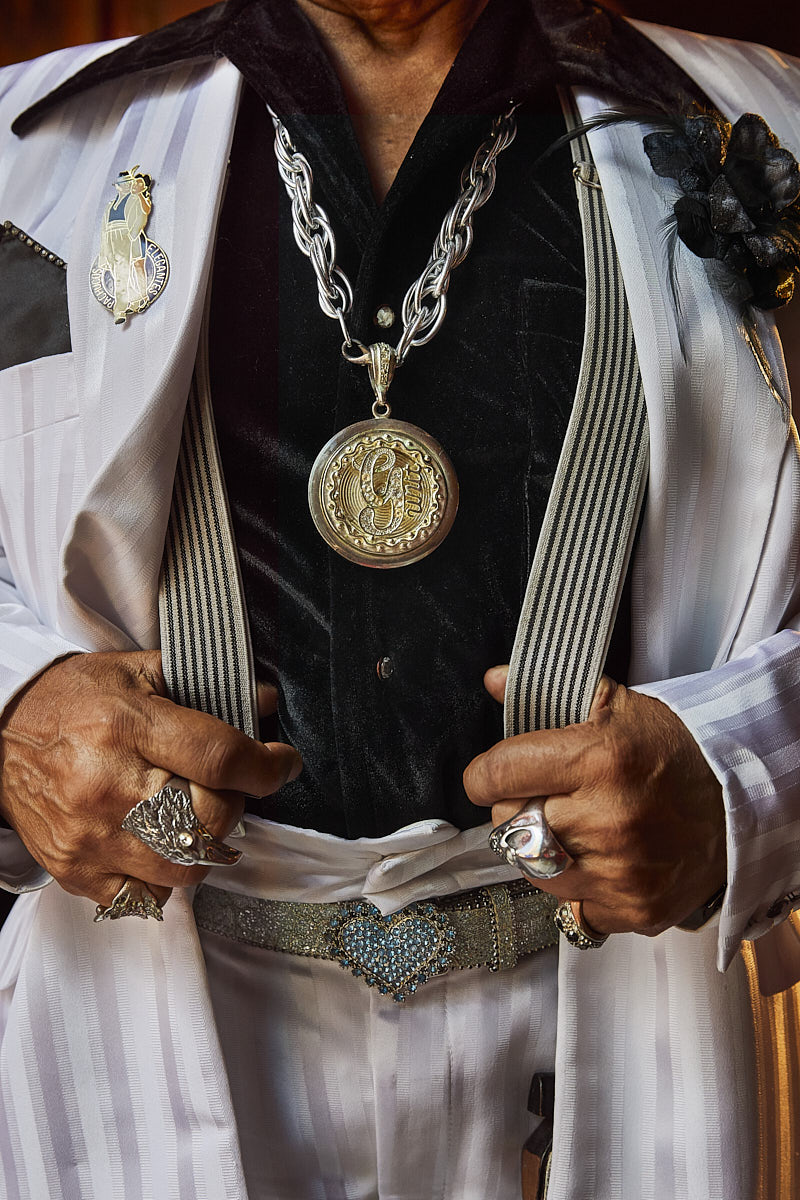 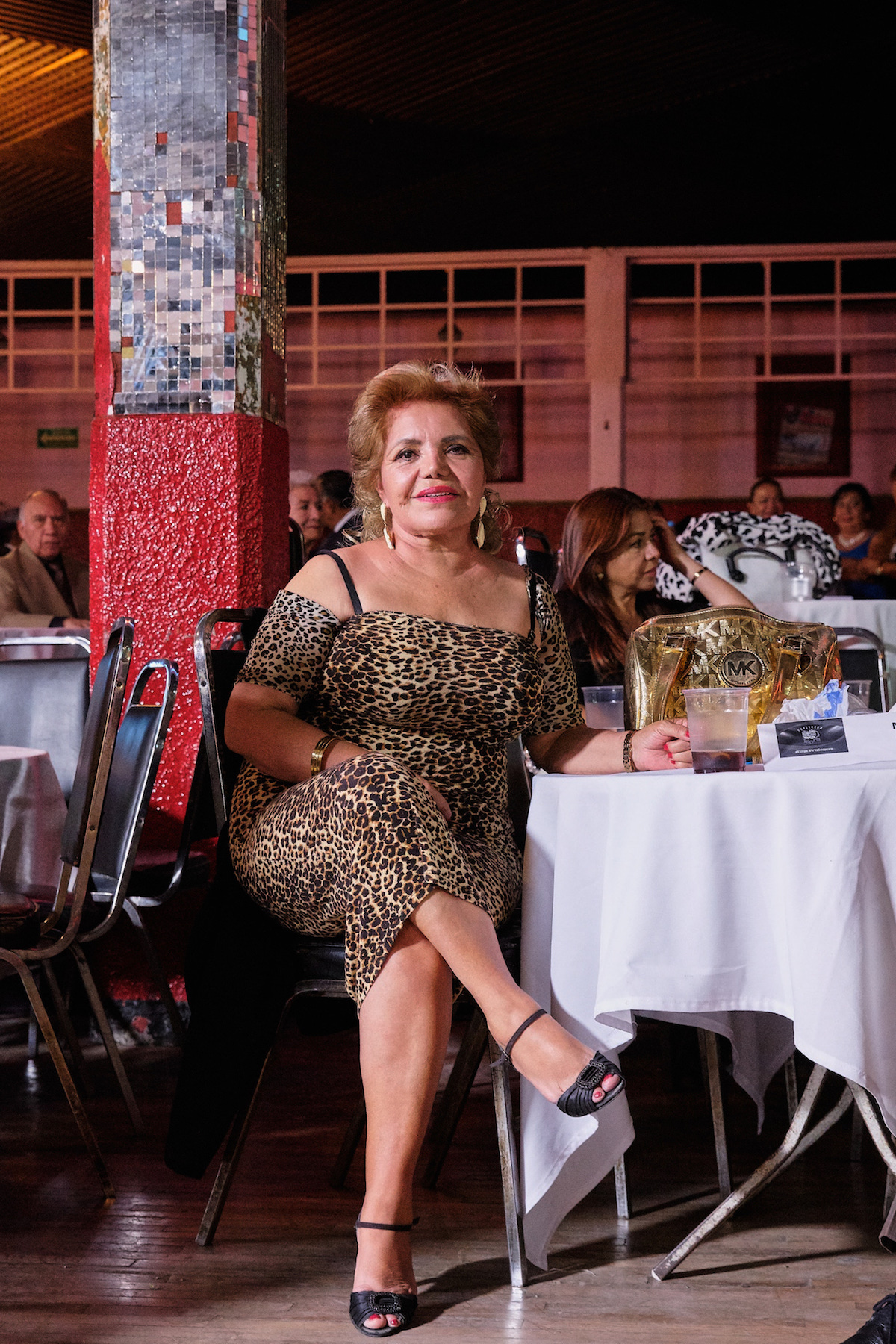 “Today, dance halls are one of the few remaining places in the city that offer a meeting point for those who have made Danzón part of their identity,” says Bonetti. And by extension, they have become a way to preserve a vibrant tradition that is at risk of disappearing as dance halls close down – largely due to the economic downturn.

Despite this, Bonetti found a dance scene that is still very much alive in Mexico City. While the majority of dancers she encountered were between 55 to 90 years old, Bonetti claims there is no single age group for Danzón; she’s seen both young and old couples dancing alongside each other. 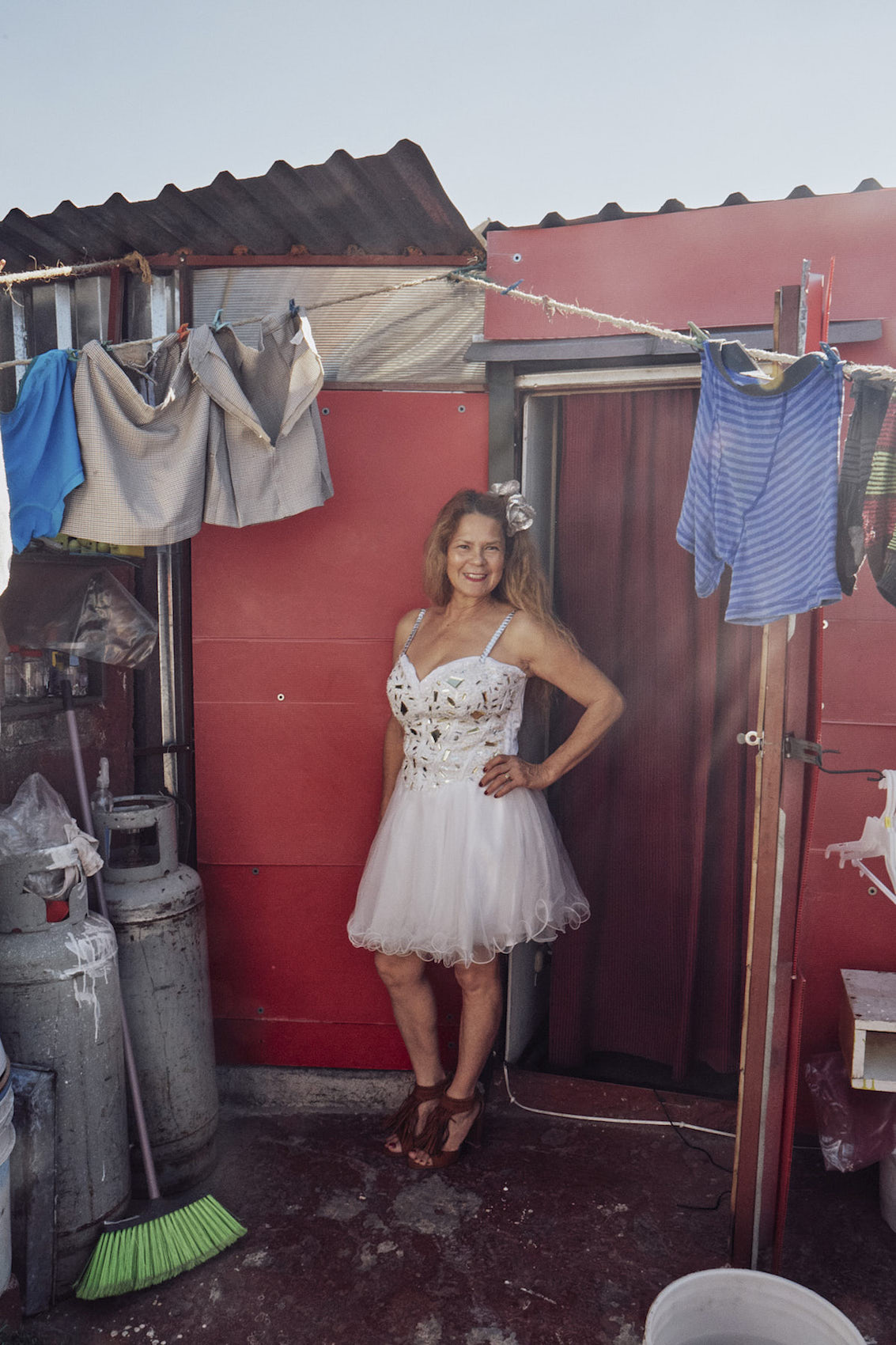 One distinctive feature of Danzón is the flamboyance of the costumes, as dancers often take great care – particularly in the larger establishments – to dress elegantly for the events. Dance partners frequently wear colour-coordinated outfits and sometimes spend days preparing to get an outfit just right.

“This mutation from an ordinary person, from a working-class neighbourhood, from a pensioner to a persona with a specific role within their community … is what keeps them so energetic, so positive and so passionate,” says Bonetti.

It was these rituals of preparation that fascinated Bonetti the most. As she got to know more people, Bonetti began visiting the homes of several danzóneros to see how they transform themselves for performance. 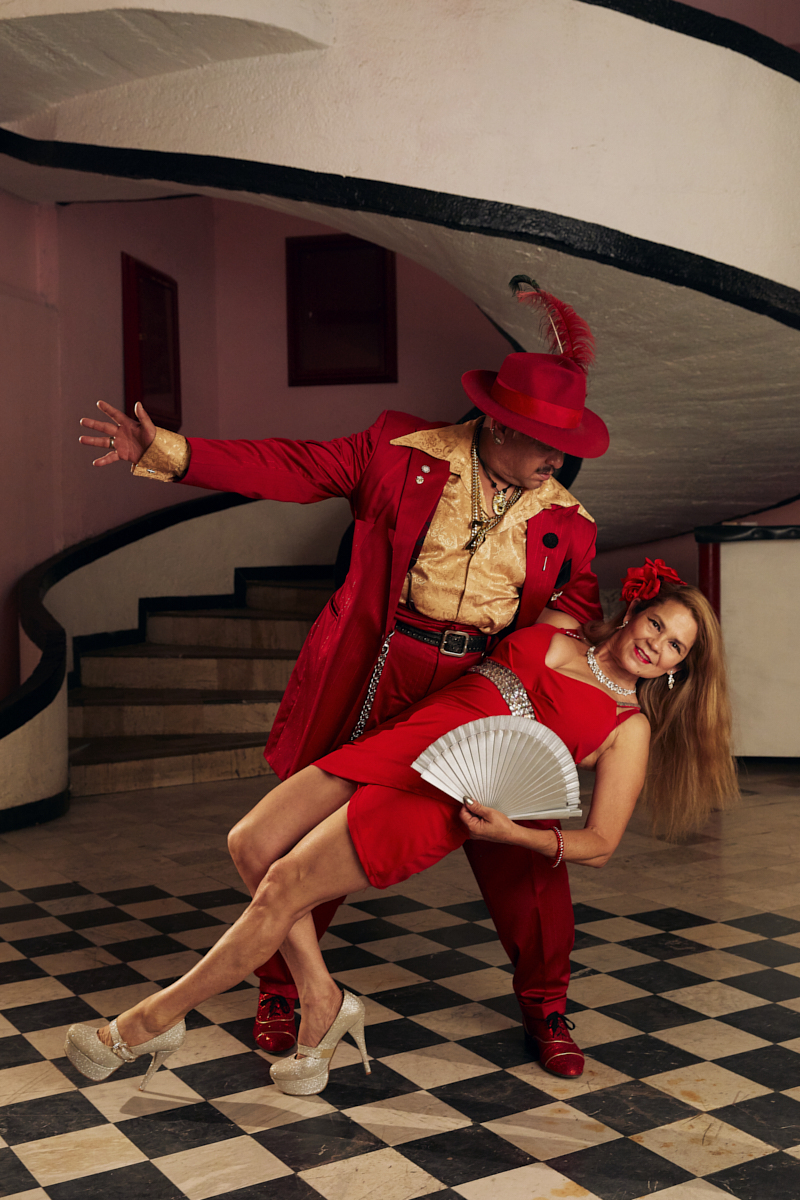 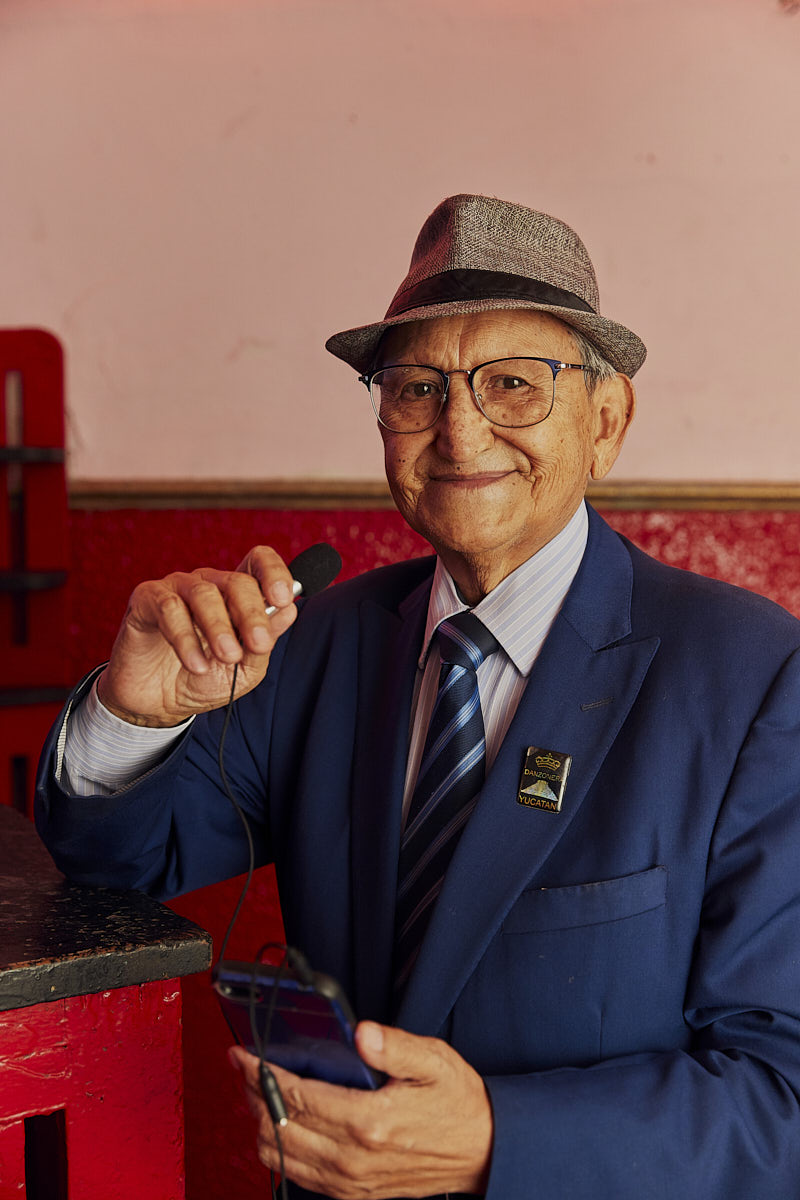 Bonetti also notes how important community was among the danzóneros; a sense of belonging that was evident from the outset. Even as an outsider, Bonetti found that people were welcoming and willing to share their love for the dance, as well as their personal stories with her. “Danzón is like a big family,” she reflects. “They meet so frequently, that you can really sense the intimacy of their bond and the friendships they develop.

“Deep down, we all try to belong to some group and the comparison with others makes us feel alive. I believe that Danzón means belonging, life and freedom for these old dancers. Being part of this community is what makes them feel energetic and young in their souls,” says Bonetti. “That’s why age and time here seem to lose their negative perceptions.” 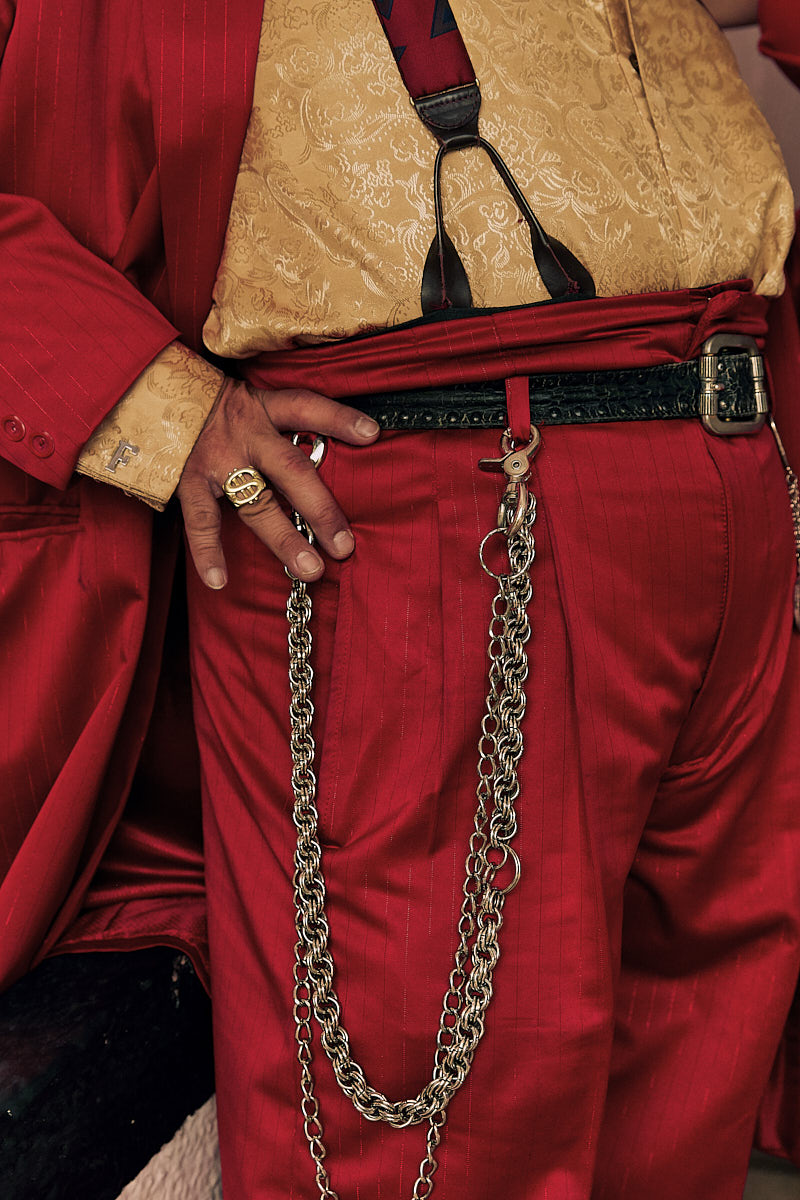 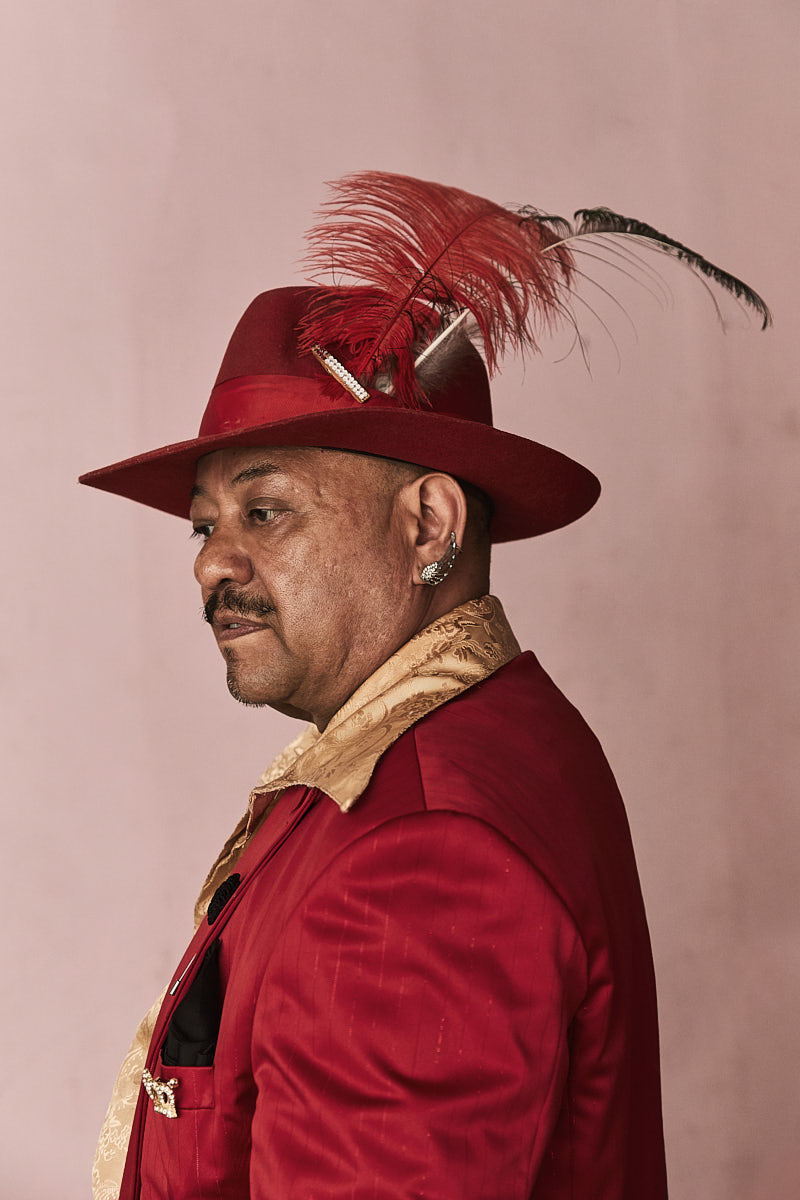 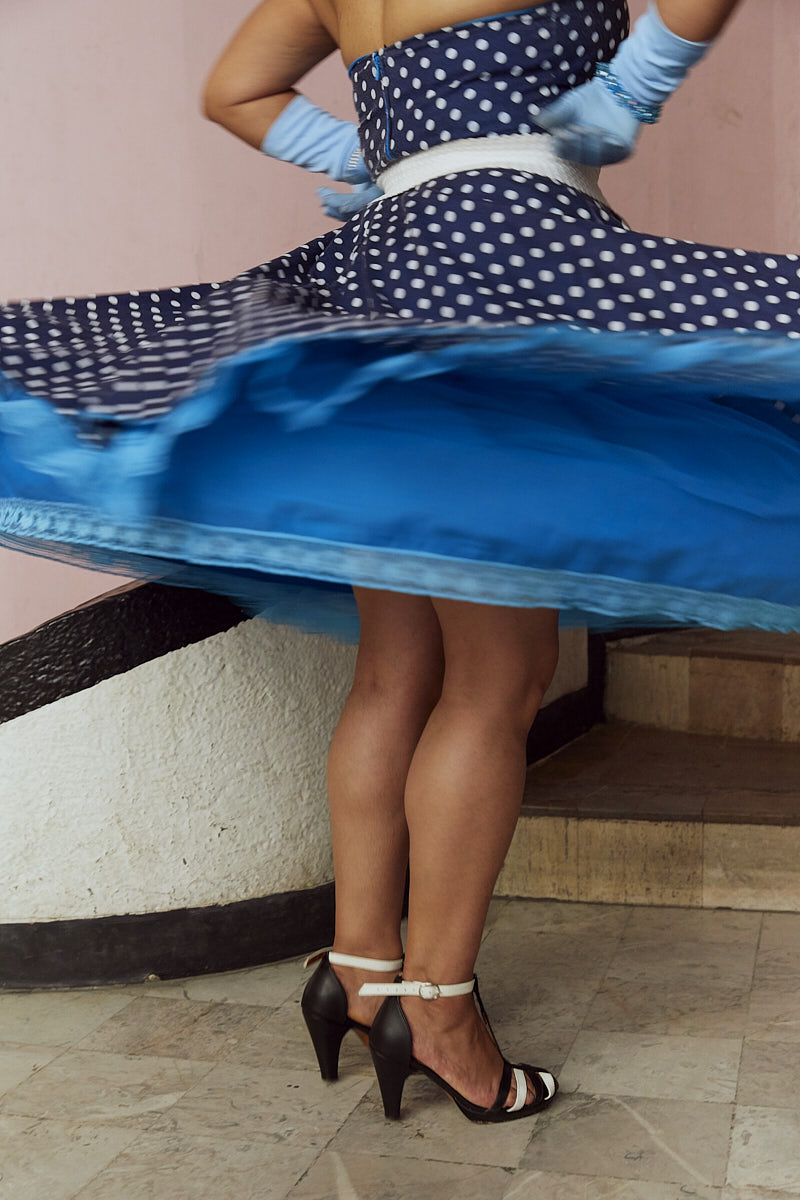 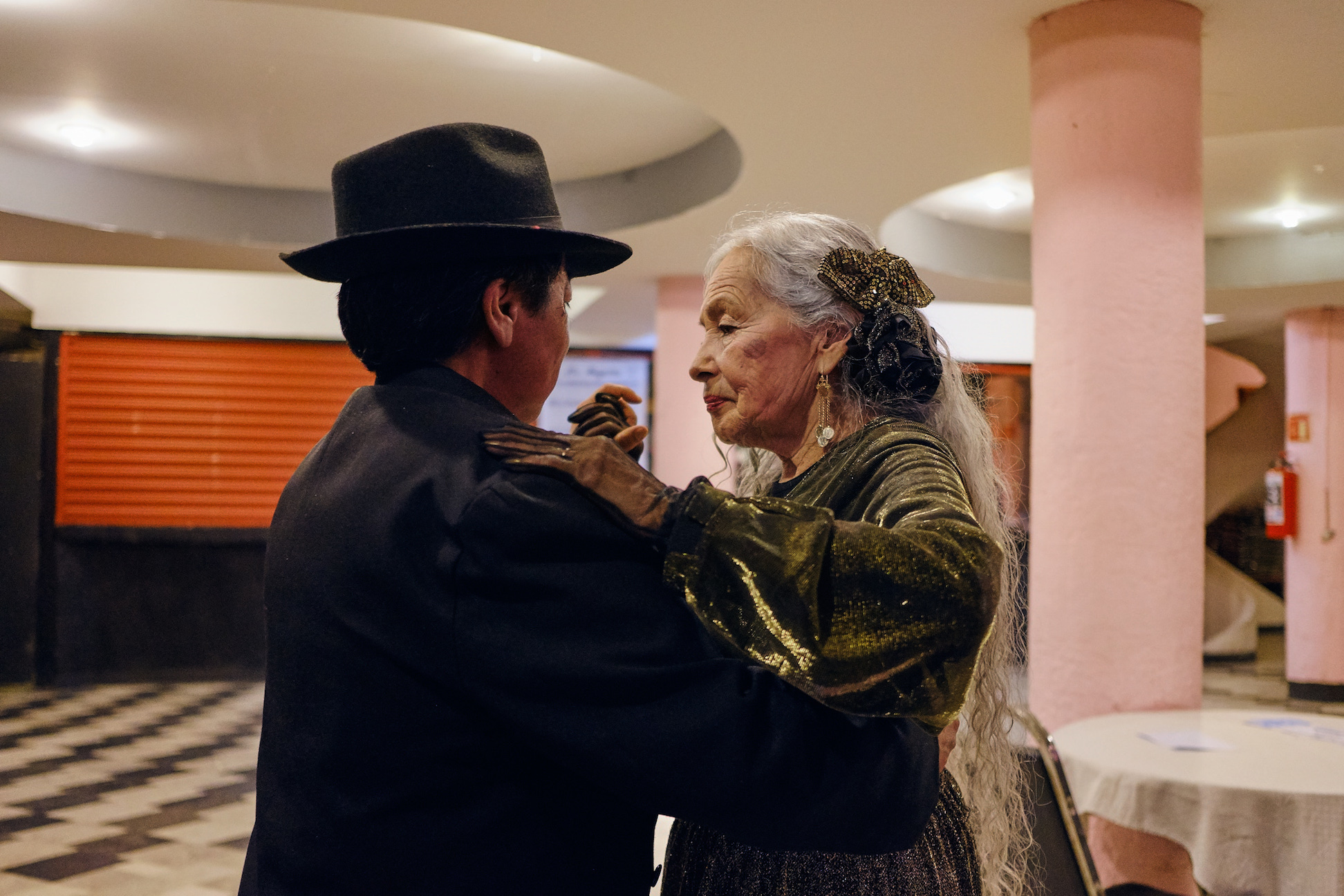 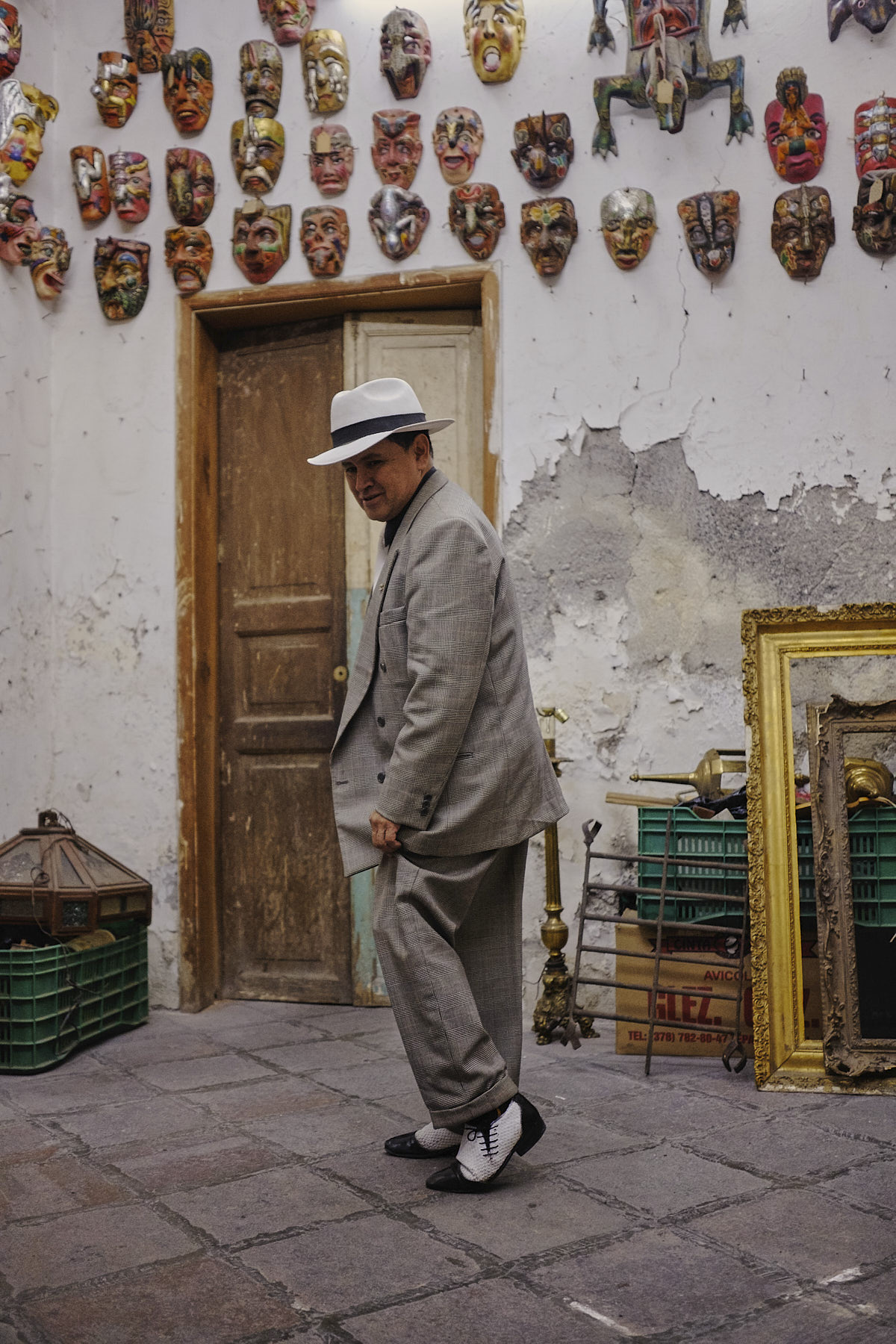 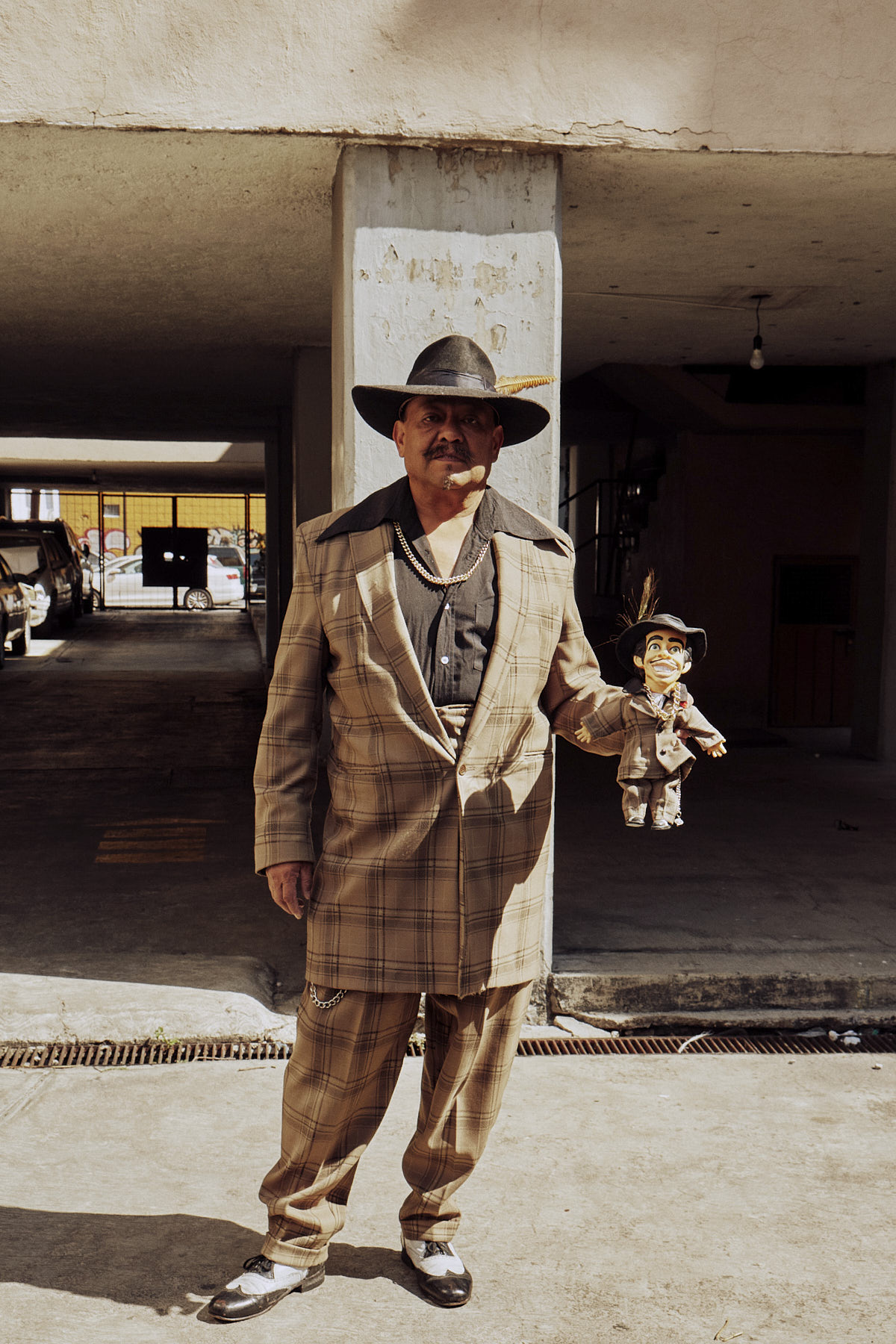 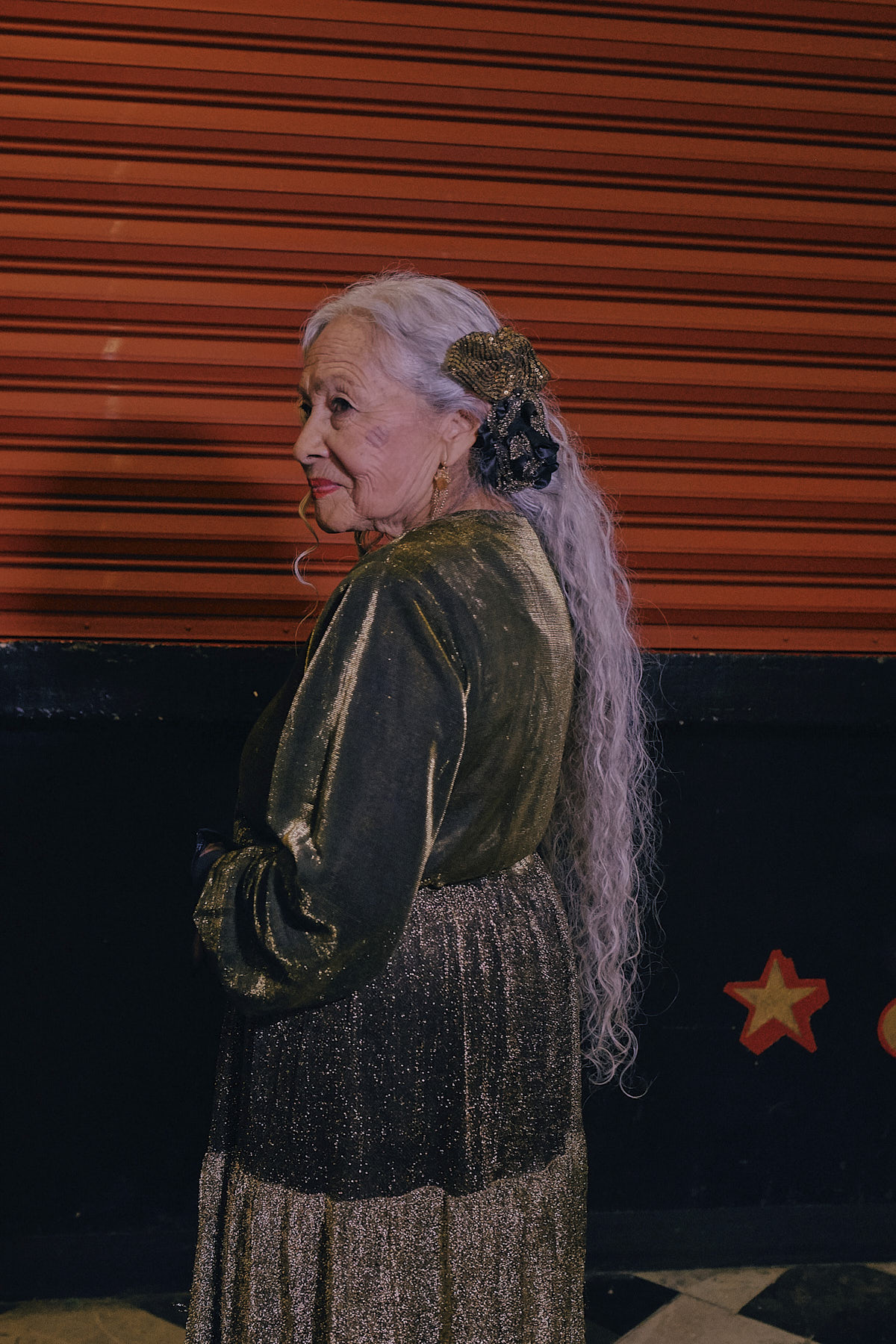 See more of Chiara Bonetti’s work on her official website.

Linkedin
RELATED ARTICLES
OTHER ARTICLES
Over a dozen Stop Deportation activists locked themselves to each other outside a detention centre to prevent coaches taking those due to be on the Rwanda deportation flight from leaving.
Photographer Arthur Grace recalls travelling through the Soviet Bloc and finding ways to evade the surveillance of his work.
The author discusses the all-consuming nature of heartbreak, and turning the experience into an incisive exploration of love and loss.
The singer-songwriter discusses her intimate new project – and the advice she’s picked up across a career as one of rock’s leading voices.
Freddie Miller’s new series of photographs investigates who today’s trainspotters are and what drives their unfettered enthusiasm.
With inflation now at a 40-year-high of 9 per cent, demonstrations organised by TUC took place to demand action from the government.