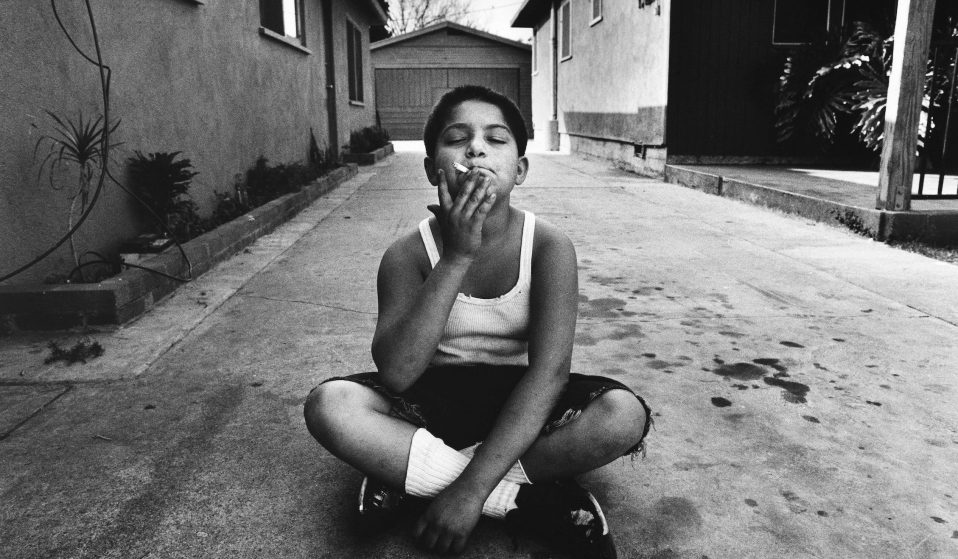 Cristina Salvador Klenz photos of the Roma community offer a vital insight into their everyday lives.

Between 1990 and 2003, Cristina Salvador Klenz spent time documenting a Roma community in the US. Her photos offer a vital insight into their everyday lives and the stigma they face.

When Cristina Salvador Klenz, then aged 20, was on summer holidays from her studies as a photojournalism student at the University of Missouri, she took a visit to Portugal. It was where her grandmother lived and her parents had migrated to the USA from and, it being the first time Klenz had visited without her parents, she was keen to explore.

One day Klenz and her grandmother decided to take a road trip to the north of the country and drove towards Braga, when they saw a cluster of families living by the side of the road.

“Who are these people?” she asked her grandmother. 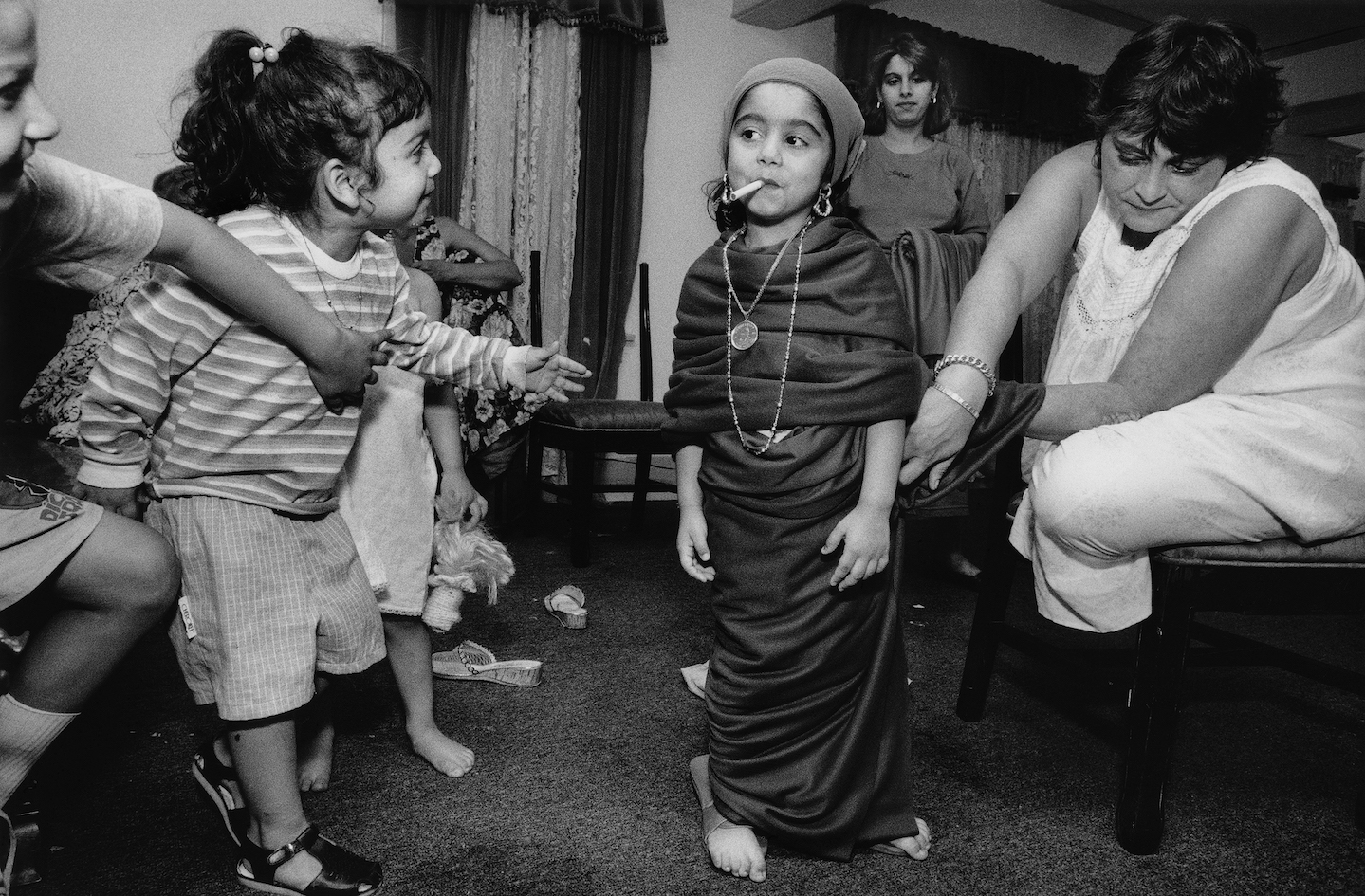 “They’re Ciganos,” her grandmother replied, using the local pejorative for Romani people, a historically nomadic cultural and ethnic people found around the world, who often live in camps like the one Klenz saw that day.

Intrigued by their makeshift homes, she asked to pull the car over and walked over to greet and photograph the families in the encampment with their permission. “I was devastated by the living conditions,” Klenz says. “They were living in shacks, they didn’t have any plumbing or electricity, blankets were strewn over the dirt floor. [But] the children were beautiful and amazing – they were radiant, and they greeted me with open arms.”

She would return to the camp throughout the summer, and the people she met caught her interest so much, that upon returning to the USA, she decided to seek out Romani people in her home state of California. 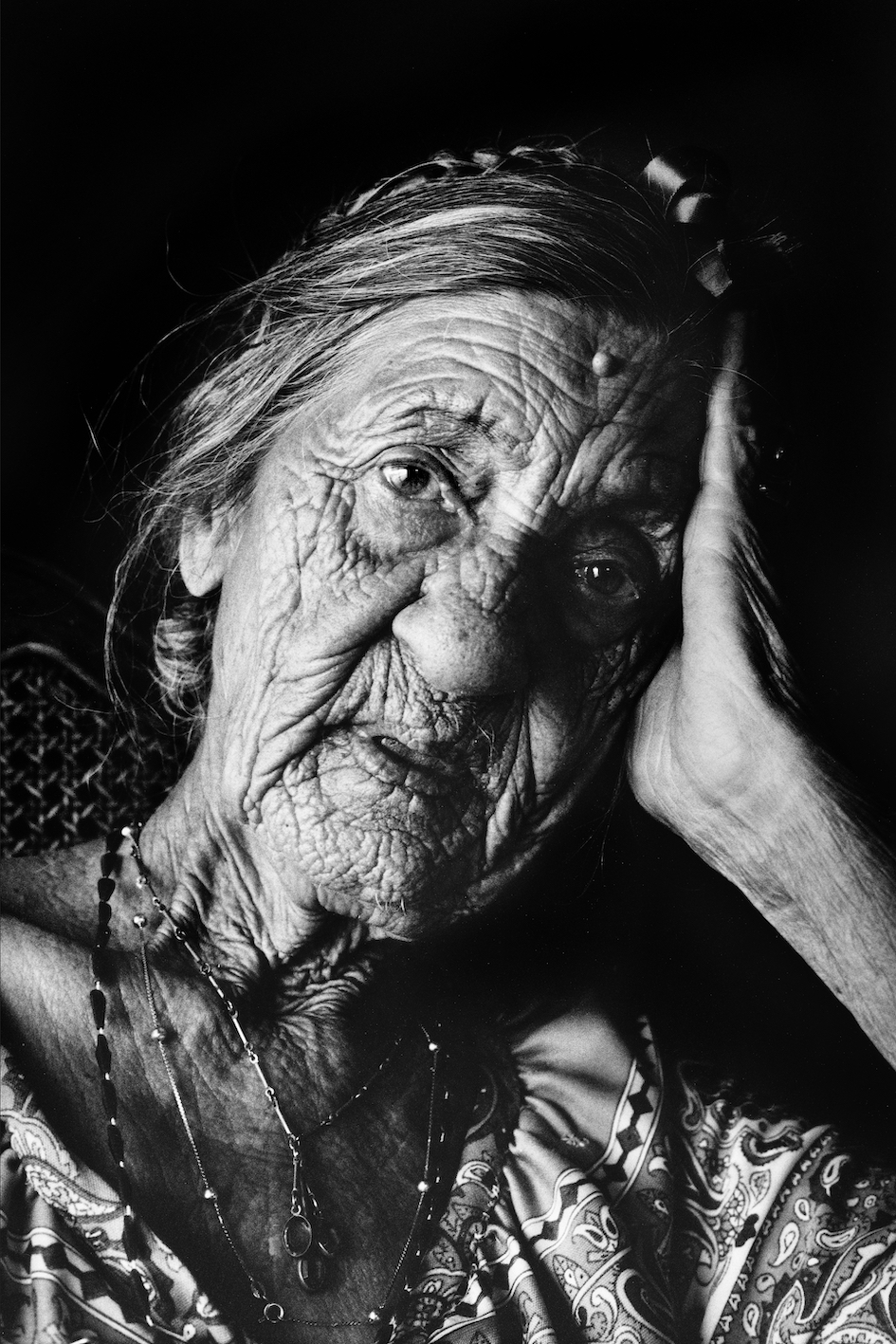 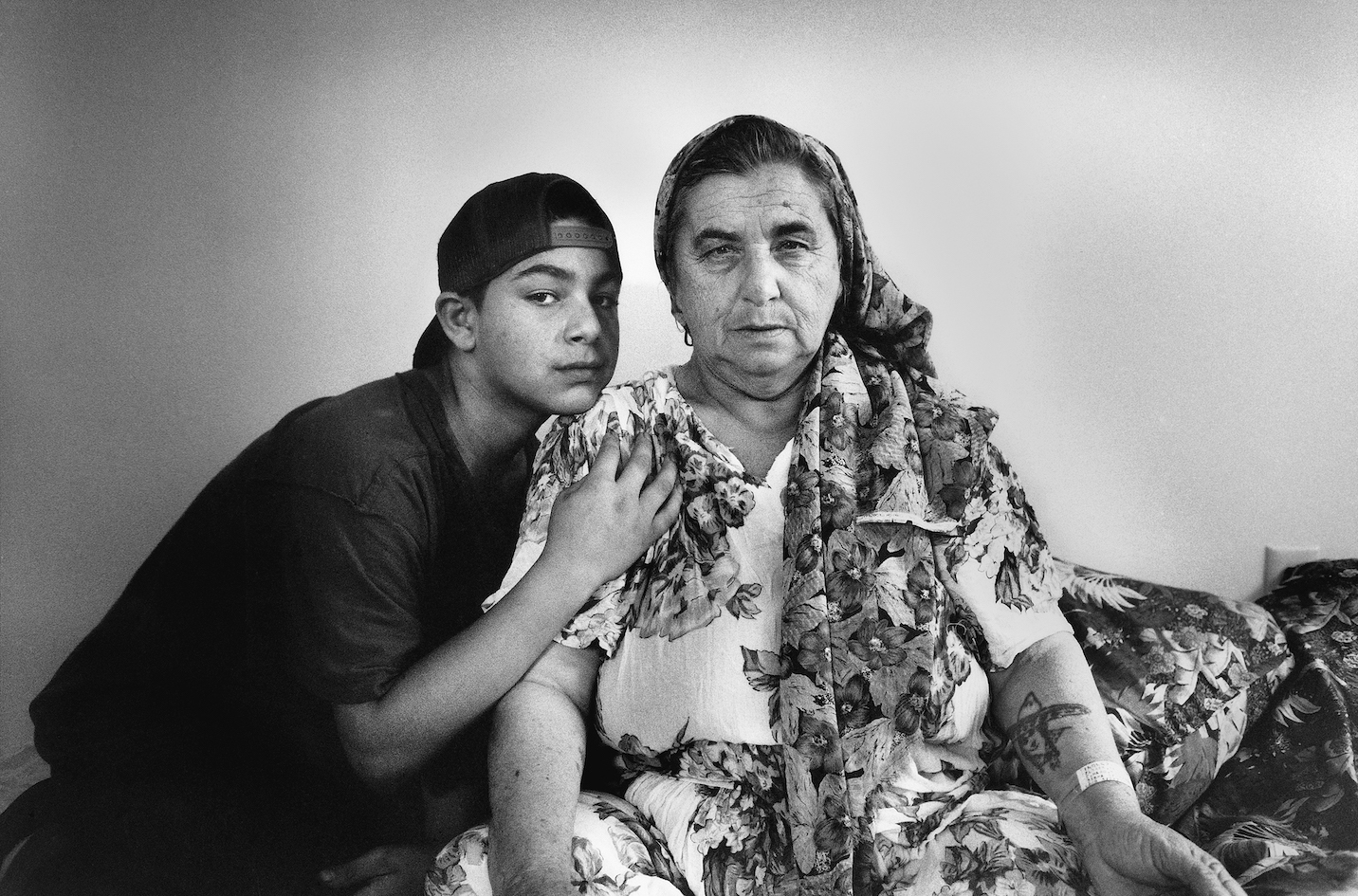 Klenz’s new photo book, Hidden: Life with California’s Roma Families, is a collection of her photographs taken between 1990 and 2003 – of the people she met and befriended who invited her into their homes. Her shots are an intimate look into the cultures, diversity and living conditions of Romani people in the Golden State, who often reside in the towns and cities of the typical American but exist mostly outside of mainstream society.

Their housing situations mostly differ to their counterparts in Europe, with large families residing predominantly in rented accommodation, rather than camps. It renders their existence almost invisible, tucked away in American houses and apartments rather than on roadsides. 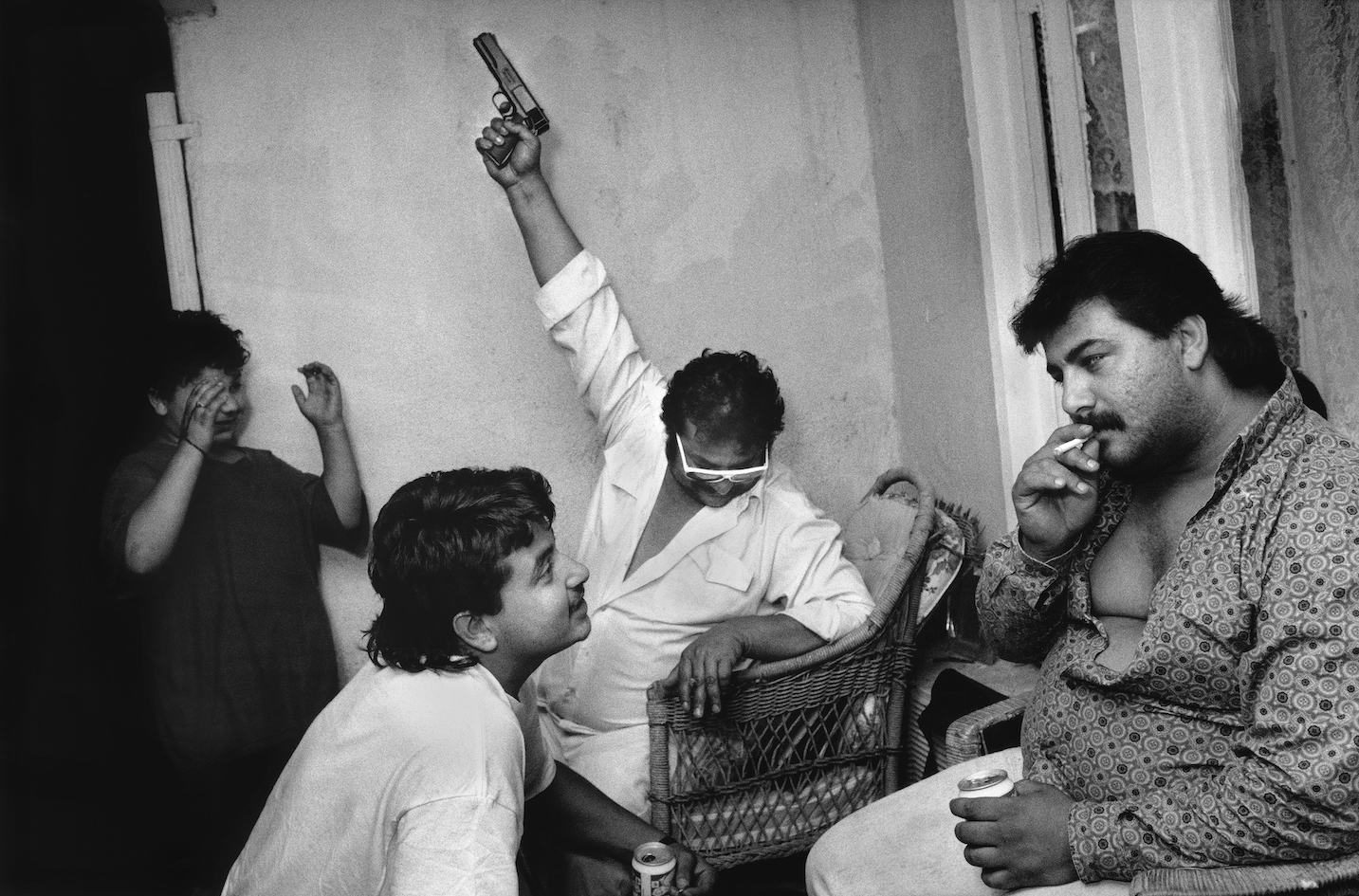 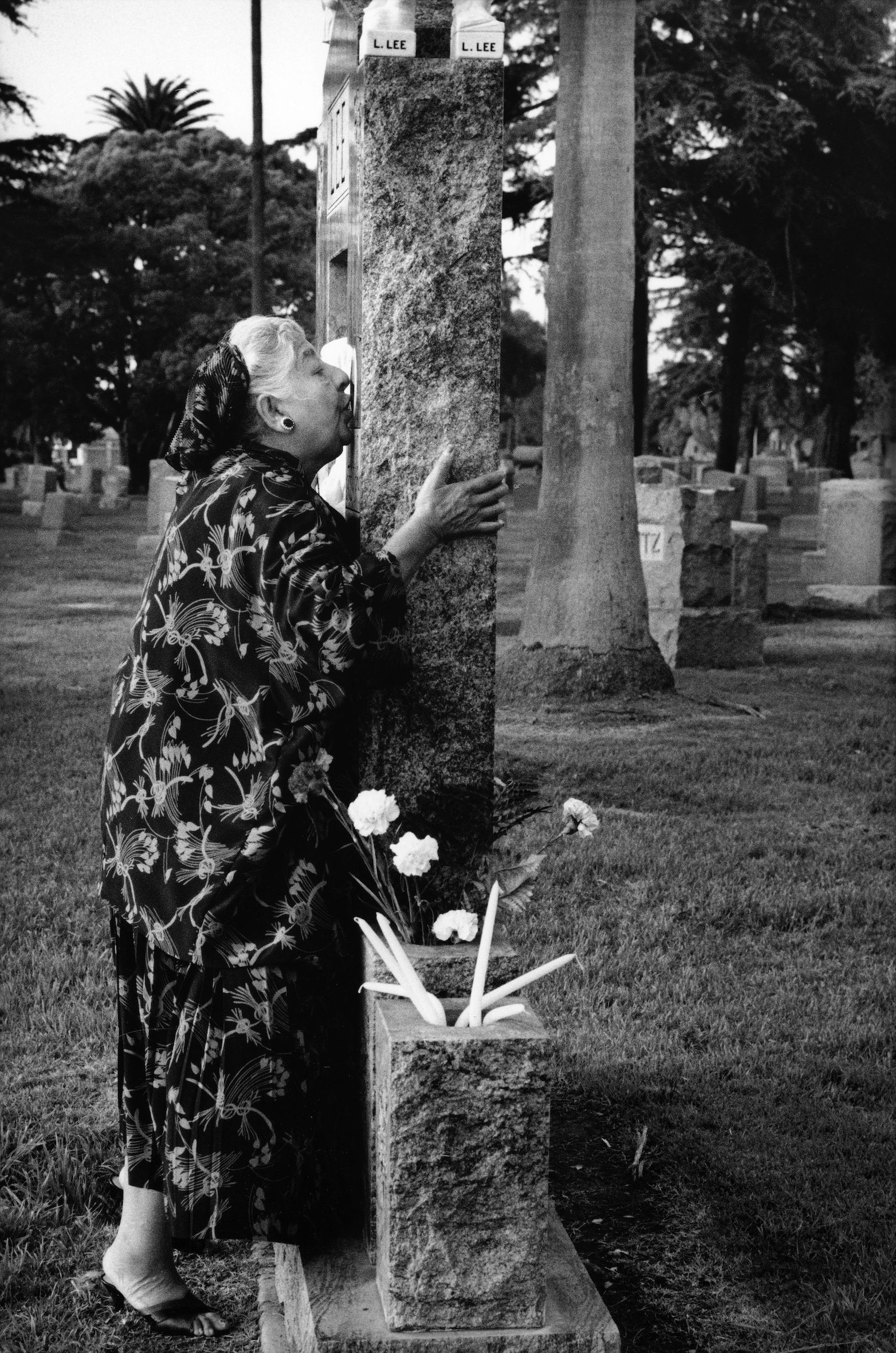 Many are also reluctant to send their children to school. “A lot of the Roma in Europe [historically] were not allowed to settle,” explains Klenz. “European countries had laws that forbade them from settling so they didn’t put their kids into school.

“Most of the parents were illiterate – they couldn’t write their names” she says. “That was one of the most tragic things about the culture, because it’s very difficult to advance or to fill out any documentation and get the help that they need, when they have very few members who can read or write.”

Their separation comes partly as a protective measure. The Roma have historically faced widespread discrimination, and a 2020 Harvard survey found that 70 per cent of Romani Americans “hide their Romani identity to avoid being stigmatised, stereotyped and discriminated against”. 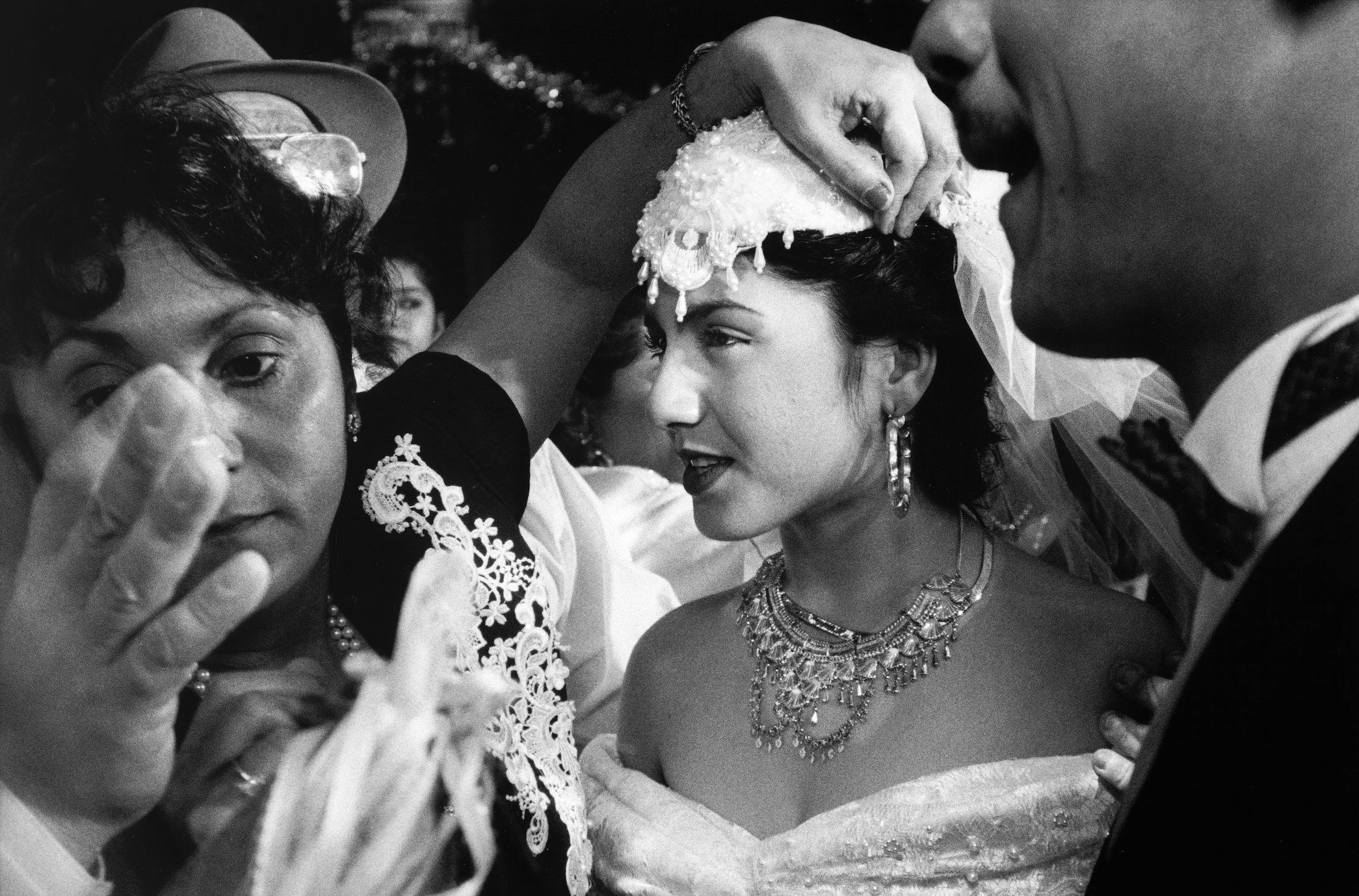 One woman named Povlena, who Klenz photographed, told her: “People treat us like we’re some type of monsters, and we always get dirty looks. People whisper to one another about us and don’t like us period. [They say] ‘hide your kids, money and valuables – here come the gypsies.’”

Despite these hardships and abuse, the Roma subjects of Klenz’s photographs are brimming with humanity, showcasing an intimate and defiant side to Romani culture and life. Familial bonds are particularly tight knit and despite mistrust of outsiders, Klenz was made to feel welcome.

She was even allowed to photograph the birth of a child – a taboo in Roma cultures – and spent three weeks living with the expecting mother’s family. “They took me in almost as a member,” says Klenz. “They were very accommodating and protective of me – putting me in bedrooms with the children where I would sleep. It was an amazing experience.

“Romani people will tell you: ‘We live for our children.’ Children go everywhere with them,” she continues. “As a society as a whole, if we could take that aspect and treat children in the same manner – our humanity would be better, and our children would be better off.” 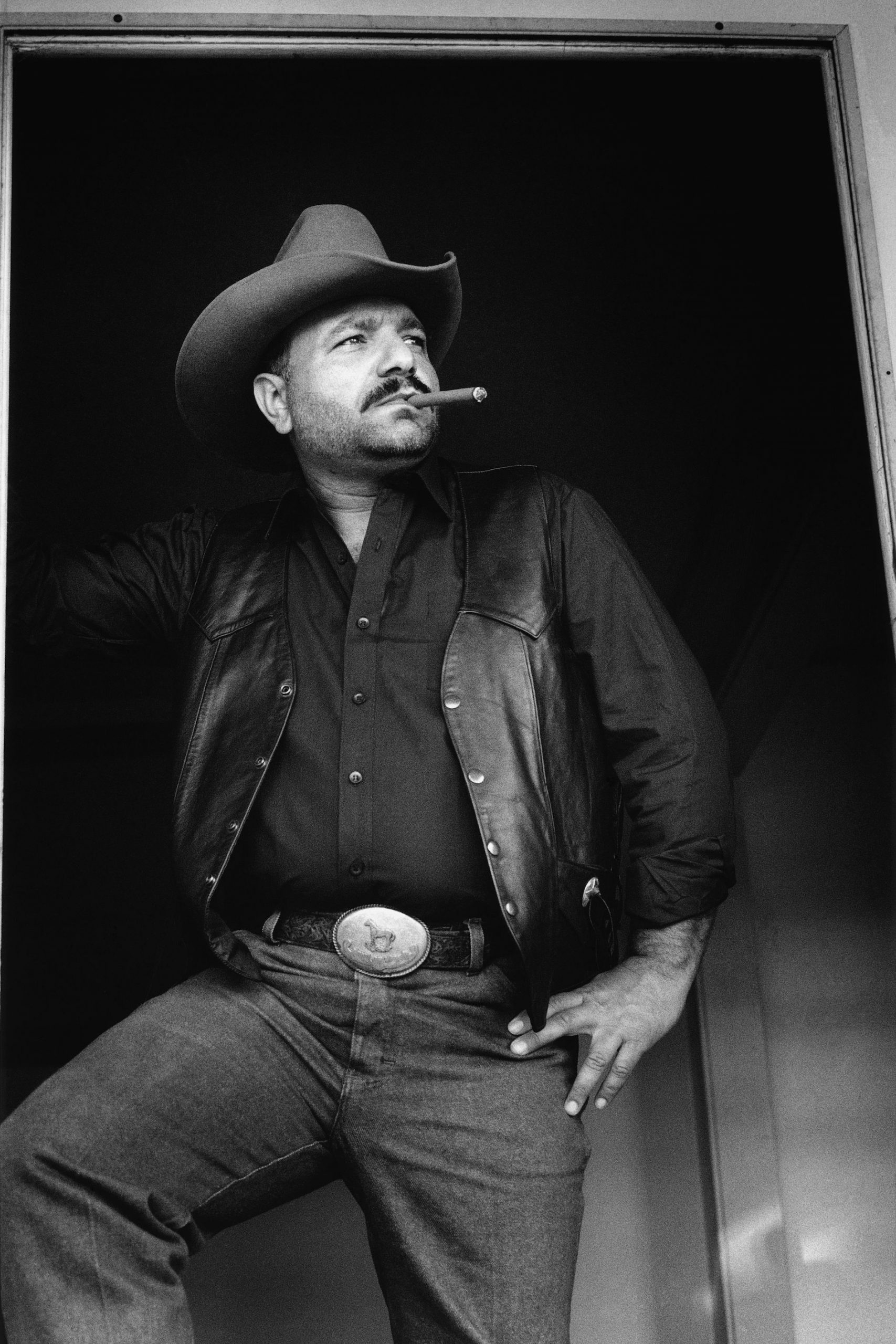 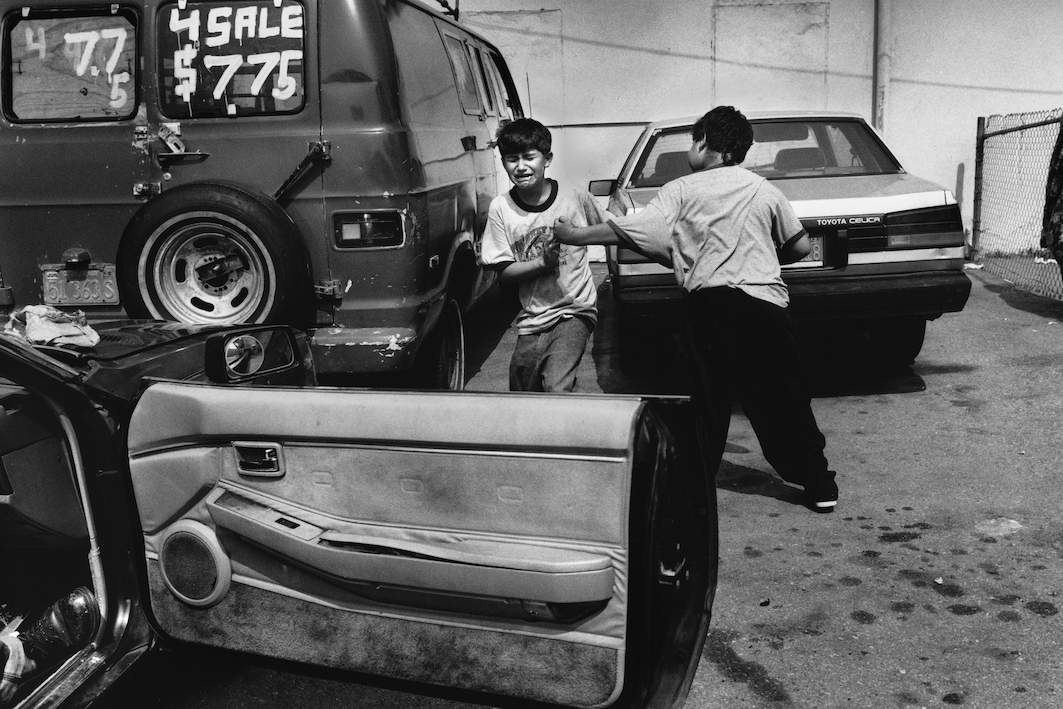 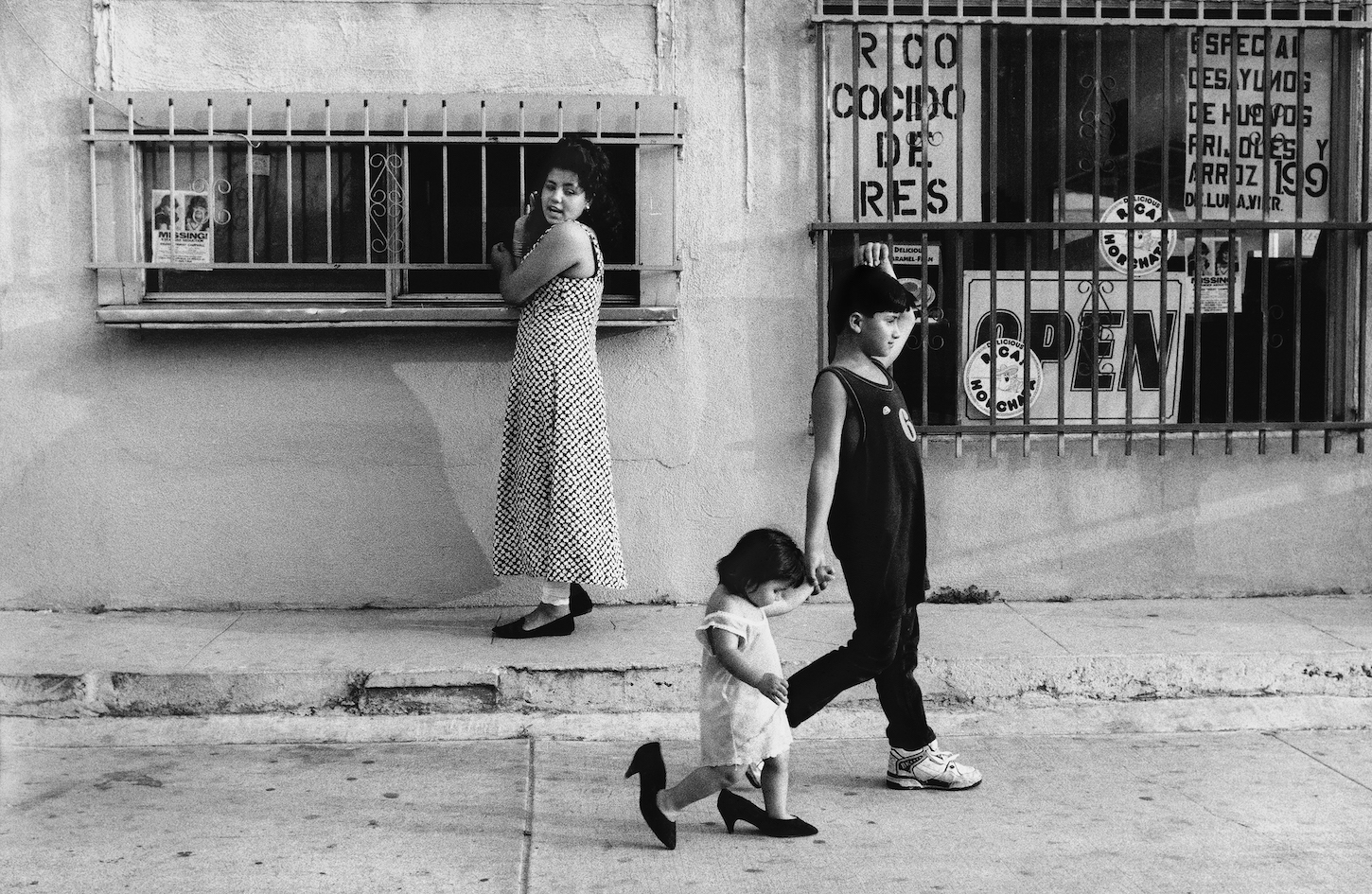 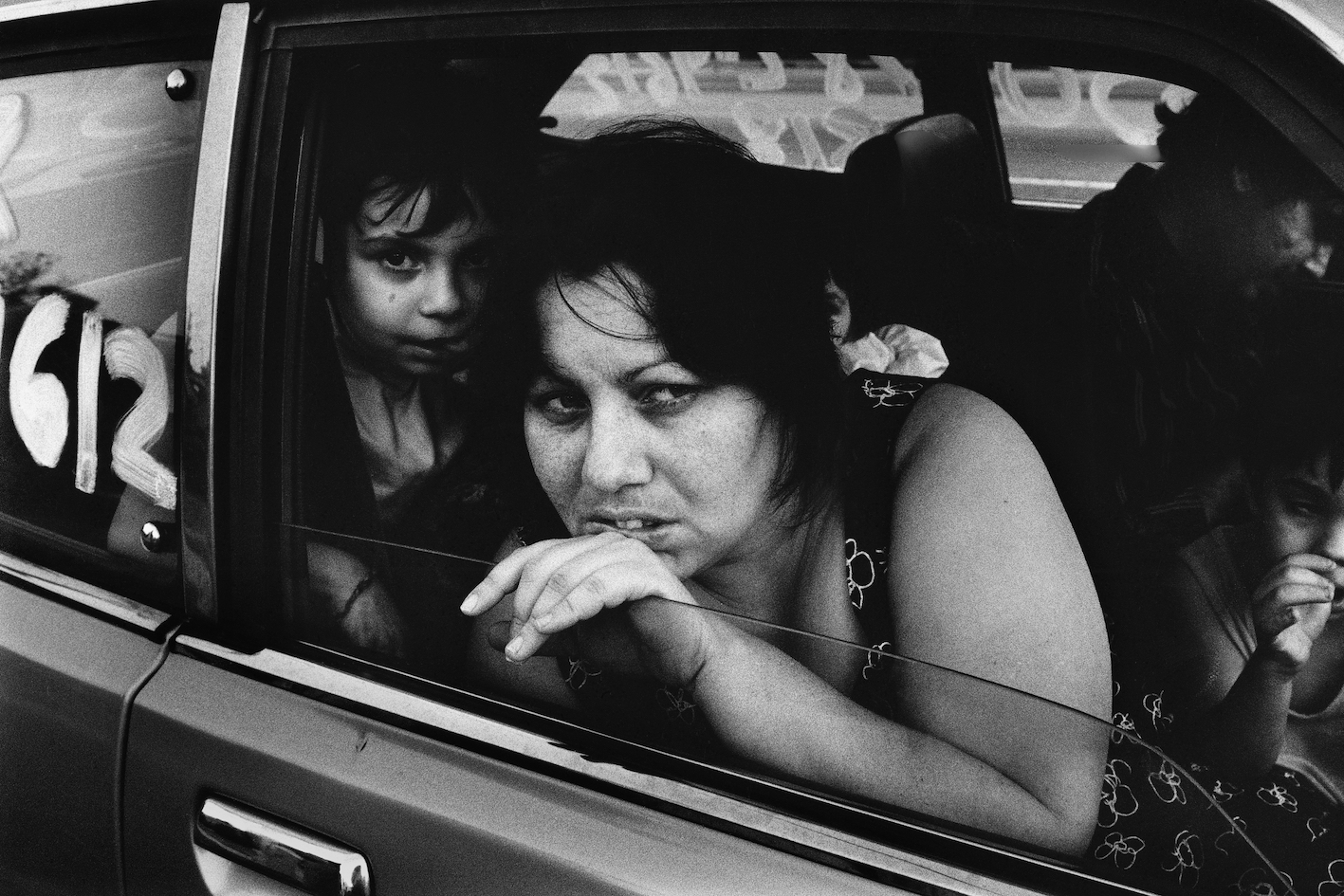 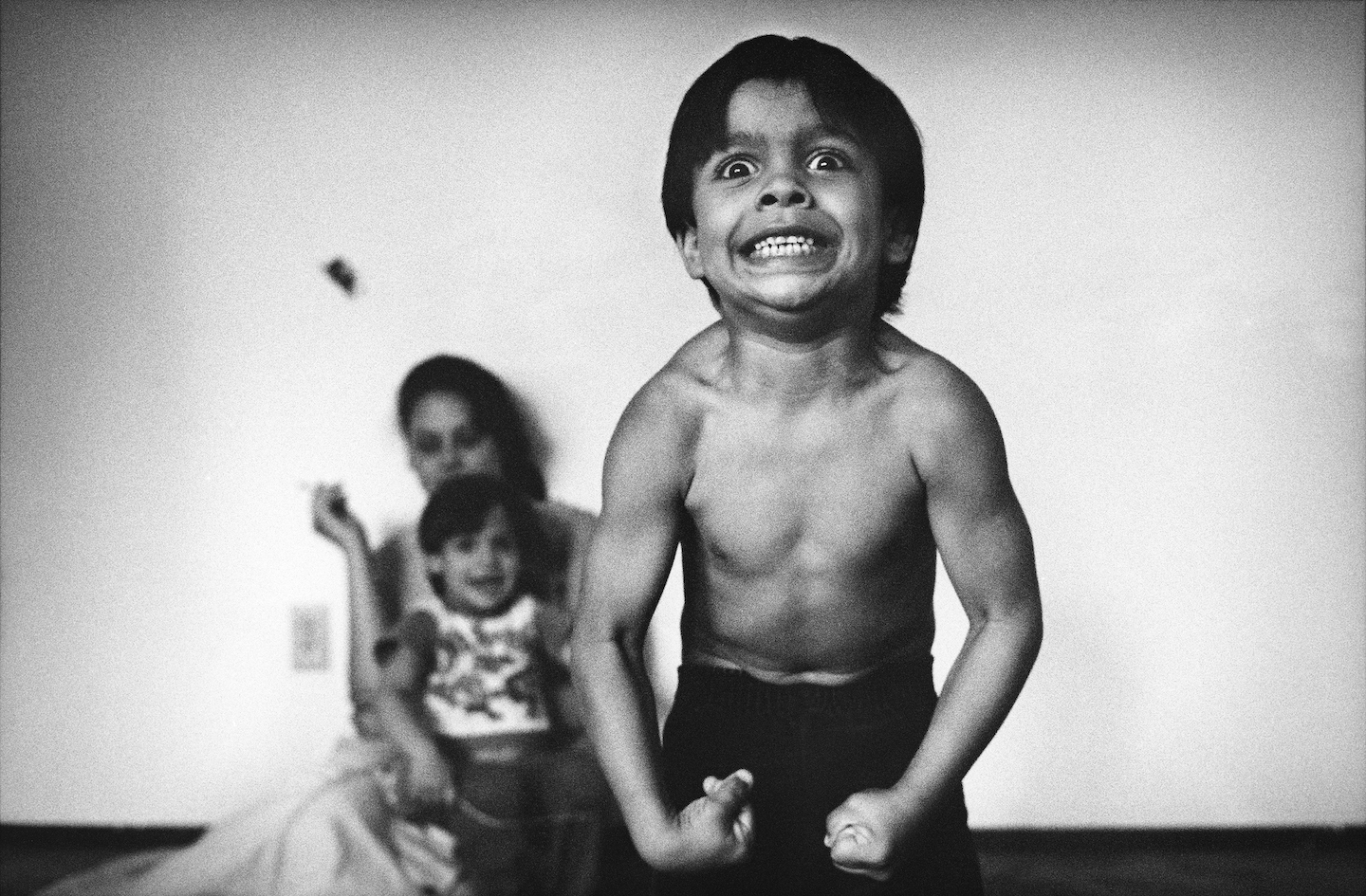 Linkedin
OTHER ARTICLES
Photographer Ira Lapu documents the lives of ordinary Ukrainians living amid a brutal conflict.
We catch up with the singer in her London studio to connect the dots between music, painting and her relationship with the city.
Jamel Shabazz’s photos honour those who were lost and those who survived one of the most brutal eras in recent history.
A centuries-old tradition is offering families a way to honour the deceased, reports Arbab Ali.
SOAS Detainee Support detail the appalling conditions they witnessed at the dangerously overcrowded immigration centre in Kent.
With the singer’s tour in full swing, we sat down the musical production company who made the electrifying show possible.