Art & Culture / A harrowing & humanising portrait of the US opioid crisis 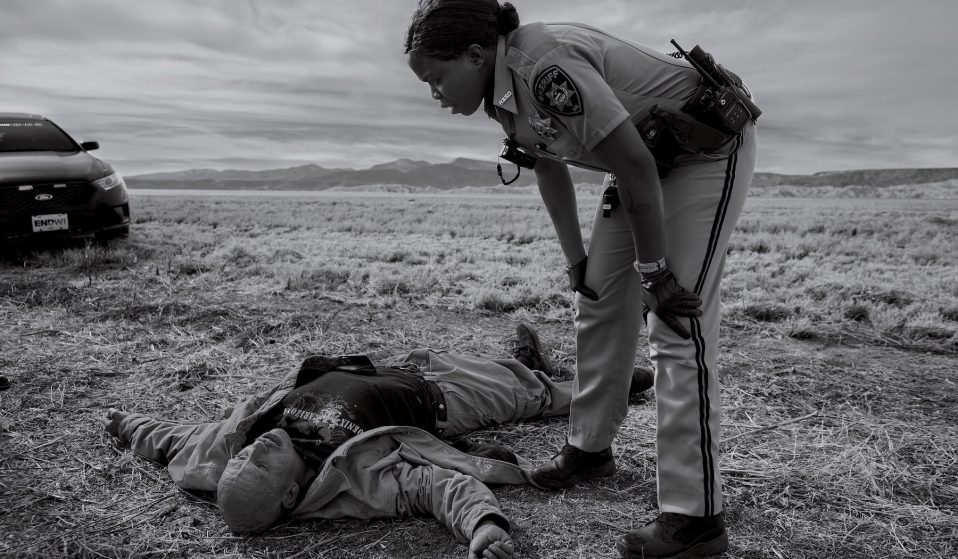 Photography © Dorothy Onikute, 33, a deputy sheriff with the Rio Arriba County sheriff’s office, responding to an overdose call on Feb. 4, on the side of the road in Alcalde, N.M. Photograph by James Nachtwey for TIME (main image)

As America enters its third wave of the opioid epidemic, a new exhibition brings together the work of four photographers to grapple with the ongoing questions surrounding the crisis.

As America enters its third wave of the opioid epidemic, a new exhibition brings together the work of four photographers to grapple with the ongoing questions surrounding the crisis.

Over the past two decades, nearly 841,000 Americans have died from a drug overdose, with a startling 10 per cent of that figure occurring in the past year alone. Driven primarily by the opioid crisis, the country is now in its third wave of the epidemic as the market for illicitly manufactured drugs like fentanyl has spiked.

With addiction devastating the lives of millions of individuals and tearing apart countless families, America’s misbegotten war on drugs has reached its logical end: abject failure. After decades of ill-conceived strategies ranging from Nancy Reagan’s insipid “Just Say No” campaign to the draconian Rockefeller Drug Laws, which targeted Black and Latino communities, the nation is finally starting to recognise drug abuse as a public health crisis. 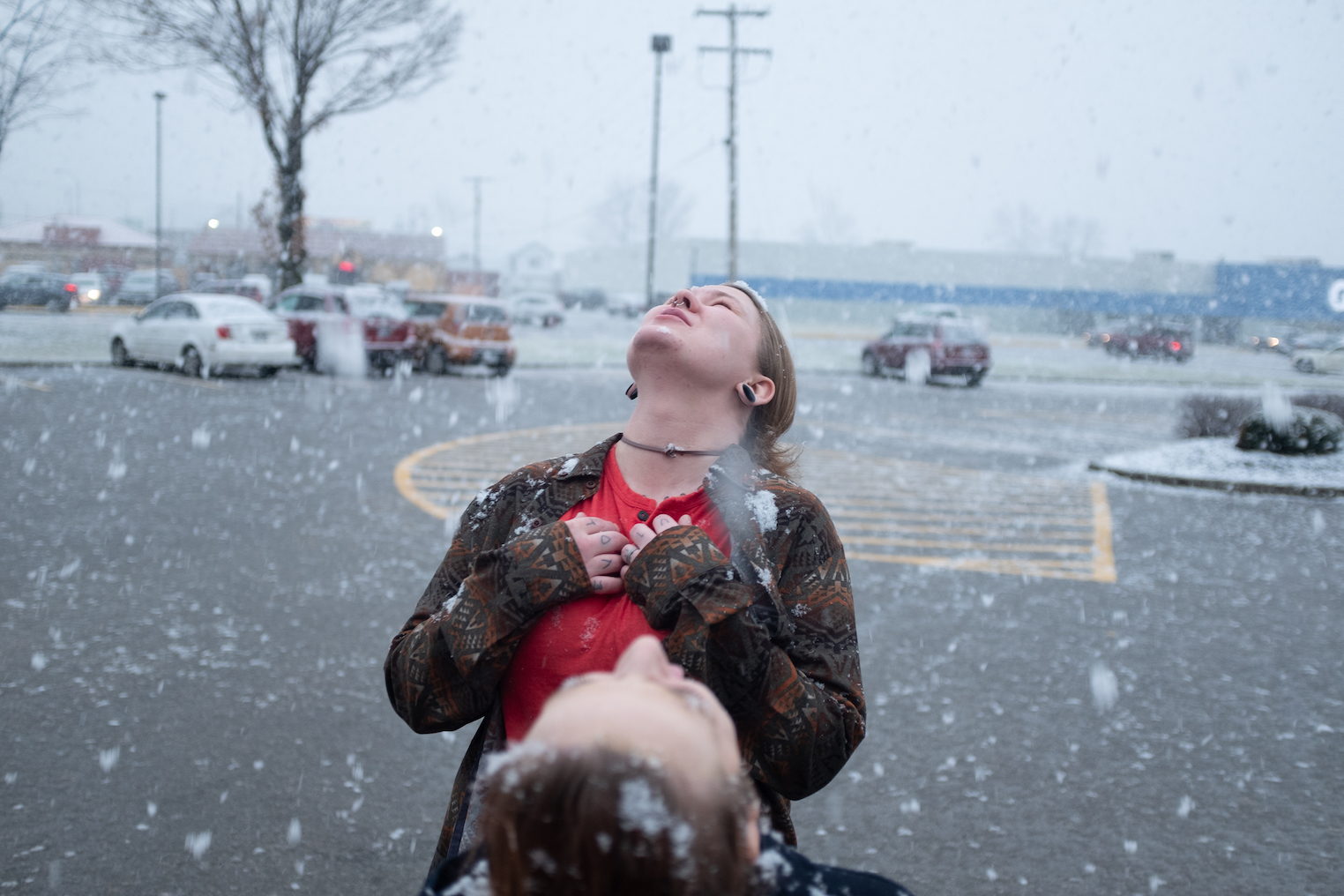 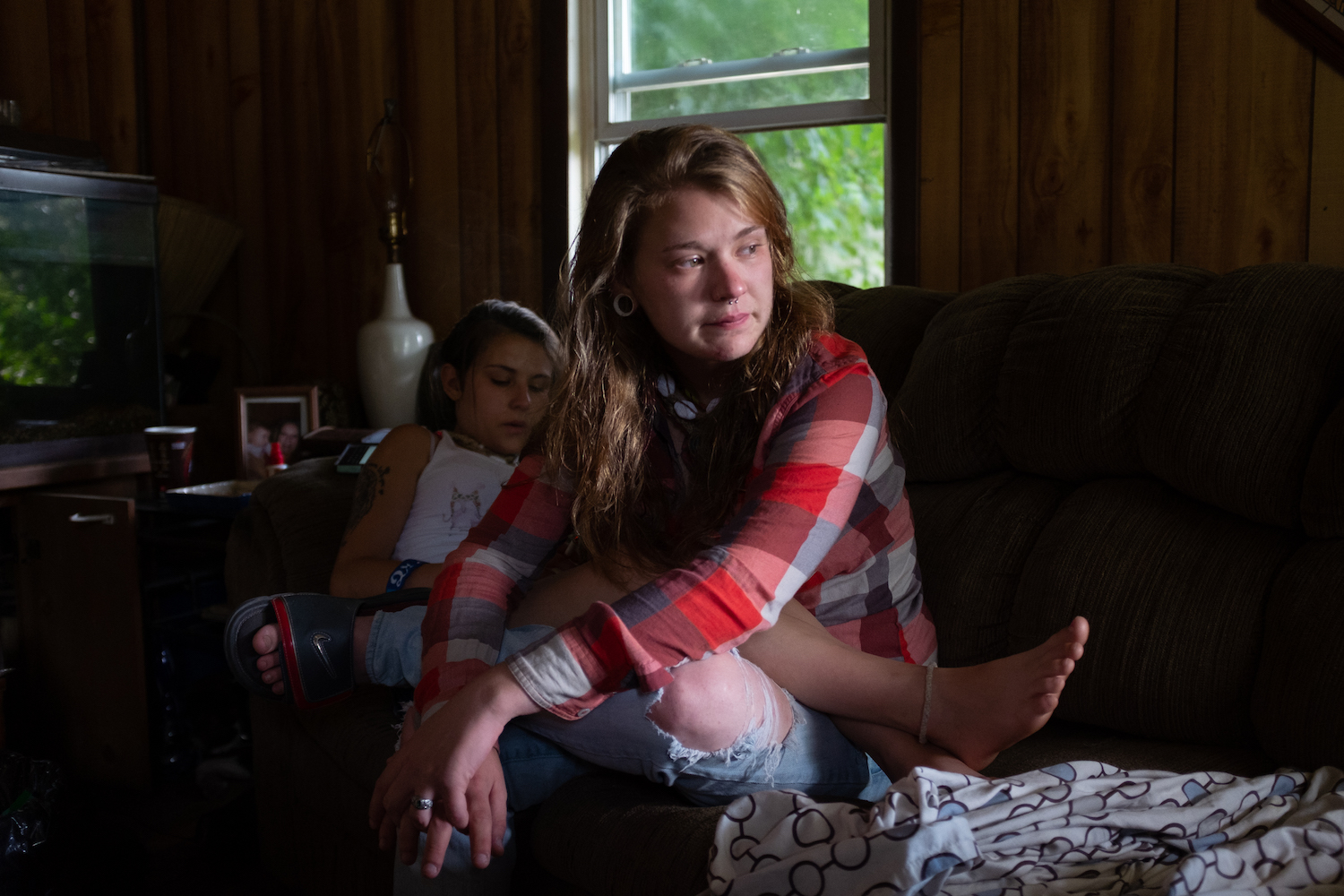 Allie crying, facing jail time and missing Barbie who died of an overdose, after a long night of using. © Mark E. Trent

In their project The Opioid Diaries, Nachtwey and Moakley journeyed through America in 2017 to gather stories from users, families, and first responders to amplify their voices and concerns, while Stockbridge spent a decade in Philadelphia creating large-format photographs, audio interviews, video and journal entries to look at the impact of the crisis on a working-class community for “Kensington Blues”.

Elsewhere, in Despair, Love and Loss, Mark E. Trent travelled across Appalachia in his native West Virginia, connecting with small-time dealers, addicts, and local law enforcement to present a broad scope of the issues at play. “I see a lot of great artists making media about my home region through their own lens,” Trent says. “I am not sure any of us get it completely right. It is complicated.”

Having travelled the world, Trent recognises universal struggles and themes, which he brings to his work, humanising a profoundly dehumanising plague. Growing up, he remembers those struggling with addiction being written off while overdoses went unspoken due to the shame of drug use. 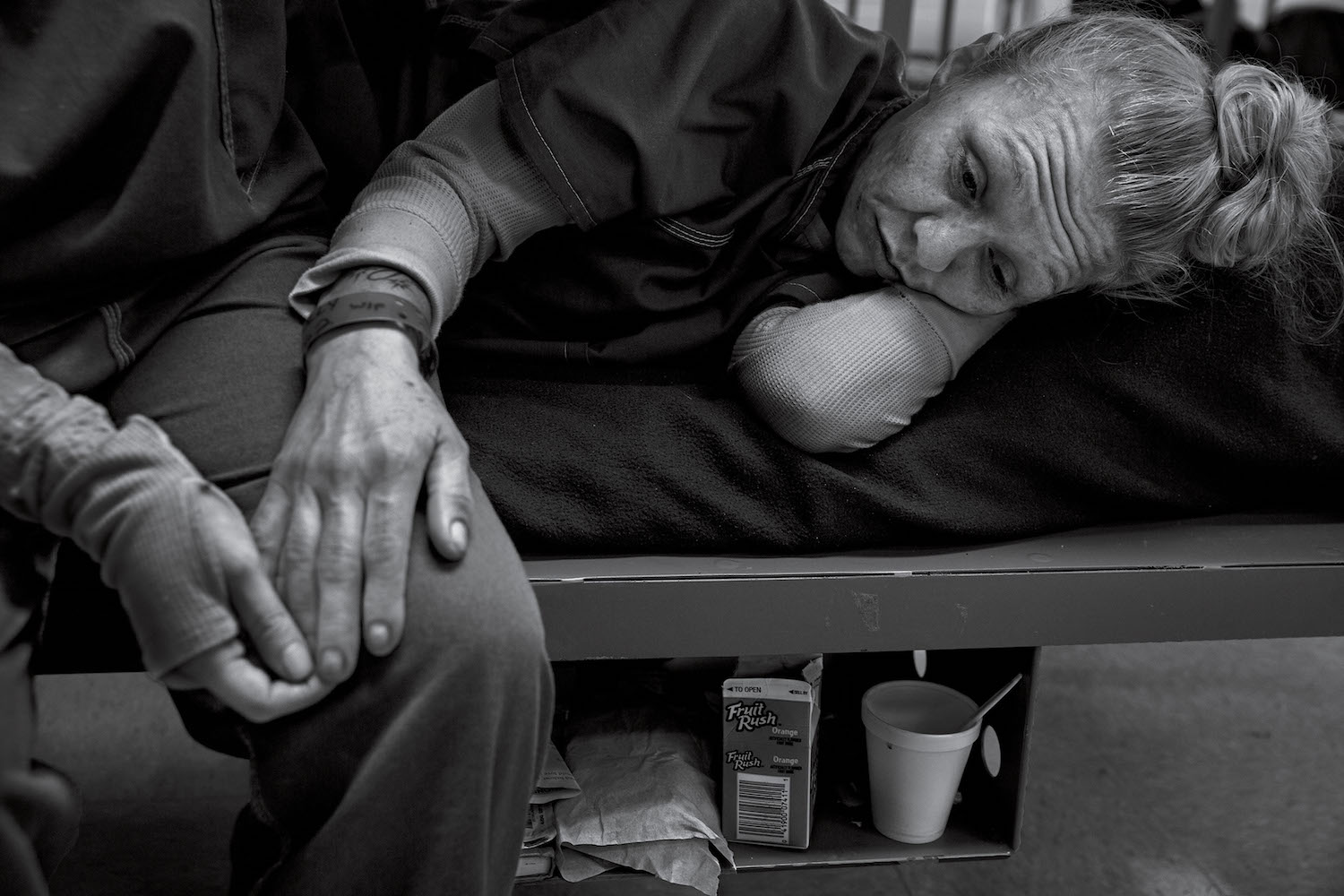 Holly, detoxing in the Montgomery County Jail in Dayton, Ohio, on July 3, 2017. Photograph by James Nachtwey for TIME 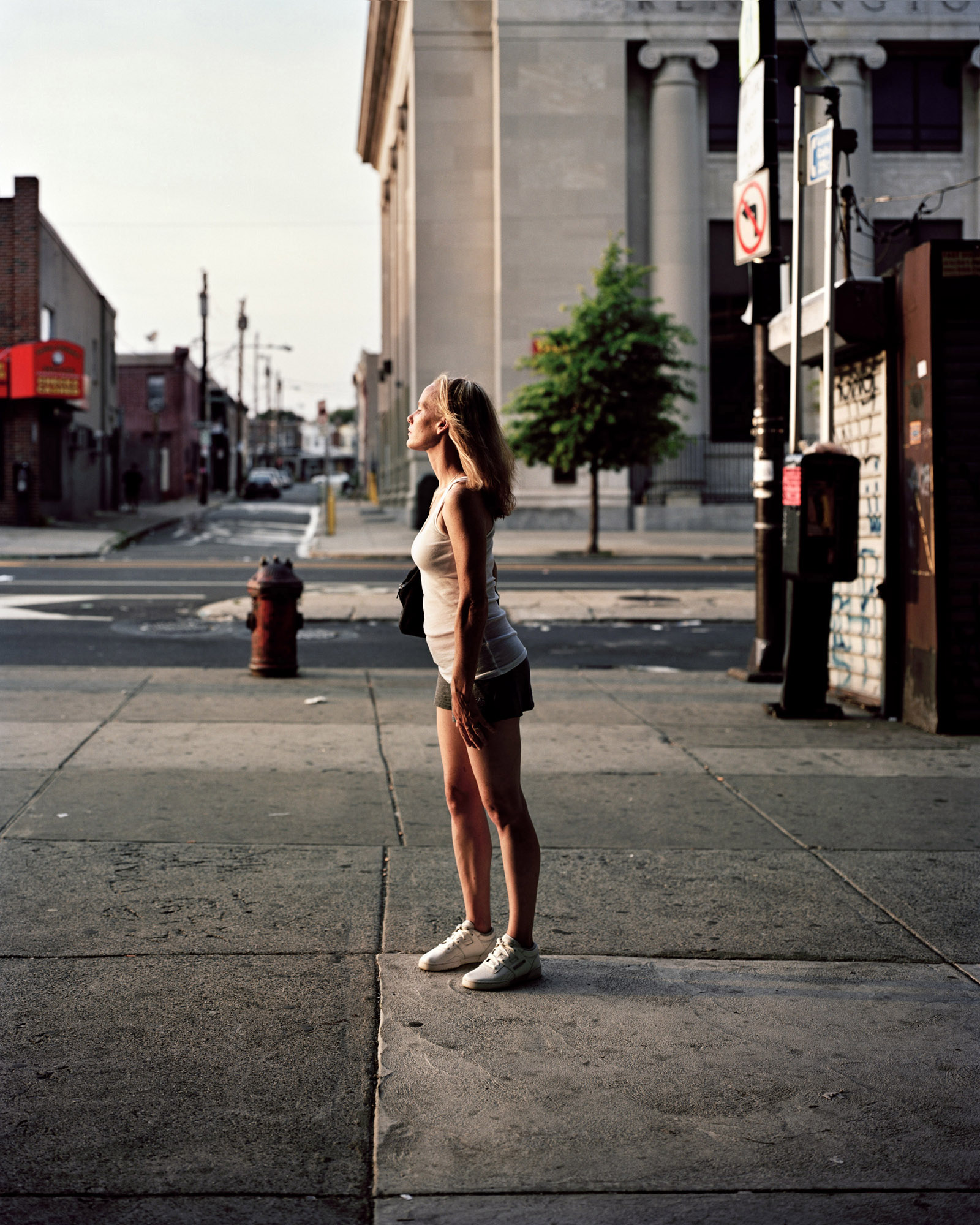 “When I was a teenager running around, I would be offered a pain killer or random pill when out partying,” Trent says. “We didn’t know how addictive some of these pills were. We trusted what we were told by our doctors and when we finally realised what was happening, it was just too late.”

Inspired by Eugene Richards’ seminal 1994 monograph, Cocaine True Cocaine Blue, Trent understood he needed to forge personal relationships with his subjects in order to understand the complexities of addiction without moralising judgment.

“When I was growing up, it was normal to see my friends snorting a pill but when I came home, they were shooting them and freebasing. I wanted to document the in-between moments, the boredom, the quirkiness that I have always loved about West Virginia,” he says.

“Most of all, I just wanted to show an unfiltered view of what this looked like,” Trent says. “Some small communities have lost entire generations. Some communities have been decimated and may not recover fully in our lifetime.” 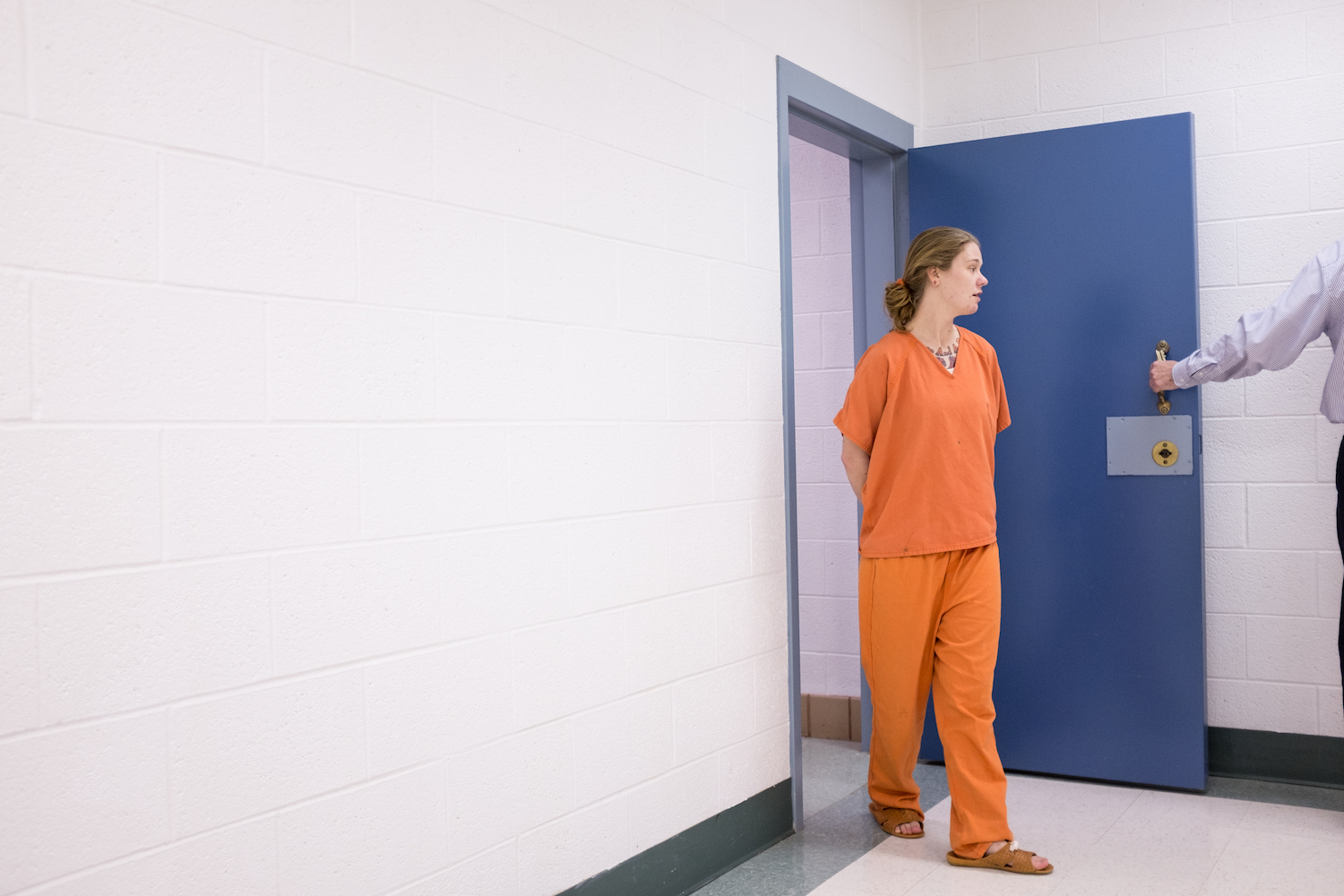 Allie after being arrested for giving a friend pseudoephedrine. © Mark E. Trent 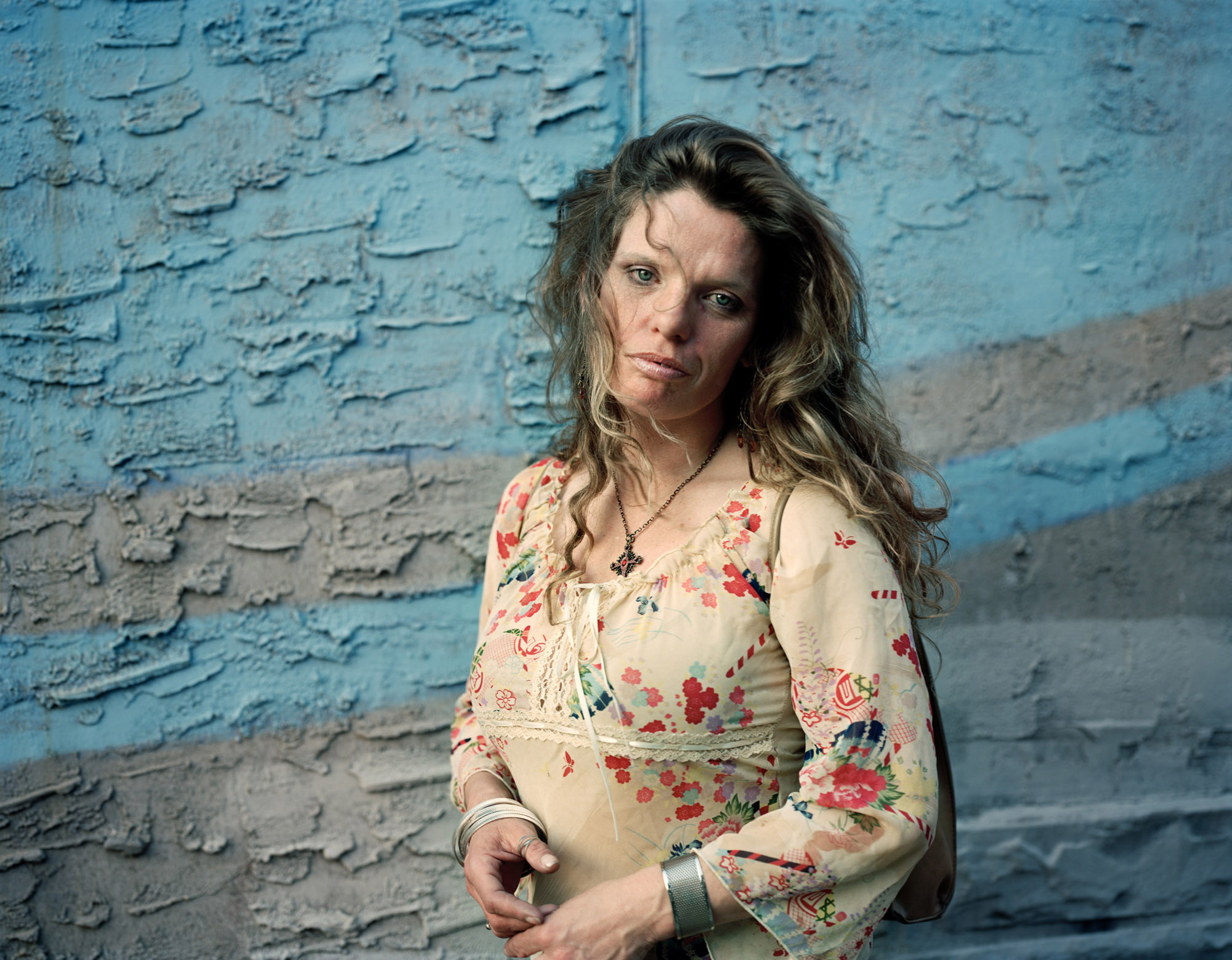 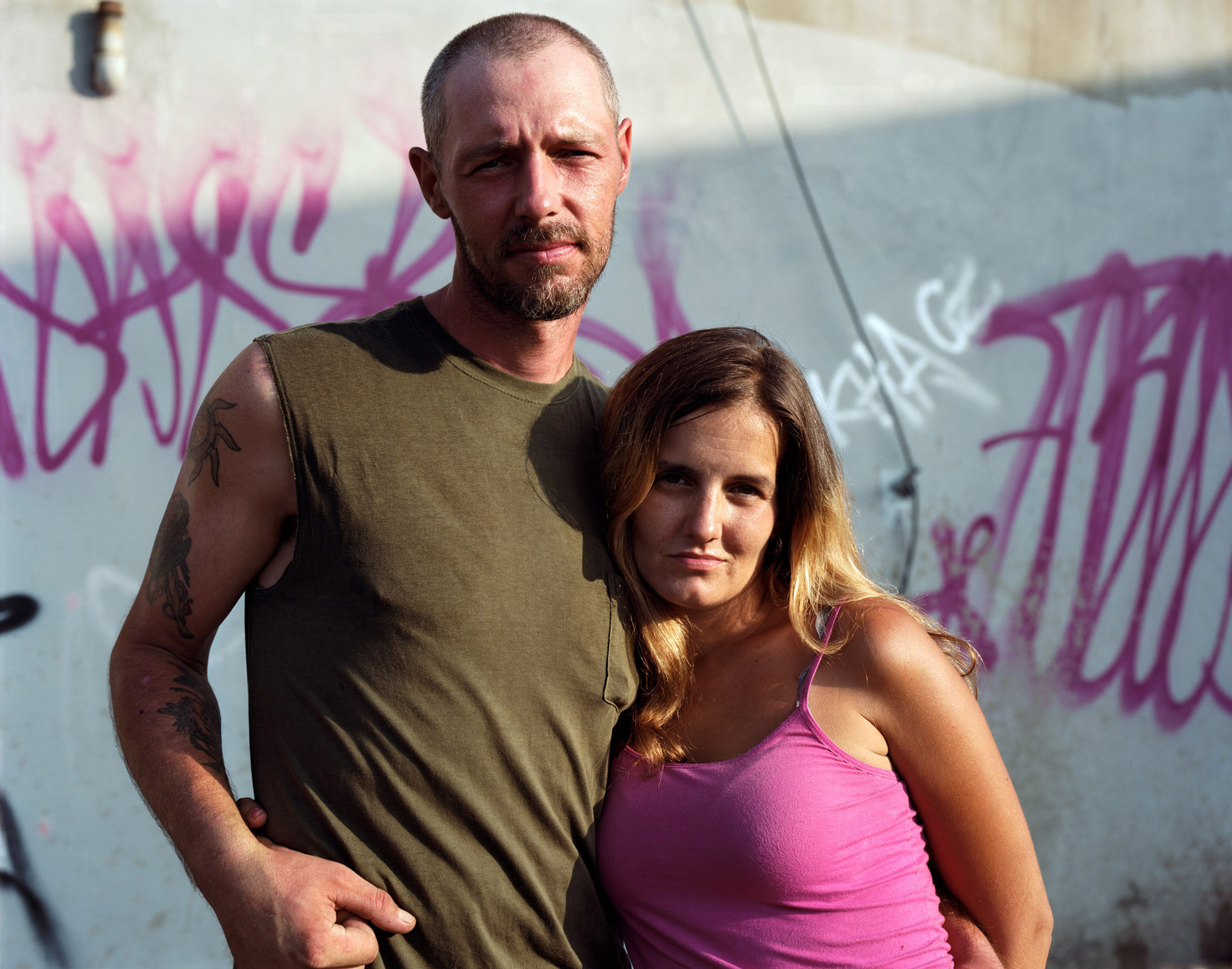 The Human Cost: America’s Drug Plague is on view at the Bronx Documentary Center from June 5 to July 5, 2021.

Posted Thursday 3rd June, 2021
Text by Miss Rosen
Photography © Dorothy Onikute, 33, a deputy sheriff with the Rio Arriba County sheriff’s office, responding to an overdose call on Feb. 4, on the side of the road in Alcalde, N.M. Photograph by James Nachtwey for TIME (main image)

Linkedin
RELATED ARTICLES
OTHER ARTICLES
Following the announcement of an 80% hike in the energy price cap from 1st October, crowds gathered outside the offices of energy regulator Ofgem to protest and declare their intention to undertake a payment strike.
The idea that a younger generation is abandoning work has become a popular narrative online, but it doesn’t necessarily reflect reality.
The workforce is now gearing up for industrial action after receiving a measly pay rise, reports Ella Glover.
Birdy Chu reflects on documenting the historic moment in which the territory was formally passed back from the UK to China.
Financial turmoil is pushing people who work in the sex industry into more dangerous and desperate situations as a means of survival.
A 37-year-old woman shares how her abortion led her to become a clinic worker, and the abuse she’s received in that role.