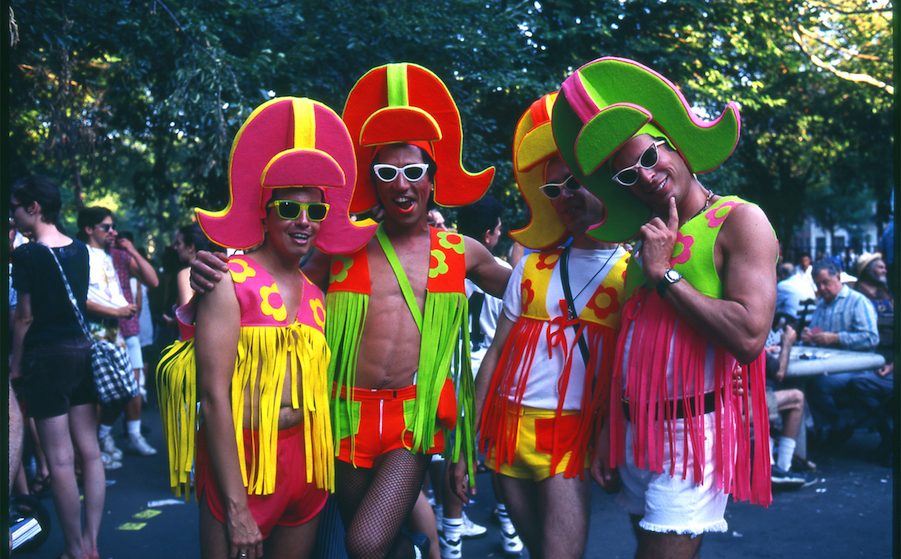 Photographer Rafael Fuchs recounts attending the annual drag-a-thon, which offered space for celebration at the height of AIDS crisis.

Photographer Rafael Fuchs first arrived in New York in 1985, settling into the East Village long before it was gentrified. “It was so exciting and rejuvenating,” he recalls. “It felt like you could do whatever you want to, and be whoever you wish to be. Nobody cared.”

In the mid-1980s, the East Village had become the centre of the downtown avant-garde as a slew of artist-run galleries, performance venues, and nightclubs began to emerge. “My favourite was The Pyramid,” Fuchs says of the fabled punk LGBTQ+ club. “There was always something unexpected.” 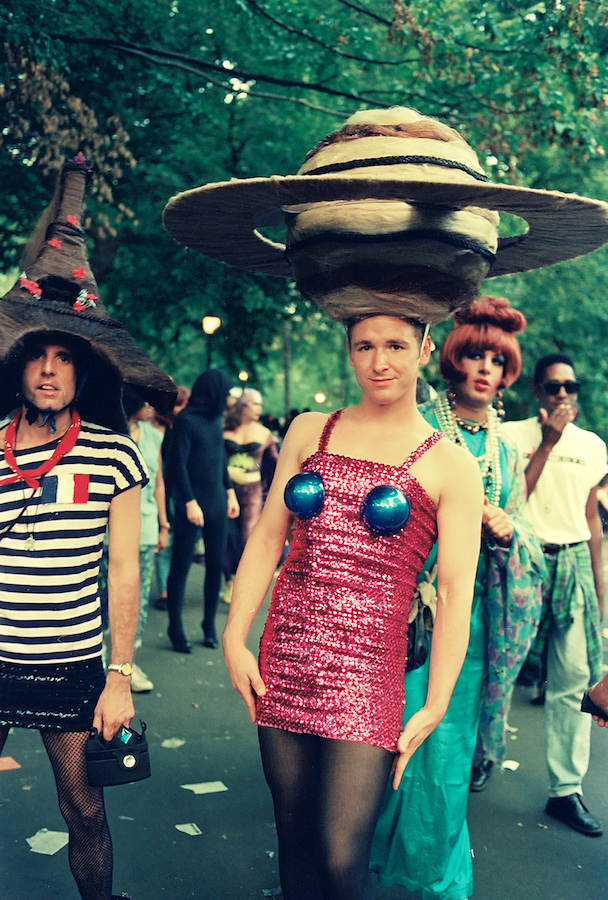 The Pyramid, which closed this April after 41 years, was the heart and soul of the neighbourhood when it was more commonly known as Alphabet City. Launched in the era of Studio 54 and Limelight, Pyramid was the ethos of D.I.Y. style, its stage ablaze with performances by artists including Iggy Pop, Debbie Harry, and Madonna as well as drag luminaries RuPaul, Taboo! and Lypisnka.

The East Village drag scene soared to new heights when Pyramid headliner Lady Bunny launched what would become the Wigstock Festival in 1984. It all began when a gaggle of drag queens strolled out of the Pyramid into Tompkins Square Park and put on an impromptu show for the public at the band shell. Someone suggested they put together a day-long show dubbed Wigstock in homage to the 1969 Woodstock Festival. 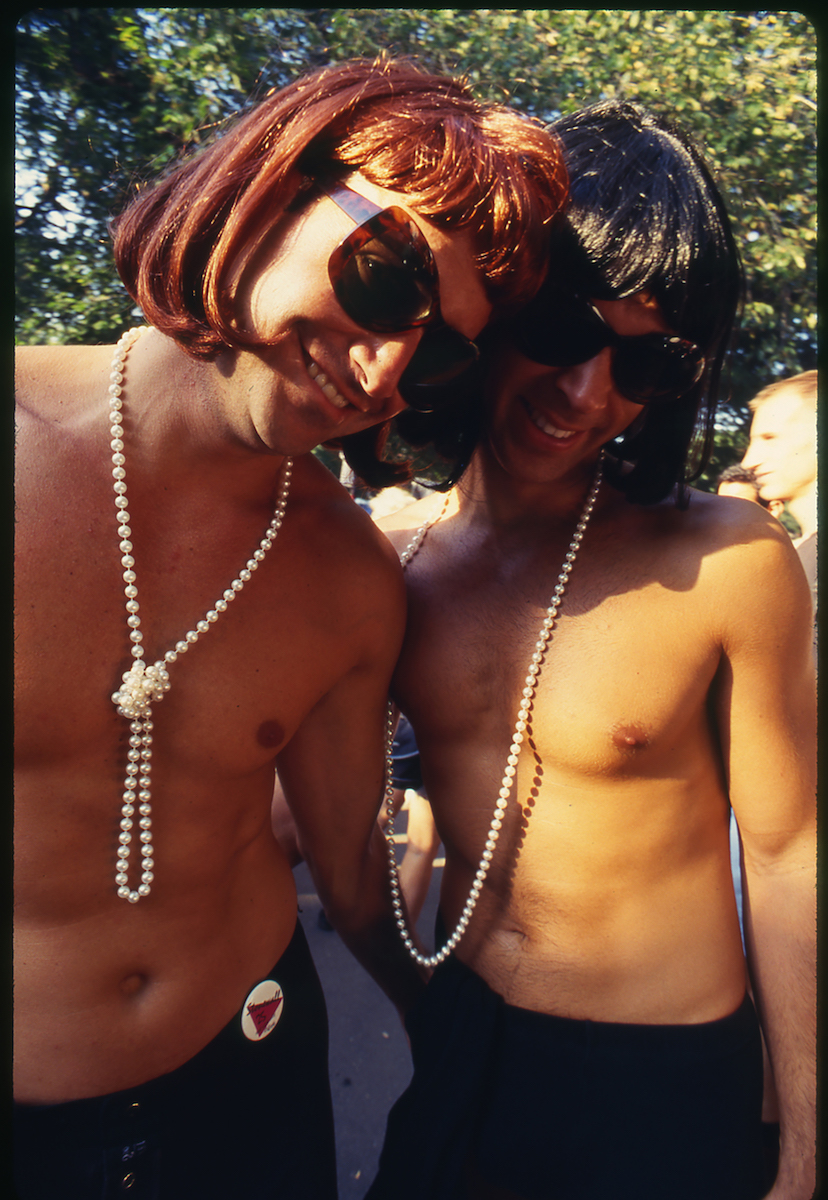 Lady Bunny officially launched Wigstock in 1985, performing ‘I Feel the Earth Move Under My Feet’ and never looked back, hosting the annual drag-a-thon on Labor Day until 2005 as the unofficial end of summer soiree. Wigstock immediately became the must-attend event of the season, reaching extraordinary heights with unforgettable performances by no less than Leigh Bowery, who “gave birth” to his assistant Nicola, hidden inside his costume.

Fuchs regularly frequented Wigstock, making photographs of attendees dressed in their finest wares. “Wigstock felt like my Mardi Gras,” Fuchs recalls. “Everyone was invited, no matter whether you were queer or straight, old or young – just put your wig on.” 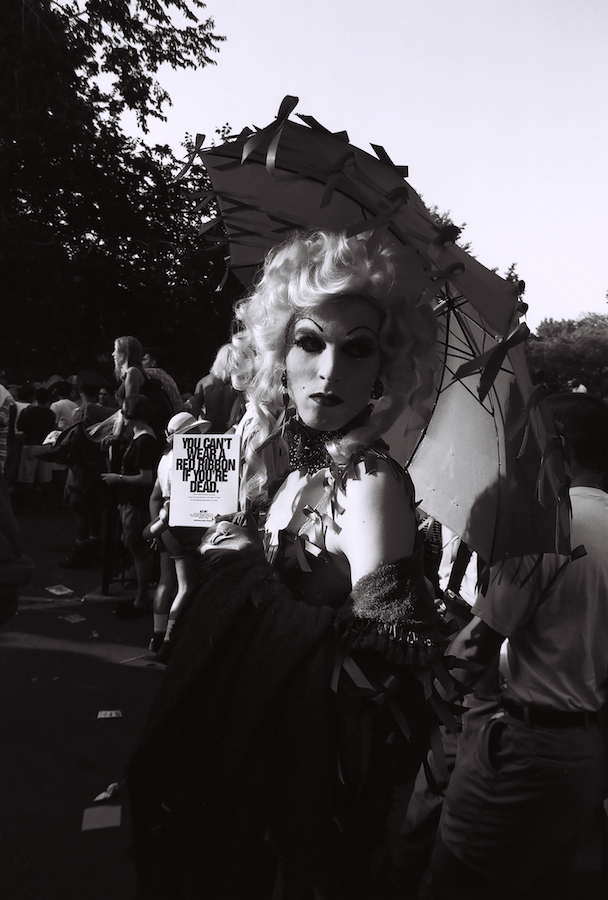 Throughout the 1980s and ‘90s, Wigstock brought awareness to the LGBTQ+ community, revealing how expansive and inclusive the community is, while offering a much-needed space for joy and pleasure during the height of AIDS crisis. “There was a feeling of liberation,” Fuchs says.

In 1995, Wigstock: The Movie was released, showcasing scenes from a time when drag was still an underground phenomenon. “Everybody wants to be accepted,” film critic Roger Ebert said in response to the film, recognising that though members of the fringe may push the boundaries, they’re only human after all. 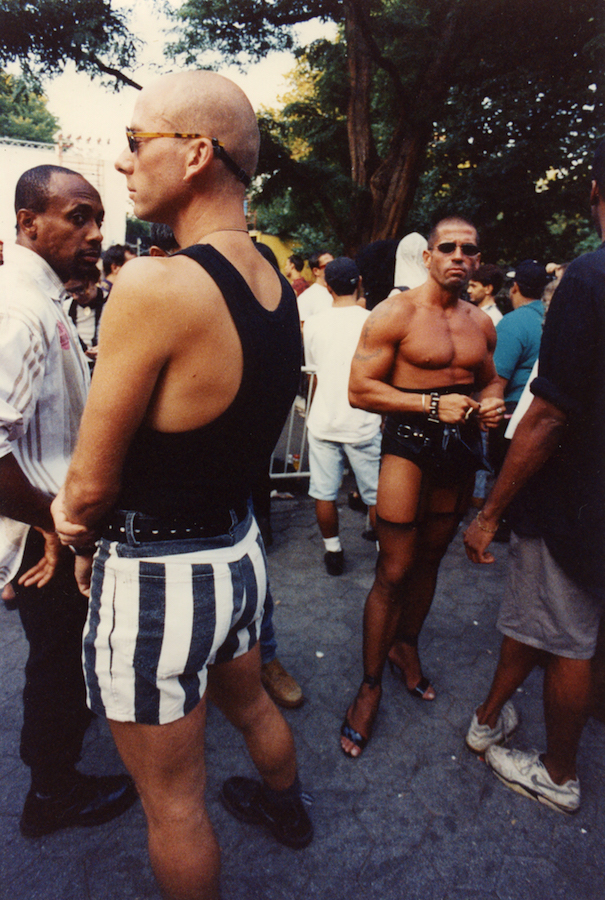 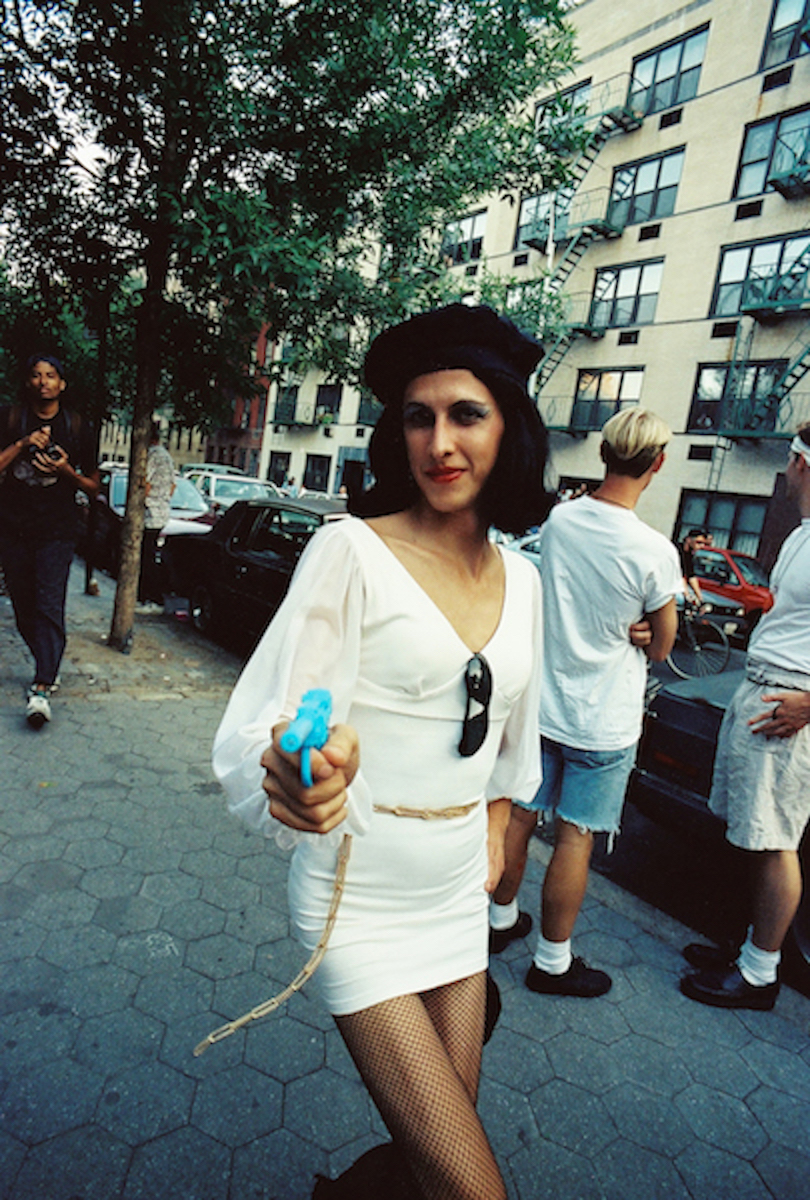 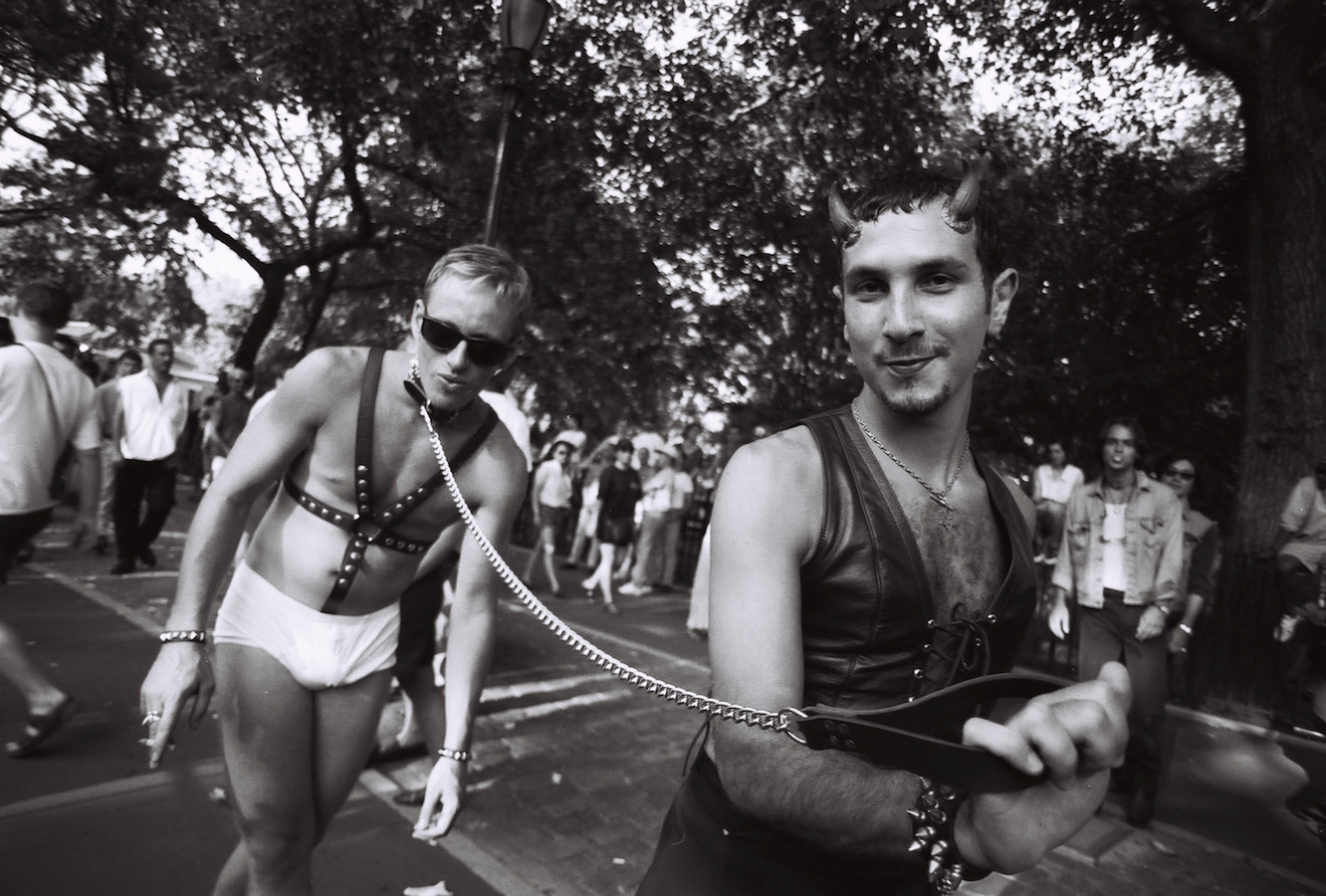 Linkedin
RELATED ARTICLES
OTHER ARTICLES
In our first OFFF Dispatch piece, the Arce Studio founder shares her tips on standing out from the crowd.
The failure to hold landlords to account is denying tenants their basic dignity, writes Bella Saltiel.
To mark the anniversary of the mass trespass of Kinder Scout, a group of hikers came together with the intent of creating a new, fully inclusive culture for rural spaces.
The government is scrapping the Human Rights Act in a move that will hit marginalised people hardest.
The revered showbiz chronicler recalls his journalistic beginnings, documenting subcultural scraps in the ’80s.
Following the release of his latest album God Don’t Make Mistakes, the rapper talks horror villains, police brutality and being unafraid to show his vulnerable side.