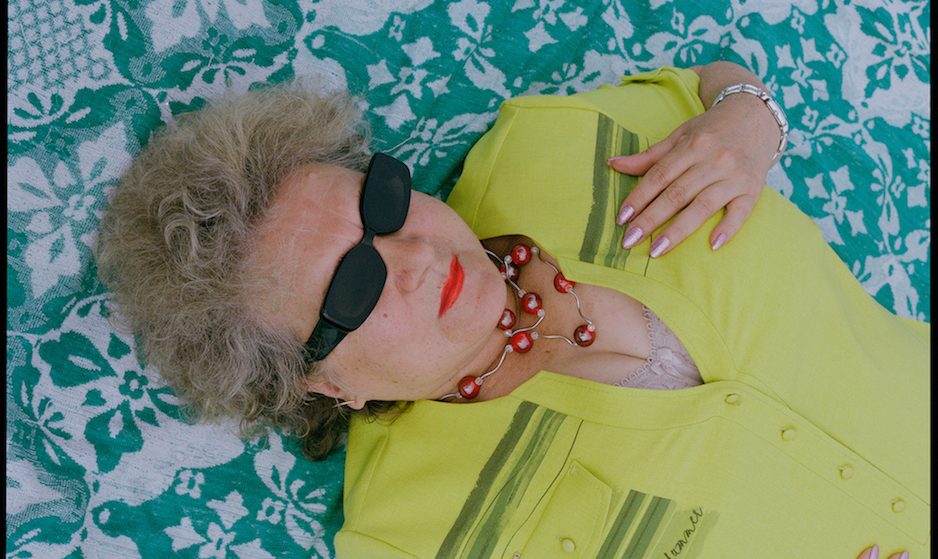 Kseniia Grebennikova describes documenting her larger-than-life grandmother in her secluded hometown of Nevelsk as part of a project embracing childhood nostalgia.

Kseniia Grebennikova describes documenting her larger-than-life grandmother in her secluded hometown of Nevelsk as part of a project that allowed her to embrace childhood nostalgia.

Photographer Kseniia Grebennikova has fond memories of visiting her grandmother in Sakhalin Island, a tiny seaport town of Nevelsk, while growing up. “I had a strong bond with the island,” Grebennikova says, “I never wanted to leave. [When I go to Nevelsk] it’s kind of like I’m going back to my roots, remembering who I am, where I’m from, before going back to my regular life.”

Grebennikova always had a close relationship with her grandmother, who lived alone on the Island, where she worked as a grocery store cashier. “I always thought it was really cool, because she’d bring home lots of candies,” she recalls. 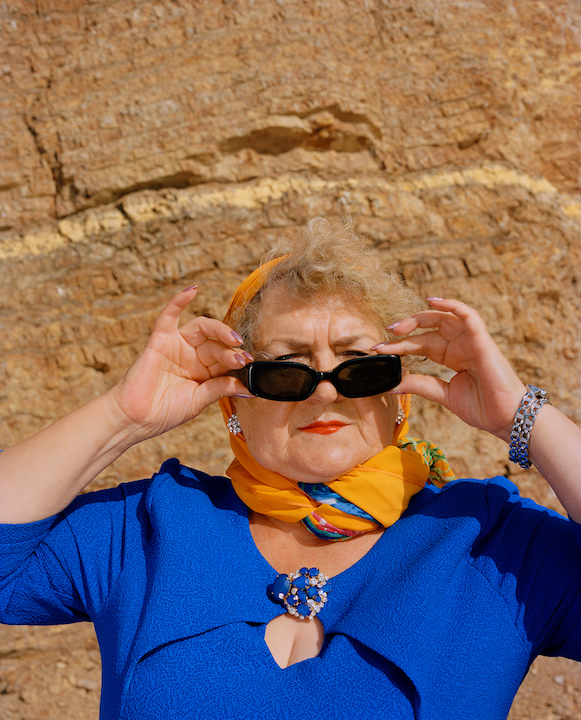 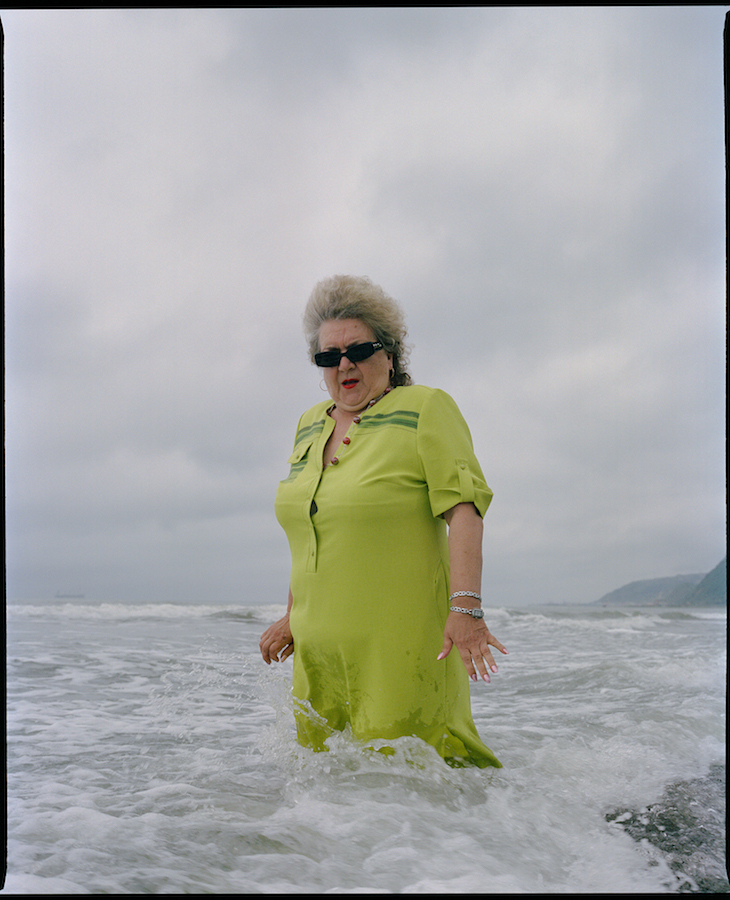 Grebennikova says that growing up, her grandmother had a profound influence on her – particularly when it came to fashion. “She kind of formed my impression of how a chic woman should look; she always had her makeup, her hair and her manicure were done perfectly – even to take the garbage out,” she says.

“People in Russia [my grandmother included], are on a really, really low pension,” continues Grebennikova, “they prefer to spend money for food and other necessities. But my grandmother will never leave the house without a manicure.”

It was her grandmother’s bold sense of style, combined with a desire to preserve her memory, that gave Grebennikova the idea to photograph her in Nevelsk. “I wanted to explore my relationship with her through photography,” she says. For three months, Grebennikova  wandered around the town with her grandmother, shooting everything from trips to the hairdressers, to her paddling in the sea, and parading around the town’s Soviet architecture in brightly coloured clothing. These photographs form part of an ongoing series, titled Obsession of Return. 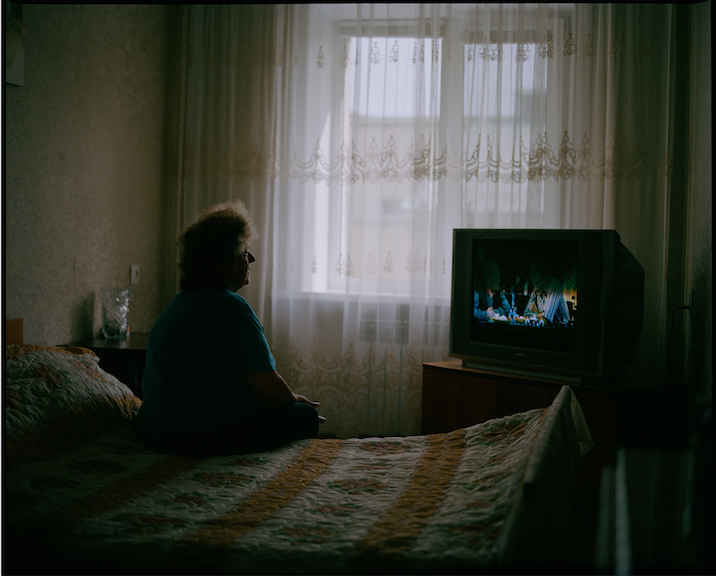 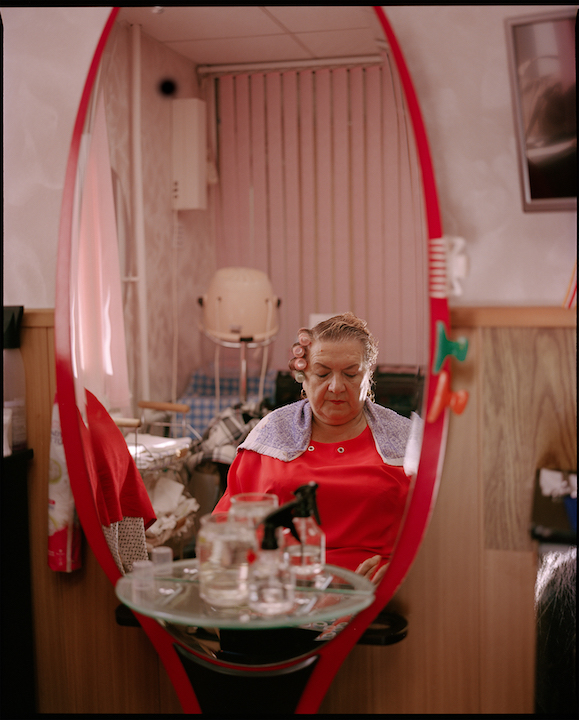 While in the photographs, she appears confident and at ease, Grebennikova reveals that her grandmother found it a very “uncomfortable experience” to be photographed. “She’s always really critical of herself, and unhappy with the way she looks,” she explains.

However, Grebennikcova suspects that her grandmother’s relative anonymity and secluded life meant that she also enjoyed the feeling of having her photo taken and subsequently shared widely. The town itself has become increasingly isolated over the years, with an earthquake in 2007 driving out a large part of the town’s population. “Lots of buildings were destroyed, so thousands of people just left because they had no place to live,” says Grebennikova. “So in a way, my grandma is quite one of a kind in the town.” 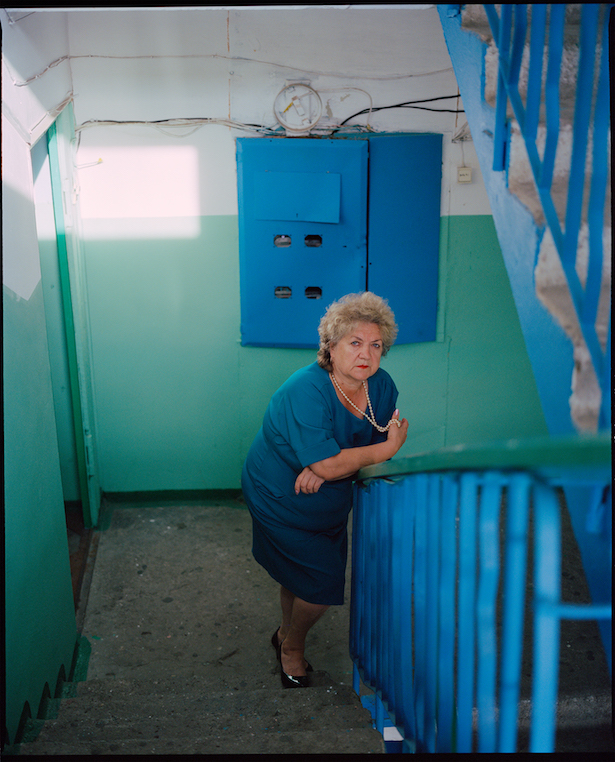 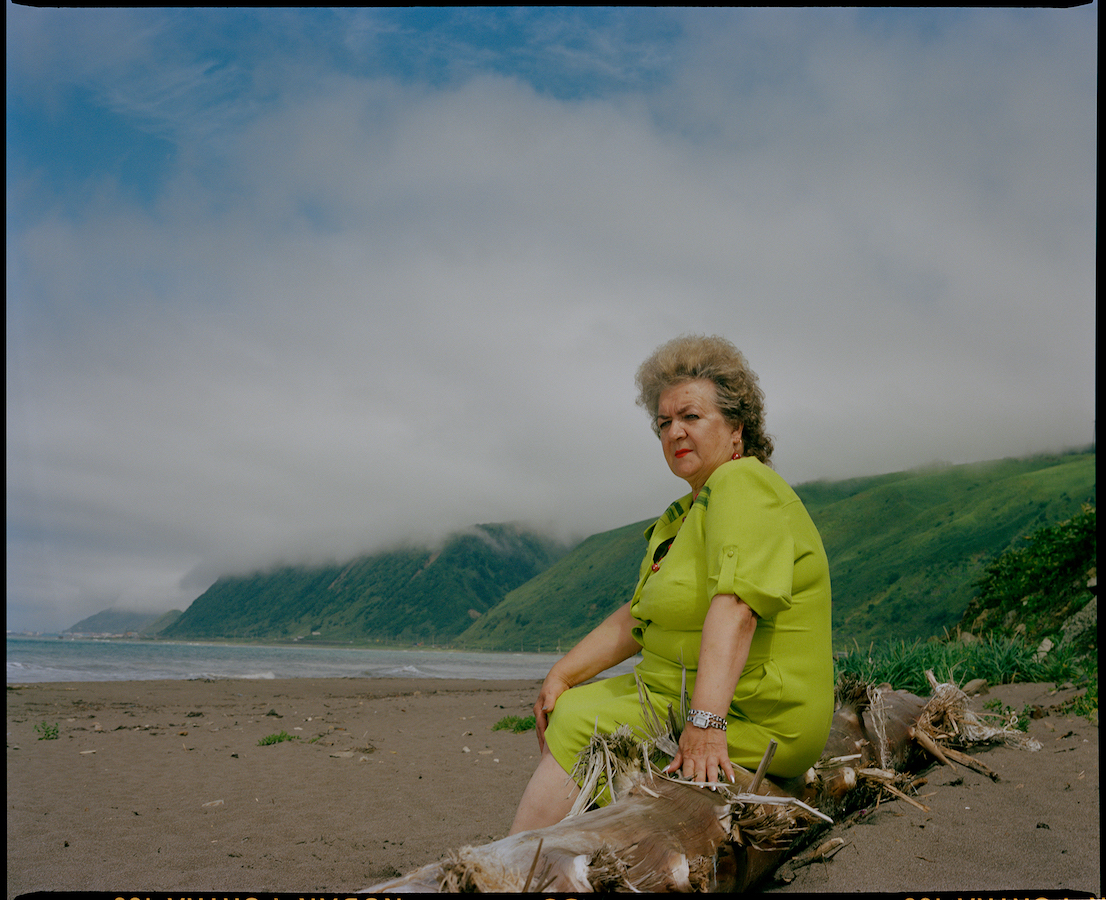 Grebennikova still remembers Nevelsk before the earthquake, describing it as “a really beautiful, really cool Soviet town”. Now, much of the town has fallen into dereliction, and with the lack of inhabitants, it has become increasingly “ghostly”, she says. “When I see the town now, I feel a lot of sad feelings, this reflective nostalgia. My grandmother misses [how the town once was] a lot. It’s quite a Russian mentality to miss the past.” 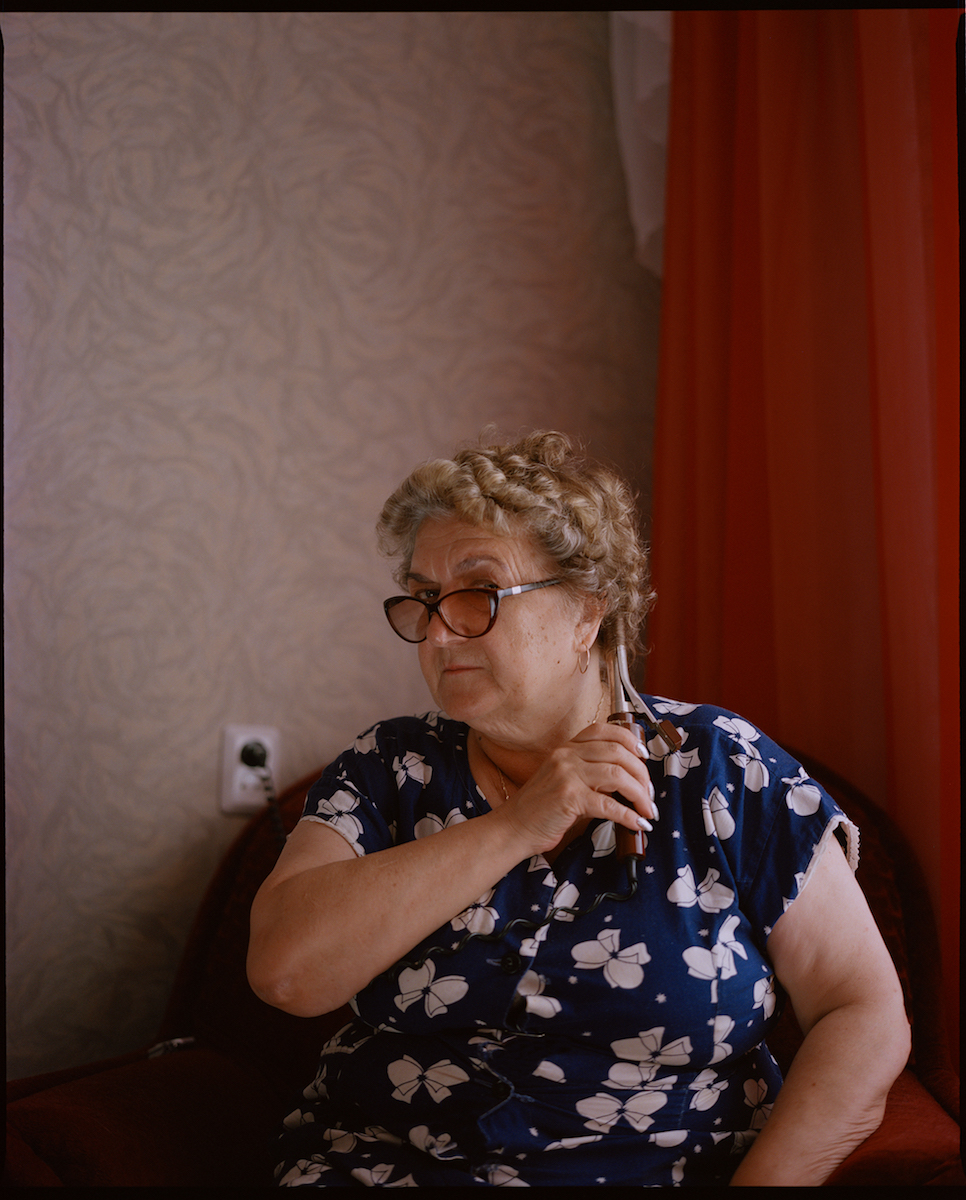 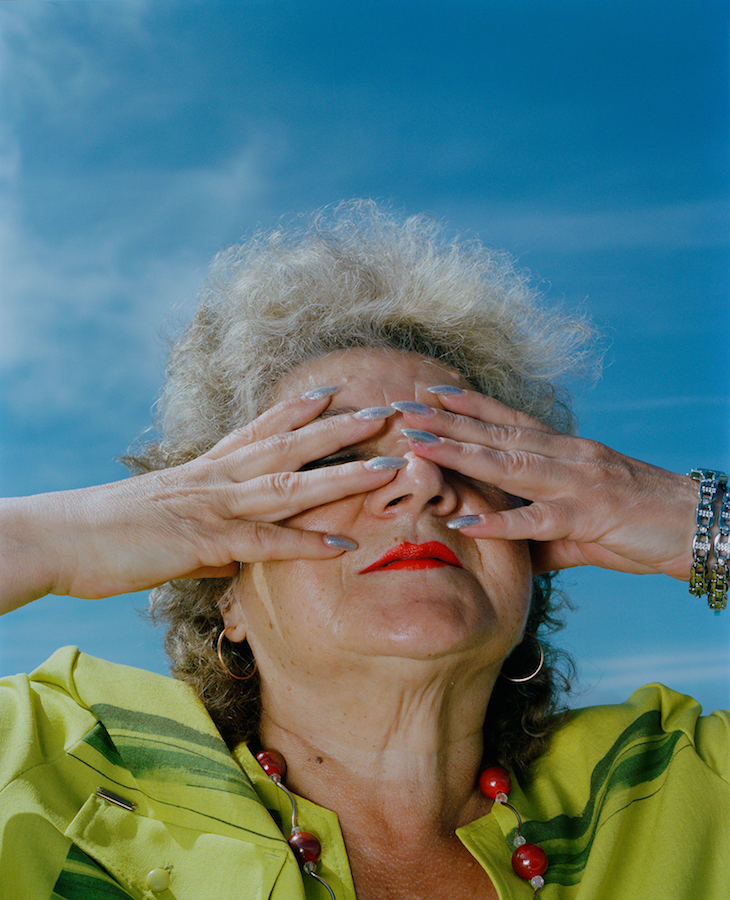 Linkedin
RELATED ARTICLES
OTHER ARTICLES
Photographer David Corio’s archive offers a glimpse inside a revolutionary era of music and nightlife.
Ahead of the release of their first collaborative album, the producer and rapper talk psychedelics and the state of UK hip hop.
A 37-year-old woman shares how her abortion led her to become a clinic worker, and the abuse she’s received in that role.
Sean Maung’s photos are a love letter to the Black and brown communities that make up New York.
Birdy Chu reflects on documenting the historic moment in which the territory was formally passed back from the UK to China.
The idea that a younger generation is abandoning work has become a popular narrative online, but it doesn’t necessarily reflect reality.