Art & Culture / A photographer’s heartfelt vision of the American West 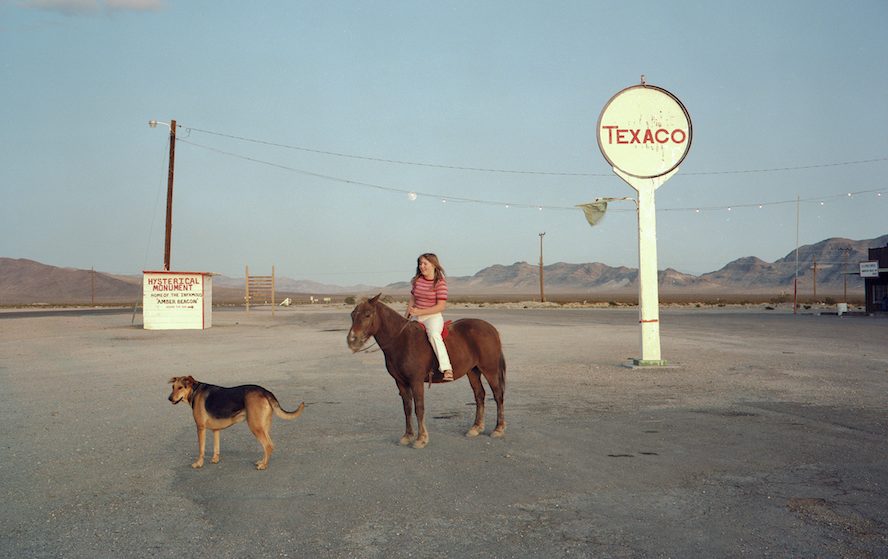 A new exhibition traces Ingeborg Gerdes’s fascination with the American West, which started with a road trip to Nevada in 1982 and became a decade-long project.

A special memorial exhibition for Ingeborg Gerdes traces the photographer’s fascination with the American West, which started with a road trip to Nevada in 1982 and became a decade-long project.

Hailing from Germany, photographer Ingeborg L. Gerdes (1938–2020) moved to the United States in the mid-1960s with her new husband after he received a scholarship to study at the University of Pennsylvania. After arriving, Gerdes purchased a 35mm camera and quickly fell in love with photography.

In 1967, the couple bought an old Peugeot and headed west. They spent two months on the road before arriving in San Francisco with countless rolls of undeveloped film ready for processing. They planned to spend a year in the city before returning to Germany until Gerdes discovered the San Francisco Art Institute (SFAI) and everything changed.

After receiving her MFA from SFAI in 1970, Gerdes found her niche seamlessly fusing street, documentary, and landscape photography with a dash of humour. As an émigré, Gerdes looked upon her adopted nation with a mixture of curiosity informed by a critical eye. 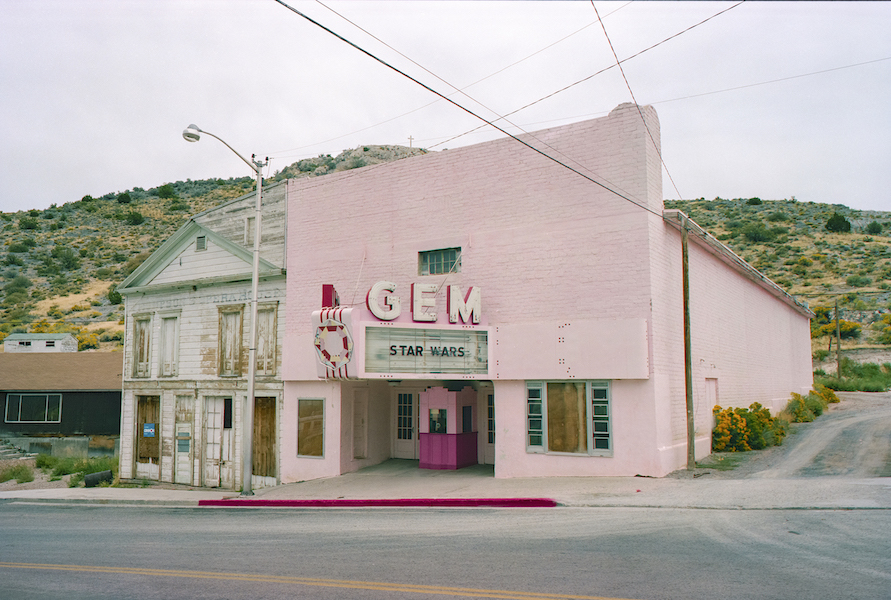 “Ingeborg is one of those people who can’t be pigeonholed because she was equally interested in different types of subject matter and ways of working,“ says photographer Owen Gump, a representative from the Ingeborg L. Gerdes Trust and a close friend of the artist.

Gerdes combined the social documentary traditions of artists like André Kertész with new approaches she learned at SFAI, which encouraged students to use photography to explore their personal histories, psychologies, and associative relationships with people. “It was important for her to have her feet in both those realms and not come down on one side or the other,” says Gump.

In the new exhibition, Ingeborg Gerdes: Out West, we see the photographer’s take on the classic road trip, offering a heartfelt look at the American West. The series came about by serendipity. In 1982, while on a camping trip to Nevada with her second husband, Gerdes became enthralled with the vast, ever changing landscape. 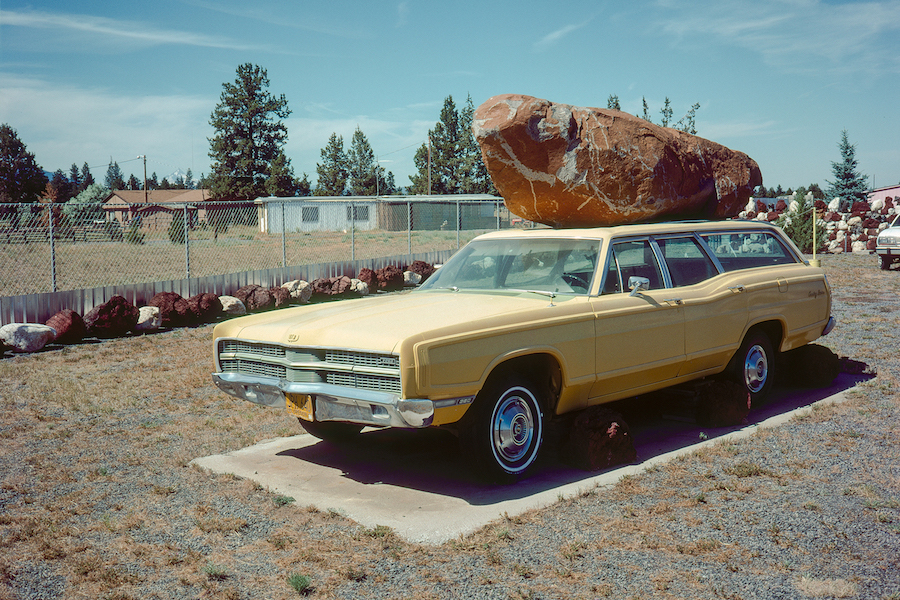 Over the next decade, she traveled across the West, making a portrait of the people and the places she encountered along the way. “Ingeborg went out without a preconceived agenda to see what would come,” explains Gump.

“She made some work in passing and others where she would spend a few days, engage with people in their own settings, and photograph them going about their day to day lives. The work is very different from street photography, but I see it as a logical extension of that.”

After Gerdes’ death last year, Gump became immersed in her archive. Although she exhibited her work alongside Mary Ellen Mark, Diane Arbus, Imogen Cunningham, and Bernice Abbott in Women Photographers: A Historical Survey at the San Francisco Museum of Modern Art in 1975, Gerdes never truly received her due in her lifetime.

“The totality of her work always reminds me just how important it is to stay engaged and inspired by things,” he says. “Ingeborg knew it was essential to keep herself engaged as an artist because the work had value. It belongs in the photographic canon.” 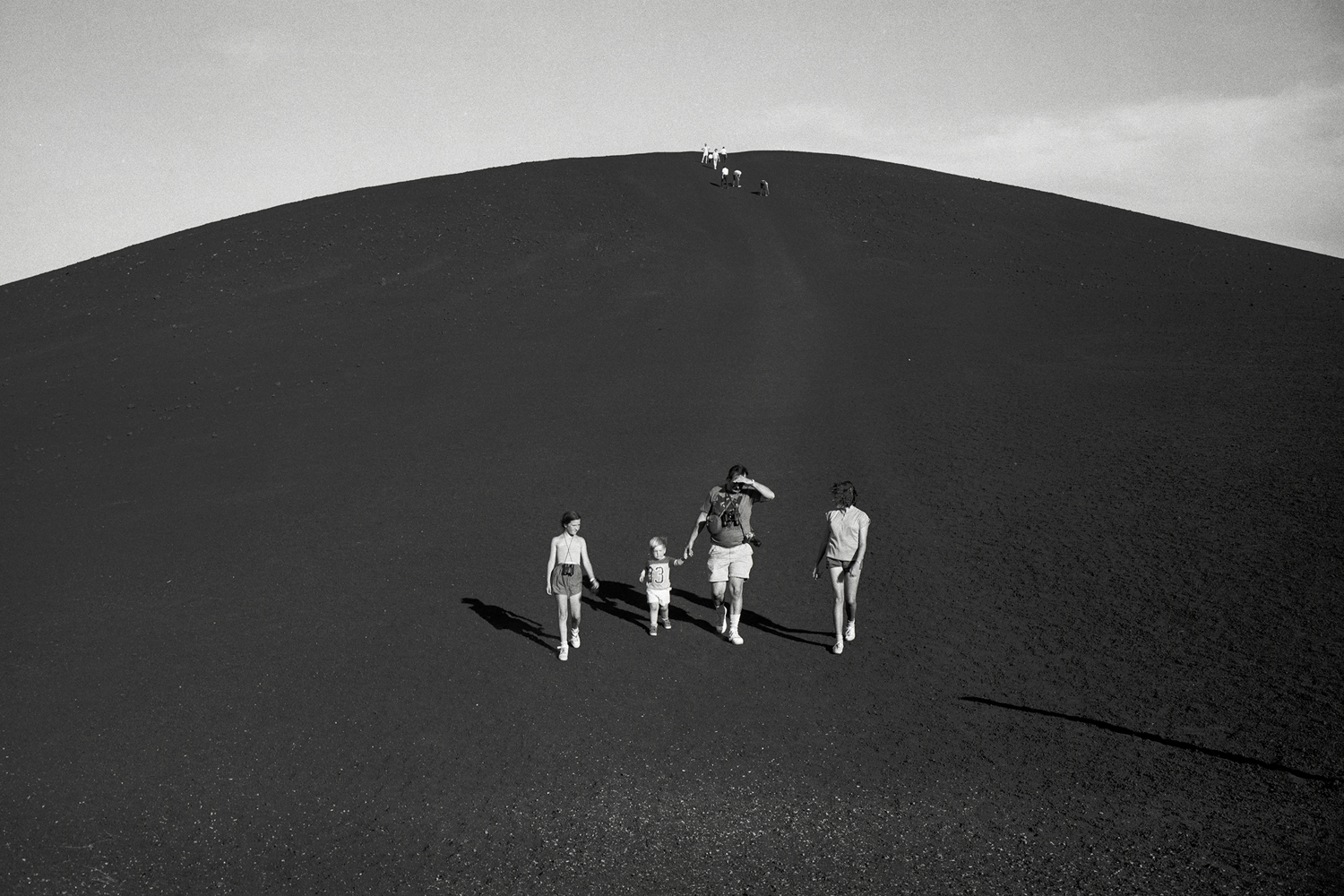 Craters of the Mood, Idaho 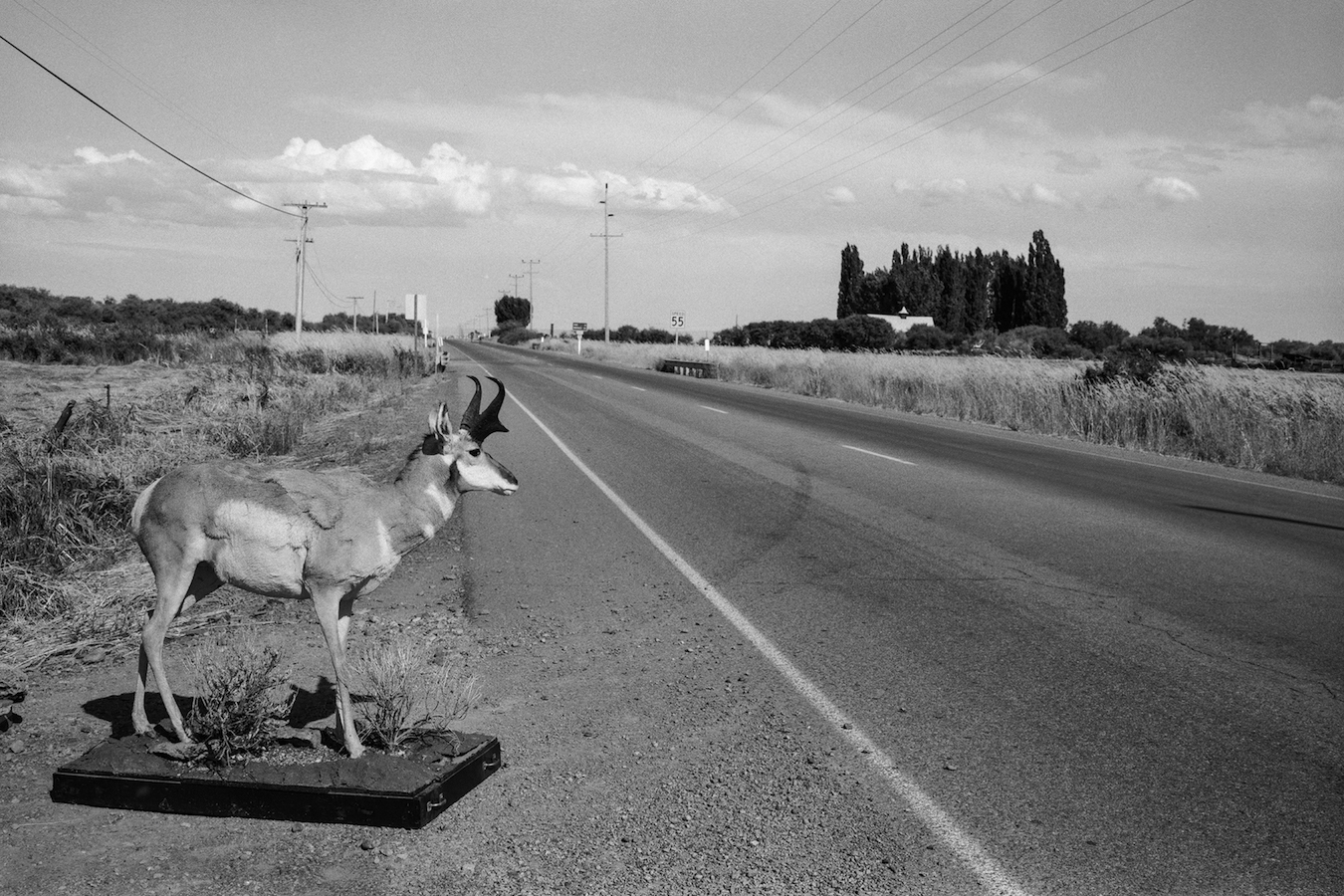 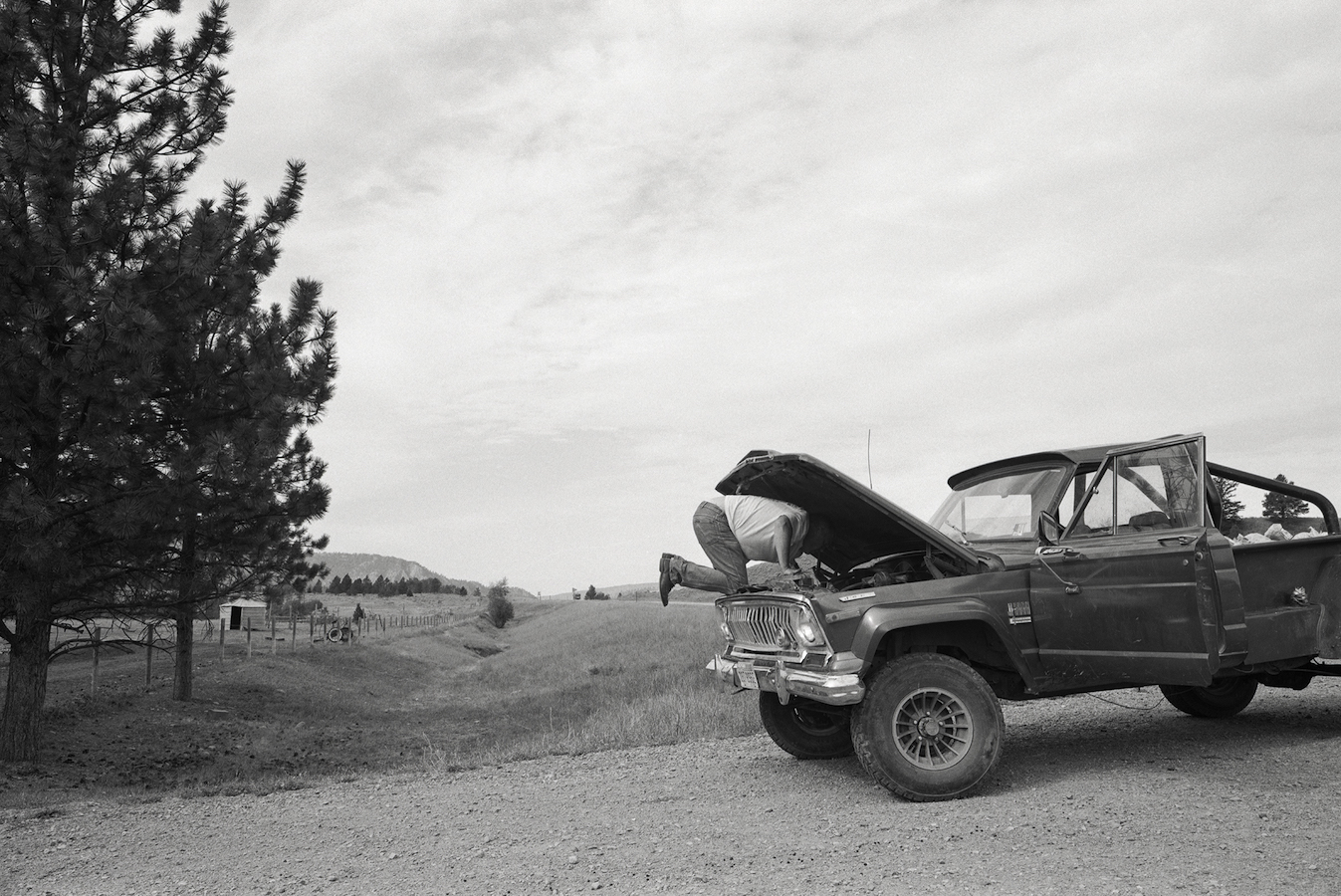 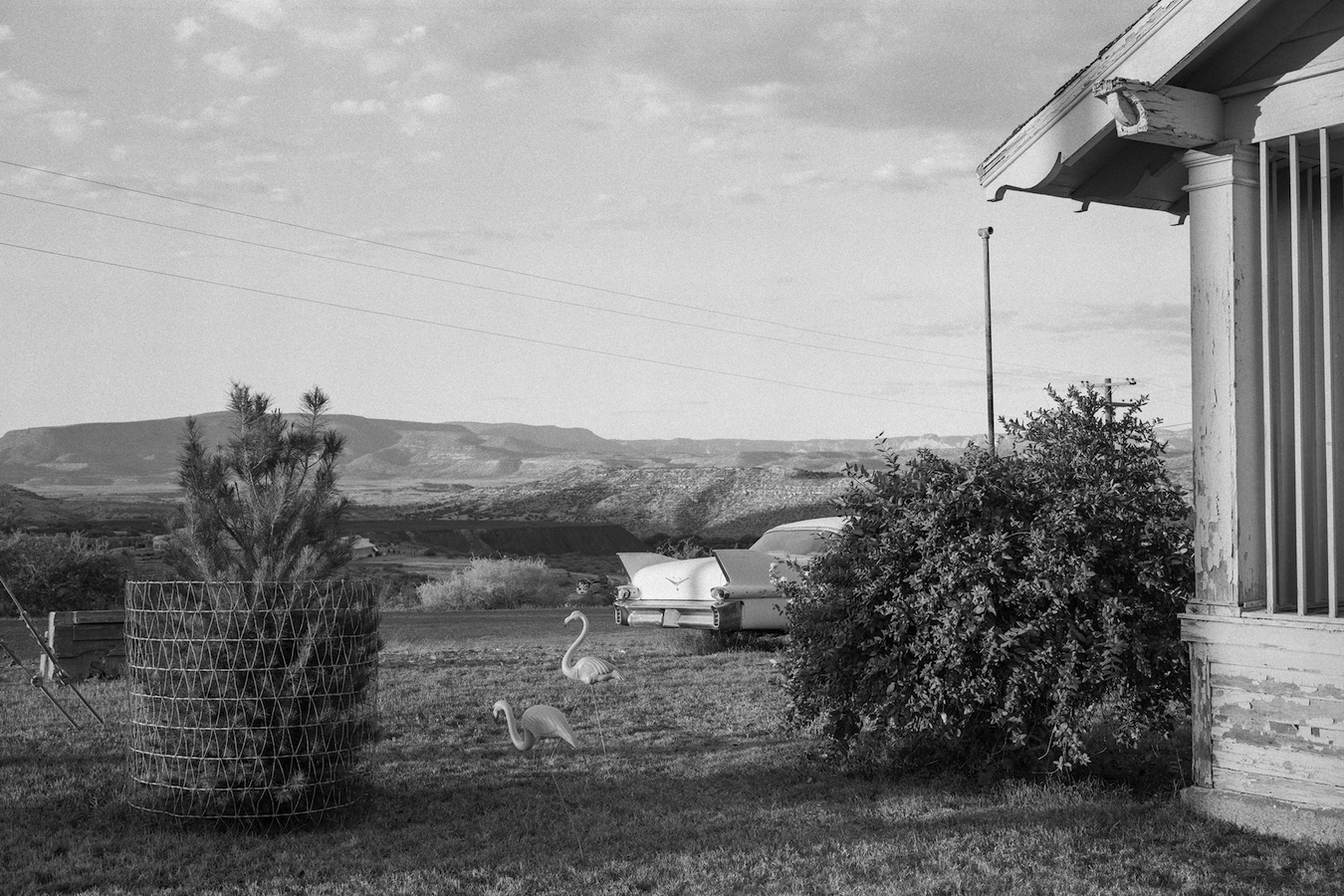 Ingeborg Gerdes: Out West is on view at Blue Sky in Portland, Oregon, through August 28, 2021.

Linkedin
RELATED ARTICLES
OTHER ARTICLES
The group’s leader and cofounder Randy Savvy talks nurturing the next generation of riders and keeping Black cowboy culture alive.
Satirical culture in the UK routinely protects the powerful and punches down. It’s time people stopped laughing along, writes Elia Cugini.
Following the release of his latest album God Don’t Make Mistakes, the rapper talks horror villains, police brutality and being unafraid to show his vulnerable side.
The photographer recalls working with some of the biggest names in the business – from Salt-N-Pepa to the Sex Pistol – at a time when music magazines played a powerful role in shaping the scene.
Over the weekend, London locals came together to resist a pre-planned police raid targeting delivery drivers.
Following the success of her debut novel, the Tottenham native is restating her commitment to the place that made her.