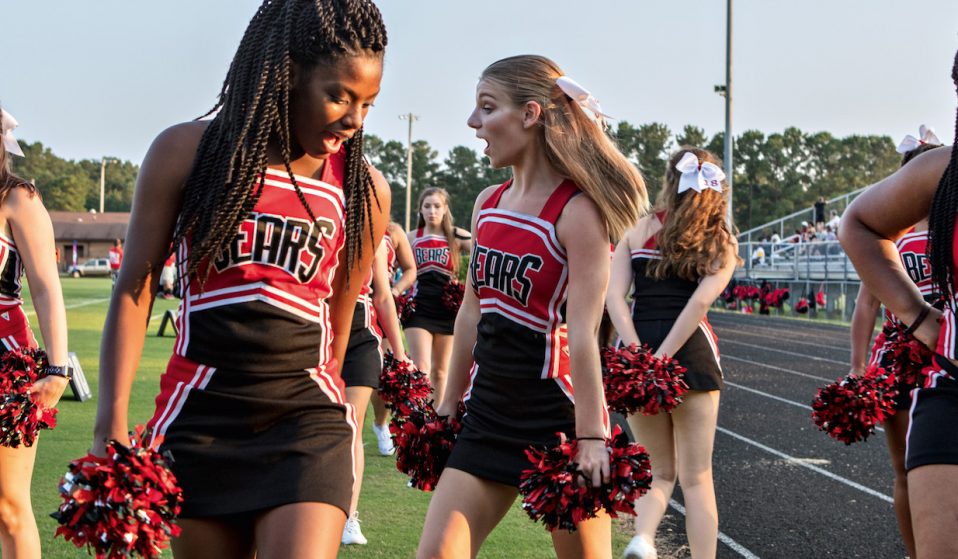 Photographer Michael von Graffenried made a series of four trips to New Bern to create a series of panoramic images over a 15-year period. The result is an empathetic call for increased integration at a pivotal moment in American history.

Photographer Michael von Graffenried made a series of four trips to New Bern to create a series of panoramic images over a 15-year period. The result is an empathetic call for increased integration and understanding at a pivotal moment in American history.

Centuries before European imperialists arrived, the Tuscarora people of the Iroquois Confederacy migrated from the Great Lakes region to what is now North Carolina. In 1710, Christoph von Graffenried arrived and laid out New Bern, a town named for his home state in Switzerland, which encroached on Tuscarora lands.

A year later, war broke out. Lacking the artillery of the invaders, the Tuscarora lost after a four-year fight resulting in the death of nearly a thousand, while others were sold into slavery. By the 19th century, New Bern had risen to become the largest city in North Carolina, owing to its success to the forced labour of enslaved peoples brought against their will from Africa.

In 1862, the Union Army captured and occupied New Bern for the duration of the Civil War. Some 10,000 enslaved people from the region escaped and fought against the Confederacy. Due to the continuous occupation, the town bounced back after the South lost, becoming a thriving centre for freedmen. Today, New Bern is home to 30,000 people, 55 per cent white and 33 per cent Black citizens.

In 2006, Swiss photographer Michael von Graffenried received a call from the organisation Swiss Roots, which wanted to launch a publicity campaign to promote the image of the country in the United States. “The organisation called me and told me about New Bern, which was founded by my ancestor Christopher in 1710. I did not know about it at all,” von Graffenried recalls.

“At first I said no, I was not interested about my family history and I did not want to work on this issue. But one month later, I realised this could be an opener to penetrate the society of an American small town.”

Photography, which von Graffenried first took up in school, provided the artists with “a reason to spend time in the streets and get in contact with things and people I could not otherwise reach”. Such wisdom was shared by one of von Graffenried’s closest friends, Robert Frank, author of the landmark 1958 book, The Americans.

Camera in hand, von Graffenried made a series of four trips from his home in Bern, Switzerland, to New Bern to create a series of panoramic photographs over a 15-year period, which have just been published in the book Our Town (Steidl). The result is a poignant portrait of the Black and white communities of New Bern that is decidedly not a work of tourism.

“It’s a small community and nothing really happens but the boring atmosphere made me look more closely and carefully,” says von Graffenried, who offers a “Tale of Two Cities” look at Black and white life in a Southern town.

Here, white folks boast manicured lawns and post “Women for Trump 2020” signs on the streets, hunt big game and show off home arsenals. On the other side of town Black folks live in notably more modest circumstance, but find joy and pride in the community. Unsurprisingly it appears the only time the two communities really come together is on the football field.

Our Town is out now on Steidl.

Linkedin
RELATED ARTICLES
OTHER ARTICLES
Wealth inequality and the rising cost of socialising is placing a strain on people’s relationships, reports Eve Upton-Clark.
The last few years have seen an increase in LGBTQ-led initiatives to feed the hungry, with many finding ways to stay afloat despite the challenges.
The author discusses the all-consuming nature of heartbreak, and turning the experience into an incisive exploration of love and loss.
Photographer Matthew Brookes recalls following a group of young people in Venice Beach living in search of the perfect wave.
Whether it's partygate, the climate crisis or the spiralling cost of living, the fightback begins on the picket lines writes Tommy Vickerstaff
The past five years have seen a staggering increase in foodbank usage across the UK. Now, staff fear things are set to get much worse.