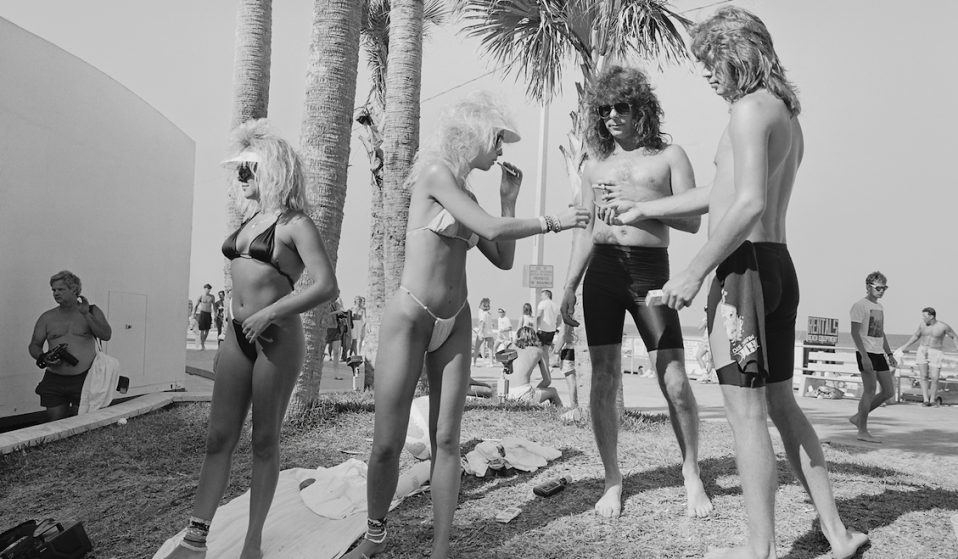 A new book brings together photographer Paul McDonough vibrant scenes from across the US, offering a elegiac topography of the late 20th century.

A new book brings together photographer Paul McDonough’s vibrant scenes of Los Angeles, Chicago, Austin, Portland, and New Orleans, as well as on the road, to offer an elegiac topography of the late 20th century.

From an early age, American photographer Paul A. McDonough displayed a natural gift for making art, a talent he shared with childhood friend, noted photographer Tod Papageorge. Although trained as painter, McDonough became restless in the studio and wanted to get out in the world.

“Photography not only let him do that, it encouraged his need to roam,” says Yona McDonough, the photographer’s wife.

After dreaming of moving to New York City, McDonough finally arrived in 1967. “It was every bit as wonderful and exhilarating as he’d imagined,” says Yona. “Paul said that the constant activity, flowing, ebbing, bubbling over, was like a kind of endlessly unfolding theatre and all he had to do was walk and wait – it would all come to him.” 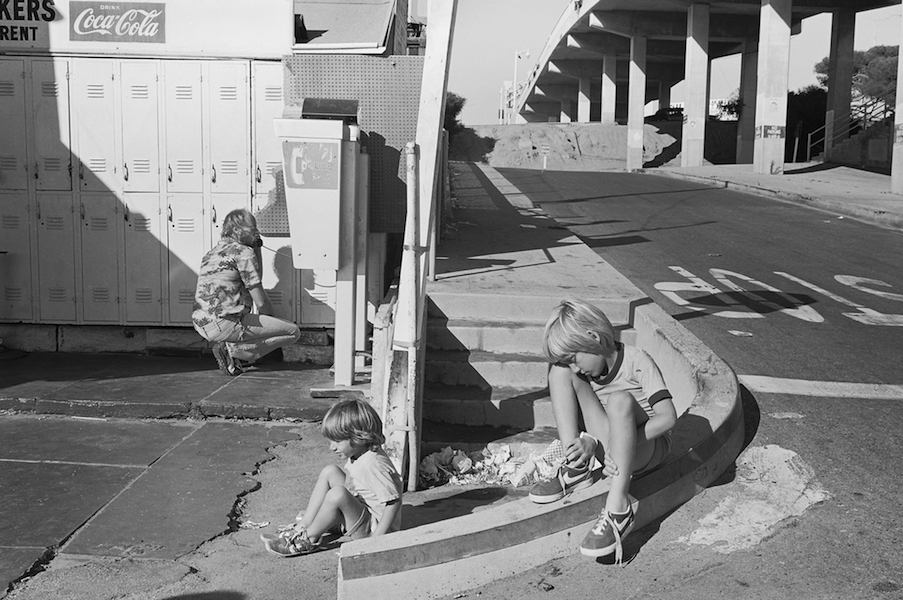 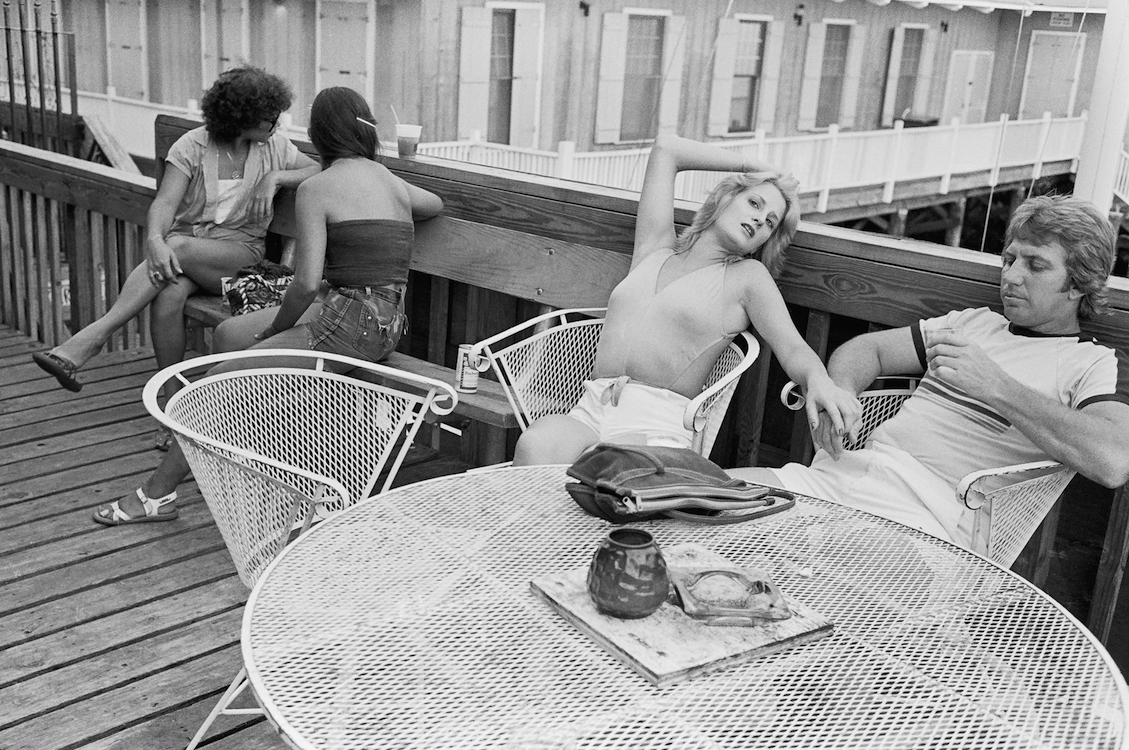 A true flâneur, McDonough would walk the streets of New York for six hours or more, meeting up with Garry Winogrand and Papageorge before continuing his journey. Inspired by the work of Walker Evans, Robert Frank, Henri-Cartier Bresson, Eugène Atget and Bill Brandt, McDonough understood that he could create art anywhere he ventured.

Between the 1960s and ‘90s, McDonough made numerous trips across the nation to photograph quintessential scenes of contemporary American life that have become artefacts of the analogue era. Collected in the new book, Headed West (Stanley/Barker), McDonough brings together vibrant scenes of Los Angeles, Chicago, Austin, Portland, and New Orleans, as well as on the road, to create an elegiac topography of the late twentieth century. 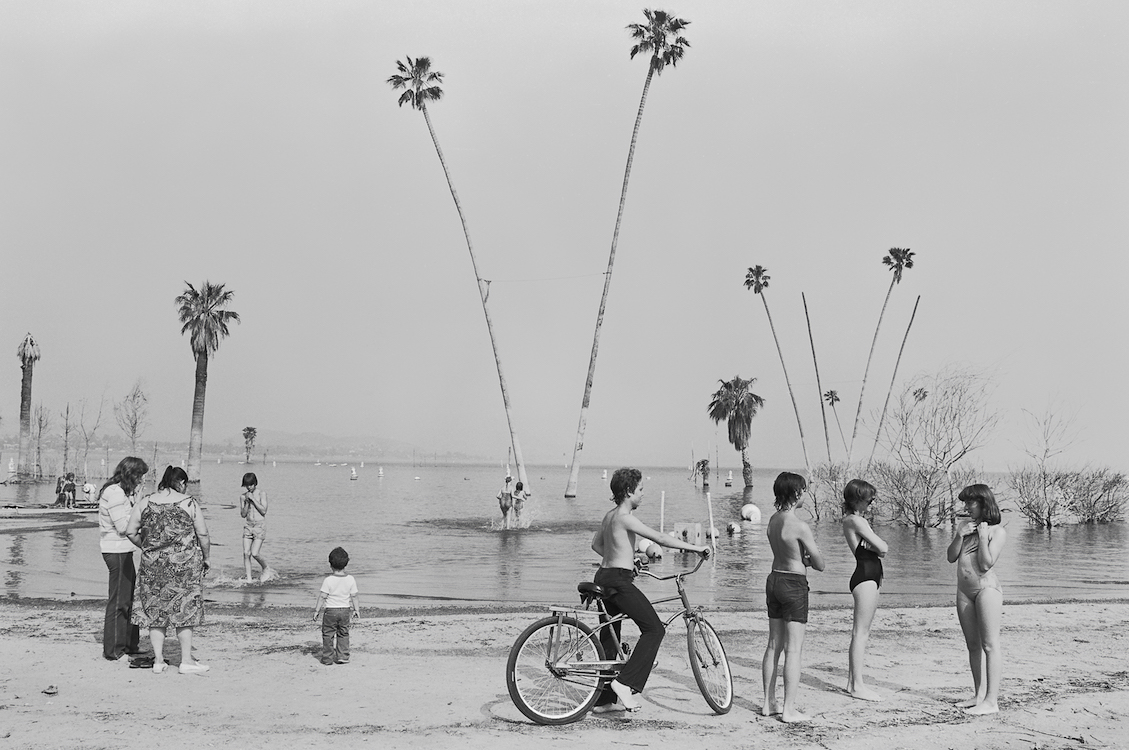 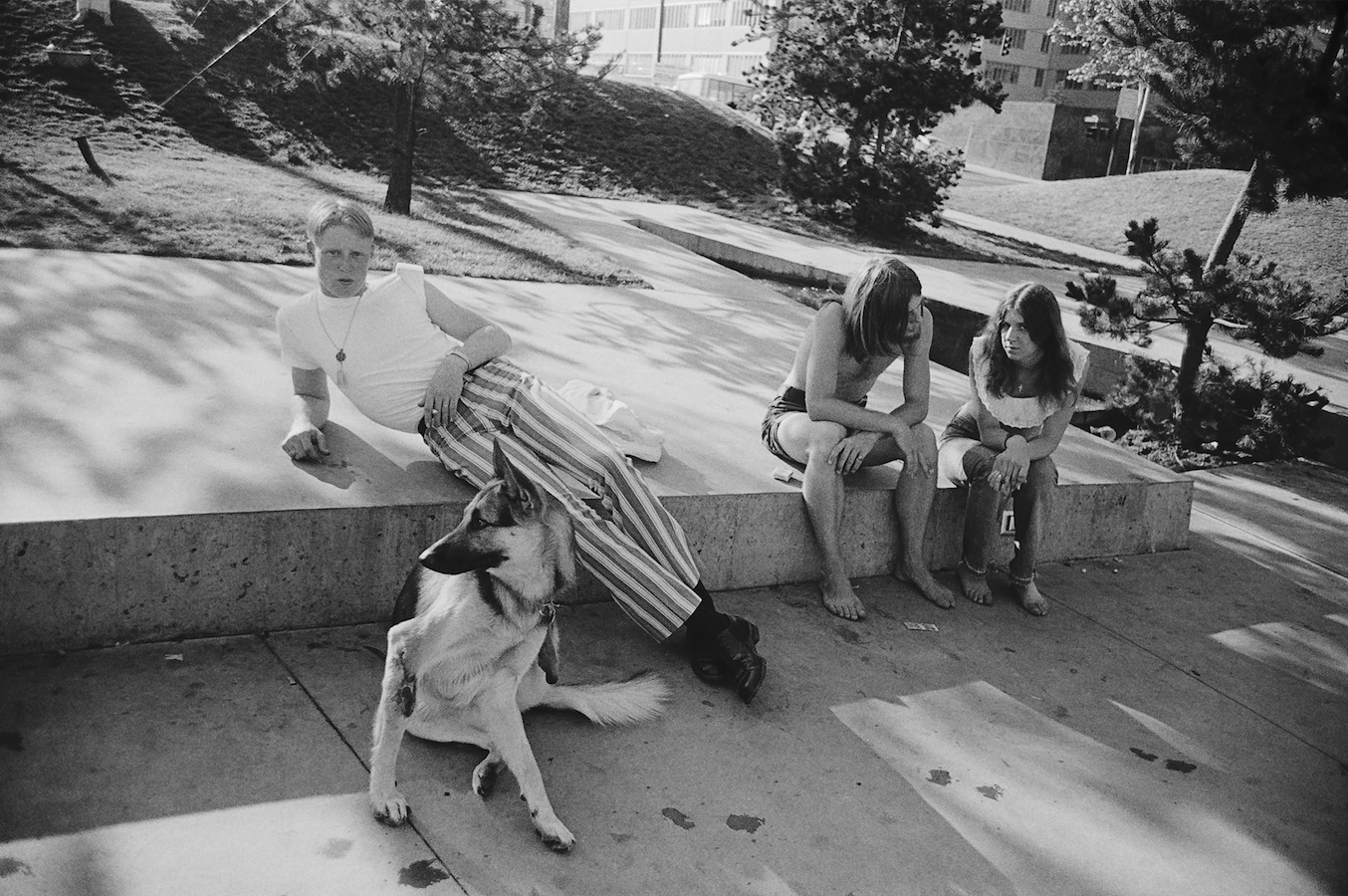 “The locations where Paul photographed were not tourist destinations or sites that a traveler would seek out,” says American artist Andrew Borowiec, who worked with the McDonoughs on the book. “Rather, he photographed ordinary, unglamorous places where, ever attentive to the specific details of the world abound him, Paul discovered moments of grace and poetry.”

McDonough’s ability to capture the magic within the mundane is a poignant reminder that beauty surrounds us at every turn – often in the places we are least likely to look. To preserve the integrity of the scene, McDonough was careful not to draw any attention to himself. 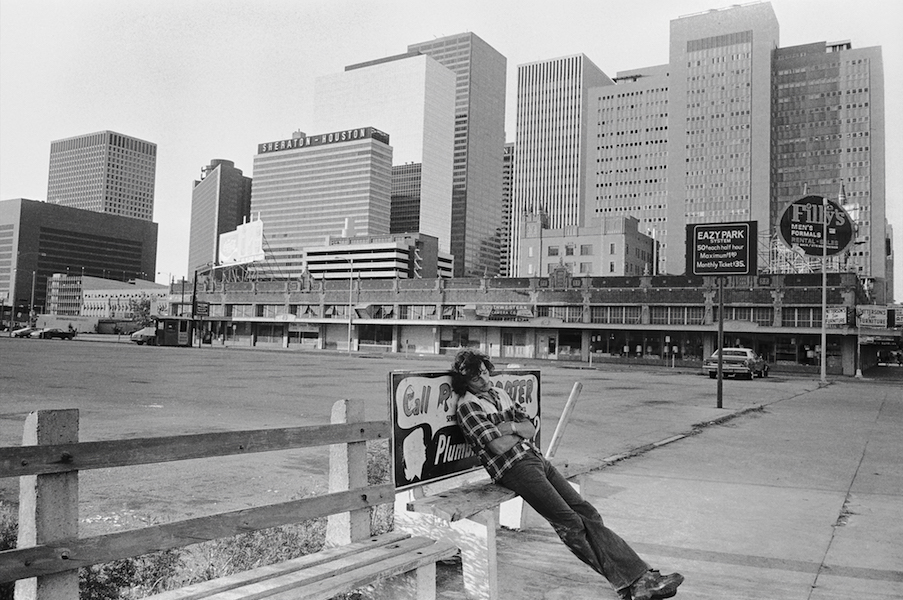 “Paul wanted to be invisible,” Yona says. “He showed me various ways he made it seem he was looking elsewhere while actually taking a photo. He had many little gestures to deflect scrutiny or notice. He’d be holding the camera and look in one direction while the lens was point somewhere else and then carefully, quietly, press the shutter – that was a typical ploy.”

Alert and attentive, McDonough brought a distinctive blend of subtlety and sophistication to his work, all while preserving the vernacular American landscape. “What I’ve always loved about his photographs is their intelligence: the way their meanings depend on and derive from Paul’s simultaneous mastery of all the elements that make up a photograph,” says Borowiec.

“The choice of vantage point, the way it is framed, its specific moment, and the particulars of what is shown – those details conspire to deepen, complicate, and clarify the picture’s meaning. Above all, Paul’s photographs are manifestations of an observant, subtle, and witty humanity.” 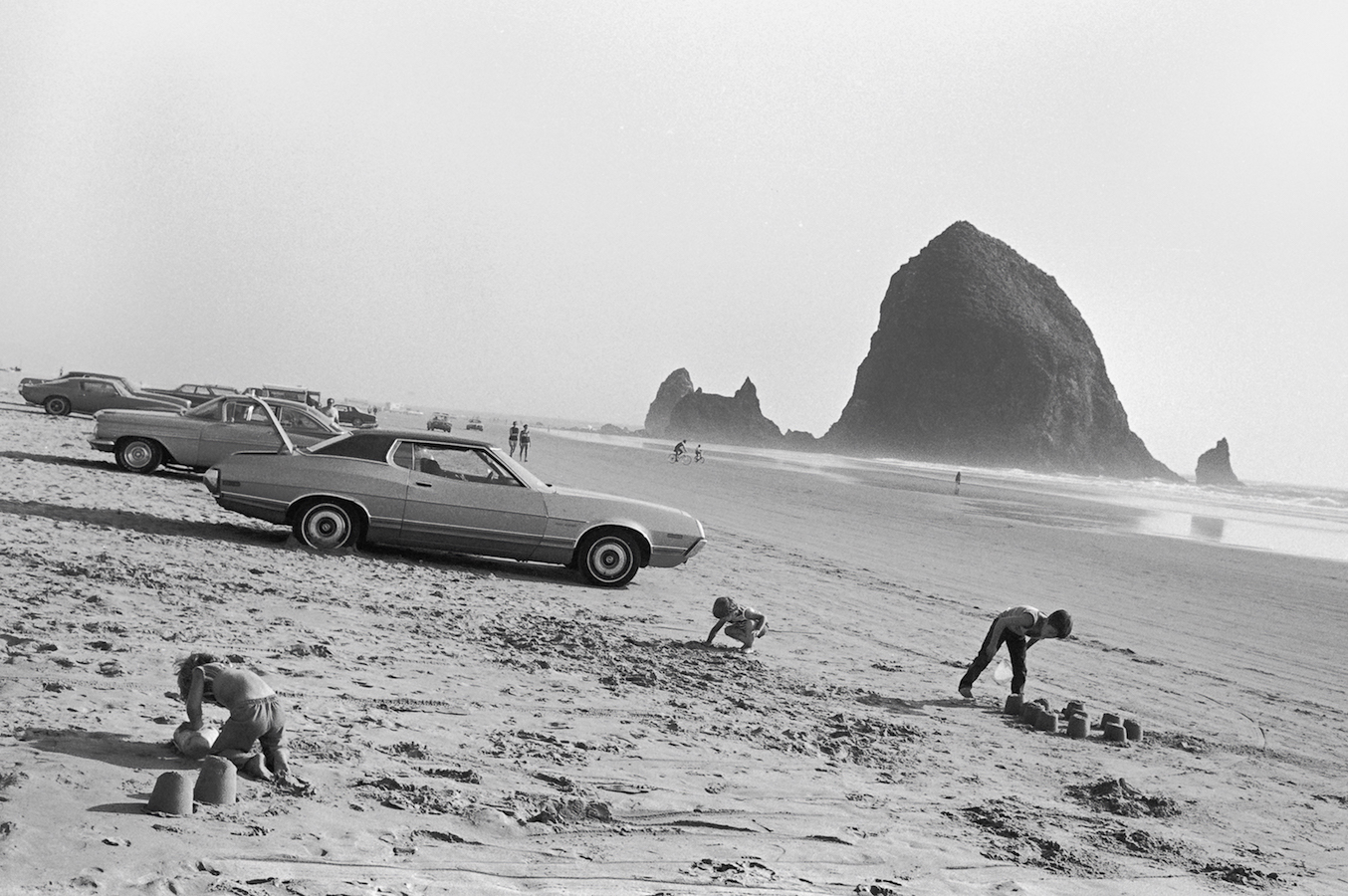 Headed West is out now on Stanley/Barker.

Linkedin
RELATED ARTICLES
OTHER ARTICLES
In her new book, the author explores the country’s housing crisis in human terms and calls for radical action to address a broken system.
A new edition of a seminal book brings together iconic images of the band onstage in their full glory and backstage in moments of unguarded camaraderie.
Freddie Miller’s new series of photographs investigates who today’s trainspotters are and what drives their unfettered enthusiasm.
Writers Gracie Mae Bradley and Luke de Noronha take on the callousness of borders, arguing for a world beyond them.
Over the years, a swimming hole in a city park has evolved into a magnetic meeting place for Philadelphians – a hideaway where people can connect with the natural landscape, and each other.
For decades, an area of East London has served as a community hub for Vietnamese people looking for a taste of home.