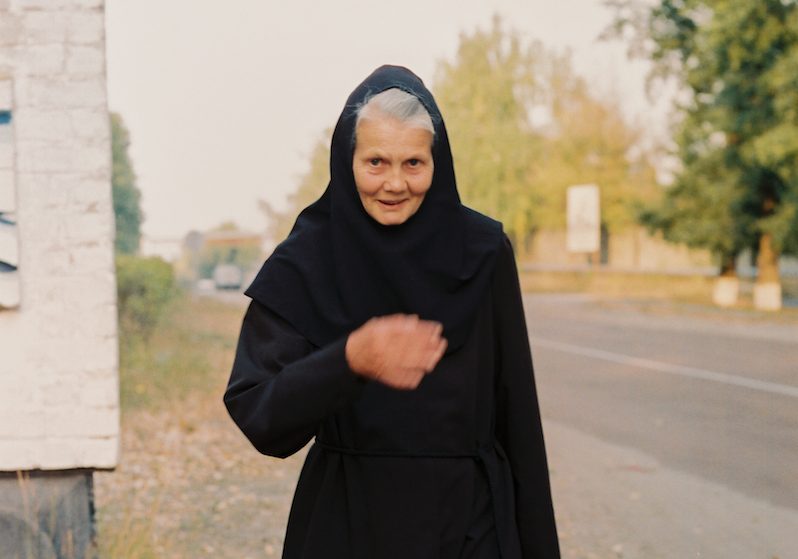 Photographer Jake Millers recounts travelling to Chernobyl to capture the relics of a former way of life 30 years on from the nuclear disaster.

In 1986, Chernobyl became the site of the worst nuclear accident in history. 30 years on, photographer Jake Millers travelled to the town to capture the relics of a former way of life.

On 26 April 1986, a nuclear disaster of previously unimaginable scale took place at the Chernobyl Power Plan in Ukraine. With a number of immediate casualties and toxic radiation spreading out across Europe, the devastating impacts of the disaster have, rightfully, been well documented, standing as a reminder of the potential dangers of nuclear energy.

Many years later, the abandoned city of Chernobyl is now open as a macabre tourist location where travellers can learn more about the disaster. Here, disused buildings stand in juxtaposition with the daily influx of new visitors, as well as crews of power plant workmen, still working to contain the threat of the remaining nuclear plant.

Over three decades on from when the disaster broke out, Manchester-based photographer Jake Millers travelled to Chernobyl himself. Much like any other tourist, he was drawn to Ukraine due to a fascination with the former USSR and “its architecture, design and culture, and how it differs so much to Western Europe and the rest of the world,” he explains. 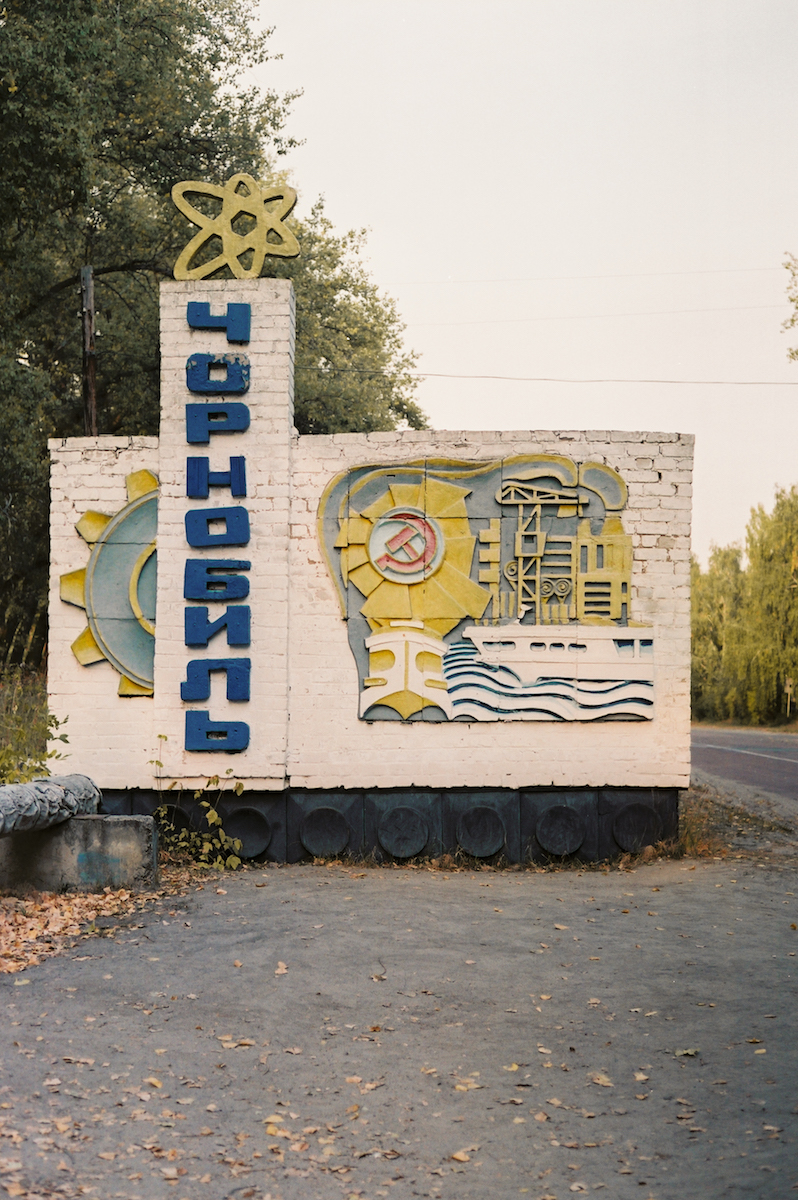 While he began his trip elsewhere in Ukraine, Millers eventually gravitated towards Chernobyl and the nearby city of Pripyat, taking pictures on his film camera of what he saw there. As someone who originally developed his photographic practice through urban exploring, the unusual location sparked an interest in Millers, who saw what he describes as a “beauty and a realism” in the area’s deteriorating buildings and parks.

The resulting photographs paint an eerie portrait. With an atmospheric stillness, Millers’ camera enshrines relics of a former way of life, such as Soviet era sports halls and the original “Welcome To Chernobyl” road sign, alongside a parred-down hotel room, radiation detectors and busloads of power plant workers – all monuments to the reigning “new normal”. 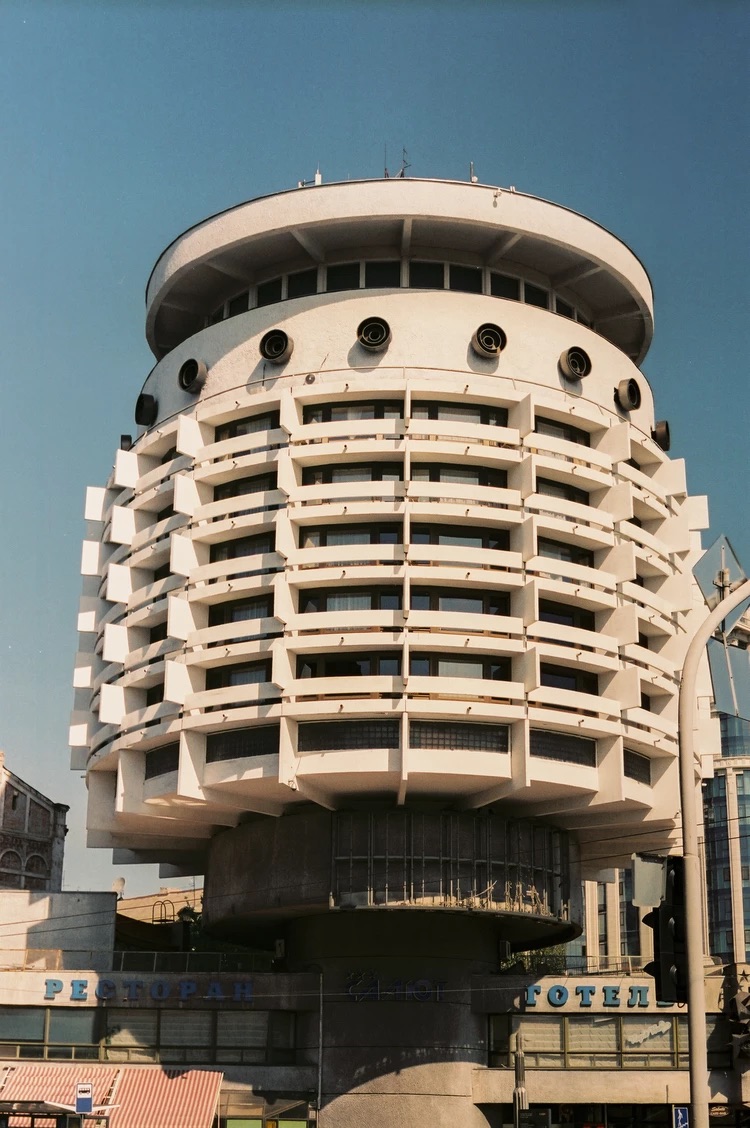 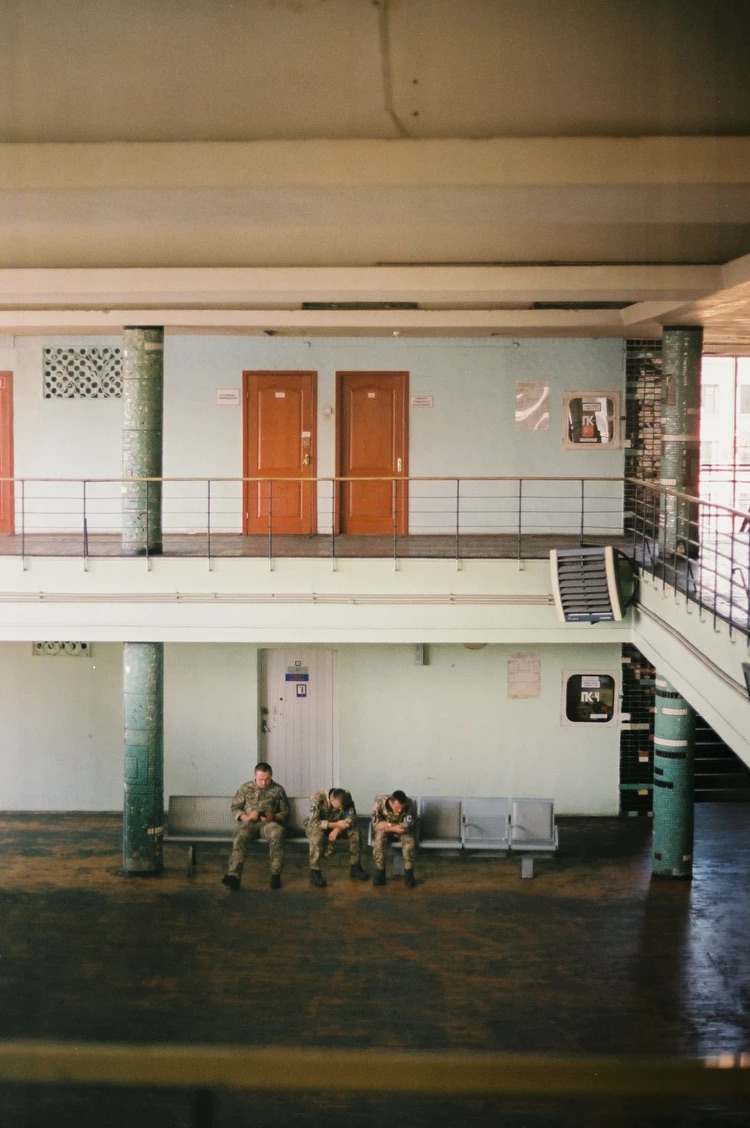 While the state of contemporary day Chernobyl is no secret, what’s far less commonly discussed is the trauma left behind, particularly for those ripped from their communities after being forced to evacuate. Surrounding the site of the blasts is an exclusion zone of 2,600 kilometres squared, where villages and towns were evacuated in order to protect the public from the effects of radiation. Yet while many individuals were torn from all they knew and forced to begin again, others fought to remain.

While visiting to the area, Millers came across one such person: a nun hitchhiking to Kiev who had been forced to leave the area but who had returned out of a reluctance to leave behind her home forever. One of an elderly population of “samosely” (or self-settlers) who defy the risk of radiation to live in Chernobyl and other ghost towns in the exclusion zone, she features in a portrait in Millers’ series, speaking with him via a translator.

With the nun drawing on her faith and the power of prayer to overcome the challenges of living in such a depopulated area, Millers recalls the sentiment she was able to imparted, despite the language barrier. “She always wished to return to her motherland, which [eventually] she did, because home will always be home no matter the circumstances,” explains Millers. 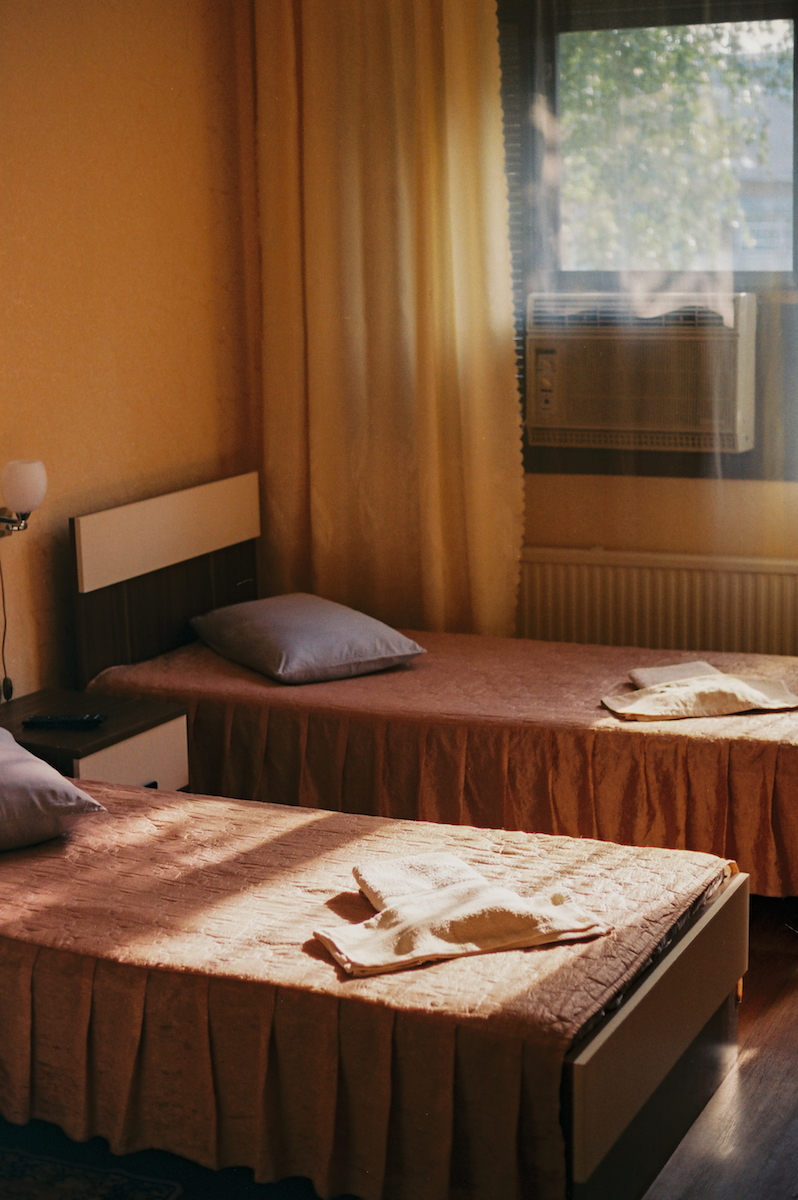 Hotel room in the town of Chernobyl

The stark images from Millers’ series evoke a vision of a post-apocalyptic future. But sci-fi movie scenes aside, the realities of climate change may well create many Chernobyl like cities, rendered uninhabitable for humans due to rising sea levels, spiking temperatures and drought. The hysteria which followed the Chernobyl disaster and, years later, the Fukushima Daiichi nuclear disaster, have been replaced by the creeping, omnipresent threat of environmental annihilation.

“The possibilities of climate change could force people to evacuate their homes [in future] just like it did the people of the Chernobyl disaster,” Millers suggests. “The fear for many people in the 20th century was nuclear, now it is extreme climate.” 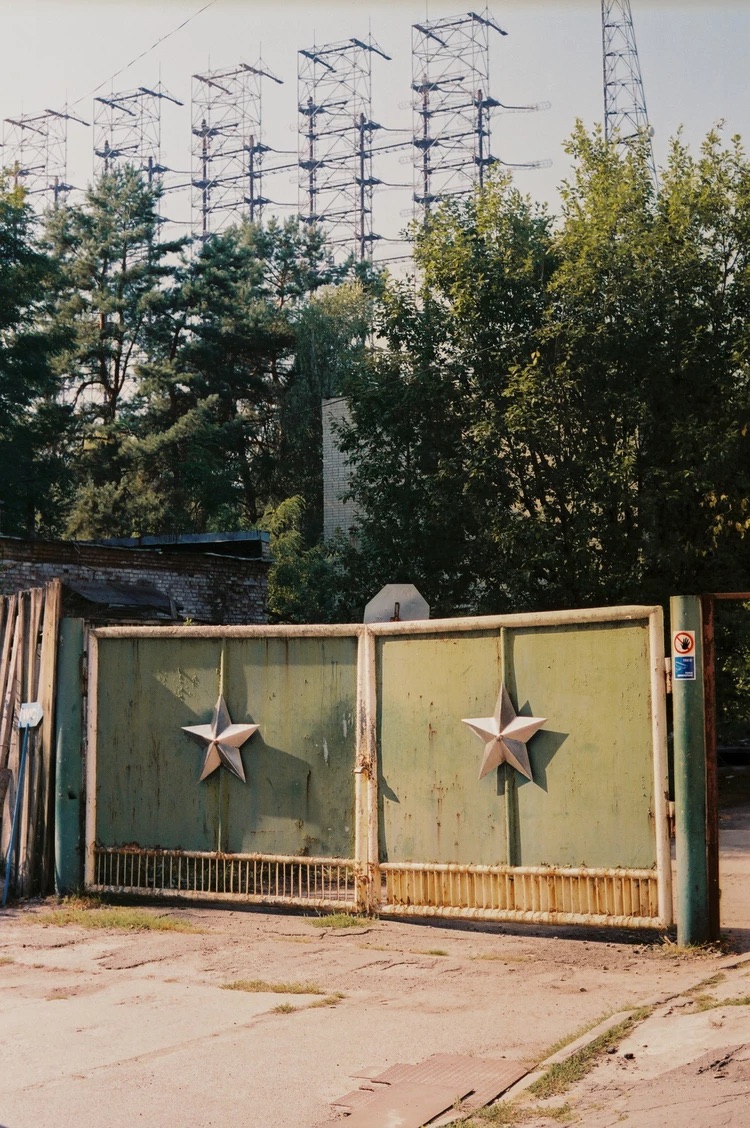 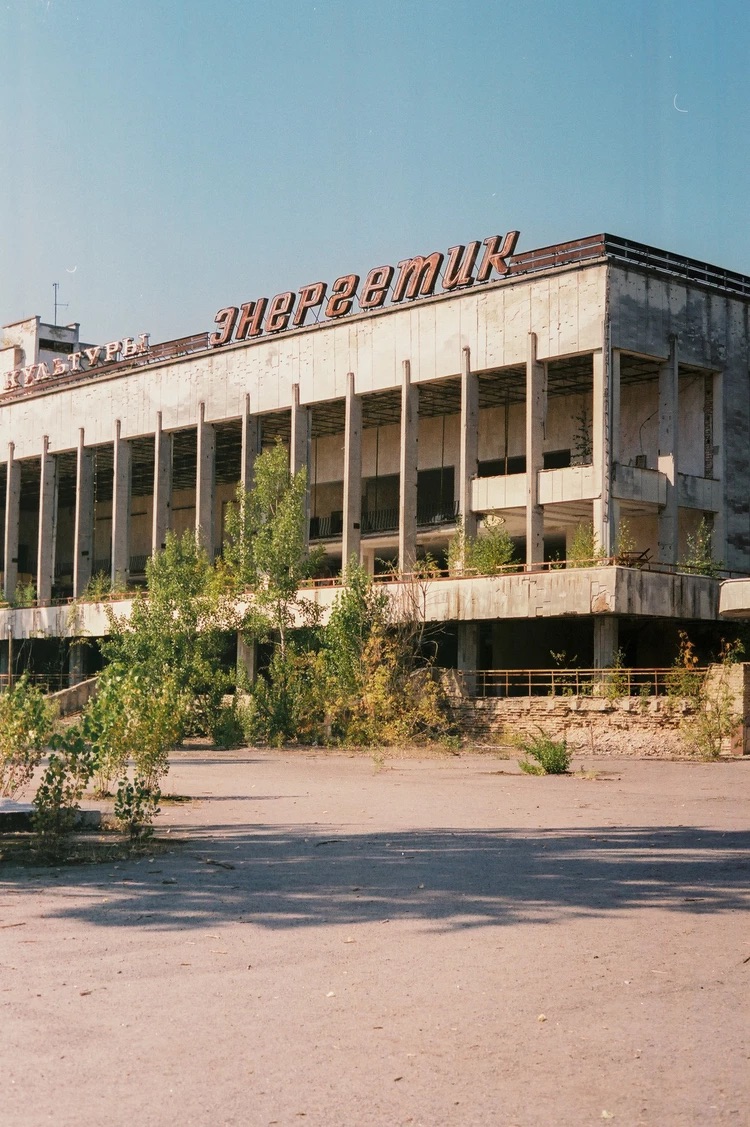 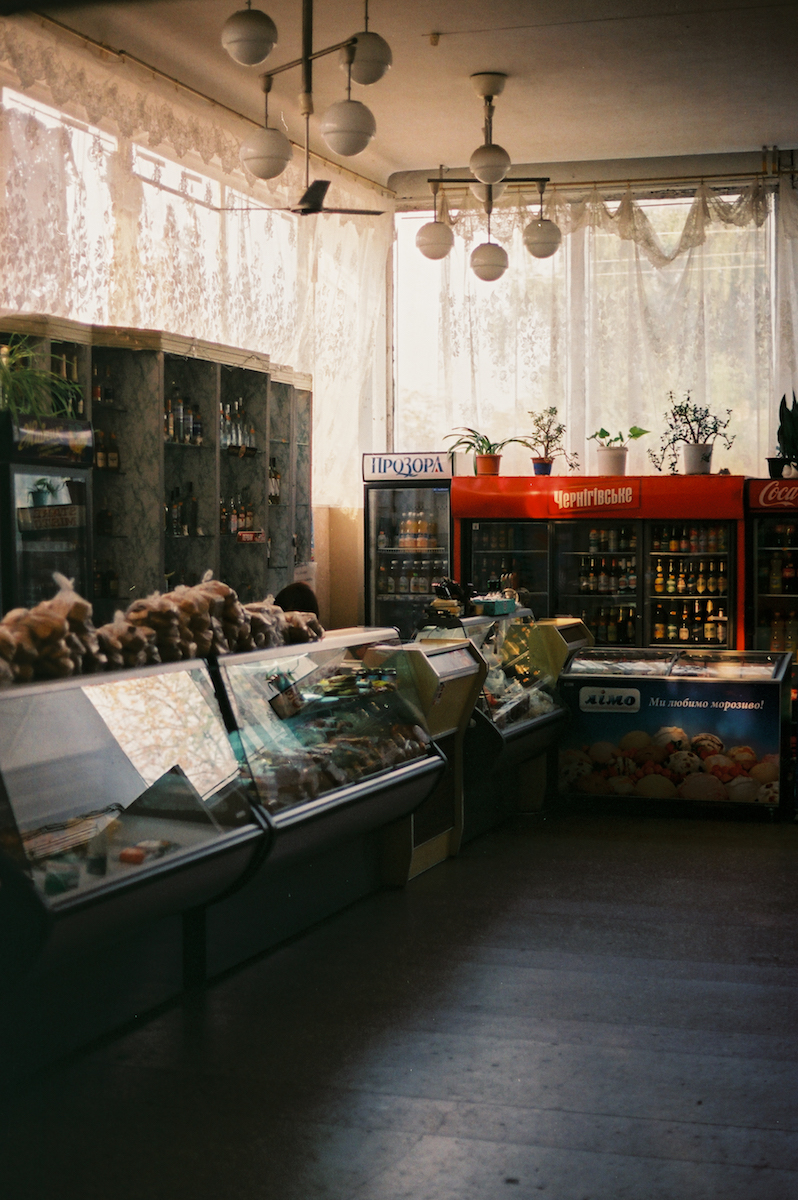 The local supermarket in Chernobyl town 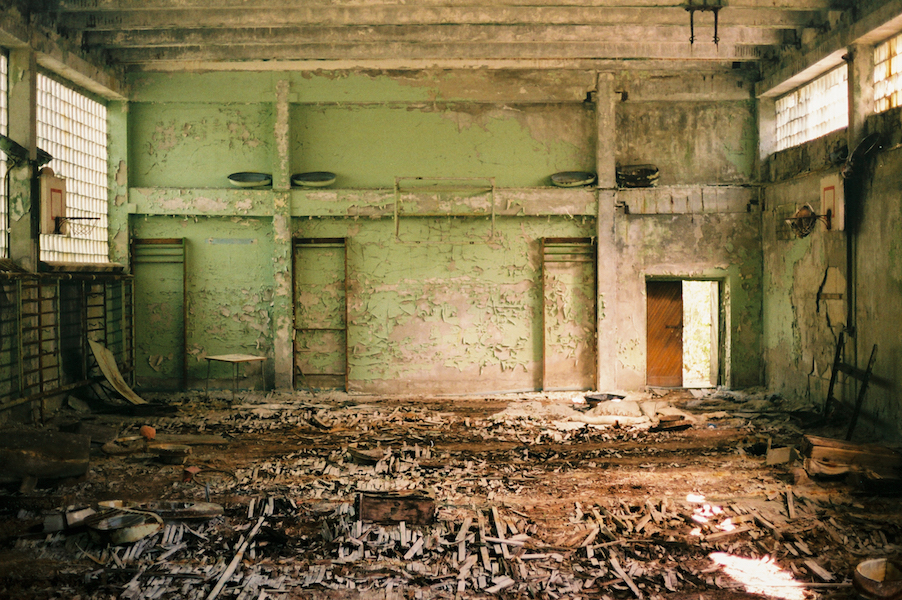 Sports hall in the abandoned city of Pripyat 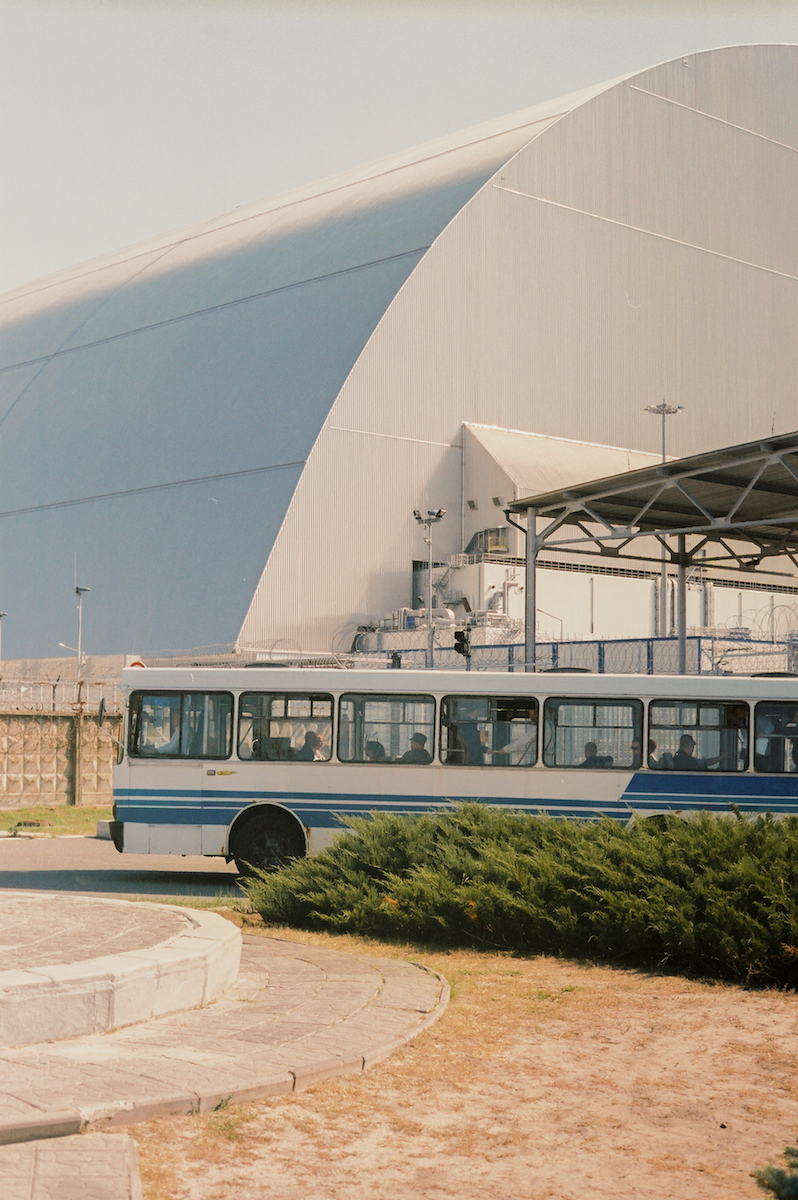 Power plant workers being dropped off at reactor Number 4. Behind, the destroyed reactor is now housed by the new Sarcophagus. 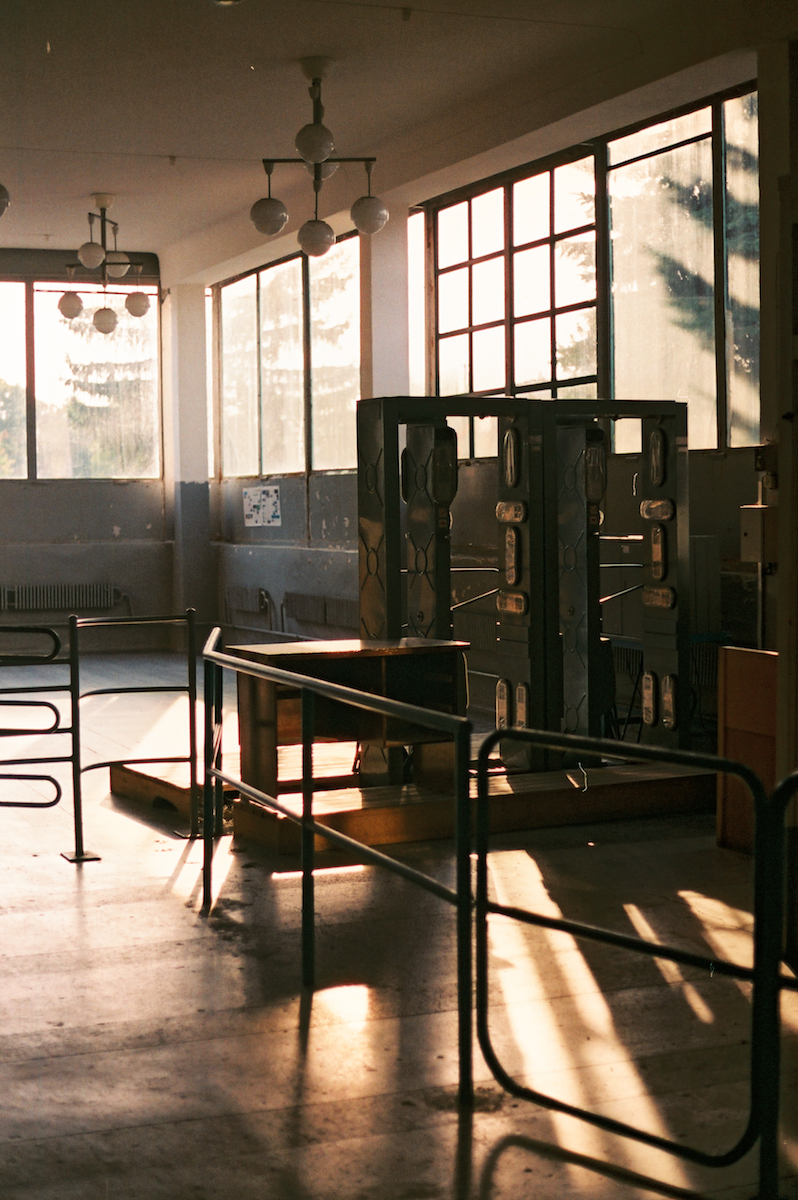 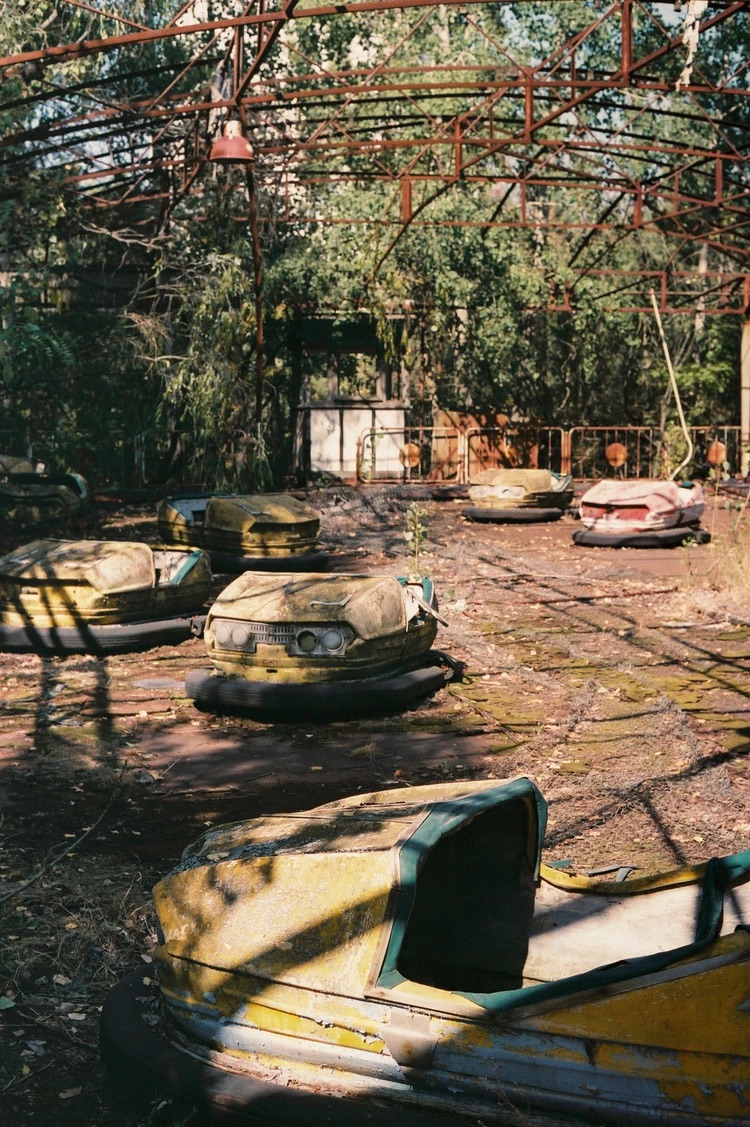 Linkedin
RELATED ARTICLES
OTHER ARTICLES
As the Scottish government announces a rent freeze, an activist with Living Rent who fought and won shares how they did it, and what must come next.
A group of young Palestinians have found temporary freedom in the act of parkour, reimagining wreckage and ruins as a series of high-octane playgrounds.
By turning a real-life crisis into daytime television fodder, TV bosses have once again shown themselves to be completely out of touch with audiences.
Cindy Campbell recounts how her brother ushered in a new era of musical culture at a party she held in the Bronx in ‘70s.
Yesterday thousands gathered outside Buckingham Palace after news of the Queen’s death broke.
Ahead of the release of their first collaborative album, the producer and rapper talk psychedelics and the state of UK hip hop.