Art & Culture / A queer archive of Northern England in the ‘90s 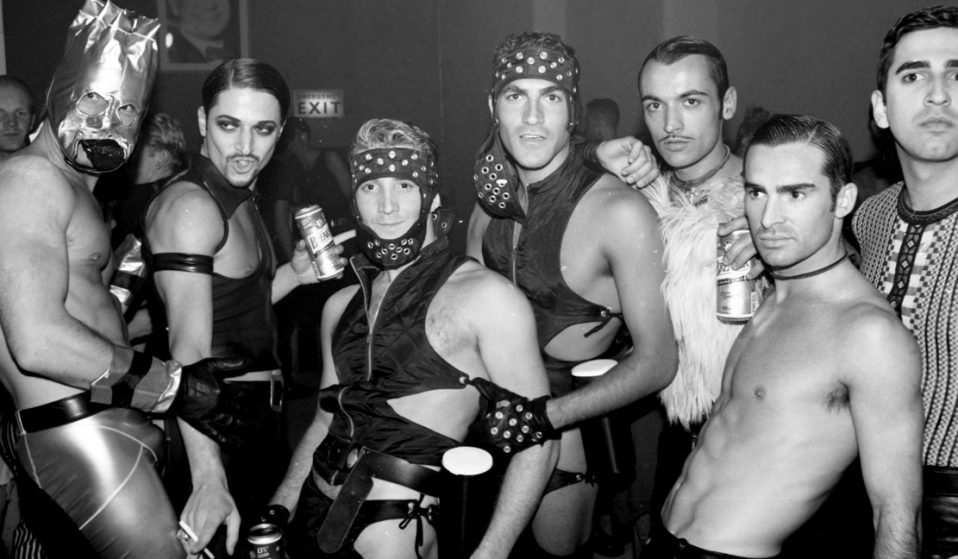 In spring 2020, Stuart Linden Rhodes began excavating his attic. It was a decision induced by the first lockdown, but his findings furnished the photographer with a new project that would extend well beyond the initial rise of Covid-19. Rhodes discovered an untouched treasure trove of queer history under his rafters; thousands upon thousands of undeveloped negatives from his youth were tucked away, each picture snapped in Northern gay bars and clubs across the ‘90s.

The Halifax-raised Rhodes’ extensive collection of photos offers a euphoric deep dive into a thriving queer night life – from fetish gear-clad dancers staring down his lens to mingling torsos slicked with sweat to a rouged Lily Savage captured in full emcee mode. Naturally, in an era that has imperilled queer night life, Rhodes’ photography takes on a greater resonance, the clarity of his images capturing a candid, uninhibited joy that feels increasingly distant. 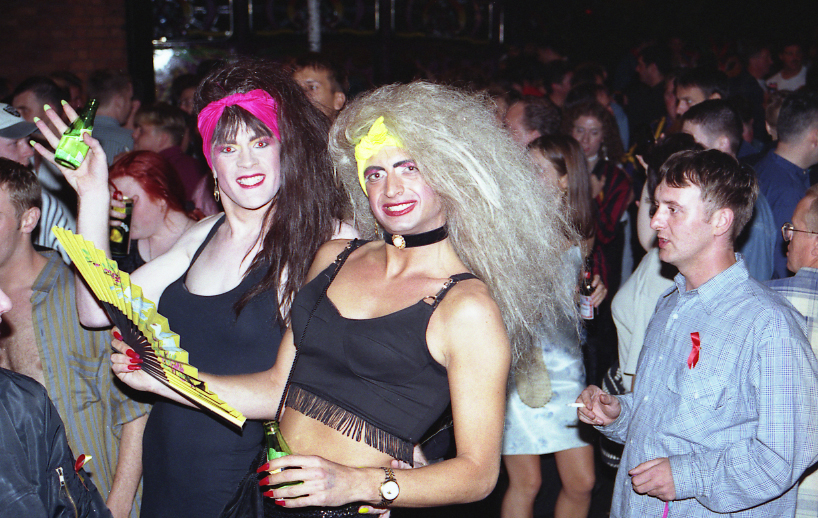 “I’ve always had an interest in photography,” says Rhodes. “And back in the ‘90s, a friend of mine, Terry George, was starting APN [All Points North], a free gay magazine that went into all the bars and clubs.” Rhodes was soon asked if he wanted to become the magazine’s scene reviewer and photographer. “I thought, ‘Oh, free night out? Why not!’. It started as all expenses paid and a bit of pocket money. I’d get into the car with a few of my friends and off we’d go around the clubs taking pictures.”

At this point Rhodes was working in colleges, teaching business and hospitality management. “In the midst of this I had Clause 28 [a legislative designation for series of laws across Britain that prohibited the ‘promotion of homosexuality’] on my back,” he says. “So, when I wrote for APN, I used my middle name – the column was ‘Out & About with Linden’. Everybody at work knew what I was doing but I did it to avoid that conflict, just to make life simpler for everybody.” 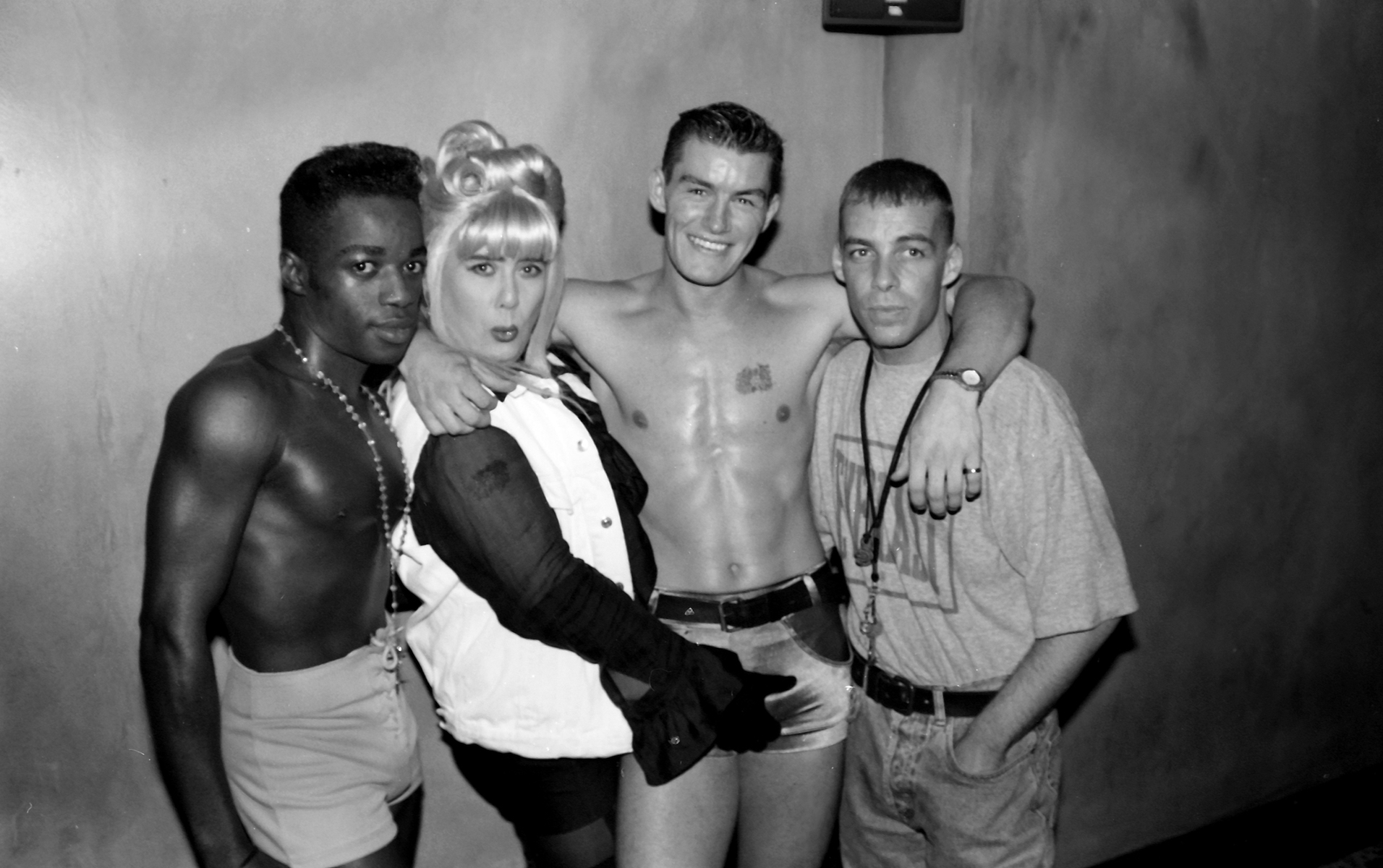 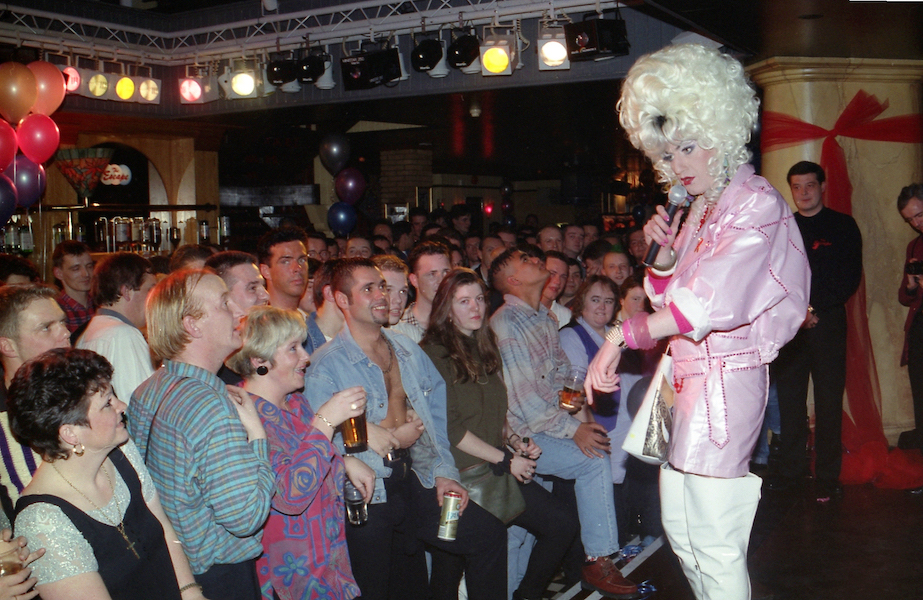 The decision to digitise the photos in 2020 was mostly motivated by “absolute boredom in lockdown,” Rhodes says. After the year-long process of scanning the 35mm film, the photographer decided to upload them to the Instagram account @linden_archives. “I thought a few people might like to see them,” he says. “And now it’s got thousands of followers. I’ve had a lot of feedback from people going ‘Oh my goodness, what was I wearing? What was I thinking? Look at my hair!’. I’ve also had poignant comments about people who have since died, thanking me for sharing pictures of them.”

Rhodes mentions the popularity of It’s a Sin – the Channel 4 drama that provided a rare look at the reality of the AIDS epidemic in the UK during the ‘80s and early ‘90s. “I noticed a spike in interest in the Instagram account after it aired,” says Rhodes. “It’s a Sin was set mostly in the 80s so [the Instagram] is like, ‘This was life after It’s a Sin’.” 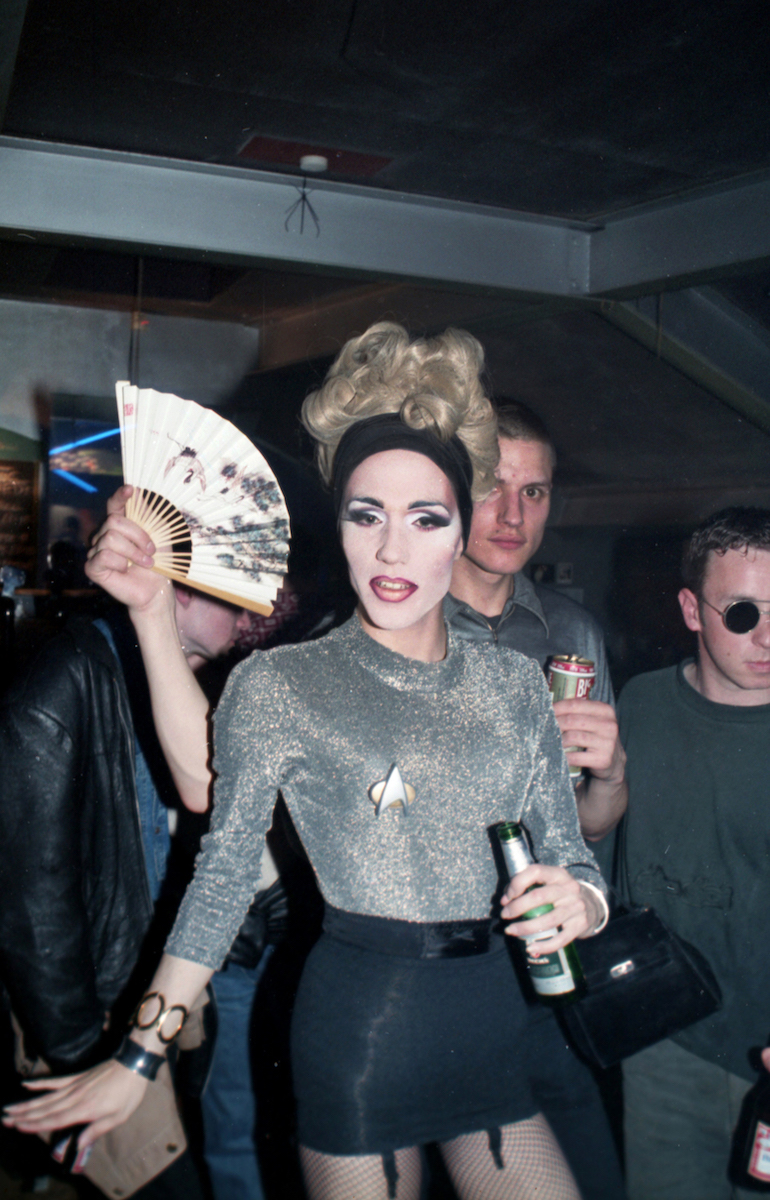 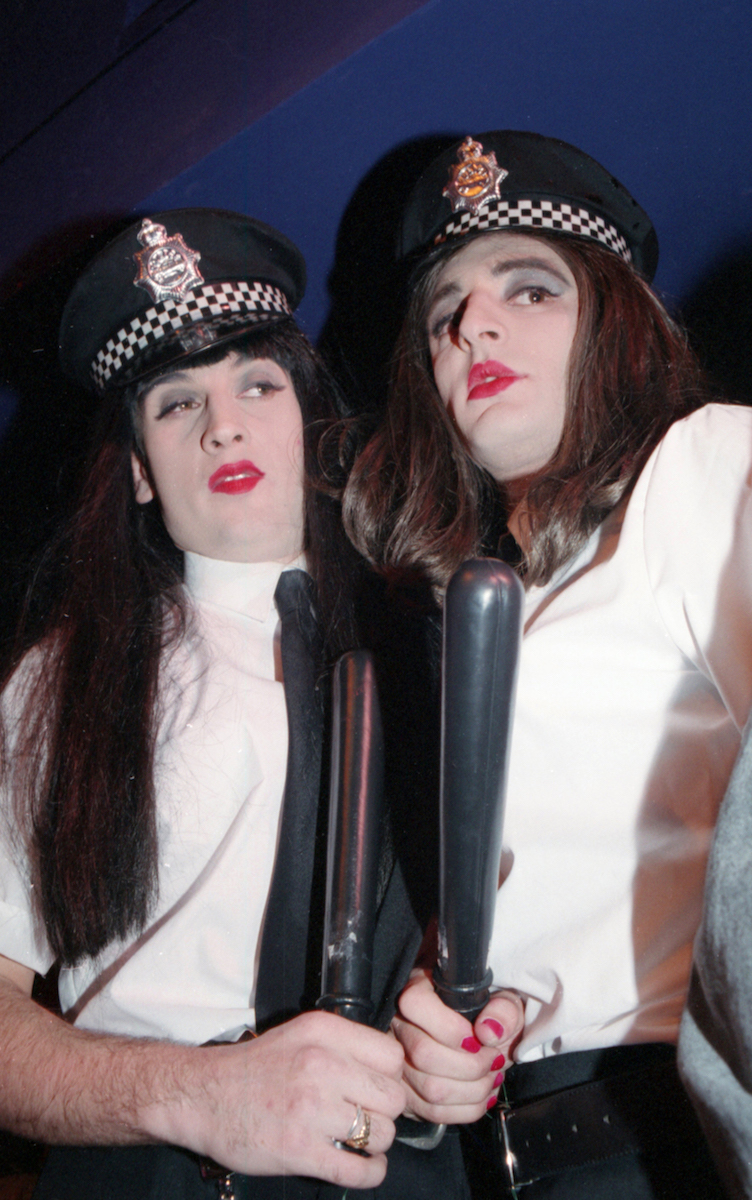 Calls for a physical book started to grow louder from Rhodes’ followers, and the project eventually began to take shape after he was interviewed by producer, director and writer Joe Ingham. Rhodes raised the possibility of a book and an enthusiastic Ingham boarded the project as editor. They spoke to various publishers, but the pair were keen on staying true to the feel of the Instagram and ensuring creative control. A Kickstarter was created to crowdsource costs for Out & About with Linden: A Queer Archive of the North, which publishes next spring.

“Between us, we’ve spent another year editing thousands and thousands of images to condense them for the book,” he says. “And in the process, we kept coming across all these ’90s celebrities, from Boy George, Heather Small, Julian Clary to a very young Mel B before she became a Spice Girl.”

Using Ingham’s contacts, the pair connected with those same ‘90s icons as well as a host of others, and they have each contributed affectionate written captions. “The book is about the photographs; photographs of the people who were out then, but I like to think it’s more of a celebration of that period of gay life. It’s lovely that it’s now peppered with memories from the people who were kicking around at the time.” 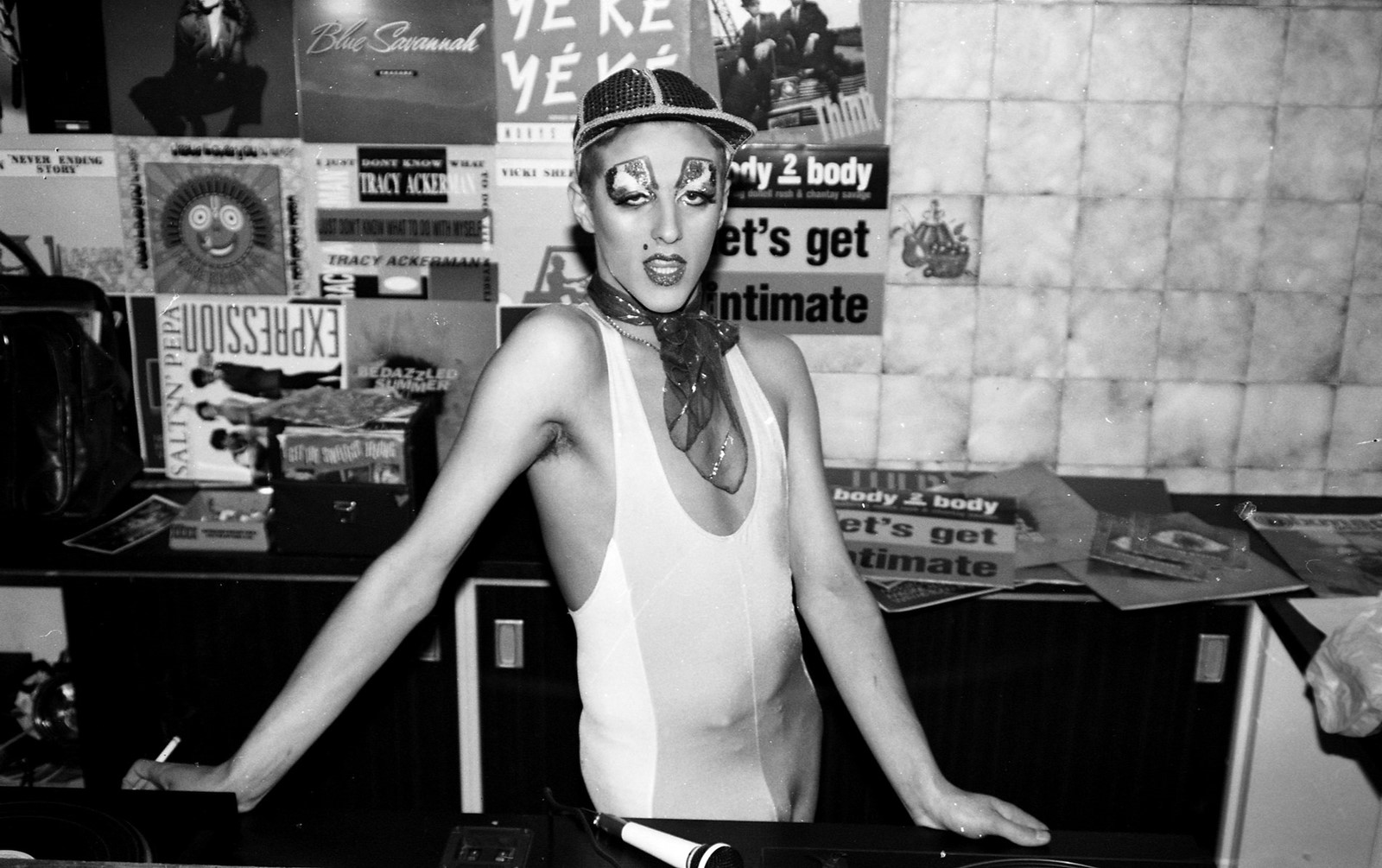 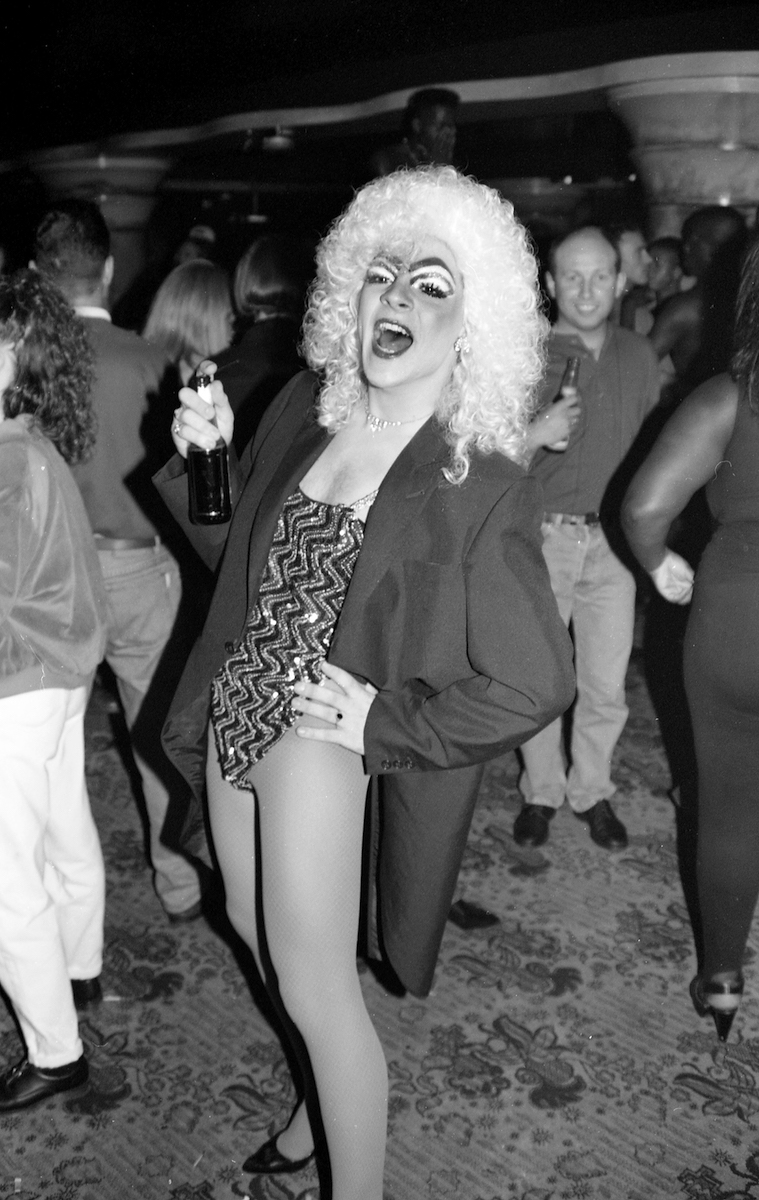 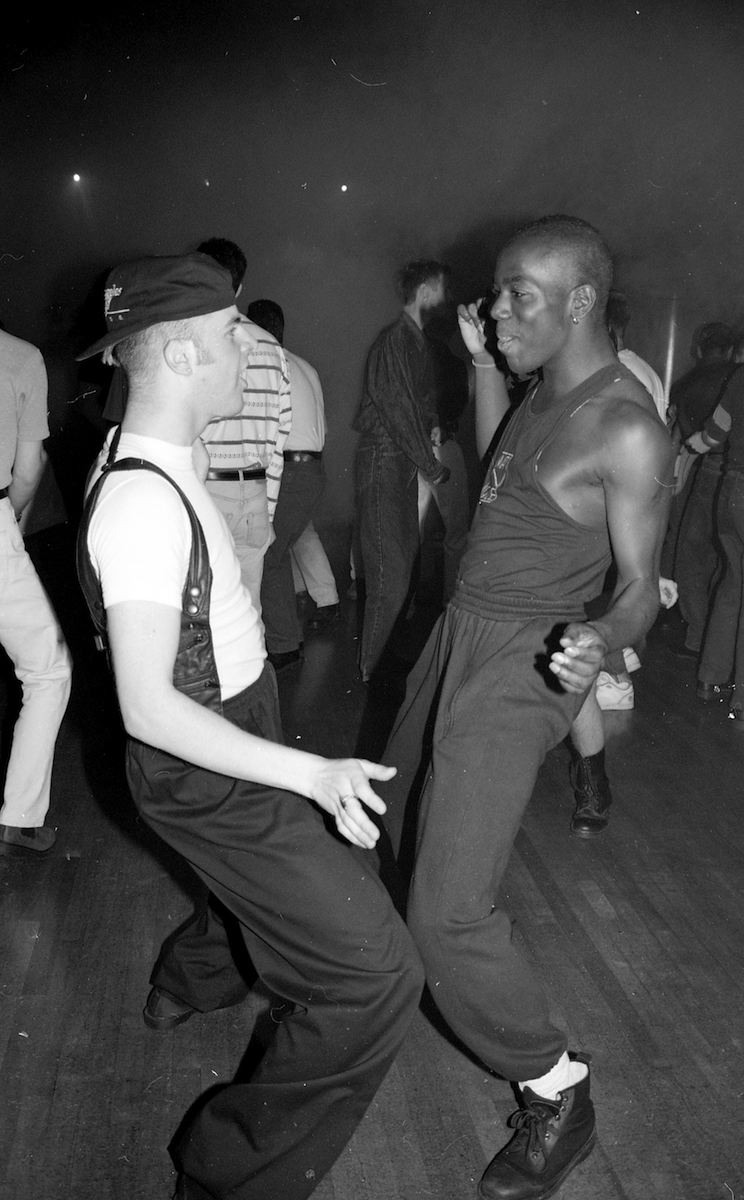 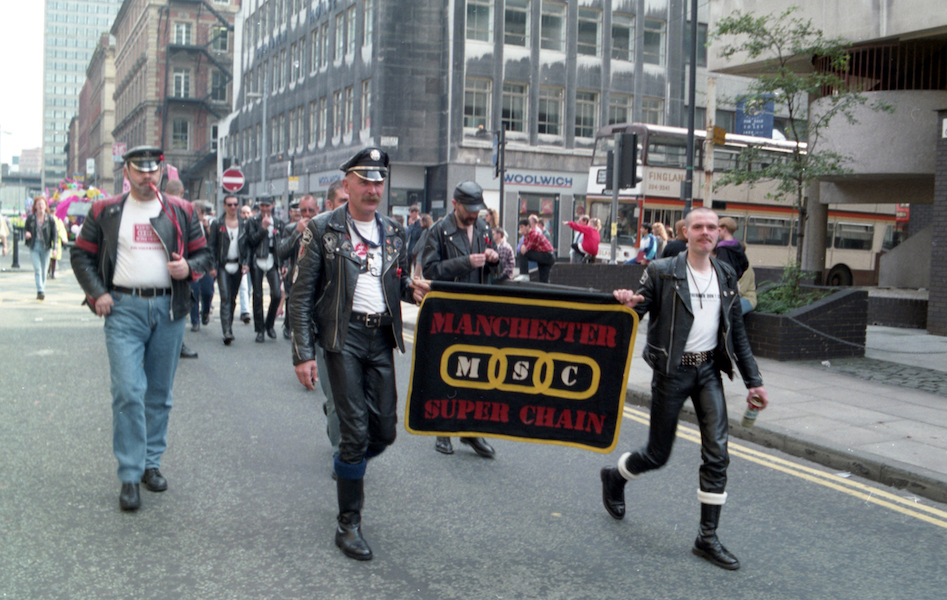 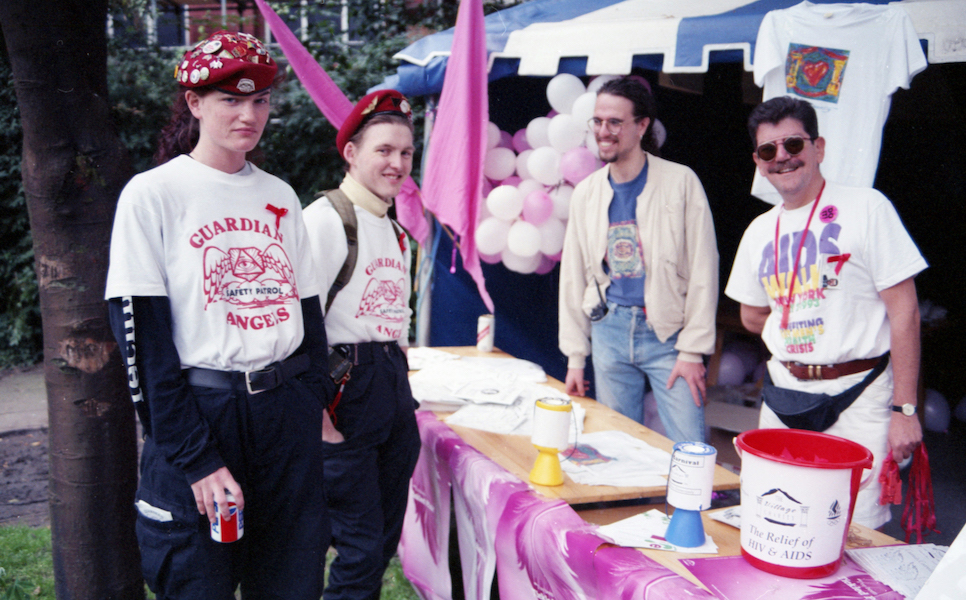 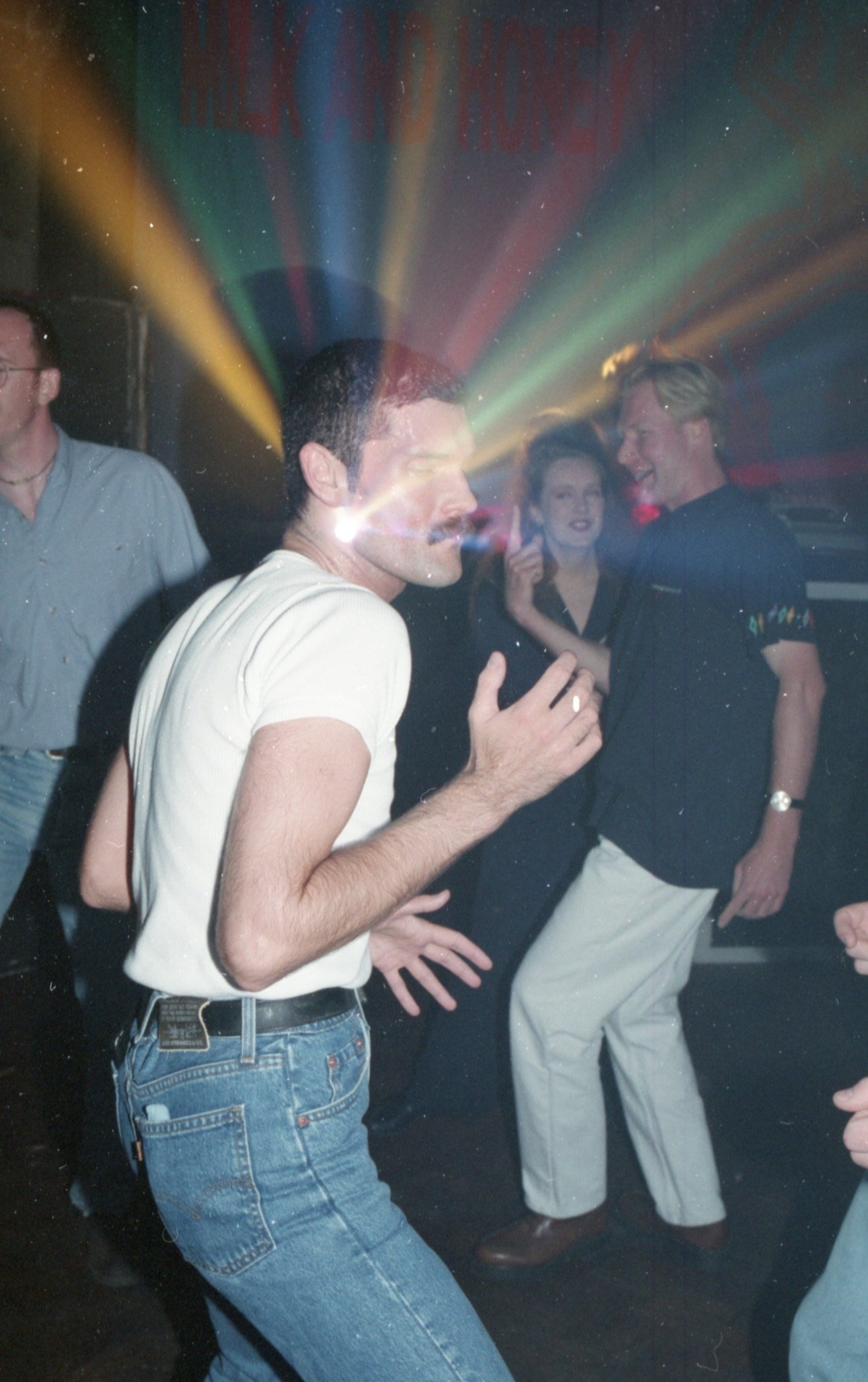 Linkedin
RELATED ARTICLES
OTHER ARTICLES
Riding from street to street on his trusty bike, Scottish photographer Sandy Carson documents his adopted home at a unique point in its history.
In 1984, Martin Shakeshaft set out to document the miner’s strike as it really happened, using his photography as a tool for activism.
While the popular news aggregation service has been kicked off Twitter, its demise does not spell the end of digestible misinformation.
During the pandemic, Made In Hackney launched a meal service that has since proved vital for many, made up of vegan dishes that reflect the borough‘s cultural diversity.
The rapper talks injecting humour and fun into his sound and challenging drill stereotypes.
In Glasgow, life expectancy is reduced by 15 per cent. In a new project, photographer Kirsty Mackay reflects on the lives cut short.