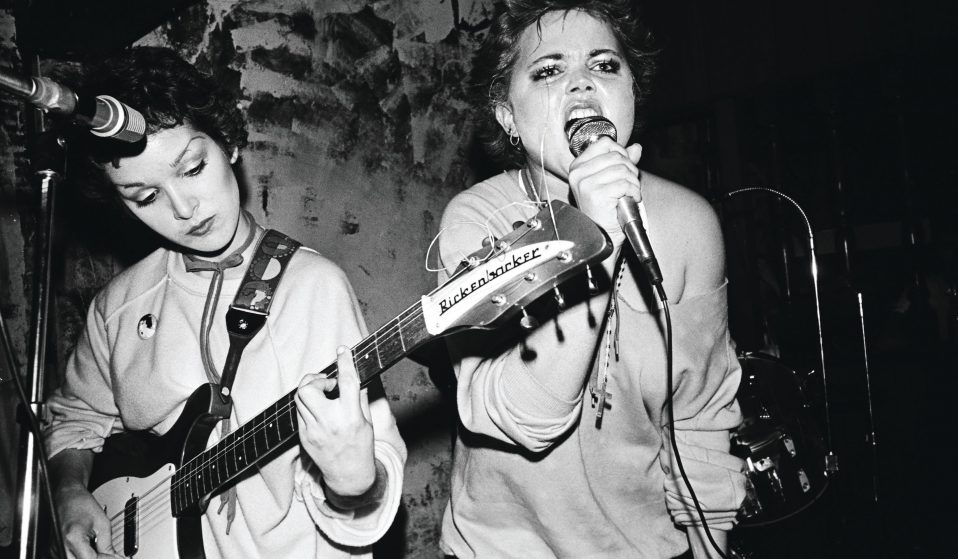 Photographer Melanie Nissen recalls capturing the characters, fashions and rarefied chaos of a rapidly-expanding set of punk bands who helped to redefine the genre.

Photographer Melanie Nissen recalls capturing the characters, fashions and rarefied chaos of a rapidly-expanding set of punk bands who helped to redefine the genre.

Just beyond the lip of the stage at a punk show there exists a rarefied sort of chaos, where band and audience collide in a tangle of bodies. For several years, while the 1970s rolled towards the ’80s, Melanie Nissen made this space her home as the jagged noise and confrontational artistry of the Los Angeles scene exploded into life.

With her camera slung about her shoulders, she became such a fixture amid the throng, that the Los Angeles Times once dubbed her “L.A. punk’s unofficial court photographer”. It happened fast: in the spring of ‘77, Nissen caught the Damned at the Starwood during their first American tour. Backstage, she captured candid shots of the London group’s vampiric vocalist Dave Vanian, and she was hooked. “I immediately wanted more, and everything,” she says.

Within weeks, one of her photographs of Vanian covered the first issue of Slash, a punk magazine Nissen co-created with friend and fellow convert, Steve Samiof. Its striking black and white framing, the title smeared across the image in lurid red, and the sardonic words of writers such as Claude ‘Kickboy Face’ Bessy, became a lightning rod for a scene that was resolutely DIY and already kicking against the more established punk trends gobbing and pogoing on either side of the Atlantic. Out west, things aspired to be weirder, and more colourful. 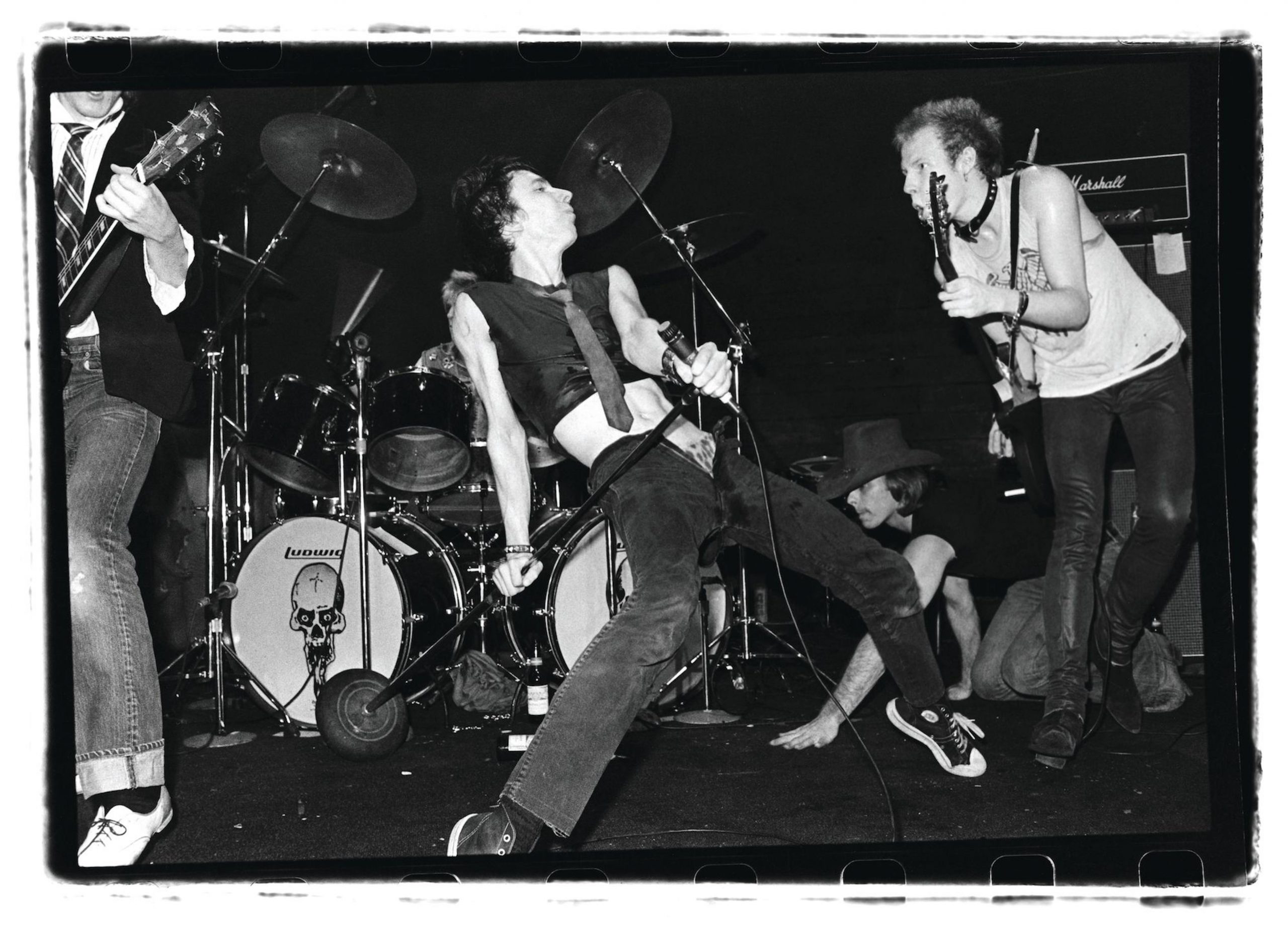 “Following the theory that if New York punk was about art, and London punk about politics, LA punk was about pop culture, TV, and absurdity,” Greg Shaw, the late Bomp! Records founder, observed in the oral history We Got The Neutron Bomb. With 40 years of perspective on deck, Nissen’s take is similar. “London always seemed more political and economically driven,” she says. “New York seemed like Blondie and the Ramones. LA was a very grassroots movement, there would be a million new bands overnight, and it was hard to keep up with them sometimes. It all happened very quickly.”

Nissen’s work, compiled in her forthcoming book Hard + Fast, offers a thrilling avenue into the characters, fashions and provocations of the rapidly-expanding Los Angeles set, with formative bands such as the Weirdos and Screamers rubbing shoulders with icons such as the Bags’ Alice Bag and Darby Crash of The Germs. Belinda Carlisle – who was almost The Germs’s drummer before she was sidelined by a bout of mono – snarls and sneers wild-eyed into Nissen’s lens as she fronts a Go-Go’s still very much rooted in the visceral scuzz of punk.

Secreted throughout, though, are portraits that scratch away the stage veneer to show the personality and playfulness of some key figures: Germs guitarist Pat Smear, eventually of Nirvana and Foo Fighters, wearing a wide grin, members of the Go-Go’s with bubblegum balloons fit to burst, or art-pop oddballs Devo theatrically goofing off. The Avengers – a short-lived but vital and hugely influential band out of the Bay Area – are put-together and quietly cool amid teetering rubble and heavy machinery. On the cover, Crash and X’s Exene Cervenka are captured alternating between wired, defiant, and beat. 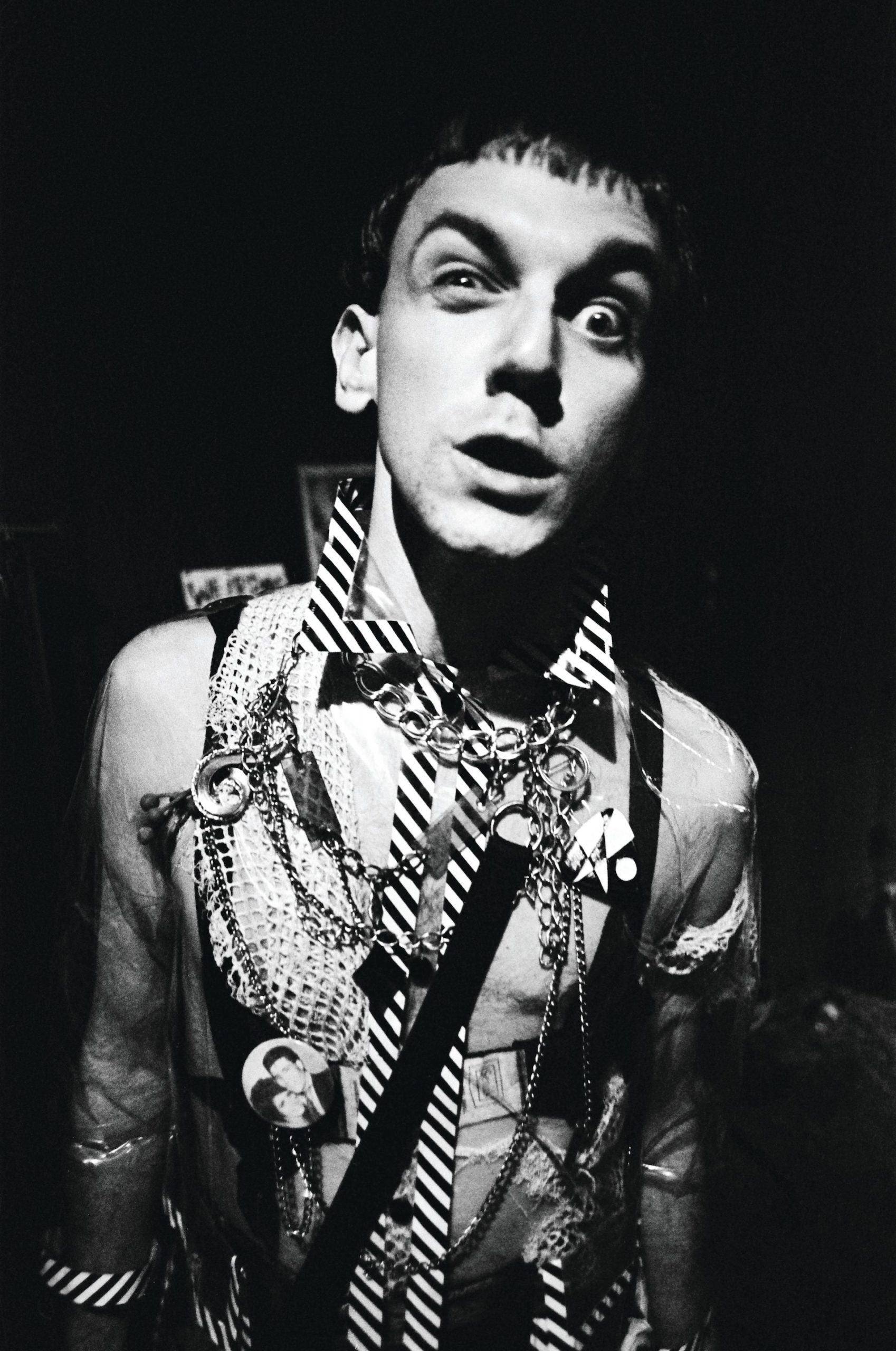 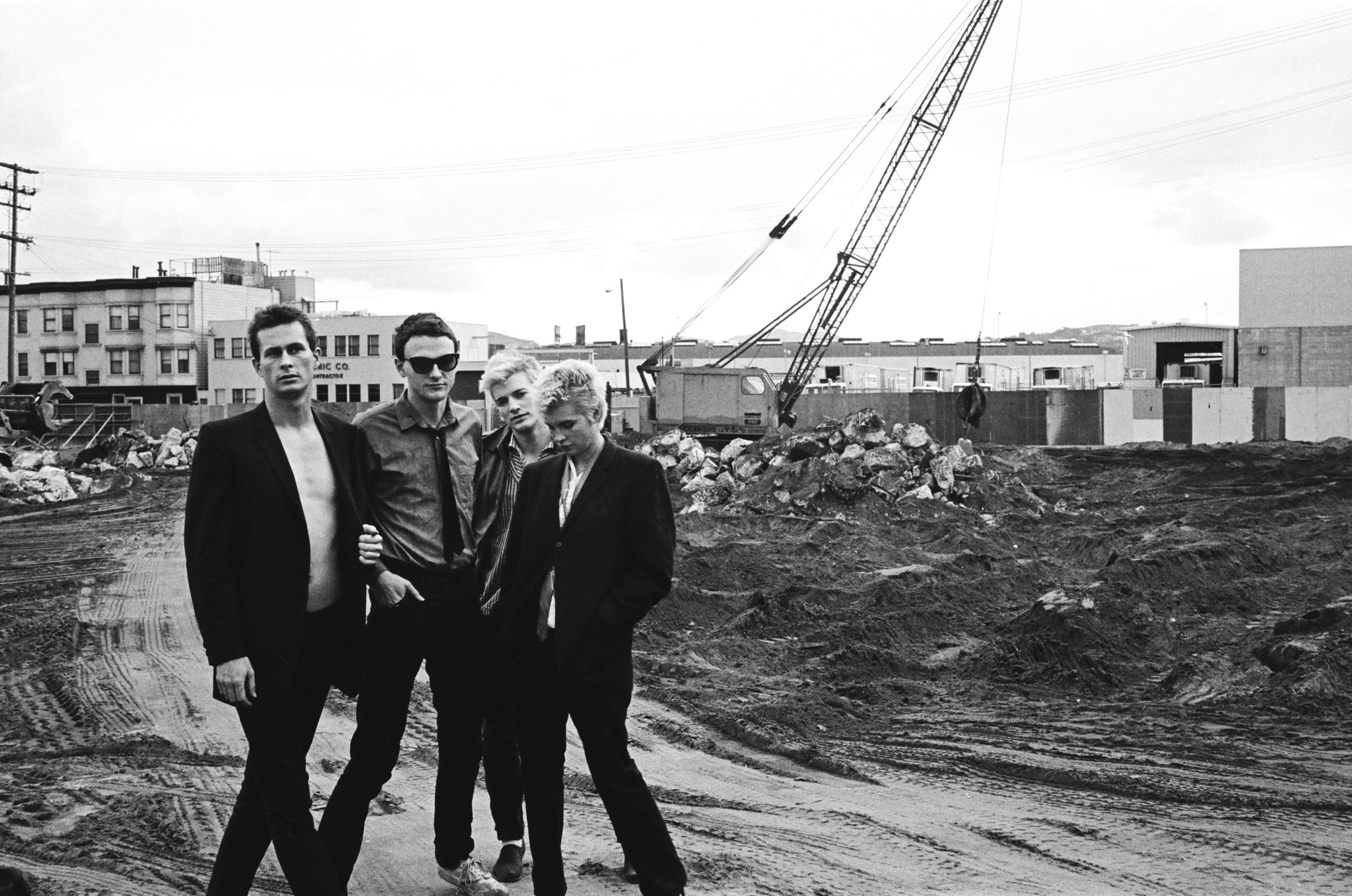 Crucially, in this aspect Nissen’s camera is not an intrusion: it is an invitation from a friend. “I think that was part familiarity and part Slash,” she observes. “We were all at the same shows and parties. People were so used to seeing me with a camera around my neck, no one paid much attention; I was just there. It was really fun for everyone to see their photos in the magazine, especially the candid ones. I shot very fast so people didn’t have time to feel self conscious or care.”

A middle-class LA kid, Nissen got her first camera as an 18-year-old and was inspired to begin taking pictures by the birth of her daughter soon afterwards. She studied for a year and a half at ArtCenter College of Design but, with money tight and a child at home, she left in 1976, soon before meeting Samiof at a party in Hancock Park. Her fascination with working in black and white endows her catalogue with a striking shadow-play, meaning that images of Devo and the Weirdos’ John Denney (which would provide the cover for issue two of Slash) take on a timeless, otherworldly edge.

But, because this is punk rock, her approach has a basis in both artistic preference and also DIY reality. “Black-and-white film was so much cheaper than colour and we knew we couldn’t afford to print four colour magazines,” Nissen says. “I made my own prints in a darkroom, which I loved doing. It was so exciting to see those images first appear. Now no one wants to have anything to do with traditional black-and-white printing because of the chemicals.” 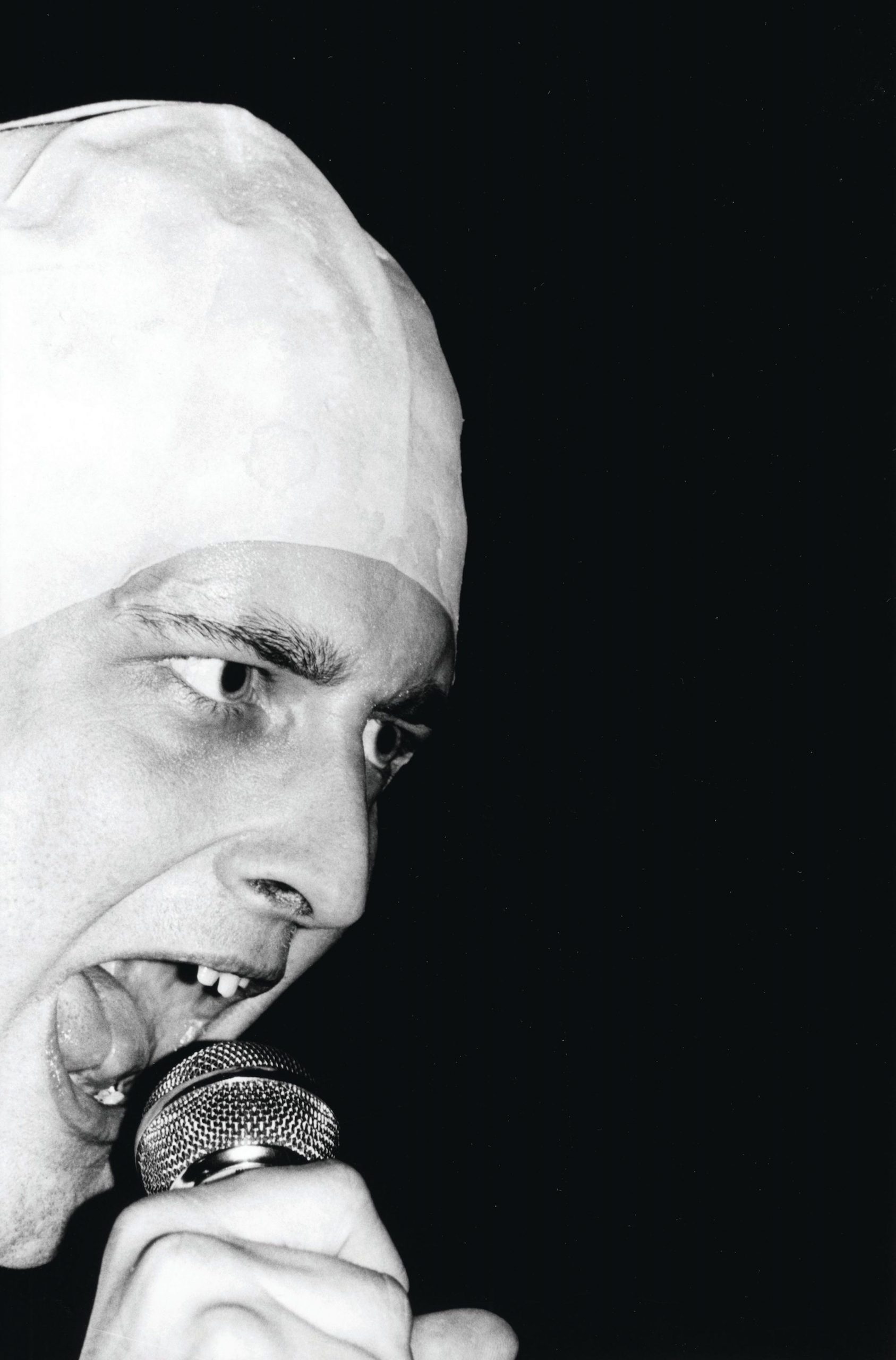 The photos collected in Hard + Fast fizz with life and granular details, making them a vivid historical document. As a whole, punk’s pioneers had a hard time when it came to properly cataloguing their different elements – many influential bands, such as the Screamers and their keyboard-fuelled genre rebellion, left almost nothing behind in terms of recorded music.

Nissen accepts that her book is a time capsule of LA’s past, preserving everything from the Tropicana Motel to punk boutiques, but doesn’t necessarily see it as an important service because of punk’s patchy bookkeeping. “Lots of bands’ records were quick singles and never got put out in a professional way,” she says. “It was very do it yourself – for everyone. The Screamers do have recordings, they were very special to me and great to photograph. I’m just happy I got to photograph them and hang out.”

The first plans to collect Nissen’s work in this way were made in 1979, just as her interest in punk began to wane. There is the sense of an ending hanging over Hard + Fast, both in terms of her own life plans, which would take her to multiple major labels as a photographer and designer, and also the fact that this iteration of the Los Angeles scene was soon supplanted by the breakneck tempos, suburban malaise and cop-baiting violence of hardcore, led by bands such as Black Flag. When asked what was lost, Nissen strikes a bittersweet note. “Camaraderie and innocence, and the feeling that the first part of punk was ending,” she says. “We had all gone through this experience together. I really didn’t hang around after that.” 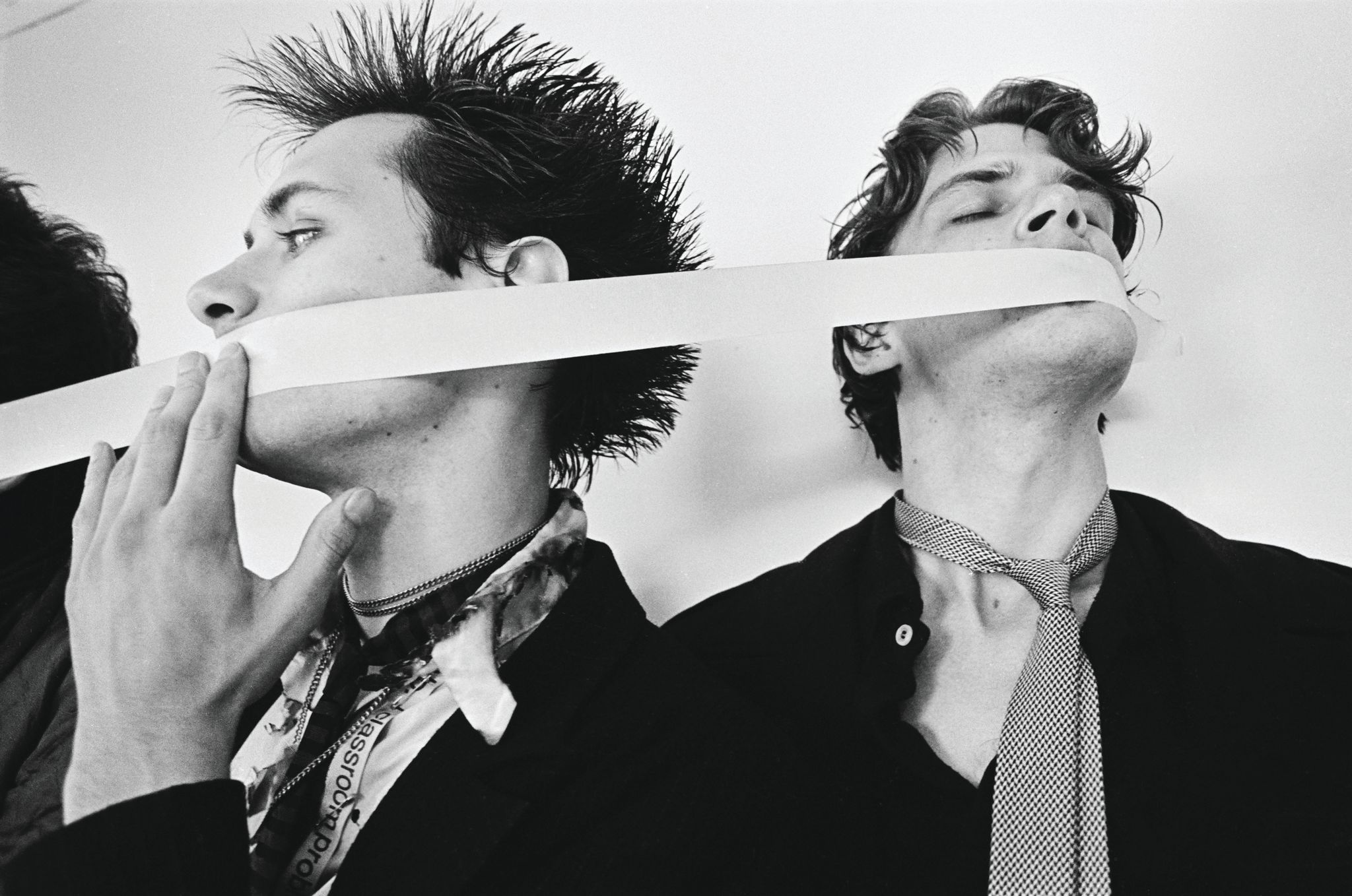 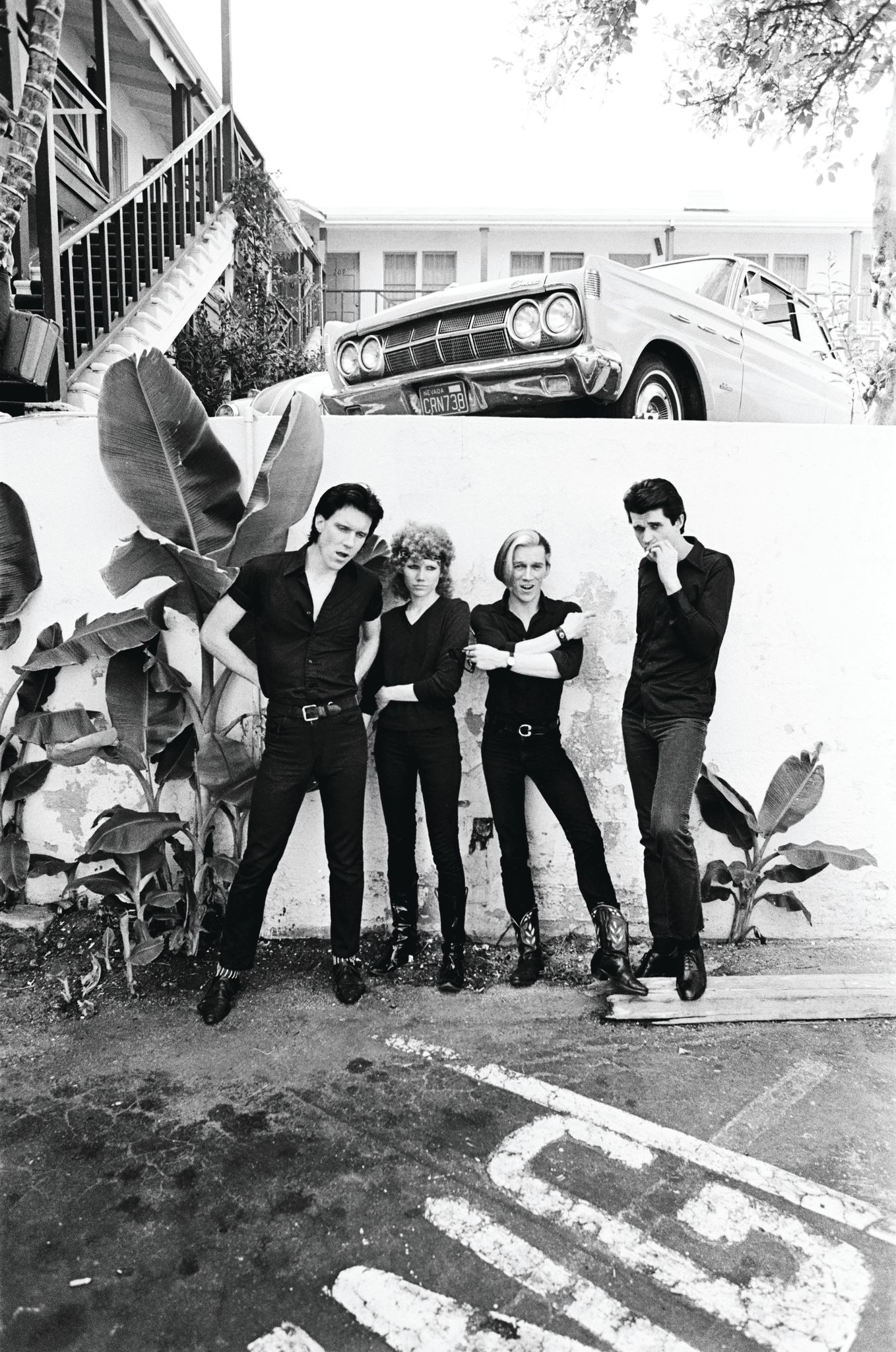 Linkedin
RELATED ARTICLES
OTHER ARTICLES
From the Yakuza to a biker gang, Bruce Gilden recounts capturing Tokyo and Osaka in the ‘90s.
New legislation is set to make it more difficult to hold Israel accountable for its human rights abuses.
While protests over abortion rights rage in the US, access to abortion services is still almost nonexistent in parts of the UK.
Our new magazine is here, starring the inimitable Mitski. Order your copy now and join us on a trip around the world.
In the last of our dispatches from OFFF Barcelona, Rufus Deuchler and Vincent Gault discuss the future of creative process.
After news broke last week around an expected reversal of the 1973 landmark law that made abortion legal in the US, protestors gathered in the UK in support of American women.