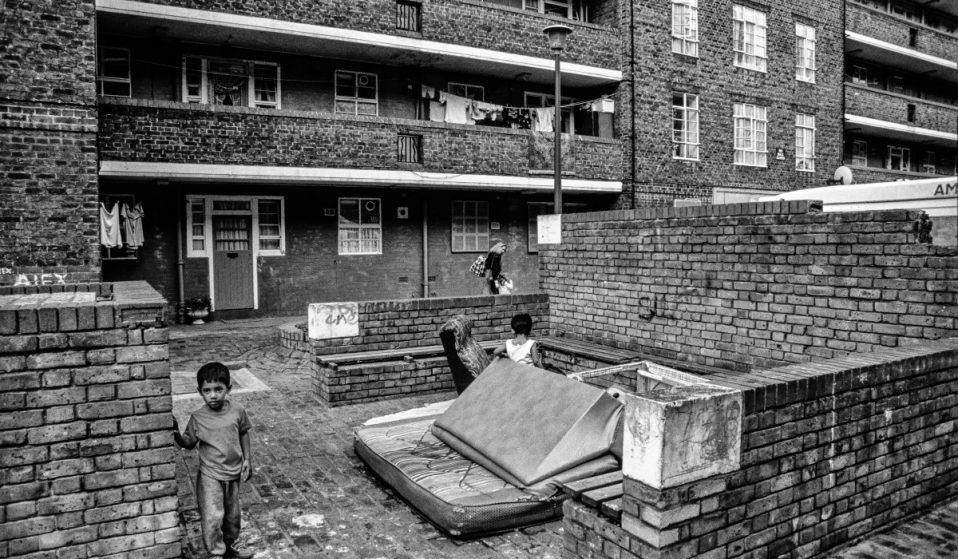 As a teen, British photographer David Hoffman began selling pictures the Yorkshire Evening Post and University newspaper to make ends meet. While doing odd bits of social photography, he went inside homes of the working class and was appalled by the impoverished living conditions.

“Many people there were living in poverty in leaky, ramshackle, small, old, damp, badly built back-to-back terraces with no bathrooms,” Hoffman says. “York was cold in winter and in the poorest areas the houses were skimpily built with thin walls, no insulation and very draughty.” 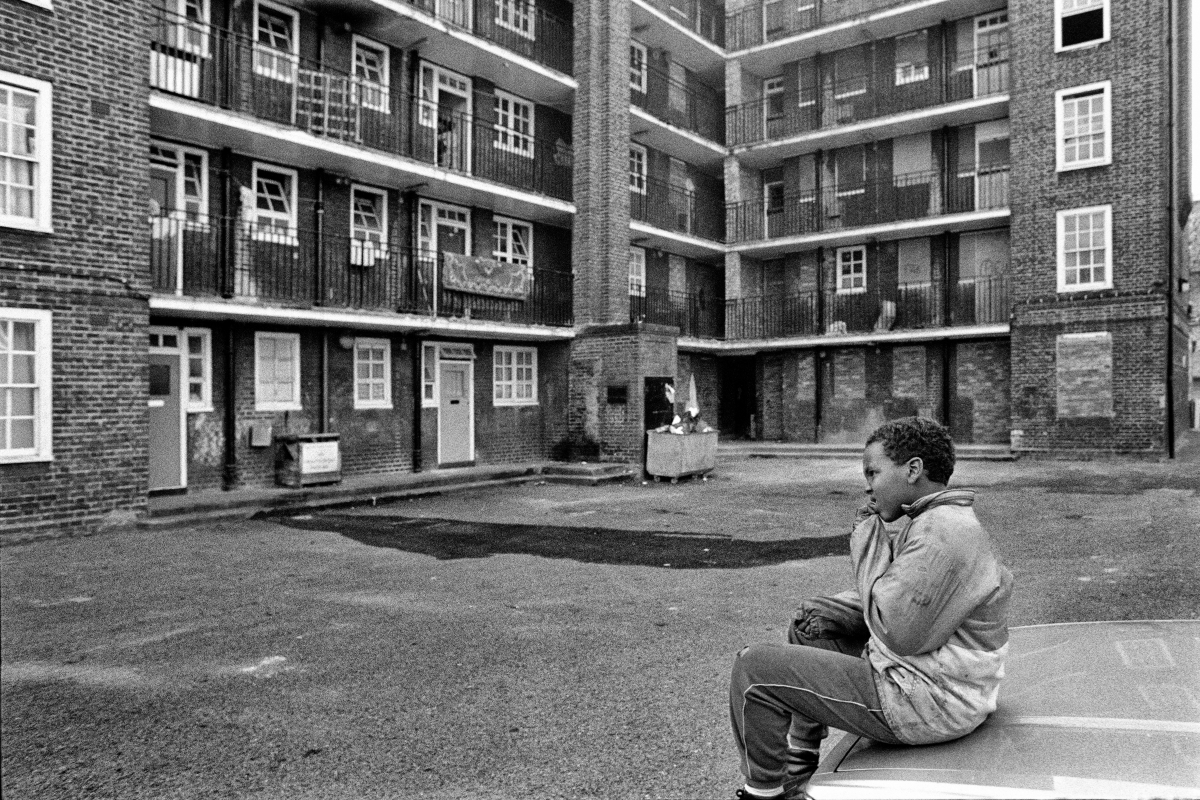 “There’d be no carpets, a few bits of crockery, a pan or two, a few bits of furniture, a little coal fire but often no coal. Pensions and benefits were minimal and, particularly for older people living there, life was a daily struggle to just eat and stay warm. The lack of decent jobs combined with the authoritarian attitudes of the time to restrict both opportunities and ambitions.”

On the other side of town, posh parties, big houses, and lavish lifestyles stood in stark contrast to what he had seen. “The structural inequality it illuminated was so glaring that even my ignorant 21-year-old self couldn’t miss it,” says Hoffman. 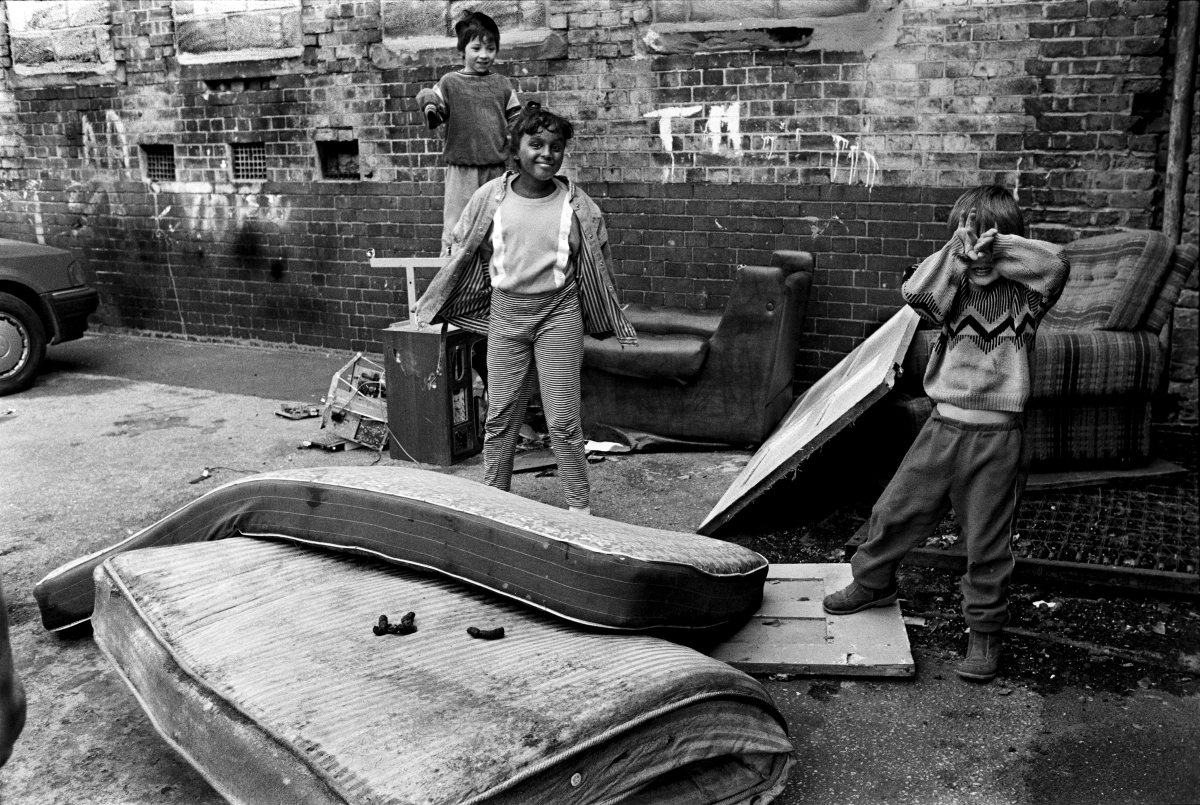 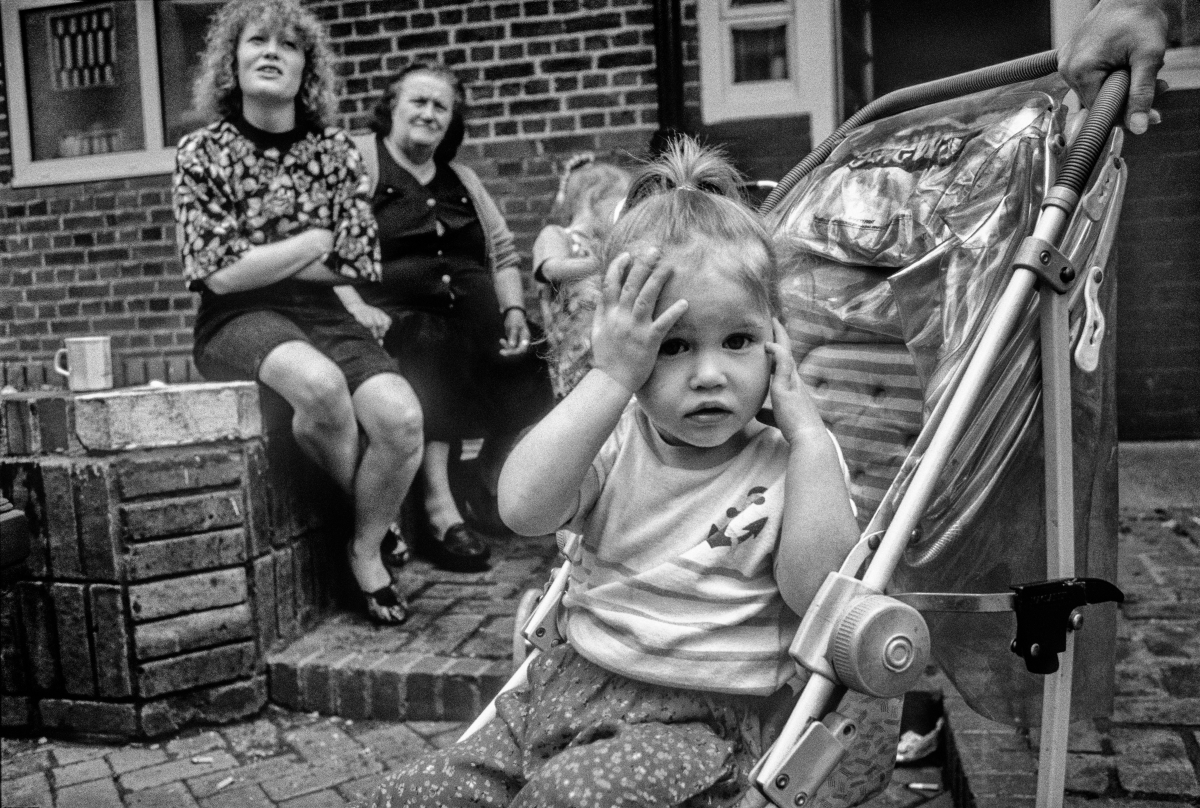 But the local paper didn’t want to address the matter at hand, favouring feel-good, easy reads that supported the status quo. Undeterred, Hoffman continued on, documenting the ways in which the state constrained and corroded countless lives through systems of inequality and oppression.

Housing was the physical manifestation of these devices, rendering the human impact plain as day. In the new book, Housing. Tower Hamlets & Hackney 1972-1993 (Café Royal Books), Hoffman revisits his archive, exploring living conditions at council estates in East London where he lived.

“I didn’t set out to find run down derelict estates. They were prevalent and sometimes I could make images that conveyed something of the lives lived there,” says Hoffman. He also photographed squats, documenting the state-sponsored process of “urban renewal” during this time, and went on to publish the first British protest photography book in 1976. 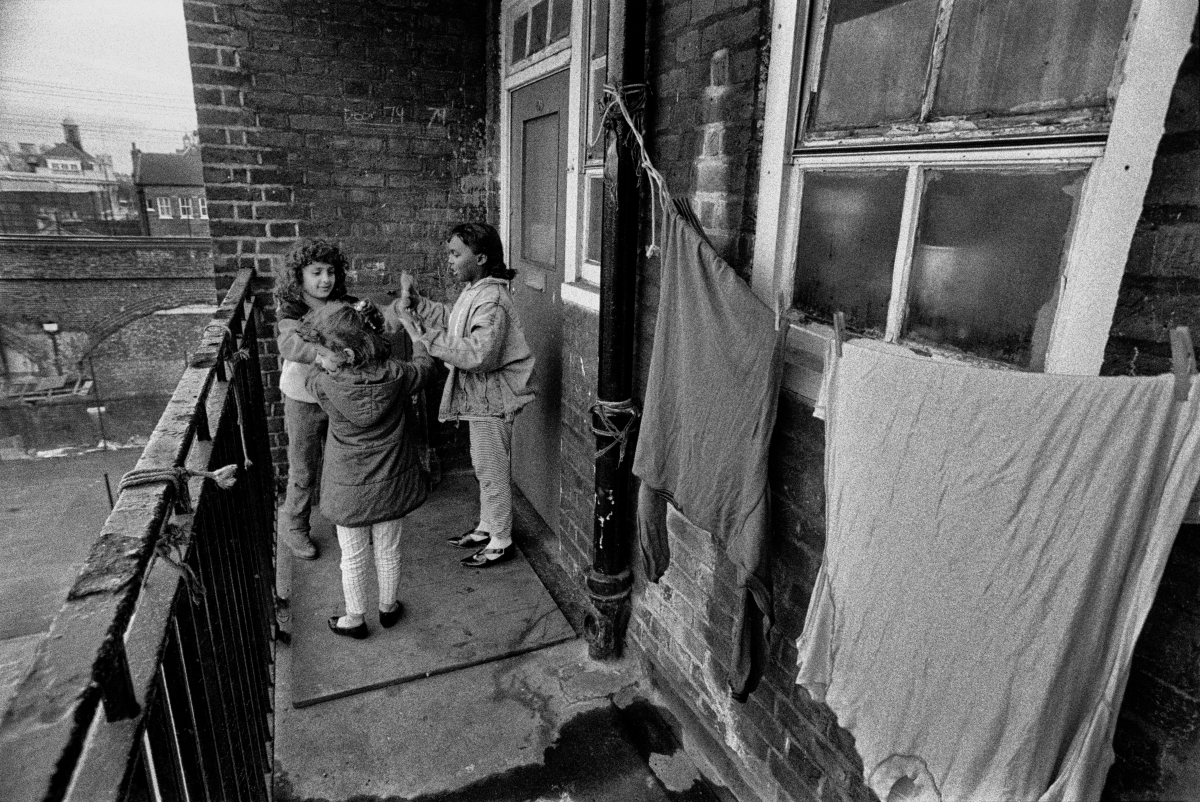 Using photography to record conditions and tell stories that largely go unseen, Hoffman bore witness to the struggle for housing in the UK and sought to create what he describes as a “coherent record of some kind.” Many of his photographs show children making the best of their lives, which at times make the images heartrending.

Hoffman cites a study that shows today the five richest families in the UK possess more wealth than 12.6 million people at the bottom 20 per cent of the population – those living below the poverty line. “The inequality that first called me to photography has, despite the efforts of so many activists and organisations, only grown more extreme,” Hoffman says.

“Politics and the state are now controlled by a class of wealthy people who are innately unable to grasp the nature of the lives lived by the majority. The shaping of society is almost completely insulated from the efforts of ordinary citizens to influence it. I was more optimistic when I started.” 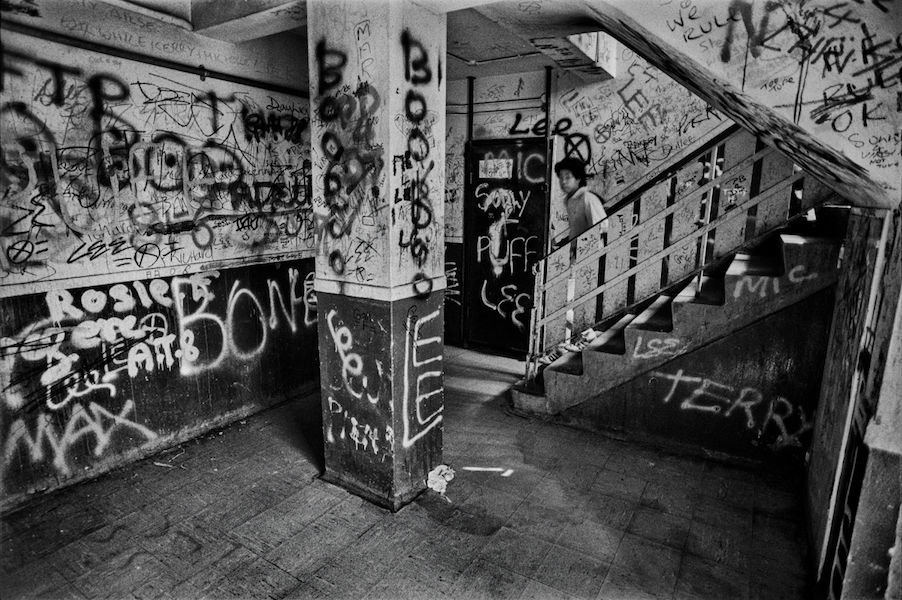 Linkedin
RELATED ARTICLES
OTHER ARTICLES
The singer-songwriter discusses her intimate new project – and the advice she’s picked up across a career as one of rock’s leading voices.
The curators of a new exhibition are hoping to shed light on Plymouth’s vibrant but often overlooked nightlife.
Whether it's partygate, the climate crisis or the spiralling cost of living, the fightback begins on the picket lines writes Tommy Vickerstaff
Writers Gracie Mae Bradley and Luke de Noronha take on the callousness of borders, arguing for a world beyond them.
Over a dozen Stop Deportation activists locked themselves to each other outside a detention centre to prevent coaches taking those due to be on the Rwanda deportation flight from leaving.
On the fifth anniversary of the tower fire, around 18,000 joined the walk to remember the 72 dead and to demand justice.