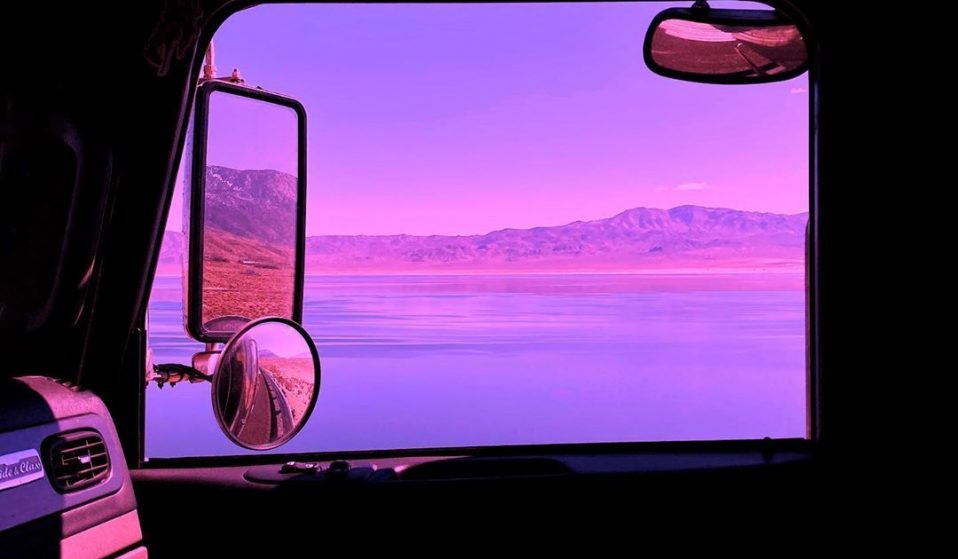 Photographer and truck-driver Ryan Shorosky has driven all over the US, along the way capturing remarkable landscapes.

Photographer and truck-driver Ryan Shorosky has driven all over the US, along the way capturing remarkable landscapes and experiencing first-hand the country's deep divisions.

No virtual tour of Antarctica, the Louvre, the Great Barrier Reef or the Vatican provides better escape than Ryan Shorosky’s Instagram. In a year mostly spent staring out the same window, Ryan lets us stare out of his, framing the profound landscapes of middle America in the rear-view mirrors of his Peterbilt 389 long-haul truck.

Ryan describes his home state, New Jersey, as underrated and grandeur-free and believes that’s why he finds beauty in unlikely places. His dad was and still is a long-haul trucker, and Ryan was and still is a romantic introvert. So instead of applying for internships after he graduated art school, he applied for a trucker licence and hit the open road with no idea what he was looking for and less idea of what he’d find.

Ryan has pink hair, painted nails, many tattoos and a penchant for Lana del Ray. He’s single-handedly bulldozed the stereotypes surrounding America’s most blue-collar job and spent most of 2020 shuttling seven million bees from Los Angeles to Jacksonville, sharing hopelessly romantic images of life on the road as he goes. What you can’t see from his posts, though, is that his photography is a means of escape for him, too. 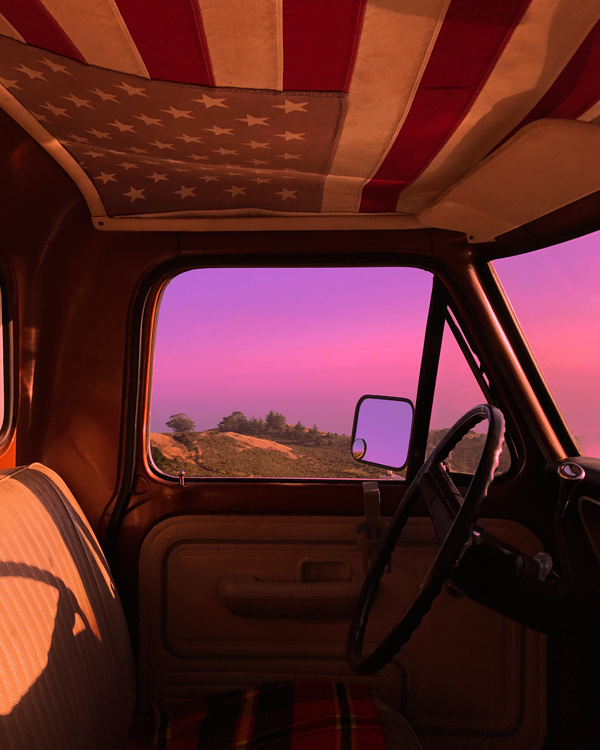 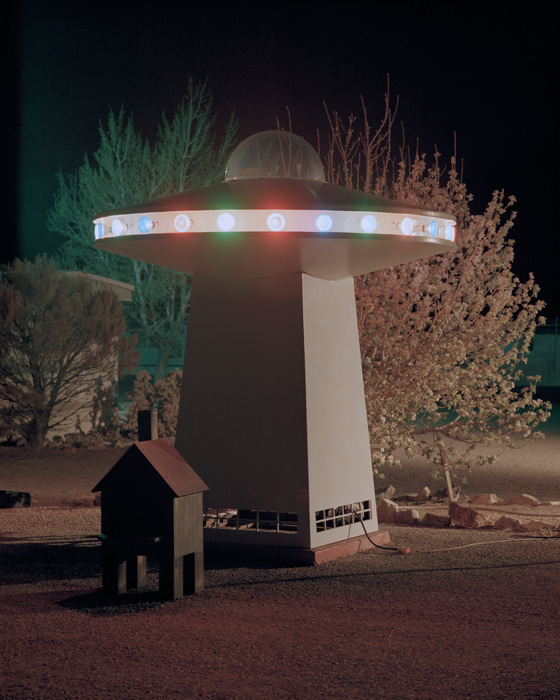 Long-haul truck driving, Ryan explains, is so repetitive it borders on spiritual. “I felt so overwhelmed by the gritty-ass shit of it I chose to focus on the positive, beautiful aspects of it instead.”

Sometimes he’d go a whole week without showering. He’d drive all day, sleep for three to five hours on some desolate part of the freeway, wake up, dump a bucket of water over his head and carry on driving.

If America had a skeletal system it would be made up of truckers. There’s over 3.5 million of them, most are over 50, male and many are veterans. Ryan says he could sense the panic as he chauffeured his bees through Utah, Wyoming, Montana, listening to horrifying stats on the radio about middle America towns, then looking out the window to find that town was his next stop. But, like the rest of his colleagues, he kept going regardless. Without its skeleton, America would collapse. 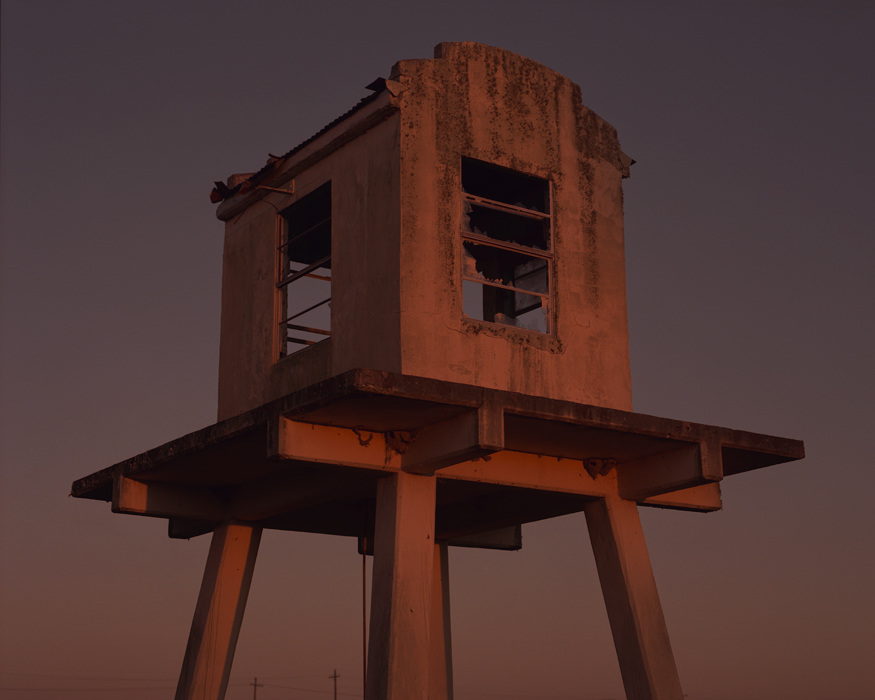 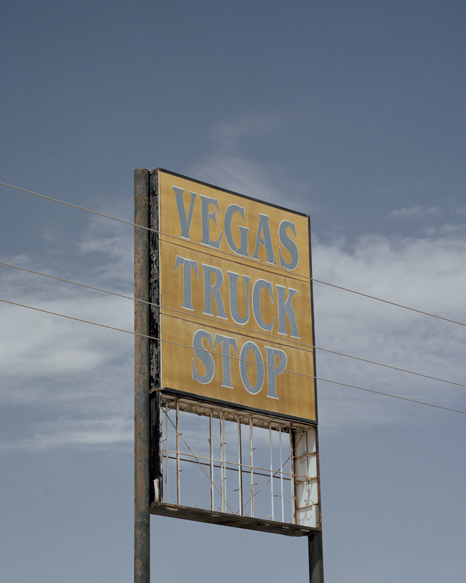 The road has defined Ryan’s creative journey in surprising ways, constantly leading him to unexpected places. For The New York Times, he photographed inmates on a Nevada cattle ranch as they learnt to integrate back into society by breaking-in wild horses.

He photographed the Navajo people of the Bear Ears region of Southeastern Utah as they sued the American government for rights to their own land. He’s documented rodeos in Oklahoma, Elvis impersonators in Vegas, ex-convicts in Louisiana.

By constantly placing himself outside an echo chamber, Ryan has a better understanding of the cultural landscape of America than most, which lands him in hot water on both sides of the divide.

“I certainly have my opinions,” Ryan says. “But it’s become more difficult to navigate the middle ground because things have become so divisive. Like, if you’re not 100% on one side then you’re complicit. And I think that’s a dangerous mentality because it means I’m not able to be a free-thinker.”

“I’m always trying to push myself to really understand situations and figure out how I can best serve other people. For me to operate at my best, I need to stay as open as possible and not be closed off to other opinions and perspectives.” 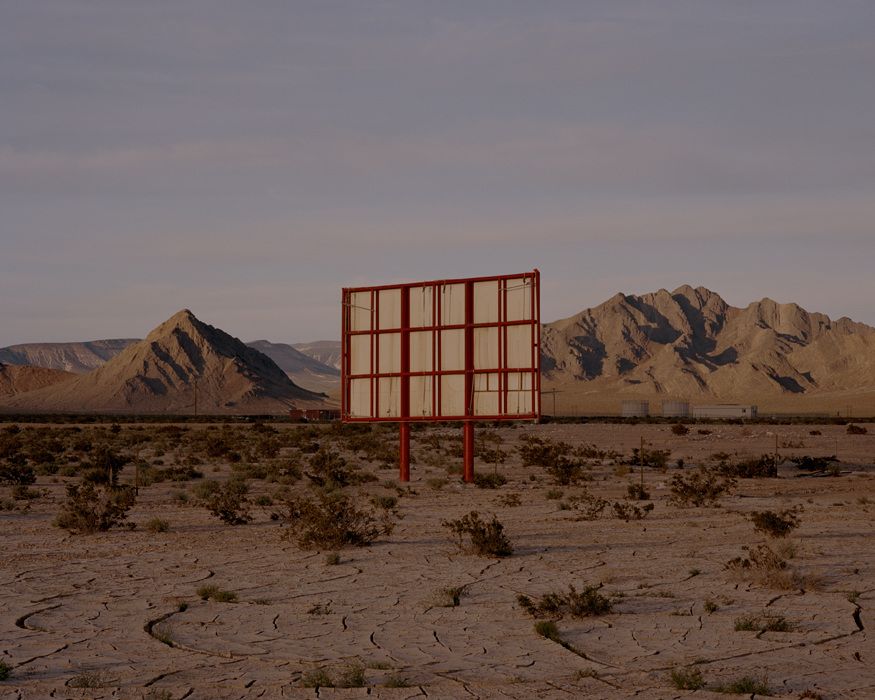 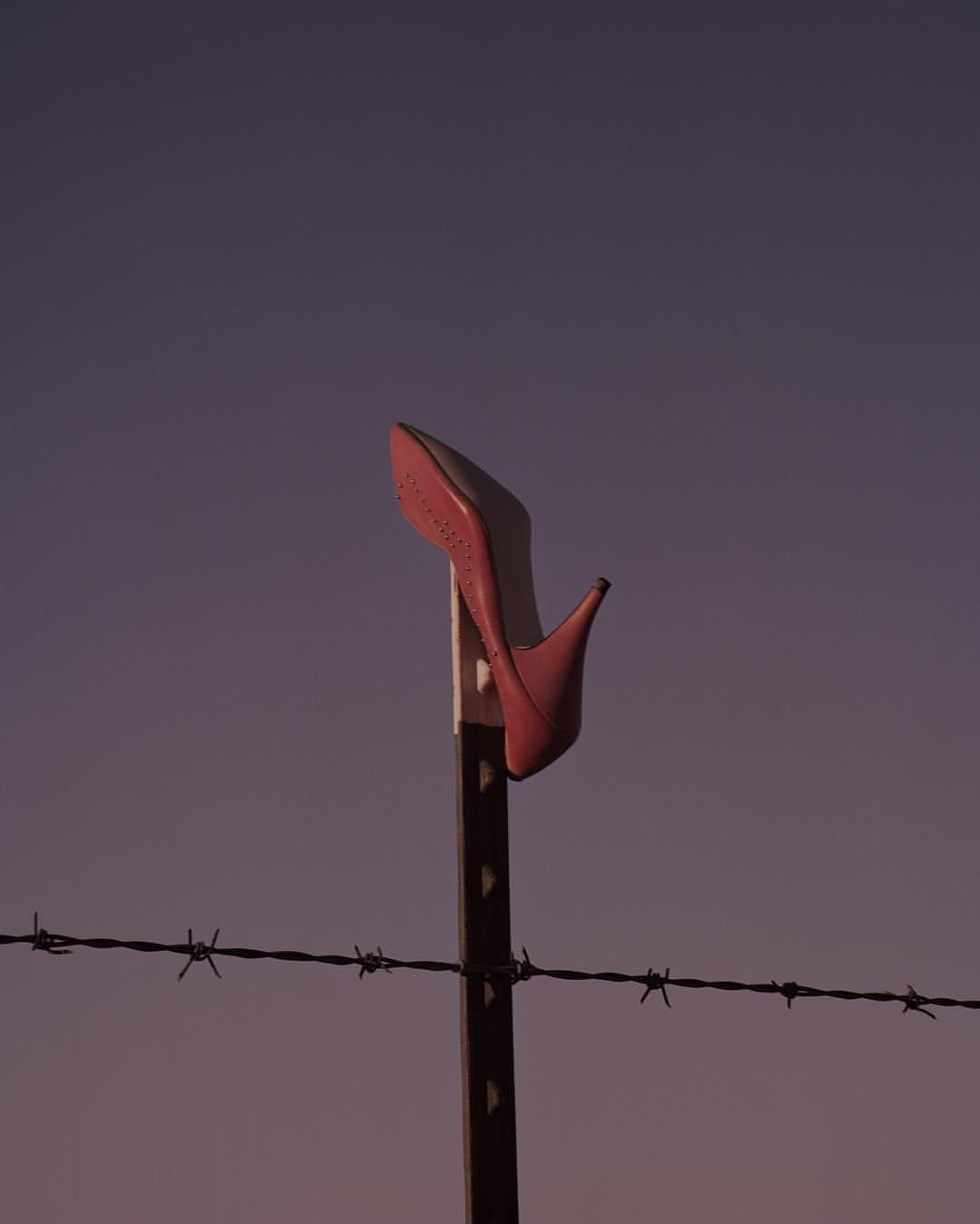 Ryan’s unequivocal openness extends to America itself; his love for his country is unconditional. “A couple years ago I was living down in central Utah, in an old farmhouse of a cowboy friend, and this phrase came on the radio: America isn’t always beautiful, but God bless her. And it stuck with me. It encapsulates all these experiences I’ve had truck driving. It’s my love letter to America; to this weird, twisted, confusing time.”

Ryan’s hung up his trucker cap for now. After a year on the move he’s semi-permanently alighted in Salt Lake City, Utah, where he’ll focus his creative energy on filmmaking and scriptwriting. “I’ll miss stopping at two in the morning on some random highway in the middle of nowhere, Wyoming, and just soaking it in,” he says. “But this morning I woke up and was like… man it feels good to get eight hours sleep.”

He’ll take the lessons he’s learnt from the road wherever he goes. “As a creative, I’m constantly overwhelmed by all the energy out there,” Ryan says. “And that blue-collar mentality has helped calm that down.”

“Now I can focus on moving forward and accomplishing things instead of constantly daydreaming, imagining, fantasising. I feel blessed that I had the strength to step away from what was expected, to get out there and do my own thing.” 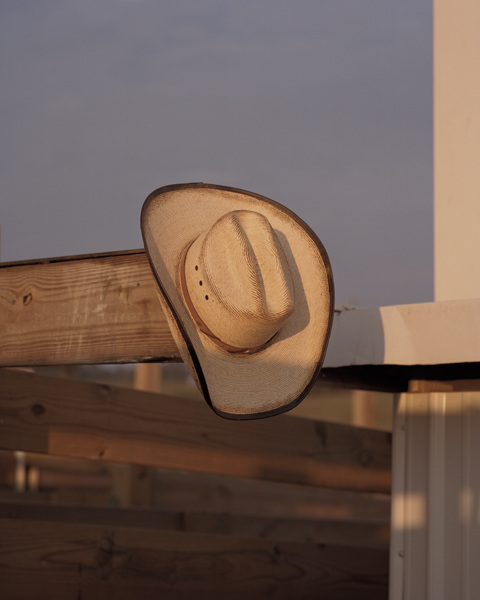 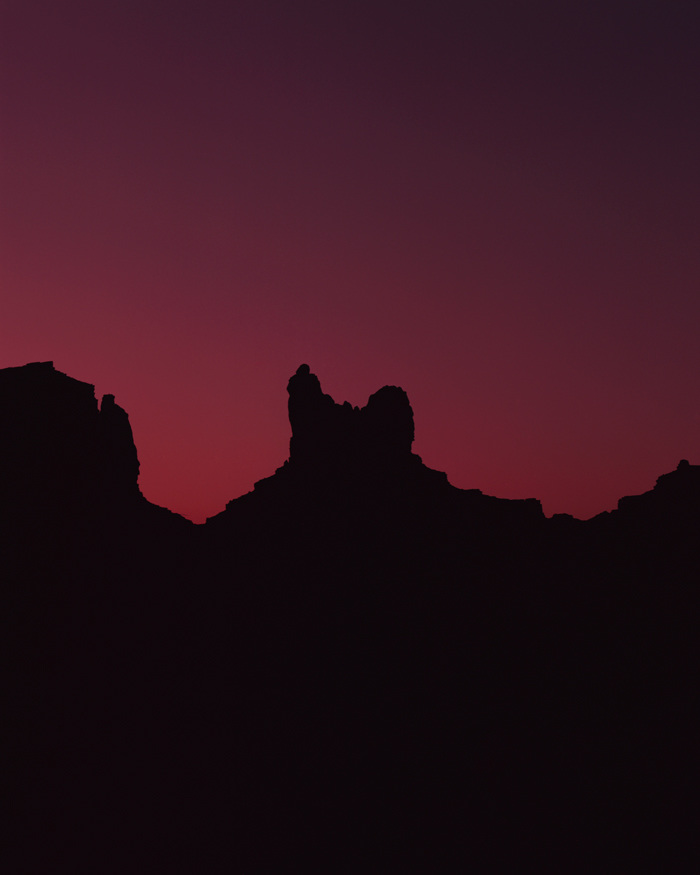 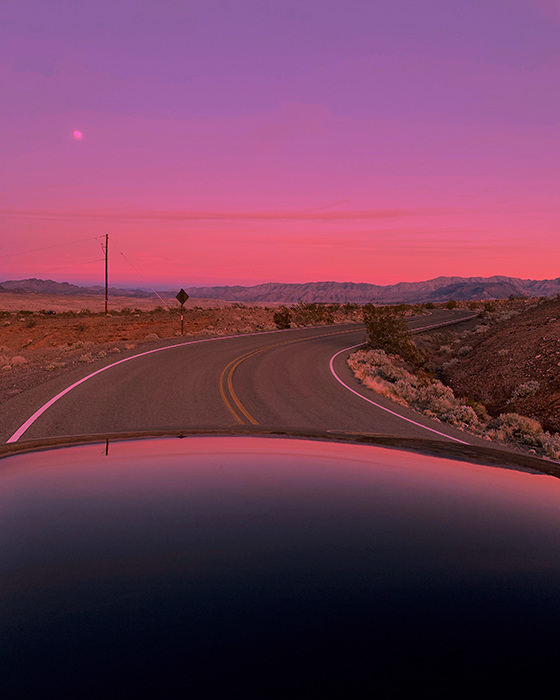 Linkedin
RELATED ARTICLES
OTHER ARTICLES
Photographer Matthew Brookes recalls following a group of young people in Venice Beach living in search of the perfect wave.
In the latest instalment of Photographers in Conversation, the chronicler of raves, protests and beyond explains why he’s drawn to such specifically visceral environments.
Photographer David Hoffman recalls documenting the extreme wealth inequality around Tower Hamlets and Hackney int the 1980s.
Photographer Bruce Gilden discusses his series documenting the overlooked factory workers, labourers and other people residing on the margins of English society.
50 years since its inception, and the campaign calling for recognition that capitalism depends on domestic labour is as pertinent as ever.
Proposals to introduce a minimum GCSE threshold for student loans will disproportionately affect those from marginalised backgrounds.