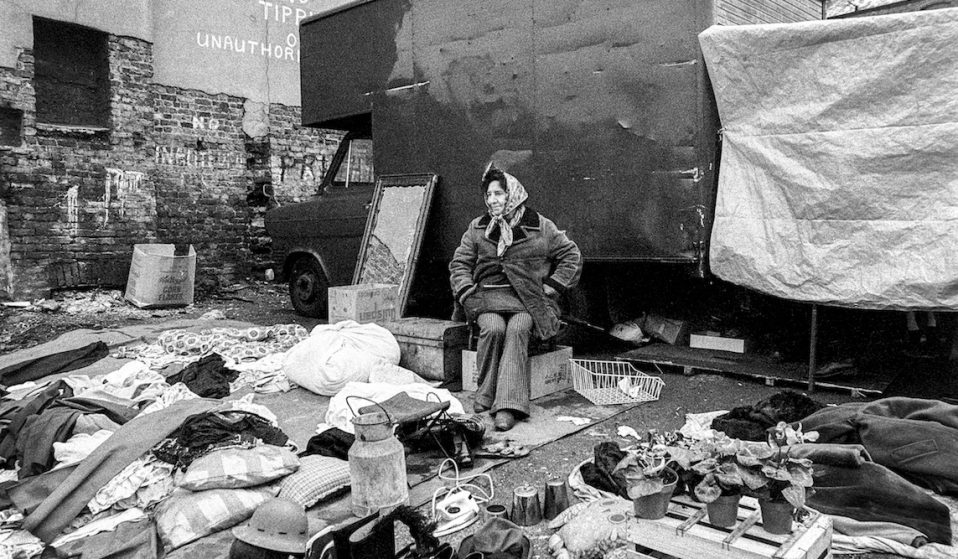 Photographer Fran May recalls photographing the sellers, customers and passers-by inhabiting the East London street, preserving the legacy of an area threatened by gentrification.

Photographer Fran May remembers capturing the market sellers, customers and passers-by inhabiting the East London street, preserving the legacy of an area threatened by gentrification.

Few streets are as instantly recognisable as Brick Lane. Over the centuries, the area has seen the settlement of working-class French, Irish, Jewish and Bangladeshi communities, with each group leaving their distinct mark on the area. While faced with rapid gentrification over the years, Brick Lane – also fondly known as Banglatown – is still home to diverse cultures and businesses, with everything from distilleries to weavers’ factories forming part of its evolution.

Photographer Fran May was 21-years-old and studying for an MA at the Royal College of Art when she first heard about Brick Lane. She’d developed a penchant for social documentary photography while studying Fine Art at university in Sheffield, travelling to over twenty destinations to take photographs during her time there. These trips included Sunderland to capture shipbuilding, Manchester to shoot the visitors at the Belle Due Zoo, and Scarborough to photograph the fishing boats. 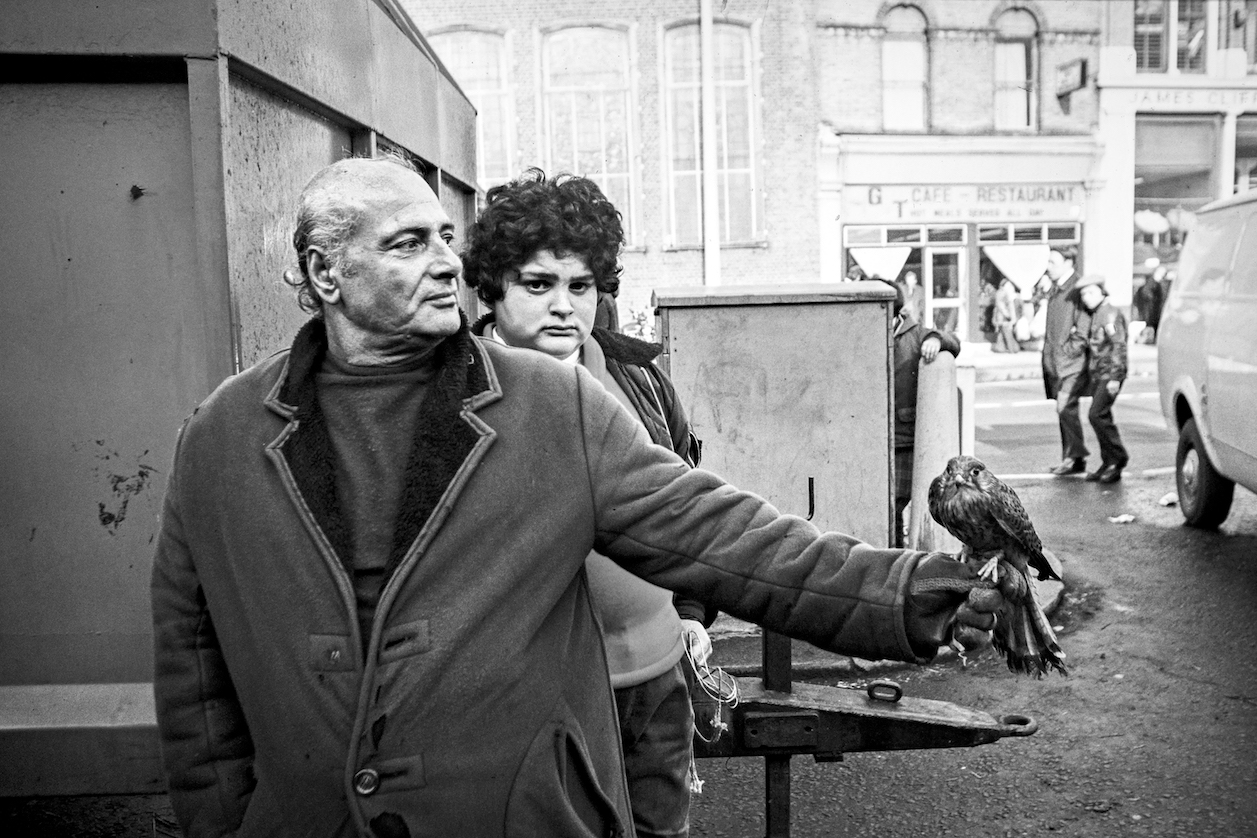 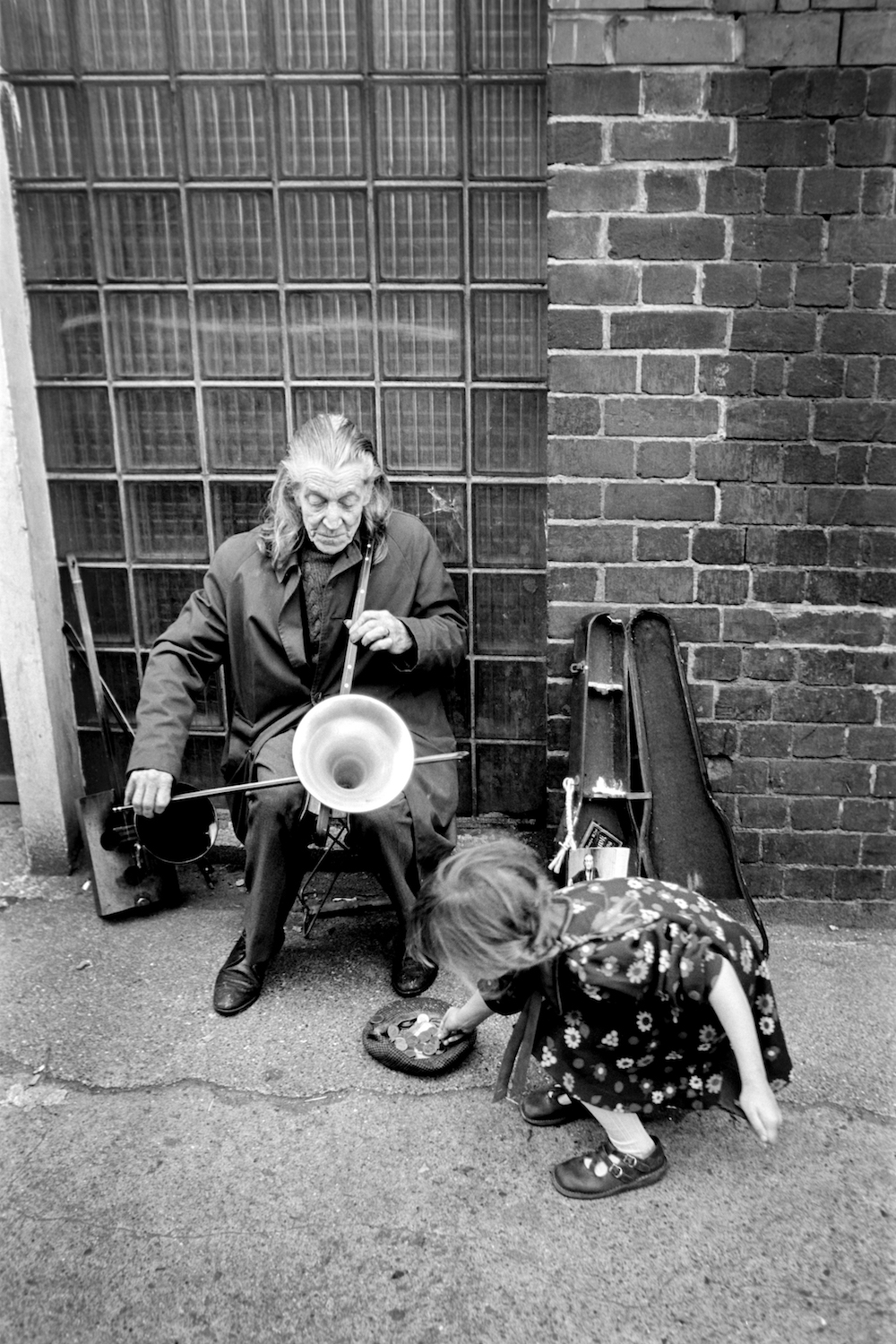 After arriving in London for her MA, she’d found navigating the city “exhausting” and “daunting”, she remembers. “Somebody said to me, ‘Well, if you want to photograph people, I know a really cool place you could go,’” she says. “I was warned I had to go early in the morning, or I’d miss it.”

In 1971, May resolved to catch the bus from South Kensington to East London at dawn. This was before gentrification had crept into the area, and East London was still recovering from wartime derelictions. “It was like stepping into a different world,” May recalls. “A different universe; a film set. Characters, faces, businesses, from another time, caught in a time warp… It was amazing”

Among the people she captured were the market stall vendors, customers looking through the looming piles of second-hand garments and knickknacks, street musicians performing for passers-by, and children roaming amid the rubbish and remnants that line the streets. These photos form part of a new book, titled Brick Lane 1970s (Café Royal Books), which captures the diversity of characters coexisting on the iconic road. 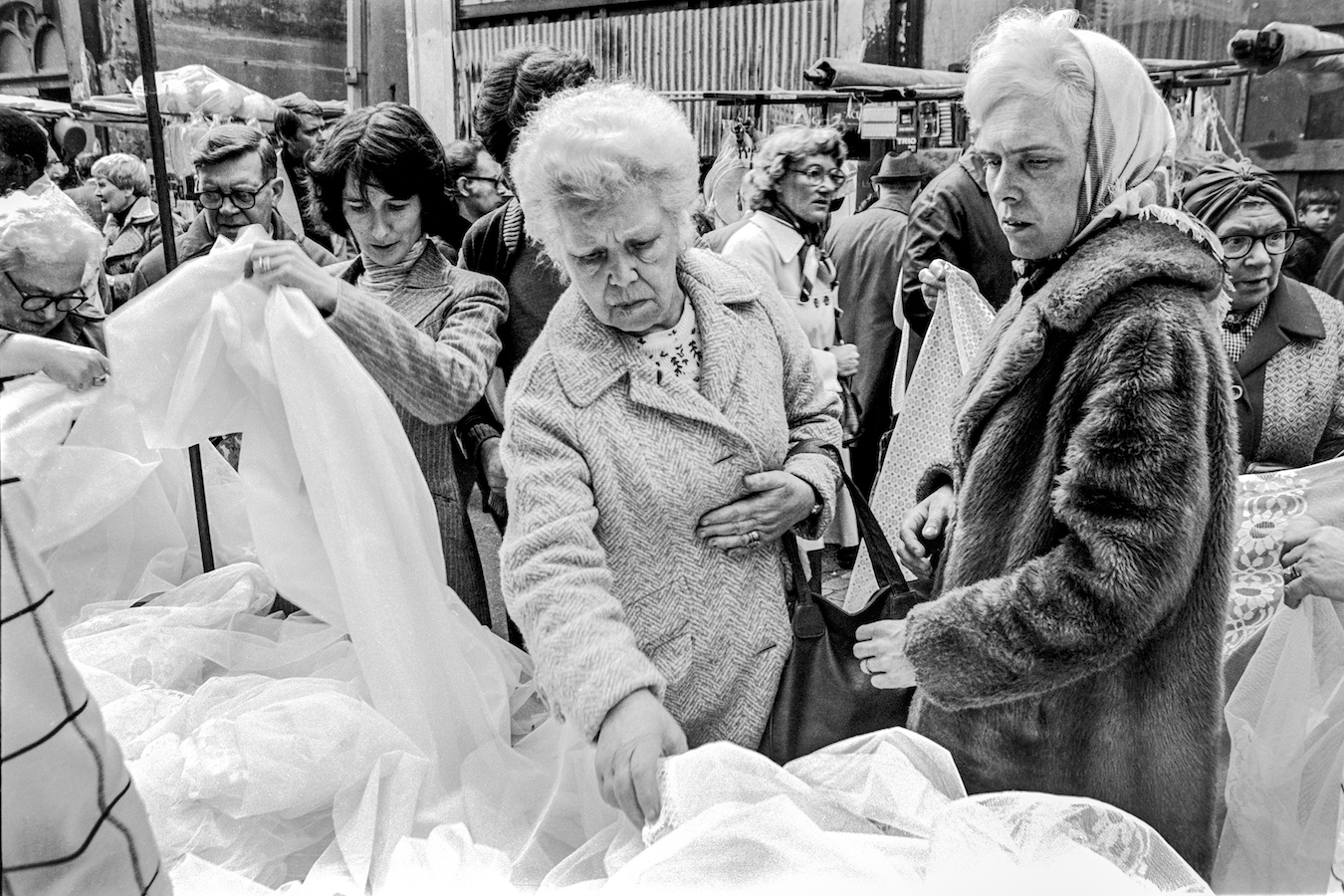 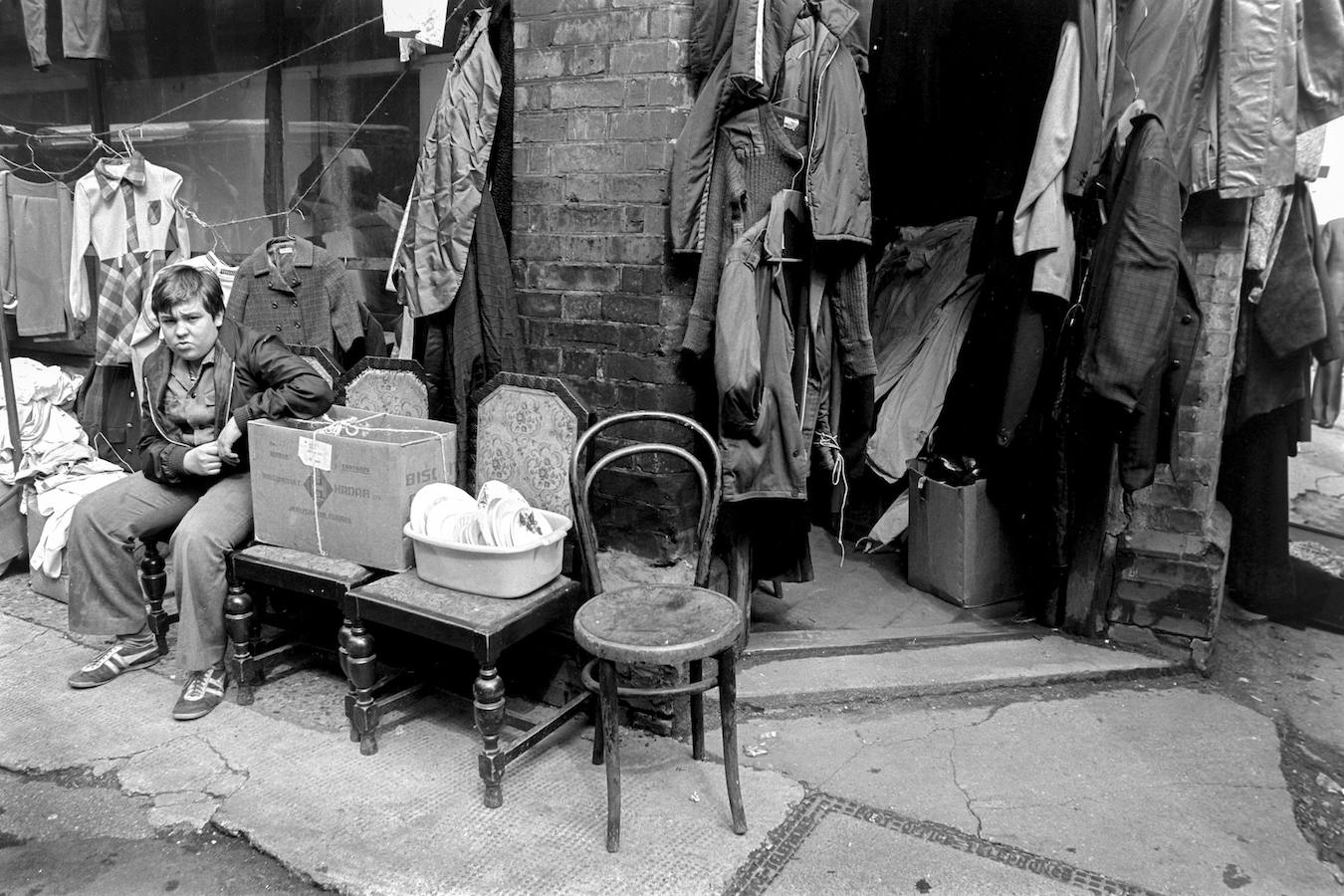 May says she usually wouldn’t ask permission to shoot her subject, instead, she recalls wandering around, blending into her surroundings. “I had long hair, very unkempt, had no money – I couldn’t afford the hairdressers and wore a duffle coat… it felt like the perfect disguise,” she recalls. “I had my camera over my left eye when I photographed, which made me feel invisible.”

After shooting there for a few weeks, May kept the photos mainly to herself. That was until some months later, when she was taught by the seminal documentary photographer, Bill Brandt. She remembers taking the photos of Brick Lane to Brandt’s house, where he advised her: “Don’t ever think of these as just student work. There’s one day they will have social significance. Just don’t lose them.”

Thankfully, May kept her images safe. Seen today, as Brick Lane faces heightened threats of gentrification amid Covid-19, the images serve as vital documents – and a reminder of the importance of defending – the bustling spirit and unique character of the area. 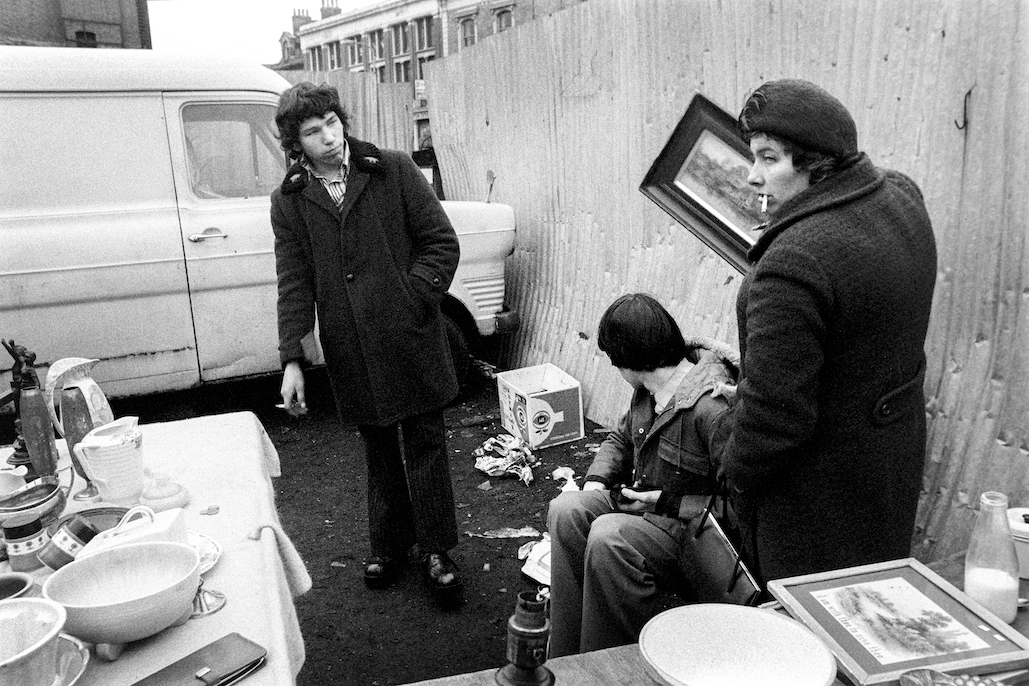 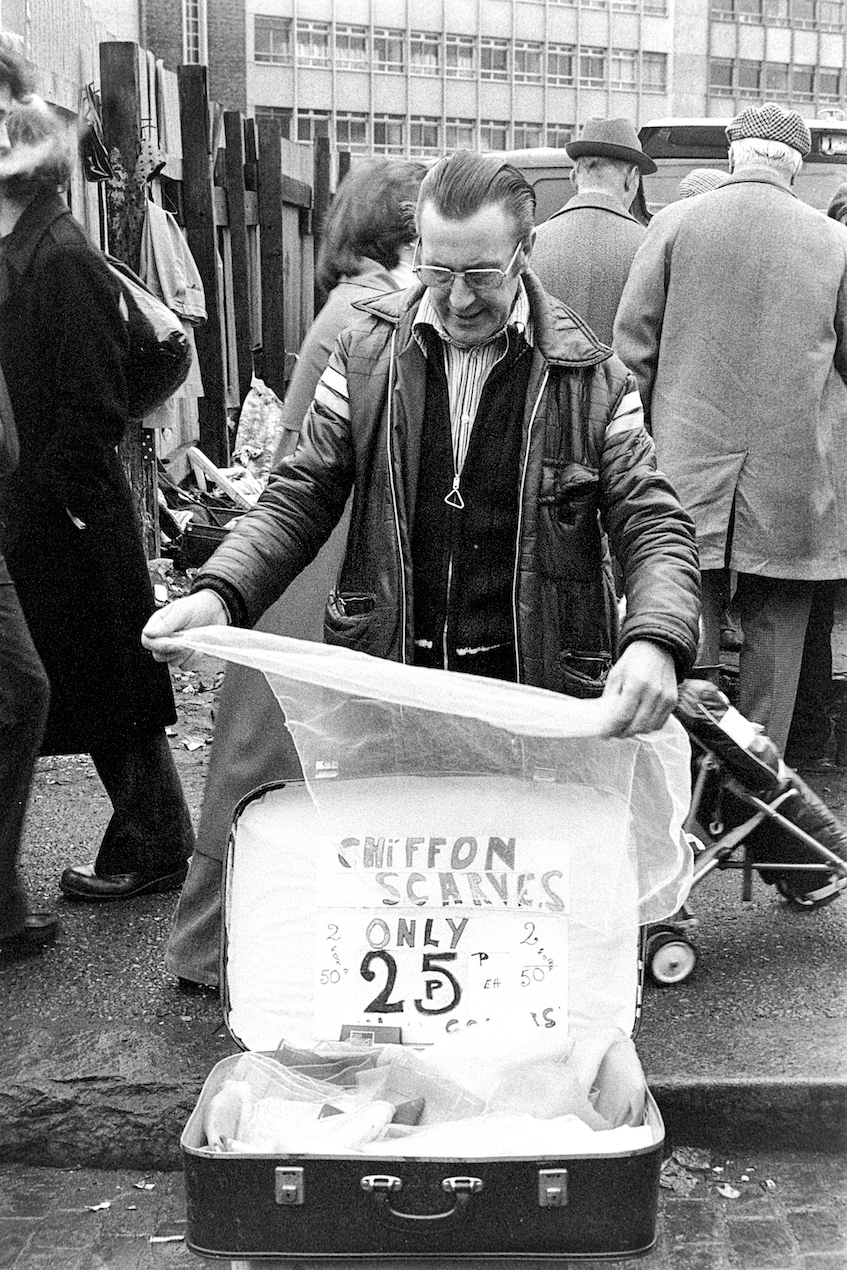 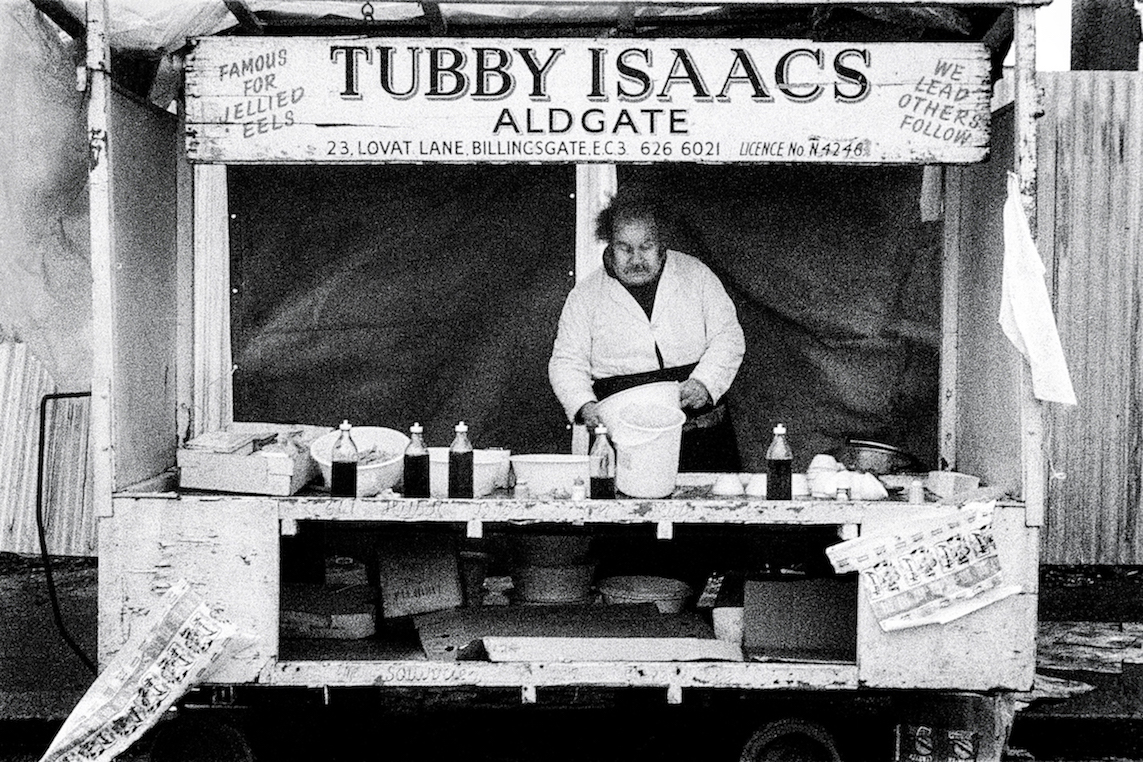 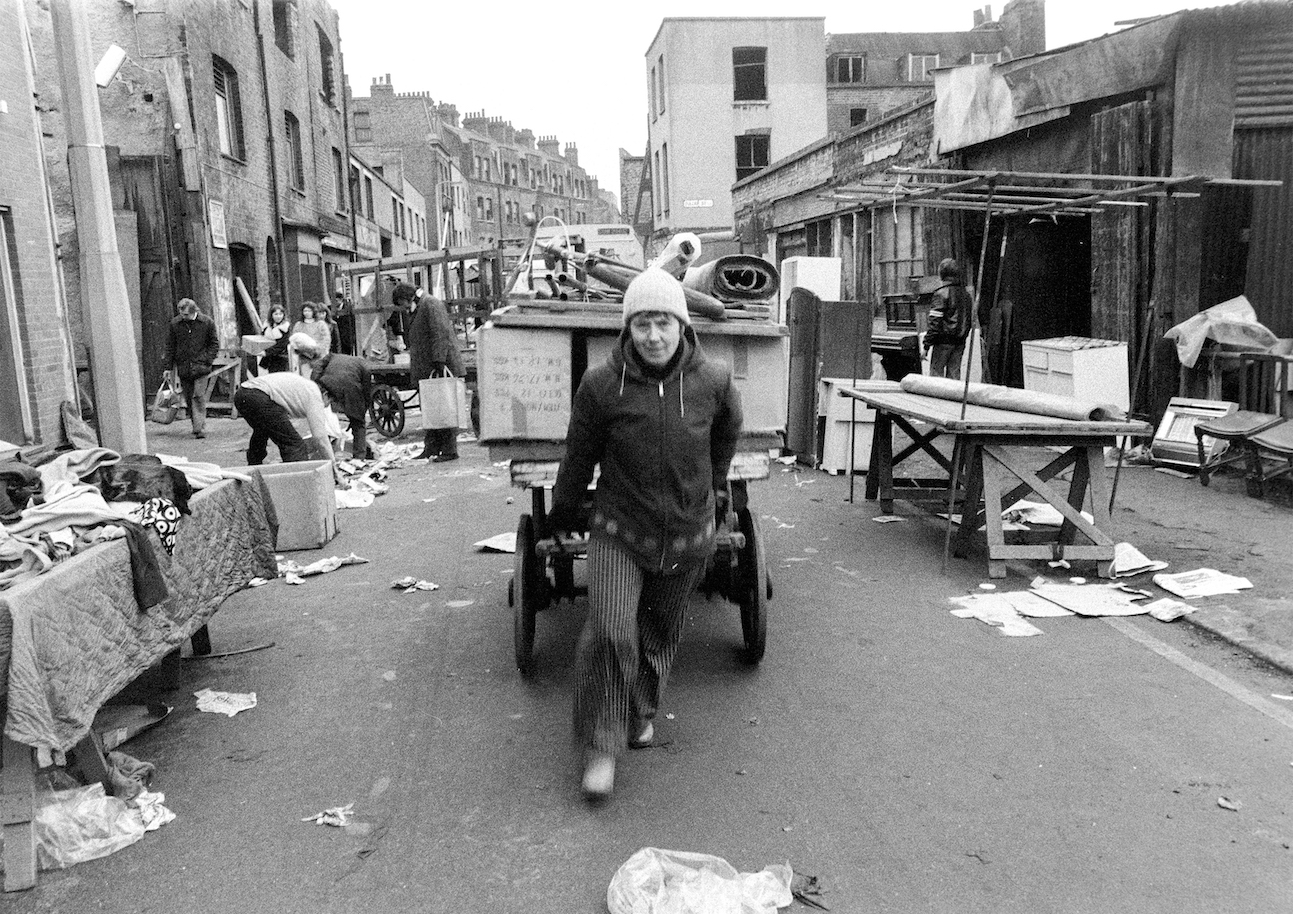 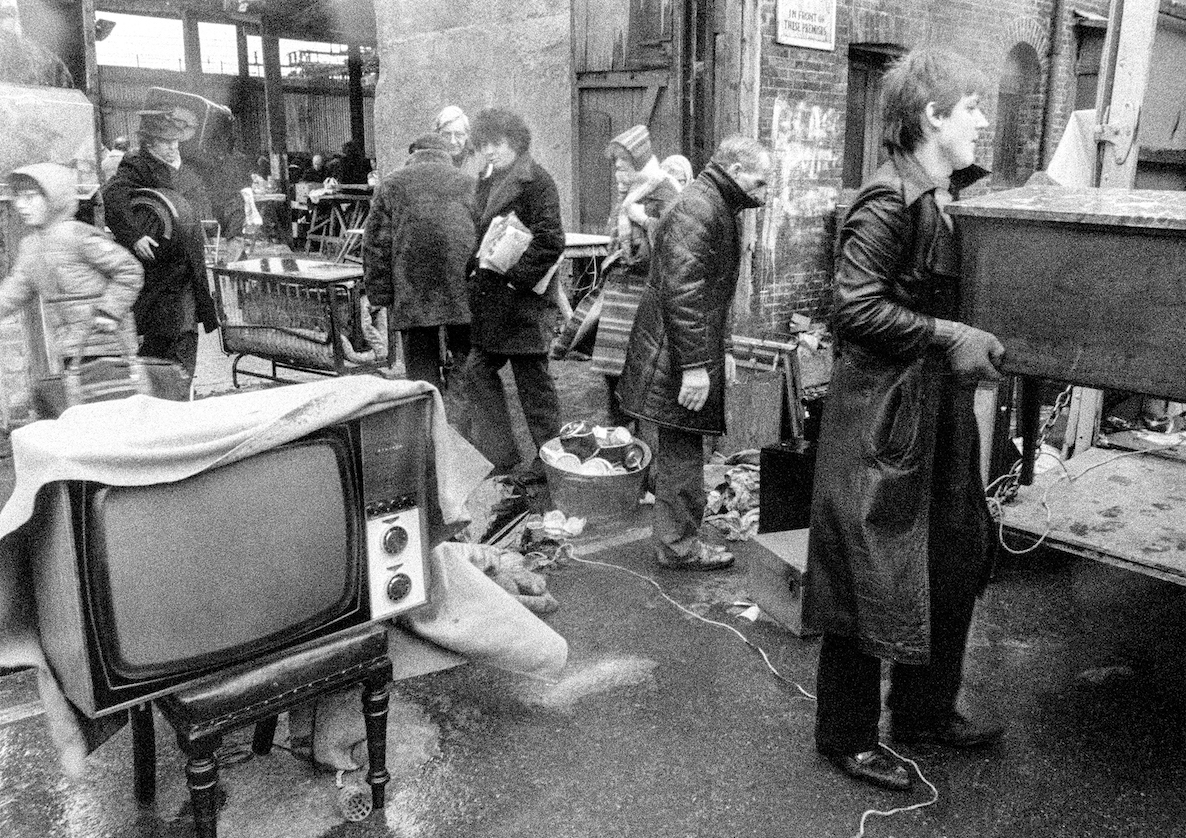 Discover more of Fran May’s work on her official website.

Linkedin
RELATED ARTICLES
OTHER ARTICLES
To mark the anniversary of the mass trespass of Kinder Scout, a group of hikers came together with the intent of creating a new, fully inclusive culture for rural spaces.
In the latest OFFF Dispatch, the enigmatic designer dives into his process, connecting the dots between his unique and varied creative output.
Over the weekend, London locals came together to resist a pre-planned police raid targeting delivery drivers.
The situation in Afghanistan remains dire, with many groups facing persecution at the hands of the Taliban.
In our first OFFF Dispatch piece, the Arce Studio founder shares her tips on standing out from the crowd.
After news broke last week around an expected reversal of the 1973 landmark law that made abortion legal in the US, protestors gathered in the UK in support of American women.