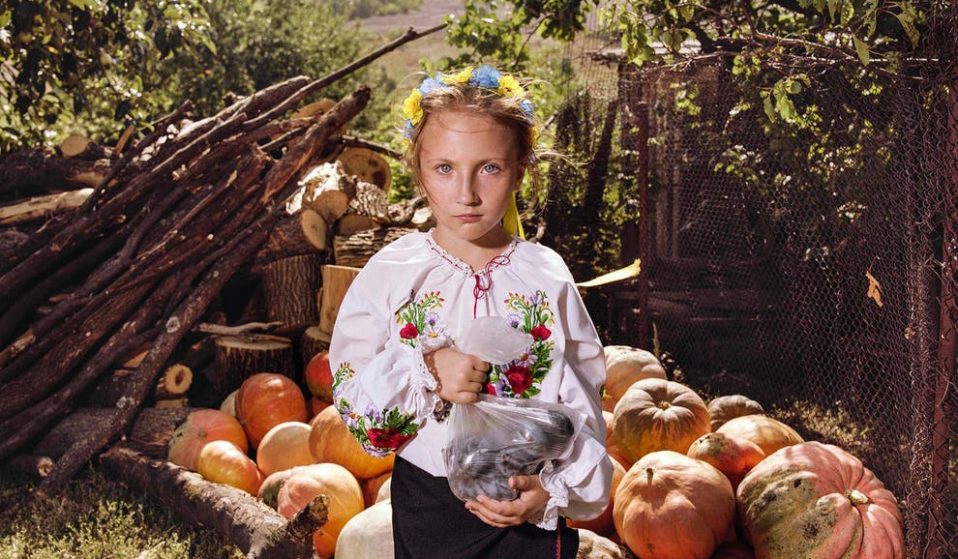 Published on the cusp of war, Mark Neville‘s new project is calling on the international community to urgently support Ukraine.

Since 2015, British artist Mark Neville, who lives in Kyiv, has been documenting Ukraine. Published on the cusp of war, his new photo book calls on the international community to urgently support the country.

“I am angry. This is my home. Everyone feels terrorised and is packing a bag with emergency supplies and travel documents. It’s horrible to live with that pressure,” British photographer Mark Neville says on the phone from Kyiv, shortly before Russia invaded the Ukraine on February 24, 2022.

“This is my way of fighting back. It’s the only way I know how,” Neville says of Stop Tanks With Books (Nazraeli), a powerful portrait of life across the Ukraine from 2015 to the present day. Over the years, Neville has travelled throughout the nation, photographing scenes of some of the 2.5 million Ukranians already displaced by the war whose only wish is that their stories be told. 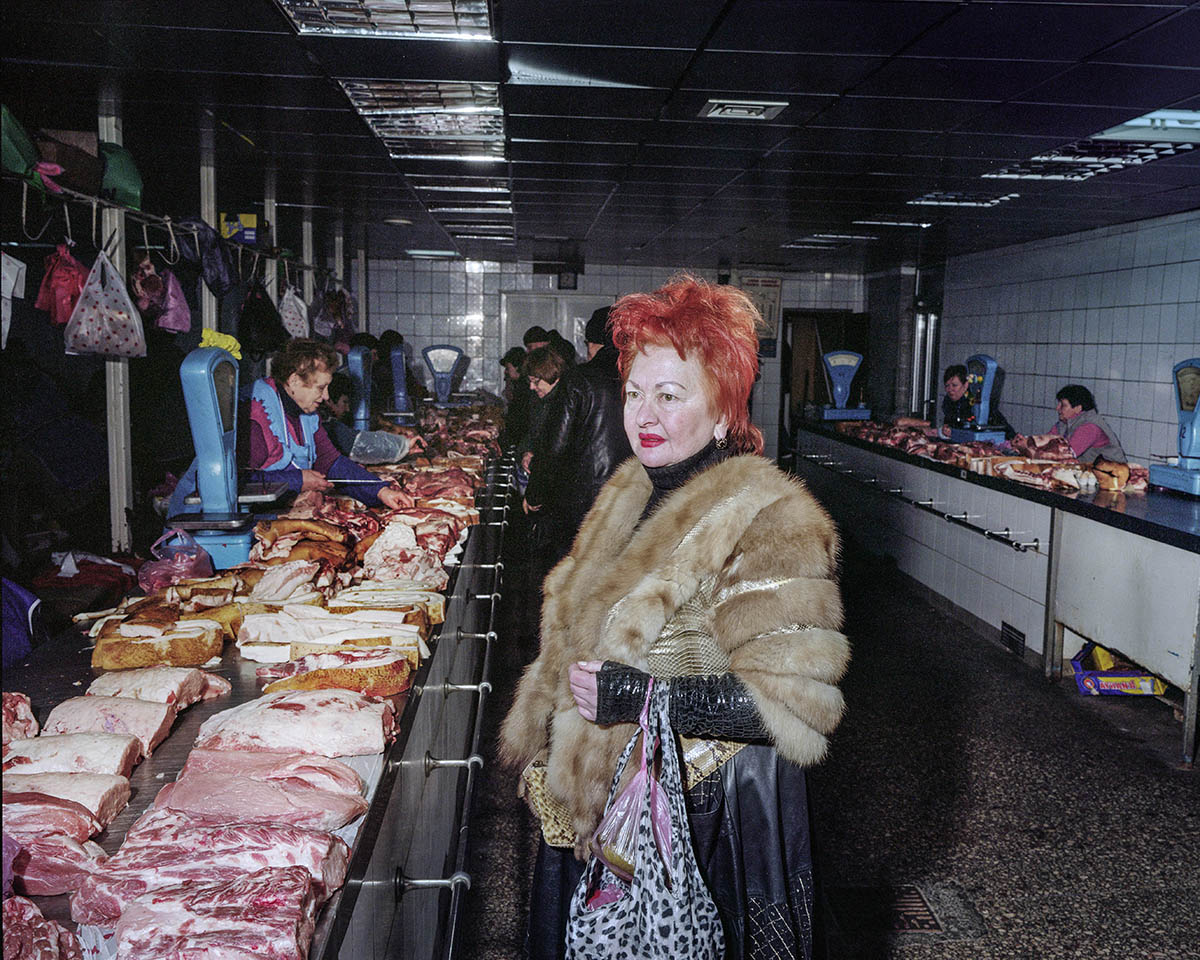 In this book, Neville offers an accessible guide to the complex issues that have emerged since the Ukranians began forging a free and democratic nation after the collapse of the Soviet Union. Since 2014, the Russians’ undeclared war on the Ukraine has resulted in the annexation of Crimea and the occupation of Luhansk and Donetsk.

Neville sees these actions as a threat to not only Ukraine, but the world itself. “Appeasing Russia has not worked,” he says. “[Military aggression] won’t stop there. It will just continue. We need a well-concerted global effort to stop this war.” 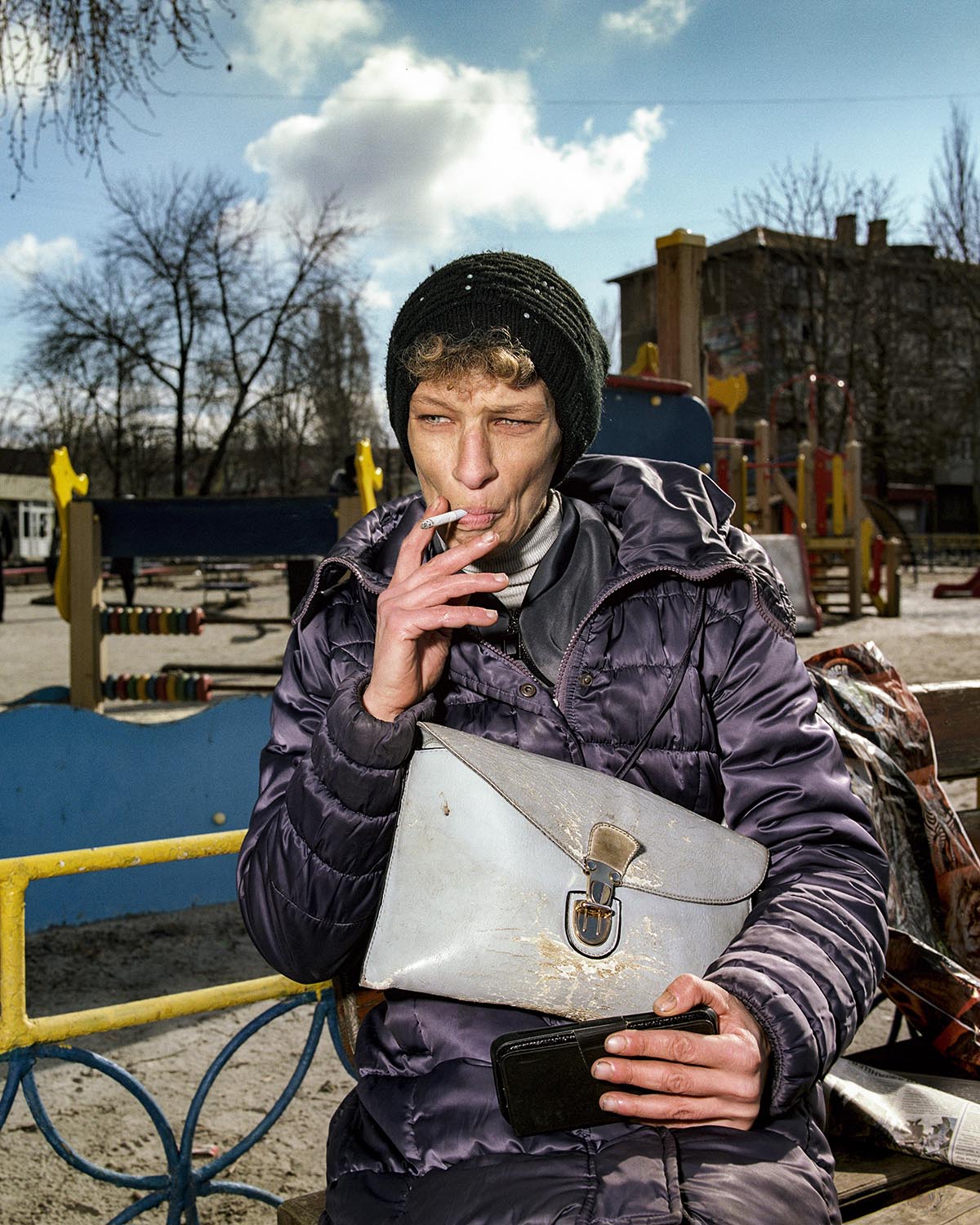 Woman smoking on a bench in Myrnograd, Donetsk, 2021 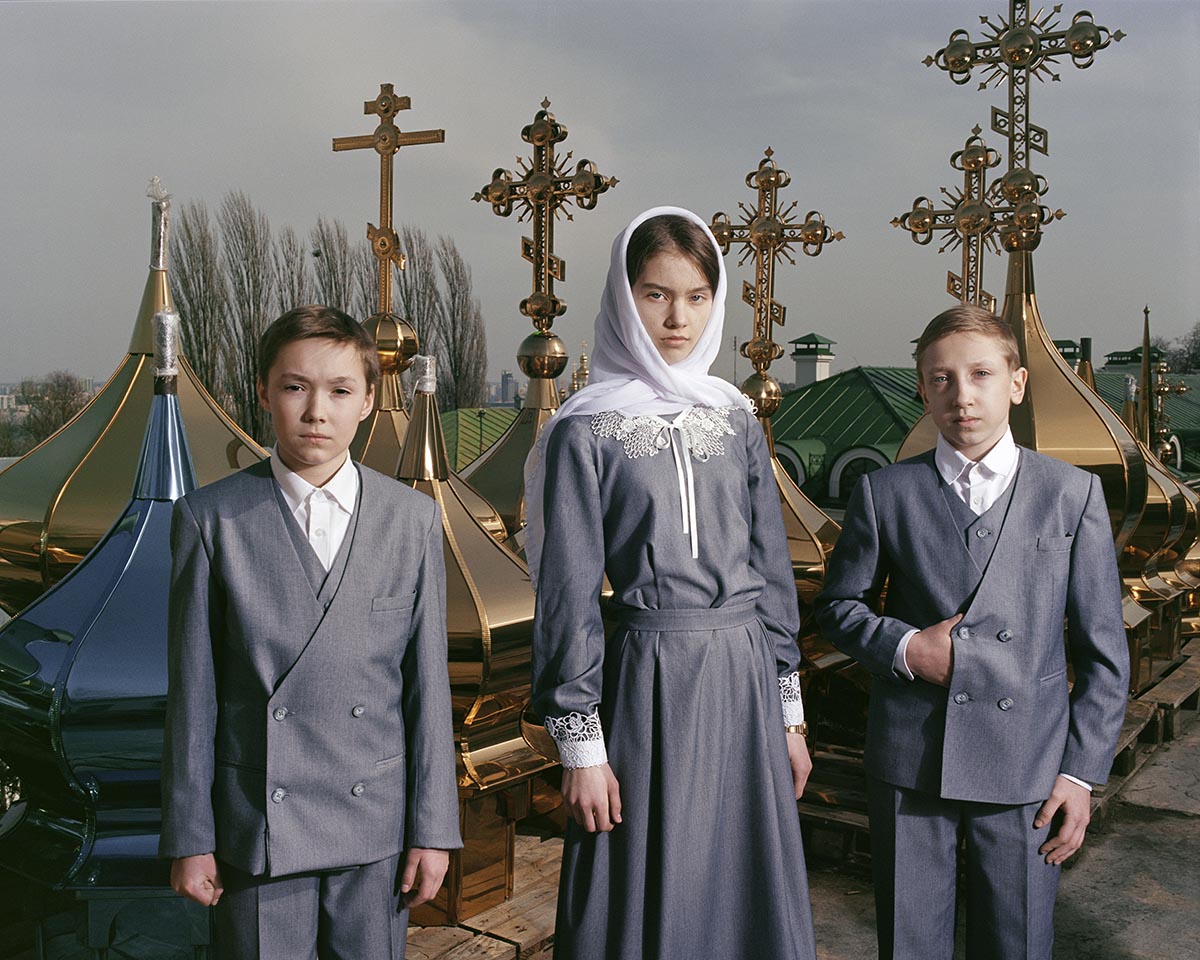 Although Neville was told that “books won’t stop tanks,” he is determined to make a stand by sending 750 copies of the book to key policy makers, ambassadors, member of the international community and people involved directly in the peace talks to show the human cost of war.

In the book, Neville brings together a powerful collection of different ideas and perspectives through a selection of 80 photographs accompanied by stories from Ukrainian novelist Lyuba Yakimchuk, and research from the Centre of Eastern European Studies in Berlin printed in English, Ukranian, and Russian. 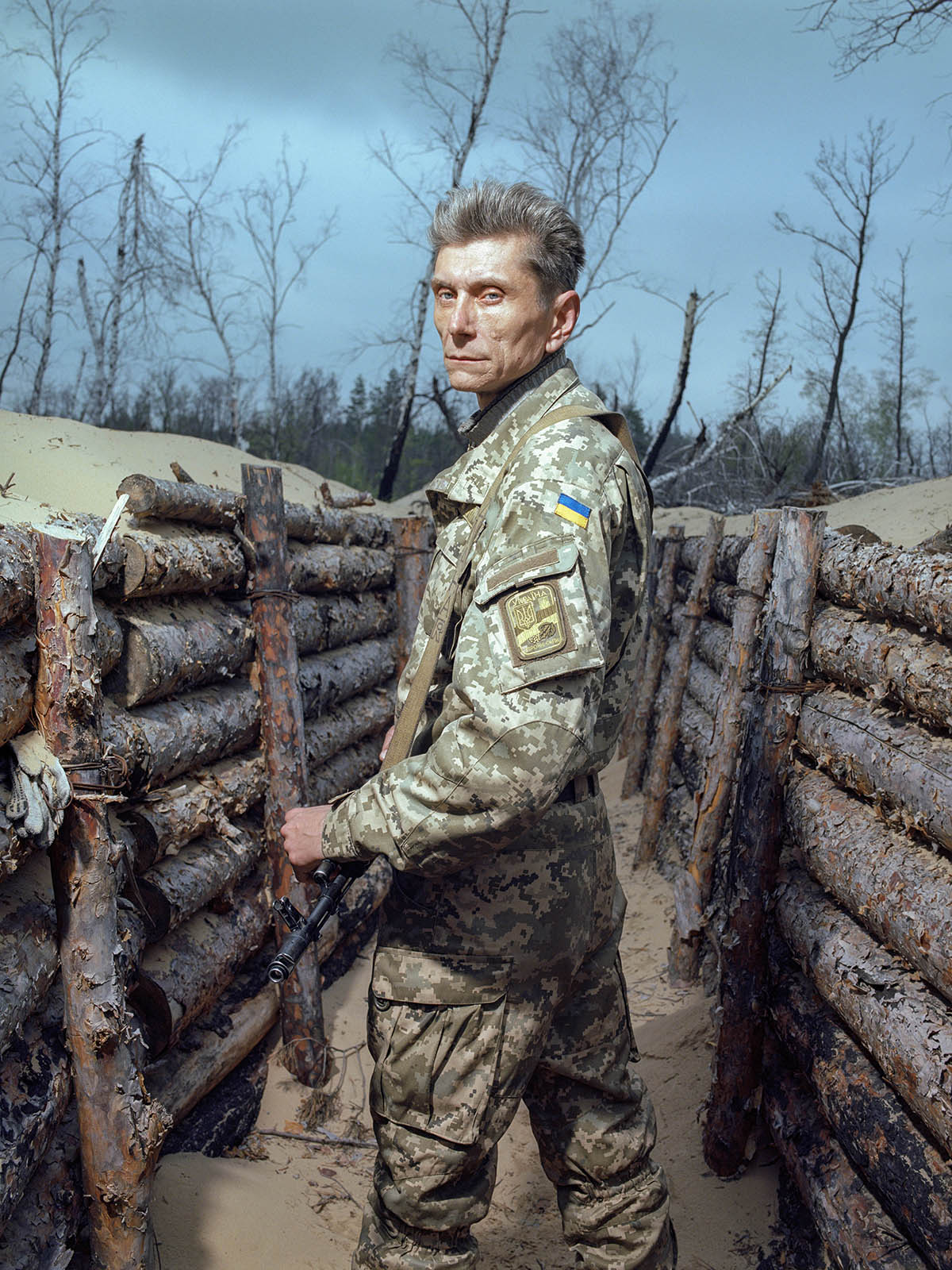 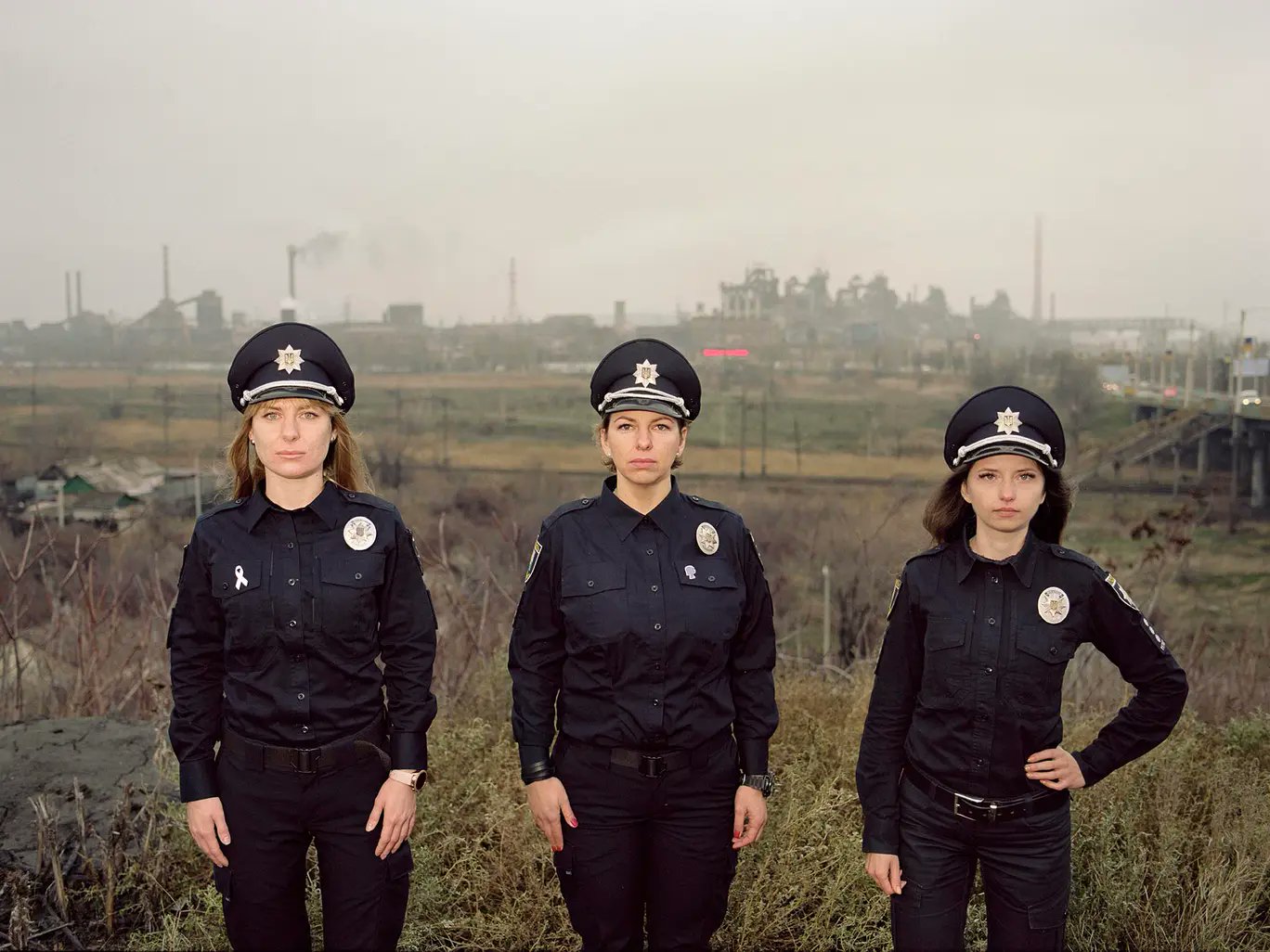 Neville also includes a specific set of actions the international community can take including NATO membership, energy supply, sanctions, and fighting disinformation produced by the Kremlin. “I am trying to use this photography book to have an impact on the real world,” he says.

Neville understands the impact of his work; it was the very thing that first brought him to Ukraine in 2015 after the The Kyiv Military Hospital asked for a Ukrainian language version of his book Battle Against Stigma to distribute to their veteran patients. Neville made the book to encourage veterans suffering from PTSD to seek professional help – something he experienced after spending three months embedded within the British paratroopers in Afghanistan in 2011.

“One of the themes in my work is trauma. Science shows us trauma is passed down and becomes part of your genetic makeup. I see it in my own history from the Afghanistan as well as in the people of the Ukraine,” he says.

“I am deeply touched by their resilience. So many people have lost everything but they don’t want money. They will make me a cup of tea and tell me their story.” 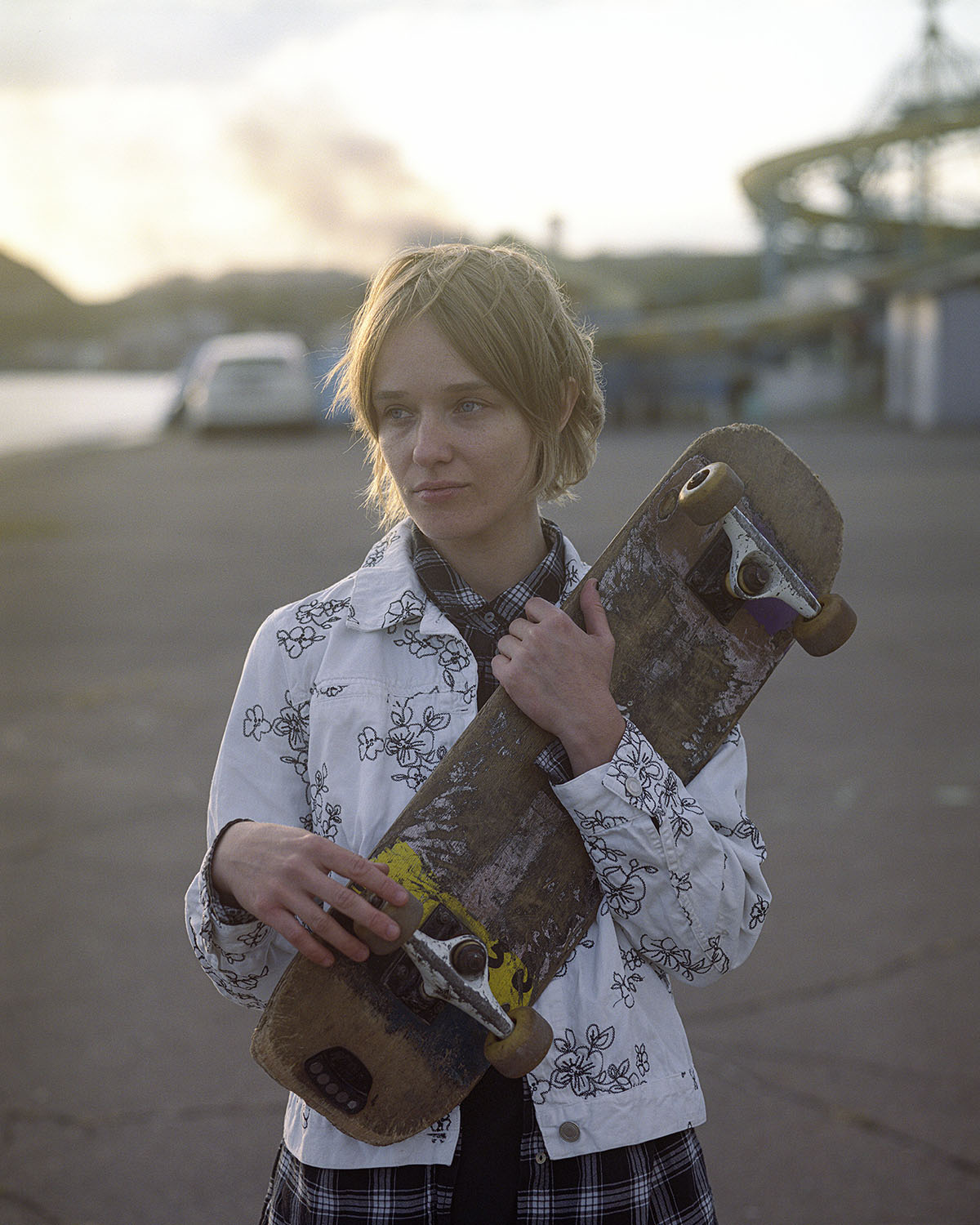 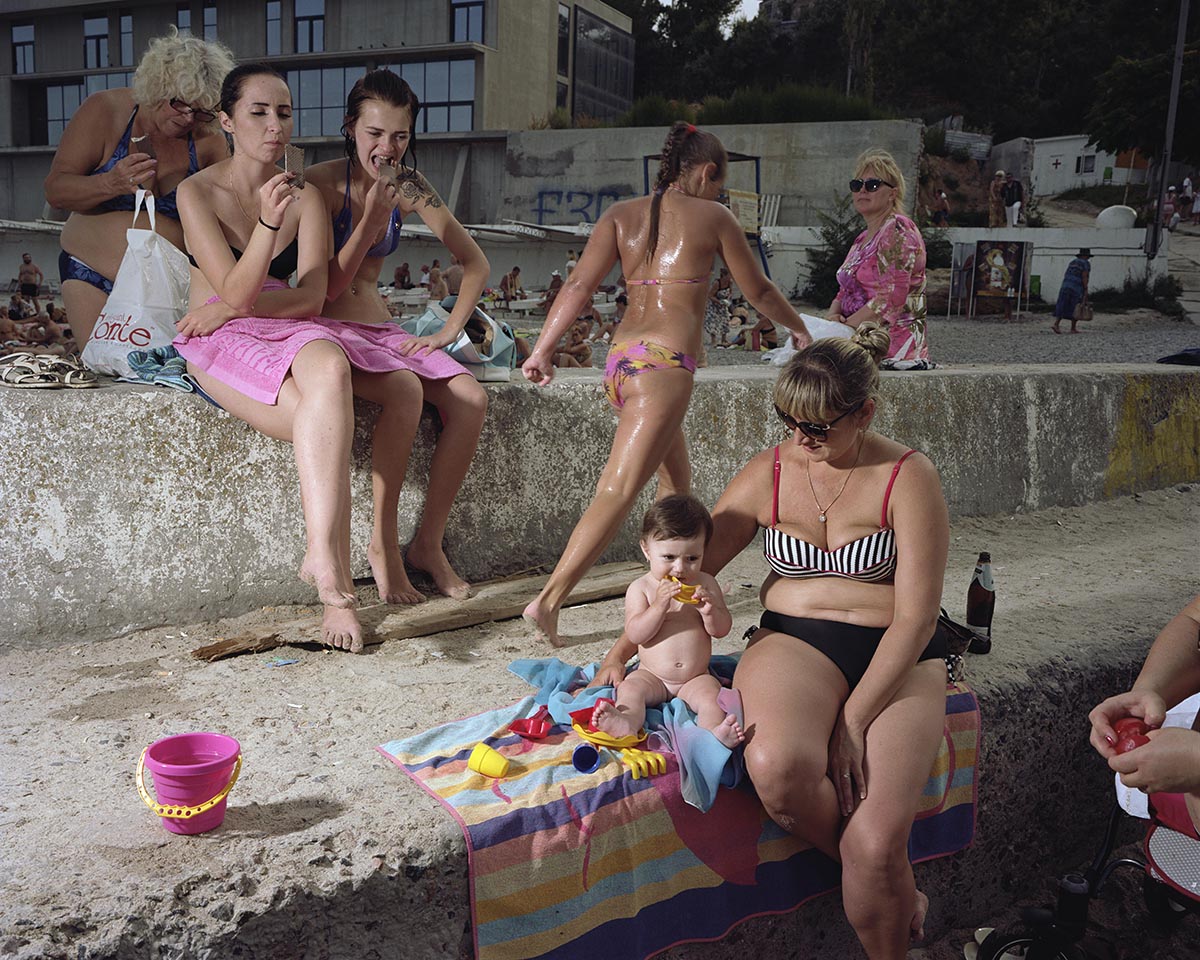 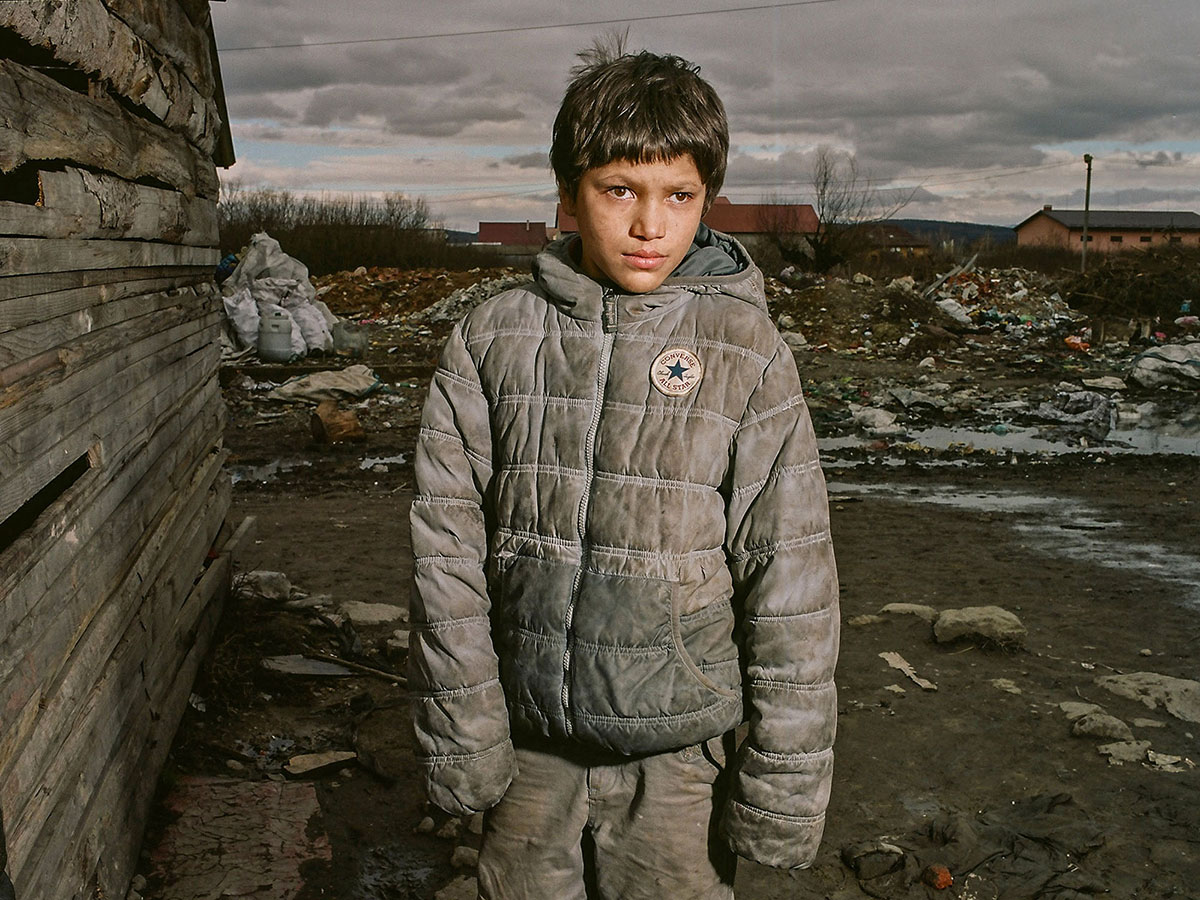 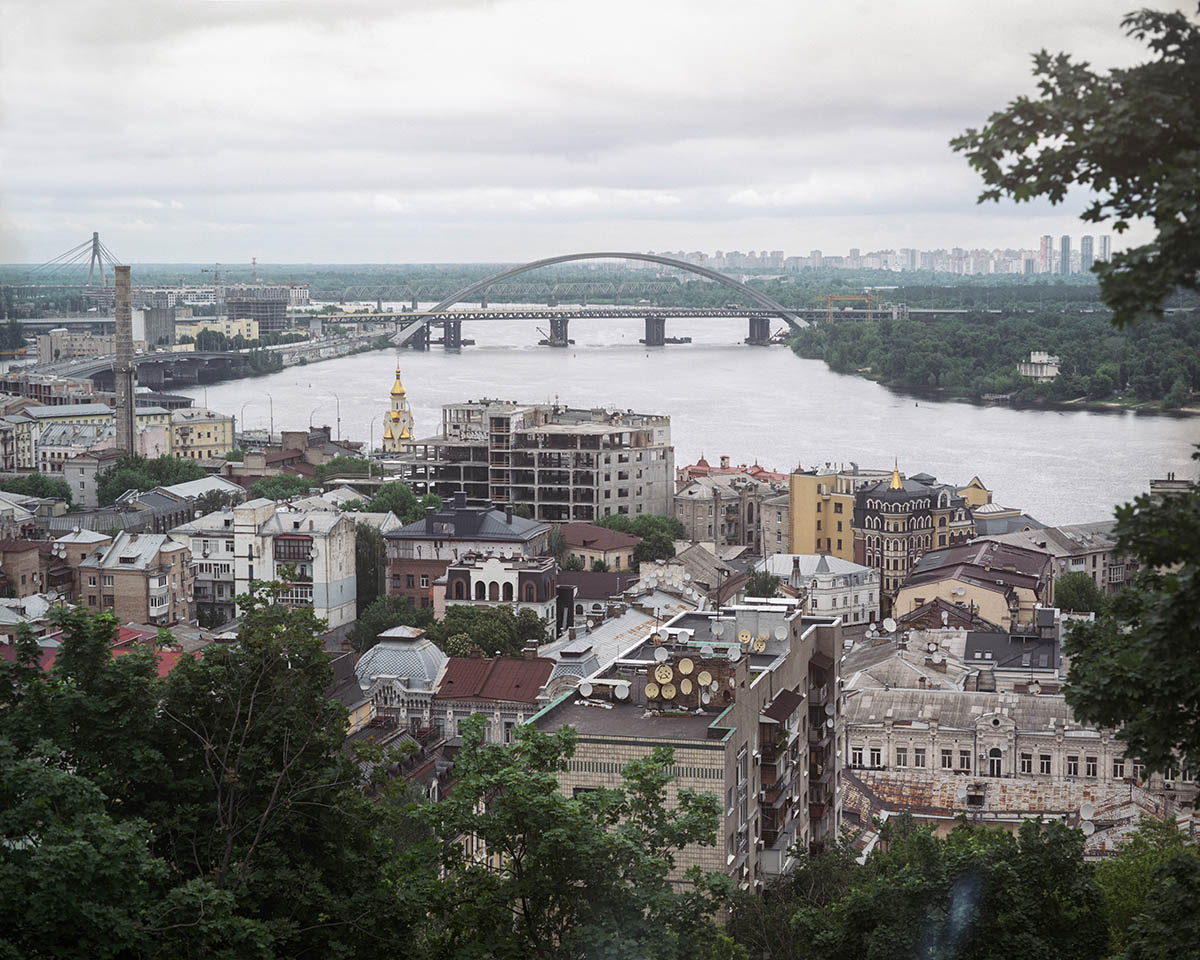 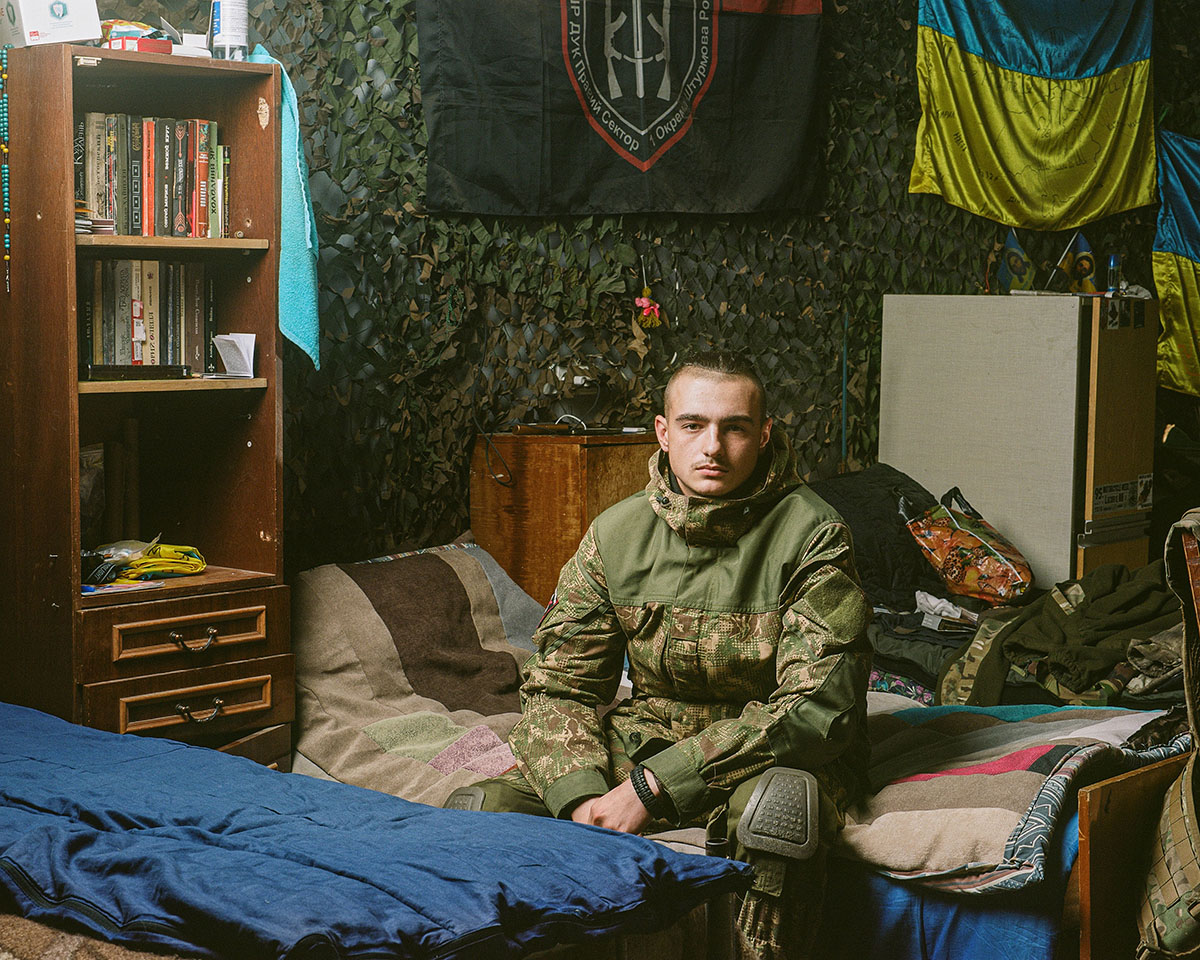 If you know of anyone who has it in their power to help support Ukraine’s continued fight for independence and deter Russian aggression, please contact Mark Neville directly on info@markneville.com, and he will send either you, or your proposed recipient, one of the 750 copies which are being disseminated for free.

Stop Tanks with Books is available to pre-order here.

Linkedin
RELATED ARTICLES
OTHER ARTICLES
Ahead of the release of their first collaborative album, the producer and rapper talk psychedelics and the state of UK hip hop.
Birdy Chu reflects on documenting the historic moment in which the territory was formally passed back from the UK to China.
As the Scottish government announces a rent freeze, an activist with Living Rent who fought and won shares how they did it, and what must come next.
The idea that a younger generation is abandoning work has become a popular narrative online, but it doesn’t necessarily reflect reality.
Sean Maung’s photos are a love letter to the Black and brown communities that make up New York.
A group of young Palestinians have found temporary freedom in the act of parkour, reimagining wreckage and ruins as a series of high-octane playgrounds.