Art & Culture / The 18-year-old astronaut gearing up for Mars 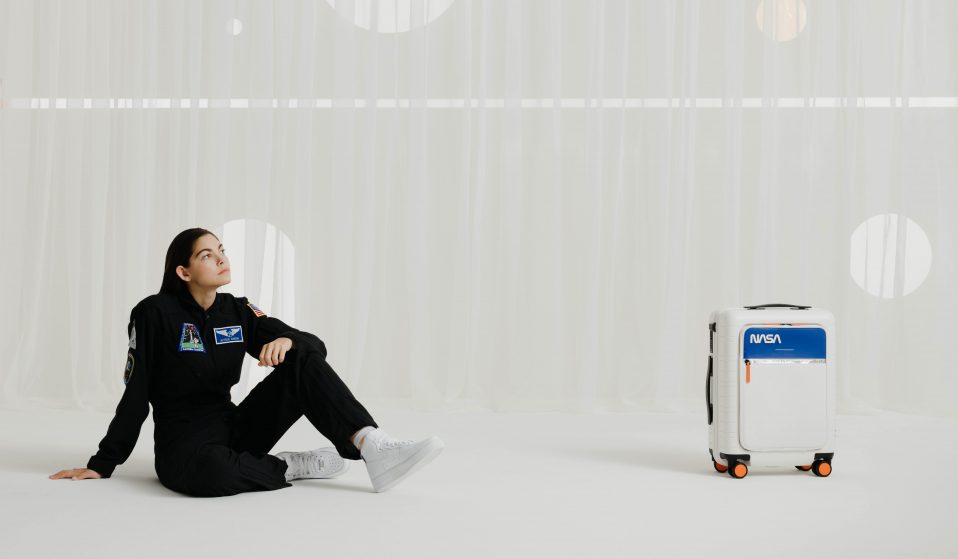 Alyssa Carlson is set to be one of the first humans on the red planet – an achievement that would see her journey come full circle.

Alyssa Carlson is set to be one of the first humans on the red planet – an achievement that would see her journey come full circle.

When Alyssa Carson was just three years old, she told her father that she planned to become an astronaut and go to Mars. She’d been watching the episode of children’s TV series The Backyardigans where the characters – animated animals – visit the red planet. It looked like fun.

Turns out she meant it. Because today, despite not yet being out of her teens, Alyssa is one of the world’s youngest astronauts in training – putting her in the running to be one of the first humans on Mars. She’s the youngest person to graduate from the Project PoSSUM (Project Polar Suborbital Science in the Upper Mesosphere) academy, a specialised training programme for astronauts she entered at 15. On top of that, she’s attended all three of NASA’s space camps and remains the only person to have completed their Passport Programme, which saw her visit all 14 sites across nine different US states.

“When I talk to other kids my age, I hope they realise they don’t have to wait until college to start figuring out what they want to be, or start pursuing their dream,” the 18-year-old says, speaking over the phone from her home in Louisiana. “If you’re interested in something, if you’re passionate about it, you can definitely start working towards it.”

With humans hoping to get to Mars within the next ten years, Alyssa’s journey could soon come full circle. In the meantime, though, she’s happy to continue contributing in any way she can – such as through her work with Horizn Studios, a project which saw her collaborate on a design study for the world’s first luggage line for space travel. “Working with them was pretty incredible, being able to bring what I know and being able to apply that something like luggage.”

To celebrate the collection, Huck spoke to Alyssa about life as a teenage astronaut – and why, despite the challenges, she wouldn’t change a thing.

What was it about space that first captivated you?
When I was first asking questions about space, my dad told me that we’d been to the Moon, but no one had ever been to Mars. The idea that no one had been there before really sparked the curiosity of what was there.

When did that curiosity evolve into actually wanting to be an astronaut?
Like most kids, I had an interest in space. I asked my dad for videos, posters, anything about space and about Mars – and I just continued doing that.

When we eventually found out about Space Camp in Alabama, I went there. There were all these people who were interested in space, there were simulators, we were building model rockets, pretending to be astronauts. That weekend solidified that it was something I’d want to do. It helped me figure it out.

A lot of young people change their minds about what they want to do as a career. Have you ever wavered in that sense?
Every kid does. I thought about being other things. But for some reason the way I always thought about it was, I’d be an astronaut, I’d go to Mars, I’d come back, and then I’d be a doctor. Or, I’d be an astronaut, come back, and then be President. For some reason, being an astronaut and going to Mars always came first. Everything else came second.

How did you come to be involved in the PoSSUM programme?
I got involved with PoSSUM when I was 15. One of my councillors at a camp I’d gone to had mentioned this programme was starting at her university. She didn’t know if I could do it or not because it was for university students, but figured I should give them a call anyway.

We ended up calling them, we talked to them, and basically I was giving them any reason I could as to why they should let me join. They ended up deciding that I would do an introductory week and see how I did from there. If that week went well, I’d be able to continue working, doing research projects. After the first week, I ended up scoring the highest [mark] in the exam.

What’s been the most challenging part of training?
The most challenging training I’ve done so far has been the water survival training – just because it was very physical. We learned how to escape from a vehicle if it was stuck underwater. We also learned how to swim in the water while wearing space suits. All of that was very physically demanding.

Should more young people care about space exploration?
I believe that space is super important for everyone. There’s a lot of benefits from the mission to Mars, and space in general. I don’t think the general public realises how many benefits come from space, how many inventions have been made because of space travel, how many jobs are created because of space travel. All of that comes back here to Earth.

Being a teenager is hard enough without doing some of the things you’ve done. Have you had to make sacrifices?
Balancing my time has been the hardest part of what I’ve done so far. Mainly just because trying to be in school full-time while doing the training that I’ve done, keeping up with everything is just impossible. I mean there’s definitely the sacrifices, but I definitely believe what I’m getting out of it is worth it.

What do your friends think about what you do?
Obviously all my friends know what I’m up to, but we don’t really talk about it much. They don’t really care. Obviously they think it’s cool, but it’s not necessarily something we talk about all the time. We never talk about space, actually. We’re just like normal teenagers.

Your generation are at the forefront of the environmental movement. Do you see parallels between what some of your peers are doing there, and what you’re doing?
I definitely think a lot of what space travel is doing impacts Earth and the environment of the Earth, and how we’re going to continue working on that. One of the things about the mission to Mars is looking for resources on Mars and how they can be used. Possibly even looking at Mars as a second Earth. 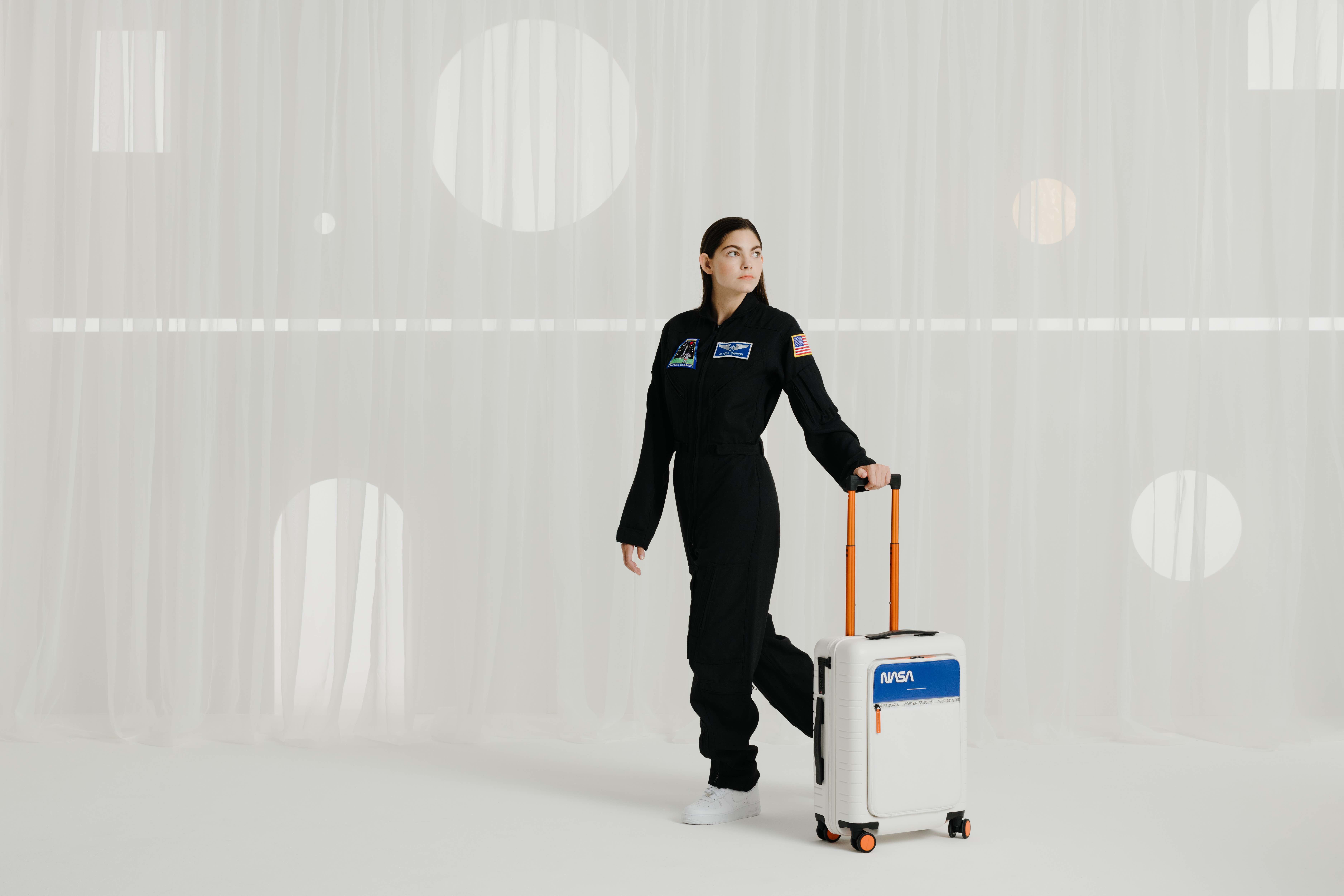 Has anyone ever written you off because of your age?
When I first started PoSSUM, especially when I was 15, there was a little bit of that. Just because I was this teen and everyone else was in their 30s. It was definitely intimidating for me to go into that at first. But I think that the more they got to know me and the more we got to work together, it’s become like another family.

A lot of the class material is well above my education level, so [everyone has] been very nice about helping me and explaining everything to me, so I can keep up. It’s been really amazing to see how accepting everyone has been.

Why is the mission to Mars so important?
I think the most important part of the mission to Mars is inspiring humans to realise that we can live on and go to other places. I definitely think that humans will eventually need to get to that point – where we’re exploring and possibly living in other places besides Earth. I think that Mars is kind of that first baby step in teaching us that.

I don’t think it ends with Mars. I’m hoping, after this generation, the next generation has the capability to go to, like, a moon of Jupiter – [so] we continue learning more about the solar system. Mars is just that first step into seeing how we can accomplish that.

How long would a journey to Mars take?
With the current technology that we’re going to be using for the mission to Mars, it’s going to take six months to get there. Then astronauts would live there for about 20 months, and then it would take about 9 months to come back. They’re looking at technology to make it shorter, but for the first missions we’d have to use the older engines.

If you were to be on one of those missions, it would mean a long time away from loved ones. Is that something you’ve had to think about?
Definitely. It’s a long time being away from friends, family, Earth as a whole. I guess the way I’ve always thought about it is in an optimistic way. I’m sure people on Earth use it in the same way.

Like, people who serve in the military – they’re going somewhere for possibly years, then they come back to their families. People who work in different countries for their families too. The way I’ve always thought about it is that it’s something humans have been doing for so long.

What would reaching Mars represent to you?
If I was actually able to be on the mission… I mean, it would definitely be a full circle moment of fulfilling my dream.

What are the biggest misconceptions people have about astronauts?
One big thing is that people, a lot of the time, think that being an astronaut is [someone’s] only job. They think that you can kind of just become an astronaut, when in reality you have to have a job to apply to become one. It’s pretty unique in that sense.

You can’t only want to be an astronaut. You have to want to be something else as well. Whether that’s a scientist, a pilot, a medical officer, whatever it might be. You definitely have to have something else that interests you. From there. you can figure out how you can apply that to space.

You’re setting an incredible example for young people. But do you ever feel the pressure that comes with that?
I definitely am super happy for the role I’ve taken – inspiring kids. Being able to see the impact that it’s made on even just a few people has been amazing. If I can inspire one kid to follow their dream, it’s definitely pretty amazing.

Learn more about Alyssa Carson’s work with Horizn Studios on their official website.

Linkedin
RELATED ARTICLES
OTHER ARTICLES
Financial turmoil is pushing people who work in the sex industry into more dangerous and desperate situations as a means of survival.
Cindy Campbell recounts how her brother ushered in a new era of musical culture at a party she held in the Bronx in ‘70s.
By turning a real-life crisis into daytime television fodder, TV bosses have once again shown themselves to be completely out of touch with audiences.
Photographer David Corio’s archive offers a glimpse inside a revolutionary era of music and nightlife.
As the Scottish government announces a rent freeze, an activist with Living Rent who fought and won shares how they did it, and what must come next.
With skyrocketing rents, packed out viewings, bidding wars and more, renting in London has never been harder.