Art & Culture / Paris Pedal: a cyclist’s view of the City of Light 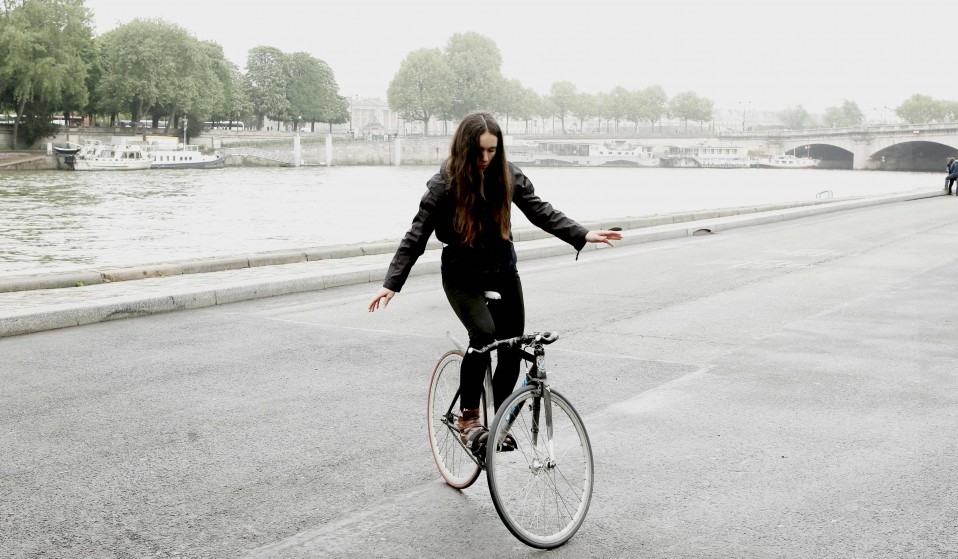 Parisian architect Amelie Bonnet Villalonga describes her idyllic commute and the city’s vibrant cycling community, in our latest story from The Commuter Journal – a cycling paper made by Huck and Levi’s® Commuter™.

Parisian architect Amelie Bonnet Villalonga describes her idyllic commute and the city’s vibrant cycling community, in our latest story from The Commuter Journal – a cycling paper made by Huck and Levi’s® Commuter™.

Commuting in Paris has something of a reputation. With its narrow, winding streets, cobbles, hills, lawless roundabouts and notorious gridlocks, a journey through the city can often feel like a scene out of Jacques Tati’s Parisian commuter parody Trafic.

But the city’s progressive stance towards cycling is changing inter-city travel from the streets up. Not only did Paris pioneer bikesharing in Europe with their Vélib’ program – which is now the sixth-largest in the world – but a strong commitment to bike lanes, which web the mandala-shaped urban sprawl, means that both amateurs and seasoned pros are protected from the auto madness. 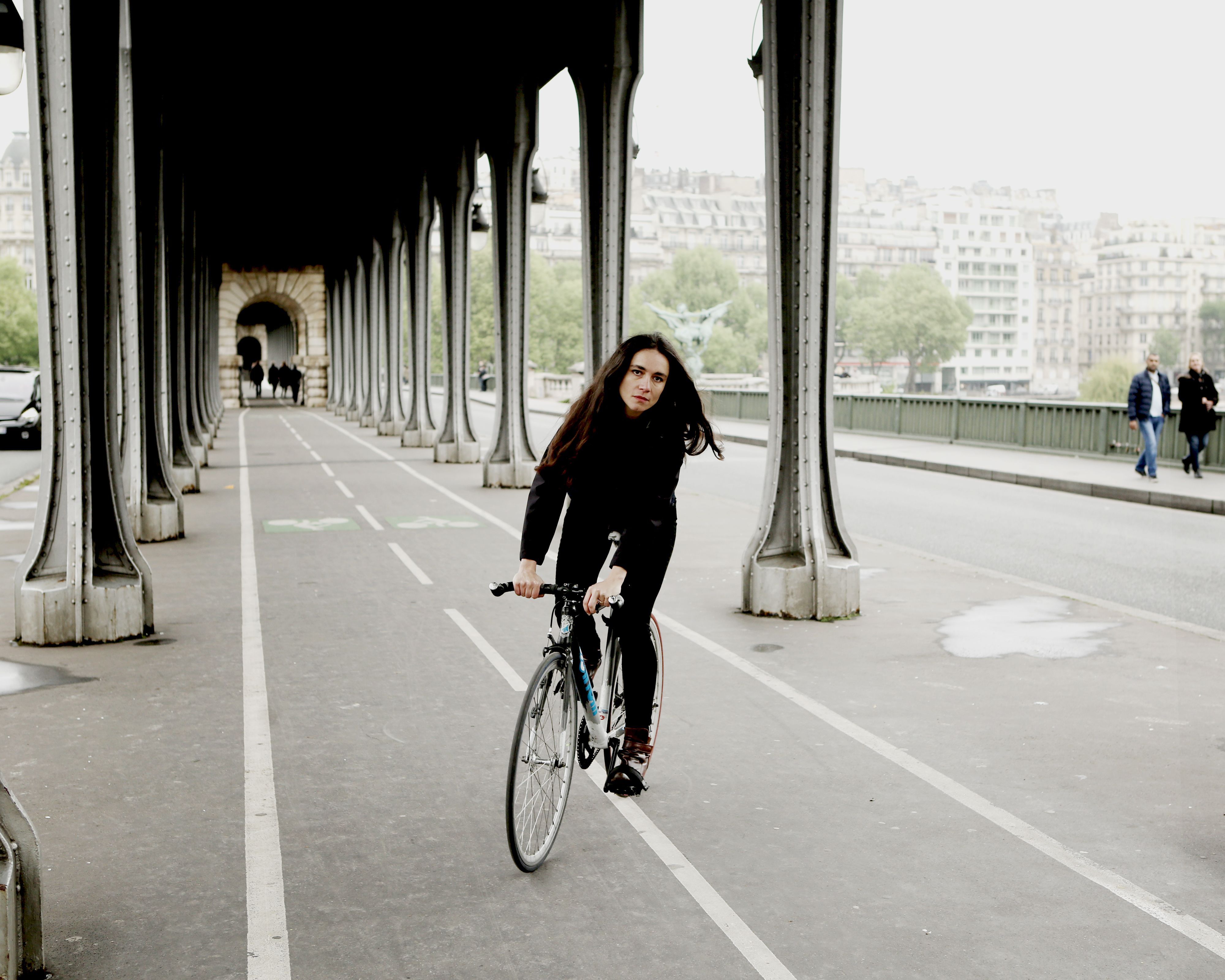 Amelie Bonnet Villalonga – an architect and avid cyclist based in the city – is an advocate of Parisian bike culture. She started cycling with her dad and brother when she was very young and after finding a passion for cross-country riding she became a life-long aficionado. Now, every day, she travels almost twenty kilometres on her Cinelli Mash Histogram and she never tires of the idyllic routes.

So what does her daily commute look like? “I cross Paris from East to West every day and get to practise the rue de Rivoli, which is a great challenge as well as a nightmare,” she laughs. “Place de la Concorde is pretty mad too, but after rue de Rivoli, it feels easy to cross. Then I go along the river to finish with a great hill from Alma to Trocadéro, where I keep burning my legs to avoid stopping at the red light.”

The features of the city that may seem like obstacles to outsiders, are actually Amelie’s favourite bits. “The city is small so everything seems ten minutes away,” she says. “You can really challenge yourself with some great hills such as Ménilmontant and Montmartre and you can cycle in a circle for hours in Vincennes or Longchamps.” 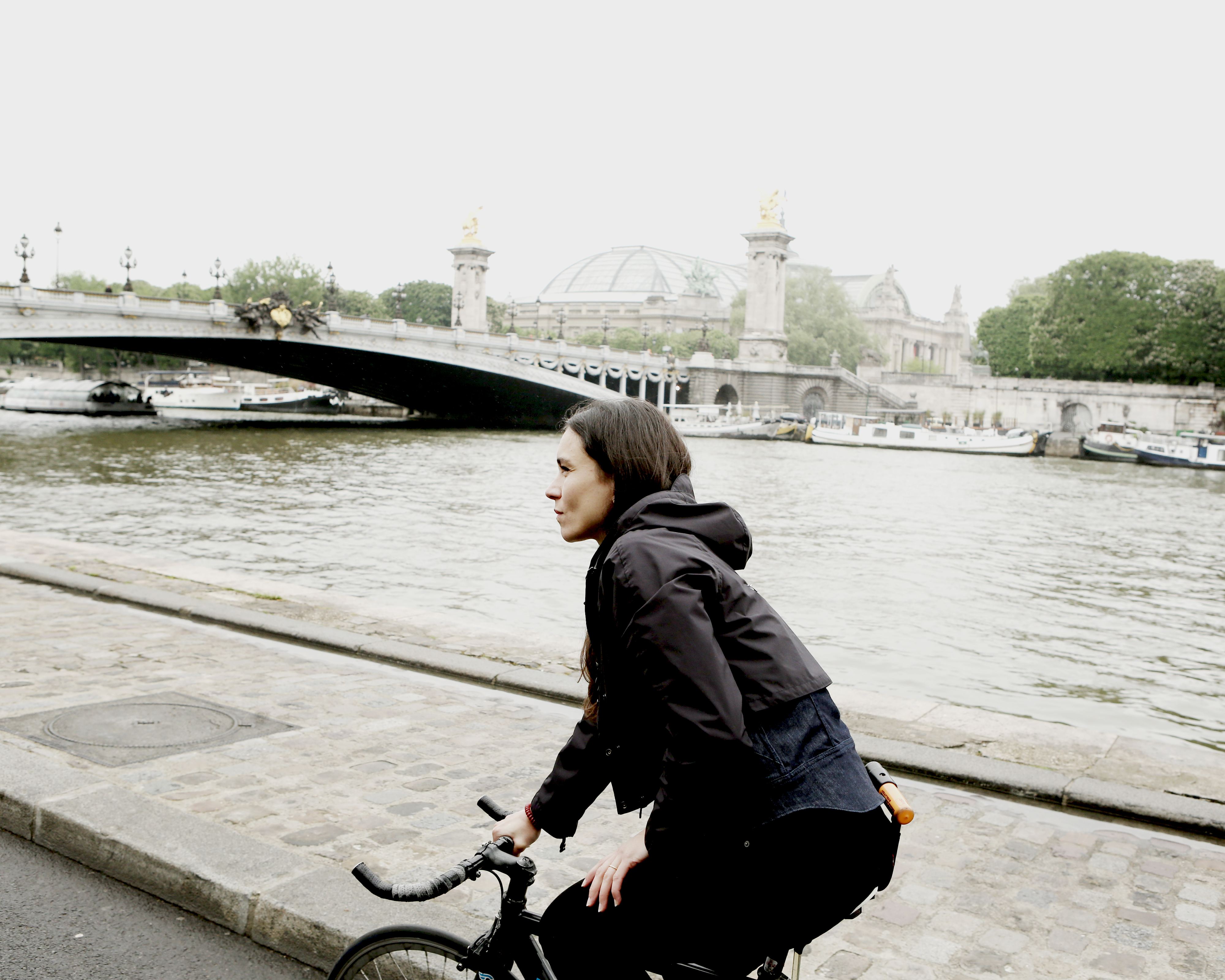 When she’s feeling more adventurous, Amelie switches up her steed to the SOLOIST Cervelo and heads out of the spaghetti streets and into the surrounding nature. “Paris is a beautiful city, but what I also like about it is that you can leave it to be in the middle of green fields in a snap, well almost,” she says. “Spending the weekdays crossing Paris and then spending the weekends in great freedom, out of the city, is a great pleasure.”

Like any subculture, Parisian commuters stick together. And there are great initiatives, like the Paris Women’s Cycling Team – which organises female-only rides in Paris and beyond – to encourage participation from the uninitiated. “Sylvie from the ‘Mittens’ bike crew set up the Paris Women’s Cycling Team to spread her love of cycling to other girls,” says Amelie, who enjoys the opportunity to pedal en masse. “It’s very enjoyable to ride with other women and every time I go I meet new amazing girls!” 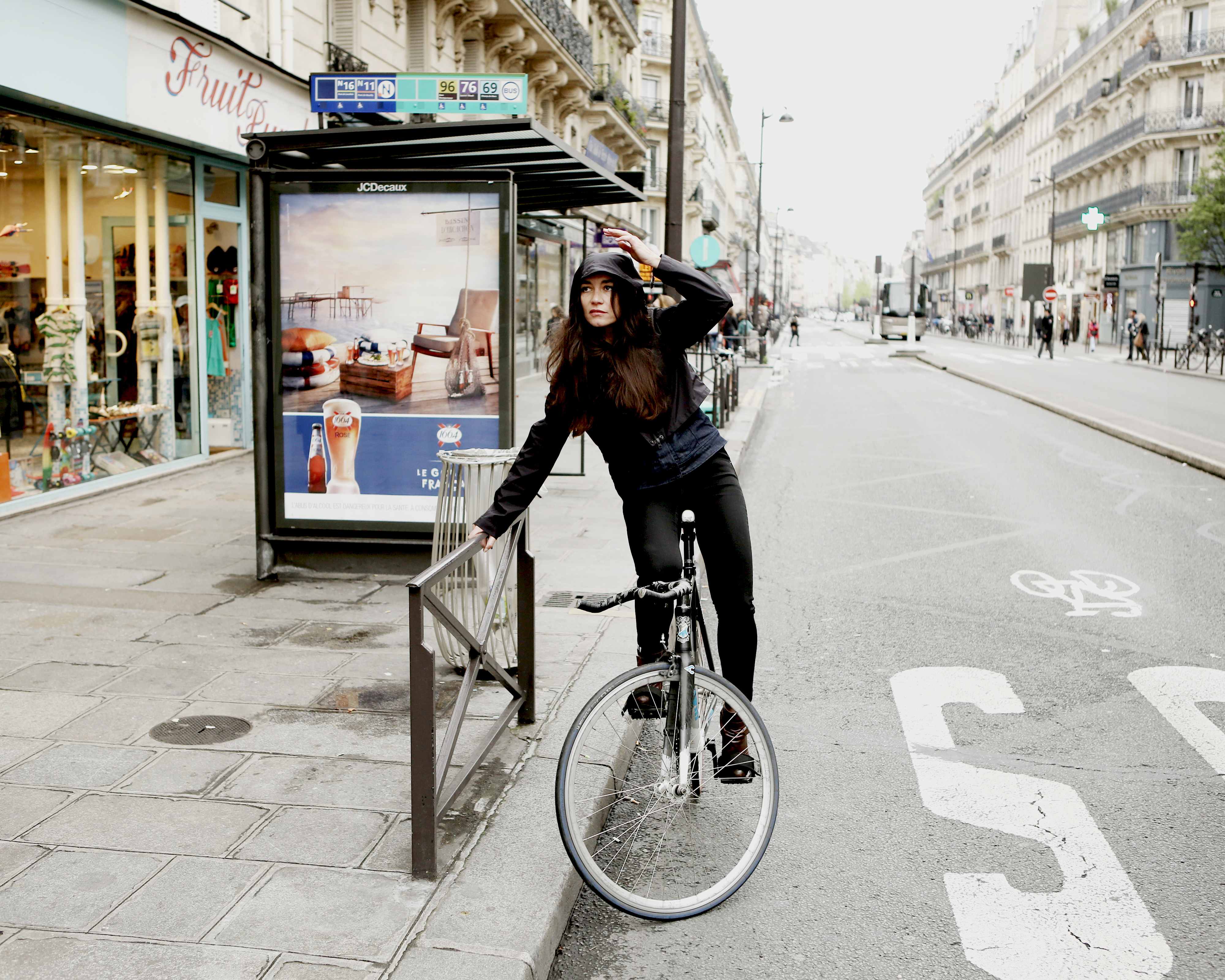 So does that communal spirit extend to the busy rush-hour streets? “Yes, I love the way we say hi everyday while commuting,” says Amelie. “Bike shops are awesome and very friendly, I visit la Bicyclette to say hi and also The Bicycle Store, not only if I have something to buy, but just to see friends and look at bikes and talk about the next great ride to organise. There’s also a new coffee place, opened by friends who run the magazine STEEL, that is good to go to, especially as it’s on my way back home.”

And even if the traffic is thick and the streets full of the noise of the whirlwind Parisian day, Amelie still finds refuge in her daily commute. “Cycling across the city allows me to put away the everyday stress,” she says, with plans to have her own architecture studio at some point in the future. “By challenging myself in different ways I feel like I’m able to achieve more in life.”

Linkedin
RELATED ARTICLES
OTHER ARTICLES
Photographer David Hoffman recalls documenting the extreme wealth inequality around Tower Hamlets and Hackney int the 1980s.
A new edition of a seminal book brings together iconic images of the band onstage in their full glory and backstage in moments of unguarded camaraderie.
50 years since its inception, and the campaign calling for recognition that capitalism depends on domestic labour is as pertinent as ever.
Wealth inequality and the rising cost of socialising is placing a strain on people’s relationships, reports Eve Upton-Clark.
Proposals to introduce a minimum GCSE threshold for student loans will disproportionately affect those from marginalised backgrounds.
The author discusses the all-consuming nature of heartbreak, and turning the experience into an incisive exploration of love and loss.