Art & Culture / An Afghan climate activist speaks out from hiding 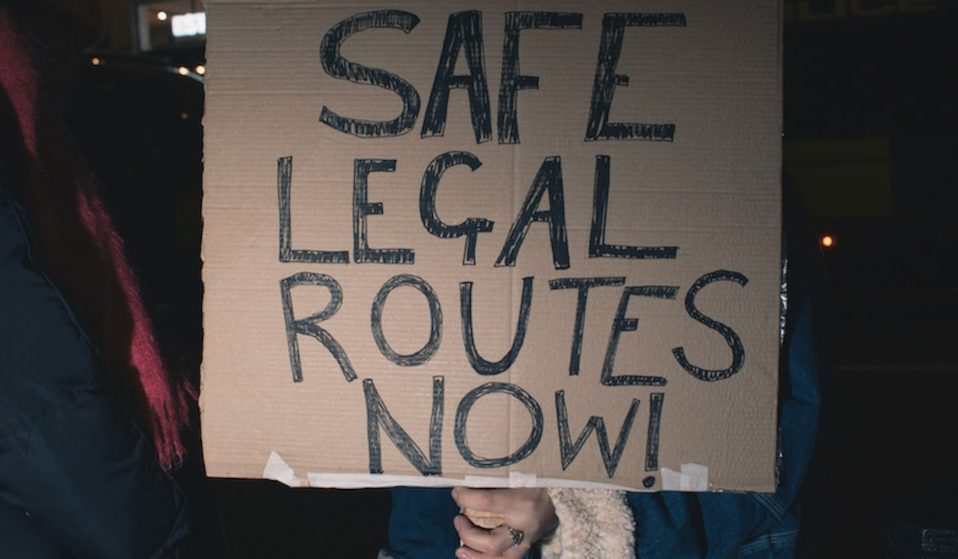 The situation in Afghanistan remains dire, with many groups facing persecution at the hands of the Taliban.

The situation in Afghanistan remains dire, with many groups facing persecution at the hands of the Taliban.

On 15 August 2021, Kabul fell. The capture of Afghanistan’s capital by the Taliban was the culmination of a military offensive that started in May 2021, the speed of which caught the western-backed government by surprise. Scenes of horror at the city’s airport, with American and British jets taking off as desperate people clung to wheels, were broadcast across the world.

At the time, an Afghani student spoke anonymously to Huck from the airport as gunshots rang out in the background. On the collapse of the government and the chaos that ensued, he said, “They [the US, UK and their allies] are just evacuating their people and saying they will evacuate people who have worked with them…It seems like the world is abandoning us. It seems like they don’t care what is happening now. They say they will accept refugees but we don’t know what will happen with the government – who is going to get to power? Who is going to rule?”

The UK government gave assurances that they would provide routes for people to escape, setting up a resettlement scheme in the shape of the Afghan Relocation and Assistance Policy (ARAP). In the 9 months since then, the world has changed immeasurably. President Vladimir Putin’s invasion of Ukraine has dramatically reshaped politics in Europe, with 12 million people forced to flee their homes in Ukraine so far. The UK government has consistently congratulated itself for its action on those fleeing Ukraine, but in reality, tens of thousands were left stranded. The situation in Afghanistan remains dire, with many groups facing persecution at the hands of the Taliban.

Ahmad* is one of those under threat. Having previously worked for a UK based climate organisation, he is currently hiding in Kabul. “The situation right now is not very well,” he says. “It’s not what is proper for living in a country,  especially for human rights activists, women’s rights activists, environmentalists, and climate change activists in Afghanistan. Most of us are living with lots of fears”

Before the collapse of the western-backed government, Ahmad worked on an assignment with the UK government that was funded directly by The Foreign, Commonwealth & Development Office and implemented by a British company in Afghanistan. “ During that time  we were very much in the public eye, due to engagement with Afghan women in order to encourage them to raise their voice, and take part in climate change or programmes in Afghanistan.” Of his role, he says: “We engaged with  journalists in order to train them on how to report on climate change in Afghanistan, as well as meeting with high-ranking ex-government officials in order to integrate gender and climate change into the national policies, strategies and action plans. This caused us to receive several threats to our lives, even during our assignment. Since the country was taken over our lives are under imminent threat.”

In a letter to the Minister for Refugees in April of this year signed by a wide range of civil society groups, migrant rights organisation JCWI set out the reality on the ground for Afghani activists. It read:

“Environmental activists in Afghanistan are under grave threat. Since the takeover of the country by Taliban forces in August 2021, activists and human rights defenders across Afghanistan have gone into hiding in fear for their lives after facing threats. Tragically, some of their worst fears have been realised, with reports of targeted assassinations of activists. The UN has documented the killings of at least 8 civil society activists since the Taliban takeover, and beatings and threats targeting many more.”

A few days before the Taliban took Kabul last year, Ahmad received a call from one of his colleagues alerting him to the danger he faced. “ They told us that a list of all staff who are in the project working  for the British government had been passed to the Taliban. Our colleague  was saying ‘ Please keep yourself in hiding and please remain in hiding as much as possible’. That really shocked all of us and it caused me to remain in hiding to this day.”

His company immediately attempted to secure evacuation for Ahmad and his colleagues, but to no avail. “They have sent lots of correspondence to the UK government to explain that we are at a high level of risk in Afghanistan. They’ve asked them to please consider us for the evacuation process, and to get us out of Afghanistan as quickly as possible. Unfortunately no one has responded.” Ahmad applied for assistance through the ARAP scheme in August 2021 and despite concerted efforts from his company to contact numerous members of Parliament to help, he is yet to receive a concrete response. “We have now been have been waiting for our eligibility since August 2021,” he says.

In the time since the Taliban took over, the legislative landscape has changed markedly in the UK. The passage of the Nationality and Borders Bill and the signing of a new immigration partnership with Rwanda has created a two tier system for those attempting to make it to the UK to claim asylum. Those making the journey through so-called “illegal” routes, such as the channel crossings, are now liable to detrimental treatment under the law, including being ‘resettled’ in Rwanda. It has created a huge strain on the few remaining “legal” routes into the country.

“I would love to come to the UK through a legal route and to rebuild my life,” Ahmad says. “I wish that the UK government could make it possible. If there are no safe or legal routes, then it will make people take risks even to their lives to try the illegal or unsafe route routes in order to get to the UK.”

“I would like to ask the British government to create safe routes for the people such as me and my colleagues, or climate change activists or environmentalists to safely come to the UK, to rejoin their friends, network, and rebuild their life, and also restart their activities. Thank you very much.”

Ahmad and his colleagues remain in hiding in Kabul. Earlier this week speaking to a migrants rights charity attempting to secure his relocation from Afghanistan he said the situation in the country was getting worse day by day, pointing to the torture of those who have worked with the ex-government or the international community by the Taliban.

With permission the Home Office was passed details of Ahmad’s case and asked for comment. They had chosen not to do so at the time of publishing.

Linkedin
RELATED ARTICLES
OTHER ARTICLES
Rogue landlords are exploiting young and inexperienced renters and leaving them in mental and financial turmoil, reports Niall Hignett.
A group of young Palestinians have found temporary freedom in the act of parkour, reimagining wreckage and ruins as a series of high-octane playgrounds.
Ahead of the release of their first collaborative album, the producer and rapper talk psychedelics and the state of UK hip hop.
Birdy Chu reflects on documenting the historic moment in which the territory was formally passed back from the UK to China.
With skyrocketing rents, packed out viewings, bidding wars and more, renting in London has never been harder.
As the Scottish government announces a rent freeze, an activist with Living Rent who fought and won shares how they did it, and what must come next.