Art & Culture / An empathetic portrait of the refugee crisis in Samos 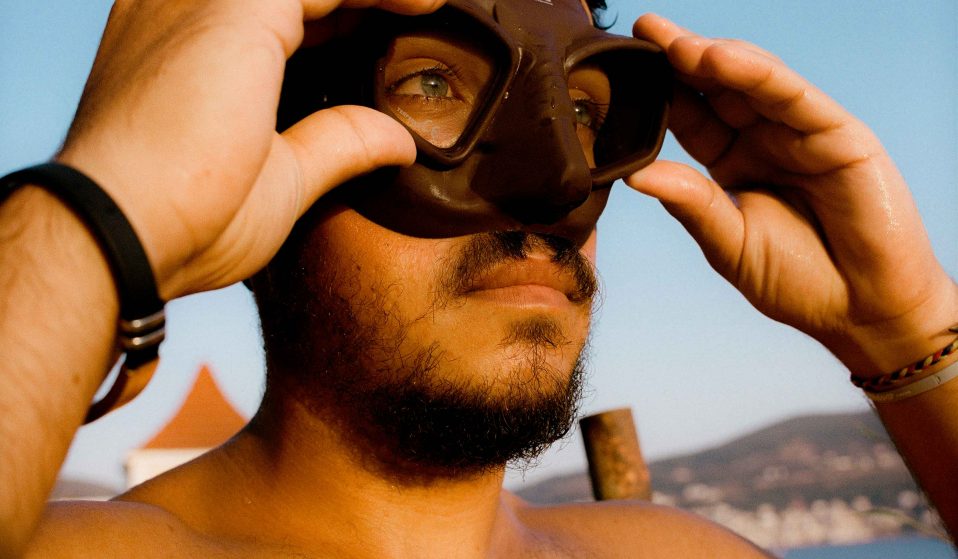 Jermain Cikic reflects on his experience of visiting the island of Samos, Greece, in the summer of 2021.

Jermain Cikic reflects on his experience of visiting the island of Samos, Greece, in the summer of 2021, where he met with people forced to flee their home country.

Could you try to imagine a world without borders, a global space where people can freely move from one country to another, to settle down, live and work wherever they wished? With all the strict controls that states currently execute at their frontiers, this idea sounds like a utopia.

A major factor in why people flee their country is because of war, conflict or government persecution. Everyone should have the opportunity to freely travel between borders. Over the past years, many borders have been  transformed into militarised security spaces through increased funding, deployments of additional border guards, and the construction of walls and surveillance infrastructure. International migration is one of the major moral and political challenges of our time. 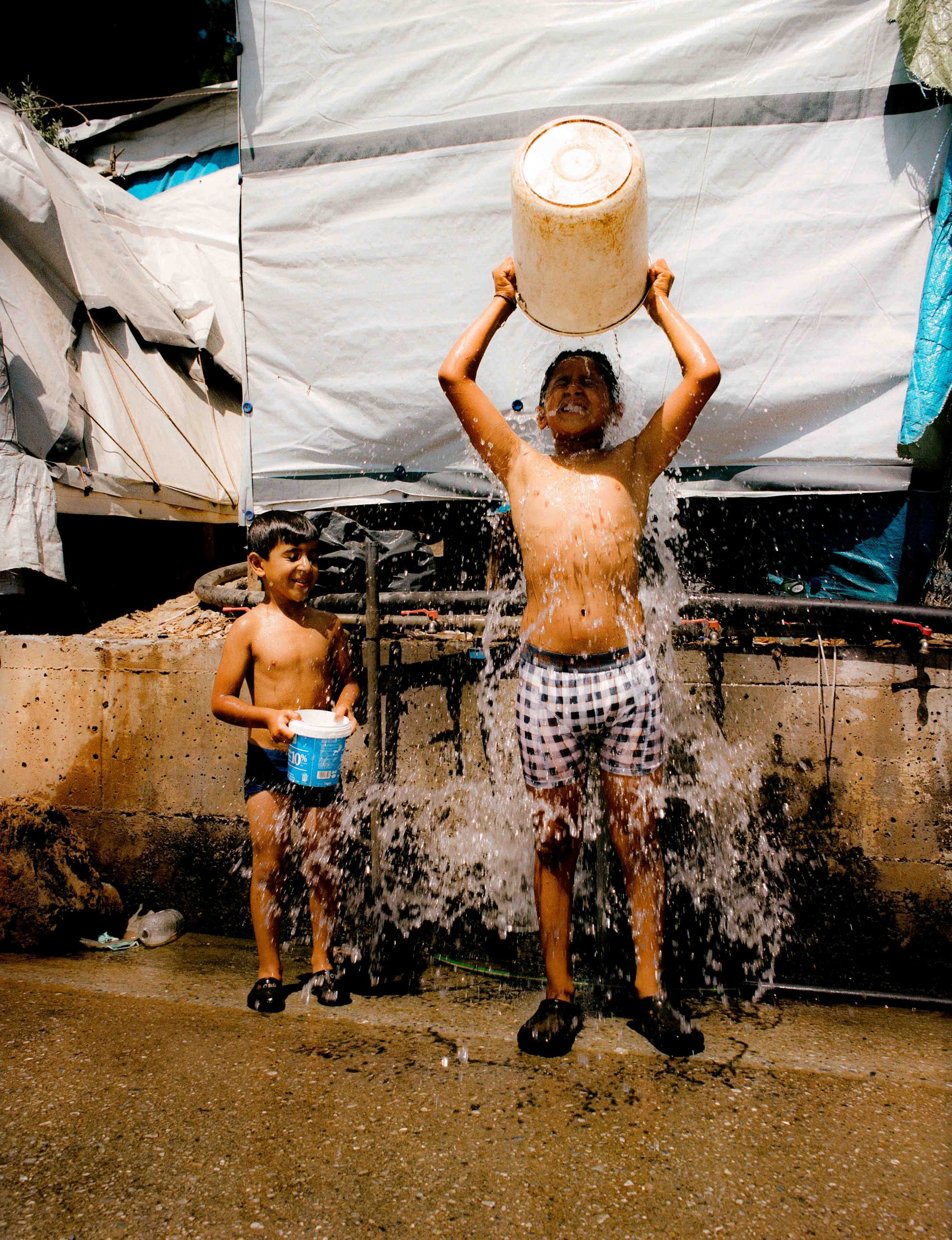 A fundamental human right is the freedom of movement. This is a human right that can’t be restricted by a racist or nationalist government. They are just mechanisms for some groups of people to claim land or protect territory. They are used to exclude others.

The violence of borders today is emblematic of a broader system that seeks to preserve privilege and opportunity for some by restricting access to resources and movement from others.  The arrivals of migrants to Greece, either by sea or by land, have slowed down since 2016. The restrictive border policies of the EU and the increasing border externalisation make it even harder for refugees to arrive in Europe, where they believe there is a future for them. A safe space. The situation on the islands has changed considerably in the last year due to Covid-19 restrictions and transfers to the mainland. There has also been a drop in arrivals as a result of illegal push-backs by the Greek government and Frontex. 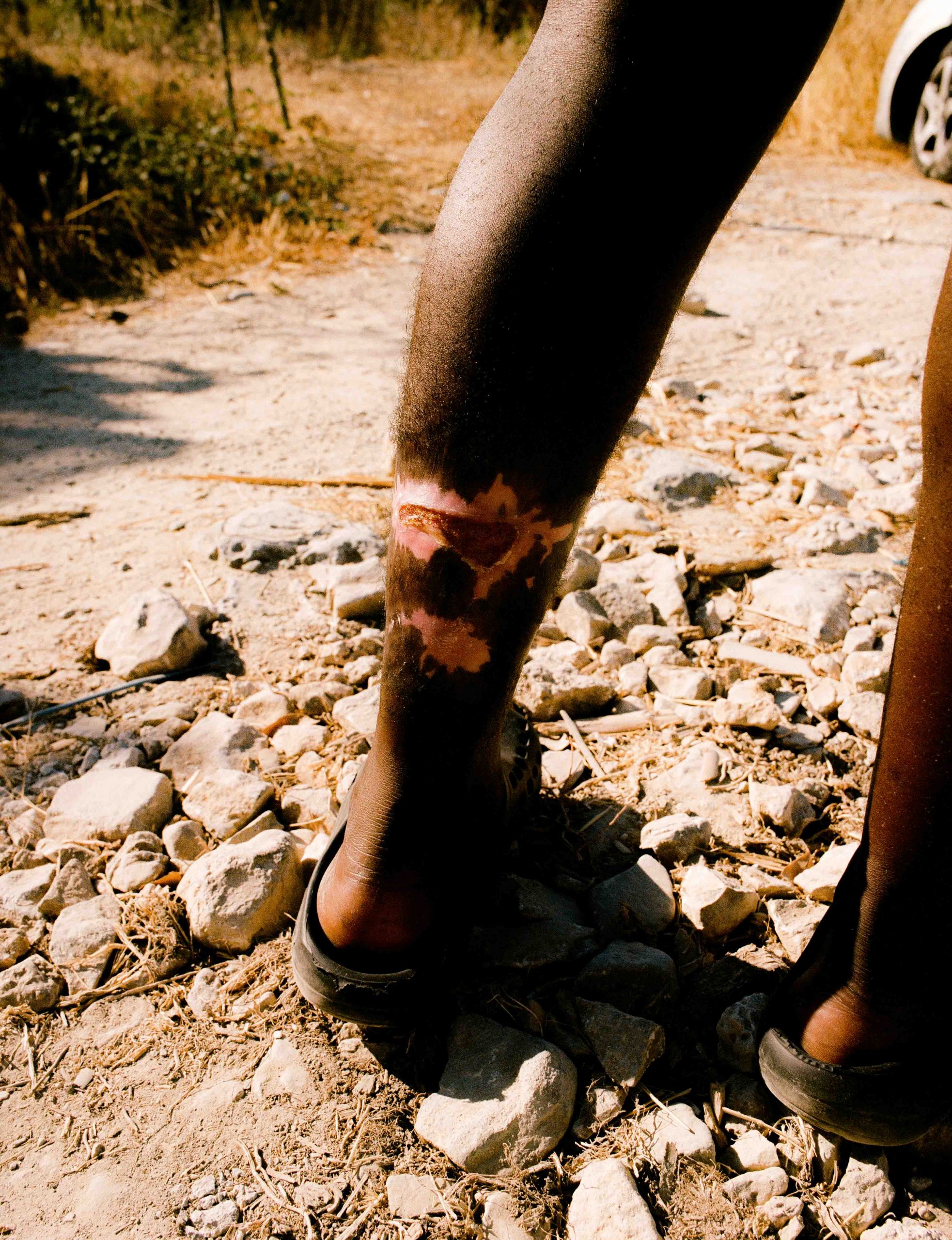 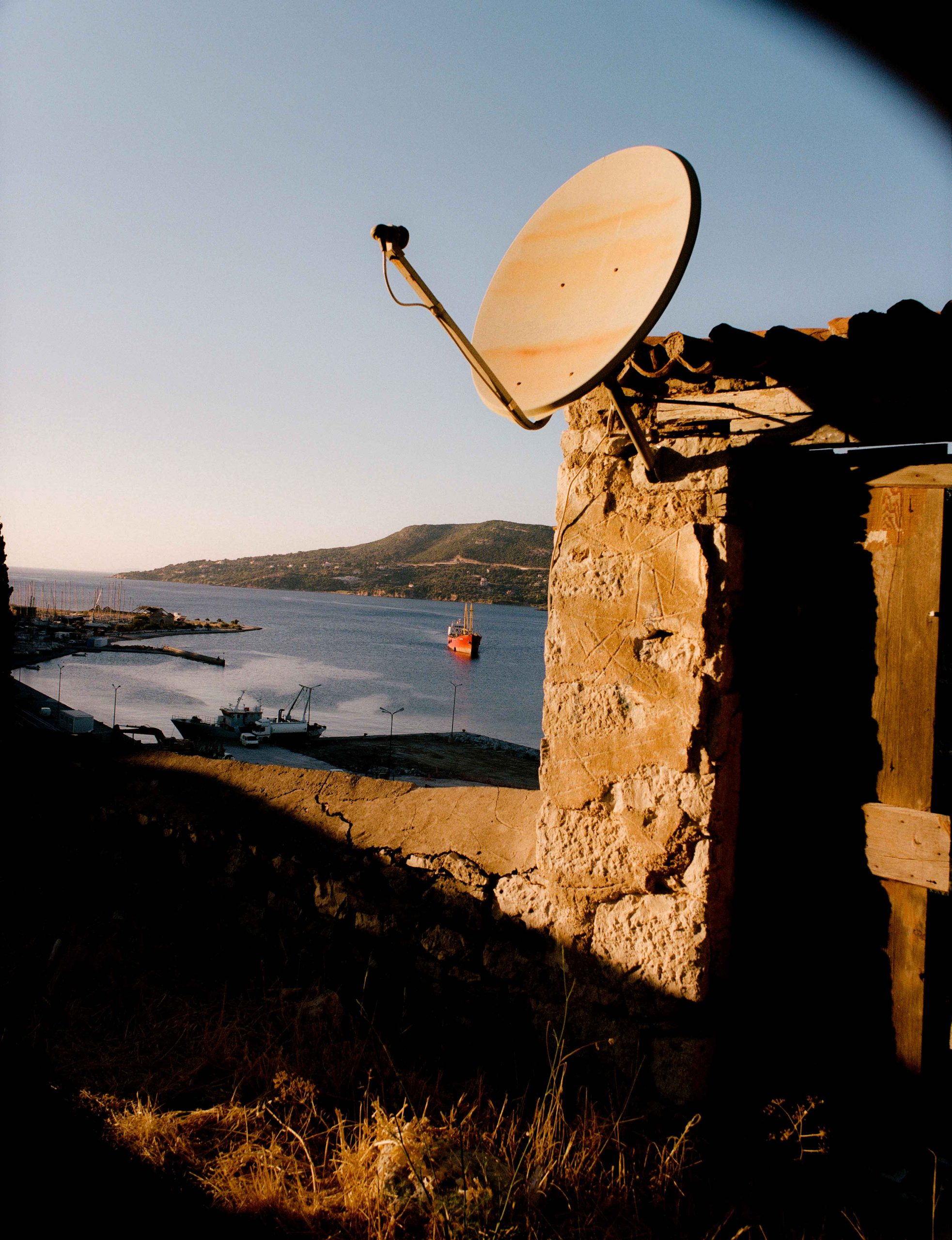 Samos is one of these hotspots islands, located 1.7 kilometres from the Turkish coast. It is a beautiful island from the outside, but dig a little deeper, and the harsh reality becomes apparent. Because of the lack of alternative accommodation choices on the island, many people remained for long periods (for several months and even years) inside the camp and in the wider area around it.

The European Union gave Greece funding to build five new refugee camps on the Aegean Islands. With the building of the new camps, the  governments tries to present a solution to the humanitarian crisis in the Aegean. The camp in Samos was the first one to be built and has been officially open since 20 September 2021. 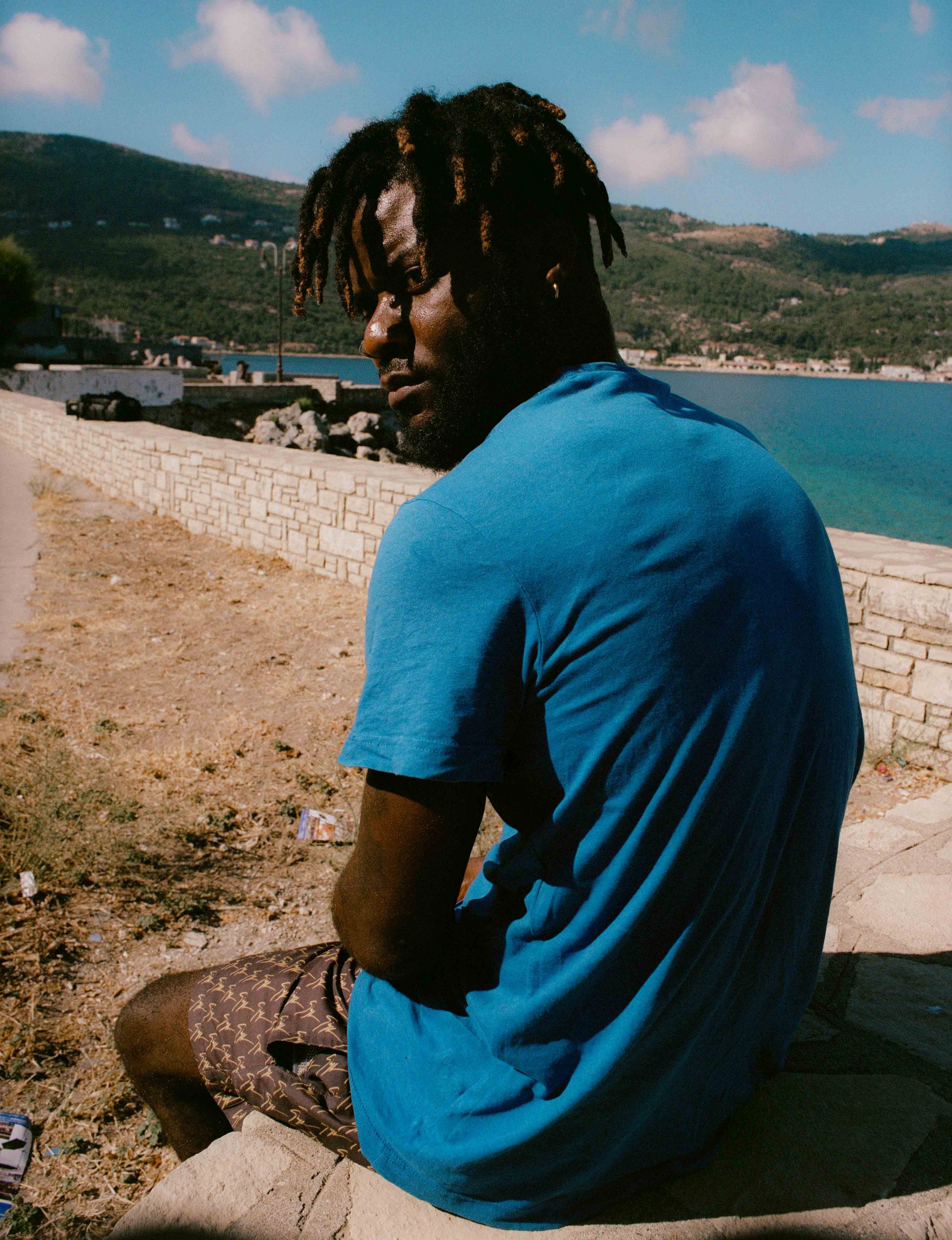 Instead of abandoning camps and embracing alternatives, the EU and Greek government are merely shifting the problem from one place to the other. They don’t provide help to the refugees to integrate into society, but to put them in other camps where they have to live in very poor, prison-like living conditions.

While the new camps are being built, there are still  converging problems that make refugee housing even more complex. Before the pandemic, asylum seekers were relatively free to move in and out of the camps. There was access to essential services and the opportunity to move out of the terrible living conditions in the camps. The design of the new camps and the new location will unfortunately limit access to the outside and restrict access to essential services. On Samos, the closest village is Mytilene, which is around five kilometres away from the new camp. The perimeter and interior of the centre of Mytilene will be under camera surveillance with motion analysis algorithms monitoring the behaviour and movement of the refugees.

This does not stop people from taking the risk of reaching a safe habitat. Men, women, and children, families or individuals, sail off on often overfilled plastic dinghies, frequently after being obliged to give in to money extortion. It is vital that we understand, as Warsan Shire, a Somali-British writer and poet, once wrote: “that no one puts their children in a boat unless the water is safer than the land”. 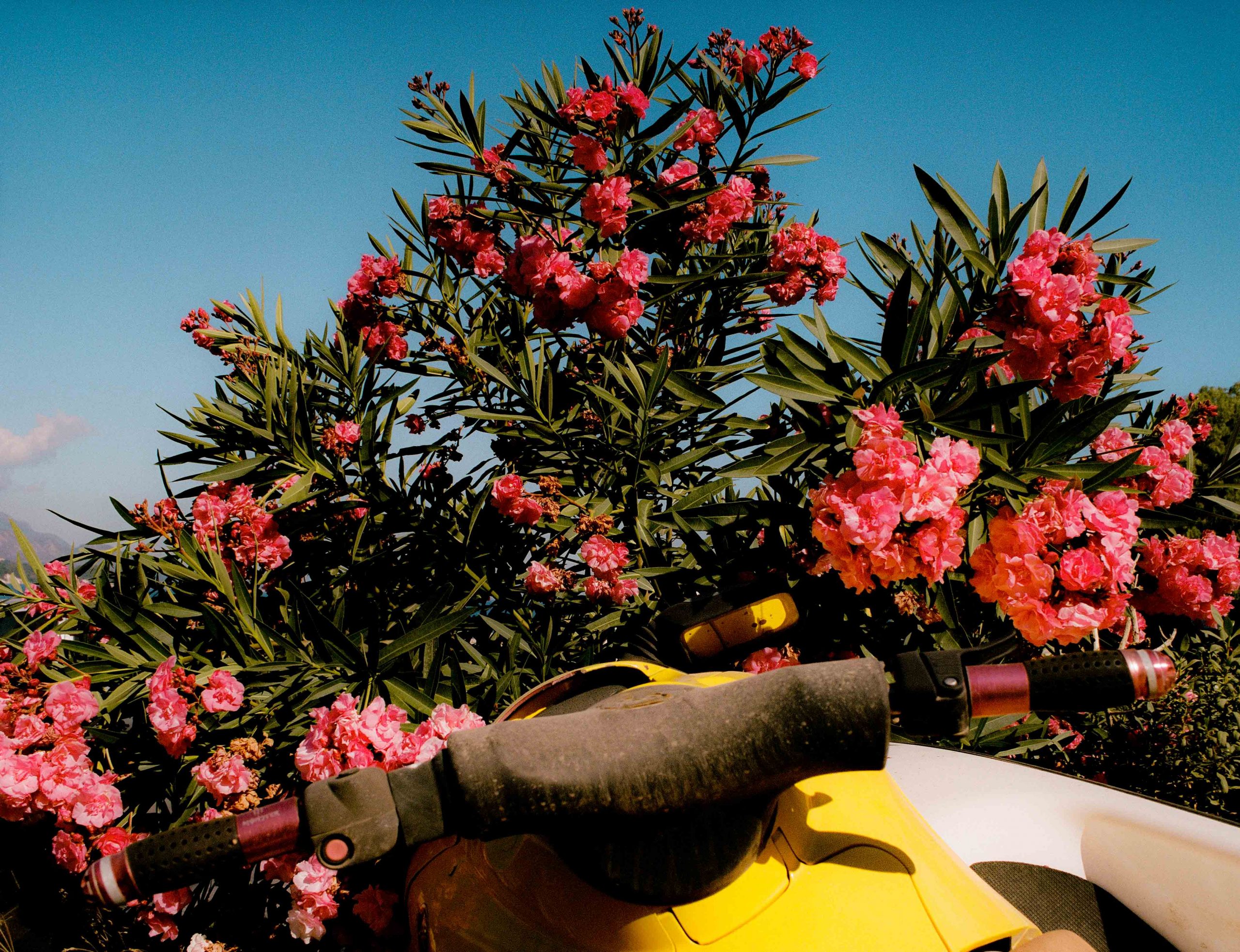 Linkedin
RELATED ARTICLES
OTHER ARTICLES
Thousands attended the annual event this year to wheelie through the city and call for ‘knives down, bikes up’.
A 37-year-old woman shares how her abortion led her to become a clinic worker, and the abuse she’s received in that role.
With skyrocketing rents, packed out viewings, bidding wars and more, renting in London has never been harder.
A group of young Palestinians have found temporary freedom in the act of parkour, reimagining wreckage and ruins as a series of high-octane playgrounds.
Sean Maung’s photos are a love letter to the Black and brown communities that make up New York.
The two-day long event returned to London this year, showcasing a spectacular parade, steel bands and Caribbean food.