Art & Culture / An evocative portrait of the UK’s deteriorating coastline 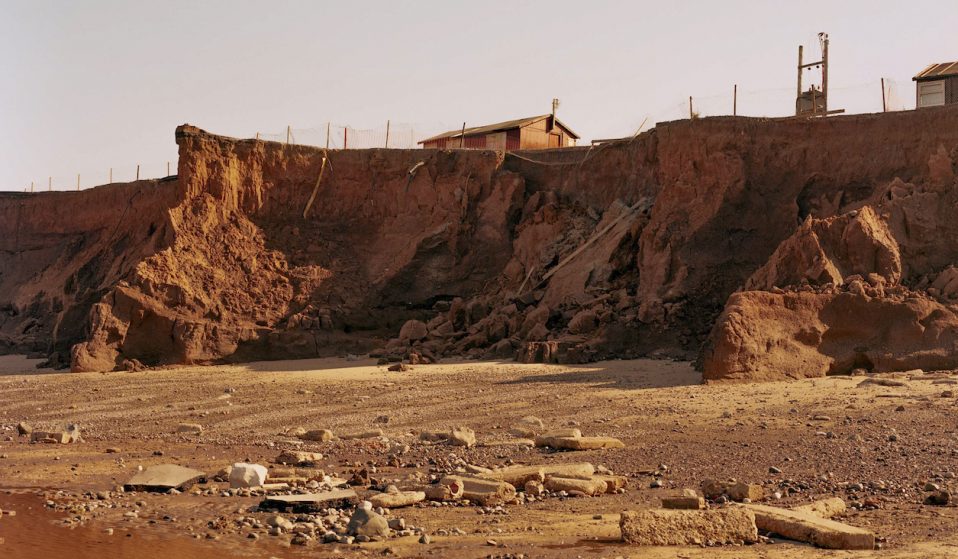 Max Miechowski reflects on documenting land that is being lost to the sea – and the people who live life on the edge.

Max Miechowski reflects on documenting land that has been reclaimed by or will soon be lost to the sea – and the people who live life on the edge.

In 2020, after coming out of the first pandemic lockdown, Max Miechowski drove from his London home up to the Skipsea area on the to the east coast of Yorkshire. Coming up to the edge of the cliff with his camera, he clambered over a fence marked with “NO TRESPASSING” when he saw a caravan perched not far from the edge.

Inside the caravan he saw a silhouette of a man, and as he got closer, the shadow rose and made a quick movement in the direction of the door. “I was like: ‘Oh my god,’” says Miechowski. “This is going to be intense.”

The man poked his head around the door and said: “Can I help you mate?”

“I’m just doing some pictures about cliffs,” he replied.

“Sound mate, do you want a cup of tea?” asked the man. 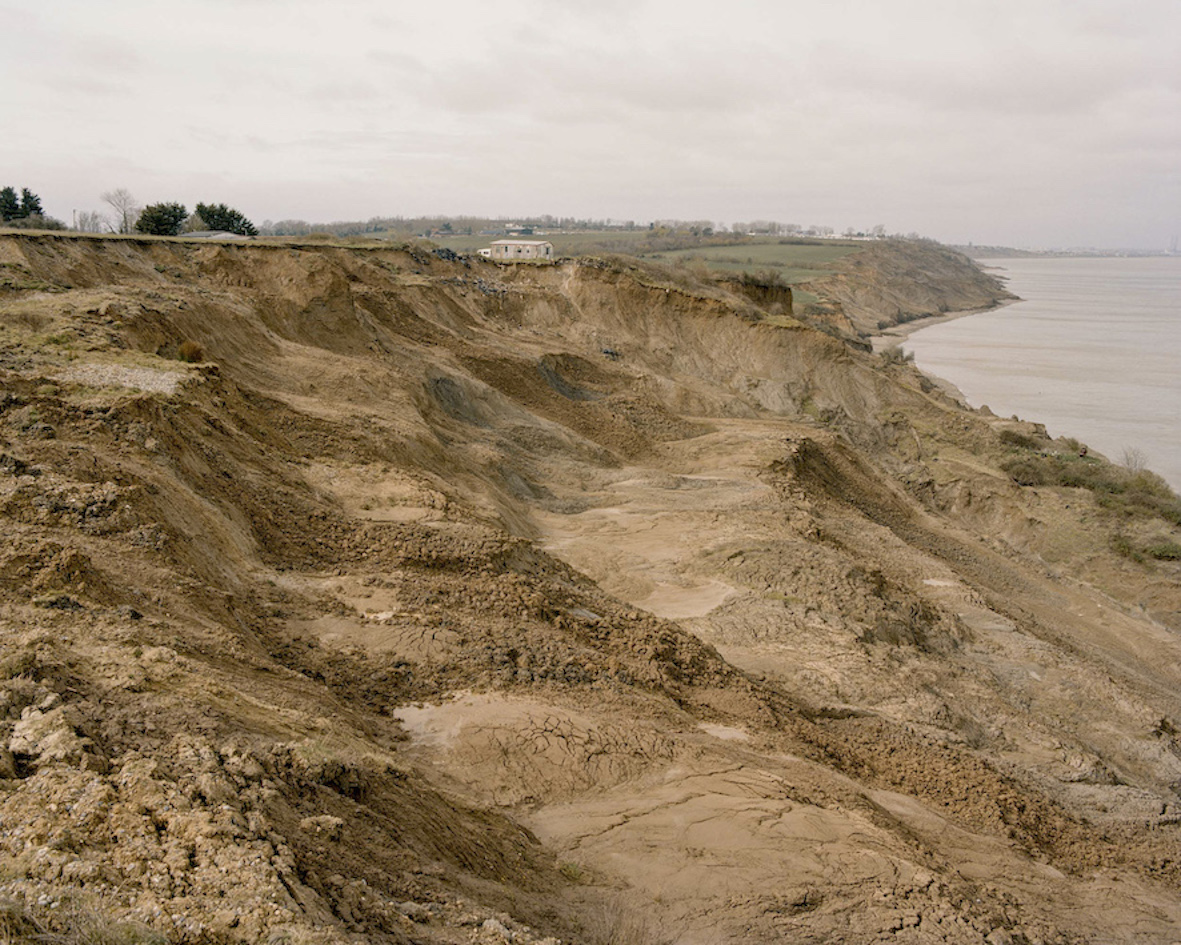 Miechowski said yes and entered the caravan, where he was greeted by a huge dog and a brew. While chatting and taking portraits of the man and his dog, he learnt that the man’s name was Dave, and that he had lived by that cliff for decades. In fact, Dave used to have a house on the cliff, but it had fallen into the sea not too long before they met.

“He was really warm and welcoming – it was kind of amazing,” Miechowski says. “It was really sad because a couple of weeks later his dog died, but I felt really grateful that I was able to make those pictures of him because he really loved that dog and it was a real companion to him – so I made a box of prints and sent them to him.”

Dave’s lost house was the reason Miechowski had taken the long journey up to the northeast coast. He’d started on the Isle of Sheppey in Kent, driving all the way up to Scotland to photograph the disintegration of the British east coast – the fastest eroding coastline in Europe. 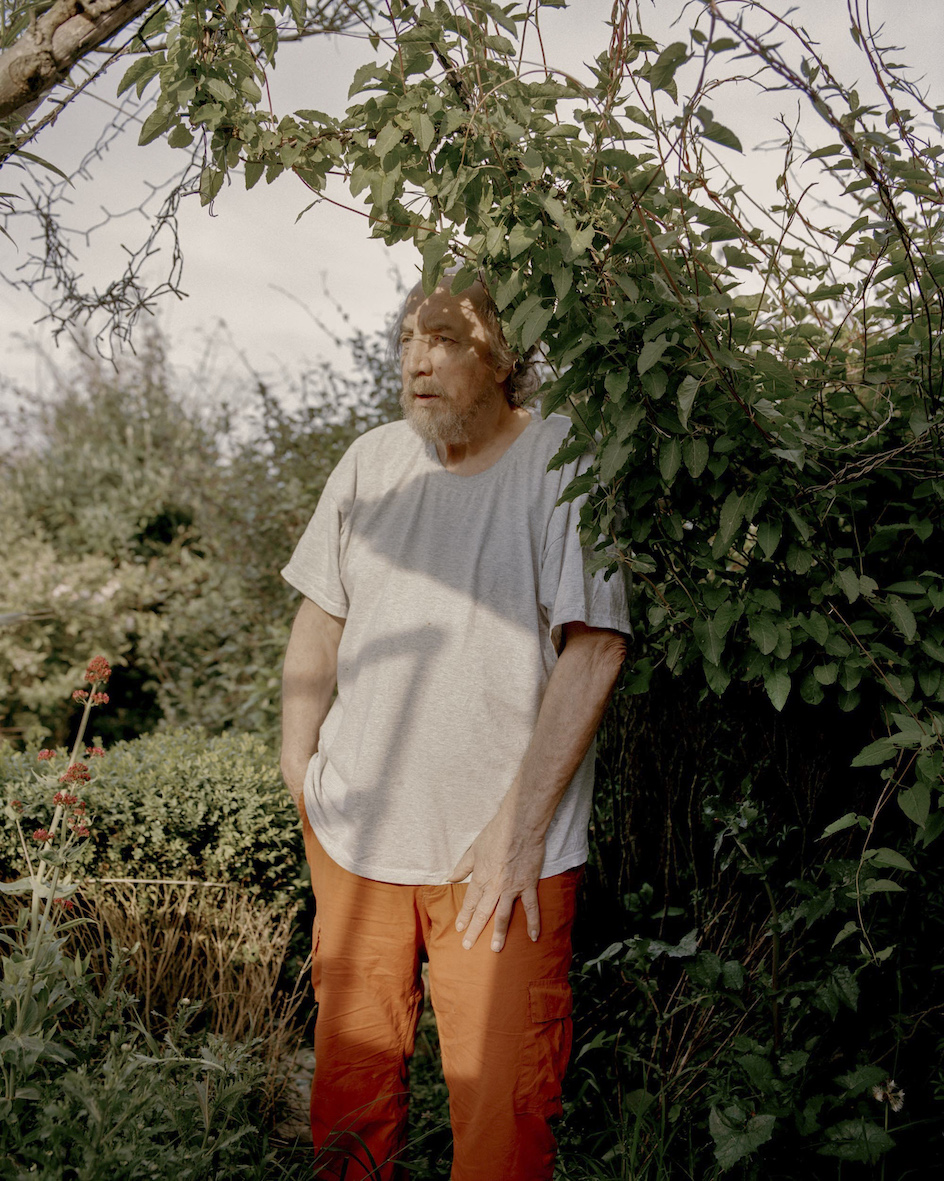 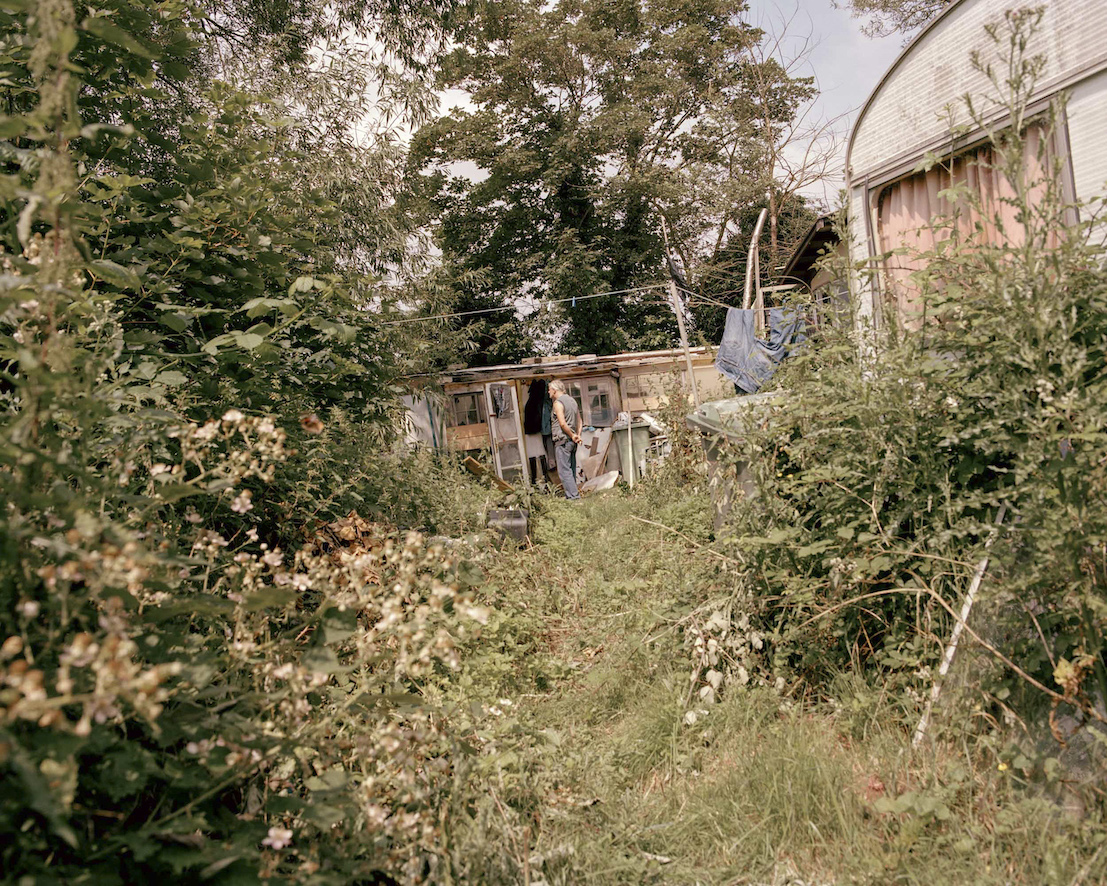 Now collated in his recent series Land Loss, his pictures capture the roads, homes and pockets of civilisation that have all been reclaimed by or will soon be lost to the sea – and the people who live life on the edge.

After becoming friends, one of Miechowski’s favourite photographs came when he was visiting Dave, who took Miechowski to an abandoned house right on the edge of falling into the sea. While being battered by wind and rain, the pair climbed in through a broken window and went into a room overlooking the water.

“And just on the windowsill was this butterfly that was just about to die, but it was still moving,” says Miechowski. “And he went straight over to it and picked it up and said: ‘There’s your picture.’”

For Miechowski, the butterfly perfectly encapsulates the temporality not only of life on the coast, but also life itself. All the way up the coast, Miechowski constantly found reminders of this impermanence. “It’s blatantly obvious when you’re in one of these places that is going to go,” he says. “Like there’s a road that goes nowhere.” 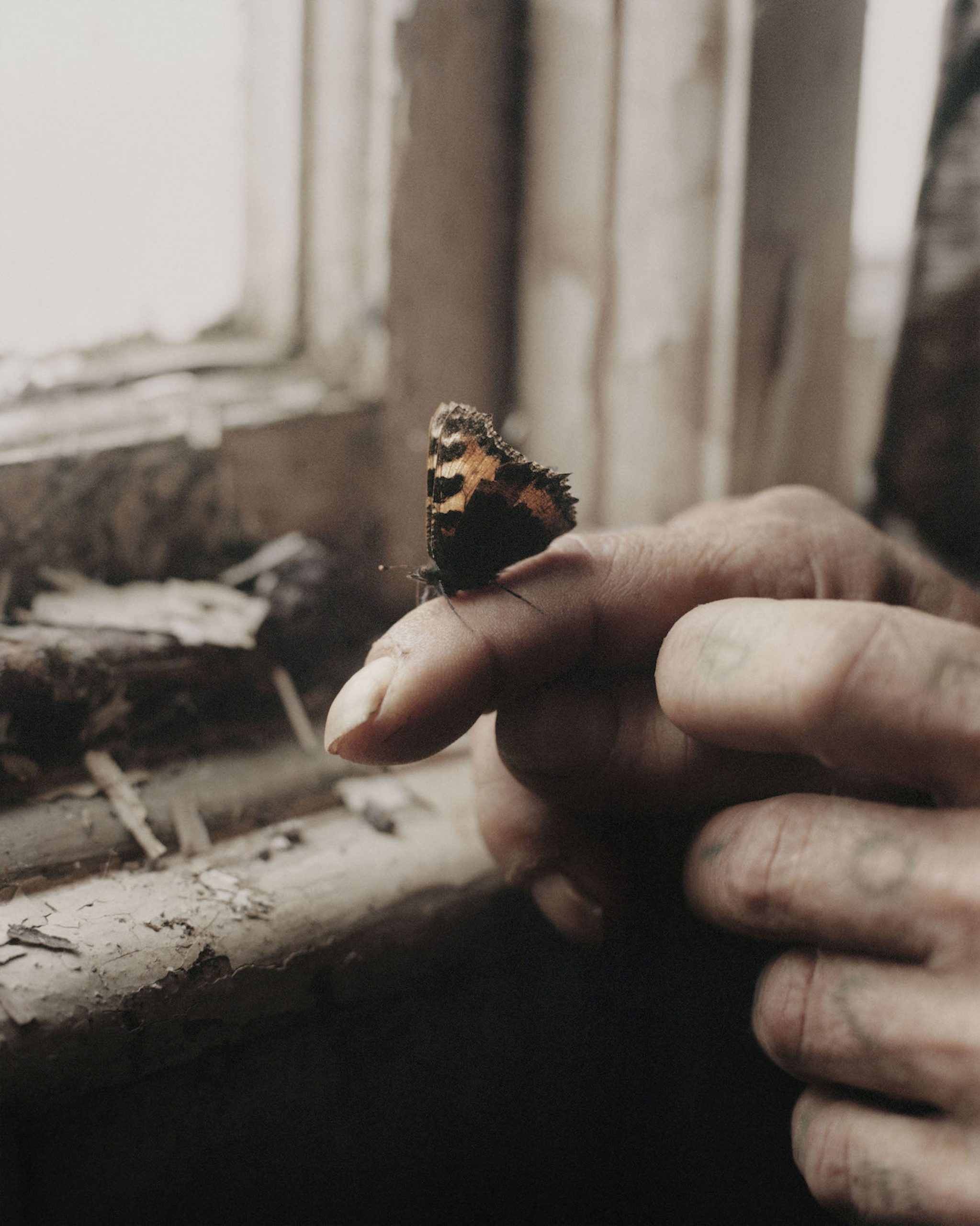 Miechowski’s time spent capturing Land Loss gave him a different perspective on nature, and humanity’s place within it. It gave him an up-close-and-personal view of civilisation literally crumbling and falling to nature – a process that will only speed up as sea levels continue to rise as a result of climate change.

“If you live in a big city, it works very hard to remove us from any of those natural processes,” he says. “We’re just seeing buildings going up all the time – it’s all about growth and expansion.

“Spending a lot of time on these cliffs that were falling apart [and realising] that nothing lasts for ever is both terrifying and liberating,” he says. “There’s this infinite beauty in the fact that everything is disappearing.” 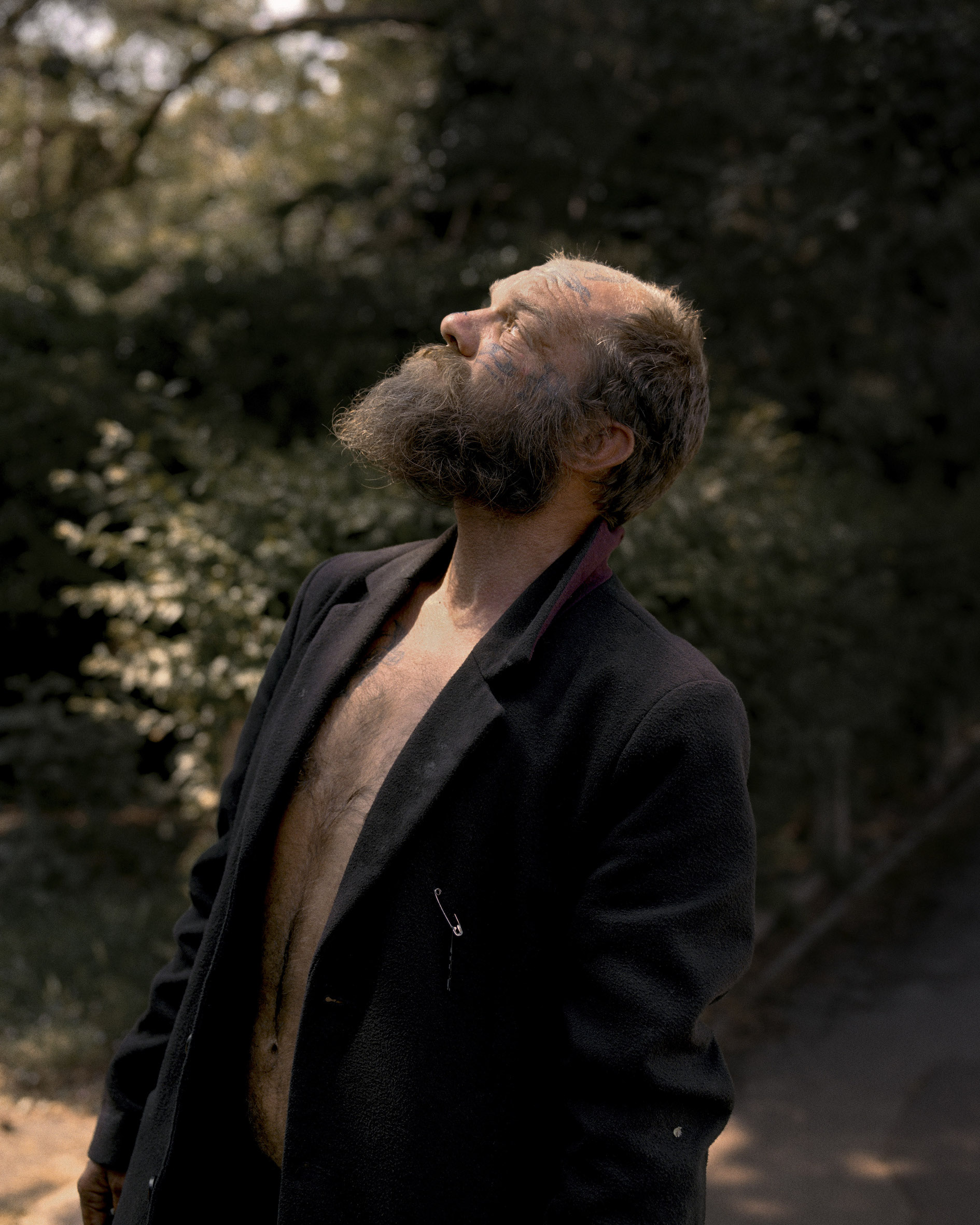 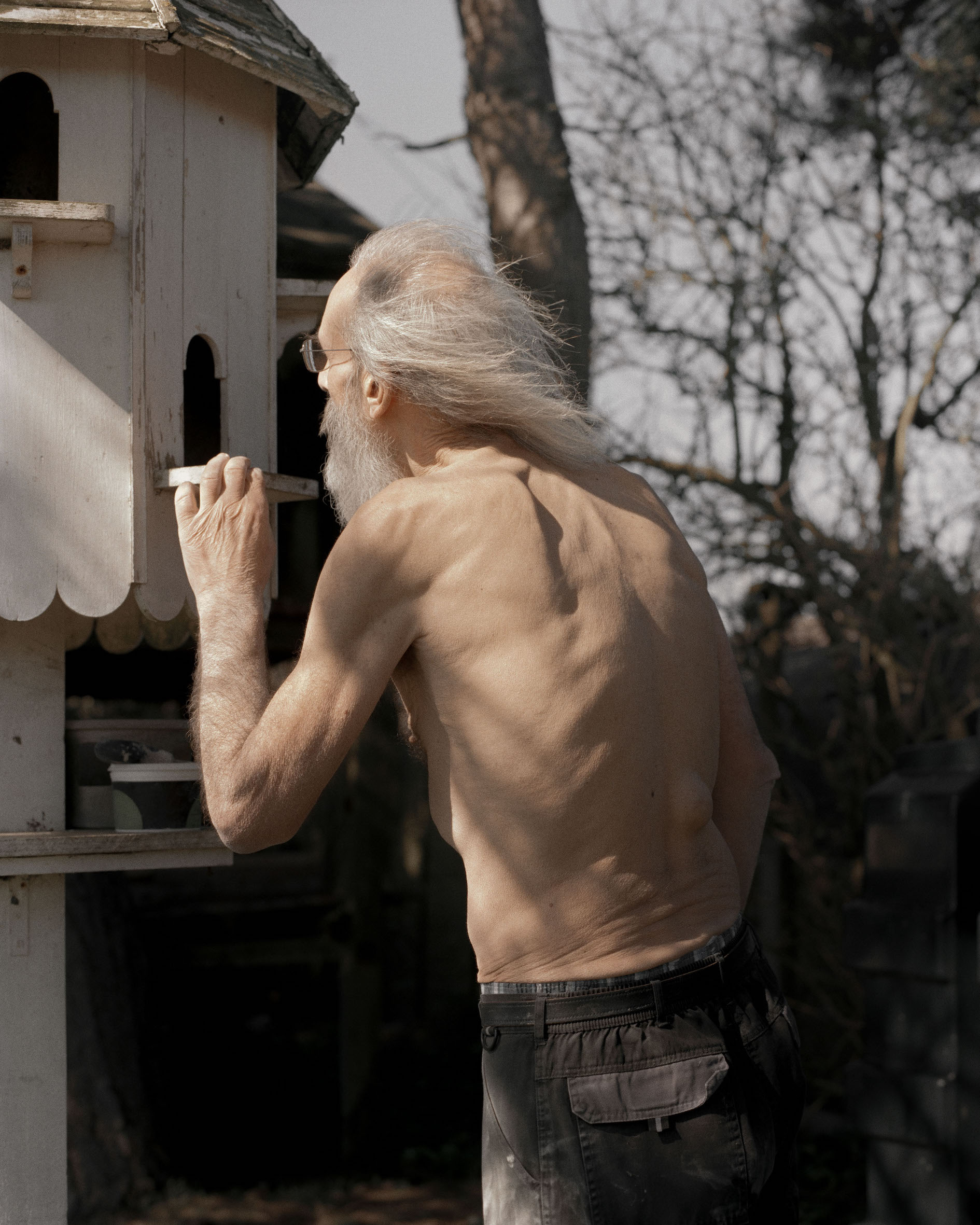 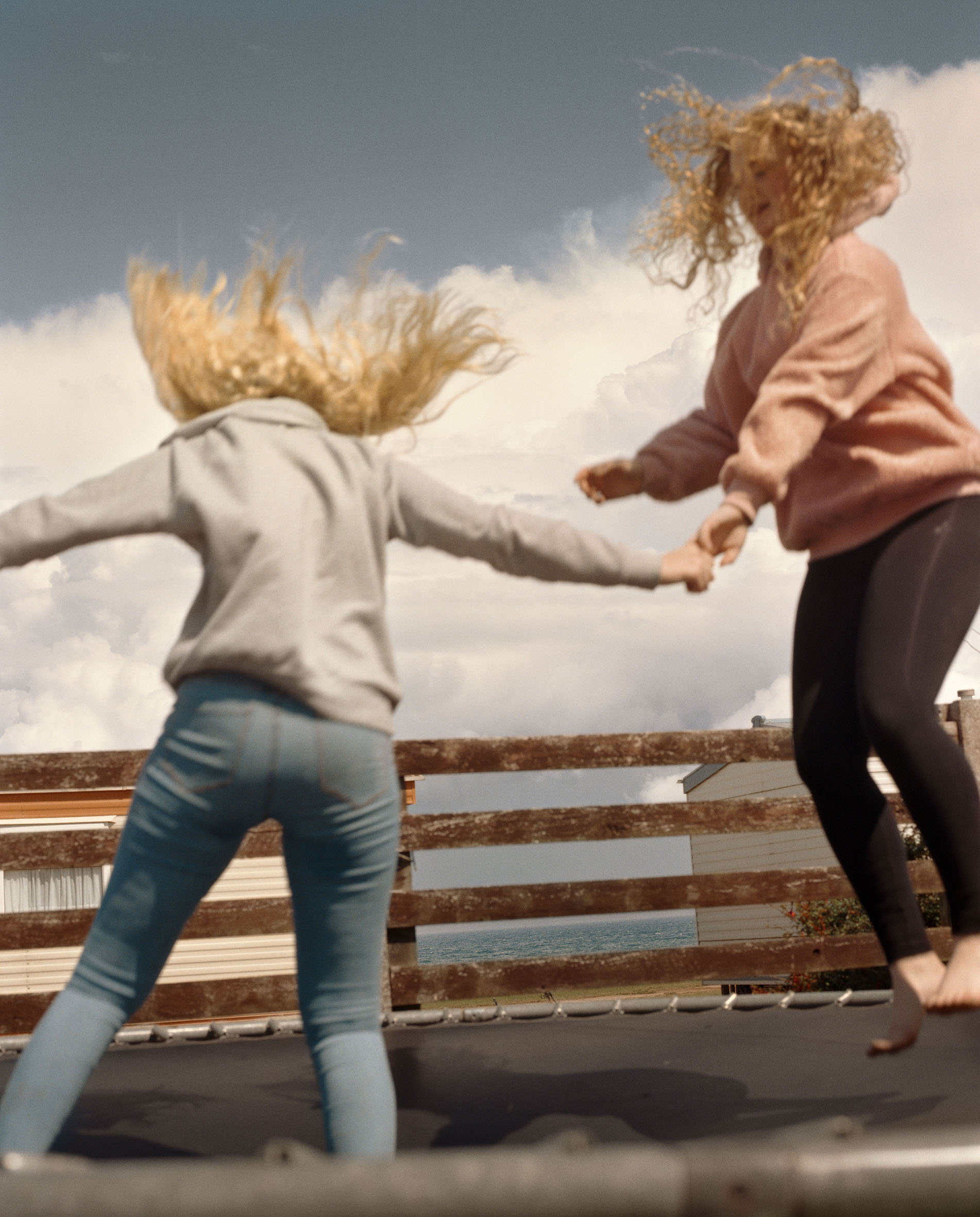 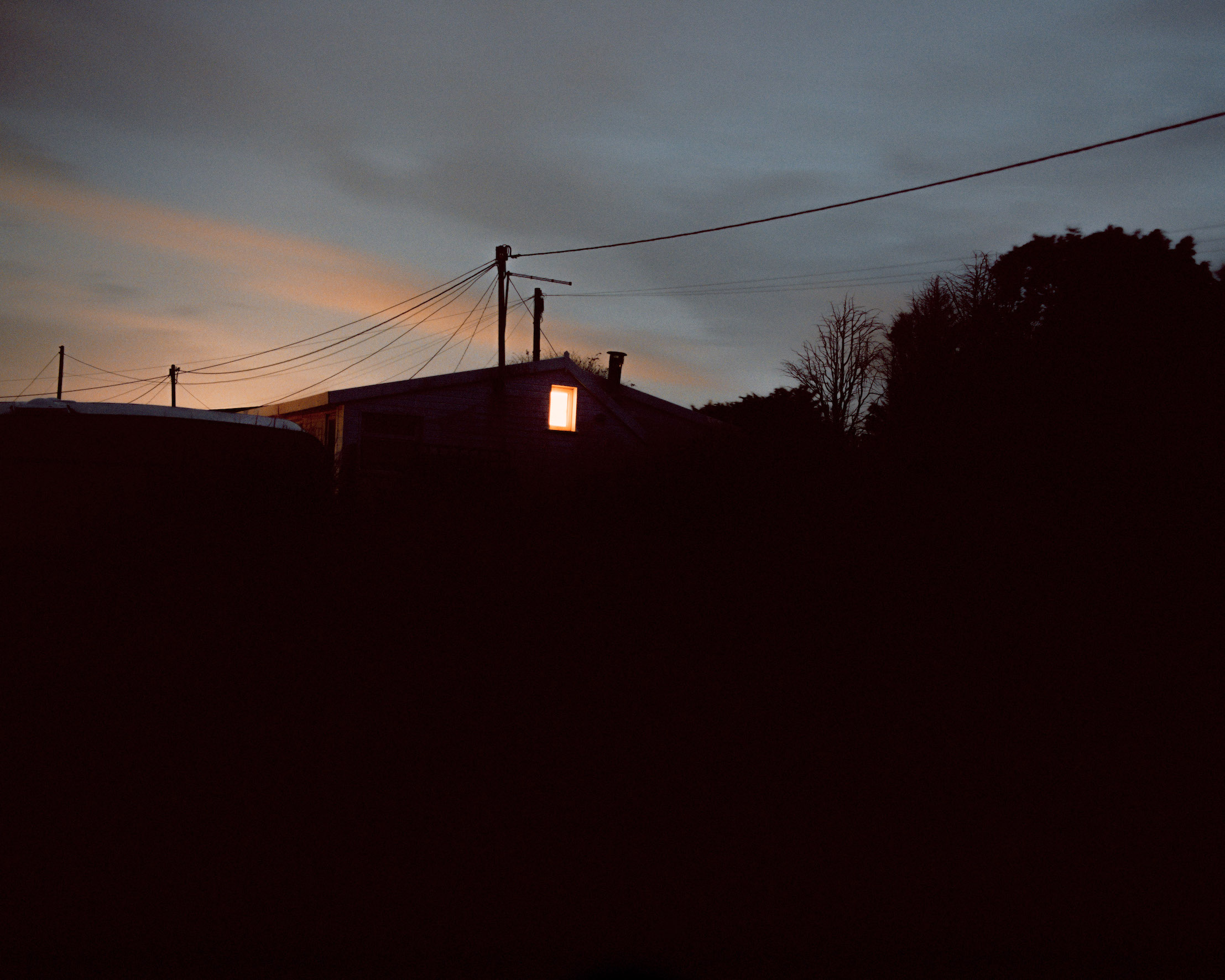 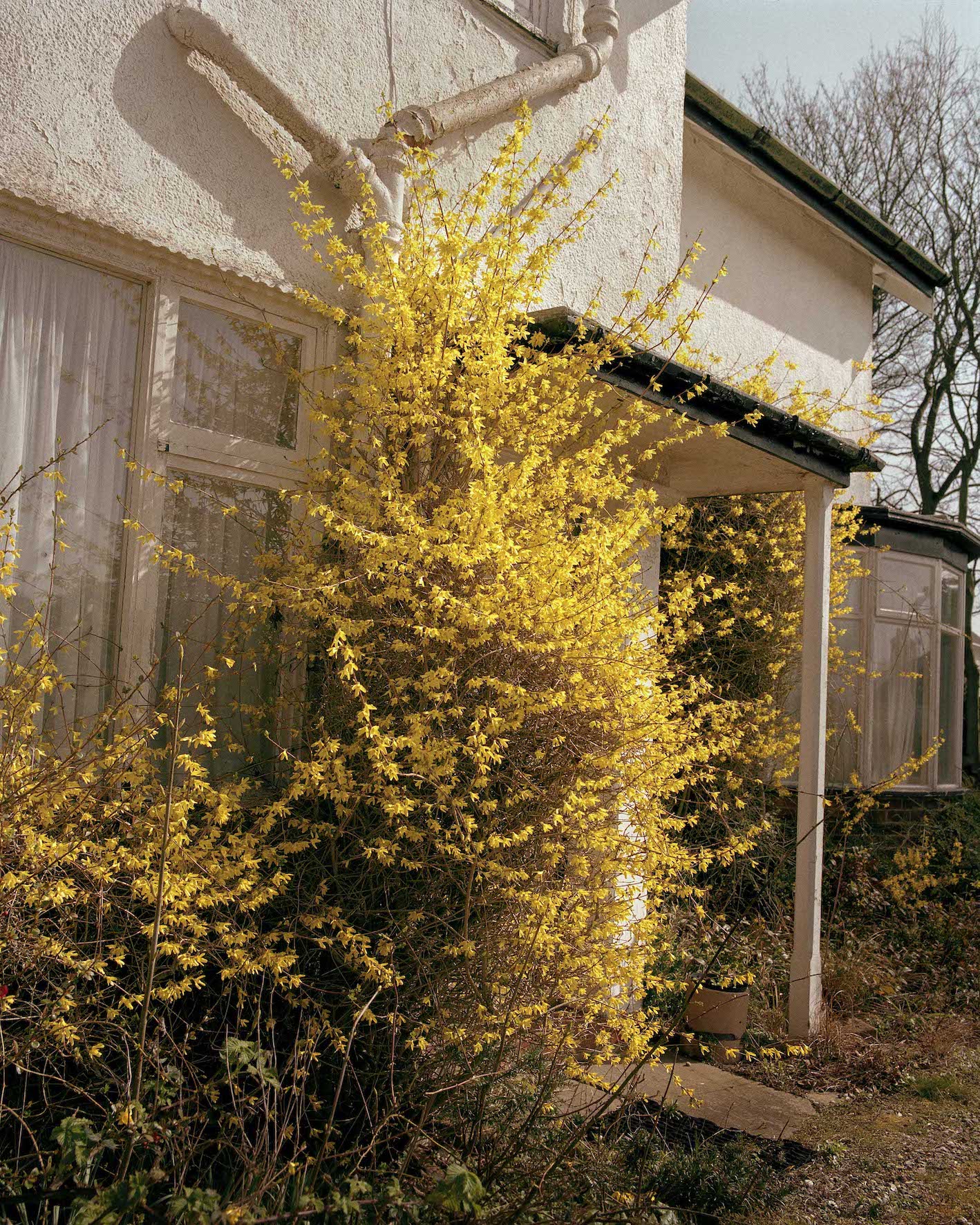 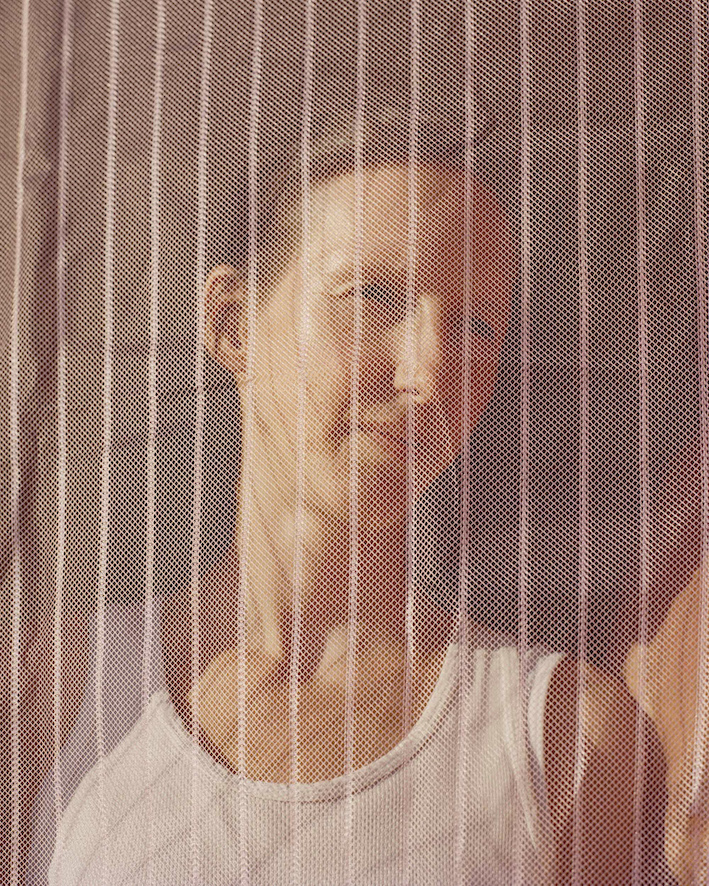 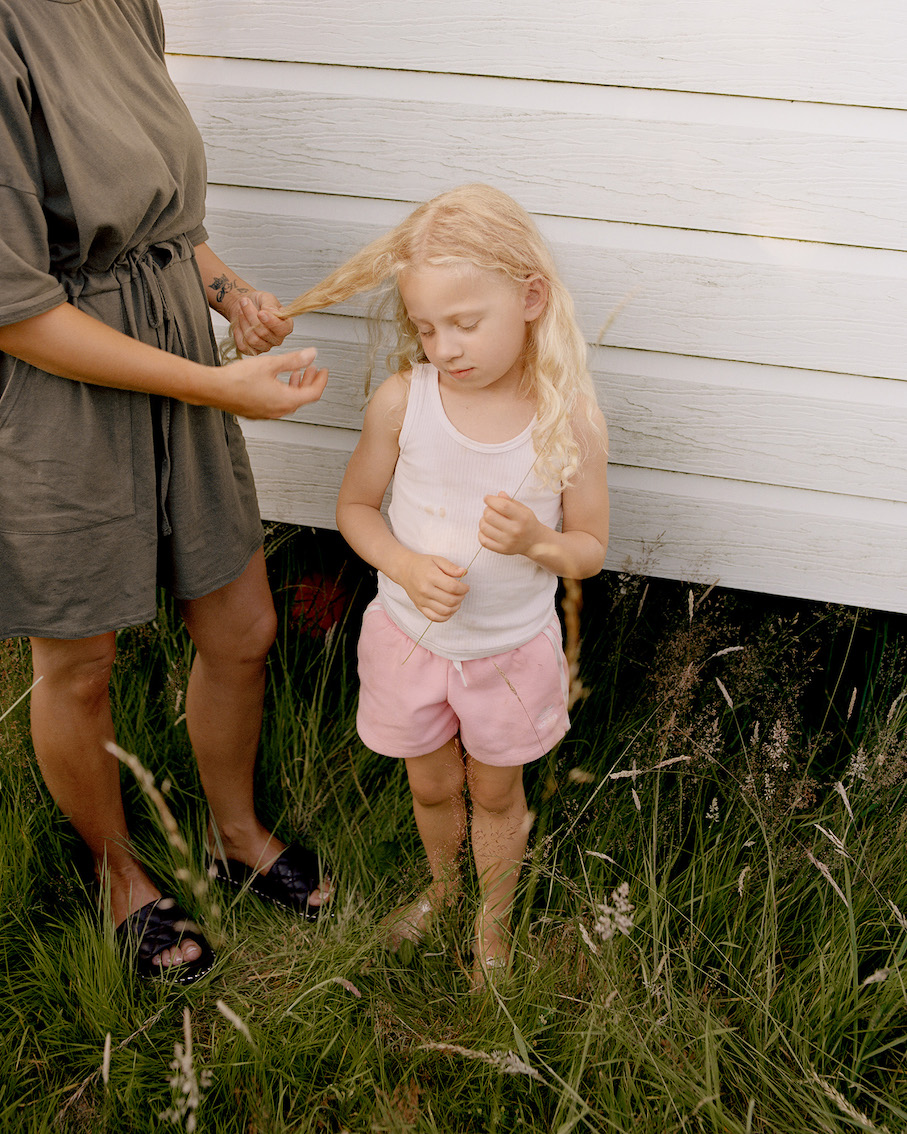 Linkedin
OTHER ARTICLES
Photographer Jeffrey Silverthorne always treated his subjects – often those living on the margins of society – with empathy and respect.
This afternoon, workers of the hospitality chain came together to call for better pay and working conditions.
We sat down with trans comic Jordan Gray to discuss the power of portraying complex characters, giving humanity the benefit of the doubt and getting naked on live TV.
Meg Handler’s photos capture diverse groups of New Yorkers coming together for the collective cause of civil rights.
Ireland’s national sports are modernising. At the forefront of this movement is Na Gaeil Aeracha, the country’s first ever queer GAA club.
Recent research is highlighting the drug’s enormous potential for treating substance abuse.