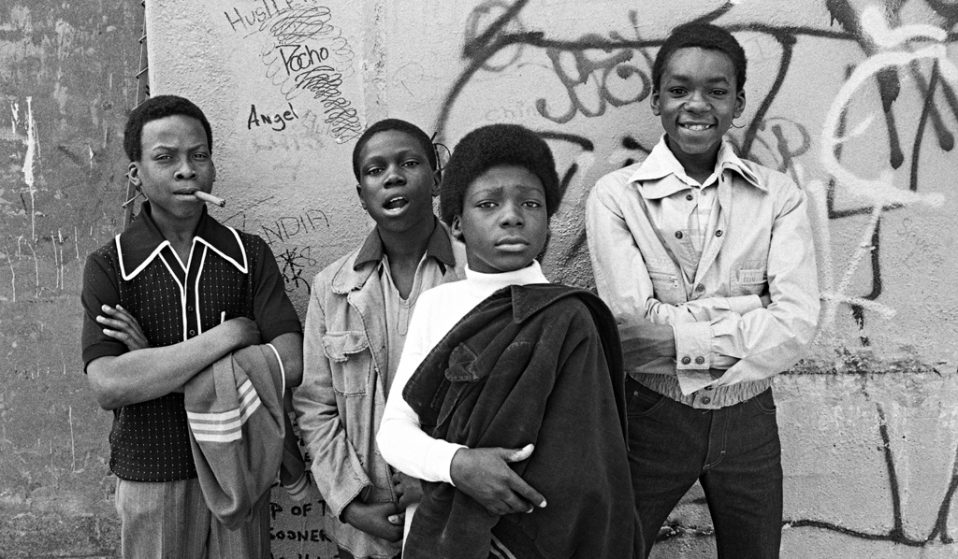 Photographer Larry Racioppo remembers shooting NYC in 1979, providing a revealing glimpse into how the interwoven communities have changed since then.

Photographer Larry Racioppo remembers shooting Myrtle Avenue and Clinton Hill in 1979, providing a revealing glimpse into how the interwoven communities have changed since then.

When the United States economy reaches its breaking point, it historically turns to socialist policy to right the damage capitalism has wrought. In December 1973, President Richard Nixon signed the Comprehensive Employment and Training Act (CETA) into federal law, enacting a nationwide service to train workers and provide them with jobs in public service.

In New York City, over 500 artists found work through the Cultural Council Foundation’s CETA Artists Project – the largest federal arts employment effort since the Works Progress Administration of 1933-42. Among the were photographers Meryl Meisler and Brooklyn native Larry Racioppo. On January 1, 1978, Racioppo started a job that paid him $10,000 a year – more than enough to live in New York City before it was gentrified. 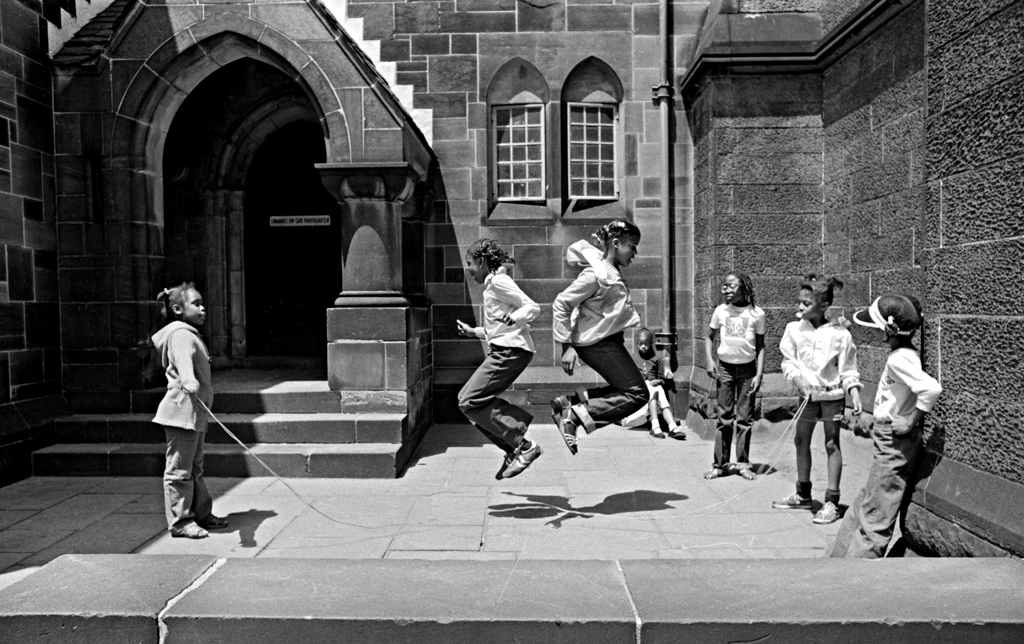 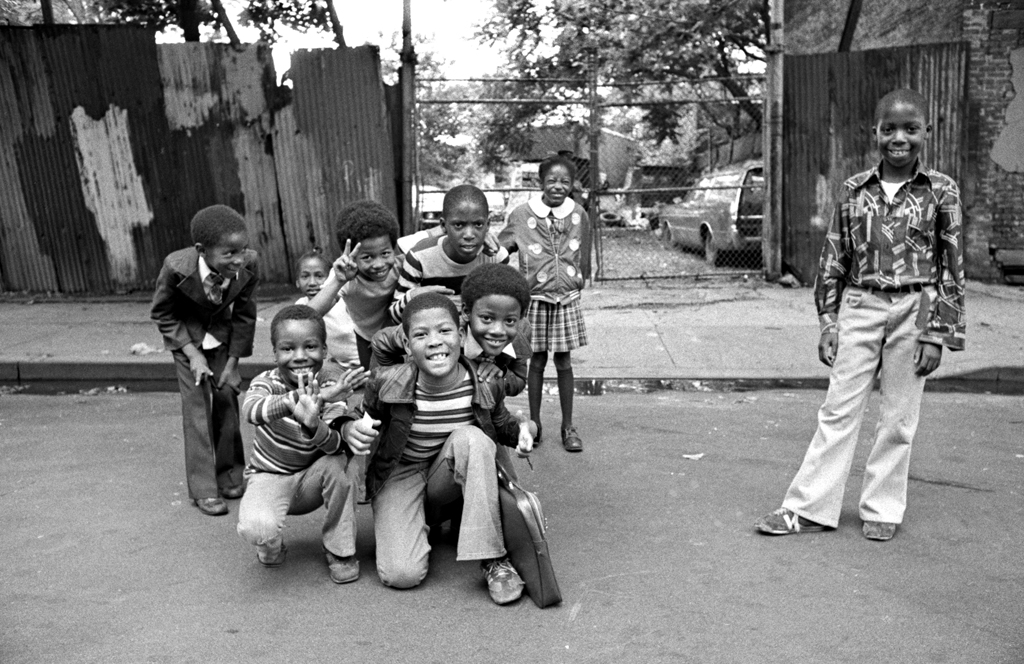 “Being chosen for the CETA program was a big break emotionally and financially. I had taught photography at an alternative high school the year before but did not return in the Fall of 1977. I was scraping by with a little freelance work but was considering renewing my NYC taxi license,” Racioppo says.

In April 1979, Racioppo and photographer Robert Gurbo began working with the Clinton Hill Restoration and Development Corporation (CHRDC), a local group responsible for revitalising the Pratt University-Fort Greene section of Brooklyn. The community had fallen into disrepair under Nixon’s 1969 policy of “benign neglect”; a decade later CHRDC hired local teens to clean the parks and help renovate a local brownstone, while Racioppo and Gurbo documented their work.

“The summer of 1979 was a time of bellbottom pants and loud shirts, of stickball and schoolyard basketball, the same games I had played,” Racioppo says. “I loved talking to the kids and teenagers I met. Some posed boldly, some needed a little coaxing, but no one ever said ‘no’ to being photographed.” 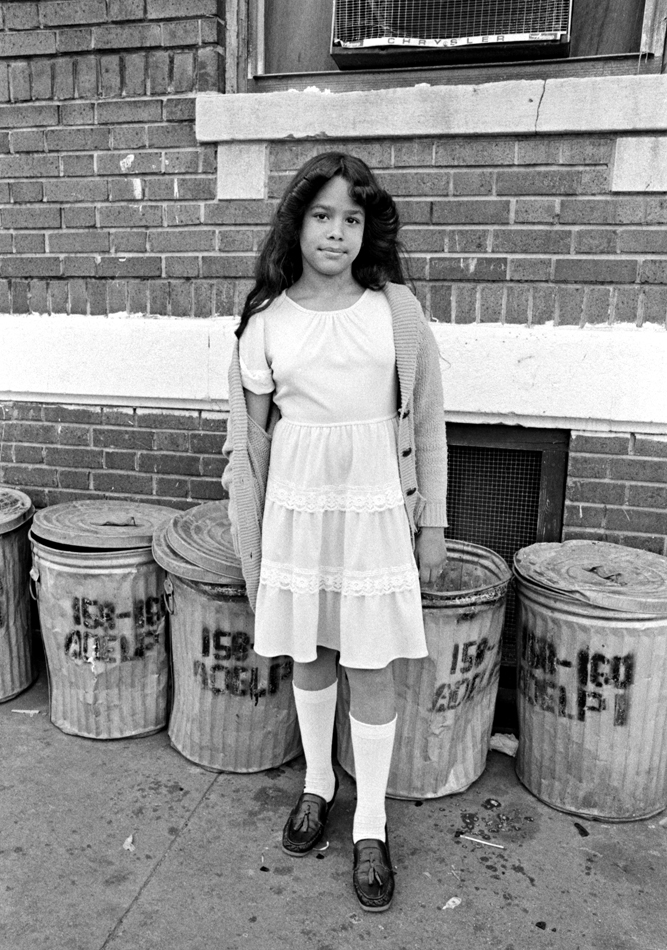 Racioppo also photographed the Italian-American community on Myrtle Avenue, on the north end of the neighbourhood. “I felt like I was back home on Fifth Avenue in South Brooklyn. The butcher shops, bakeries, restaurants, and their owners looked familiar so I was not surprised when I encountered their hesitancy to be photographed,” he says.

“Long before I ever thought of becoming a photographer, I read about the deep-rooted Italian-American suspicion of outsiders in my freshman sociology course at Fordham. But I learned to persist. I carried a letter from CHRDC to prove my legitimacy and used it often along Myrtle Avenue.”

Looking back at his contact sheets, Racioppo recognises the continuity between his formative experiences and the lives he photographed, a transition from one generation of native New Yorkers to the next.

“I see the younger kids and teenagers deciding just how tough they want to present themselves to me. It reminds me so much of growing up in Brooklyn,” he says.

“My wife, who is from upstate, has never gotten used to the way New York kids playing ball in the street move like matadors – as little as possible from our car as I drive slowly past them. I always laugh while telling her that I did the same exact thing many years ago. It’s a point of honour.” 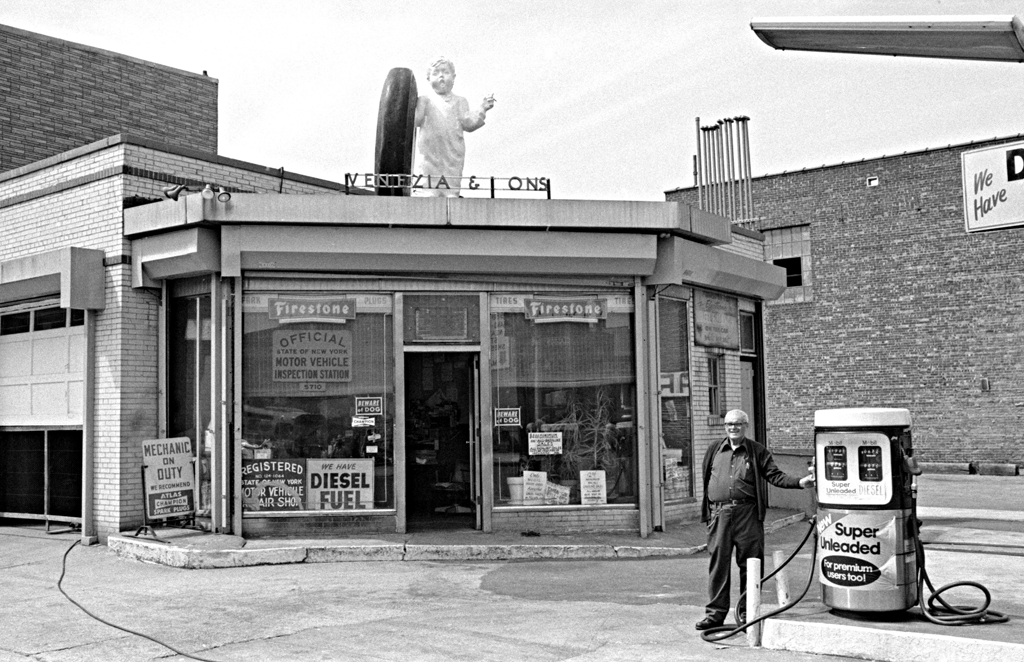 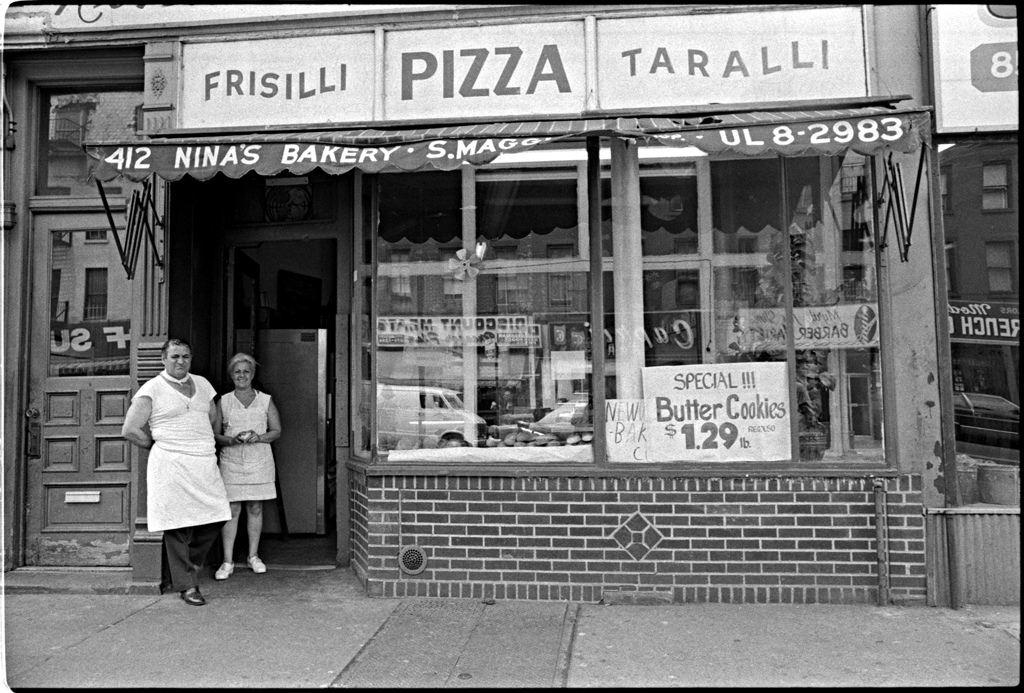 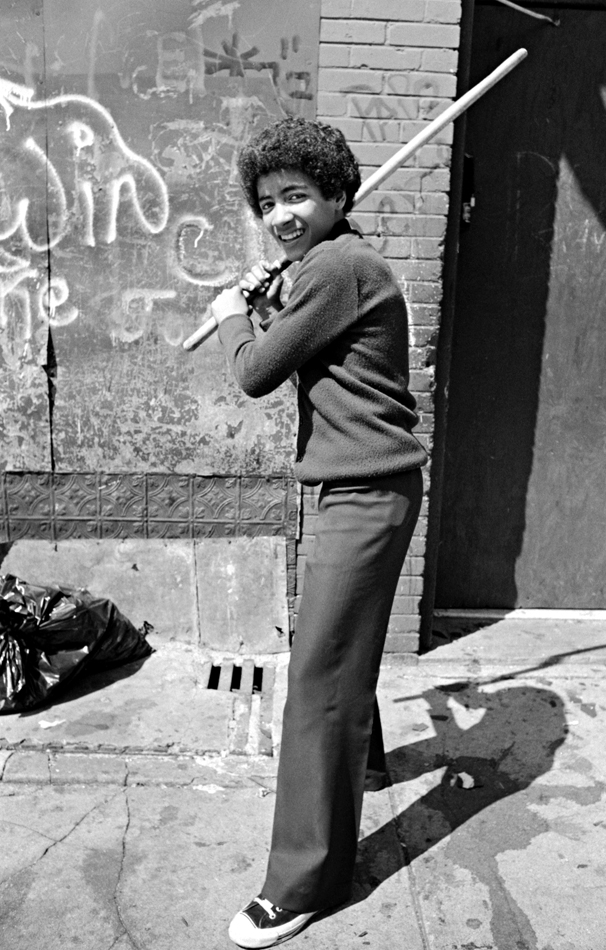 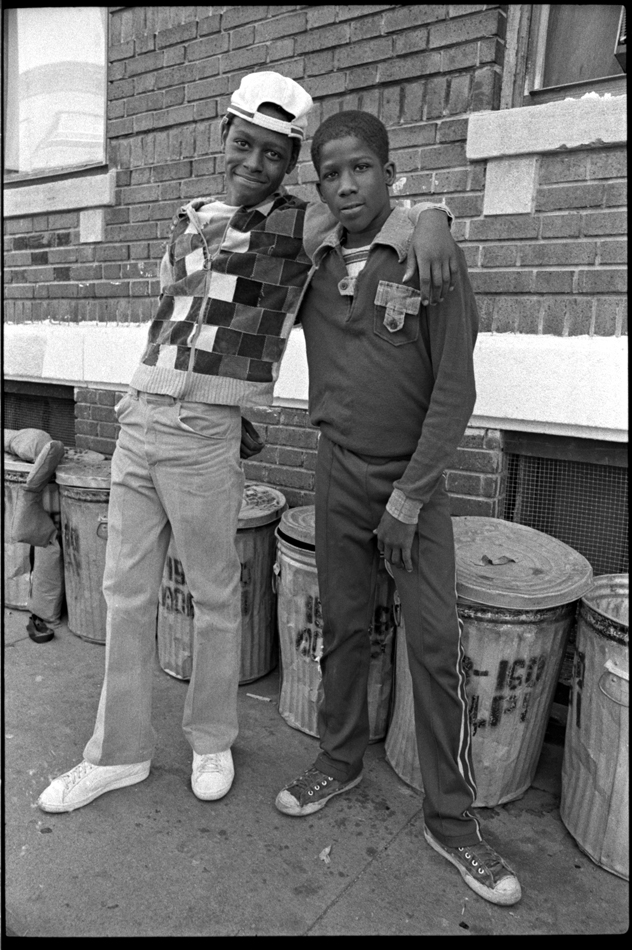 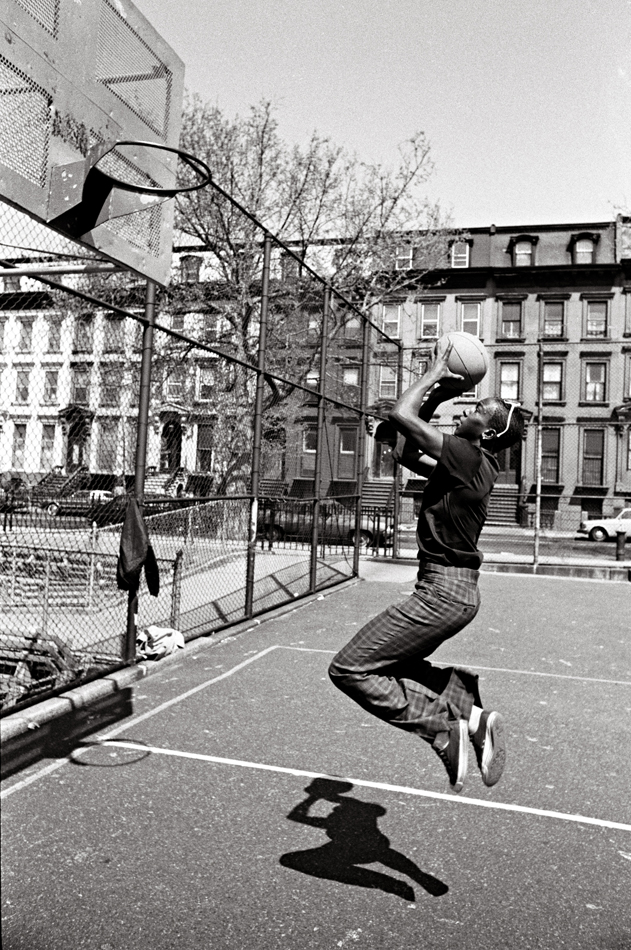 Linkedin
RELATED ARTICLES
OTHER ARTICLES
Members of the collective share some of their reasons to run as part of #UnitedBySummits, a campaign that looks to uncover transformative power of the outdoors.
Following the success of her debut novel, the Tottenham native is restating her commitment to the place that made her.
Our new magazine is here, starring the inimitable Mitski. Order your copy now and join us on a trip around the world.
The photographer recalls working with some of the biggest names in the business – from Salt-N-Pepa to the Sex Pistol – at a time when music magazines played a powerful role in shaping the scene.
To mark the anniversary of the mass trespass of Kinder Scout, a group of hikers came together with the intent of creating a new, fully inclusive culture for rural spaces.
The government’s failure to take long Covid seriously has led to the formation of a group campaigning for the thousands of forgotten victims of the illness.