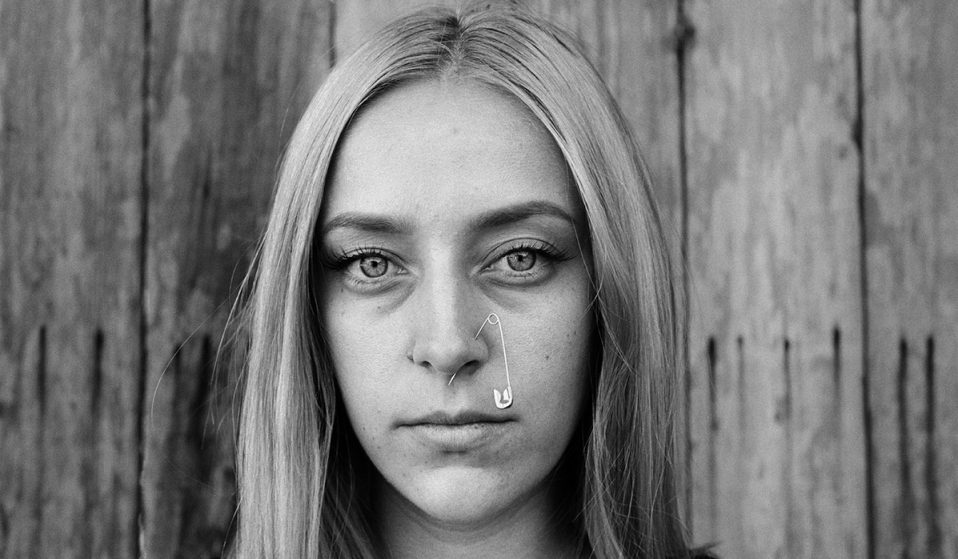 In a new book, Deanna Templeton combines images she captured of young girls on the streets with her own diary entries to reflect on the emotionally fraught experience of being a teenager.

In a new book, photographer Deanna Templeton combines images she captured of young girls on the streets with her own painfully intimate diary entries to reflect on the emotionally fraught experience of being a teenager.

Deanna Templeton describes her first camera as a “coming home present”. At age 15, the photographer had run away with a friend (“I was supporting her; her home life sucked,” says Templeton), wandering California’s streets and gazing at the stars. Her family picked her up the next morning, and two days later, her mother took her to a store to buy a Canon T90.

“I don’t know what was going on in my mother’s mind,” says Templeton, speculating that the gift might have been a quiet plea for her not to run away again.

Templeton’s initial flirtation with photography as a teenager was, however, shortlived. “I was all over the place at that point in my life,” the photographer admits. It wasn’t until five years later, when her mum bought her another camera at age 21, that Templeton fully immersed herself in taking photos, rarely leaving her house without her point-and-shoot by her side. 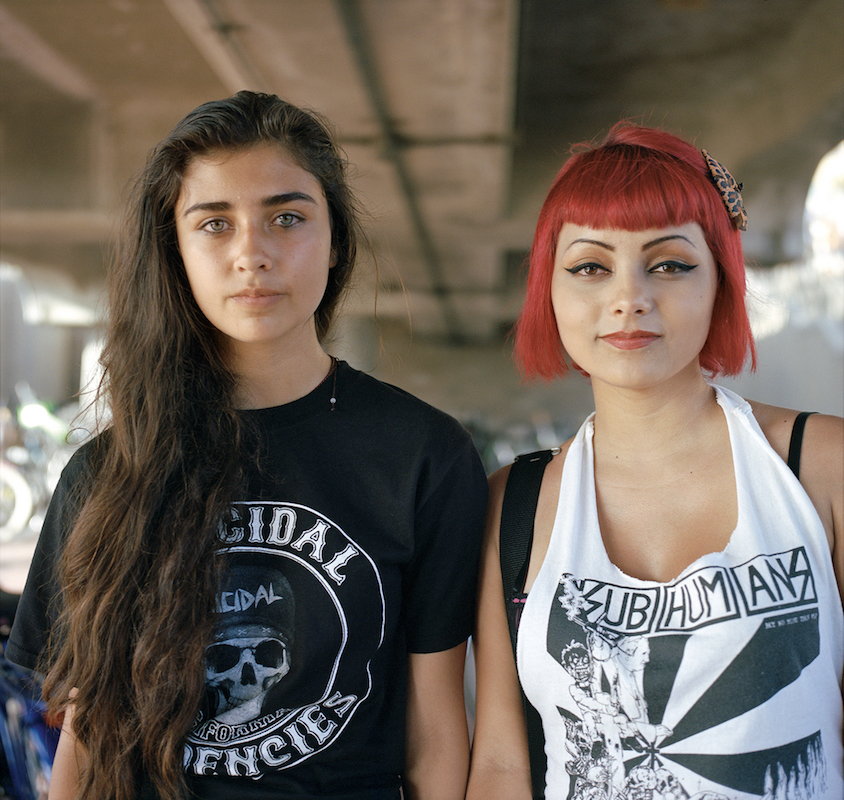 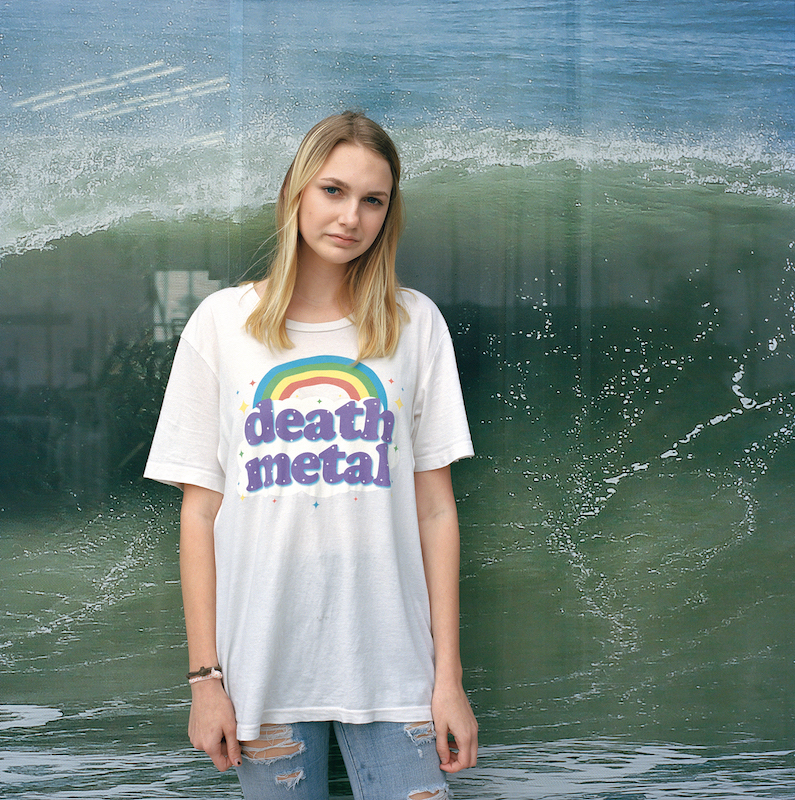 From this point in 1998 right up until the present day, Templeton has photographed young people gathered on the streets, parks and gigs of Huntington Beach, where she lives, and abroad in Europe, Australia and Russia. Many of the photos of young punk and goth girls – typically sporting bleached hair, piercings, band T-shirts – were stored in a digital archive, in a folder titled ‘female’. It wasn’t until revisiting the folder some years later, that Templeton saw the potential for them to form their own body of work.

“When I was really looking through, I did notice that a big percentage of them had the same look,” she says of revisiting the photos. “And it just clicked in me, that a lot of these young women that I shot reminded me of myself when I was their age – or how I wish I could have been like.”

These photos are now collected in a new book, titled What She Said (Mack books), and published alongside intimate diary entries which Templeton wrote during her turbulent teenage years in the 1980s, prior to her rediscovery of the camera. “There aren’t actually many photos of me at the time I wrote my diary,” adds Templeton, “so the images [in the book] are used to illustrate this period.” 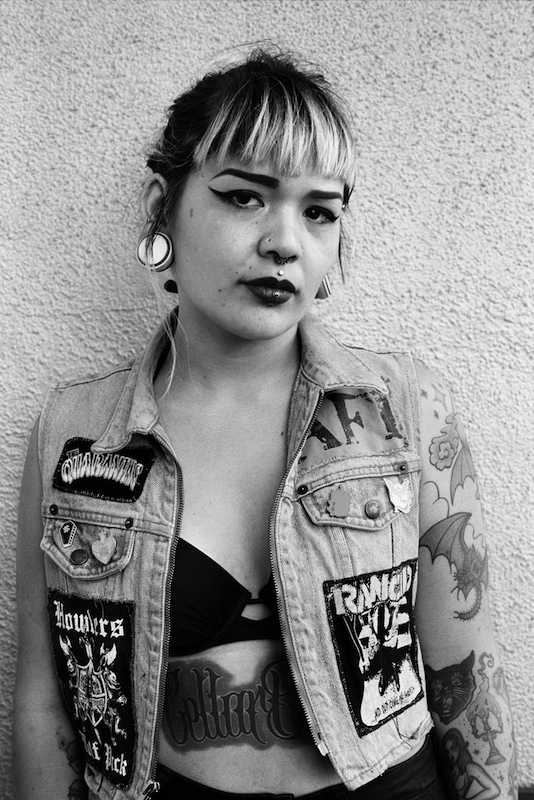 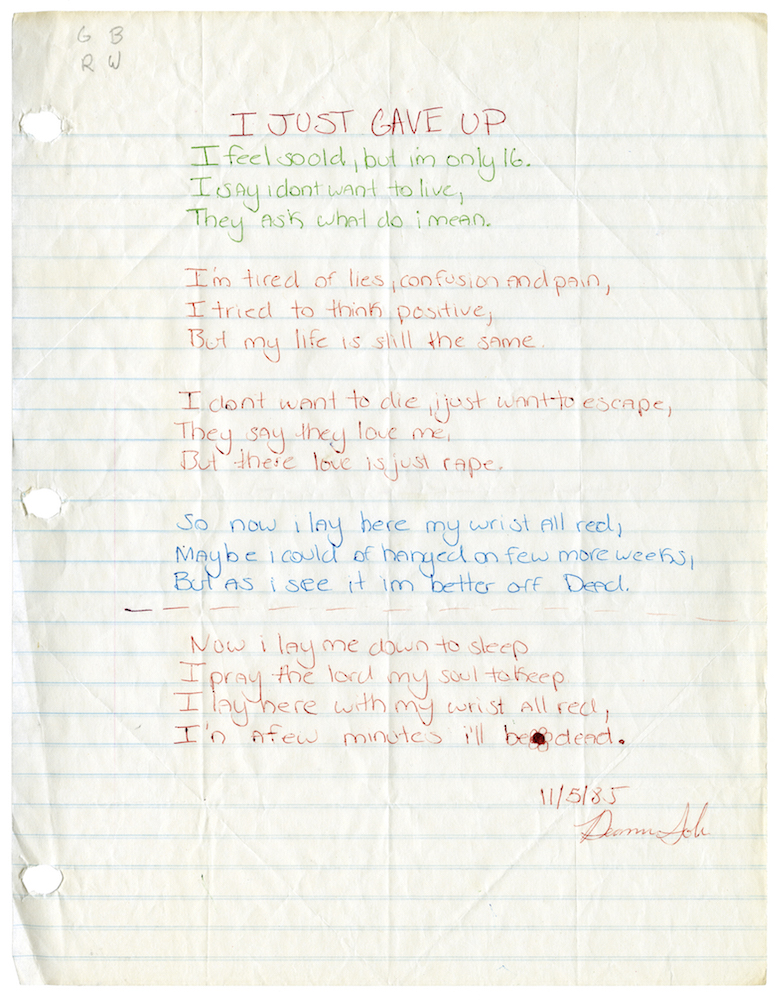 Templeton says she was “caught off guard” rereading her diary entries around 15 years after writing them, which candidly relate her experience of eating disorders, self-harm and self-loathing. “I forgot how mean I was to myself, and how much I hated myself back then,” she says, “I didn’t remember how intense it was.”

“My initial thought in saving the diary entries wasn’t for anything to do with photography. It was just if I had children, and they were going through the same feelings and emotions I had, I wanted them to know that I understood. And if you can just hang on, you’ll get through this,” says Templeton. While she never had children, the photographer still felt that there could be a way to share the diary entries in a way that might bring comfort to a new generation of young women.

Having the diary entries reprinted in What She Said was an intensely nerve-racking and emotionally fraught experience, Templeton says, but every time she sees the pages reprinted now, “it gets a little less painful”. It has also been therapeutic: “I’ve had women from 17 to 77 saying they’ve all gone through this… it is this community, but also kind of sad. Things don’t change.”

In opening up this intimate part of herself, Templeton hopes to communicate what she wishes she could have told herself at that age. Which is, simply: “Don’t be so hard on yourself”. 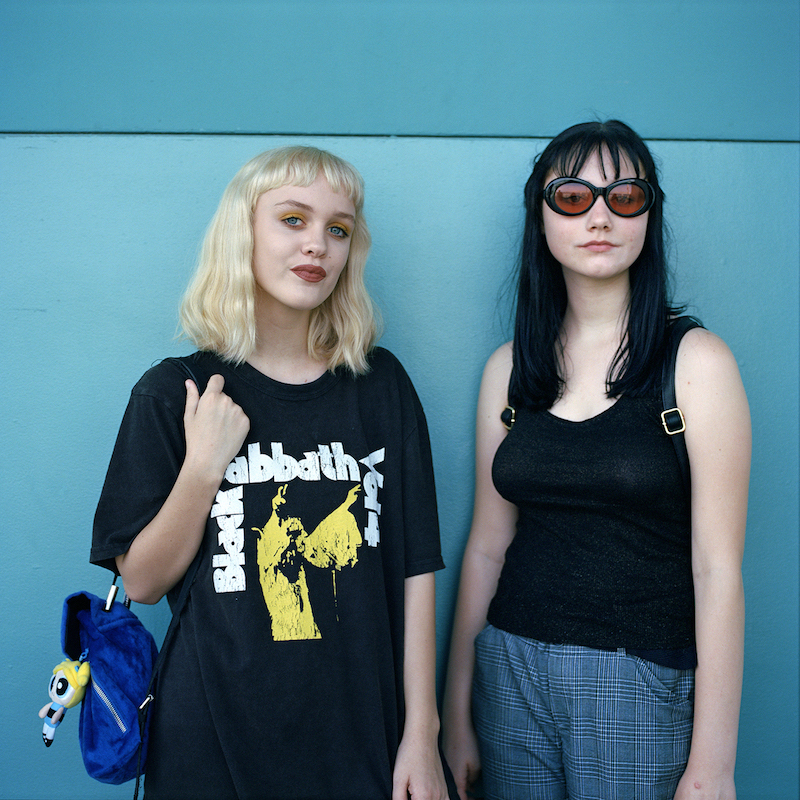 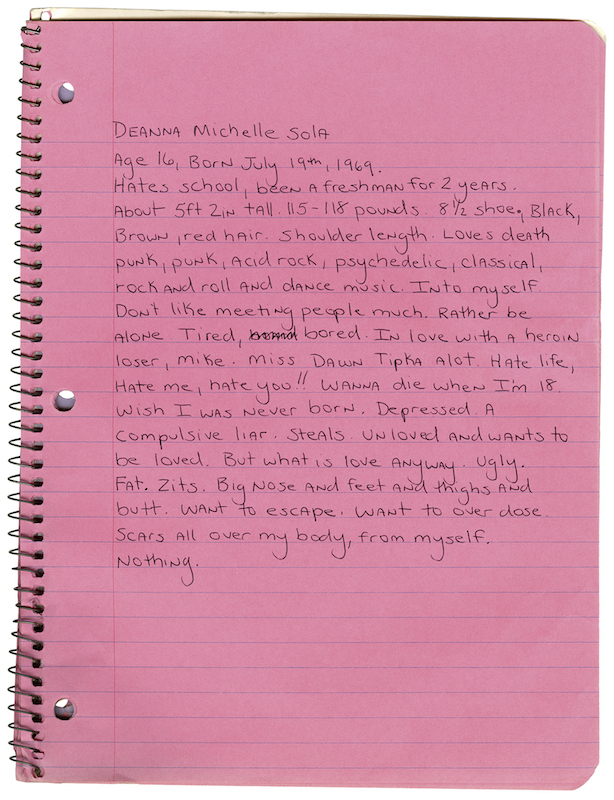 What She Said is out now on Mack books.

Linkedin
RELATED ARTICLES
OTHER ARTICLES
Government plans to make it harder for people to go to university will only entrench inequality.
In our first OFFF Dispatch piece, the Arce Studio founder shares her tips on standing out from the crowd.
Photographer Robin Graubard’s debut book offers an unflinching record of turbulence and change across the Balkans.
The government’s failure to take long Covid seriously has led to the formation of a group campaigning on behalf of the thousands of forgotten victims of the illness.
In the last of our dispatches from OFFF Barcelona, Rufus Deuchler and Vincent Gault discuss the future of creative process.
The failure to hold landlords to account is denying tenants their basic dignity, writes Bella Saltiel.