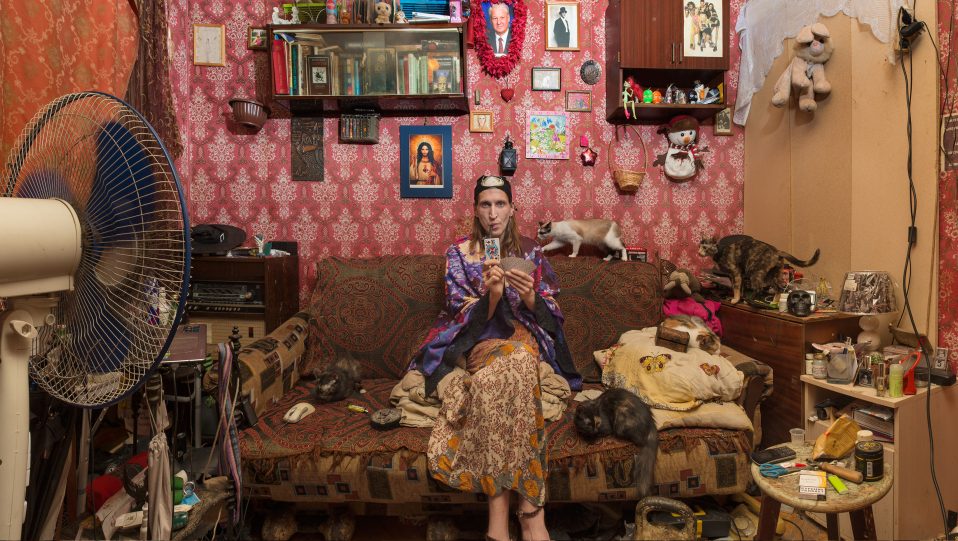 In her photo series, Natalia Ershova meets the social recluses from Moscow who have chosen to stay at home, and communicate with the outside world almost entirely online.

In her photo series, Natalia Ershova meets the social recluses from Moscow who have chosen to stay at home, and communicate with the outside world almost entirely online. Amid lockdown, her photographs take on a renewed poignancy.

Viktor, a 30-year-old landlord from Moscow, hasn’t left his house in over 10 years. Aside from his 21 cats, he lives alone, and when he’s not reading, or playing video games, he spends a large portion of his time making connections online.

From existing in relative anonymity, in 2018, a photograph of Viktor perched on his sofa, surrounded by his cats in a living room abundant with kitsch decor, was splashed across the cover of a major Russian magazine. His portrait forms part of a series by photographer Natalia Ershova entitled Journey to the Edge of the Room, 2017, documenting Moscow’s modern-day hermits, who, like Viktor, have chosen to cut themselves off from society to varying degrees.

“I had the idea for the project after I became ill in 2016, when doctors told me to isolate at home for two months,” explains Ershova. It was during this period that Ershova started speaking to Viktor, and other social recluses, who she found via a Facebook group.

This was before the pandemic forced people to retreat indoors. “We are all like the people in my photos now,” Ershova observes.

For most hermits living in Russia, lockdown has been a relatively seamless transition. “We are among the few already adapted to this lifestyle,” says Anna, one of Ershova’s subjects. But for other hermits in the photo series, among them Anatoly – who has lived alone for 10 years – things have become more complicated. After COVID-19 devastated his online business, Anatoly was forced to leave his house and start work as a courier.

“It became a lot of stress for me,” he says of the experience. “I communicate poorly, and usually only online with a small group of people.”

While these photos take on a renewed poignancy in lockdown, isolation and loneliness has long been endemic in major cities. Anatoly admits that he feels lonely every day. “In Moscow, there is a very fast pace of life,” explains Ershova, “and people simply cannot stand it, and bury themselves at home.”

Extreme reclusion is a phenomenon which occurs across the globe. It is, however, most pronounced in Japan, where the culture’s emphasis on conformity has prompted one million people – known as hikikomori (which translates to ‘living in solitude’) – who do not fit in to hide themselves away.

On the surface, Ershova’s eccentric, awkwardly posed subjects might also seem at odds with society. The myriad objects strewn across their respective living spaces point to obsessive personalities, from the Star Wars memorabilia in Olga’s room, to the yoga wall hangings in Yelizaveta’s bedroom, to the various cartoon merch dotted around Mikhail’s living space.

For not conforming, hermits are often stigmatised. But a number of Ershova’s subjects maintain that solitude is an entirely desirable way of life. “We are now living in a time when seclusion is not a bad thing,” says Olga. “With the growth of the internet and social media, you don’t have to go to a friend’s house to chat. Almost all leisure activities can be found on the internet.”

“People who have a favourite activity don’t feel lonely, and it does not matter whether they leave the house or not,” continues Olga, who spends a large part of her time creating 3D jewellery models.

For other hermits, being alone can be transcendental. “I never feel lonely,” insists Yelizaveta. “I am always in some mental and spiritual plane connected with everyone I have ever come into contact with.”

Perhaps most liberating for some hermits, though, is the relative oblivion from or disinterest in the external world. “Not everyone understands my way of life,” says Evgeniy, another hermit shot by Ershova. “But since I don’t often communicate with people unpleasant to me, I don’t care.” 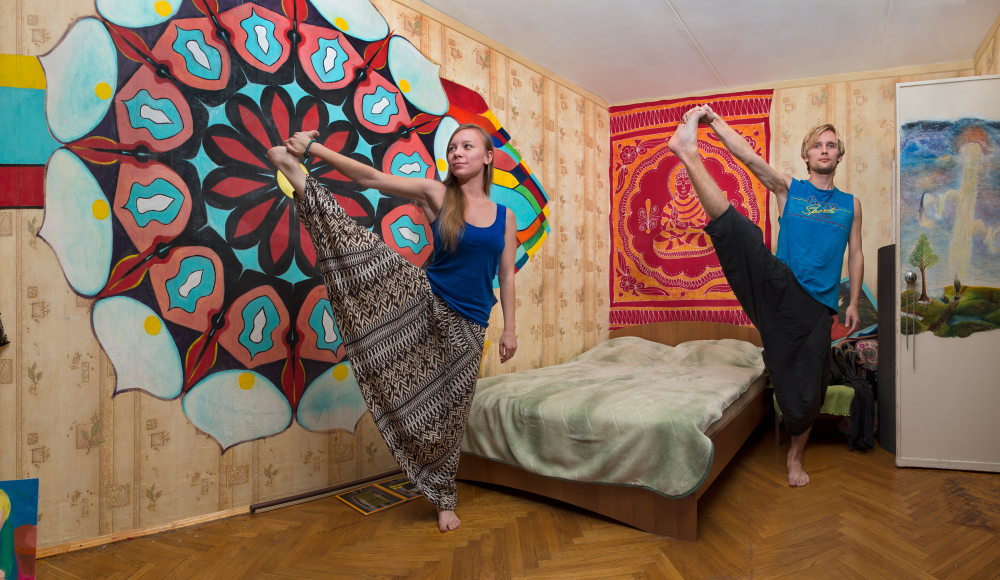 Yelizaveta and Peter, 25. Hermits for a year and a half. 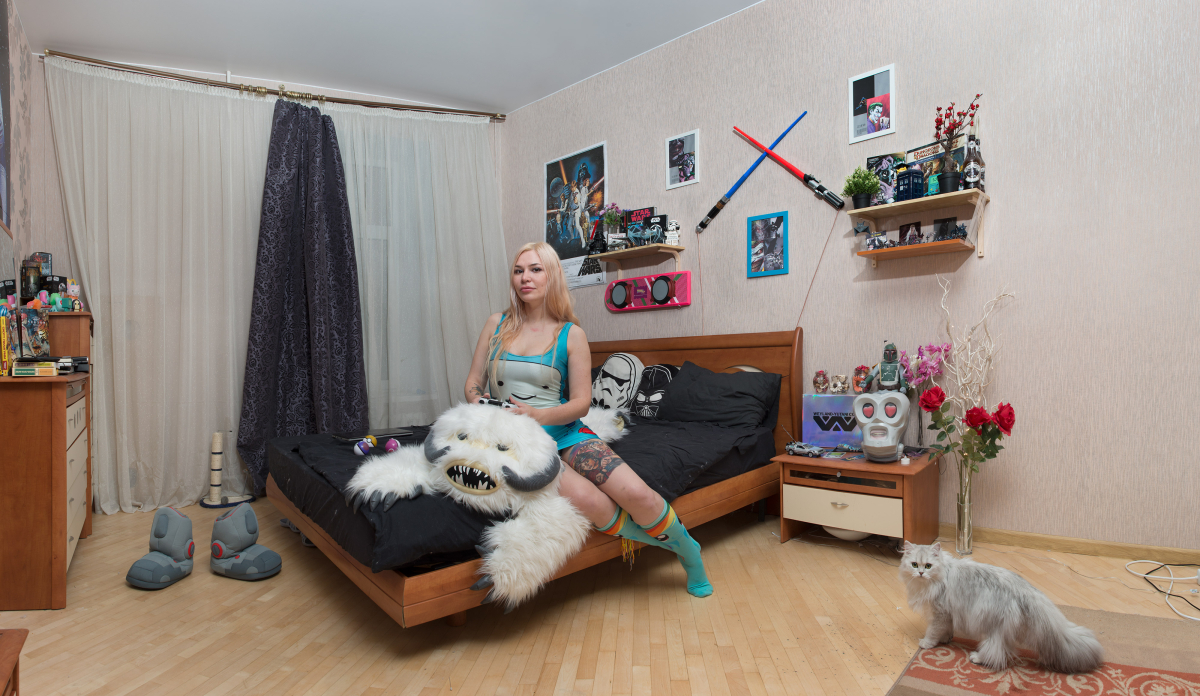 Evgeniy, 30. Hermit for three and a half years. 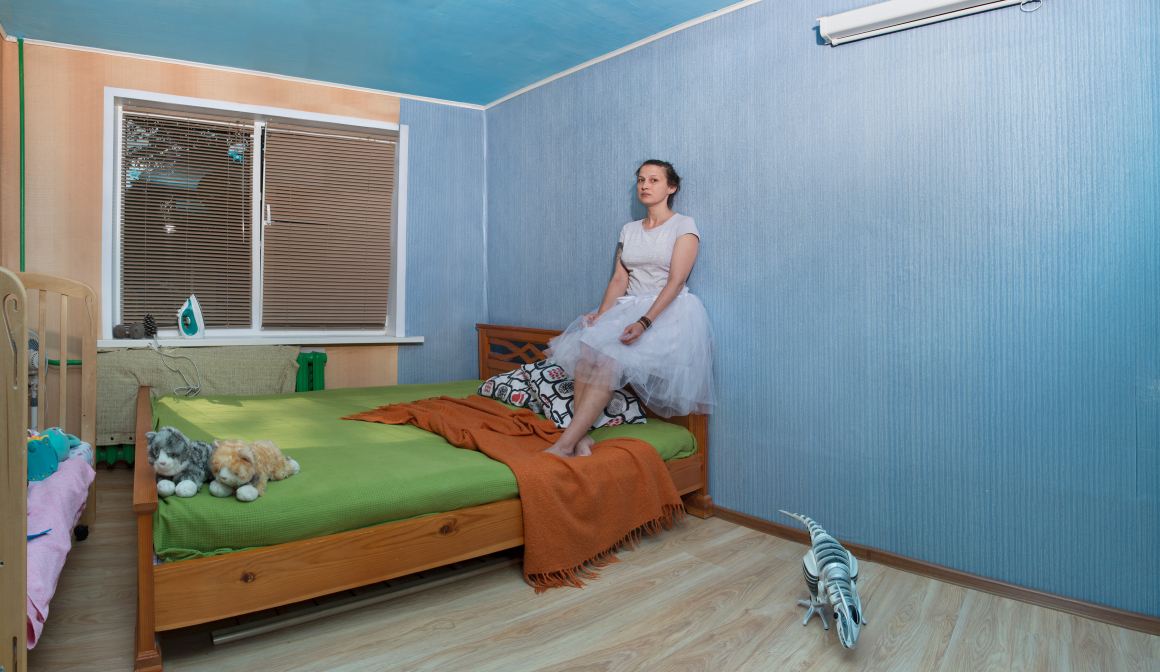 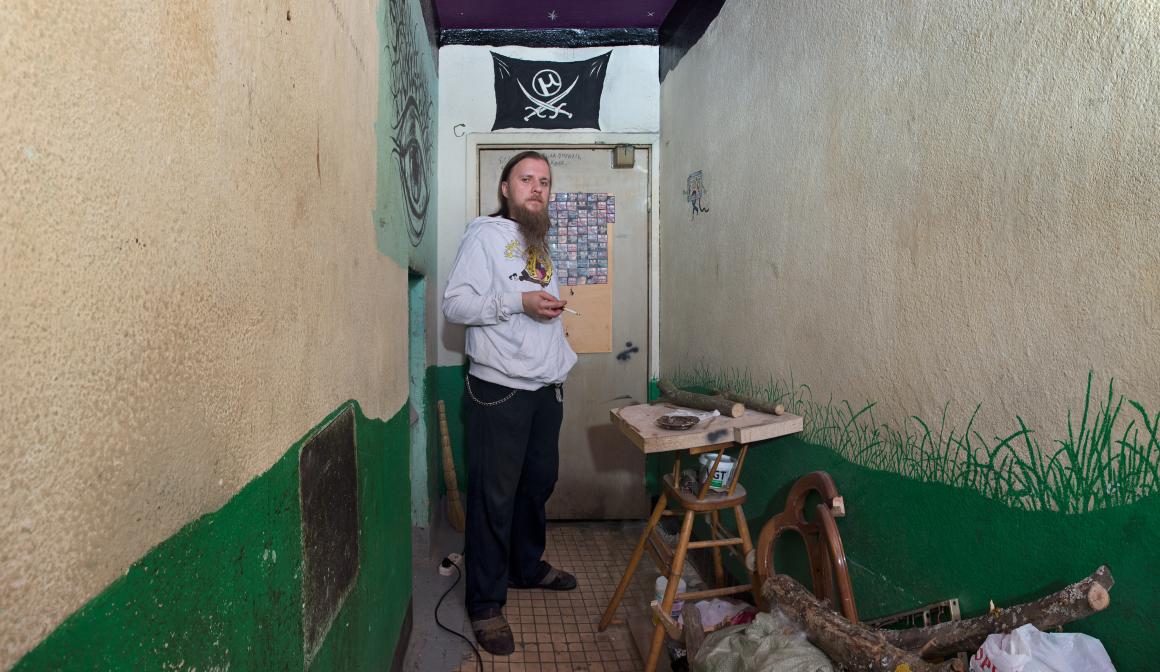 Linkedin
RELATED ARTICLES
OTHER ARTICLES
To mark the anniversary of the mass trespass of Kinder Scout, a group of hikers came together with the intent of creating a new, fully inclusive culture for rural spaces.
In the last of our dispatches from OFFF Barcelona, Rufus Deuchler and Vincent Gault discuss the future of creative process.
The government’s failure to take long Covid seriously has led to the formation of a group campaigning for the thousands of forgotten victims of the illness.
Following the release of his latest album God Don’t Make Mistakes, the rapper talks horror villains, police brutality and being unafraid to show his vulnerable side.
Writers Matt Foot and Morag Livingstone explore how four decades of collusion between the government and the police have slowly eroded our right to protest.
Photographer Phyllis Christopher recalls capturing sex and protest at a time when the city had become a haven for the queer community.