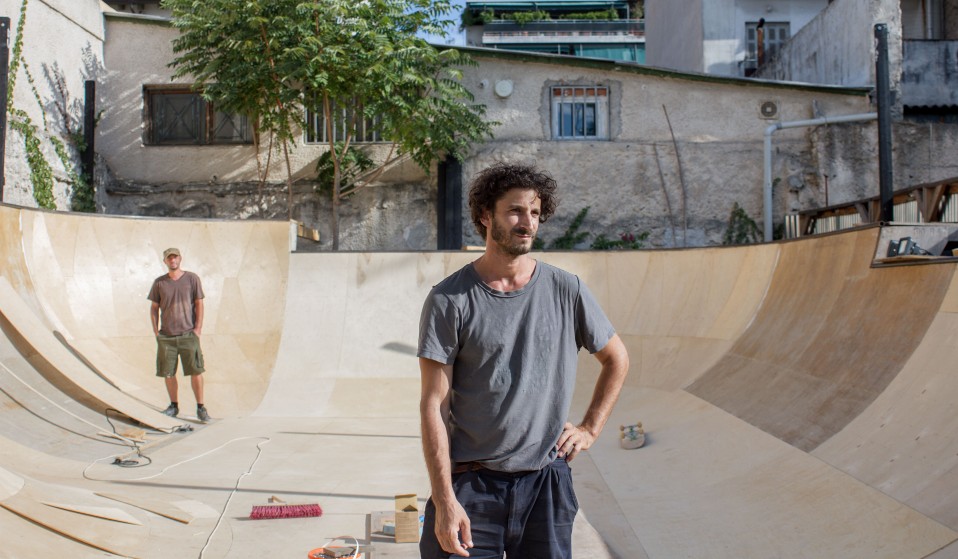 Latraac is a cutting-edge skate bowl and social space in a drug-infested neighbourhood of Athens - part of a new wave of creative projects transforming the city’s fortunes.

Latraac is a cutting-edge skate bowl and social space in a drug-infested neighbourhood of Athens - part of a new wave of creative projects transforming the city’s fortunes.

The sun is shining brightly on Kerameikos, a district in central Athens that has seen better days. Greek architect Zachos Varfis is leading us through tree-lined streets a short walk from Athens’ main tourist zone, past crumbling, sun-baked buildings daubed with colourful street art. We turn a corner and pass three Roma children playing with their toys on the pavement. It feels calm and friendly but at night the area is a no-go zone for sensible Athenians, being overrun by hard drug addicts and brothels.

Further down the street, Zachos stops at a tall and imposing gate, slides open the heavy metal door and ushers us in to his hidden oasis of skate. We’ve arrived at the nearly-completed Latraac, a cutting-edge skate bowl and social space that Zachos hopes will shake up the balance in Kerameikos. Its an exciting shoot of the slow-growing creative renaissance in Athens, as enterprising characters like Zachos find ways to work around Greece’s economic collapse and launch new grassroots projects – many of which, like Latraac, would have been impossible before the crisis. 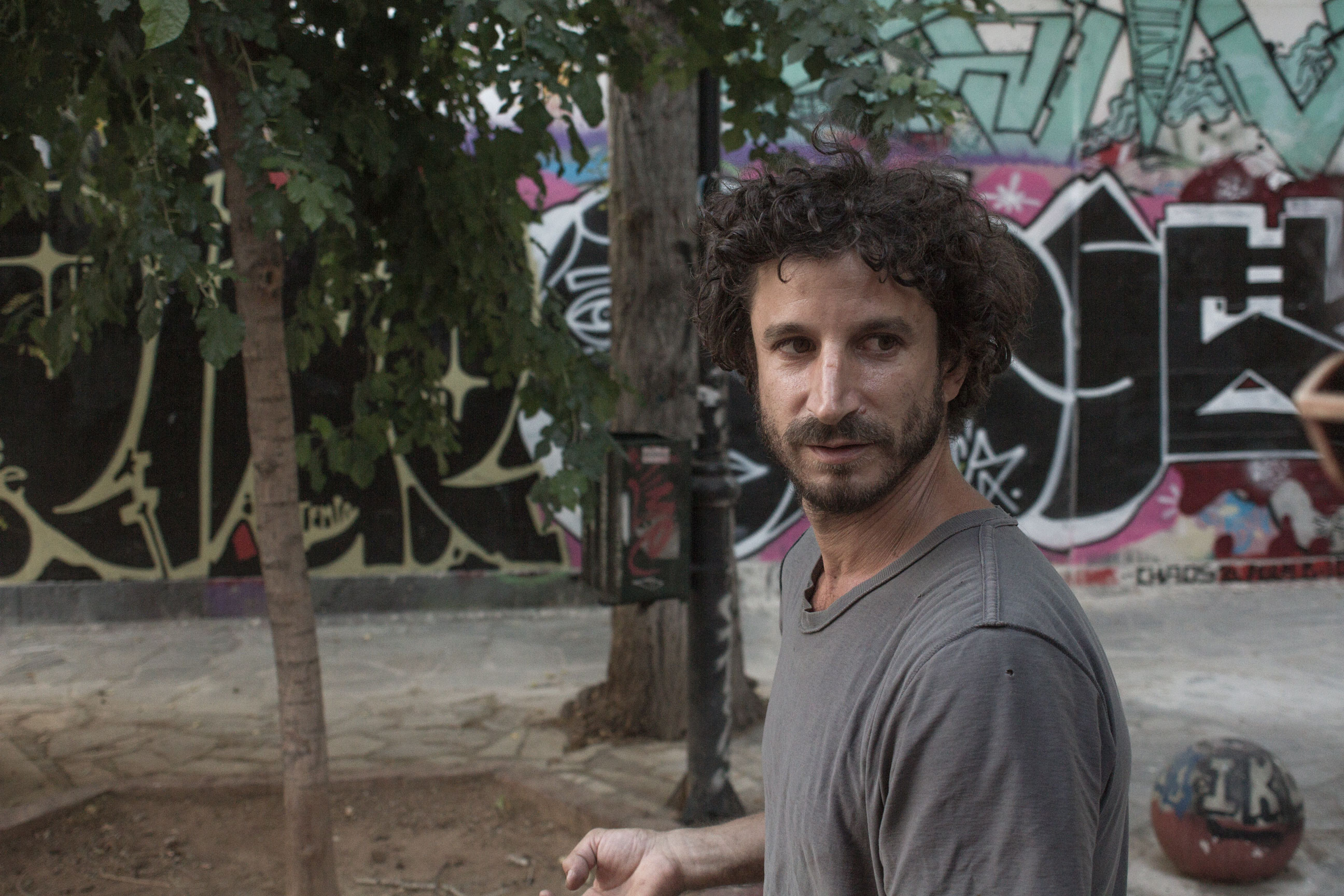 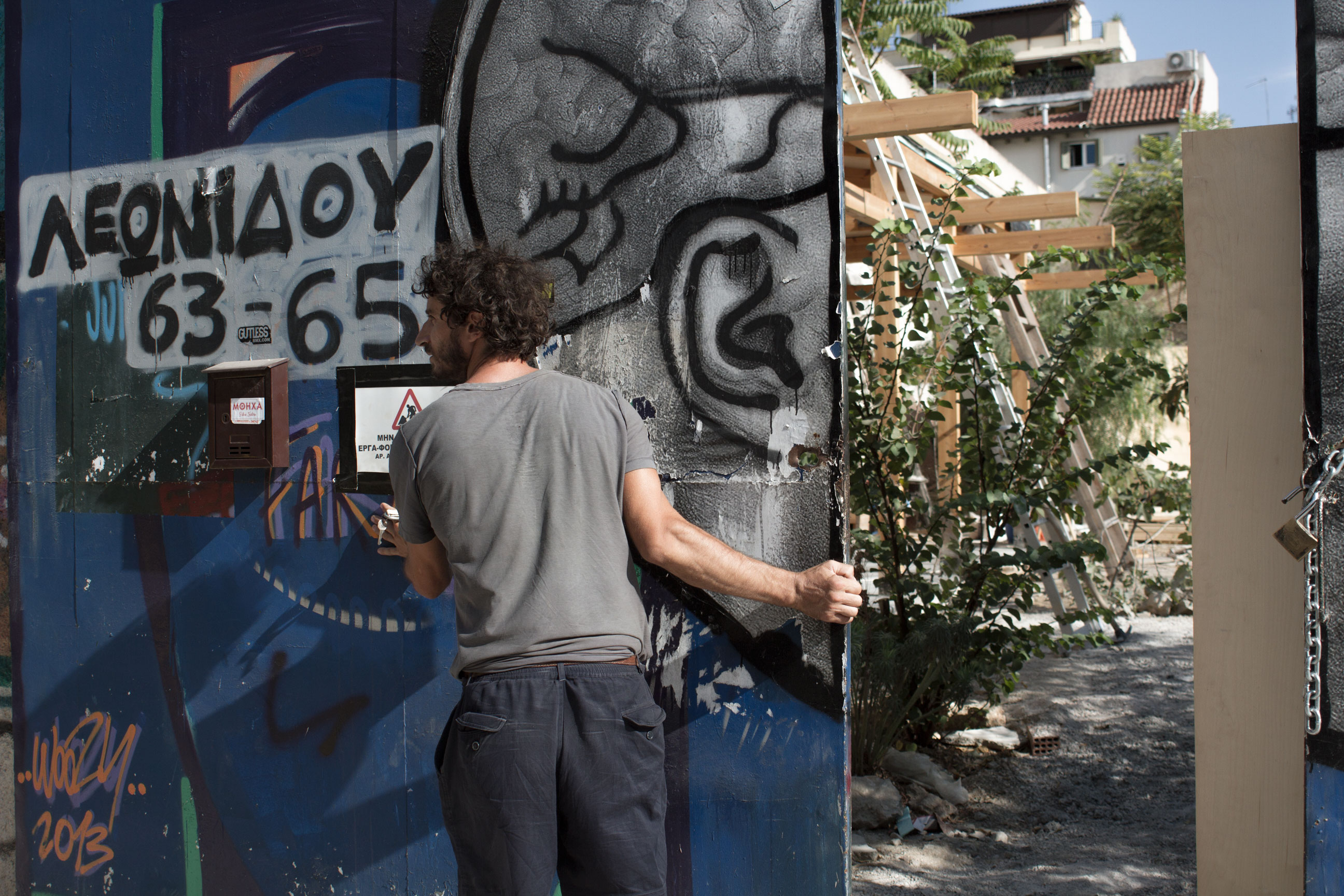 “Kerameikos is quite gritty,” Zachos explains. “It has a great combination of left-wing bohemians, immigrant communities, a nightlife and cafe scene, traditional buildings and empty industrial spaces. There’s prostitution and some very in your face drug use – some streets are like hell, it’s unbelievable. But skaters are resilient, so I thought it would be a great place to build a bowl situation. Its seen as rubbish real estate, but for me it was a dream.”

Zachos discovered transition skateboarding while studying architecture in London, but the Athens scene is dominated by hardcore street skaters and bowls are hard to come by. “I had to go to playgrounds to find ramps to skate,” he explains. “I’m nearly 38… I got sick of arguing with little kids who wanted to use them as slides and having standoffs with the parents. In Greece, skating is still seen as childish, so I wanted to develop a space that could also appeal to adults.”

After the Greek debt crisis broke in 2009, austerity measures sent the economy into a tailspin – GDP has shrunk by a third and it’s struggling with the highest unemployment in the Eurozone, at over 26%. As government grants and brand sponsorships dried up, so too did Zachos’ chances of funding the ambitious, professionally designed bowl he wanted to build.

As an architect, Zachos’ work often treads the borderline between art and architecture -combining digital fabrication and craftsmanship, projects range from anamorphic architecture to kinetic installations. Working on the fringes of commercial architecture, he often struggled to find lucrative jobs – even before the crash.

In fact, he’s glad the crisis has killed off most new-build commissions and forced architects to develop existing buildings instead. “I thought so much of what was built before was criminal: ugly, huge and without any identity or connection to the area’s heritage,” he says. “The crisis has forced people to develop low-impact, greener spaces that use current resources and actually create value in a neighbourhood. For me, it’s always made sense to build like that.”

Much of Zachos’ work today comes from finding spaces and refurbishing them himself. “I wasn’t getting a lot of commissions but I realised there was all this cheap and available real estate, these fantastic post-industrial spaces,” he says. “It’s like a goldilocks zone here, where most people don’t see the value in it but you do – like London 20 years ago.” 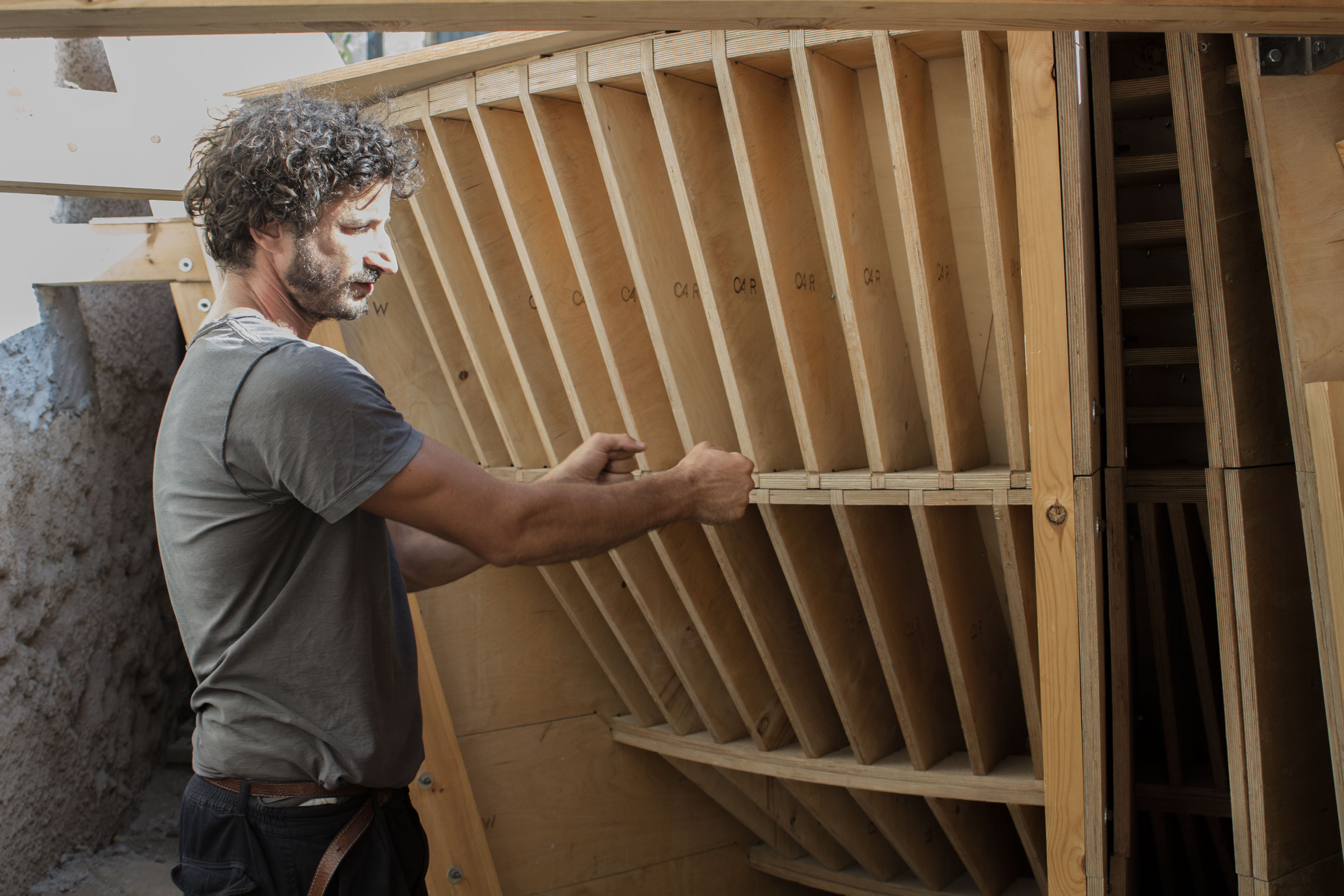 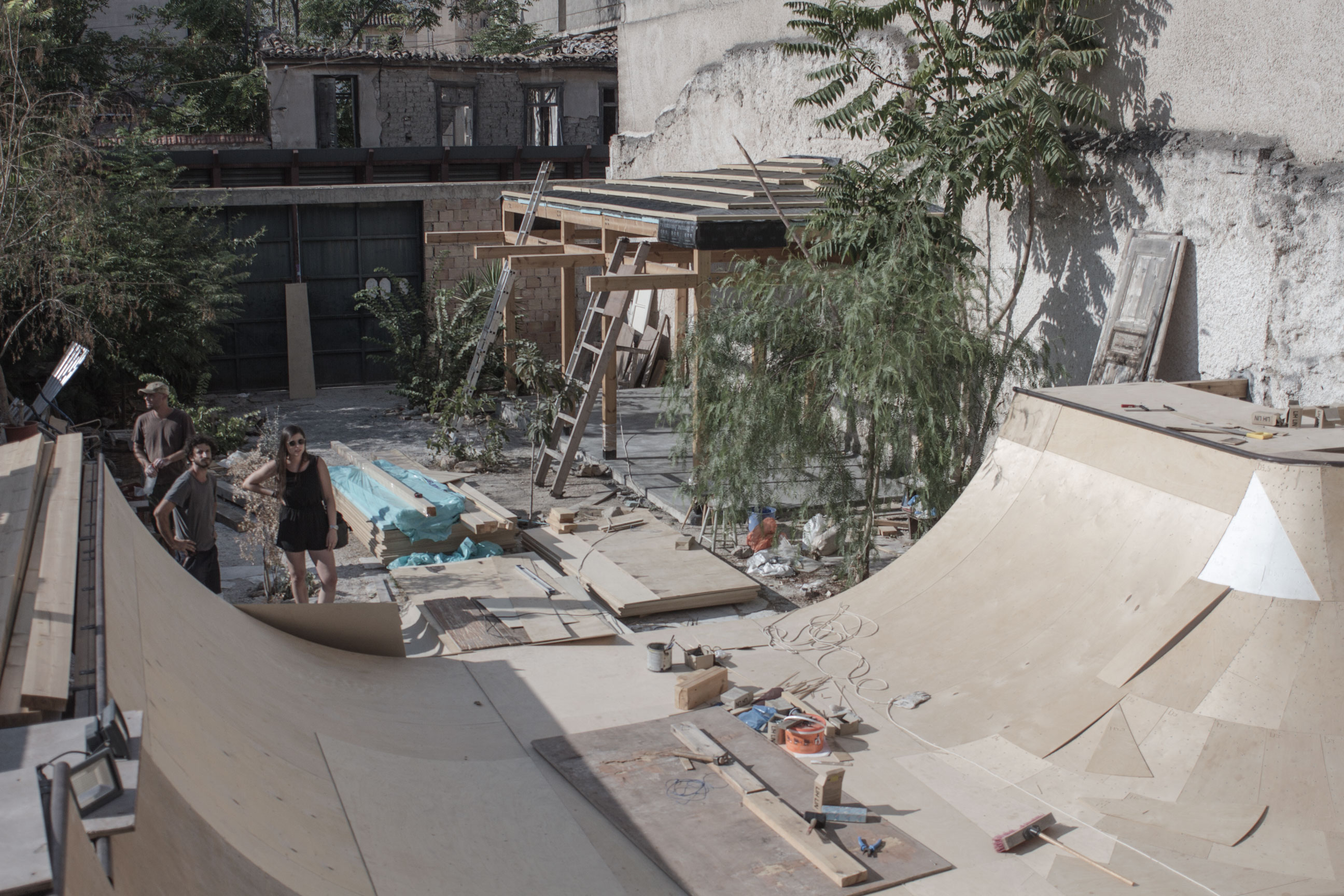 Latraac’s site was one of those discoveries. The empty lot in Kerameikos was once an 1860s townhouse before it was torn down in the 1960s. It was lying empty when Zachos began renting it in 2014. Zachos was determined to keep the park free to all and a pay-to-enter park could never be viable in Greece following the crisis, so he had to look for alternative ways to fund construction and sustaining the space.

“It’s not like we’re living here thinking, ‘What can we do about the crisis?’” Zachos explains. “It was more like, ‘What do we want to do? We have these problems – so how do we work around them?’ There’s slim chance of local funding and making a living from the arts is virtually impossible, so to be creative here you have to think outside the box.”

Zachos’ can-do attitude comes as little surprise. Young, creative Greeks have responded to the crisis with innovative solutions that work in a situation where austerity has sucked out all the money. Take the independent journalists who hold the politicians to account, creating a parallel economy of trading time and favours; the grassroots project that transformed Athens’ vacant Stoa Emporon (Arcade of Merchants) into an open creative and collaborative space; or the Athens Wireless Metropolitan Network, a volunteer-run open-source wireless network that now provides free internet access across the country.

Journalist Paul Mason’s experiences in Greece had a big influence on the development of his theory of Postcapitalism. Through the clouds of tear gas, he saw young people coming together to build cooperative networks, artistic projects and socially engaged spaces, that not only helped them survive the crunch, but challenge the power of the corrupt elites who brought the country to its knees. The technologies, networks and philosophies they used, Mason believes will form the building blocks of a more progressive new economic dawn.

Like Zachos, others are starting so see the opportunities in post-crisis Greece – with many now arguing that Athens is the new Berlin. An influx of foreign artists from the UK, Italy and elsewhere, are snapping up affordable apartments and studio space. They’re drawn to Athens not only by the cheap real estate, or the new bars and galleries sprouting up, but also the dynamism of young Greeks. 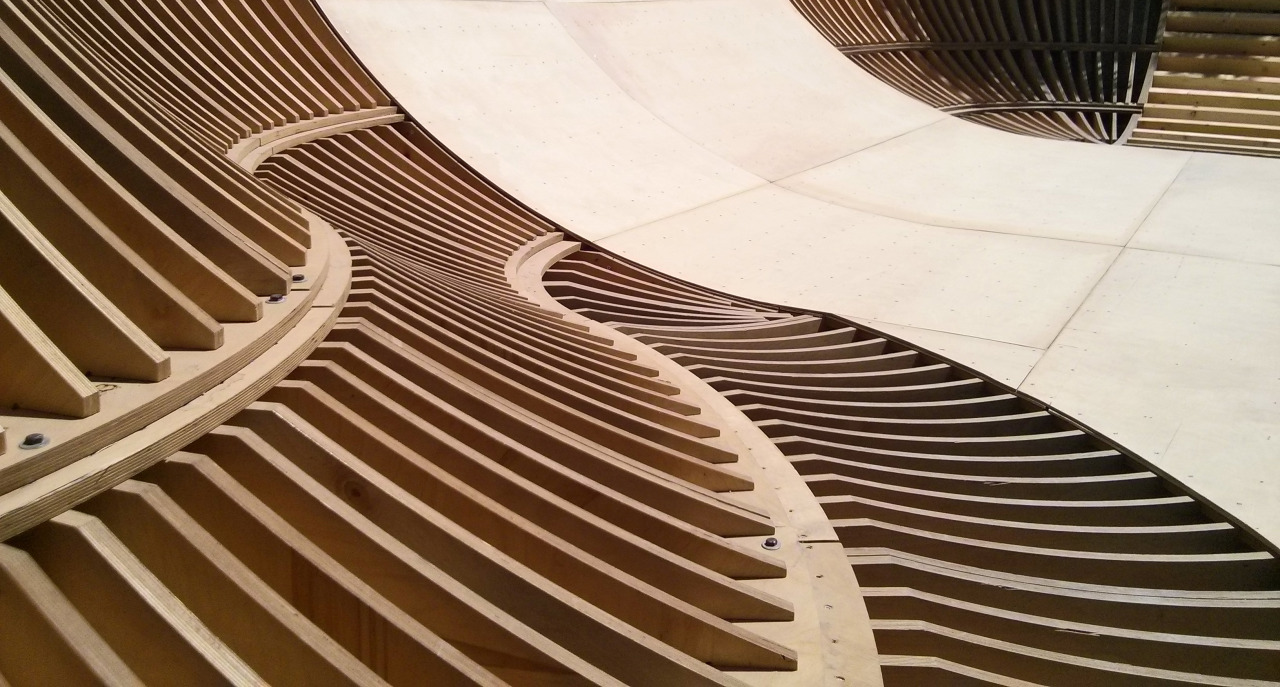 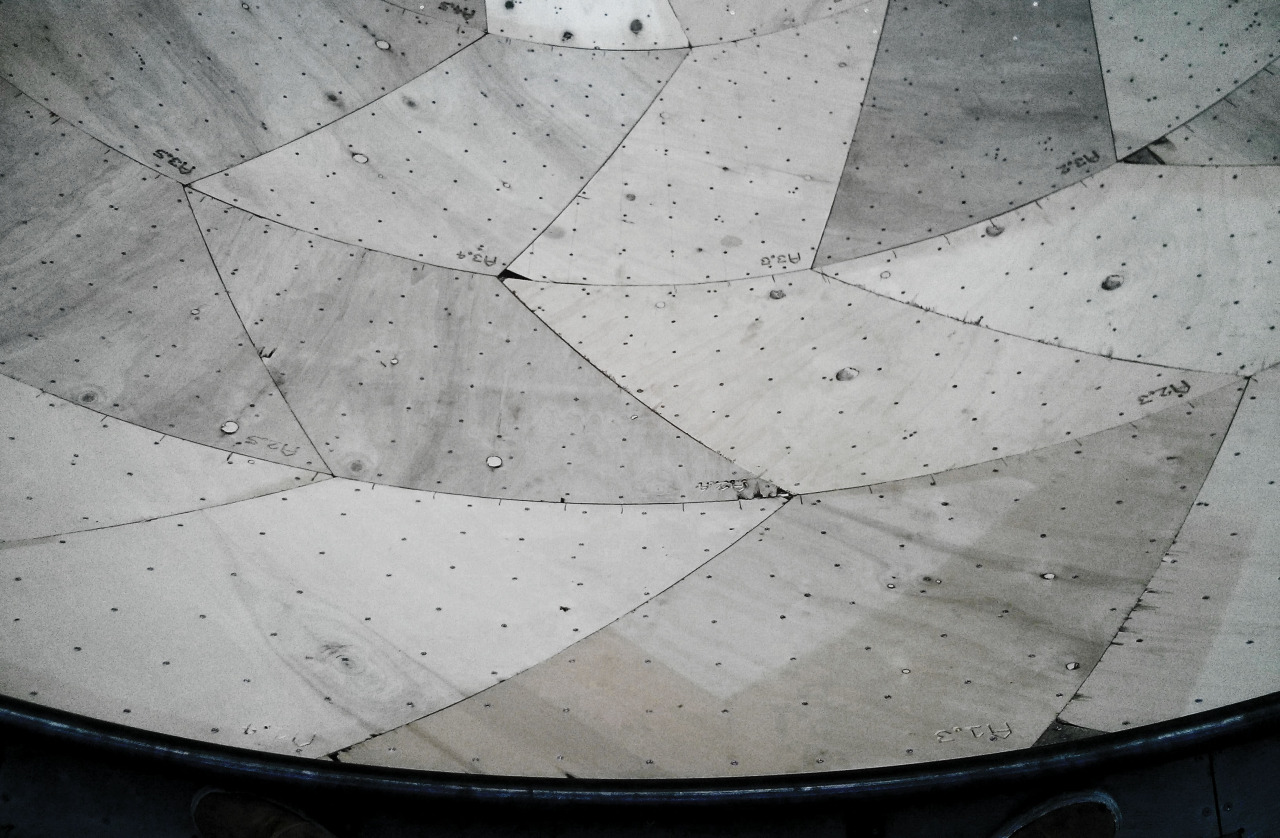 After a number of stops and starts, Zachos eventually funded the state-of-the-art construction through a combination of crowdfunding internationally, a local grant and offering stakes in the project. He designed the bowl with industry standard 3D software, generating 609 individual profiles, which were then cut from 52 sheets of ply using a CNC router.

As he leads us around the site, he points out the curved, vertical profiles, which are fitted into horizontal organising sections. Without the plywood surface layer, you can see the construction beneath, whose spines blend together beautifully, like the skeletons of snakes curling around one another.

We talk about Urban Acupuncture, a school of architecture that uses small-scale interventions, like the skate park, to transform the wider urban landscape – much needed in drug-infested Kerameikos. But Zachos doesn’t admit to such grand ambitions. “I just wanted to create a place for people to skate together,” he says. “I’m interested to see what it’s going to generate in the area. A space like this will give people in Kerameikos – and Athens – an opportunity to do something that wasn’t available before and maybe see architecture in a different way.” 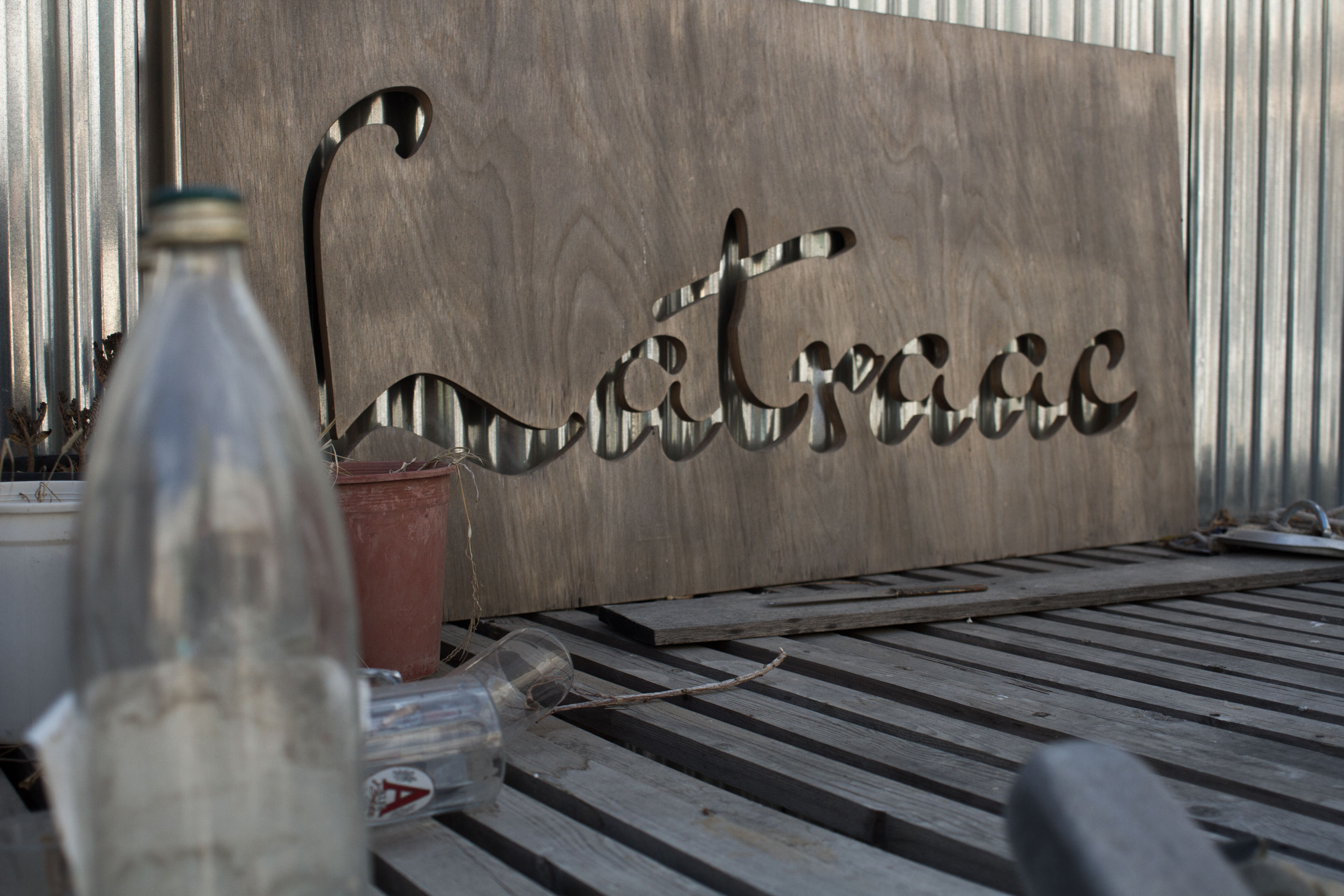 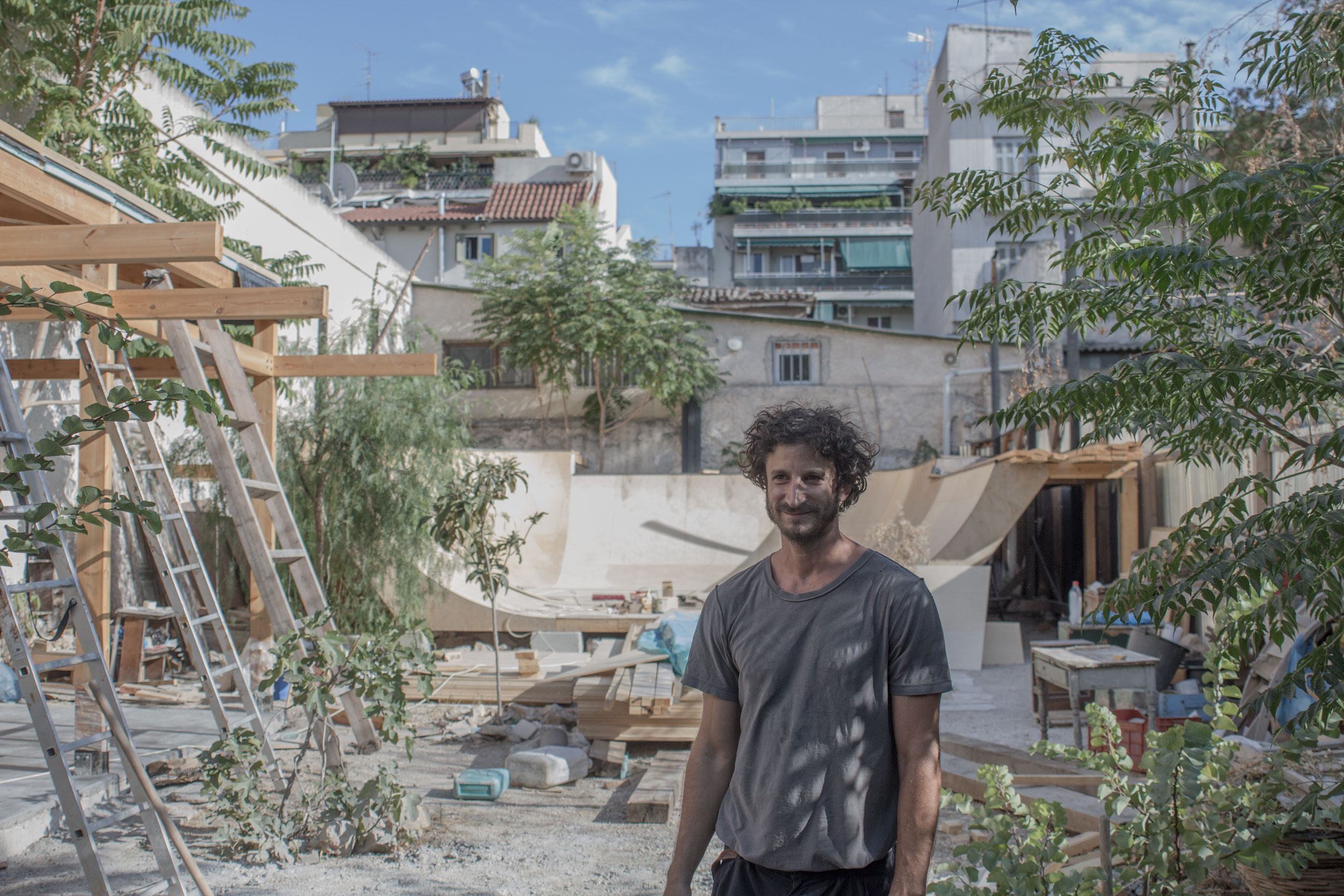 When Latraac opens in late September, Zachos hopes the cafe cafe will support day-to-day operation, contests and film screenings as well as an artists’ residency programme.

Greece’s economic scar tissue – disused buildings and cheap real estate – is already providing the foundations for socially engaged movements, collectives and independent groups to build an alternative recovery – creating new communities, social spaces and places for people to express themselves. Greece is rising like a phoenix from the flames to build a more cooperative society, whose health can’t be measured by economists in monetary terms or GDP figures. With its mainstream economy still flatlining, little-to-no foreign investment, and local government and businesses stretched to the limit by the crisis, it will be grassroots projects like Latraac that drive Greece’s resurgence.

Find out more about Latraac.

Linkedin
RELATED ARTICLES
OTHER ARTICLES
After a two-year hiatus and a new album, the Nigerian artist is riding high. Now, he wants to bring his alternative, genre-bending sound to the world.
Taking us through one of the most dynamic years in recent history, Laylah Amatullah Barrayn new photo book contains tender yet confrontational portraits.
A new law change is enabling Britain’s donor-conceived children to know the truth about their origins – but campaigners say the fertility industry must do more to protect people.
The pro skateboarder withdrew from the 2020 Olympic Games so he could come out as trans. Now, he’s hoping to encourage others to live as their authentic selves – within the sport and beyond.
Yohon Tatum, aka Legendary Father of the House of Tisci, reflects on nurturing a new generation of talent.
Jeffrey Henson Scales intimate portraits and protest images of the BPP and its leaders offer a rare insight into organisation at a time of societal upheaval.