Throughout graffiti's ebb and flow, the real art pioneers like Lee Quiñones have found new ways to keep on keepin’ on.

New York City gave the world graffiti, and the world sold it on with a three-figure stamp. Through all the changes, the real pioneers like Lee Quiñones have found new ways to keep on keepin’ on.

New York has come alive; rattling shutters, chattering workers and the hubbub of schoolchildren echo through the streets. Beneath the city, the rumble of the subway unifies this soundtrack, its percussive rhythms the only constant amid fluctuating urban decay. And on the Lower East Side the pulse of the underground has beaten up through the pavement.

An explosion of colour appears on a handball court overnight, the bold tag – ‘LEE’ – detonating off the wall in vast letters. A cartoon icon, Marvel’s Howard The Duck, shields himself from the blast with a dustbin lid, the top corner of the concrete canvas bearing a simple message: ‘Graffiti is an art and if art is a crime, let god forgive all’. 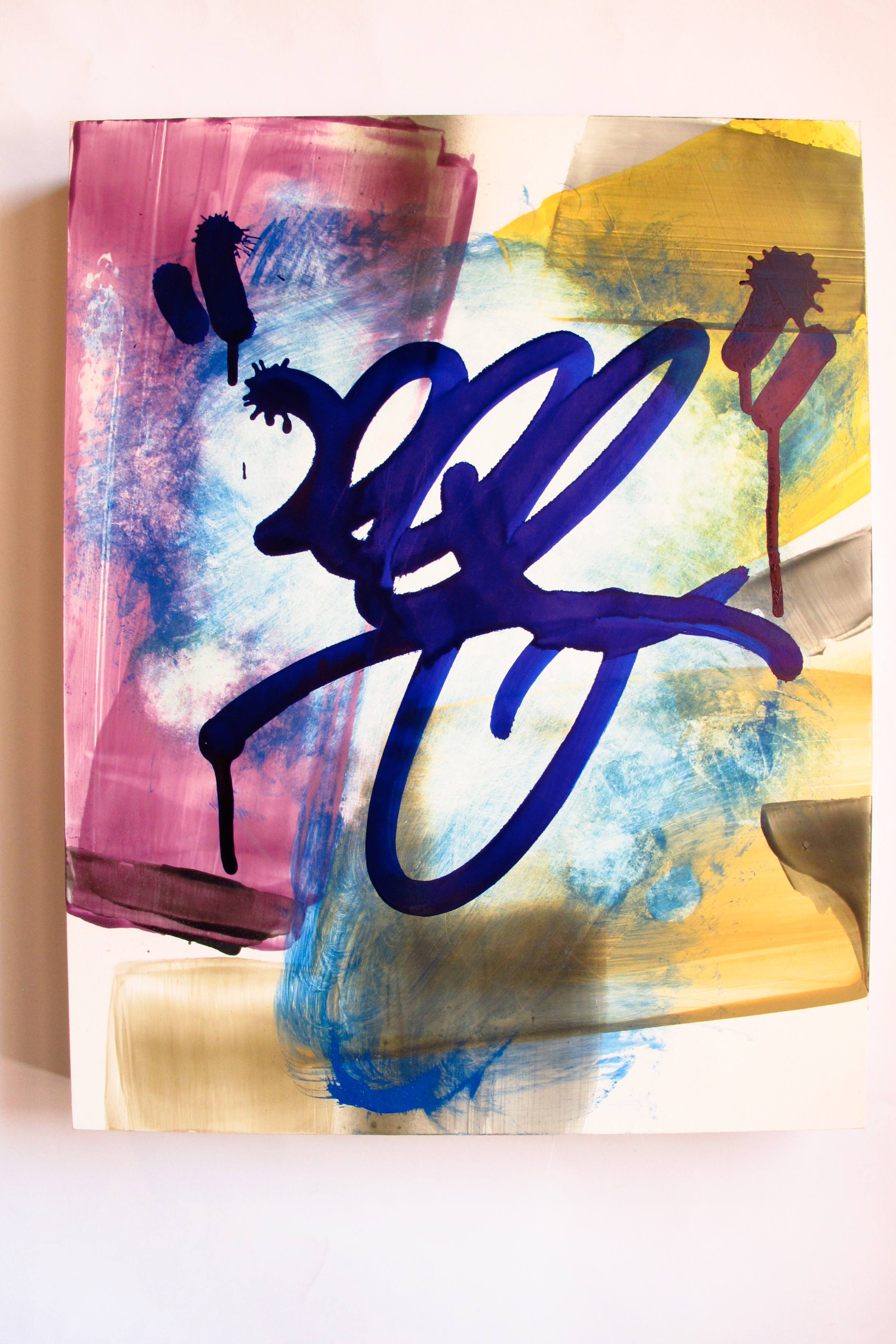 It’s 1978 and this audacious mural – the first of its kind – is the work of Lee Quiñones. At just eighteen years old his work will go on to become the stuff of NYC graffiti lore, with this first piece catalysing street–art’s meteoric rise. Soon, he’ll become an international icon for the movement.

Of course, back then he couldn’t have known the impact his work would have. “I was in the haze of creation,” he says, recalling those early moments of instinctual invention. “When you’re in that space you don’t map out a plan much further than the next second in your life.” But while his motivations may not have been calculated, Quiñones admits he always saw the movement as something bigger. “Many of my peers were just loitering with the idea of being part of an inner-city adventure,” he explains, “but I took it as a launching platform, to create something honest and empowering.” 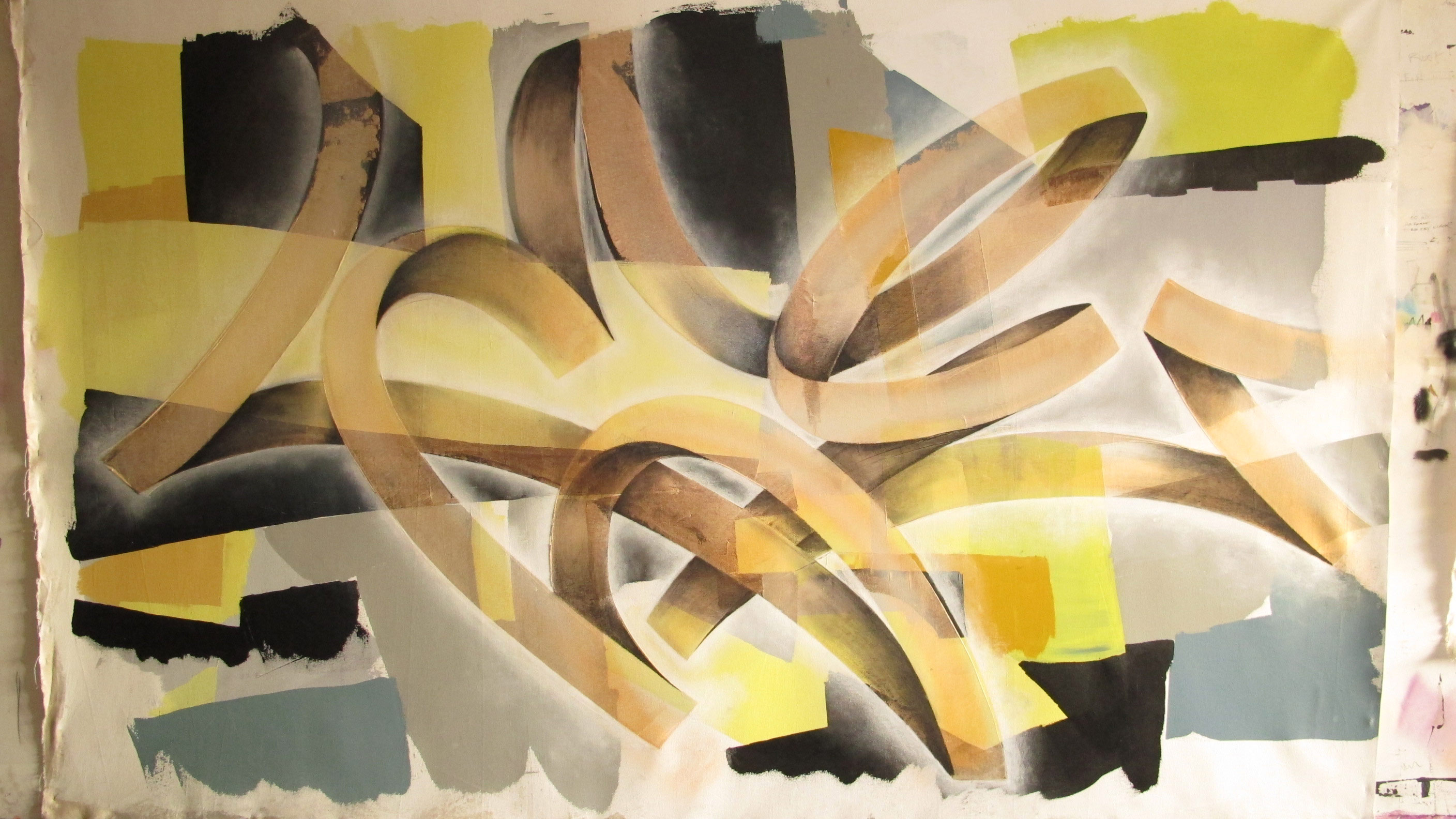 Born to a working-class Puerto Rican family in 1960, Quiñones was a prodigious talent, and by his early teens he was ready to move his artistic vision from the confines of the playground to the wider world. “New York was such a vibrant city and in 1974 the streets were an easy place to hone your skills. There were no distractions, just attractions,” he says. “The subway stock was a dynamic gold mine of moving parts, its thunderous claps like a party, taking place underneath our feet.”

Quiñones quickly became prolific, his specialty – to bomb entire train cars – only adding to the impact and scale of his work. “Strategically, I was aware of the subway lines that best served as a viewing platform for my work,” says Quiñones, who used the Interborough Rapid Transit Company’s rickety moving canvas to get his art in front of an audience that spanned the entire city. 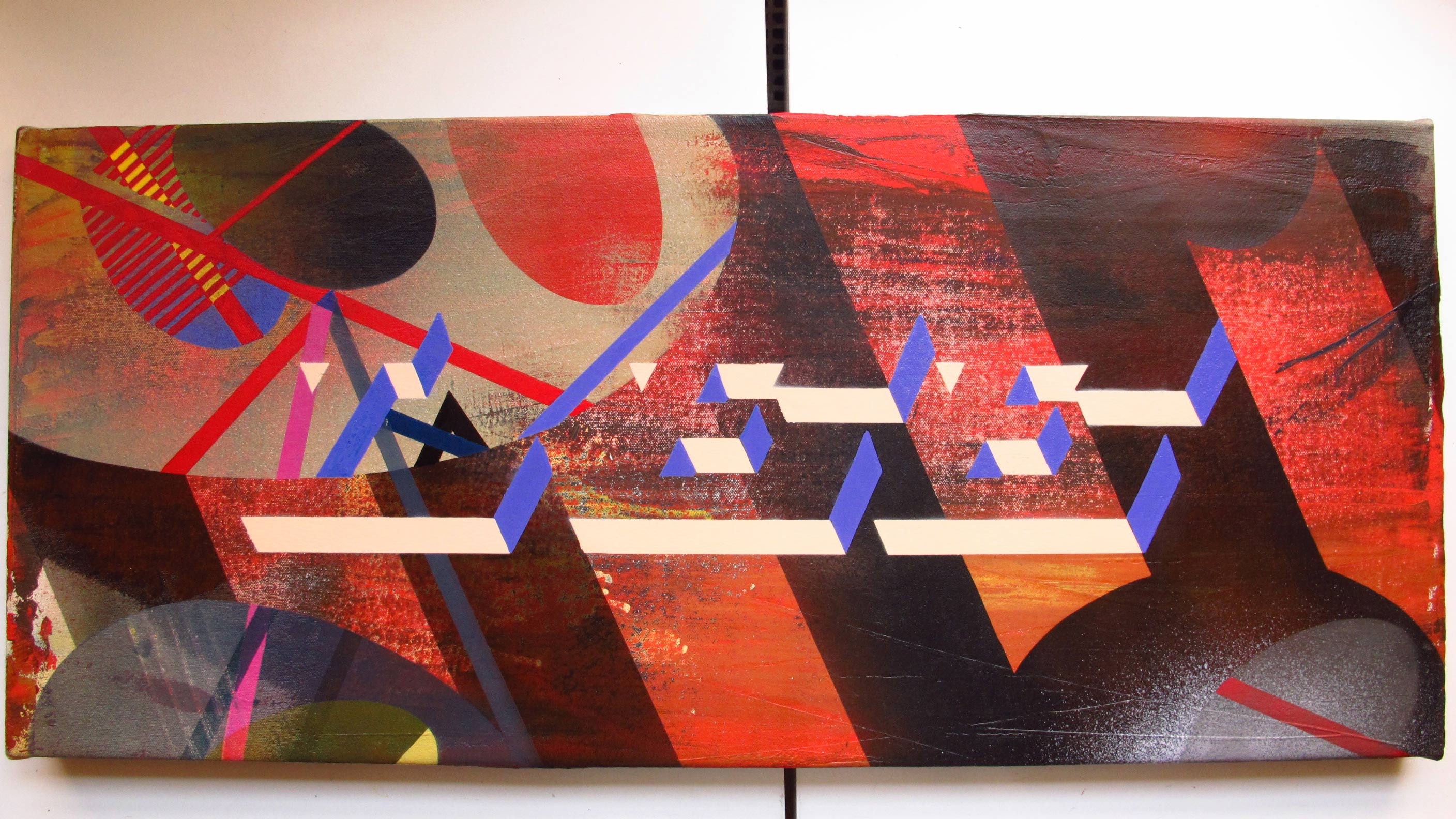 A large number of similarly talented artists were soon homing in on the same places, competing for the best spots in NYC. But Quiñones always saw the community as constructive. “We were very much in touch with one another, it was about camaraderie,” he says of his peers. “Conflict only existed as a basis for our creative energies, because even rivalry can be a positive force.”

Indeed, it was through collaboration – his membership of NYC’s infamous graffiti crew The Fabulous Five – that saw him work on ‘The Christmas Train’, a 1977 project that saw the crew bomb an entire train; a monumental project that took two days and covered ten cars and was the first of its kind in the world. 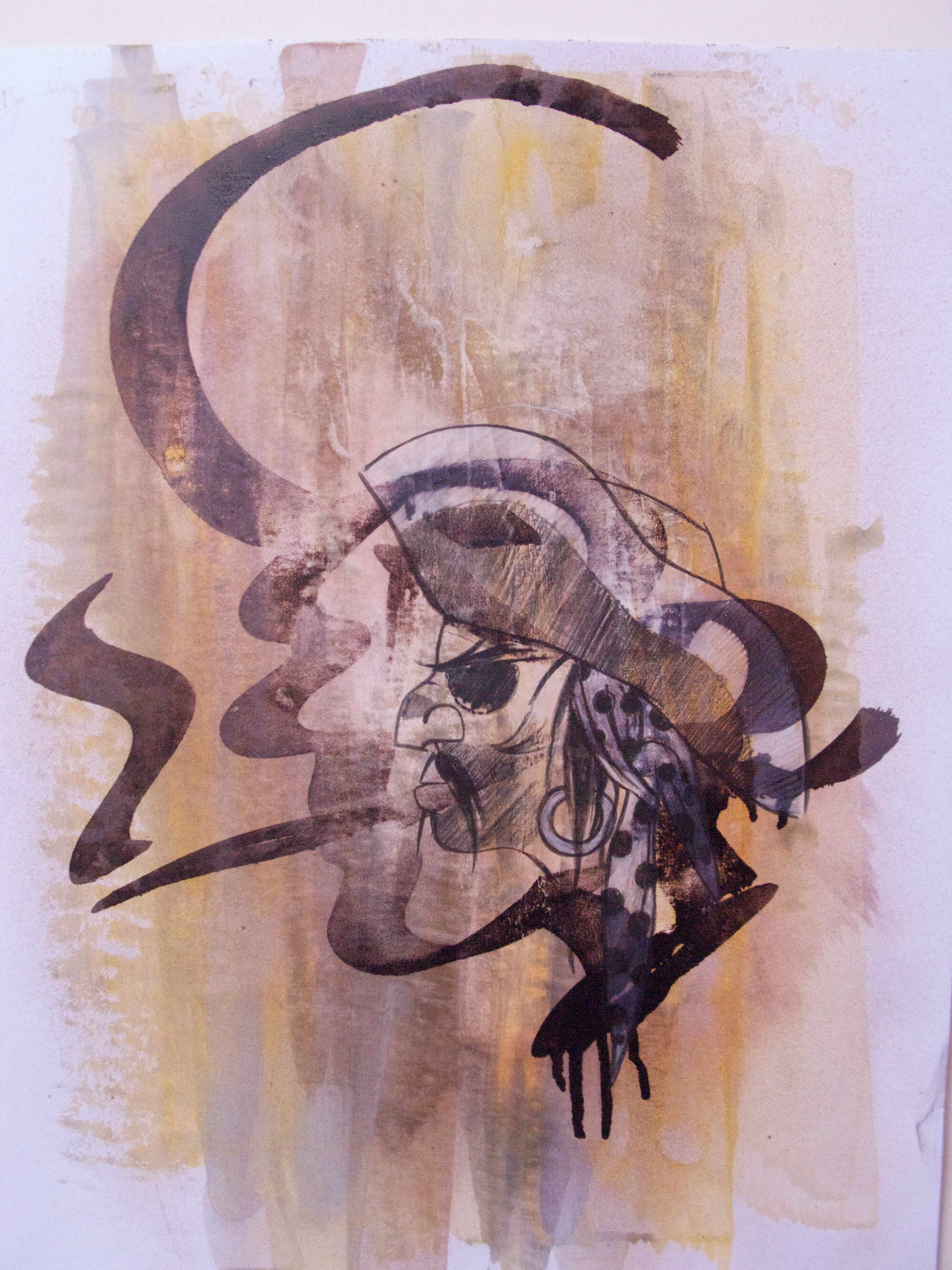 Quiñones couldn’t stay in the shadows for much longer. He was bringing an increased cultural relevance to street art, and a solo exhibition in Europe had illuminated him in a broader critical light. “It was all rather shocking. I had to adjust to being embraced by outside society.” It was this adjustment that saw him almost turn down the lead in Wild Style – a film essentially based on his own life. “I was reluctant, I was still actively painting the subways at that time and I was afraid the film would expose that,” he pauses. “I guess I didn’t want to expose how I operated.”

As a living artist Quiñones holds a unique place in history, but unlike the greats who’ve followed him, much of his finest work is lost forever. It’s a hard price to pay, but forty years on he’s philosophical about the ebb and flow of the art world. “What people don’t realise is that every important movement throughout history has had a series of waves before eventual recognition – pinnacles, peaks and powerful refills in between. […] Those waves have been coming in since my first European exhibition in 1979, and for a while they seemed to recede, only to come back again with a palette of
new talent.” 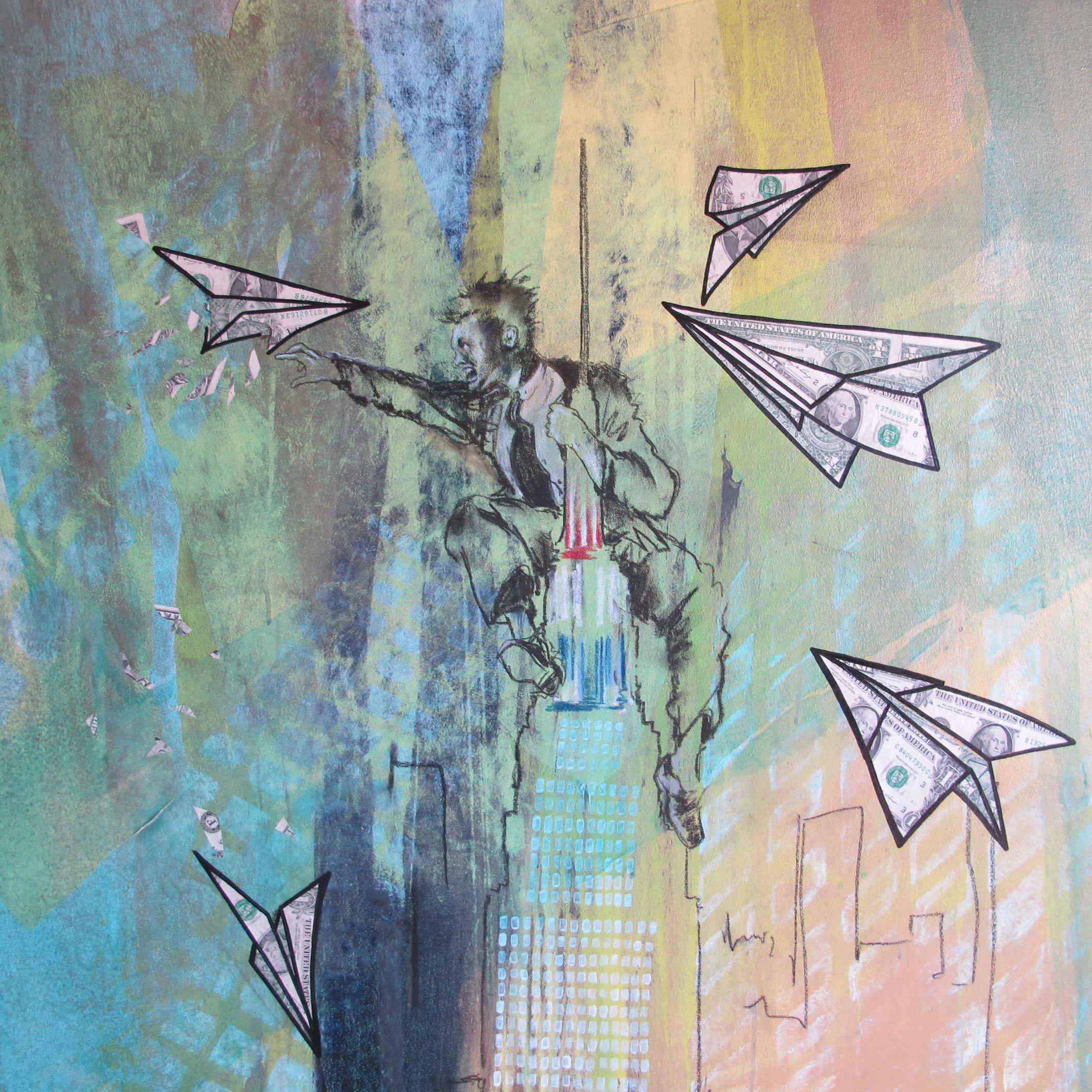 And it’s a resilience to the whims of those tides that – much like the artistic movement he pioneered – still sees him flourish today. “It has taught me more about myself than anything else. Because through thick and thin, I kept my brushes wet.”

Linkedin
RELATED ARTICLES
OTHER ARTICLES
A walk-and-talk with photographer Ricky Powell, the New York City busboy who took over the downtown scene.
Director Manfred Kirchheimer reminisces about his underground graffiti hit and laments how New York has since been cleansed of its colour and creativity.
South Korean photographer Pep Kim has documented New York City’s skate scene with a fresh, outsider’s perspective since arriving from South Korea.