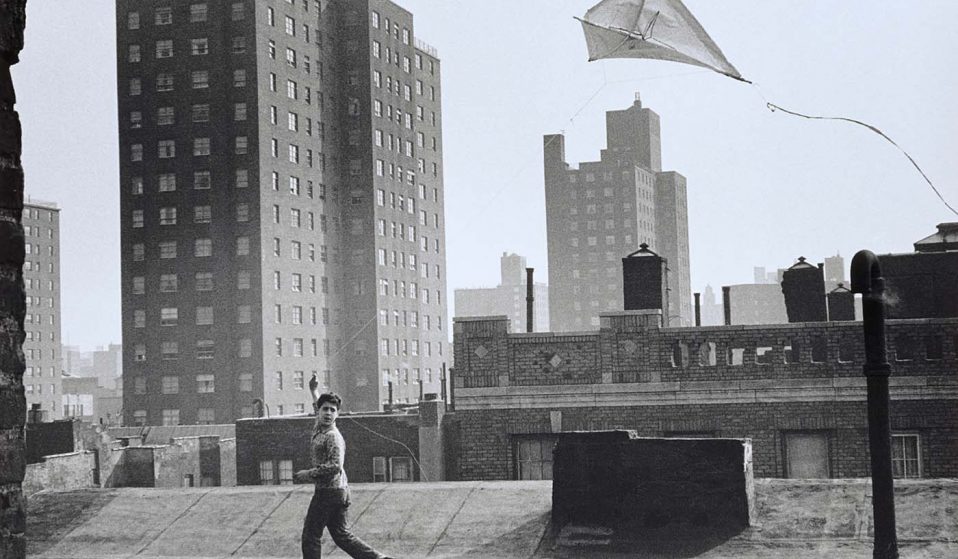 The activist group fought to empower Puerto Rican, Latinx and other colonised communities in the US. Half a century on, and their fight is far from over.

The activist group fought to empower Puerto Rican, Latinx and other colonised communities in the US. Half a century on, and their fight is far from over.

The Young Lords, New York celebrated their 50th anniversary on July 26 this year – just two days after massive peaceful protests that lead to the resignation of Puerto Rican governor Ricardo Rosselló. It was a powerful testament to the courage and strength of community-based activism in the on-going fight for health, housing, education, and food – the tenets of basic human rights.

“Those four issues are still prominent issues that people in Puerto Rico are thinking about after Hurricane Maria,” says Yasmin Ramirez, curator of Pasado y Presente: Art After the YLP 1969-2019. “They are questioning how can we become self-sustainable in this time of climate change.”

Originally formed in Chicago in 1960, the Young Lords were a turf gang that fought to empower Puerto Rican, Latinx and other colonised communities in the US. The New York faction opened in 1969.

“Young people today are inspired by the example of the Young Lords, whose average age was 15–24,” says Ramirez, when asked about their enduring appeal. “They are still fighting for the same issues on the island and in the US. It’s very sad for us, but at the same time we are so grateful that many of the Lords are still with us and have been at the forefront of drawing attention to the problems in Puerto Rico.” 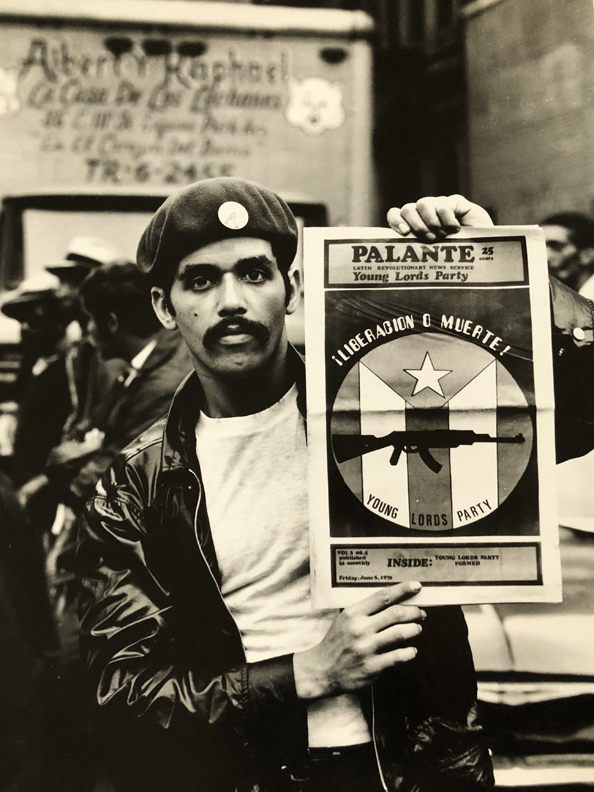 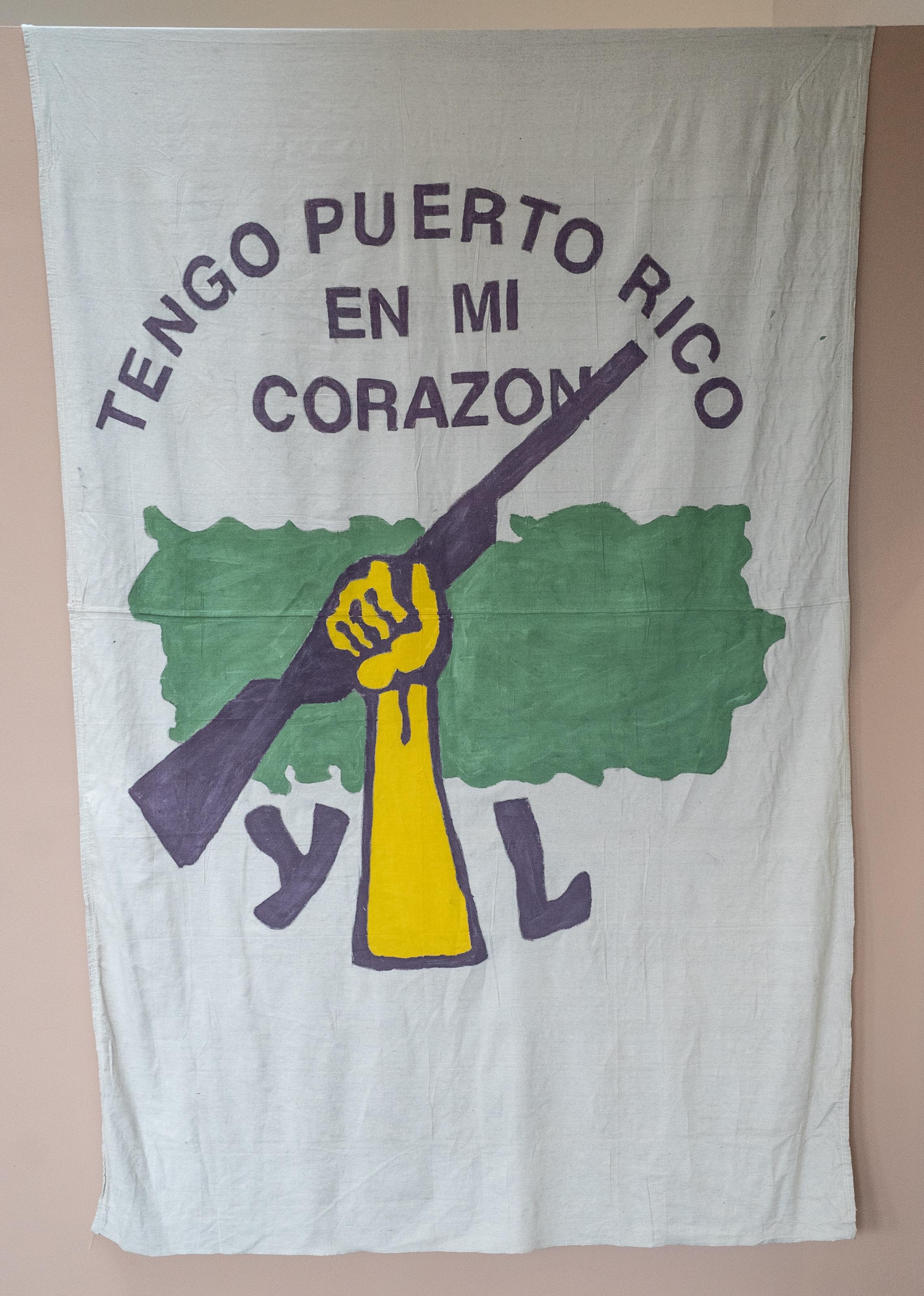 Understanding the importance of bridging generations, Ramirez organised Pasado y Presente as the second iteration of ¡Presente! The Young Lords in New York, the landmark exhibition she co-curated with Johanna Fernández in 2015. “All the artists in the exhibition are also activists,” Ramirez says. “We wanted to bring some of the voices involved in fighting the debt crisis and Hurricane Maria that were not present in 2015.”

Among the participating artist-activists is Shailene Rodriguez, leader of Decolonize Now, who led the charge against Warren B. Kanders, vice-chair of the Whitney Museum and owner of Safariland, which produces tear-gas canisters and other supplies used by military and law enforcement. “It just so happened that the stars were aligned: Kanders resigned on July 24 as well,” Ramirez says.

These actions cannot be chalked up to mere coincidence, but to the ongoing efforts of social practice artists, activists, and community organisers whose work follows the principles of the Young Lords.

“Our interest doesn’t stop when you walk out of the exhibition – in fact, that’s where it should begin,” Ramirez says, noting that Pasado y Presente is organised in conjunction with a series of community-based events. “Come to our programs and meet the Lords and activists. We are doing this to bring together two generations of activists in conversation.” 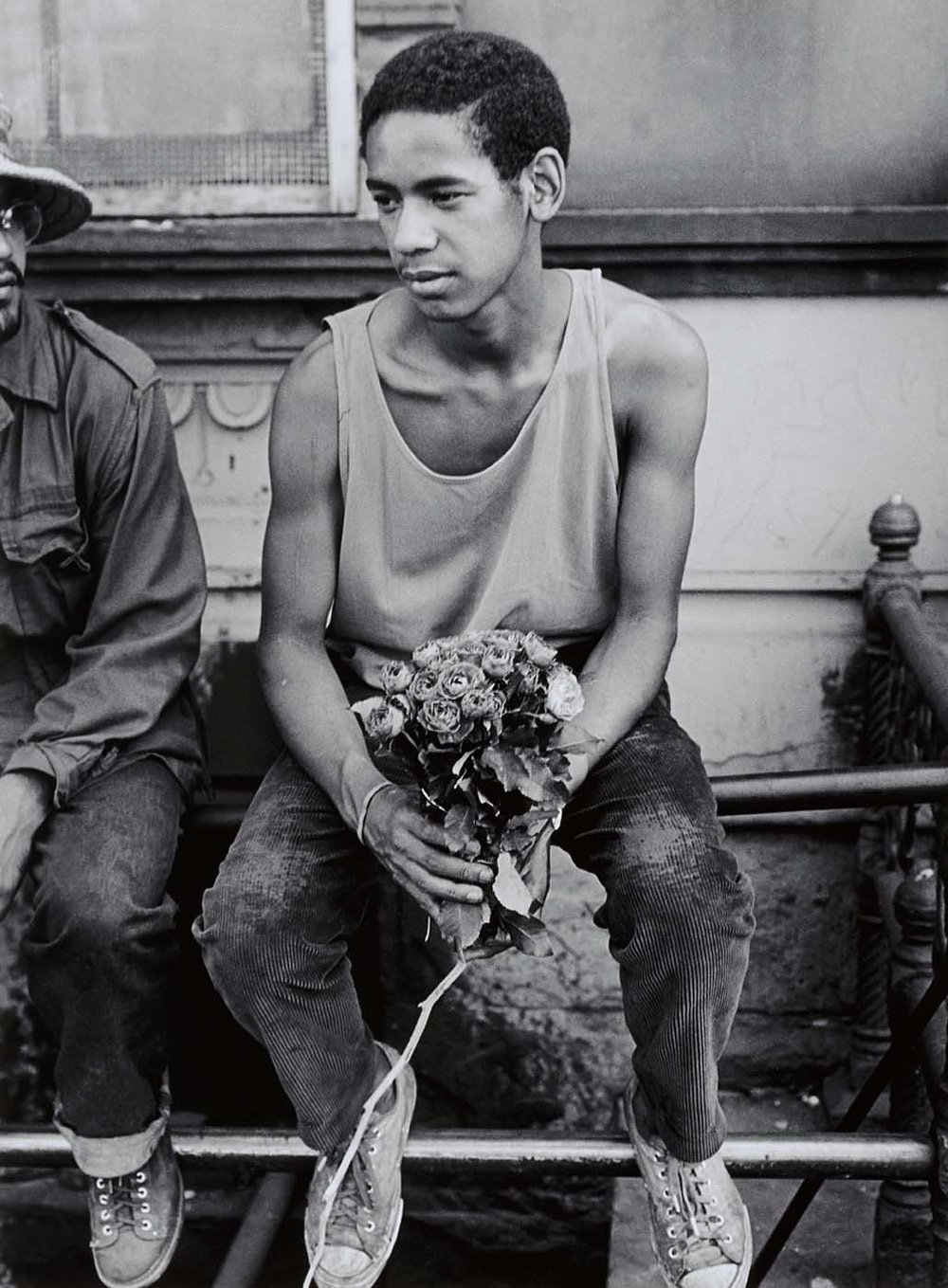 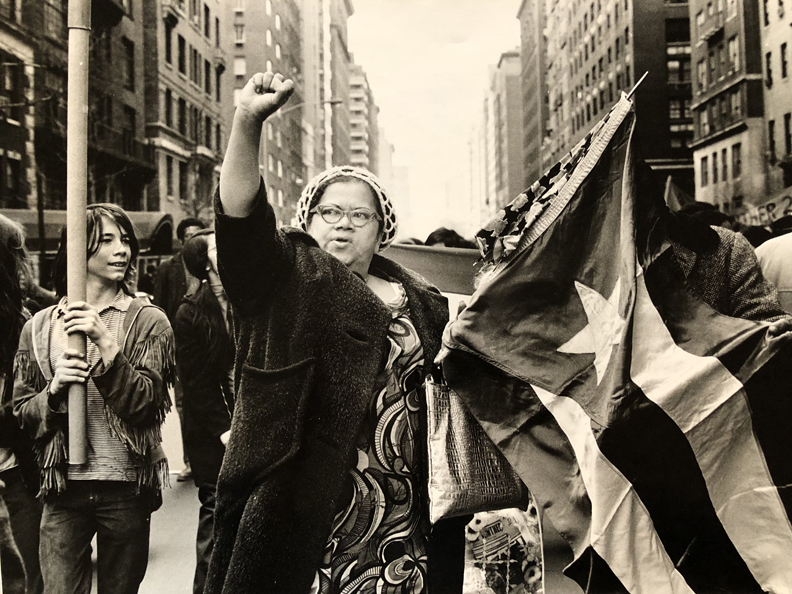 It’s a conversation that continues on the streets of Spanish Harlem with Mapping Resistance: The Young Lords in El Barrio, a public art project organised by artist Miguel Luciano. The show features the photography of Hiram Maristany, official photographer of the Young Lords and founding member of the New York chapter.

Martistany’s iconic photographs were originally published in Pa’lante, the Young Lords newspaper, which was an integral part of the movement. “They had a vehicle of distribution where they controlled their self-image and gave us our first pictures of Puerto Rican leadership for independence,” Ramirez says.

Both exhibitions are important reminders of the power of creating a visual language through dress, demonstrations, art, and media to inspire, uplift, and unite the community in the on-going fight against Western hegemony. 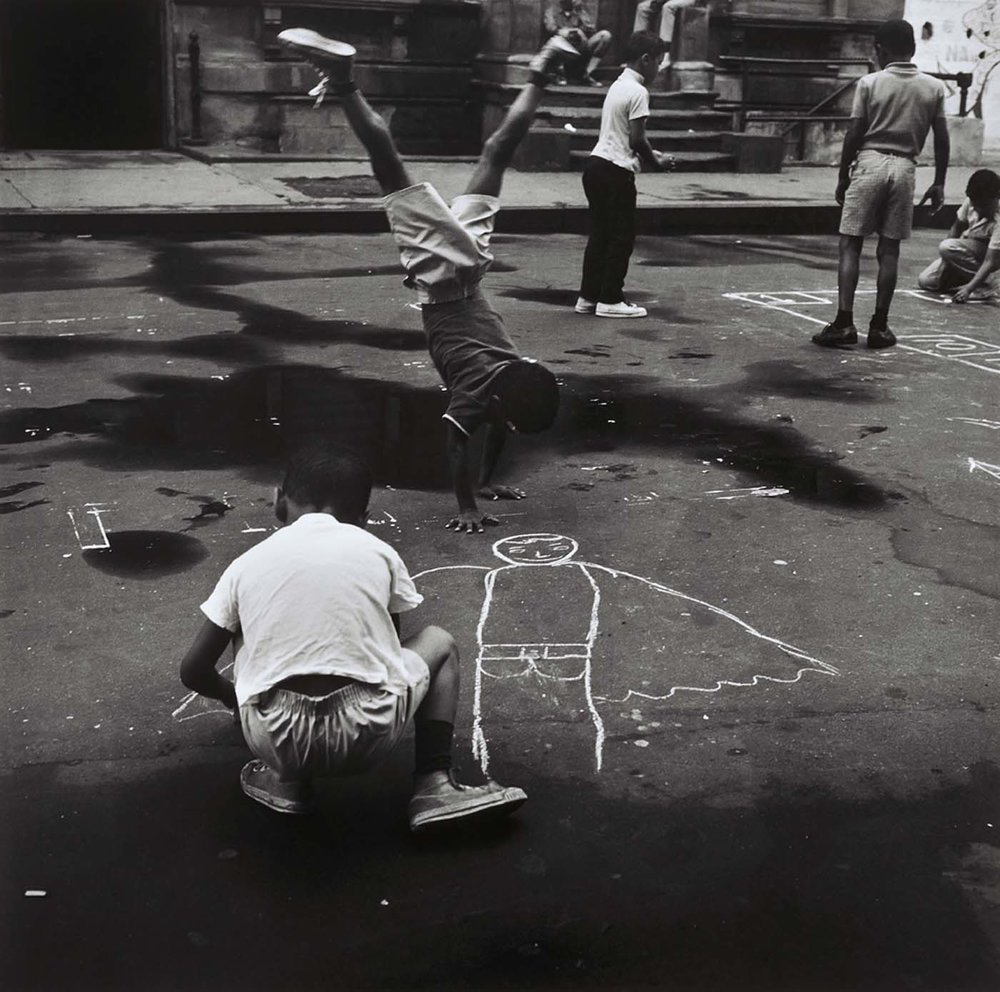 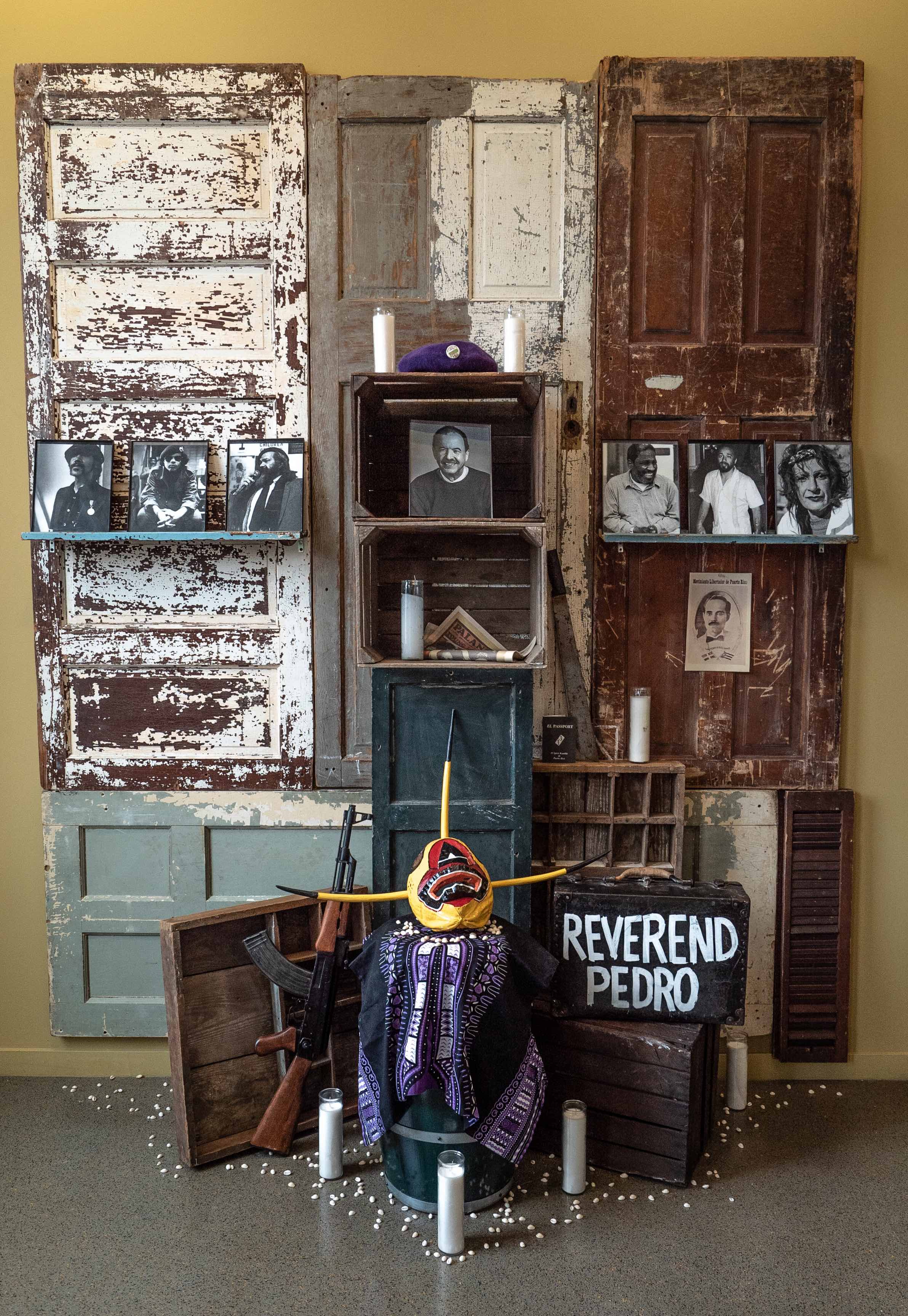 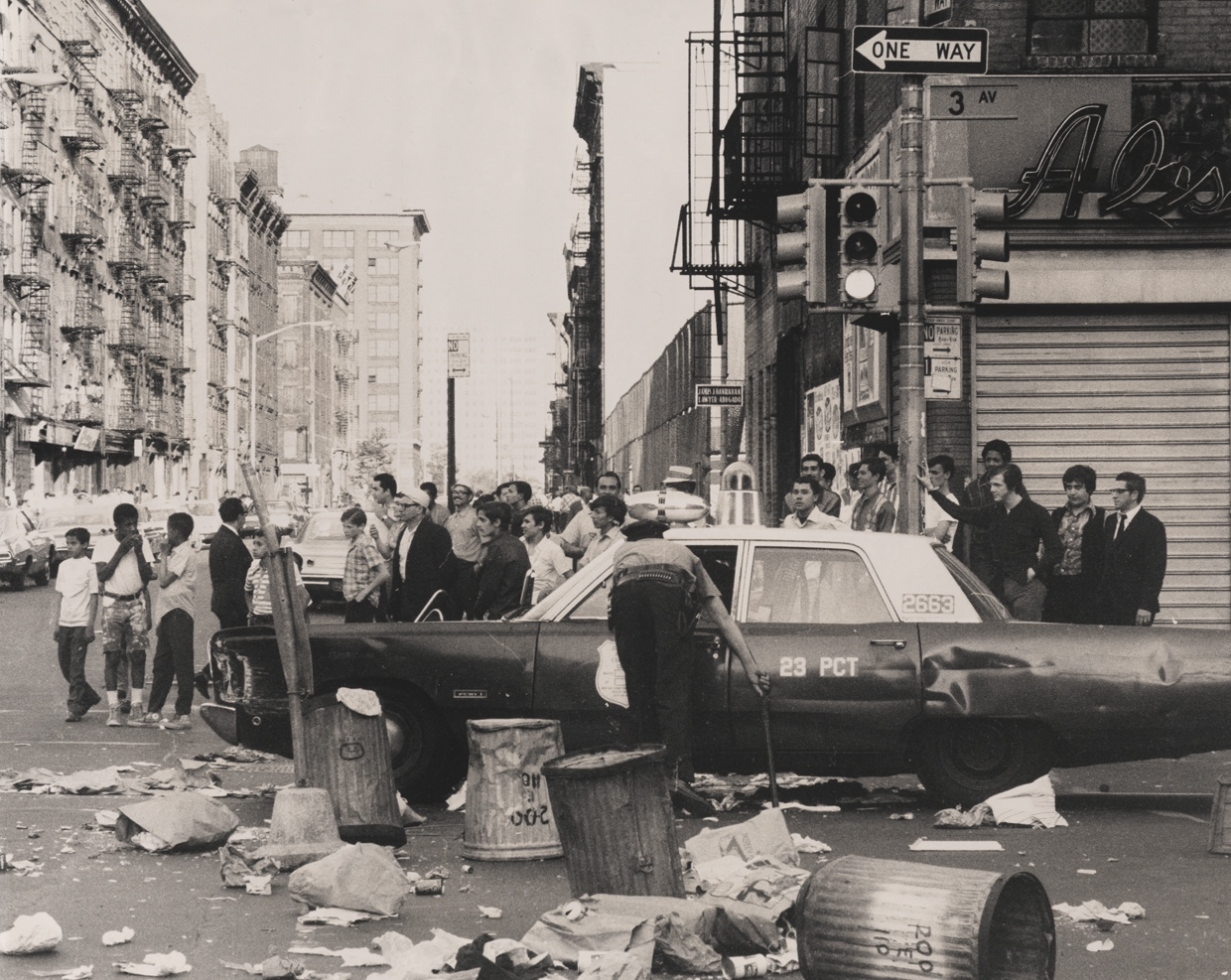 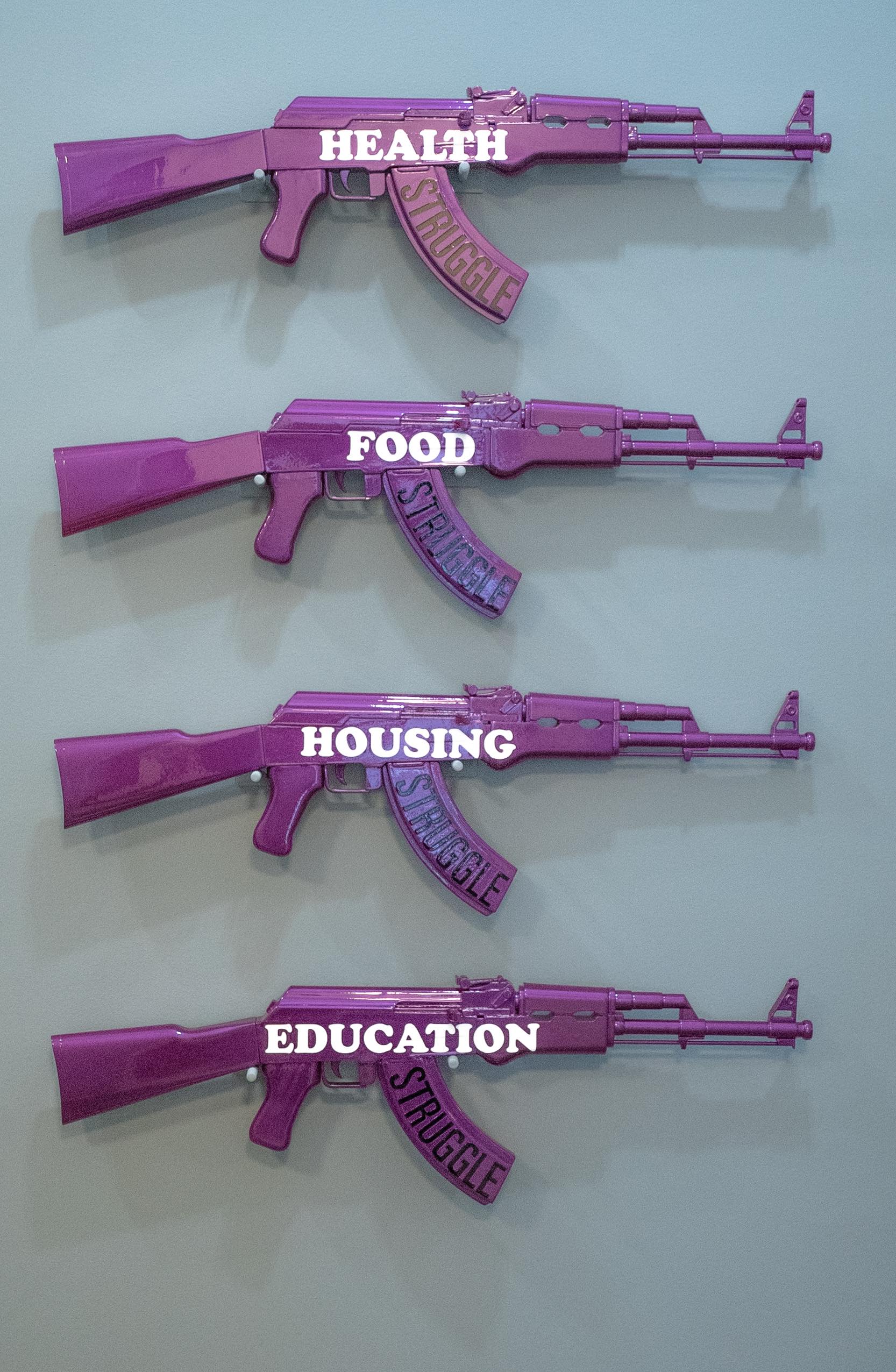 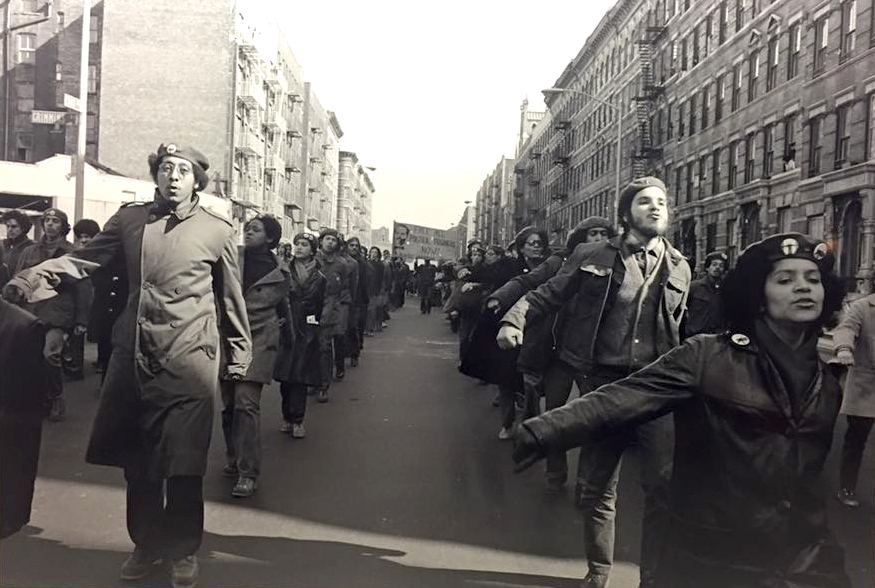 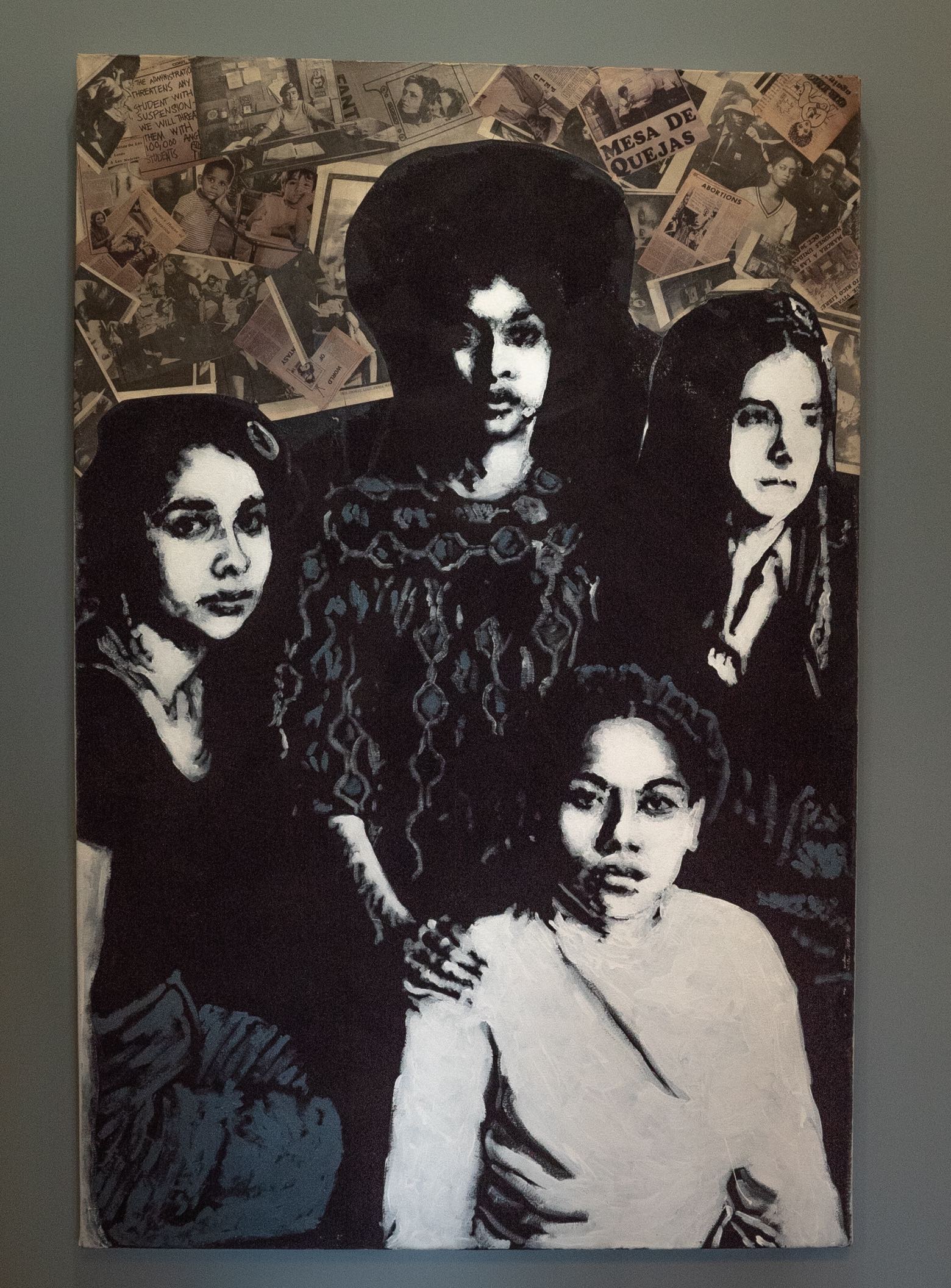 Mapping Resistance: The Young Lords in El Barrio is on view at El Museo in New York until September 30, 2019.

Linkedin
RELATED ARTICLES
OTHER ARTICLES
With abuse of call-centre staff on the rise, many are now speaking out about the hostility they’ve faced.
In the UK, Hongkongers are continuing to stand in solidarity with the pro-democracy movement.
Ahead of the policing bill reaching its final stages in the Lords, protestors came together to rally against the legislation.
From the queues outside to the last ones standing, Francesco Mellina’s new photo book follows a night that has gone down in the Northern-Soul history books.
As the role of the nuclear family is increasingly called into question, people are finding new ways to exist outside heterosexist norms.
A new book traces the legislation’s tumultuous history and the lasting impact its had on LGBTQ+ activism today.