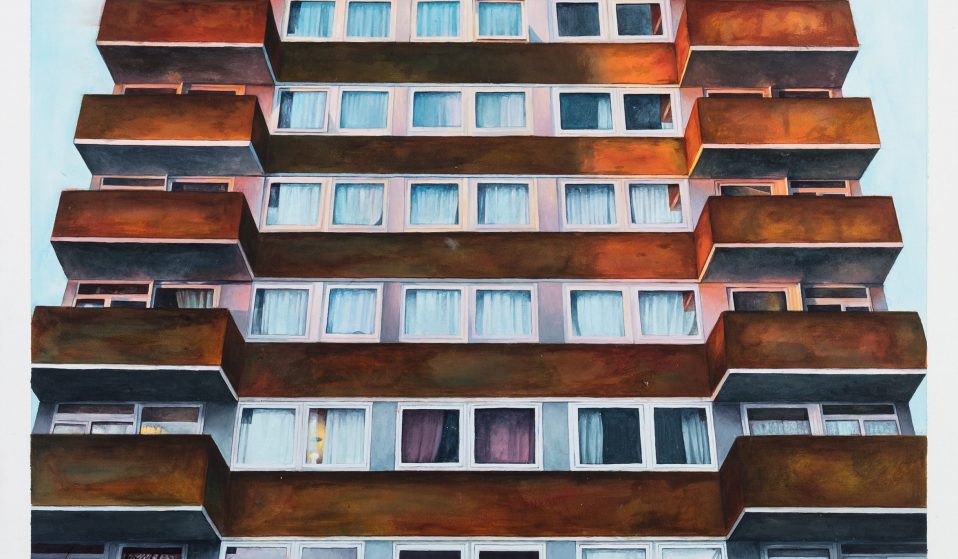 From lamplit street corners to red-brick estate fronts: artist Frank Laws pays tribute to the mundane magic of the city.

From lamplit street corners to red-brick estate fronts: artist Frank Laws pays tribute to the mundane magic of the city.

The word ‘Sonder’  – coined in 2012 by the Dictionary Of Obscure Sorrows – is the realisation that “each random passerby is living a life as vivid and complex as your own.”

It’s when meandering around London between midnight and dawn; when the light of the sunrise slowly breaks apart the obsidian into pieces of pink, lilac and indigo, that I often get struck by this feeling, especially when walking past people’s well-lit homes.

That same feeling is pronounced when looking at the work of artist Frank Laws, whose recent exhibition, Monuments, is a collection of paintings documenting the architecture of East London housing.

The paintings are watercolours that depict front doors, lamplit street corners and red-brick estate fronts. Places like Regents and Rhodes Estate, or Beckford House and Banister House, are bathed in evocative lighting that replicates the feeling of walking past them alone at dusk, dawn or night.

“When you look at these, you see homes,” Laws explains. “I don’t put any people in it, but the buildings end up telling you about the people, and become characters in themselves.” 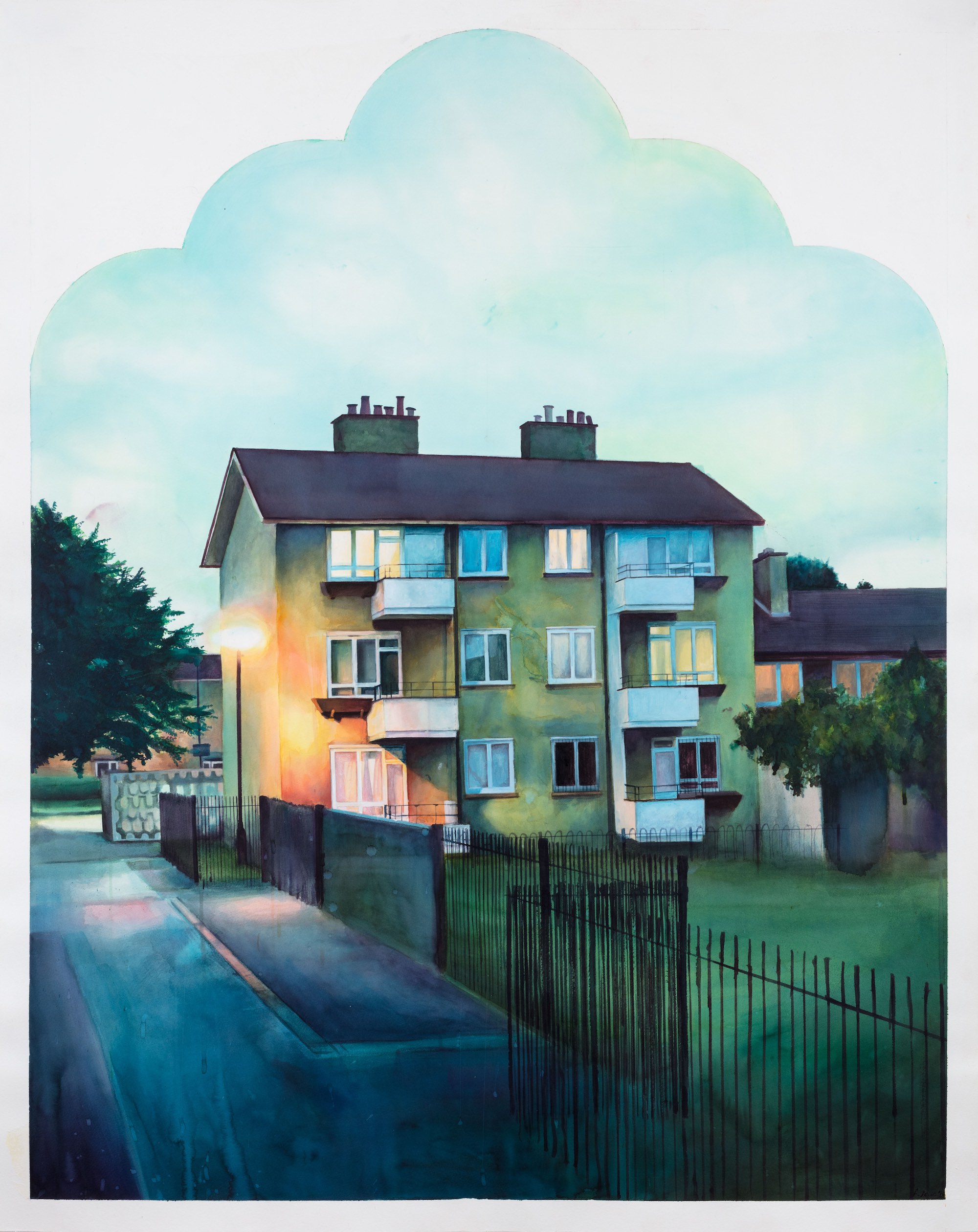 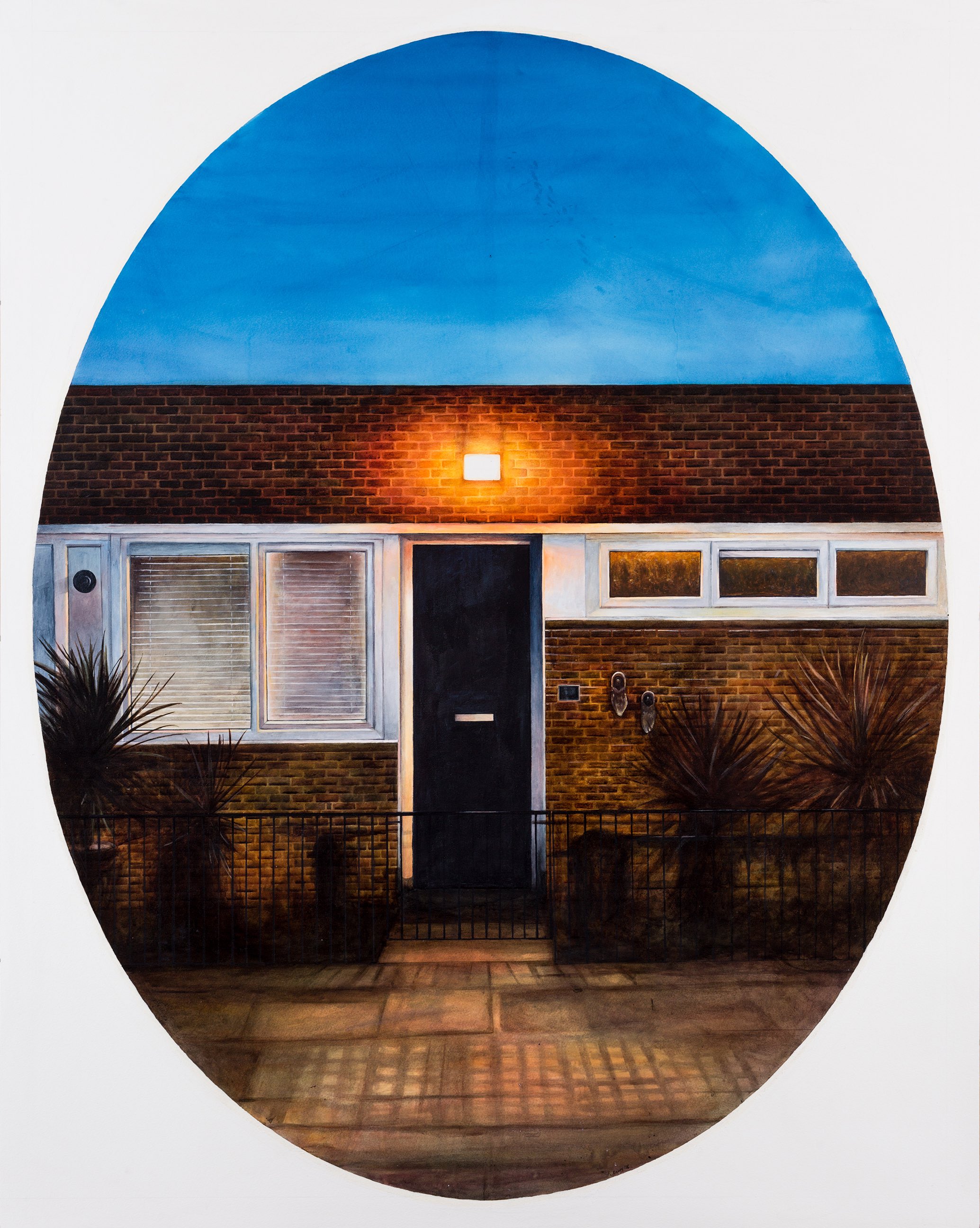 “There are loads of people that have told me that the pictures remind them of their own times in around their own homes, coming back from football, or ‘I grew up in a place like that’, or ‘this reminds me of my mum is shouting at me to come in at night.’”

As Brutalism and the architecture of post-war social housing become increasingly glorified in popular culture, it’s easy to forget that these buildings are, first and foremost, where people live. For example, when Robin Hood Gardens – an east London estate that was a perfect example of post-war social housing in the UK – was set to be demolished, there was outrage over a very real sense of loss both socially and architecturally.

It was labelled as an act of “vandalism” by Simon Smithson, the son of one of its original architects, and the V&A Museum even went to great lengths to salvage a three-storey section of it. At the time, they said that it wasn’t “just the object” that they wanted to preserve, but the issues around “social housing and urbanism”. Laws’ Monuments collection, albeit in a less literal way, has a similar aim of preservation.

“I wanted to highlight these very normal houses,” says Laws. “Robin Hood Gardens is a monument to the architecture of social housing, but this is more about giving everyday houses a monumental status.”

“My fantastical idea is that one day in the future these might become future relics. As an idealist, I’d like to think in 100 years time people might look at these paintings and be amazed at what East London used to look like.” 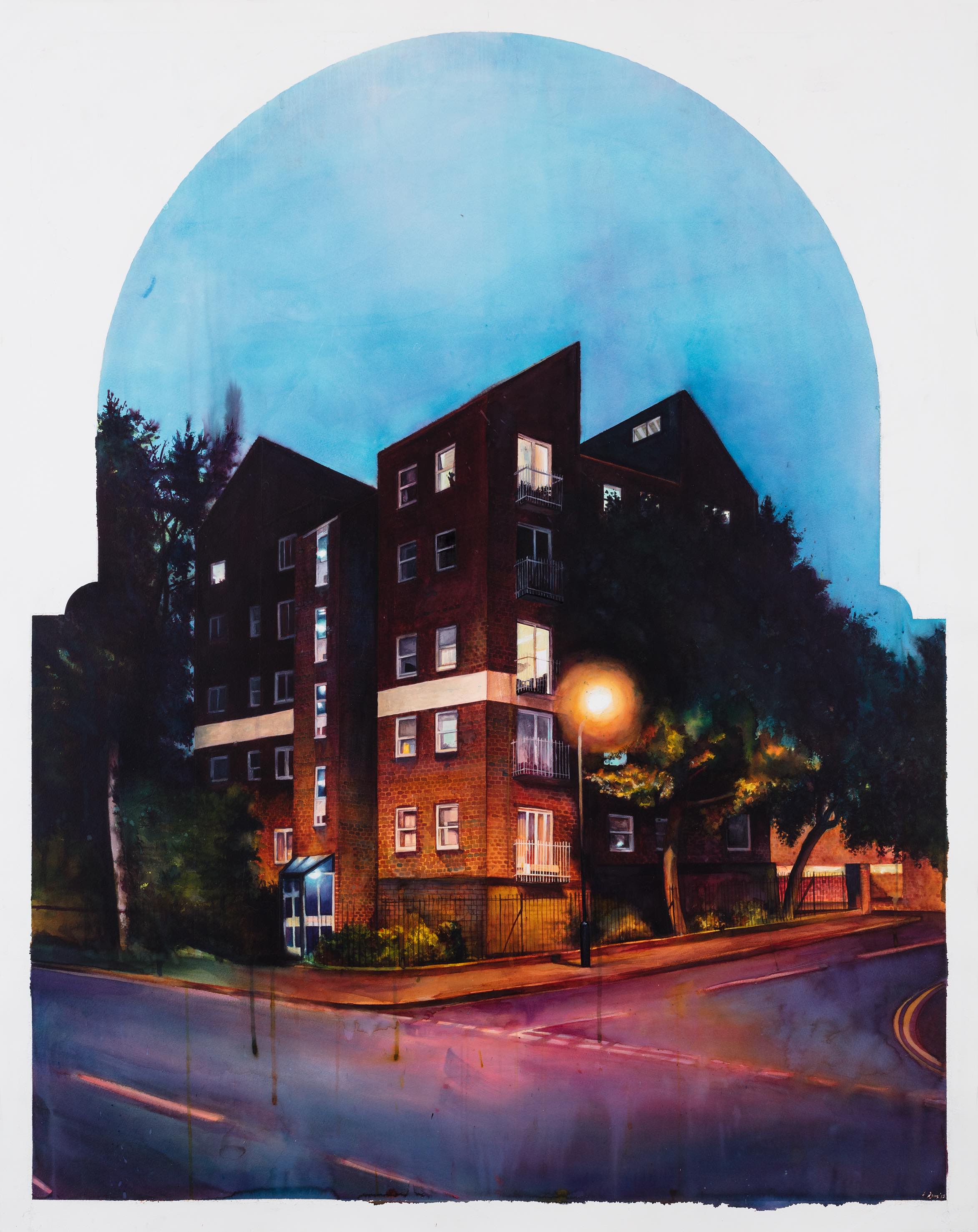 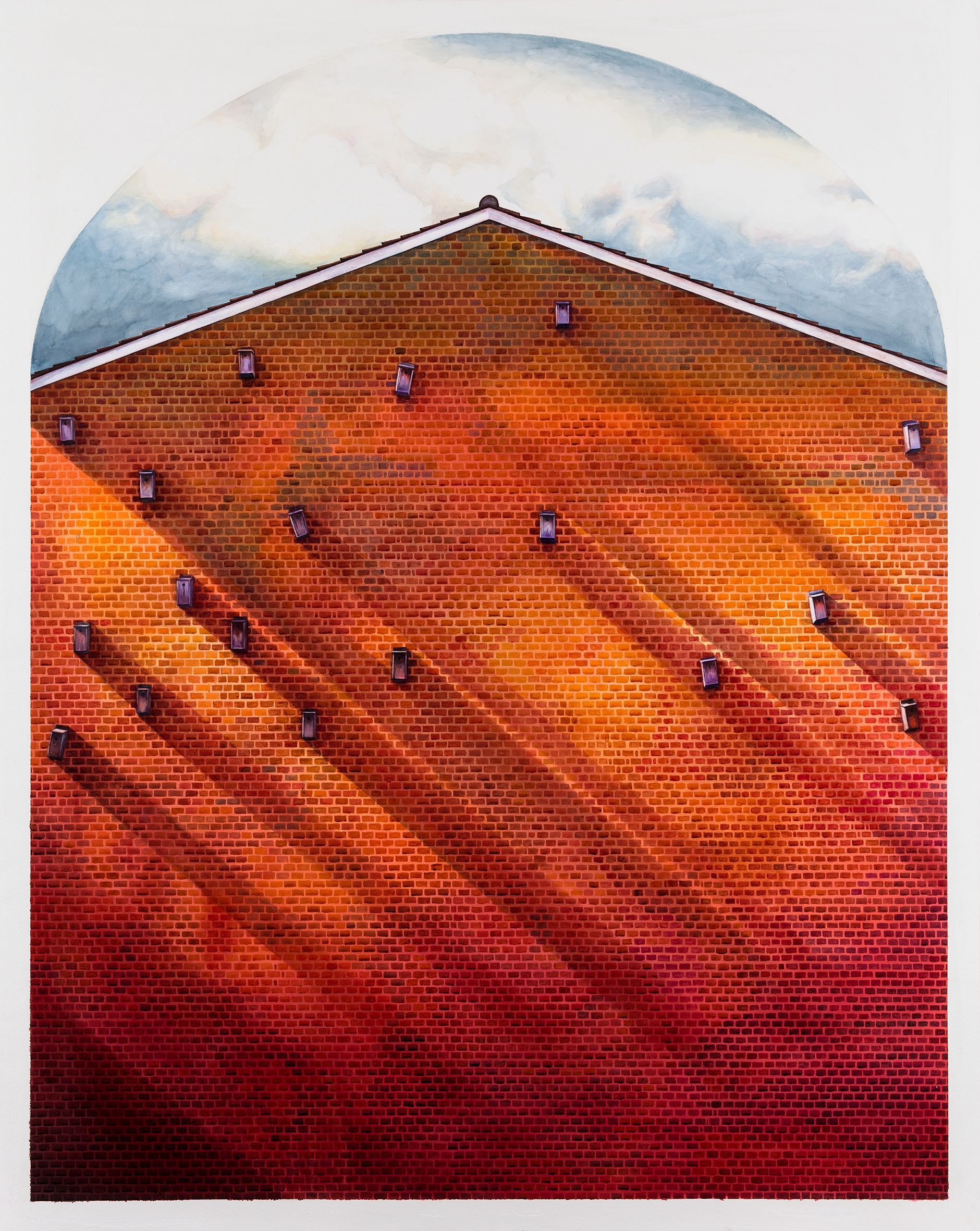 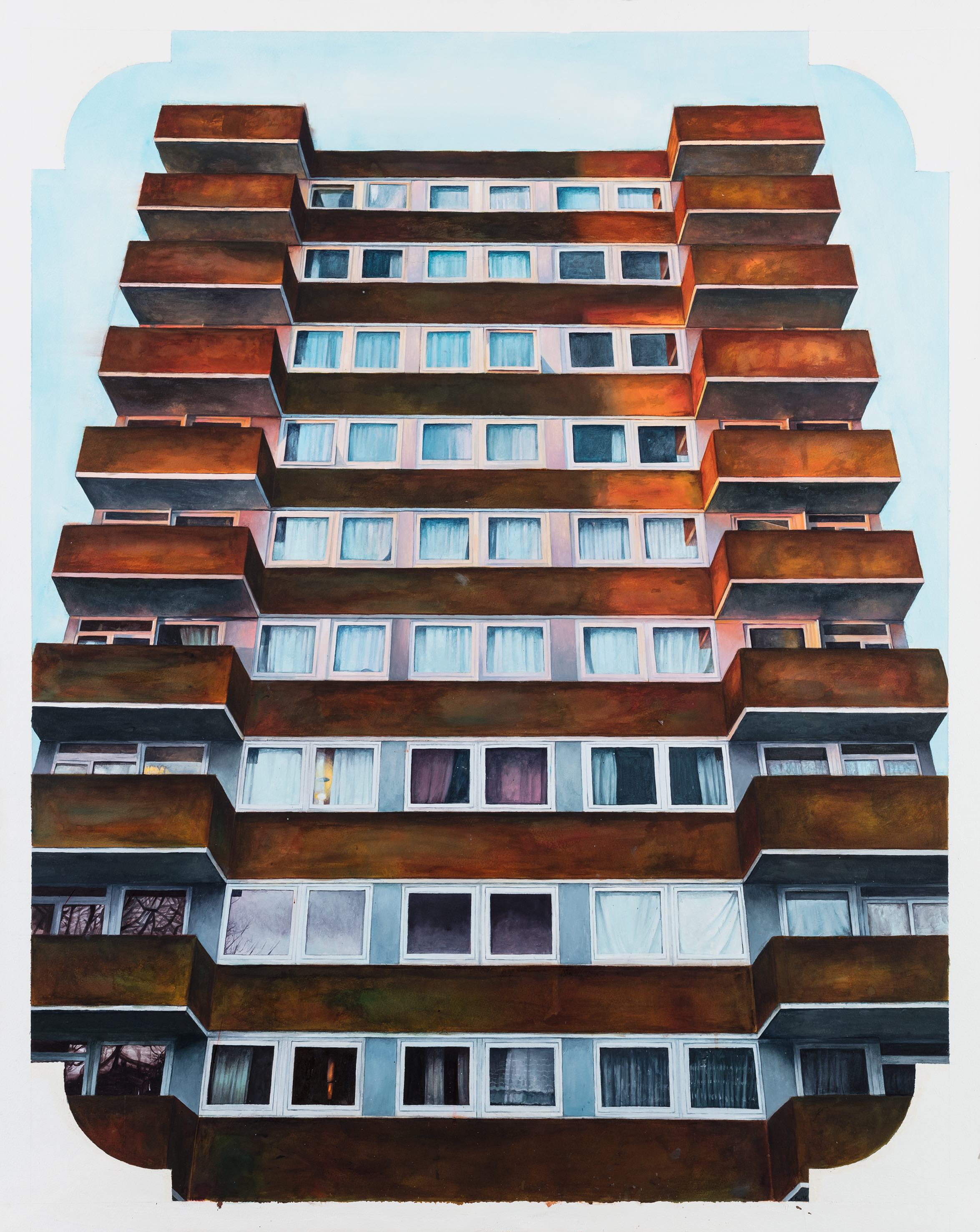 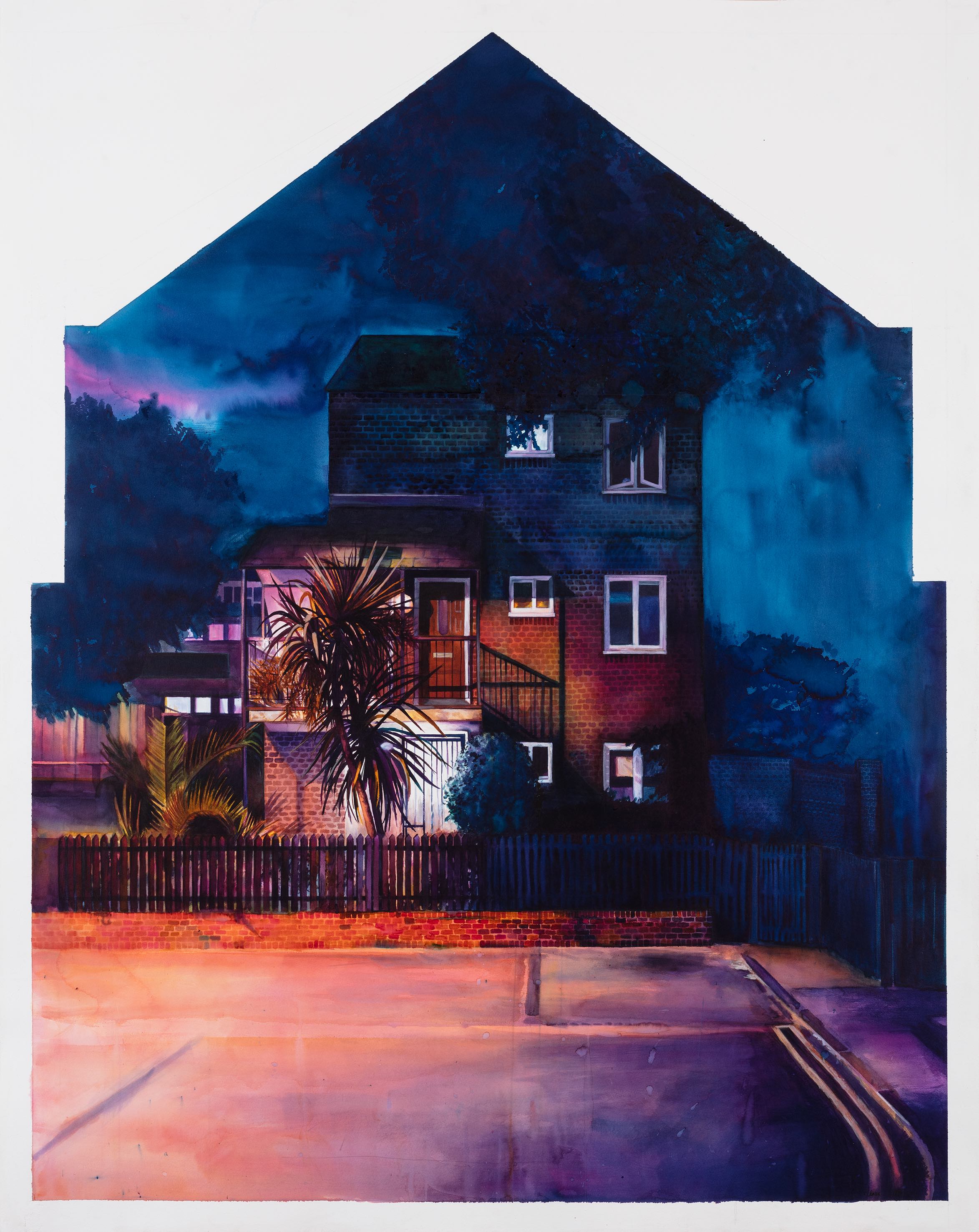 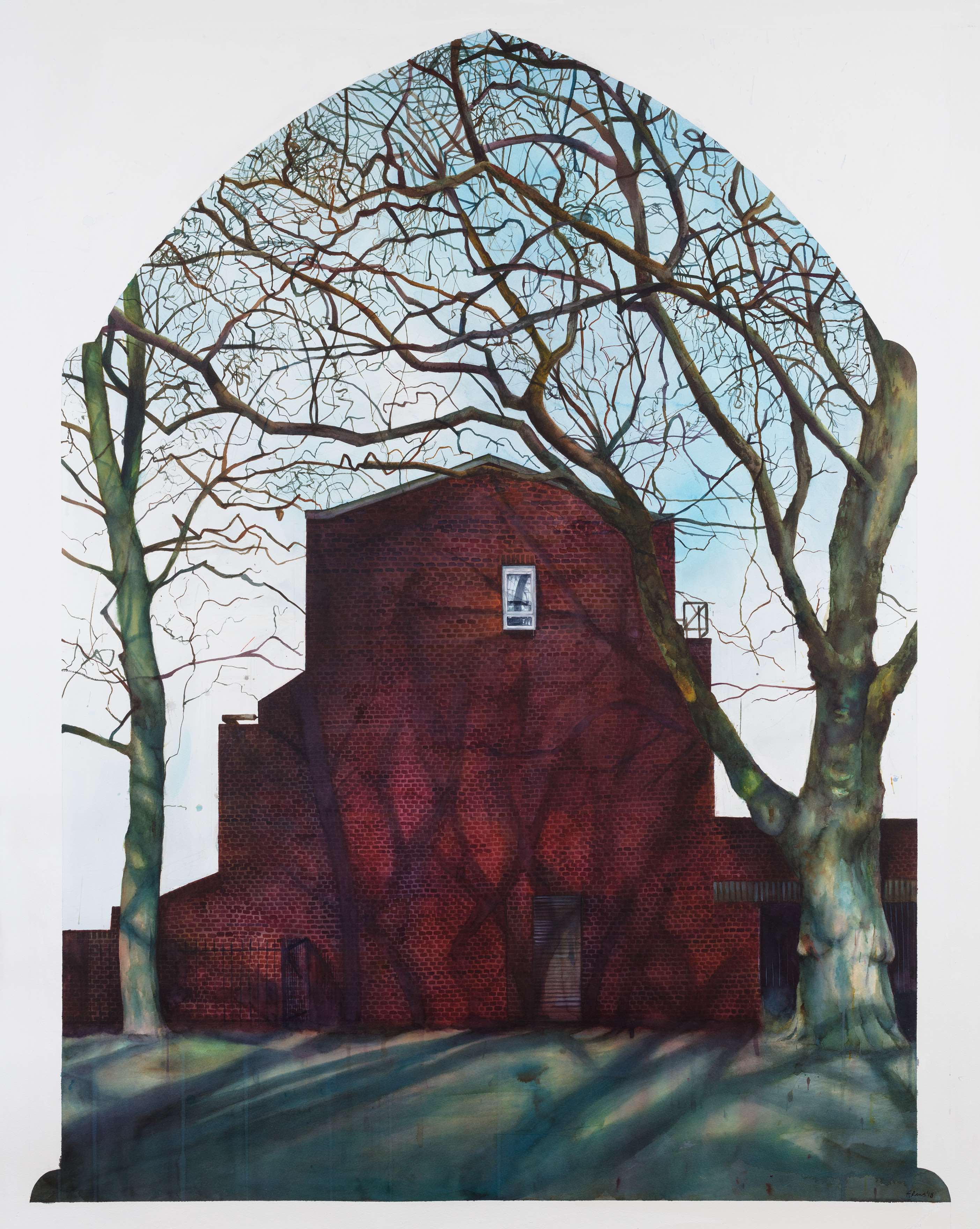 See more of Frank Laws work on his official website.

Linkedin
RELATED ARTICLES
OTHER ARTICLES
Photographer David Hoffman recalls documenting the extreme wealth inequality around Tower Hamlets and Hackney int the 1980s.
The last few years have seen an increase in LGBTQ-led initiatives to feed the hungry, with many finding ways to stay afloat despite the challenges.
Finland-born photographer Sirkka-Liisa Konttinen looks back on her decades-long documentation of life in Northern England.
With inflation now at a 40-year-high of 9 per cent, demonstrations organised by TUC took place to demand action from the government.
Freddie Miller’s new series of photographs investigates who today’s trainspotters are and what drives their unfettered enthusiasm.
For decades, an area of East London has served as a community hub for Vietnamese people looking for a taste of home.