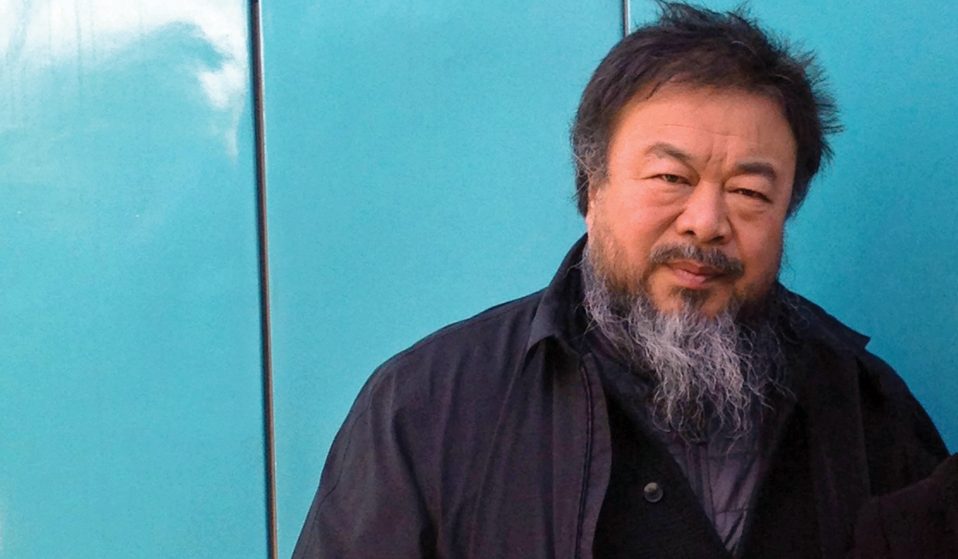 Photography © From Ai Weiwei: Yours Truly, published by Chronicle Books 2018

The trailblazing Chinese artist celebrates the activist history of postcards and letter writing in his new book, Yours Truly – Art, Human Rights, and the Power of Writing a Letter.

The trailblazing Chinese artist celebrates the activist history of postcards and letter writing in his new book, Yours Truly – Art, Human Rights, and the Power of Writing a Letter.

Ai Weiwei was born in 1957 – the same year that China declared his father, celebrated poet Ai Qing, an enemy of the state for advocating for free speech. For the next two decades, the family lived in labour camps. As political prisoners, their confinement was designed to break them – yet they persevered.

“Ai Weiwei recalls his father receiving an anonymous postcard – unsigned to ensure the sender’s safety – commemorating the publication of Ai Qing’s most famous poem. His father took great solace in the card, and Ai Weiwei never forgot it,” says David Spalding, editor of Ai Weiwei: Yours Truly – Art, Human Rights, and the Power of Writing a Letter (Chronicle).

The book brings together the magnificent undertaking that was @Large: Ai Weiwei on Alcatraz (2014-15), a massive art installation that drew 900,000 over seven months. Within the show, Ai created a space for visitors to write postcards to political prisoners around the globe. The book spotlights five prisoners, including Chelsea Manning, to reflect on the ways in postcards informed their lives. 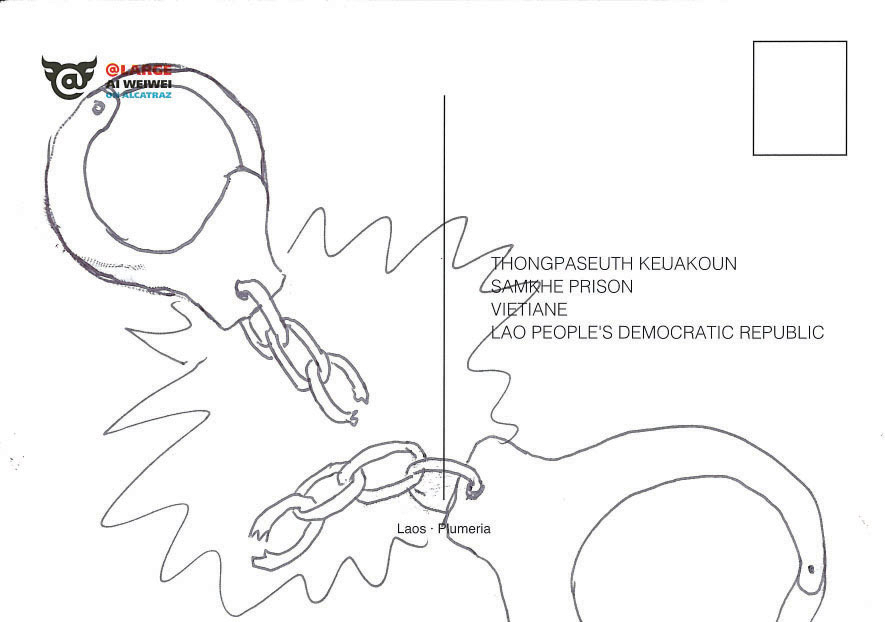 “I interviewed Chelsea Manning in 2015, while she was still incarcerated at Fort Leavenworth,” Spalding reveals. “I was particularly interested in trying to understand at what point Chelsea’s sense of injustice overshadowed her need for personal freedom. Such fundamental questions recur throughout the book – questions that I think are now more pressing than ever.”

“Chelsea’s responses were generous and forthcoming, and her fortitude is inspiring. I think many visitors to Alcatraz wrote to Chelsea because they were already familiar with her case and believe that her actions are defensible. Here was an American being held in deplorable conditions – while serving a draconian sentence – for revealing information about what the US government was doing in Iraq. Many people share Chelsea’s desire for greater government transparency and accountability, and wanted to let her know.” 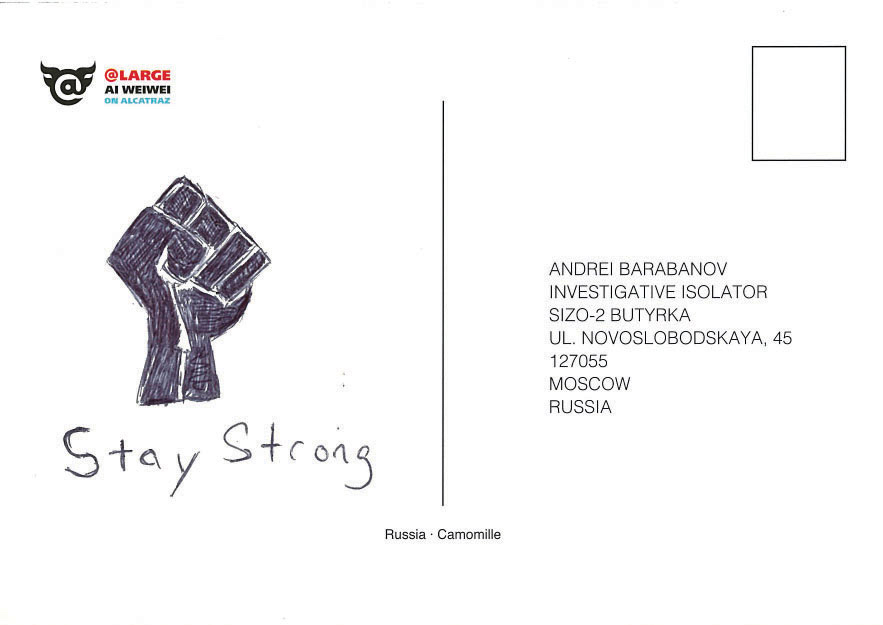 The book includes four pre-addressed, tear-out postcards so that readers can participate, and experience the small but transformational power of interpersonal communication. “In our digital age, there is something deeply personal about both the writing and the receipt of a postcard – a tangible, tactile message inscribed and delivered by hand and read by following the loops and strokes of someone hoping to be legible,” Spalding says. “A postcard cannot be simply deleted; it is lasting proof that someone cares.”

“The prisoners of conscience featured in Yours Truly – both those in the exhibition and in the book – are individuals from around the world who have been imprisoned for the peaceful expression of their beliefs or identity, though they have neither used nor advocated violence. They were vetted by Amnesty International, which also advised on which prisoners could safely receive postcards, given the conditions of their incarceration.”

“There are journalists who dared to report on governmental corruption; civil rights attorneys who merely tried to uphold the rule of law in the defence of disenfranchised clients; protesters calling for an end to extra-judicial killings, to name just a few. Each of the prisoners featured in the project is a case study in bravery.” 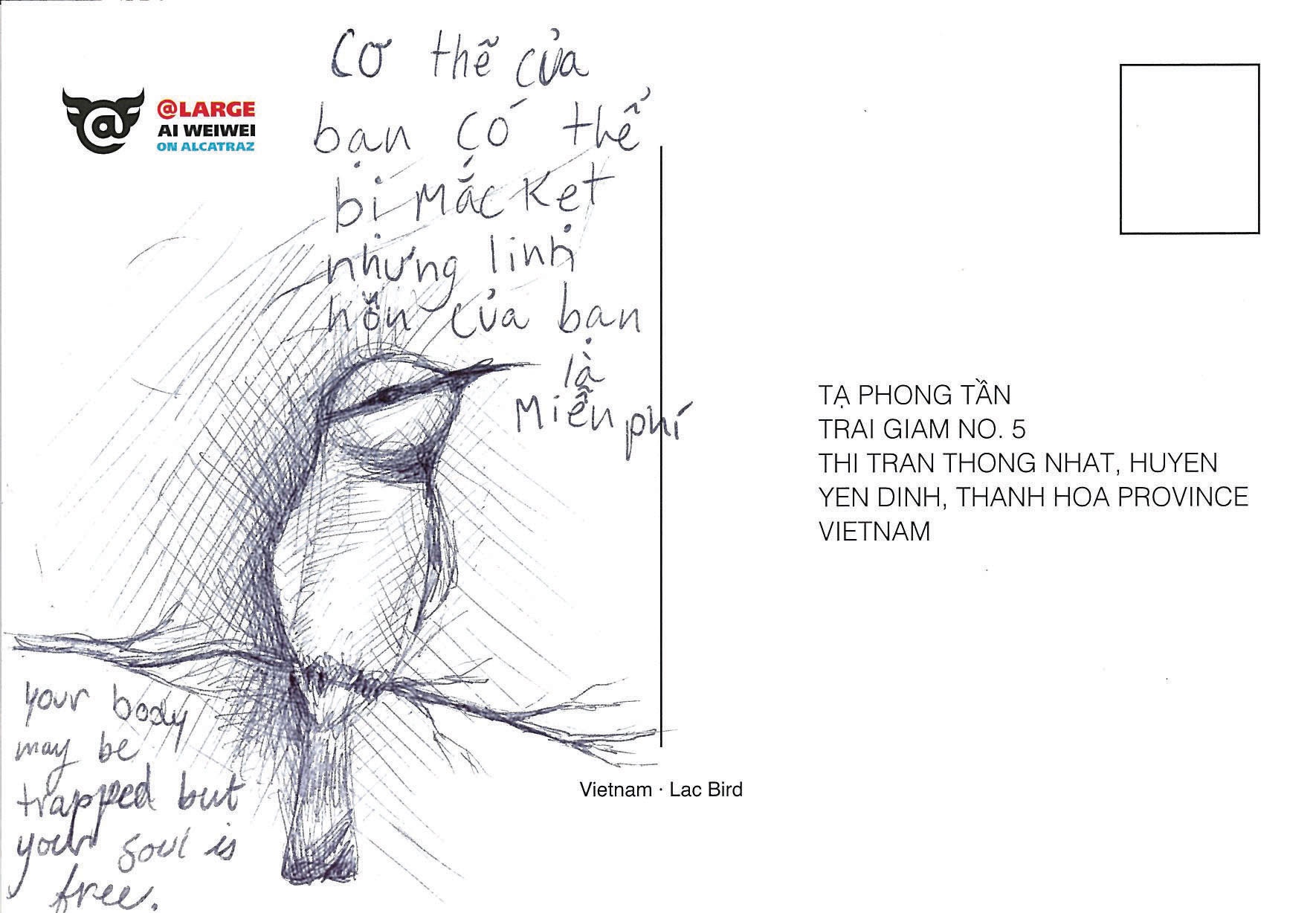 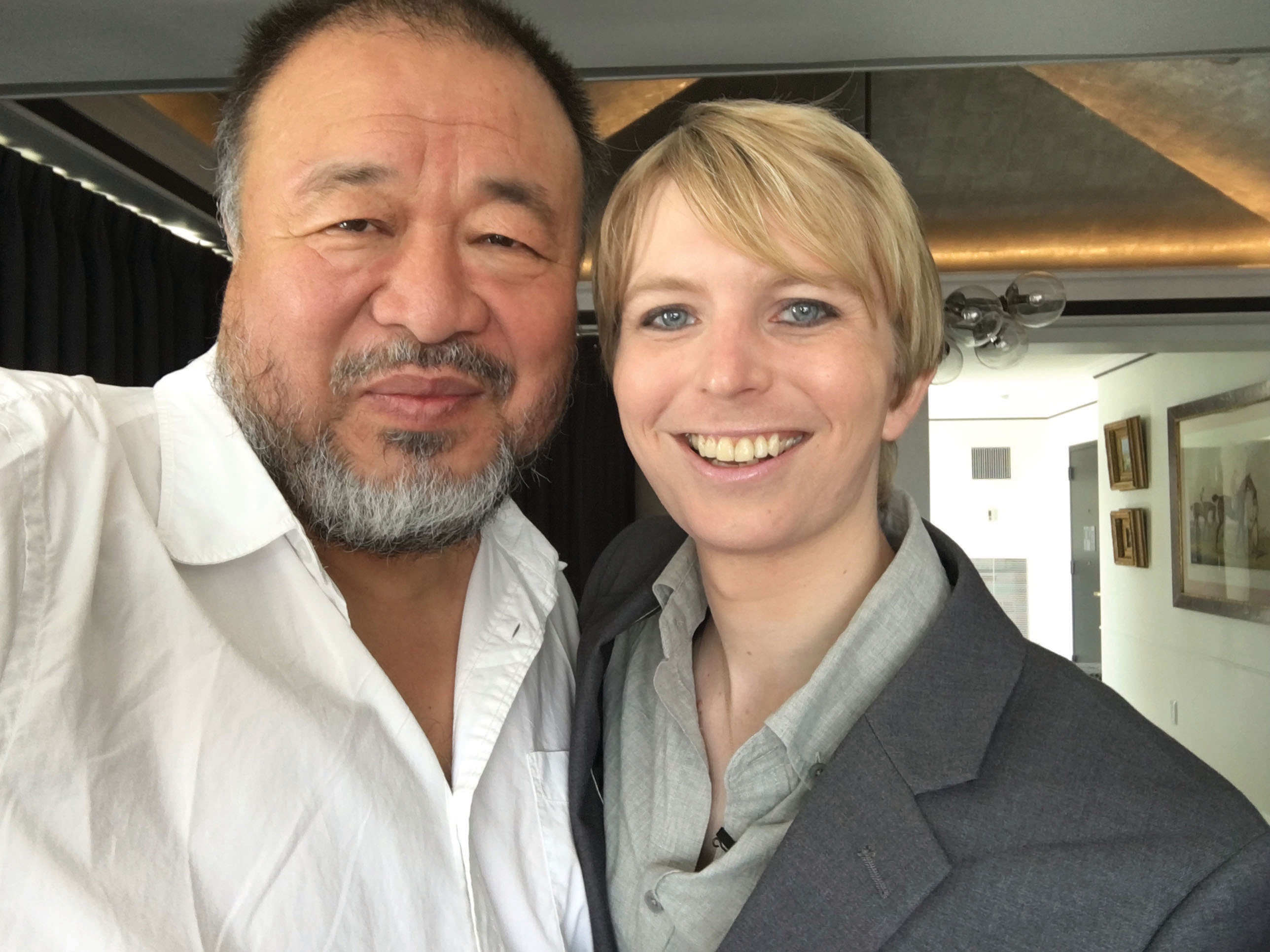 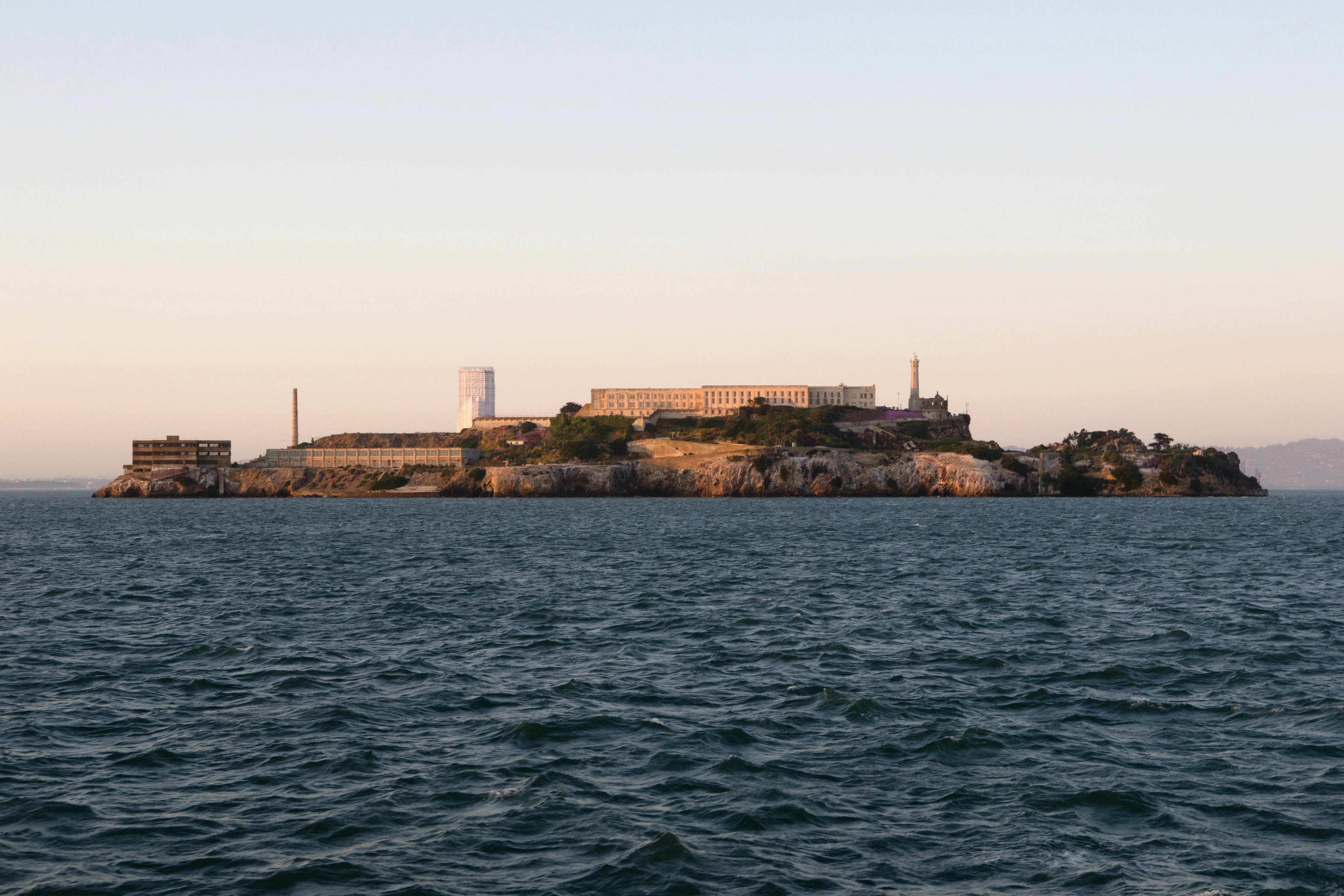 Ai Weiwei: Yours Truly – Art, Human Rights, and the Power of Writing a Letter is available now from Chronicle.

Linkedin
RELATED ARTICLES
OTHER ARTICLES
50 years since its inception, and the campaign calling for recognition that capitalism depends on domestic labour is as pertinent as ever.
The past five years have seen a staggering increase in foodbank usage across the UK. Now, staff fear things are set to get much worse.
Photographer Matthew Brookes recalls following a group of young people in Venice Beach living in search of the perfect wave.
A new report has found that the majority of Britains approach trans issues with compassion. It’s about time this was reflected by our media landscape.
Over a dozen Stop Deportation activists locked themselves to each other outside a detention centre to prevent coaches taking those due to be on the Rwanda deportation flight from leaving.
Proposals to introduce a minimum GCSE threshold for student loans will disproportionately affect those from marginalised backgrounds.