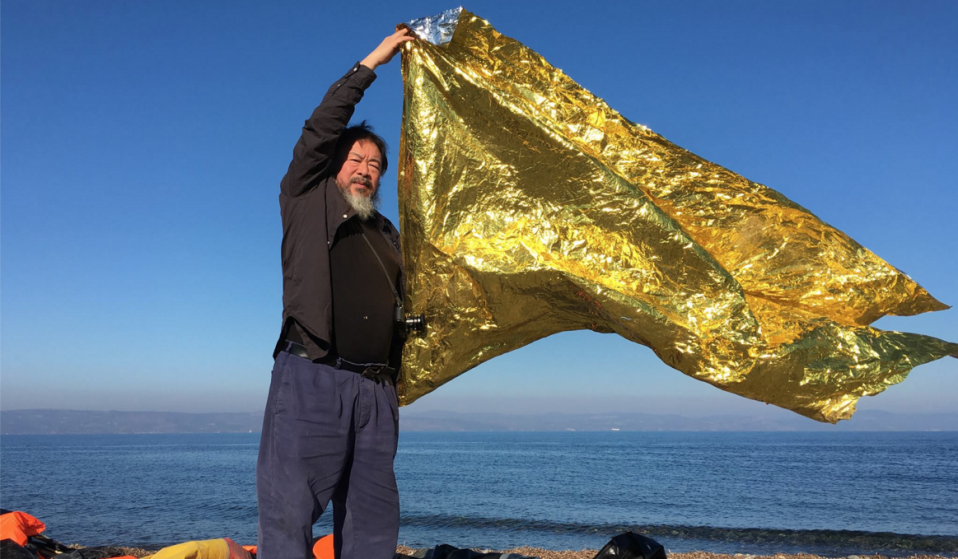 After his studio in Shanghai was torn down and his studio in Beijing bugged, Ai has opened up a new space to make art about the plight of refugees.

After his studio in Shanghai was torn down and his studio in Beijing bugged, Ai has opened up a new space to make art about the plight of refugees.

“A lot of people have lost their lives under the waves,” Ai Weiwei said from Lesbos. “We need a memorial.”

Ai, the megastar Chinese artist and human rights activist who has long been a vocal critic of China’s leaders, has begun a long-term project on Lesbos drawing attention to the plight of refugees. Posting a series of photos on his Instagram, he’s also opened a studio on the island, where he’ll be working on several projects with a handful of students. 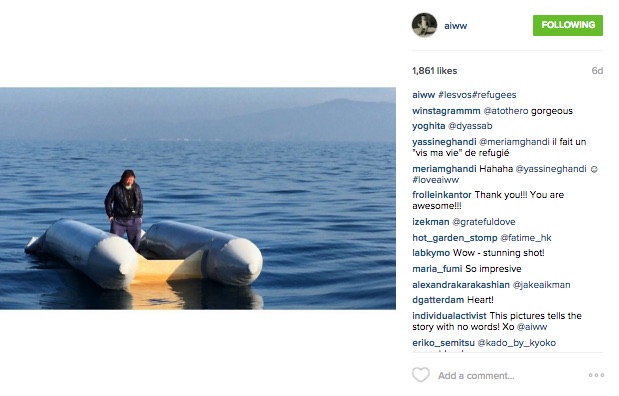 The Greek island has become a first port of call for many asylum seekers entering Europe – a risky journey that’s been the source of so many capsized boats and drownings that the island has started to run out of space to bury people. Many migrants on the island arrive via Turkey, coming from Syria and other war-torn countries.

“As an artist, I have to relate to humanity’s struggles … I never separate these situations from my art,” he told The Guardian. Ai has been sharing photos and videos of asylum seekers, hypothermia blankets, rubber dingys and life vests as a way of drawing attention to their plight. He’s also posted several photos of aid workers on the island. 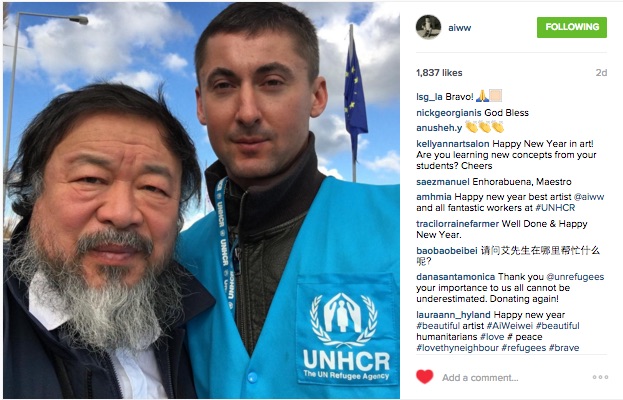 A continual thorn in the side of the Chinese government, Ai’s Shanghai studio was demolished in 2010 by Chinese authorities. As a stand of defiance, he arranged a party to mark the occasion but was unable to attend after being detained and placed under house arrest (although 400 people still attended the studio bash). In October, Ai posted photos and videos of listening devices he had found planted in his Beijing studio. Today, splitting his time between Europe and China, Ai also works out of a space in Berlin – a subterranean studio converted from an old brewery that’s “a metaphor for being underground,” he says.

Now, having set his sights on events in Lesbos – a symbolic centrepoint for the ongoing refugee crisis – Ai seems to be putting down ever firmer roots on European soil and is keen to comment on injustices beyond China’s reach. More than a million migrants and asylum seekers left their homes and came to Europe in 2015, according to the BBC. “The border is not in Lesbos, it really [is] in our minds and in our hearts,” the artist said.

You can keep up with Ai Weiwei’s refugee project here.

Linkedin
RELATED ARTICLES
OTHER ARTICLES
Photographer Arthur Grace recalls travelling through the Soviet Bloc and finding ways to evade the surveillance of his work.
In the latest instalment of Photographers in Conversation, the chronicler of raves, protests and beyond explains why he’s drawn to such specifically visceral environments.
Finland-born photographer Sirkka-Liisa Konttinen looks back on her decades-long documentation of life in Northern England.
Proposals to introduce a minimum GCSE threshold for student loans will disproportionately affect those from marginalised backgrounds.
Curator Antoine de Beaupré discusses his immense record collection and what it tells us about the intersection of music, photography, art, and commerce.
For decades, an area of East London has served as a community hub for Vietnamese people looking for a taste of home.