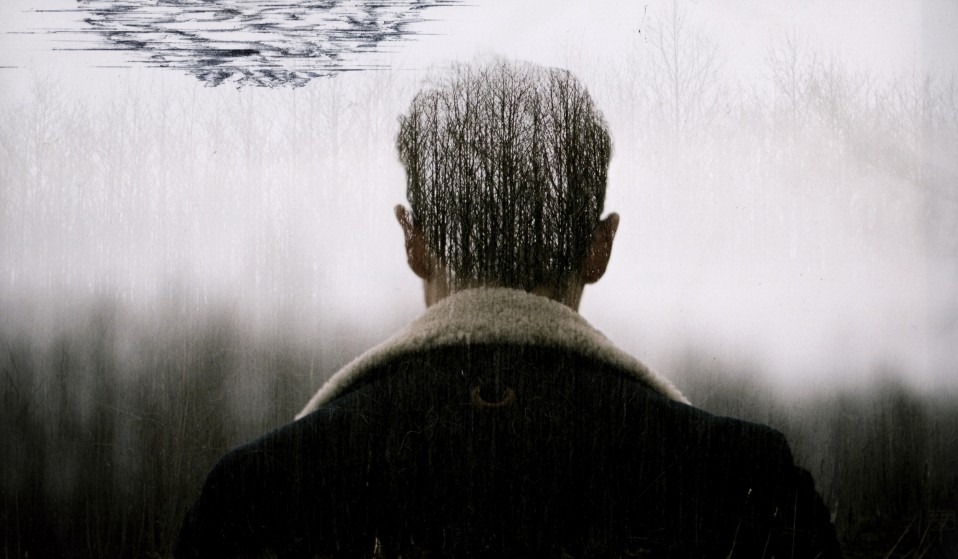 The forests of Oregon and North California have always been a draw for photographers wanting to capture the ethereal atmosphere and, most of all, the gigantesque red beauty of the Sequoias – the planet’s largest trees.

French photographer Céline Hamelin had always dreamt of visiting the great redwood forests of America, and when she finally made it there in January 2016 she wasn’t disappointed. “The main goal of the trip was to meet those impressive, giant Sequoias,” she explains. “It was even more amazing than I could imagine. [There are] no words to describe those old giant redwoods.” 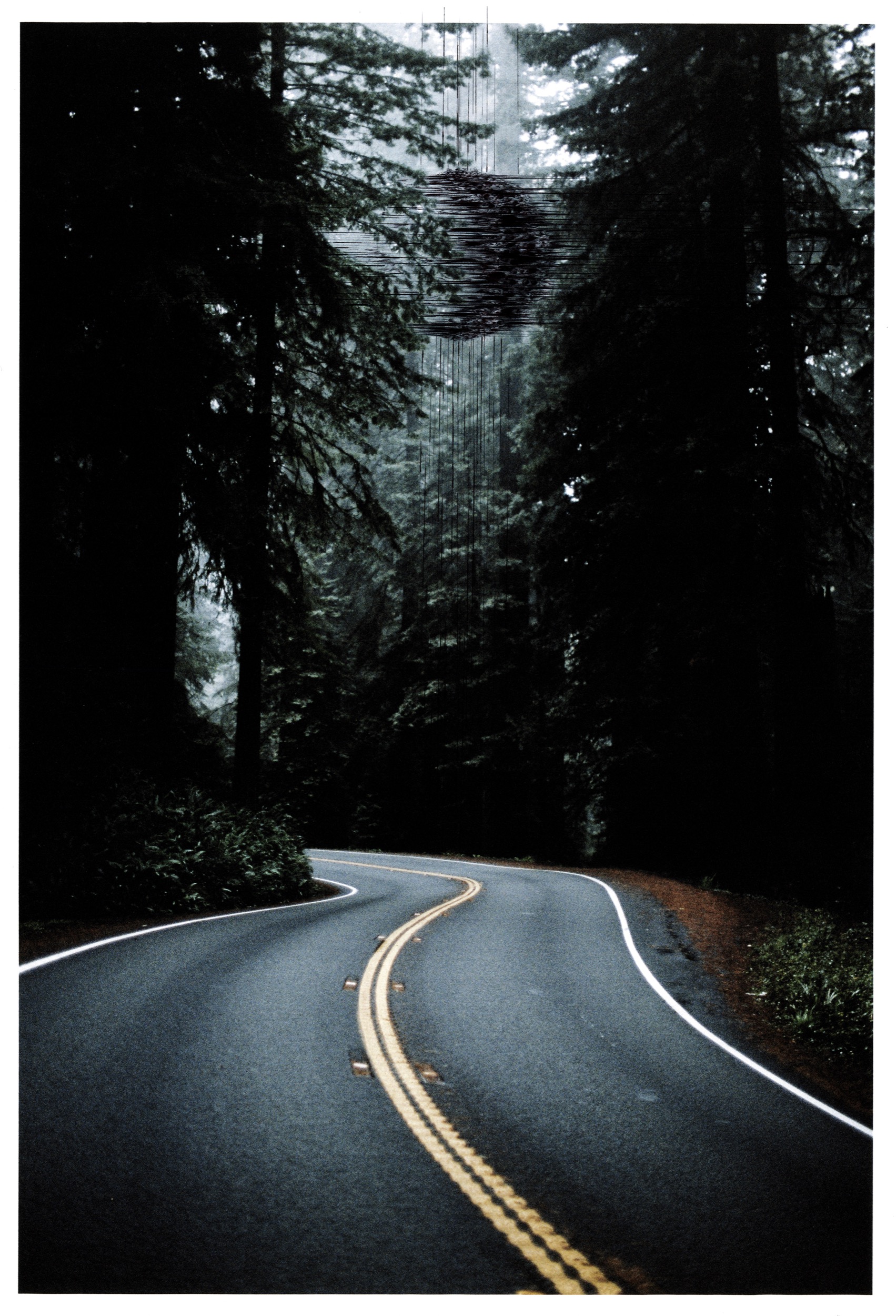 She returned to her hometown of Hossegor, France with beautiful film photos of the harsh winter landscape, and even a new tattoo to remind her of the experience. So, when Céline bumped into her friend self-taught illustrator and visual artist Agathe Toman at a party she couldn’t help but show her the photos. Working in biro, graphite or acrylic paint, Agathe’s monochromatic work is characterised by its exploration of the colour black. “I thought she might be interested to see [the pictures] because of this kind of dark side,” Céline says.

She was right. Agathe was naturally drawn to the dark haunting nature of Céline’s images, and even though the friends had never before thought of bringing their different disciplines together, they immediately began to explore the idea of Agathe drawing over the film photos that Céline had taken. The collaboration eventually sprang to life as the Undercover Skies exhibition. 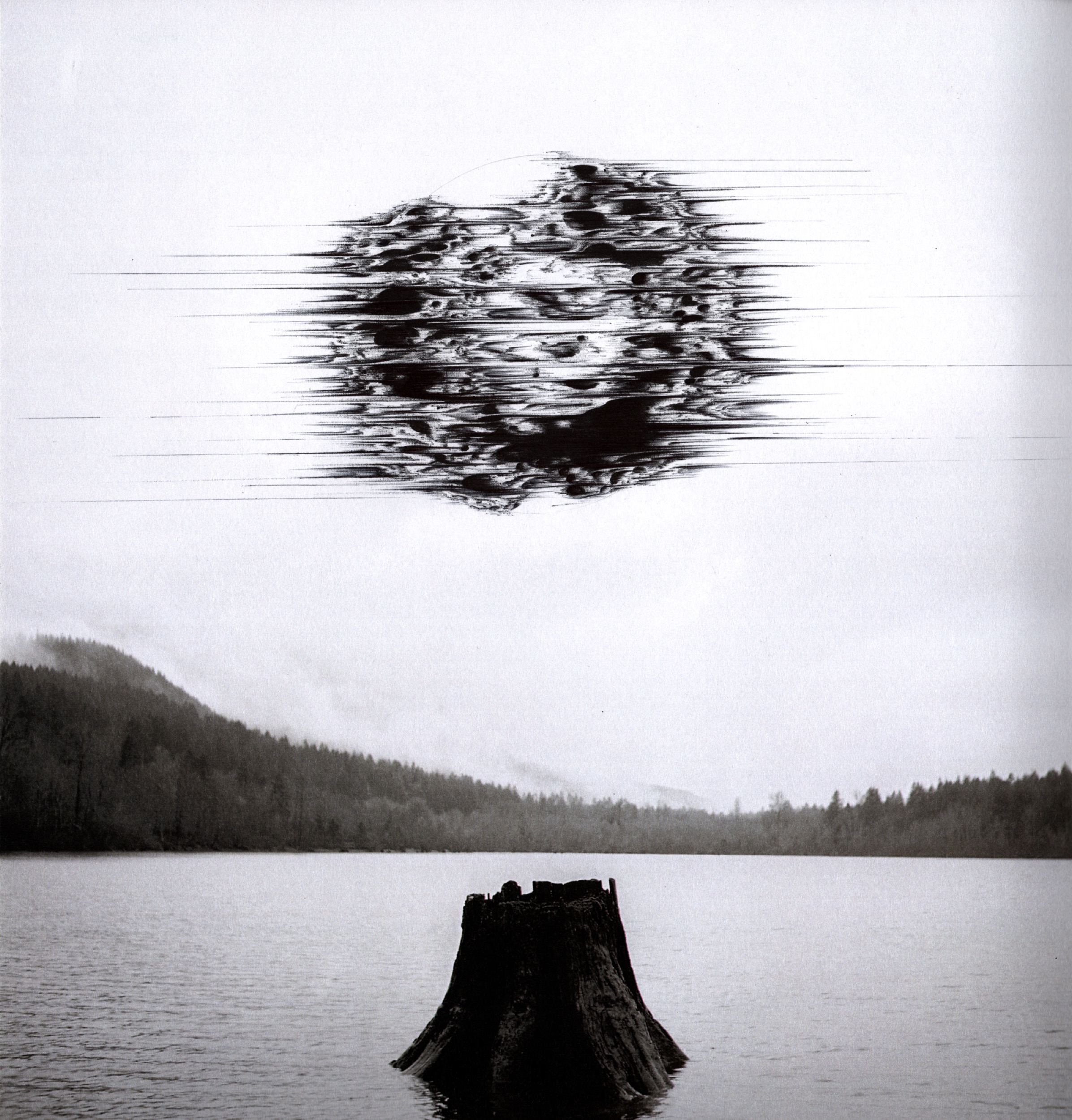 Agathe is no stranger to casting her dark illustrative world across unusual surfaces and a lot of her work features on her favourite medium, wooden cruiser boards. That said, film photos meant a slight change of approach. “It really changed the way I work. First of all, the paper is different so the shades of the black and how the ink is absorbed by the paper is very different than on the drawings I do usually,” Agathe tells me. “The second thing was that drawing on a picture means you need to adapt your imagination and what you plan to do to create a beautiful harmony between two opposites.” 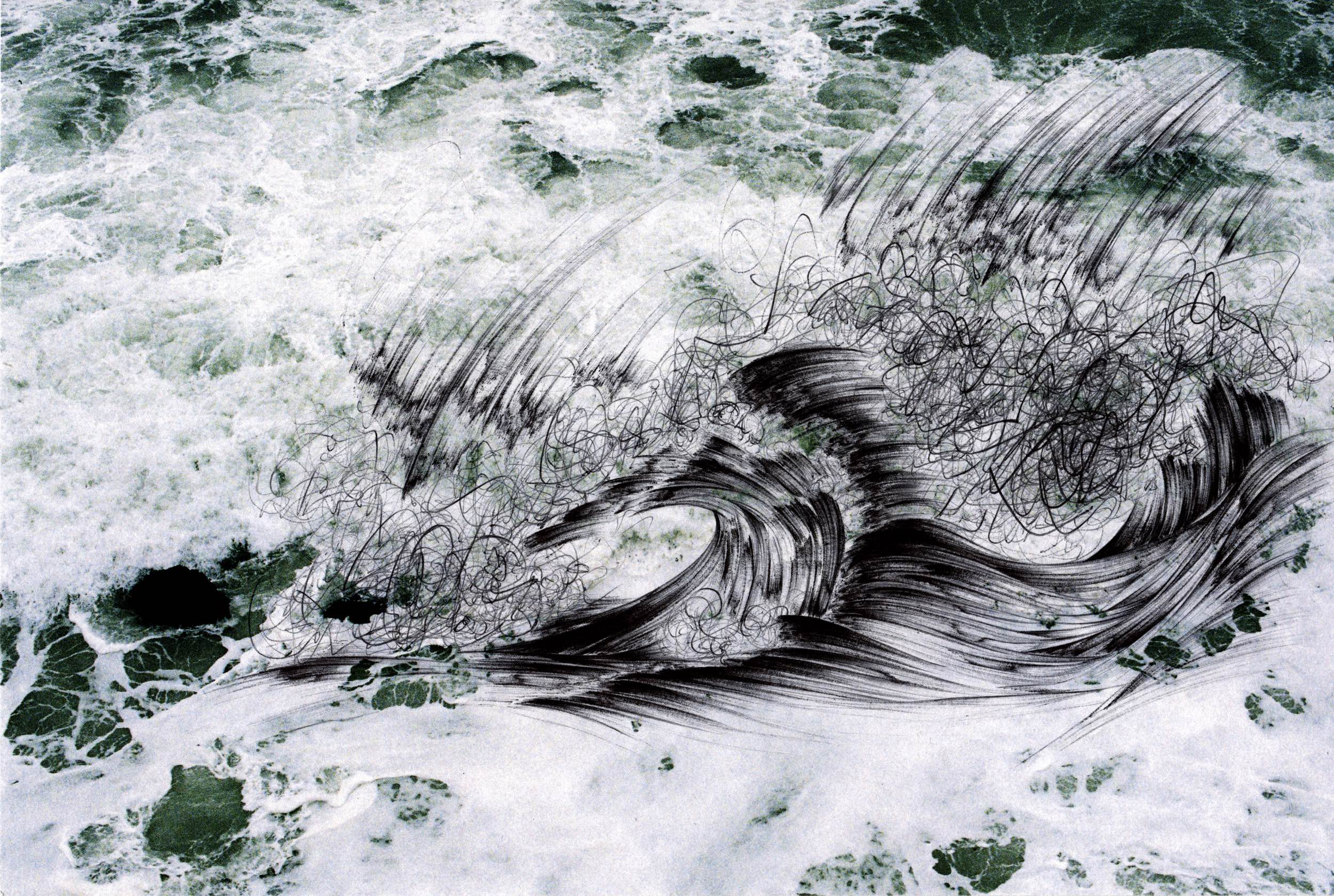 However, it was the contrasting qualities of photography and illustration that drove the friends to start the project. “That is what I had in mind for this exhibition. How two opposites balance each other in a more amazing way than two similar things which would cohabit,” Agathe explains. “To the viewer I think it creates a new vision of a classic landscape that suddenly becomes surrealistic and triggers their imagination and unconscious part of the brain.” 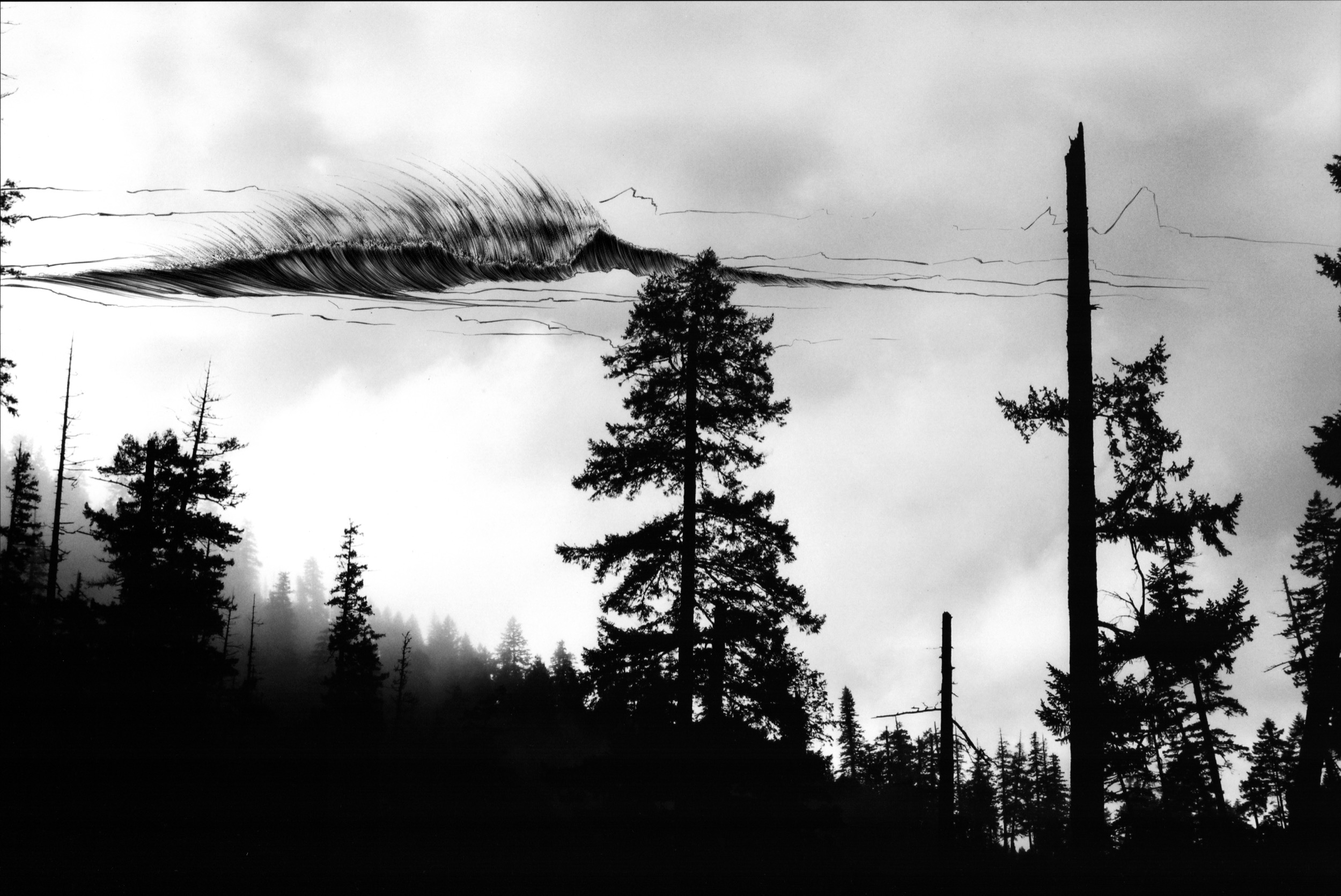 This surreal duality is at the heart of the project, where the opposite nature of the forms confronts the viewer with fact and fiction, reality and dream. Céline believes that because the photos are taken on film mean, they actually invite something beyond reality. “Film photography is like 3D, the textures and lights are even more beautiful than in reality,” she tells me.

It’s this otherworldly, three-dimensional quality of Céline’s film photos that Agathe’s illustrations harness – and enhance. It becomes easy to forget where the photo ends and the illustration begins, with the drawing offering a subtle footnote to the wintry forests and breathtaking giant Sequoia trees. 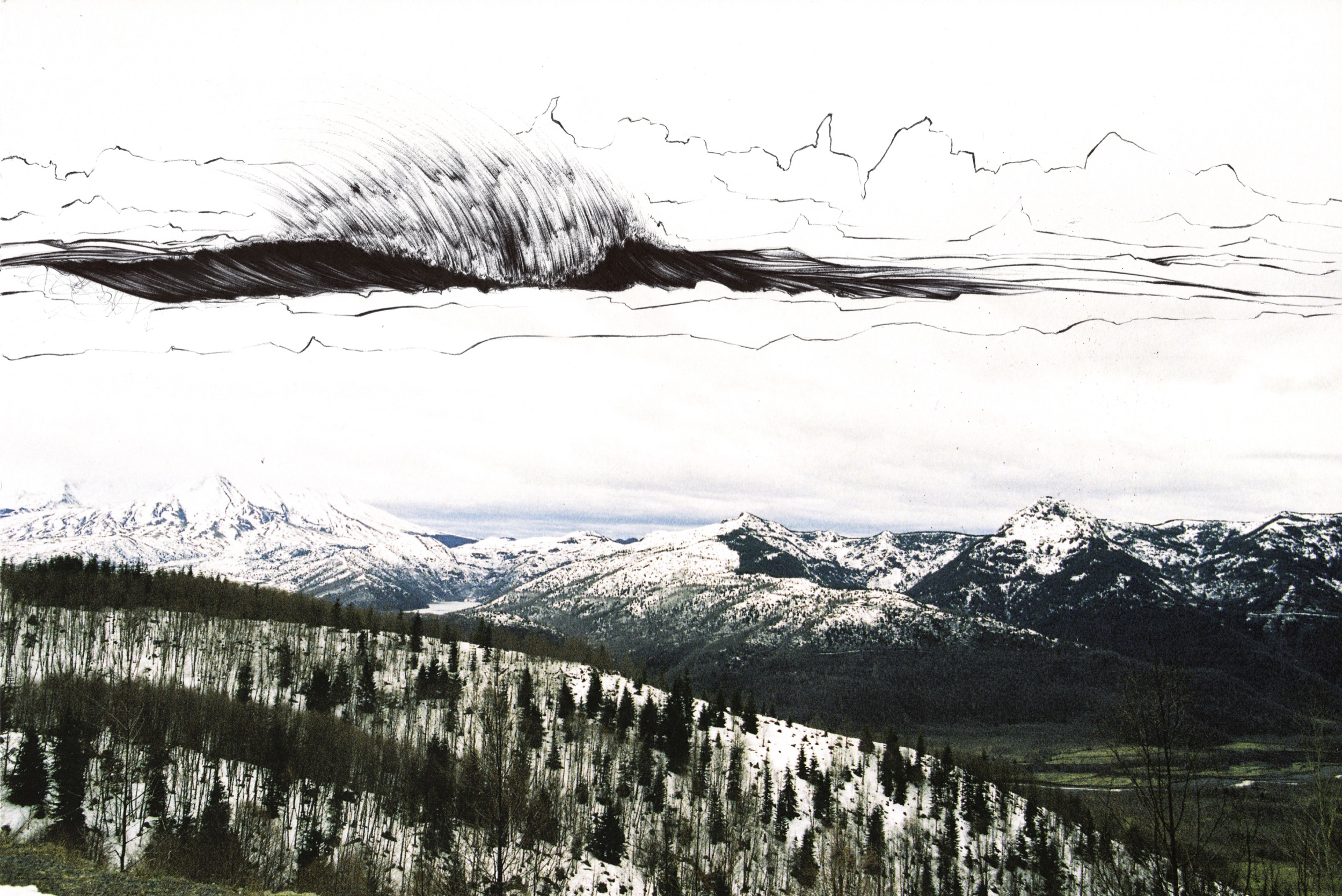 Linkedin
RELATED ARTICLES
OTHER ARTICLES
From the early originators to the female writers at the forefront of today’s scene, we talk to the artists redefining graffiti’s consciously macho origins.
We introduce our series spotlighting the voices of people who’ve been impacted by anti-abortion laws and anti-choice protestors.
Students are being left to languish in unsafe housing, in some cases leading to serious health complications.
Protestors gathered outside Downing Street following the latest atrocities committed by Israel against Palestinians living in the besieged strip.
To mark the premiere of his new documentary on surfing giant Gerry Lopez, the filmmaker and former pro skateboarder sits down to share his unique brand of wisdom.
A 28-year-old from Texas was forced to travel across state lines for an abortion that would save her life and end a pregnancy that her baby had no way of surviving.