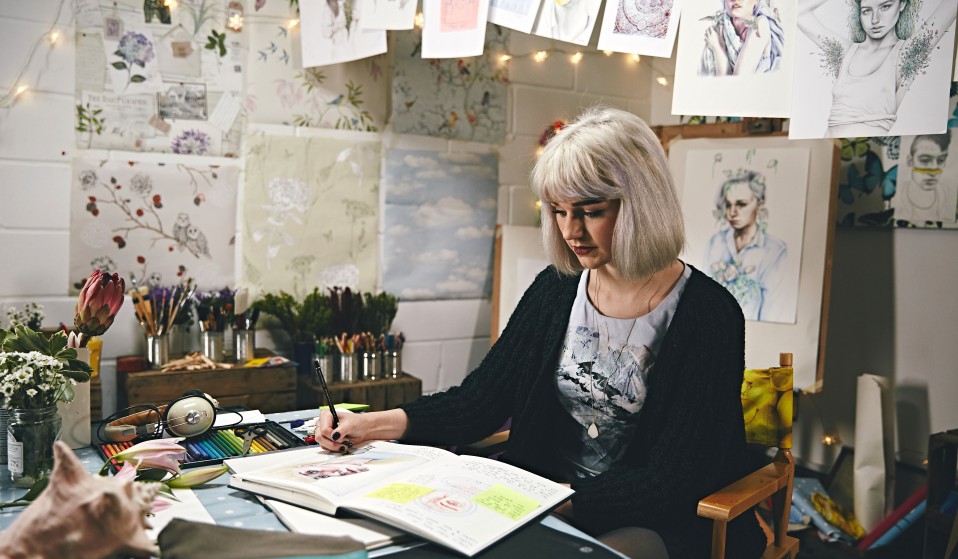 The first time Kate Louise Powell thought of incorporating animal rights issues into her illustrations, she was warned against it. “I was told that combining those two things is considered very cheesy and clichéd,” says the 21-year-old. Two-and-a-half years later, and she is now at the centre of a small but vocal animal activism movement, creating politically-engaged illustrations which frequently go viral.

She first garnered attention on Twitter for her more conventional drawings of butterflies and bouquets, but when they began getting thousands of retweets, Kate felt encouraged to let her real passion surface – the same thing her art tutor had advised against. 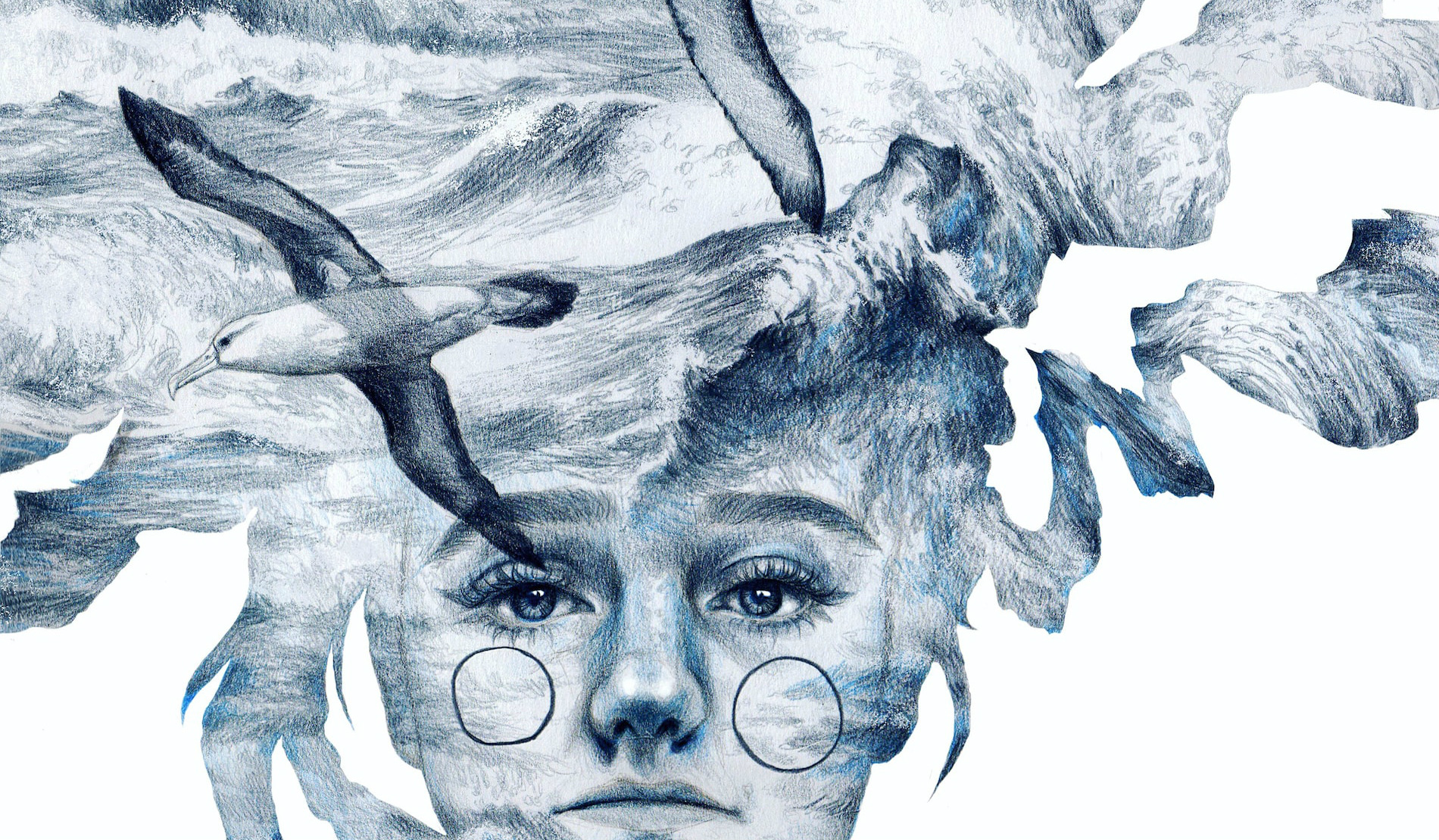 “I realised that if you can create a clever or emotive drawing, it has the potential to be shared tens of thousands of times – much more than a text post or a tweet,” says Kate, who recently worked on an illustration commission for the vegan range of Dr. Martens.

“I’ve seen some very clever drawings about SeaWorld, Women’s Rights and Black Lives Matter. Images shake you to your core a little bit; it’s not like seeing a headline or just a few words.” 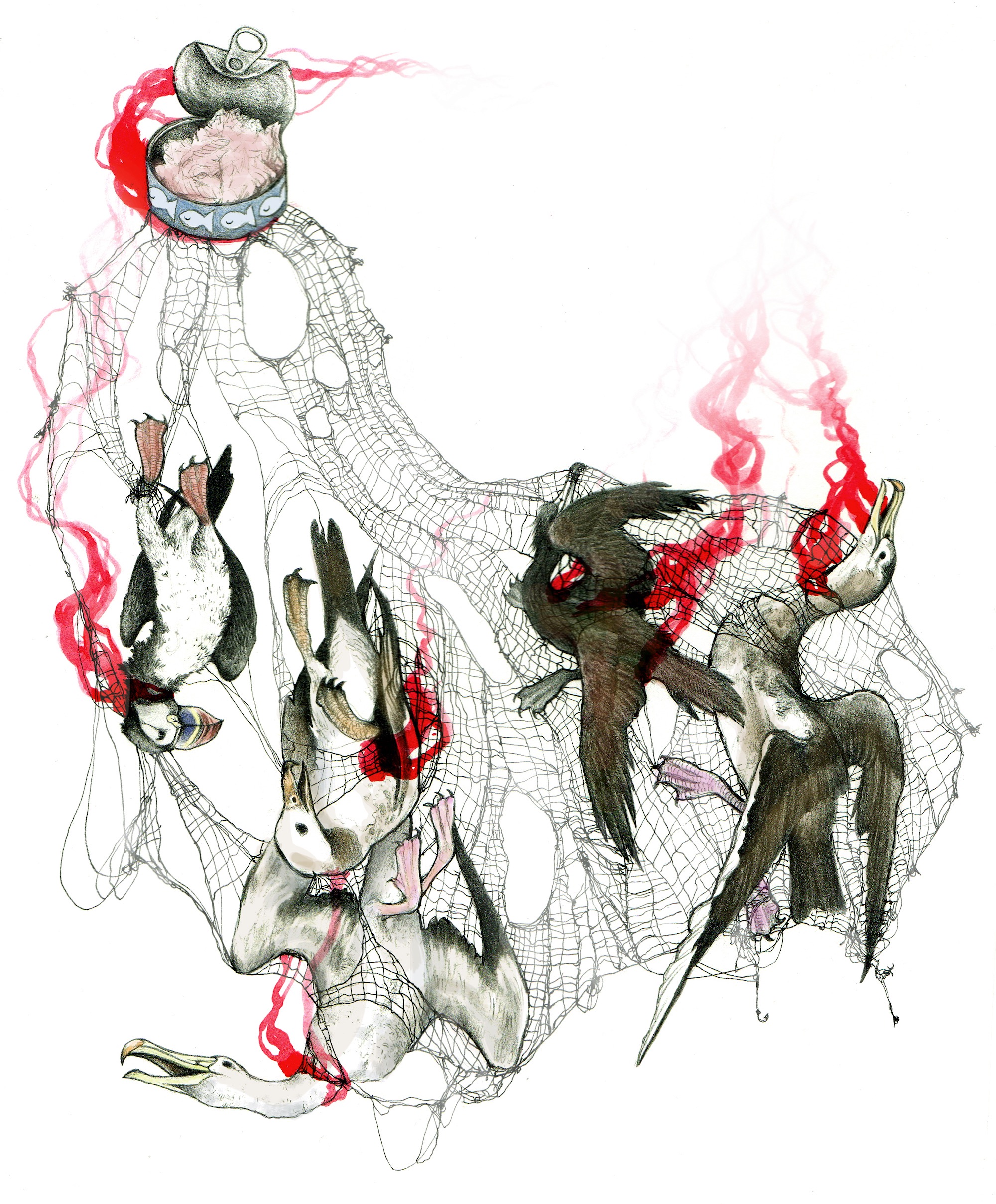 While studying a foundation diploma at Leeds College of Art, Kate became vegan, and started attending more protests and vigils. It was a formative experience that fed back into her work. Instead of posies or petals, her output centred on sketches expressing the fatal threat of fishing nets or the dangers of processed meats.

One sticker shows a malnourished child curled in the crook of a pig’s bloated belly. Inked across the latter’s back is a stark fact: “82 per cent of starving children live in countries where grain is grown to feed animals eaten in Western countries.” It’s a cutting approach to activism, craftily designed to hammer home eye-opening statistics drawn from the likes of the World Health Organisation or the documentary Cowspiracy. 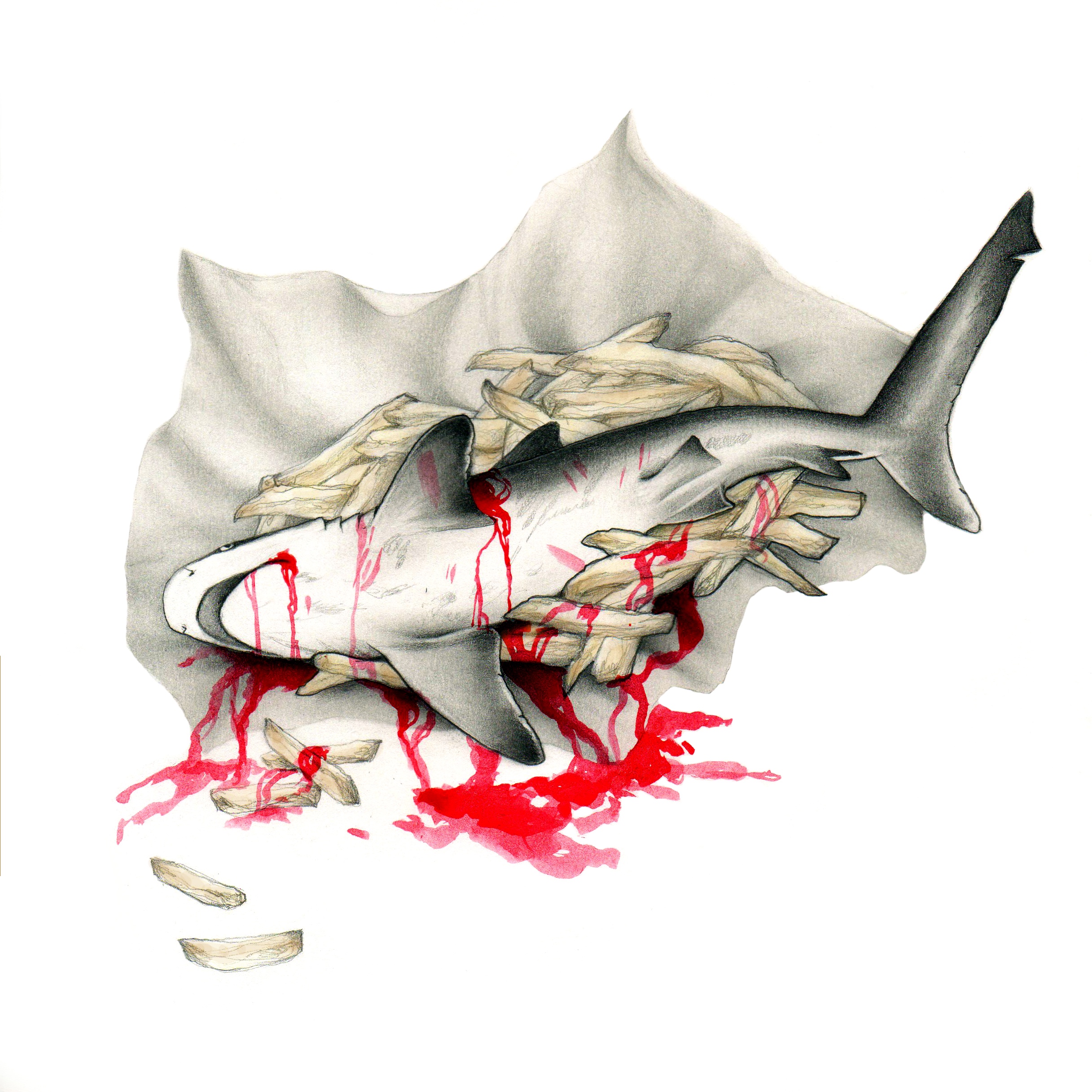 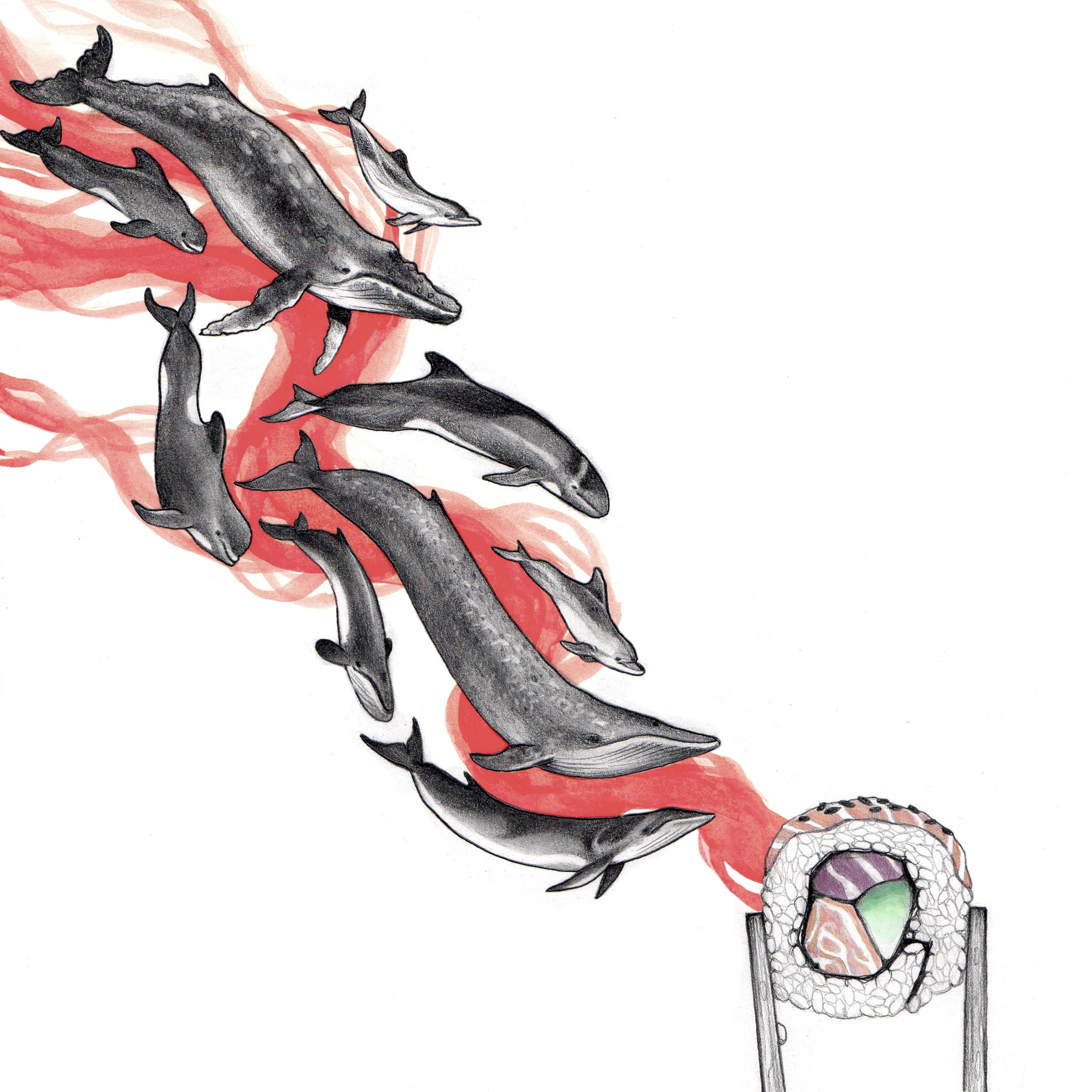 Kate’s unofficial mission statement is to approach the often dogmatic and heavy-handed world of animal rights art in a “cleverer, classier” way. “I wanted to do something that was a bit more sensitive and provocative,” she says.
“That said, I wish I’d been a bit less angry in the first year of being a vegan. Even though you feel all this passion and all this anger, you have to hold it in and think about what is actually going to be best for the animals right now: is shouting going to be best, or will toleration and patience [help more]?”

Education is critical to promoting animal welfare in the internet age, she says. Rather than teaching easy vegan recipes at school, students are taught in terms of a food pyramid that creates a distorted outlook where people fail to see alternatives.

Kate used to get upset when her mother would buy animal products at home, but eventually she realised that it just made her mum more resistant to veganism. Whereas now, if she talks about its benefits rather than focusing on the negatives of animal agriculture, it makes all the difference. 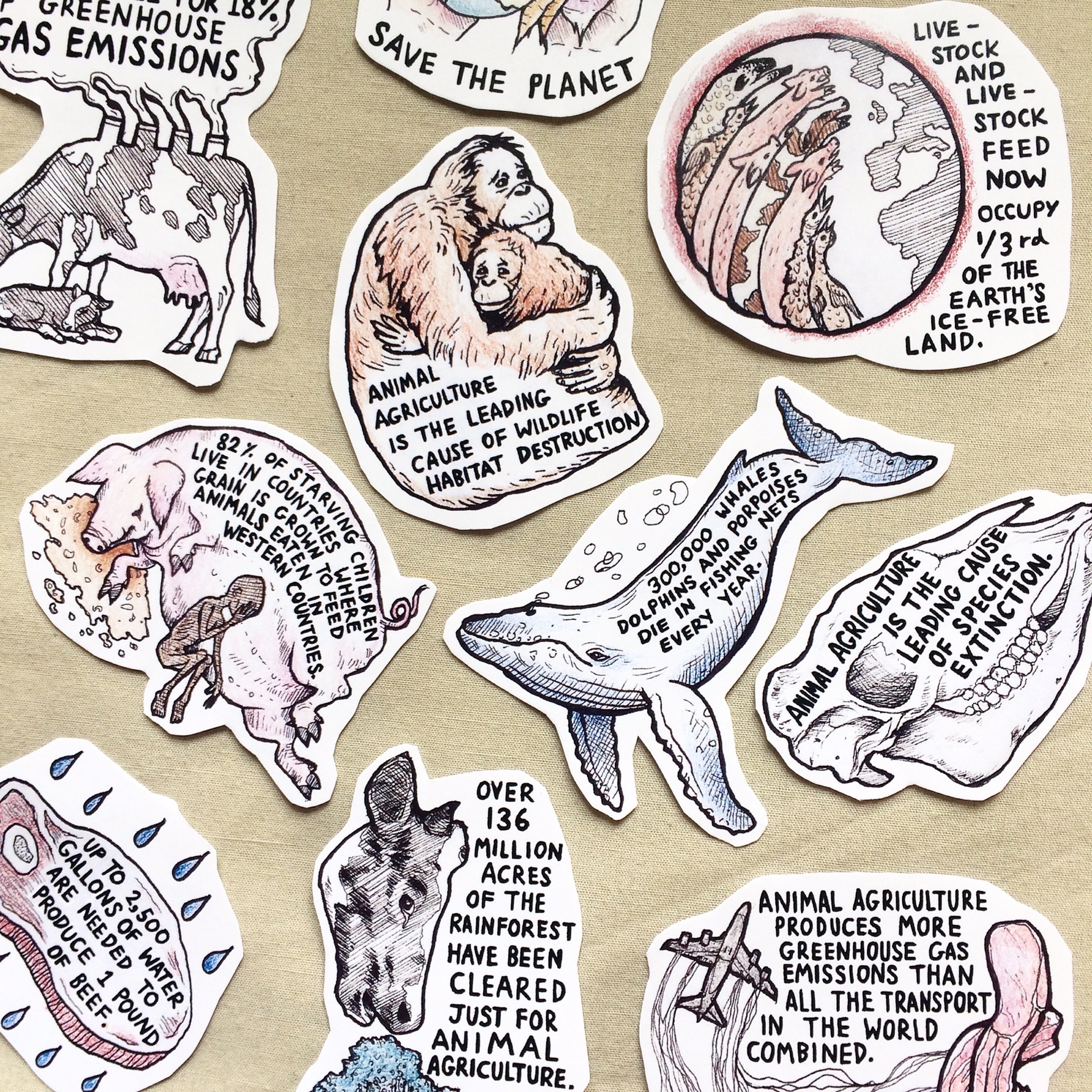 Trying to do the same on Twitter, however, has a way of attracting backlash regardless. But having been “one of those people who made fun of vegans” once herself, Kate simply tries to respond to that hostility with reason.

“I know that’s its sort of a knee-jerk reaction… but I kind of pity trolls. I see it from the perspective that they’re only doing this because they’re annoyed… I’ll just send them a message saying, ‘I understand if you feel angry but if you want to discuss anything, I’m open to questions’. And the amount of times I’ve spoken to people who have said, ‘Oh right… How would you start going vegan?’ People do a complete 180 because you take the time to see them as a person.”

“I’ve realised that part of being a vegan and being an activist is selecting how you think is best to act in that moment,” she adds. “It’s about how you deal with a situation in the most helpful way.”

Linkedin
RELATED ARTICLES
OTHER ARTICLES
A group of Ukrainians living in Poland are helping Ukraine withstand Russia’s brutal invasion by buying supplies and shipping them directly to the war’s frontlines.
The government is scrapping the Human Rights Act in a move that will hit marginalised people hardest.
After news broke last week around an expected reversal of the 1973 landmark law that made abortion legal in the US, protestors gathered in the UK in support of American women.
The situation in Afghanistan remains dire, with many groups facing persecution at the hands of the Taliban.
Following the release of his newly republished 1991 book, Redheads, the American photographer reflects on his celebration of ginger people and their magnetic power.
In the latest OFFF Dispatch, the enigmatic designer dives into his process, connecting the dots between his unique and varied creative output.