Art & Culture / Art / The art of not looking away 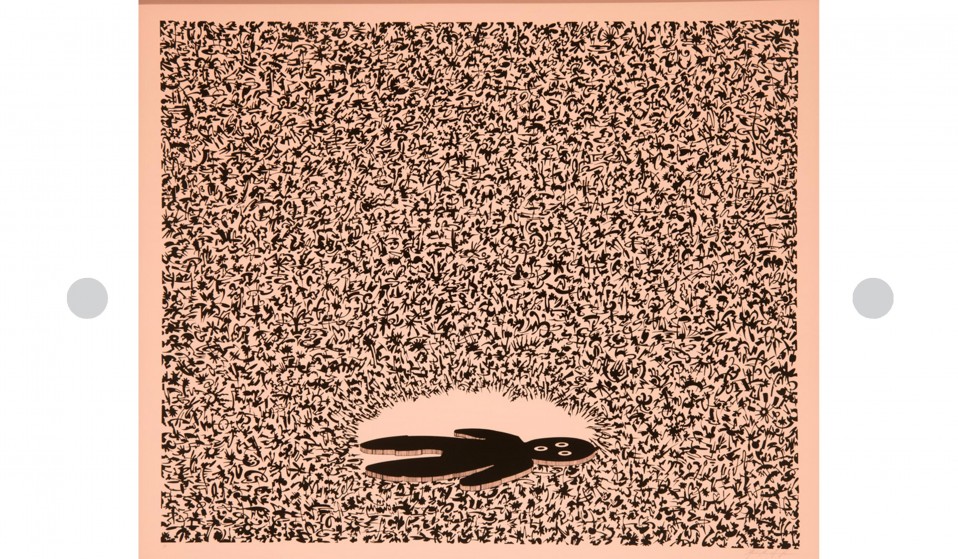 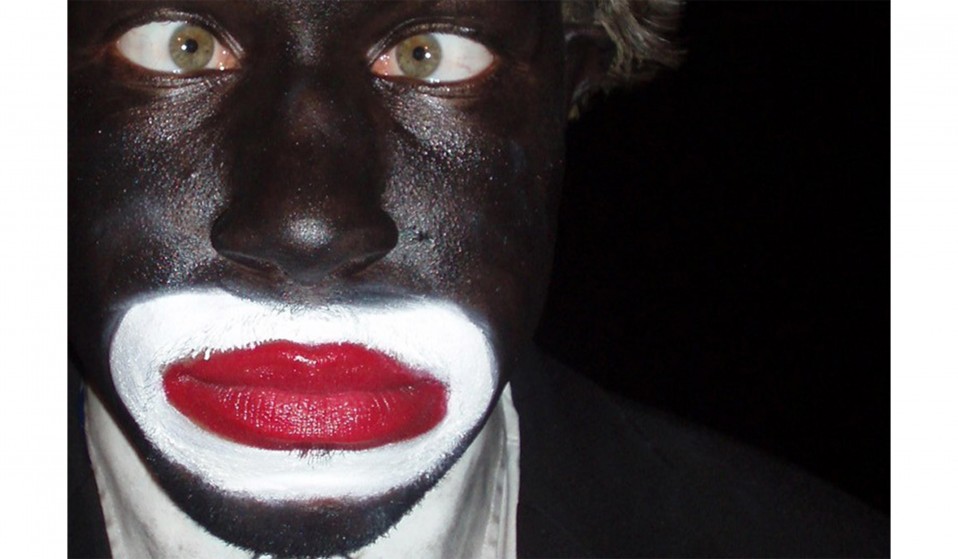 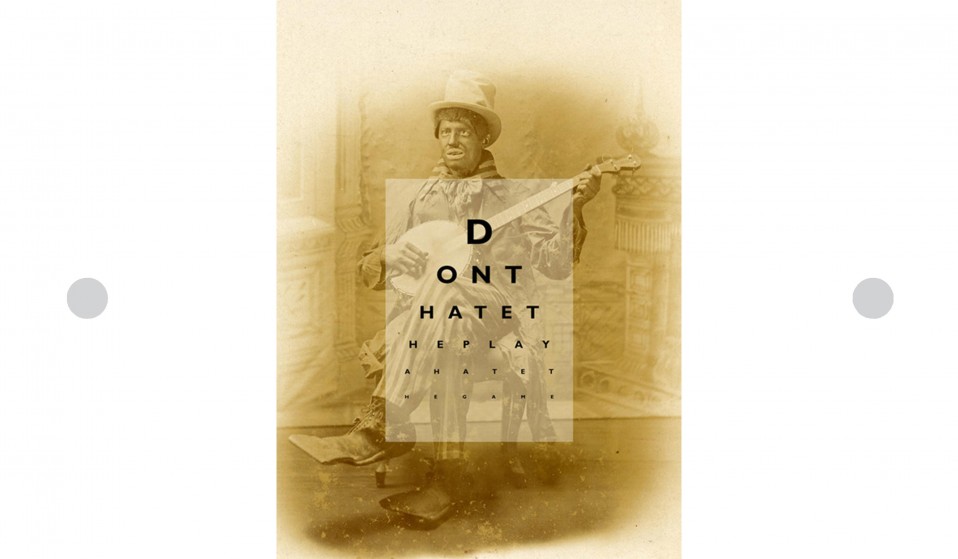 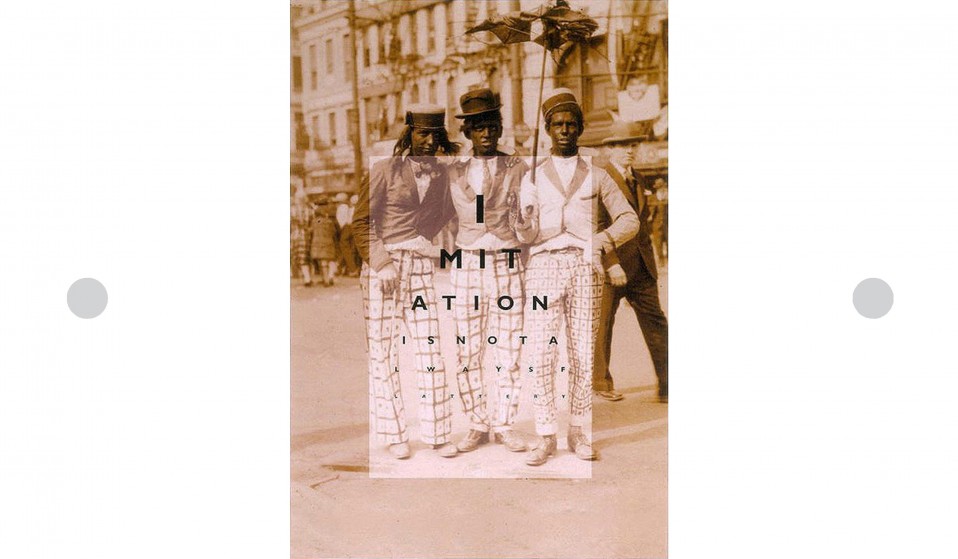 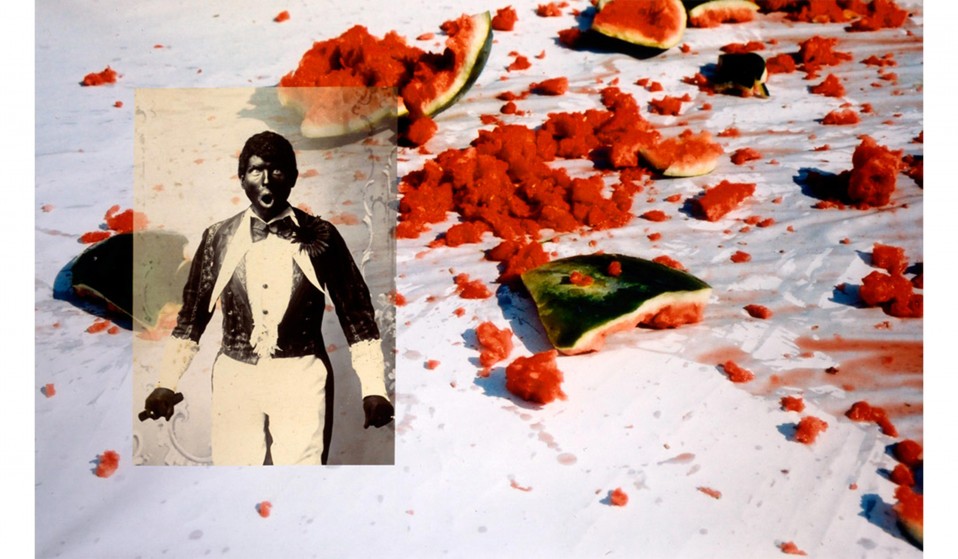 LA retrospective gives museum director Mark Steven Greenfield his due as an artist.

LA retrospective gives museum director Mark Steven Greenfield his due as an artist.

Mark Steven Greenfield’s art makes even his mum uncomfortable. The blackface, minstrels and slavery imagery make the viewer want to look away, but at the same time he locks the audience’s gaze by overlaying medical eye charts and hip hop lyrics.

Racism — and the need to keep confronting it — is at the heart of Greenfield’s art. Now Los Angeles’ California African American Museum is recognising his contribution to the debate with the first retrospective of work by the artist and former Watts Towers Arts Center and Los Angeles Municipal Art gallery director.

His “Blackatcha” is one of the most prominent series in the exhibition, “Lookin’ Back In Front Of Me.” This is the series in which he combines minstrels, eye charts and hip-hop lyrics. Greenfield has focused on minstrelsy since 2000 to examine the perception of African Americans, and has also taken the symbols of minstrelsy and transformed them into subversive geometric patterns. 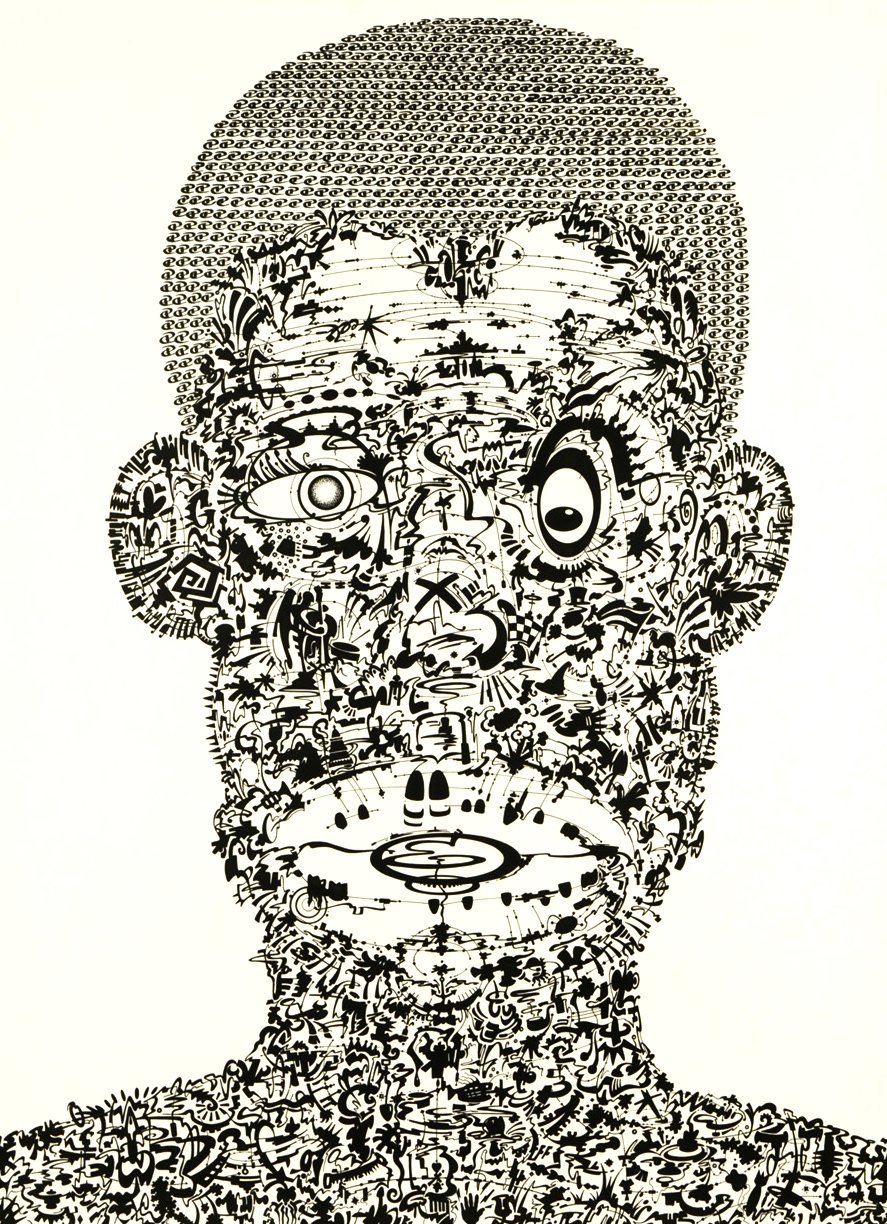 Minstrelsy has always been provocative, and the practice of black-facing is representative of the wider issue that his work tackles – the institutionalised persecution of African Americans.

Minstrel shows were hugely popular —particularly before the American Civil War and the abolition of slavery — when they lampooned black people as dim-witted and buffoonish. Their lyrics and dialogue were generally racist, satiric, and largely white in origin. The shows didn’t stop with racism – they also ridiculed the idea of women’s rights. 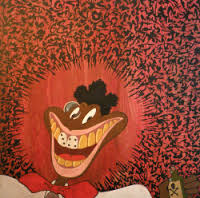 Greenfield has substituted new lyrics, superimposing onto the sepia images thought-provoking lines such as “Don’t hate the playa, hate the game,” “You can’t judge a book by its cover” and “Imitation is not always flattery.” Even the title of the series, “Blackatcha,” suggests Greenfield’s intention to provoke discussion.

Greenfield levers the effects of institutionalised racism on young people to encourage dialogue around the historical persecution of black people. His use of blackface performers, influenced by the likes of Kara Walker and Michael Ray Charles, hits you on a visceral level. Greenfield hopes to get his children’s generation to look at difficult images and say “Oh, that’s important. That’s history.” 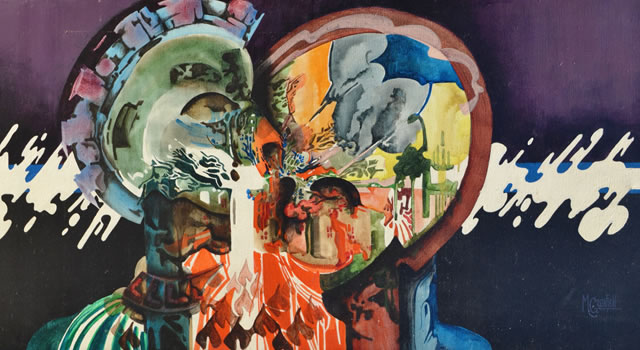 Despite four decades of work, until now he’s been better known as an educator than an artist. Greenfield’s work at Watts Towers Arts Center and the Los Angeles Municipal Art gallery was based on his research on literature, cinema, history, and the visual arts, and exploring African Americanism and the harmful stereotypes surrounding it.

The exhibition’s name is derived from the West African principle of sankofa, which teaches individuals to go back to their roots, in order to move forward. The exhibition includes over 100 pieces of Greenfield’s work, which show his artistic evolution over the past 40 years.

Lookin’ Back In Front Of Me: Selected Works of Mark Steven Greenfield 1974-2014 is a retrospective of the artist’s work, open at California African American Museum until April 5th.

Linkedin
RELATED ARTICLES
OTHER ARTICLES
Finland-born photographer Sirkka-Liisa Konttinen looks back on her decades-long documentation of life in Northern England.
Proposals to introduce a minimum GCSE threshold for student loans will disproportionately affect those from marginalised backgrounds.
The author discusses the all-consuming nature of heartbreak, and turning the experience into an incisive exploration of love and loss.
Photographer David Hoffman recalls documenting the extreme wealth inequality around Tower Hamlets and Hackney int the 1980s.
Writers Gracie Mae Bradley and Luke de Noronha take on the callousness of borders, arguing for a world beyond them.
In the latest instalment of Photographers in Conversation, the chronicler of raves, protests and beyond explains why he’s drawn to such specifically visceral environments.