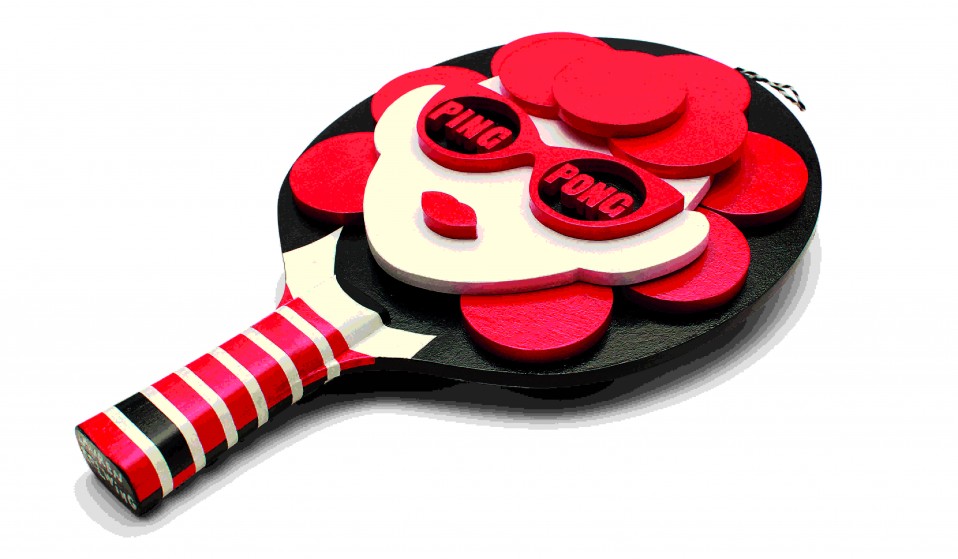 When Algy Batten first thought of combining his two passions: ping pong and art, he didn’t think anyone would be interested. Fast forward four years, the project has already made £10,000 for charity, and is not slowing down anytime soon.

Remember when we used to have hobbies? You know, before having a full-time job entailed spending every waking hour stuck at work, glued to your desk? For most of us  our only chance to enjoy extracurriculars now is with our co-workers, be it team building exercises, office bake off competitions, or tragically sleeping with each other at the office Christmas party.

But for Algy Batten and his old design studio Fivefootsix, it was a love of Ping Pong that brought them together. “We were quite keen on ping pong”, says Algy, the producer and curator of the project. “We used to have a table in the building and all the businesses used to come and get involved.” Having an abundance of great artists around all enjoying themselves together gave Algy an idea; to illustrate a load of bats and auction them off in the name of charity. Why not!

“It started off with ten in the first year”, recalls Algy. “We [Fivefootsix] used to work for BBC Children in Need back then. It gathered so much more attention than we thought it would, so we kind of just carried it on and it’s just grown and grown each year.” 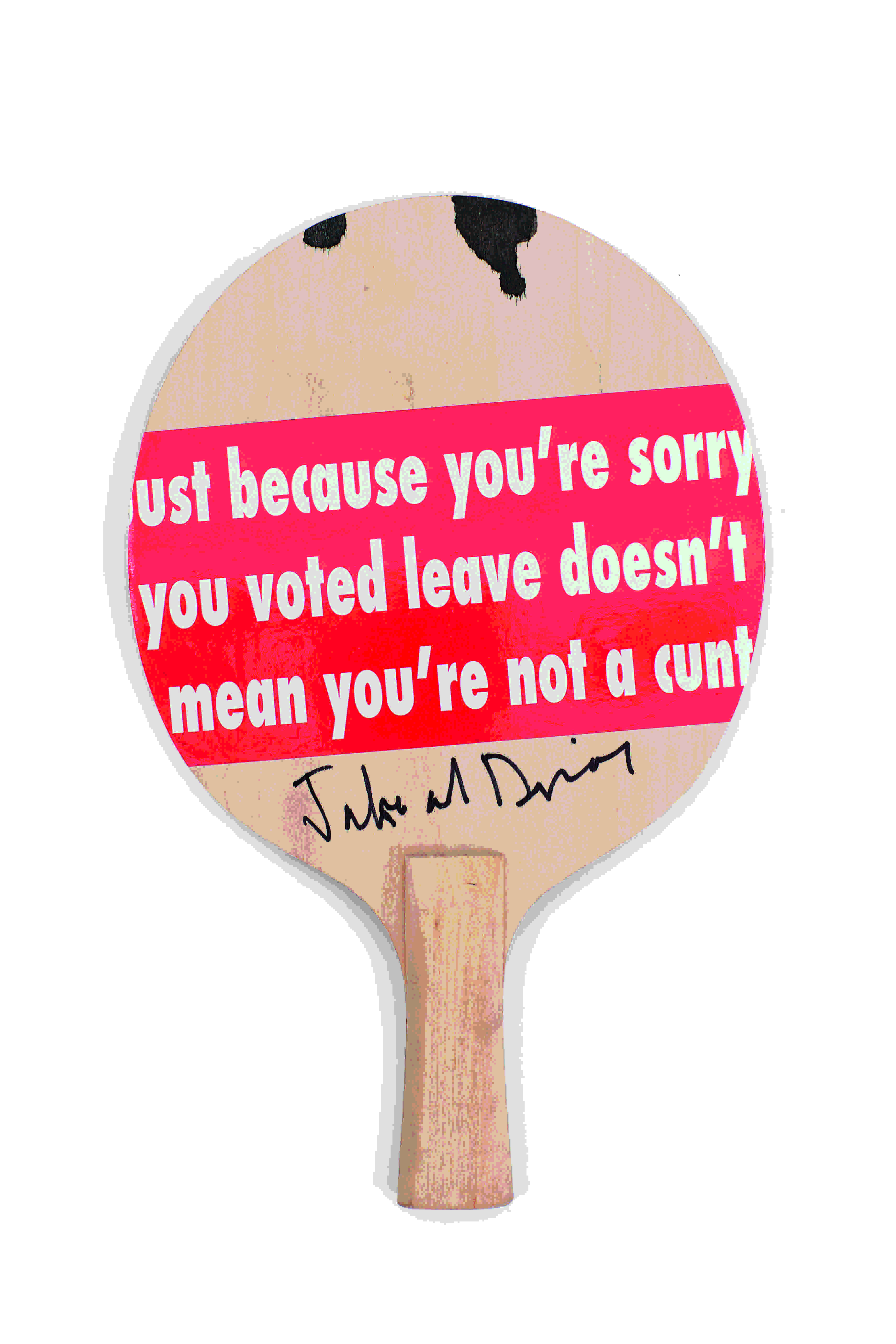 And grown it has. The Art of Ping Pong, now an annual exhibition and auction, is made up of twenty one artists (because that’s the winning point score in the game) who are given a bat to paint, draw, break and reform at their will. No longer connected to BBC Children in Need due to the closure of his studio, Algy decided to mix it up and change the charitable partnership, focusing instead on something with a stronger link to the sport.

“I’ve heard about research that ping pong benefits Alzheimer’s patients, so I think that’s quite a nice link,” Algy tells me. “It’s really interesting, I don’t think it’s necessarily just ping pong that can slow the process of dementia, but ping pong is accessible one, it’s quite a nice thing.” 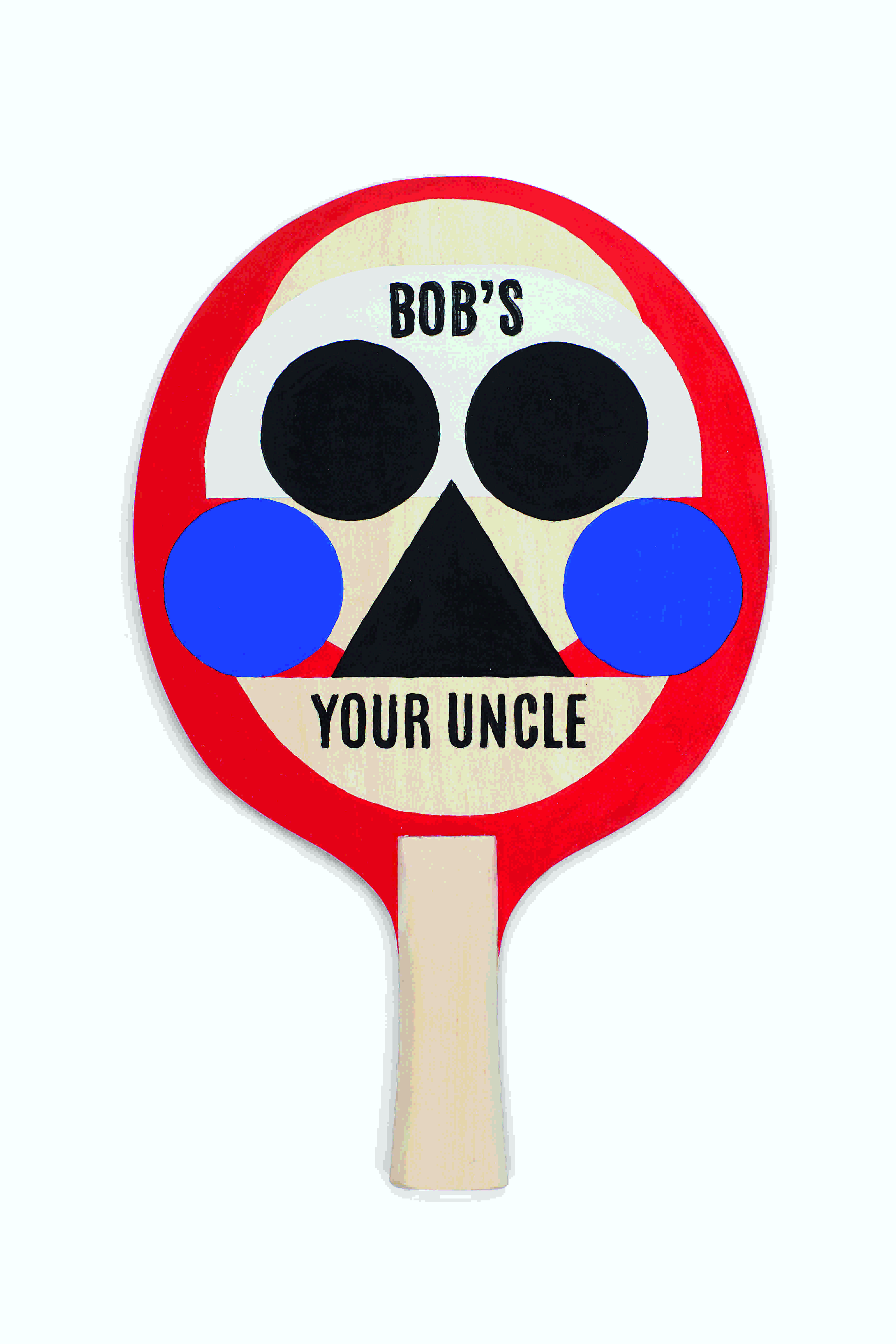 The artists themselves change every year, and though it started with just illustrators, there’s now a collection of conceptual artists, jewellery designers and sculptors allowed free reign over a ping pong paddle.

“It’s quite fun to see it develop a little bit and people are starting to move away from just the bat as a canvas, starting to actually work on them in 3D. Just look at the skateboard, it’s brilliant.” 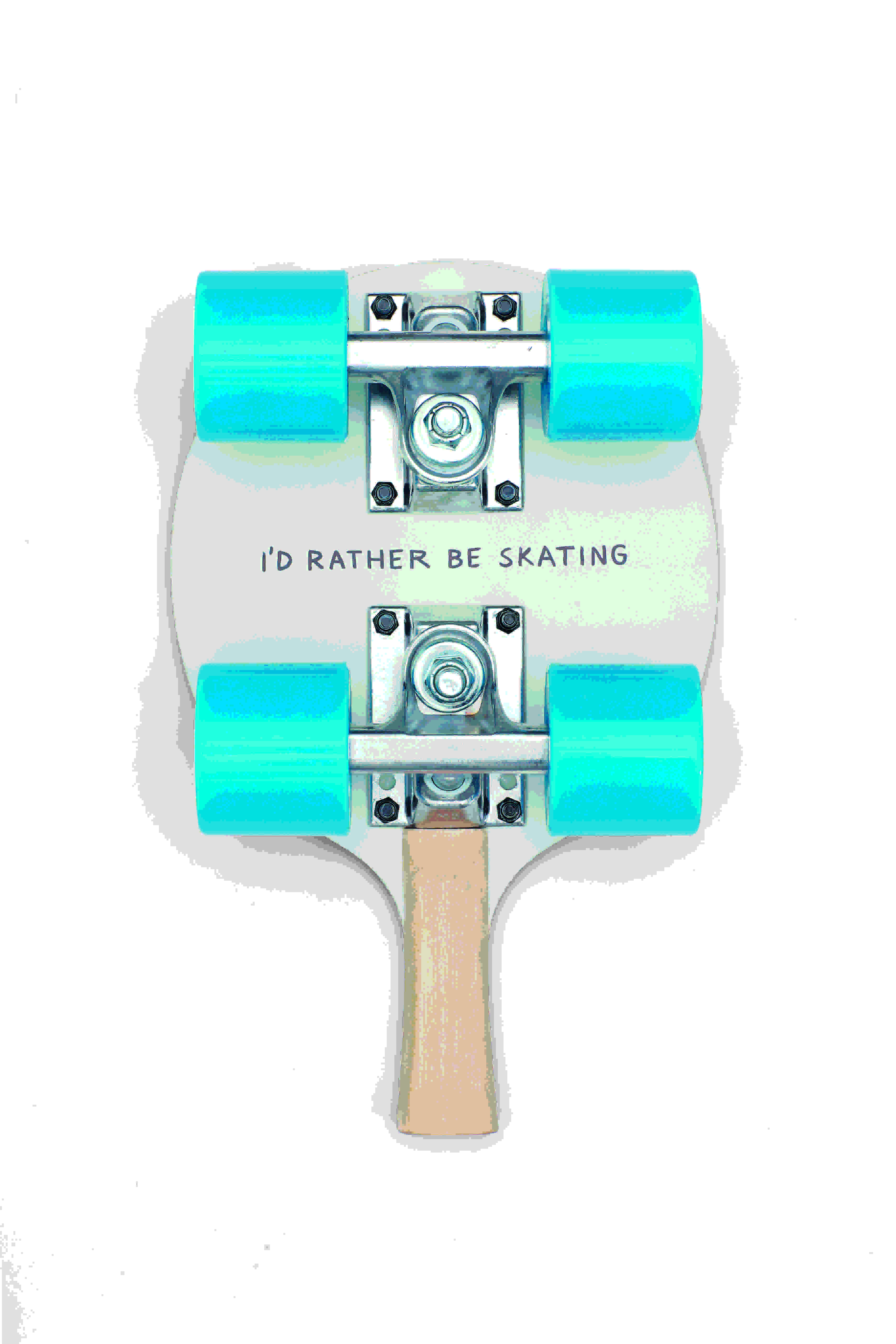 The skateboard in question is the submission by illustrator Matt Blease, who usually known for his playful pencil drawings, attached wheels to his bat to make it a functional piece of art. “I like the fact that I thought I knew what I would get; a quirky, fun illustration on a bat, but actually he’s not done the illustration at all.”

He’s not the only one, Ryan Gander, a conceptual artist, went completely off brief by swapping his bat for a different wooden object, labelled an ‘adaptable objective thinker’. “It’s definitely one of the cheekiest and thought provoking entries we’ve had,” Algy tells me jokingly, “but that’s the thing with art.” 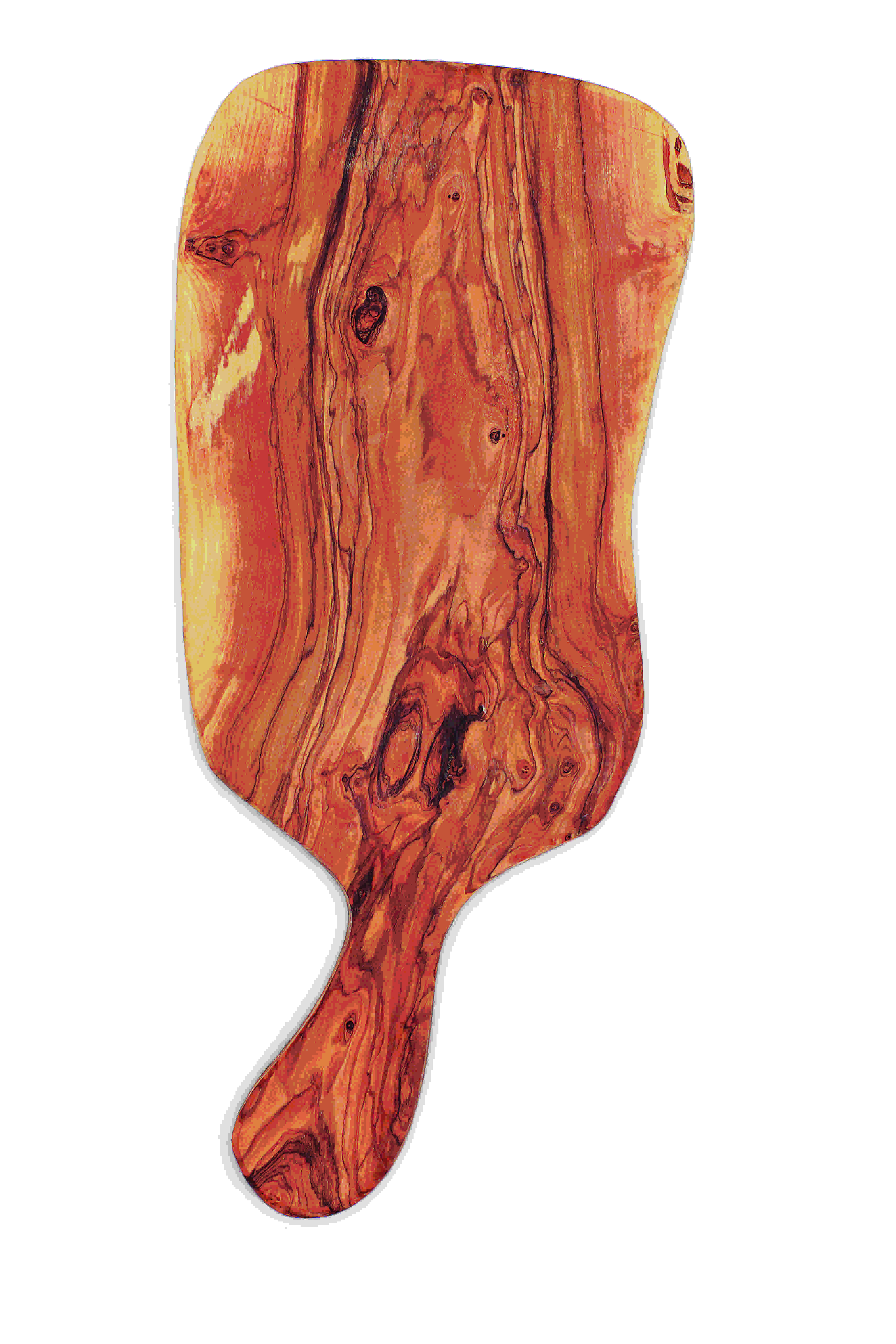 The most intriguing piece by far is definitely the sculpture by Wilfrid Wood, which depicts the head of Paralympic table tennis champion Ibrahim Hamato who uses his mouth to play after losing all his limbs in a train accident aged ten. 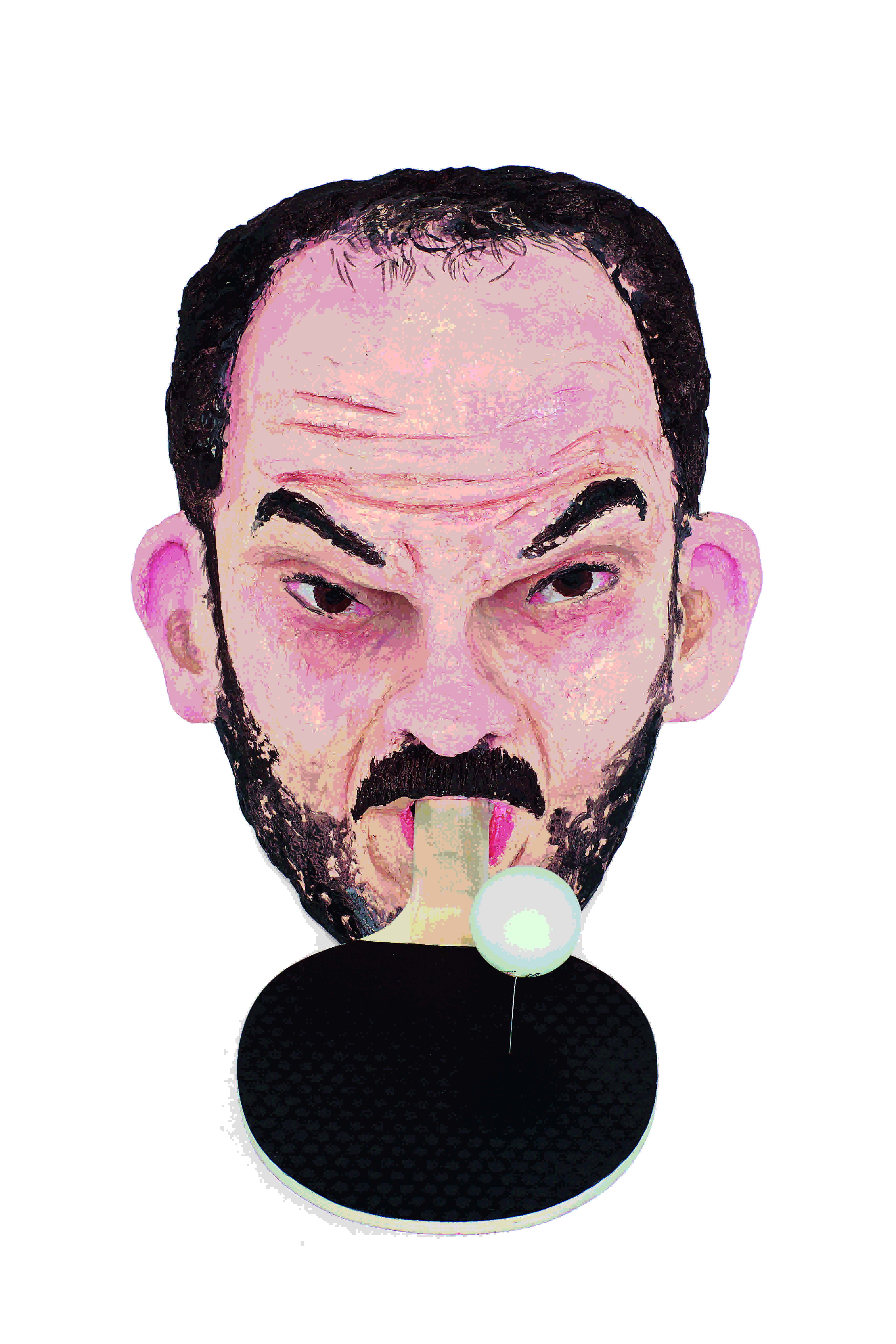 According to Algy, Wood wants his piece to show people that nothing is impossible as long as you work hard. “You should Youtube him,” adds Algy. “It’s absolutely amazing. I hadn’t heard of him until Wilfrid put his work forward.”

The exhibition launch promises to be a fun event; there will be a ping pong table for guests, bidders and artists alike to give the game a go, as well as taking a shot at ‘art pong’ – a special re envisioning of beer pong, which let’s be frank, is everyone’s favourite use for a ping pong table.

The exhibition is just a precursor to the project itself: In order to get your hands on a bat of your own you’ll have to head to the website which holds the online auction, set to run until the 30 November.

In the past, pieces have fetched anything from from £100 to £450, but considering what’s up for grabs this year those numbers could go through the roof. “Ryan Gander’s stuff goes for thousands of pounds, so who knows what that might do,” says Algy. “I think it might raise a lot of money, if not someone could find themselves with a great investment!”

You can find out more information and bid on the paddles through The Art of Ping Pong.

Linkedin
OTHER ARTICLES
Following the release of his debut single, Deyaz talks battling addiction, dealing with his struggles through music, and building a budding music career from his living room.
Theo McInnes’s photos of the annual event provide an intriguing snapshot of contemporary Britain.
Photographer Becky Tyrell went down to the fading banger and stock raceway to meet a community desperate to keep it alive.
After building his reputation covering the US civil rights movement in the 1960s, the photographer went on to produce some of the most enduring images of the past century.
Social prescribing connects people with non-medical support to improve their health and wellbeing – but some experts worry it’s just a stick plaster solution.
Activists and campaigners are fighting back against new laws that would seriously undermine the ability to take industrial action, calling it an attack on fundamental workers' rights.