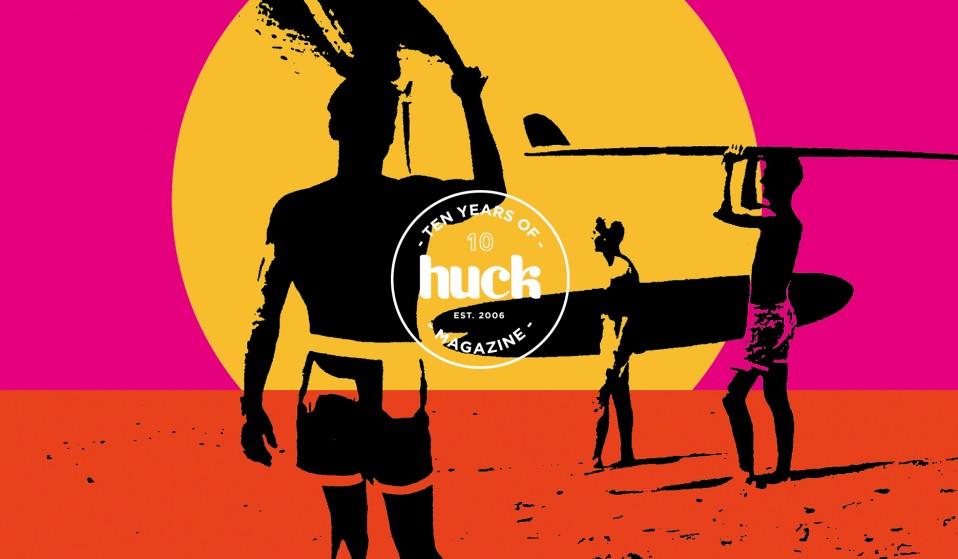 Artist John Van Hamersveld immortalised summer for generations to come. And he did it all by hand.

To celebrate 10 years of Huck, we're digging through the archives to unearth stories that feel as relevant as ever. Artist John Van Hamersveld immortalised summer for generations to come. And he did it all by hand.

Remember this image? Back in 1966, the epic representation of three beach bums silhouetted against psychedelic pink, orange and yellow turned art student John Van Hamersveld into a pop art icon at the age of twenty-one. The poster to Bruce Brown’s film The Endless Summer spoke to a free-spirited generation, whether you were jamming to Bob Marley, reciting poetry with Dylan or riding waves in Dana Point. Today, his memorable design continues to grace everything from museum walls to college dorm rooms. 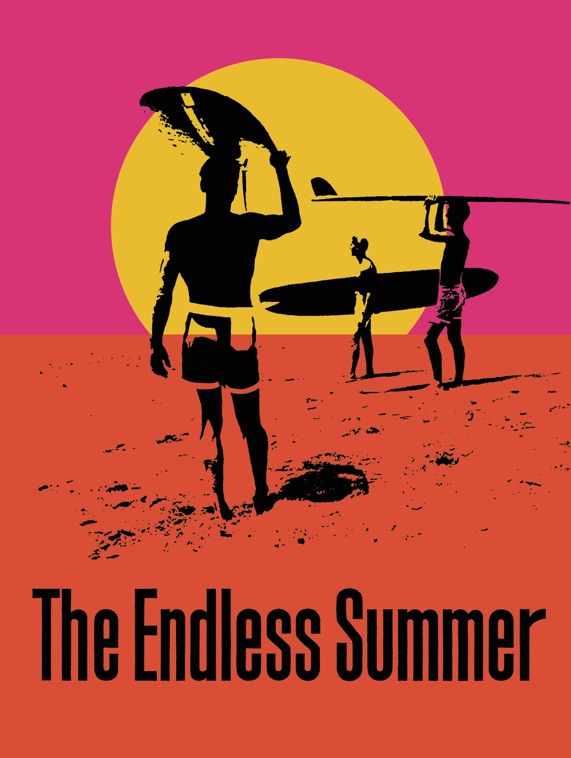 HUCK: How did you get involved in The Endless Summer project?
John Van Hamersveld: A friend of mine from Surfer magazine was promoting the film. I was still a student at CalArts Institute in Los Angeles and one day, right before my advertising and design class, I created the poster on my dining room table. It was published in 1964 as a high school lecture announcement poster for the film. By 1966, Martin Geisler, the ad agency’s designer, had started a personality posters business in the Village in New York. One year later he calls me to say he’s selling 30×40 Day-Glo posters in poster shops and college bookstores around the nation.

And it went on to become the cover for the album, right?
By this time I was working for Brown Meggs, of Capitol Records, who had signed the Beatles to the label three years earlier. I was finishing their Magical Mystery Tour album package and promo campaign when The Endless Summer soundtrack came out with my image on the cover. It was a major hit in the media and all my friends and classmates  were astounded. 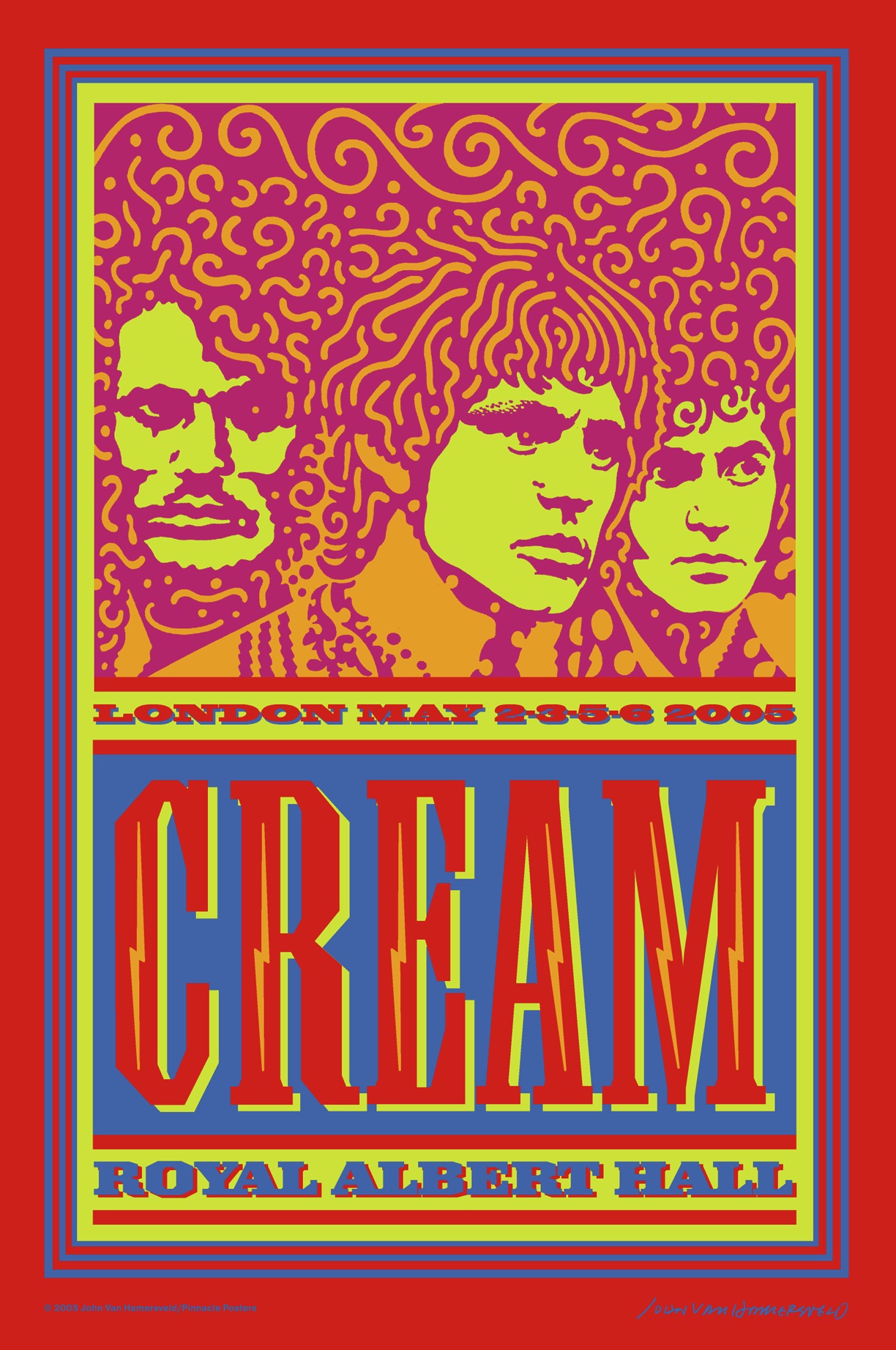 Describe your creative process.
It all starts with the thought process because the unconscious is so much a part of what comes natural in creation. I also like playing with people and travelling. Arenas create differences and displacement in the placeless market world. We tend to folly in moments that spark the slightest amount of inspiration.

Do you work in a studio?
My studio is in my head. The right side of my brain creates the ideas, and my hand interprets them into drawings. It is just like a computer without a mouse. My ideas are defined in macro analogue environments turned micro. Then I process them and it comes back out analogue. 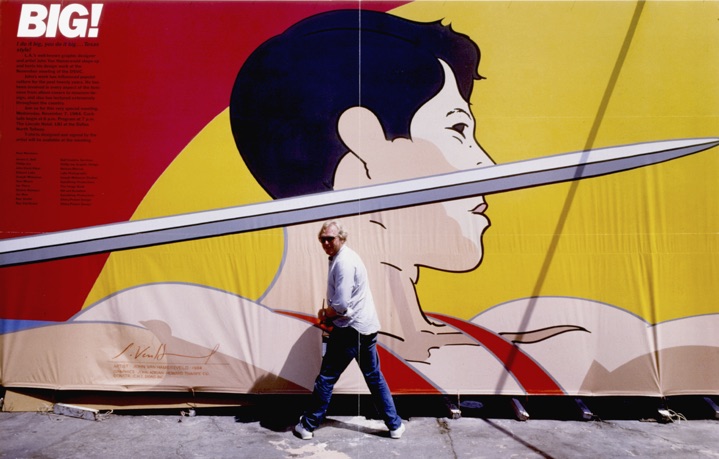 Do you feel that artists have a social responsibility? Do you infuse your work with any particular kind of ethics?
I think being creative is a way of making a difference. Time is just a moment, an opportunity waiting to happen. Business-minded people who practice ordinary work do it to feel ordinary in their ordinary markets. For them, living is supposed to be safe, leaving risks to those without ethics. At this point, I ask myself, is life ordinary? No! The creative people live in a crazy world of risks where ordinary people judge them as unethical. But if people can understand the creative as something other than crazy, that’s when something happens. 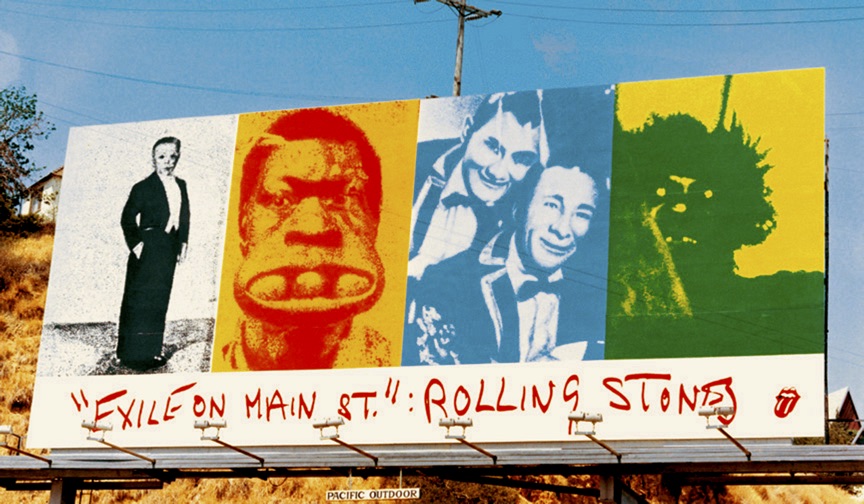 Describe a highlight from your working career. What do you like most about your work?
Hmm… Let’s see… Oh, Chris Blackwell, who produced Bob Marley and U2, bought the restaurant chain Fatburger in 1990 and hired me to design the architecture, signage and campaign. I was pretty stoked. But I’m most inspired when I teach at CalArts because it’s the way I learn more about everything. I went from being an art student to an instructor and then all of a sudden it had been twenty-one years. Some say I’m a part of the CalArts Mafia. 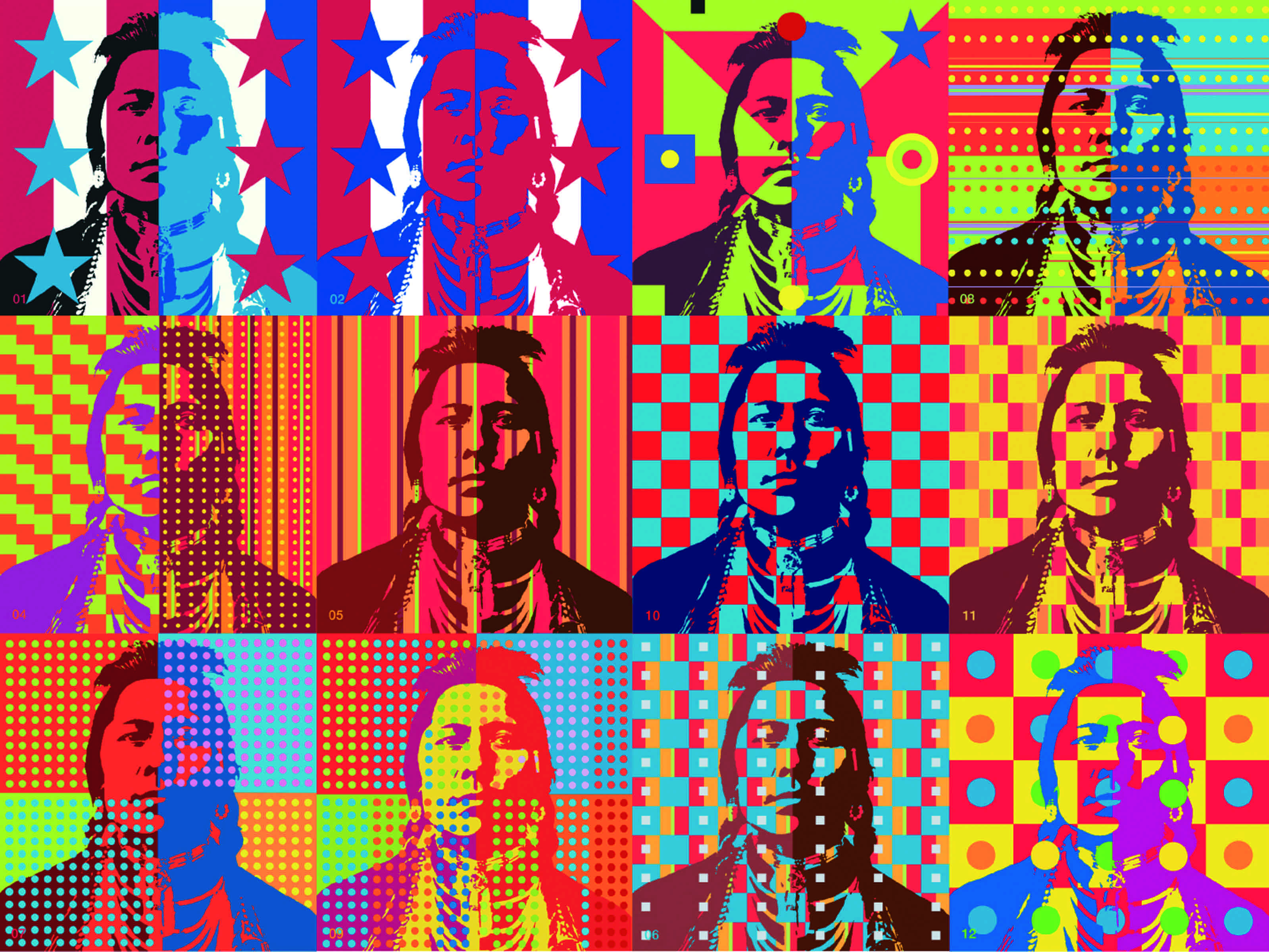 What do you make of the way technology has changed the design process? Thanks to computers, illustrators and designers hardly have to pick up a pen.
The digital age brought codes like Command X and Command V in the nineties and by 2000 it all seemed like a world of clip art. Punks Xeroxing at Kinko’s with their new king, ‘Cut and Paste’. 12×12 album covers, for example, are epic. But today’s digital world has transformed what used to be a sign of culture into a small square image any iTunes enthusiast can download for ninety cents.

How do you deal with that kind of change?
I’ve stopped trying to overcome the battles of technology and digital applications. Today it is just the standard. We are living the history of the ‘Information Age’. There is no boundary to what you can find on Google. This referential lifestyle for culture is really just a memory trick. Everything is a memory of a memory. Either you weren’t old enough to remember, or the memory belongs to someone else. It doesn’t really matter because Google personalises it. Just like how you’re going to forget about this article as soon as it’s published because, if you ever need it again, Google will refresh your memory.

Find out more about John Van Hamersveld’s work. The Endless Summer poster can be found at the MoMA permanent collection.

Linkedin
RELATED ARTICLES
OTHER ARTICLES
A 37-year-old woman shares how her abortion led her to become a clinic worker, and the abuse she’s received in that role.
Financial turmoil is pushing people who work in the sex industry into more dangerous and desperate situations as a means of survival.
Thousands attended the annual event this year to wheelie through the city and call for ‘knives down, bikes up’.
Ahead of the release of their first collaborative album, the producer and rapper talk psychedelics and the state of UK hip hop.
Following the announcement of an 80% hike in the energy price cap from 1st October, crowds gathered outside the offices of energy regulator Ofgem to protest and declare their intention to undertake a payment strike.
Yesterday thousands gathered outside Buckingham Palace after news of the Queen’s death broke.