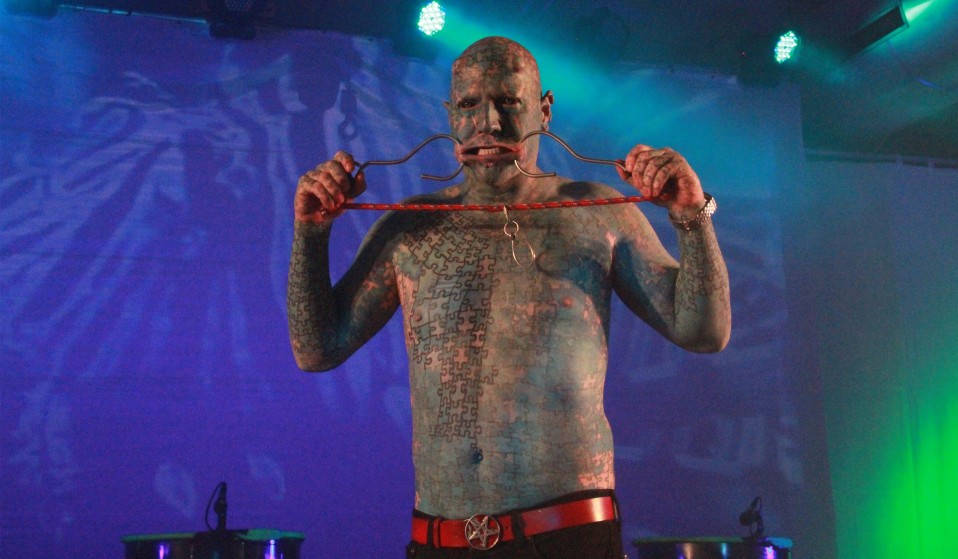 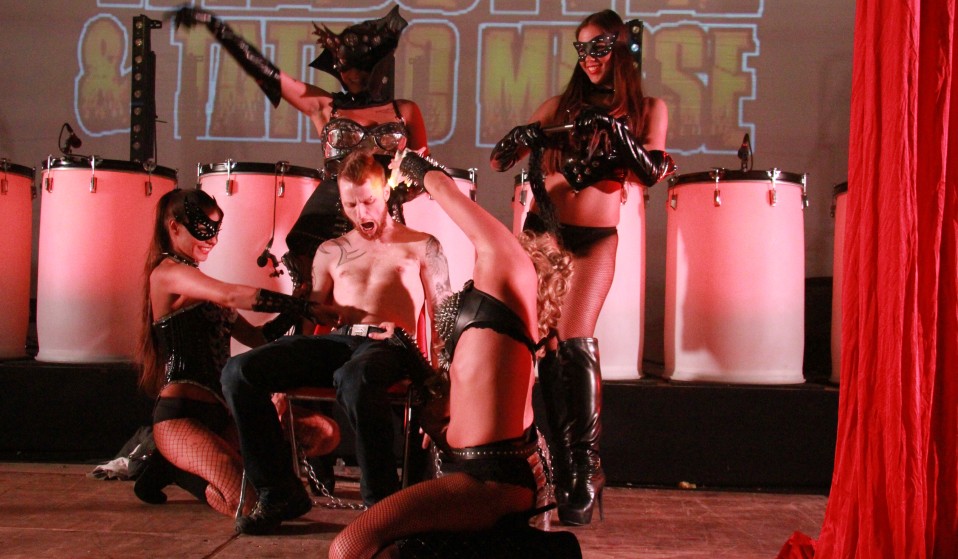 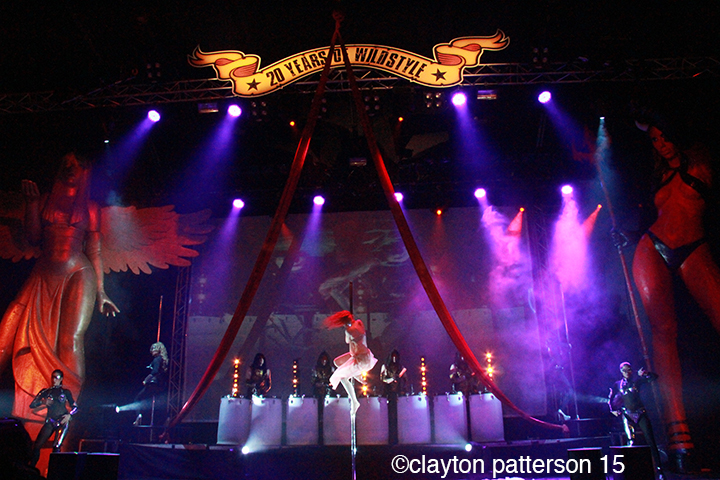 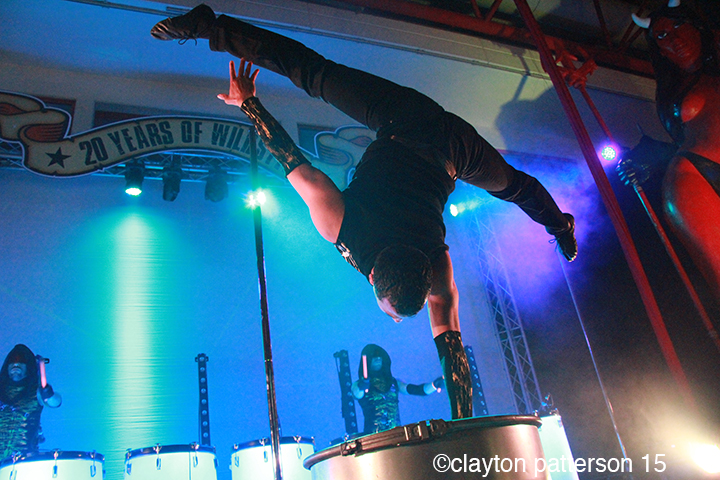 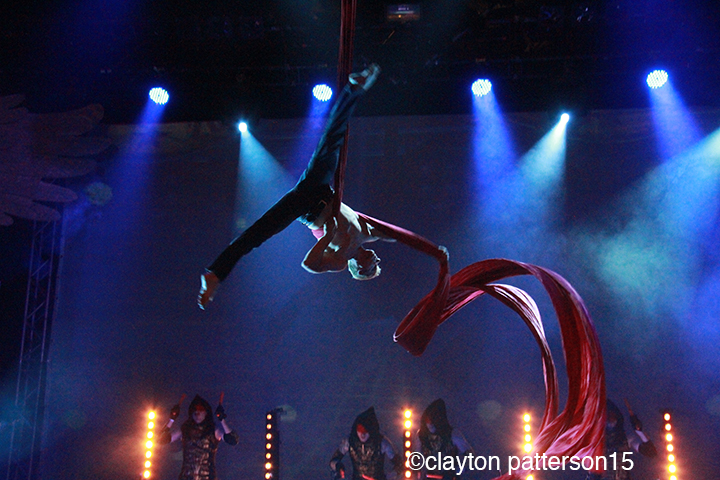 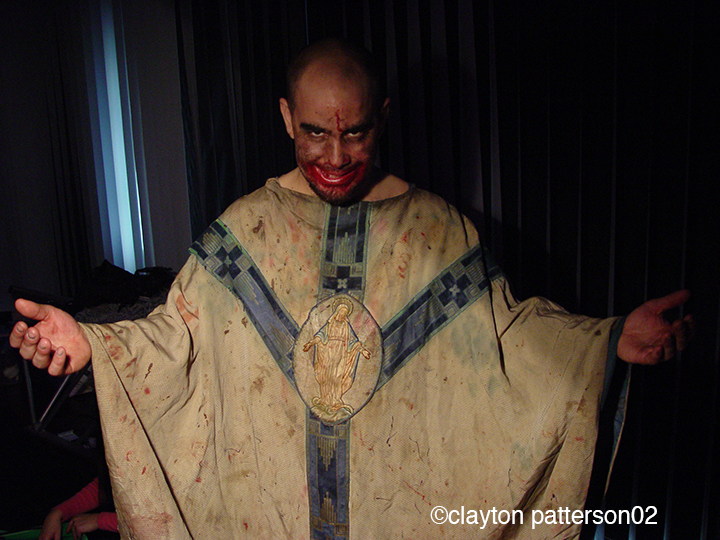 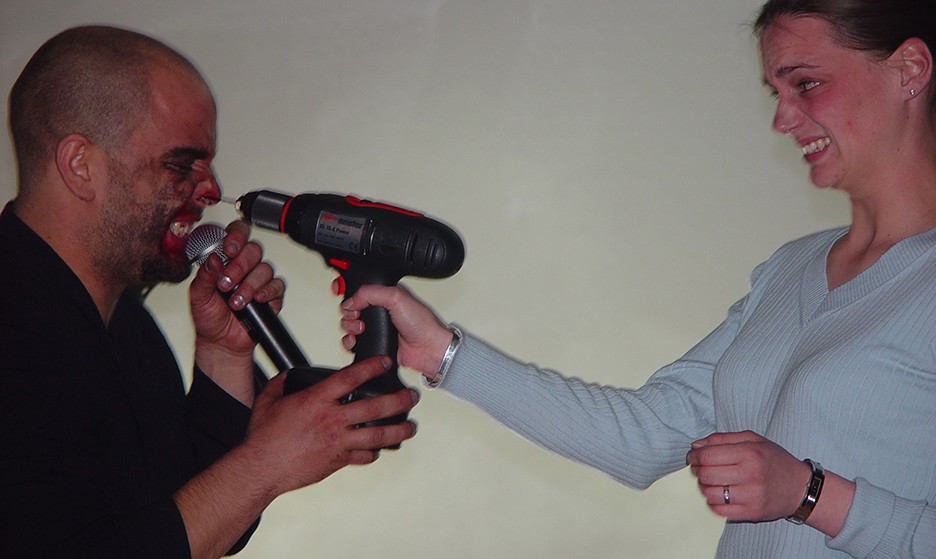 When Wildstyle began in 1995, European tattoo culture was barely visible. Rebel artist and photographer Clayton Patterson explains how two decades of touring with Wildstyle has helped win the culture the respect it deserves.

When Wildstyle began in 1995, European tattoo culture was barely visible. Rebel artist and photographer Clayton Patterson explains how two decades of touring with Wildstyle has helped win the culture the respect it deserves.

In 1995, I got a call on the telephone from a person in Austria by the name of Jochen Auer. He was creating a new entertainment concept show, which he hoped to tour around Austria and Germany. His concept was based on a wide spectrum of the more underground parts of modern culture: tattoos, piercing, photography, video, hot rods, custom motorcycles, fashion, sideshow acts, erotic dancers, gymnasts, rock’n’roll music and well-prepared fast food. In a first for Europe, the show would bring it all together under one giant roof. Jochen’s idea was Wildstyle, which I have proudly been part of for the last 20 years. 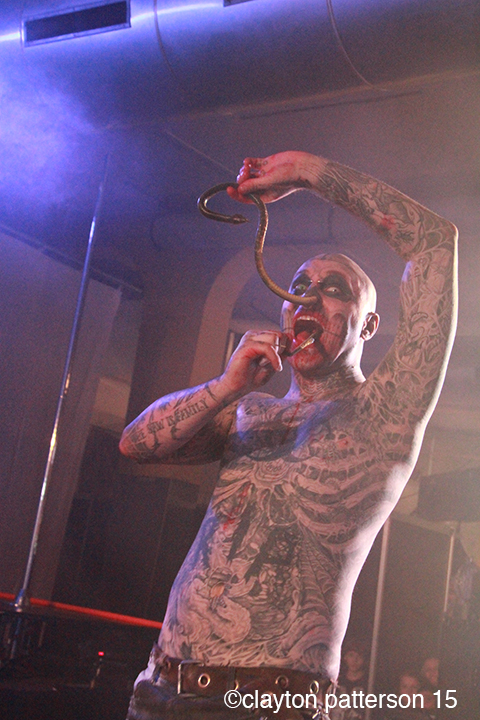 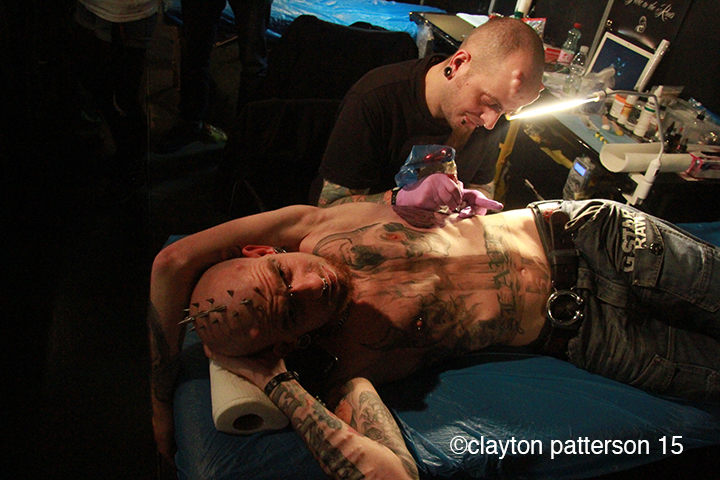 In the early ‘90s, piercing was just barely legal in a couple of small counties in Austria. The country hadn’t yet hosted a major international tattoo convention and had barely recognised the existence of this new cultural world. Jochen was about to change all of that: bringing this new avant-garde cultural world to Austria and putting it on the map, worldwide. 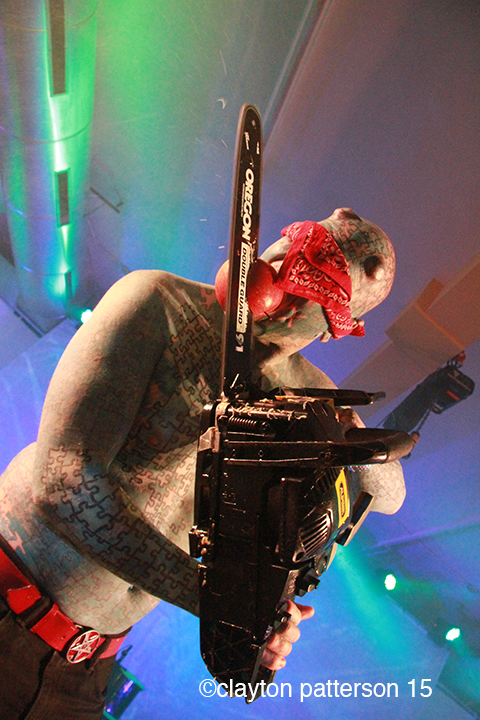 Over the last 20 years, Jochen’s dream, his vision, has become a reality. And amazingly, still to this day, no one else has even attempted a collective show similar to his extravaganza. 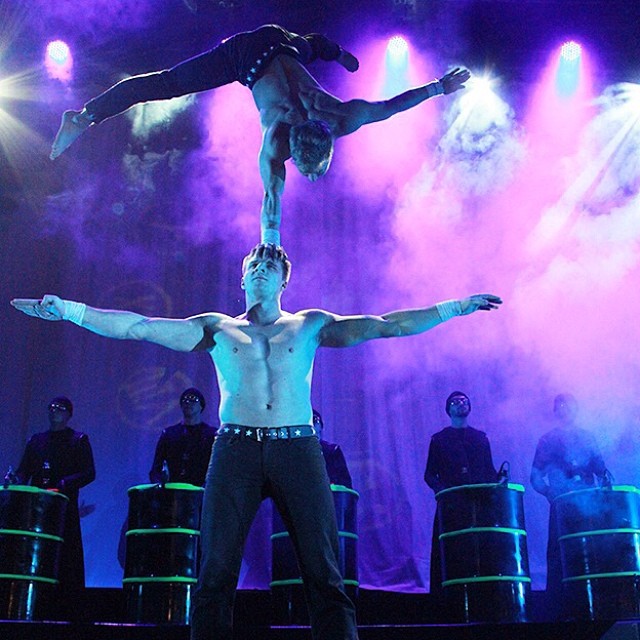 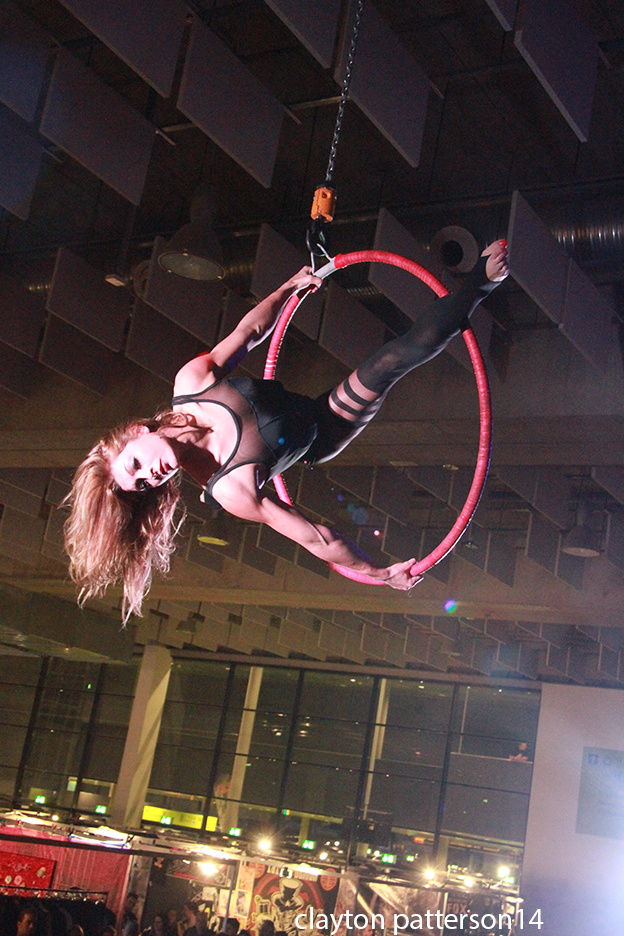 The stage show is lit, designed, and artistically directed by a professional. Jochen narrowly tailored music that fit and suited the theme and vibe of the show. It has featured guest stars like Metal Queen Doro, Manowar bassist Joey Demaio, guitarist Rob Holliday of Prodigy, and a special performance of the Jim Rose Circus. Wildstyle has also played host to Native American performers, shown ethnographic body art from pre-modern cultures and always offered a solid choice of fast food. And of course, my own showcase of counter-culture photography: Hell’s Angels, street gangs, musicians and artists from New York’s Lower East Side. 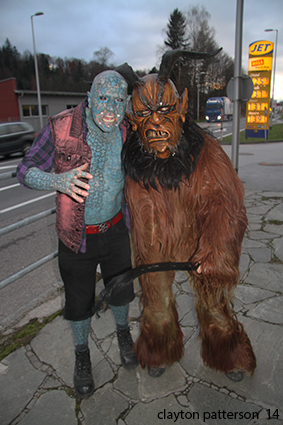 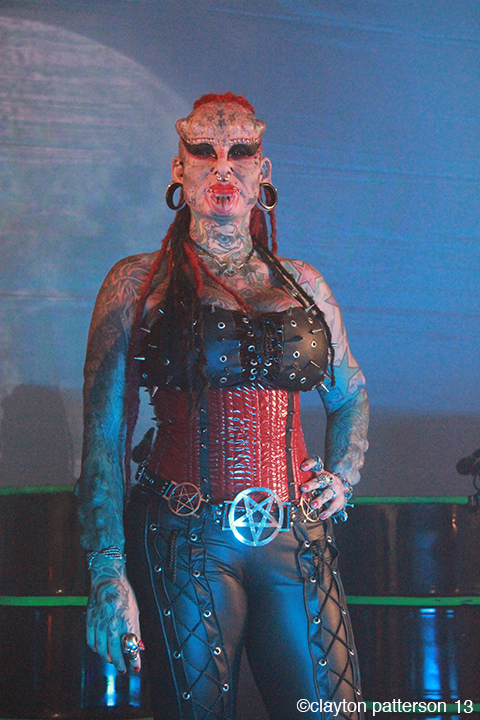 Wildstyle has done much to educate and introduce foreigners to Austrian culture. In Austria it has educated and introduced a wide spectrum of the public to the tattoo, given them a front row seat to see famous artists at work and nourished local artists too. 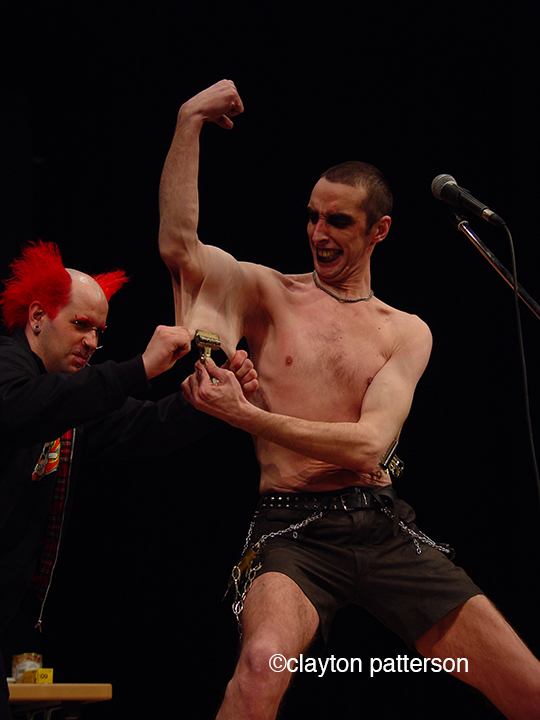 Wildstyle’s influence on the culture has still not been examined or understood.  My hope is in the future some educated people will start to study and examine the show’s influence and contribution to the rise of tattoo culture and all the associated cultures the show encapsulates. 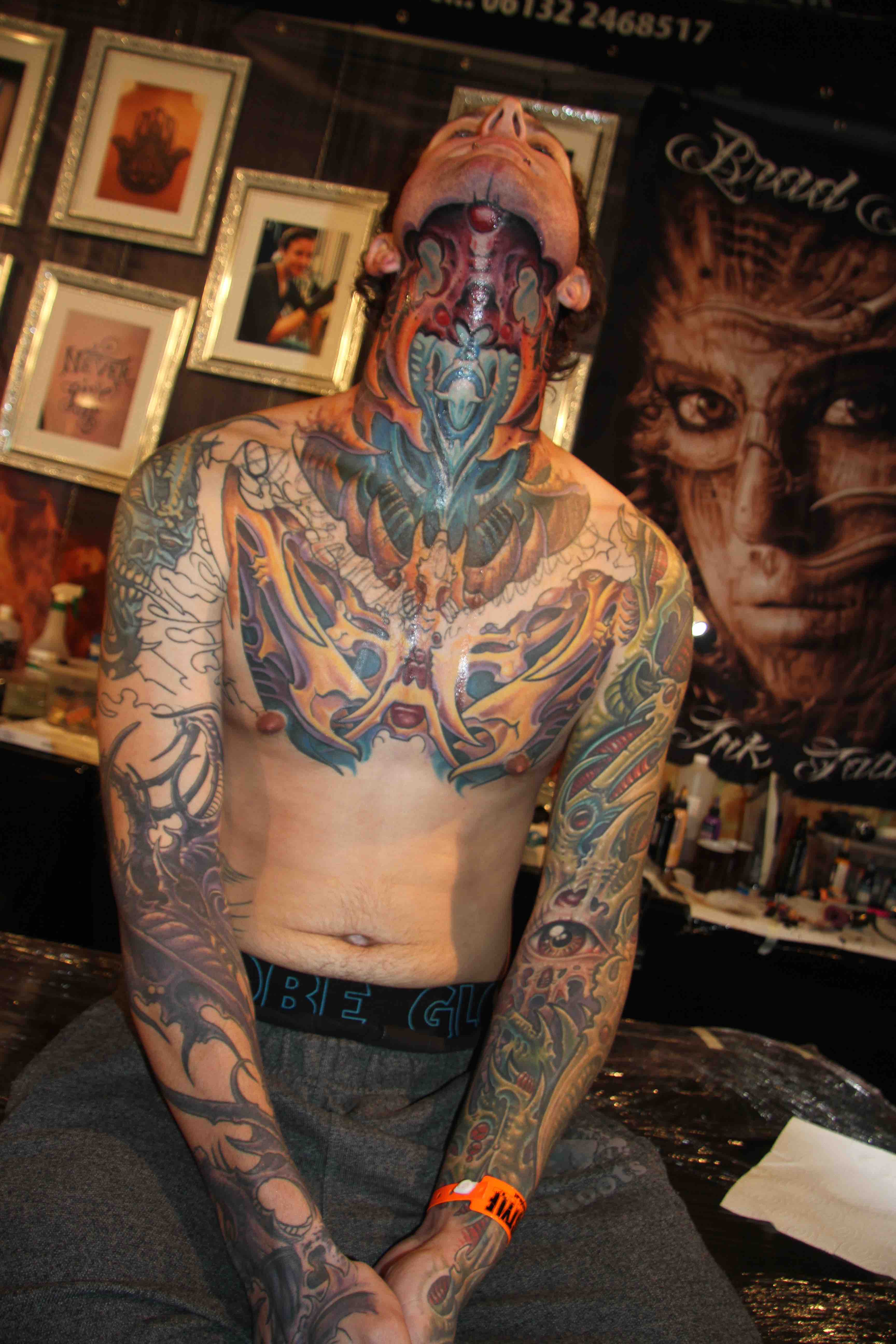 I know for me personally, my involvement with Wildstyle has added much to my life. I have been able to visit, explore and become familiar with parts of Europe that – even if I was lucky – I would have only visited otherwise.

Clayton and Jochen in 1995 and today.

After 20 years of repeated visits I have become acquainted with many parts of Austria and have developed many important friendships. As I have seen New York City, and especially the Lower East Side where I have lived since the late ’70s, change beyond recognition and snuff out the rebellious creativity that made the city great, I have been looking to find somewhere I can feel at home. I think that place is Bad Ischl in Austria. I have been exploring the idea of moving myself, my art and my archive to the small Austrian city where Jochen and Wildstyle are based, which over the years has become a second home to me.

Linkedin
RELATED ARTICLES
OTHER ARTICLES
The situation in Afghanistan remains dire, with many groups facing persecution at the hands of the Taliban.
Our new magazine is here, starring the inimitable Mitski. Order your copy now and join us on a trip around the world.
The author discusses her blistering new novel about history, revolution and queer love.
The government’s failure to take long Covid seriously has led to the formation of a group campaigning for the thousands of forgotten victims of the illness.
Over the weekend, London locals came together to resist a pre-planned police raid targeting delivery drivers.
From the Yakuza to a biker gang, Bruce Gilden recounts capturing Tokyo and Osaka in the ‘90s.