Art & Culture / Art / For artist Eloise Dörr, breaking a deck isn’t the end of the story 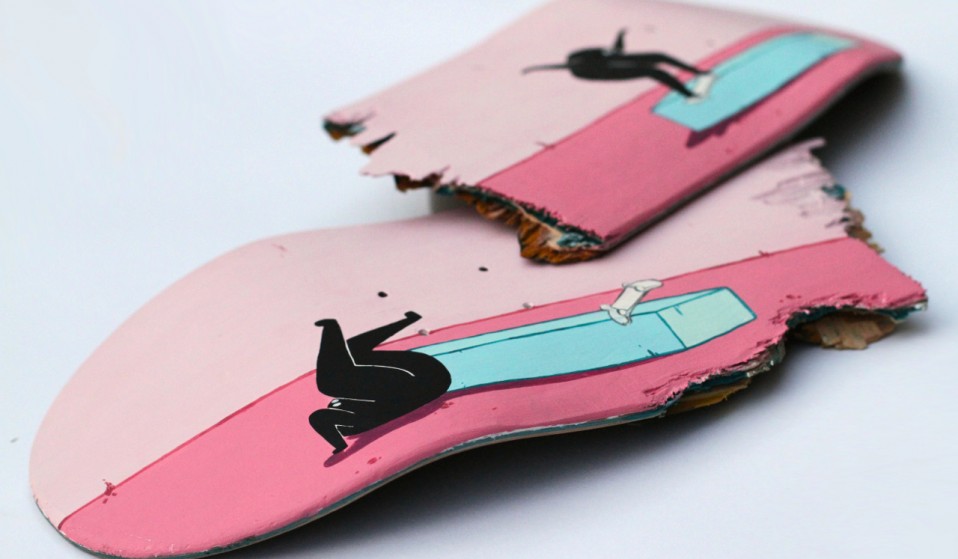 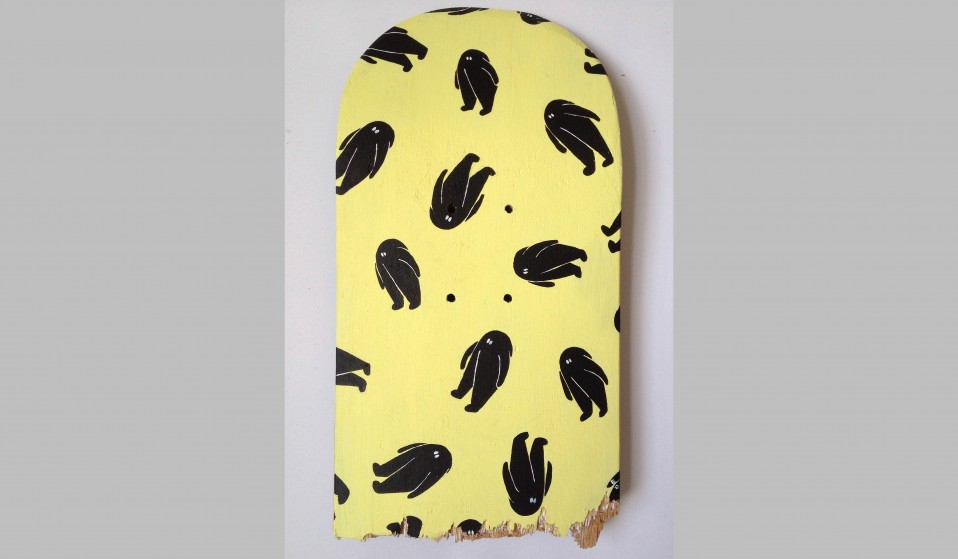 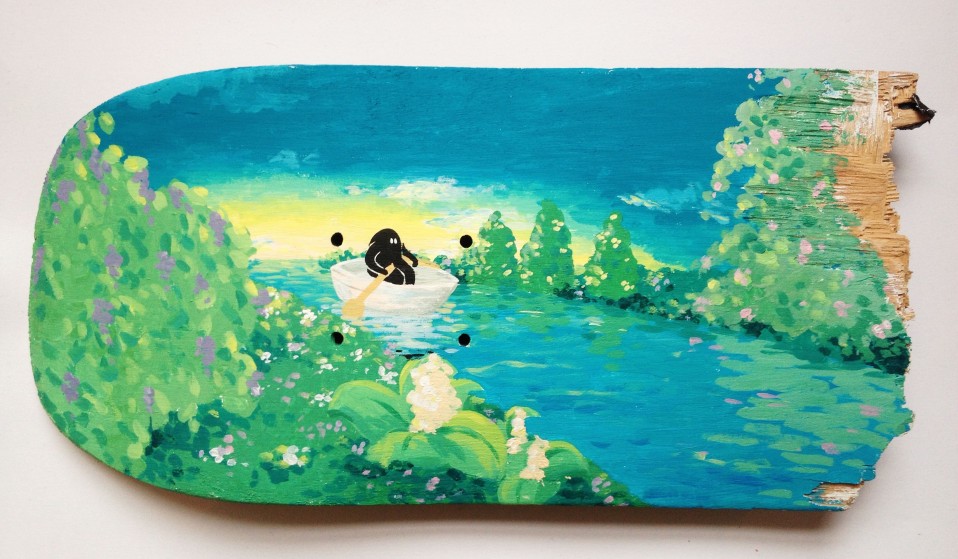 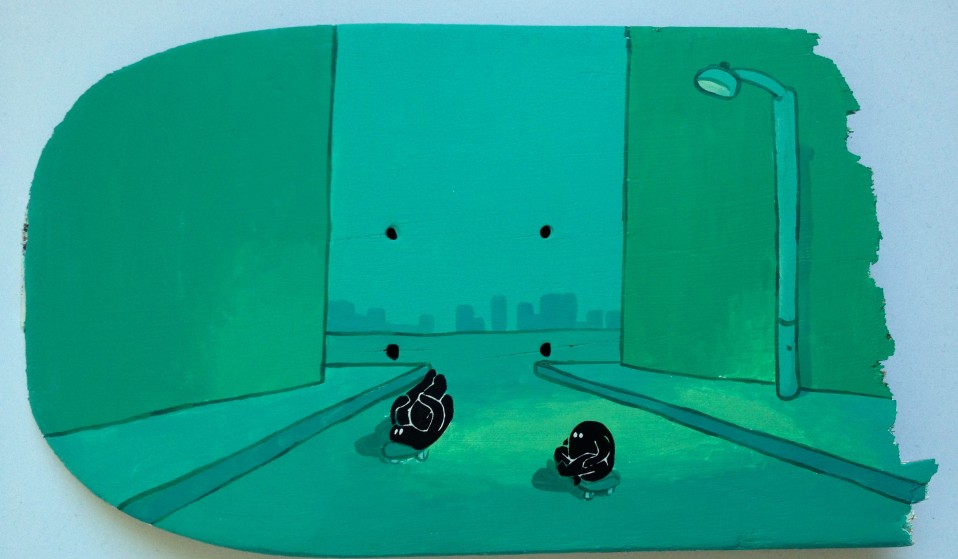 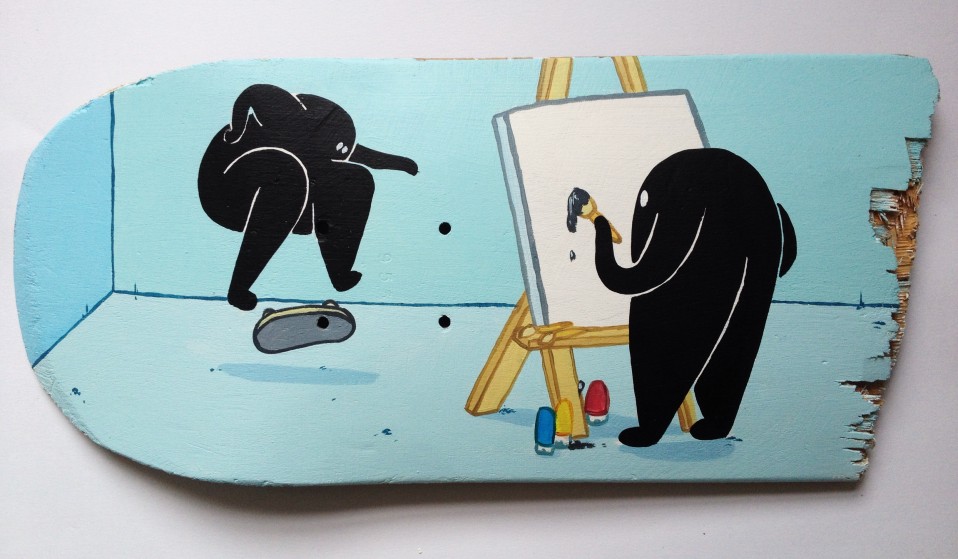 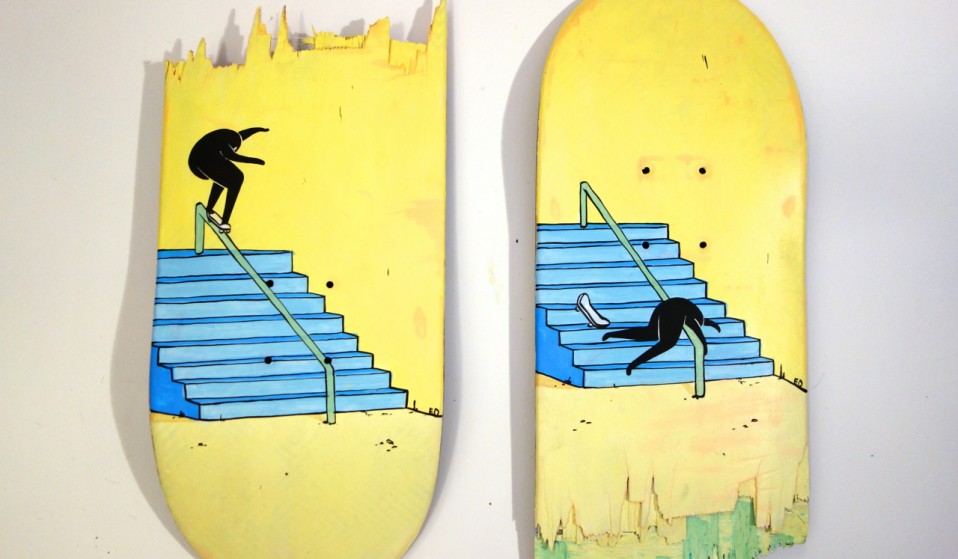 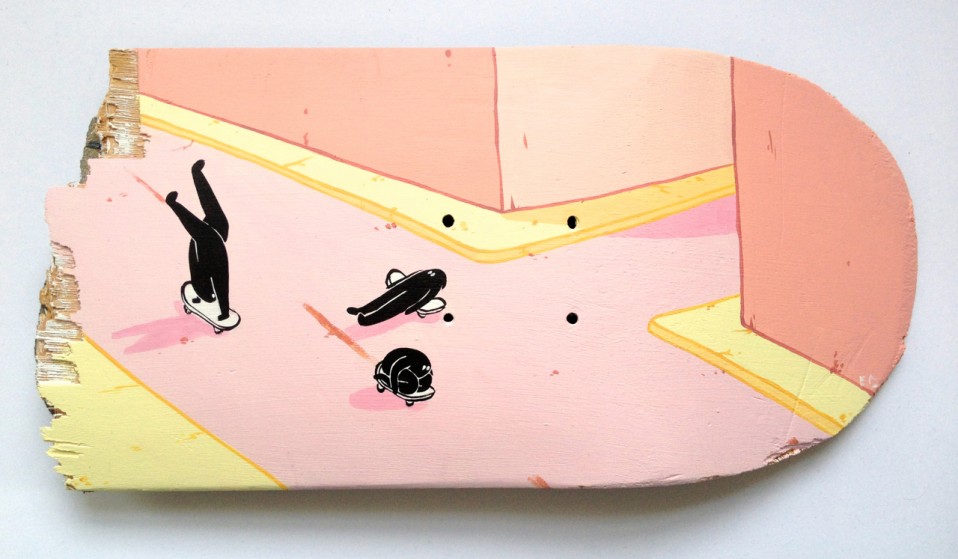 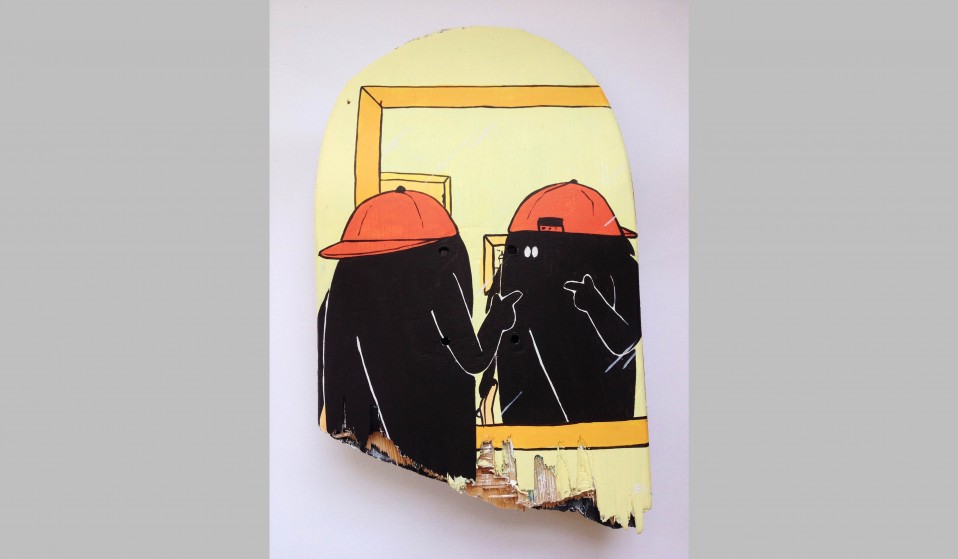 Eloise Dörr’s cheeky silhouette characters show love for the less-celebrated aspects of skating, like breaking decks and stacking it.

Eloise Dörr’s cheeky silhouette characters show love for the less-celebrated aspects of skating, like breaking decks and stacking it.

Breaking a deck ranks alongside stacking it, cracking a truck or ripping the sole off your tattered shoes, as one of those frustrating aspects of skateboarding. While indivisible from the whole positive experience, it’s still a minor ballache and there’s no way of getting around it.

But artist Eloise Dörr’s new show Leftovers demonstrates that breaking a deck doesn’t have to be the end of its story – or the end of a skater’s relationship with their treasured piece of maple ply. Instead of throwing them in the bin, Eloise has taken broken decks and developed artworks in conversation with their former owners.

“I chose the medium of old decks because I love giving objects a new lease of life by making them into illustrative pieces,” she explains. “Whilst also doing it as a collaboration between me and the previous owner of the board. Each one is different and has its own story, which is a theme I love in all contexts.”

Eloise’s signature silhouette characters will be doing their thing at Parlour Presents on Thursday September 3, showing the love for skateboarding’s less-celebrated elements, like stacking it or trying – and failing – to capture a trick. Or, in her words: “Relishing in the innocence and amusements of skateboarding, spending most of their time falling over.”

Linkedin
RELATED ARTICLES
OTHER ARTICLES
Lucas Beaufort teams up with Co&Jo to show the beauty and sweat that goes into making a surfboard.
New skate brand FURR Skateboards is helping nurture a new wave of creativity in South Wales' 'pretty shitty city'.