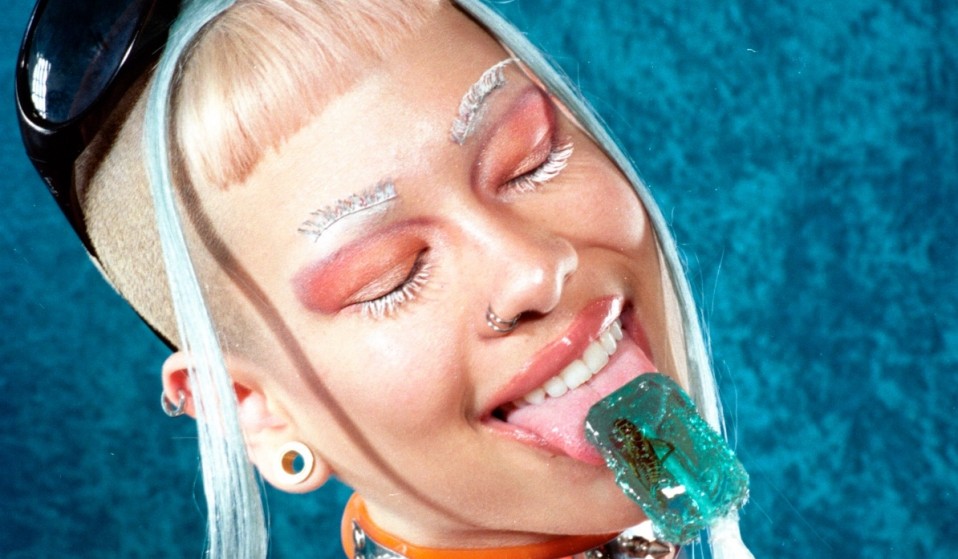 The photographer is known for her uniquely colourful shots of subcultures, but now – in a new Polaroid collaboration – she’s turning her lens to the past.

The photographer is known for her uniquely colourful shots of subcultures, but now – in a new Polaroid collaboration – she’s turning her lens to the past.

The colourful characters seen in her work come straight from her San Francisco upbringing. “As a kid, my dad owned a comic book store – one of the first in the nation,” she says. “I soaked up Garbage Pail Kids, Mars Attacks, as well as X-Men, Manga, and sneak peeks at underground comics.”

As such, these influences were a natural pull towards exploring subcultures: “In my art, I’m very drawn to people on the fringe in terms of how they present themselves.”

In this sense, Day aligns herself with fellow provateur Diane Arbus, the arbiter of shooting marginalised people. However, while Arbus proclaims her “freaks” as “aristocrats”, her portraits totter on the edge of discomfort, with a question mark hanging over whether they are humanised or dehumanised. In contrast, Day’s relationships with her sitters remain resolutely direct. “I love the immediacy of photography and the connection it facilitates between myself and my subjects,” she confirms. 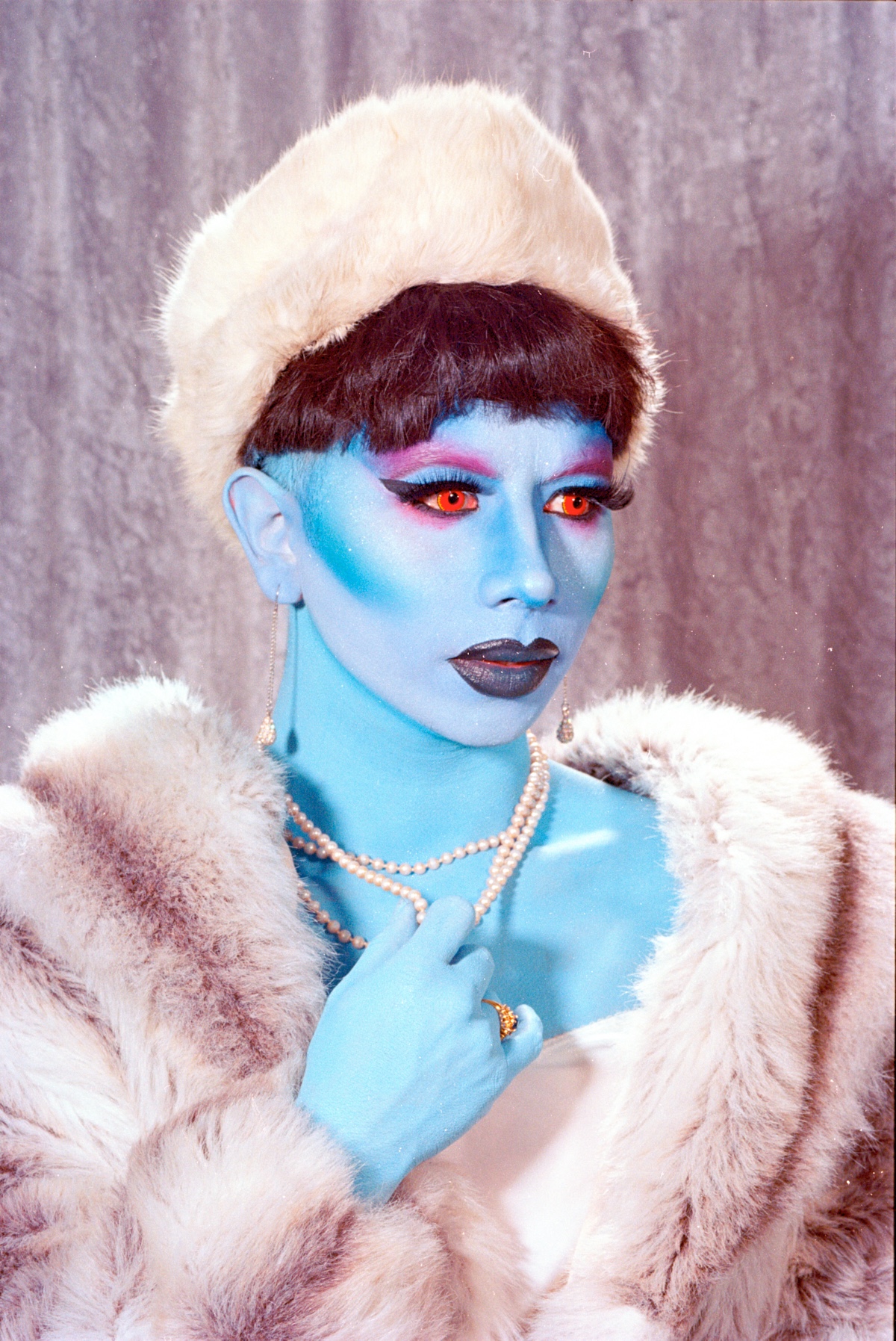 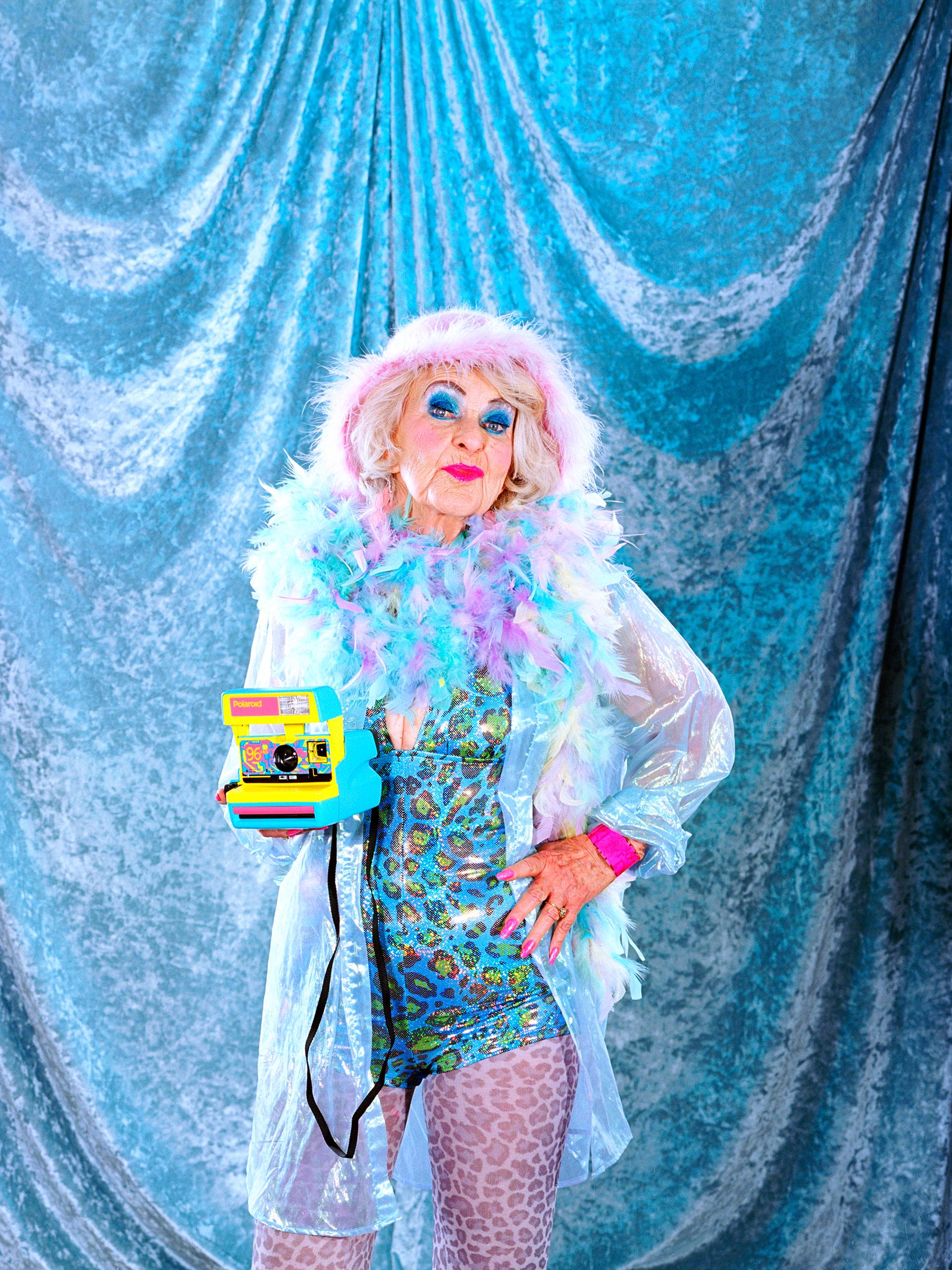 Baddie ’90s, from Polaroid’s Still Got It series.

Her work is celebratory, rejecting Photoshop (“I believe what’s captured in the moment is perfect and I don’t want to tamper with that”), and relying on film to play with perception and reality.

“My work is about the malleability of identity and the potentials of self,” she explains. “I like for viewers to not be sure if they’re looking at a real person or a put on.”

Part of this is about channelling her outlandish characters in a bodily way: “I spend a lot of time practising portraying emotions with my face looking in the mirror at home – or when driving! People in the cars next to me must think I’m nuts.” 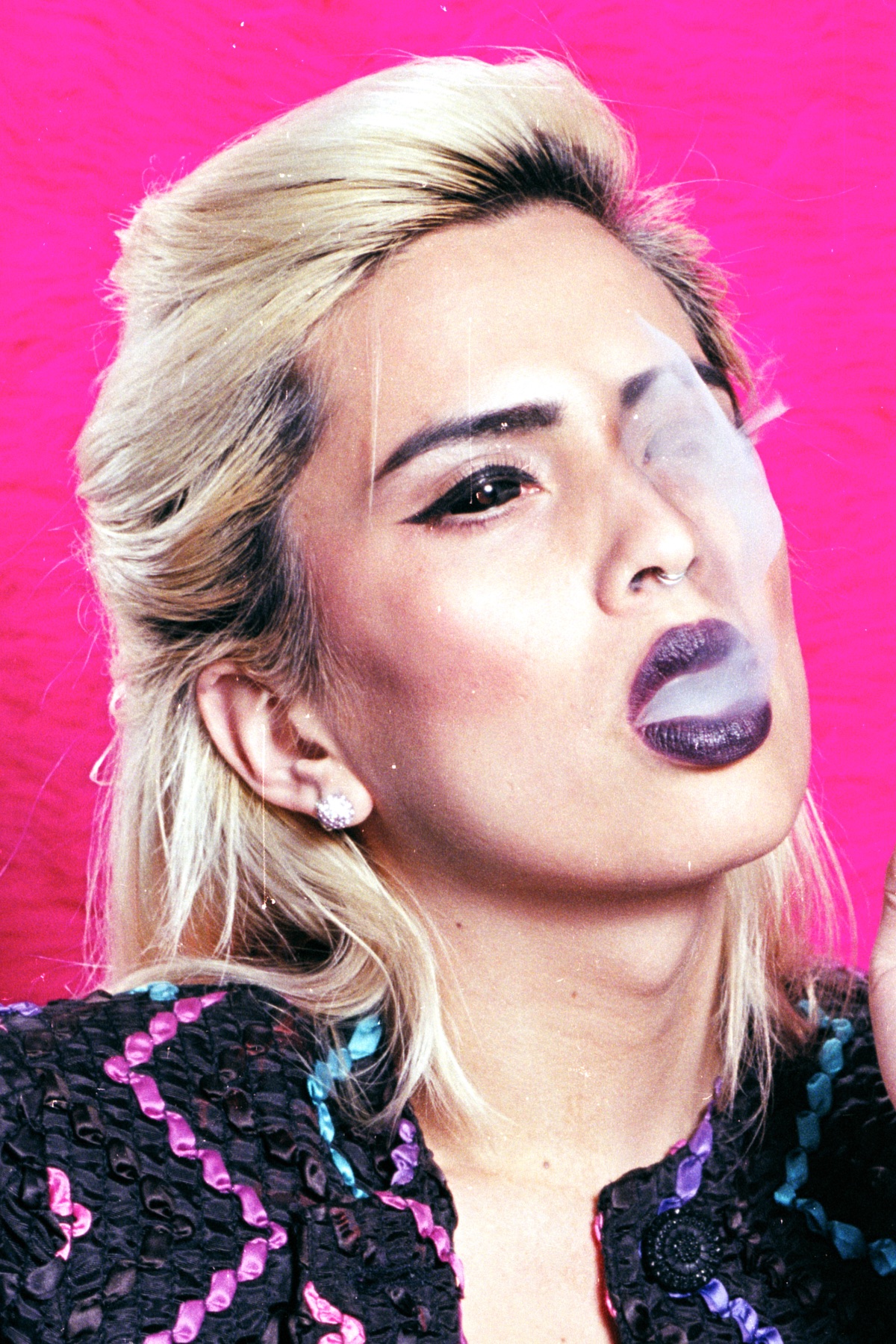 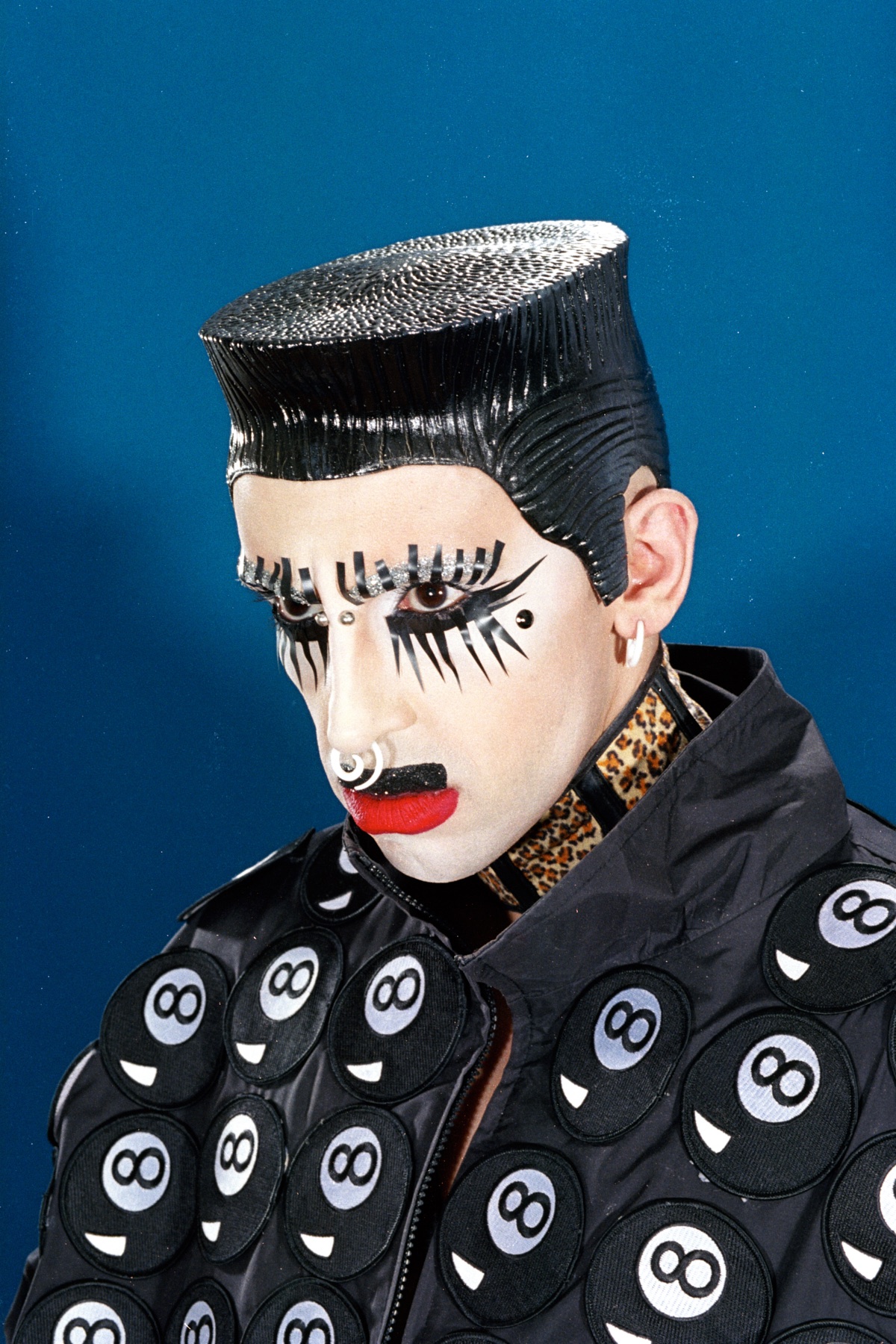 All this playfulness comes to the forefront in her latest collaboration with Polaroid. The series, titled Still Got It, riffs on family portraits through the decades, with colourful cameras acting as stand-ins for beloved pets.

Included in the lineup is 89-year-old Instagram celebrity Baddie Winkle, Frances Davis, the self-proclaimed “Diva of West Hollywood” and daughter of jazz legend Miles Davis. “I got so verklempt as she showed us photos of her as the most elegant young ballerina, and then dancing with Elvis!”

With Parker and Polaroid encouraging us to reconnect with our past, it’s clear how the digital age has transformed our understanding of subcultures to no longer mean isolation. “What’s funny now is that people who are outside of the mainstream can still have 50k+ followers on Instagram,” Day says.

As such, the photographer calls for an expanding vocabulary. “I hope to find better words than fringe or subculture for describing these inspiring people.”

Until those terms are decided, her photography is doing just that. 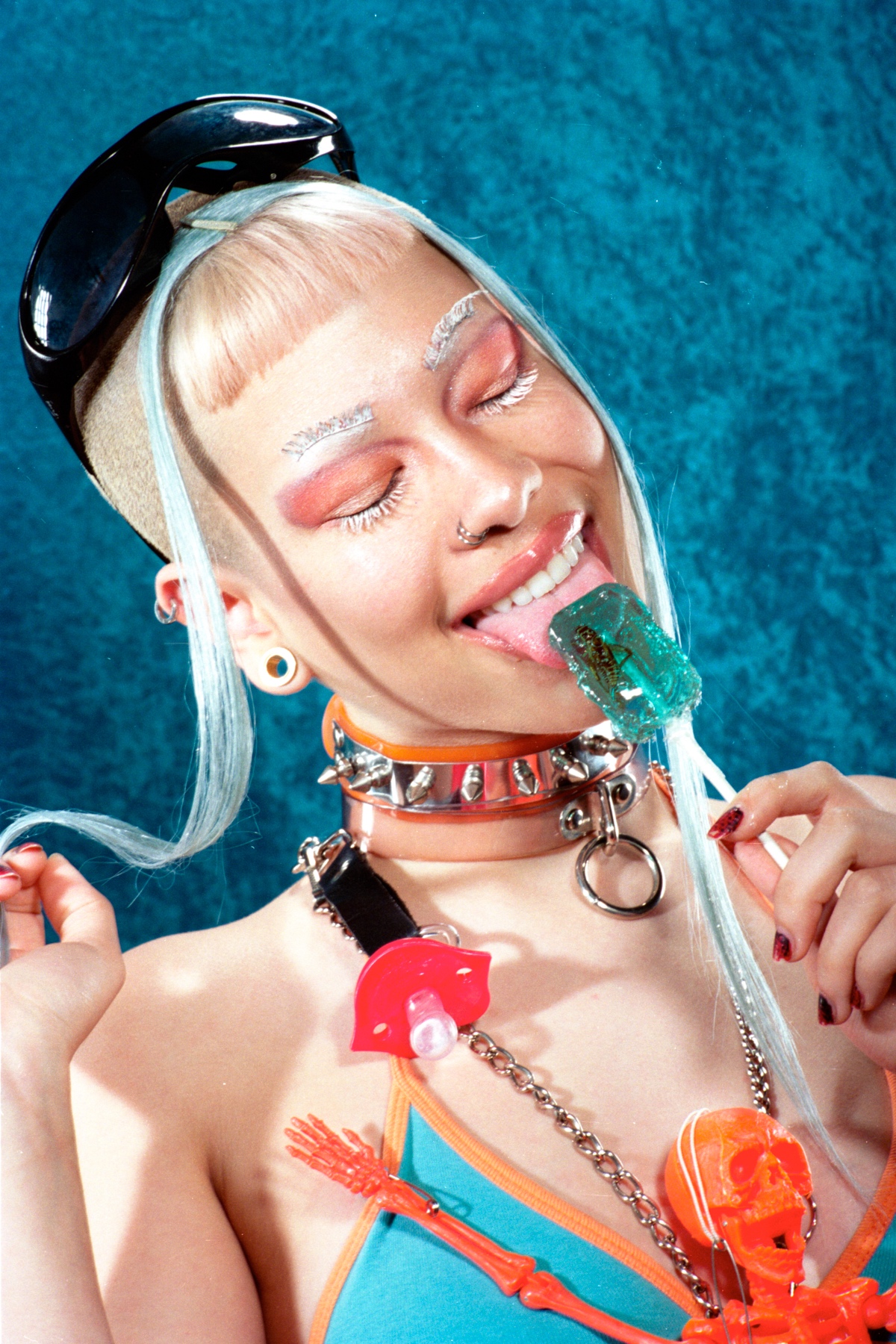 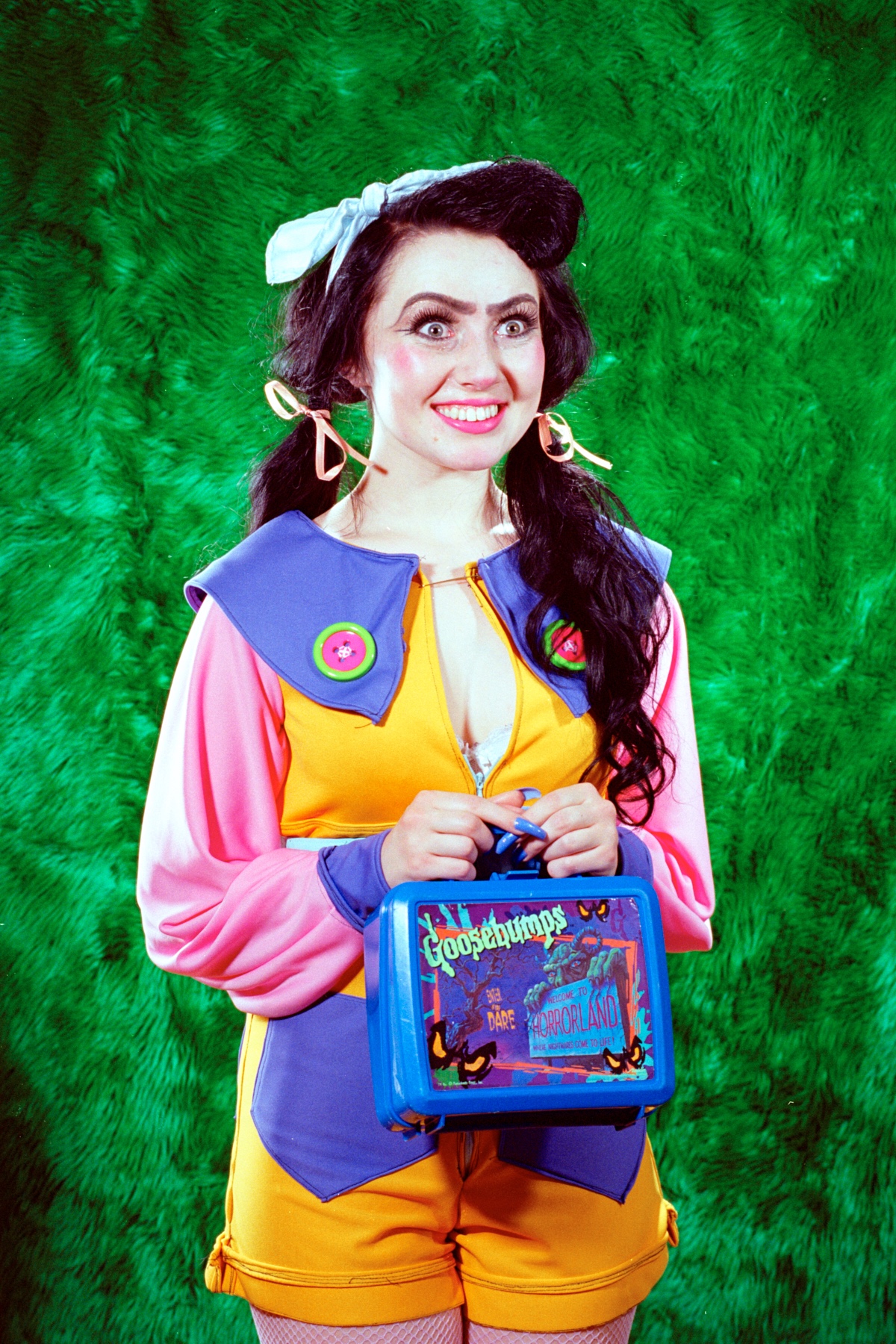 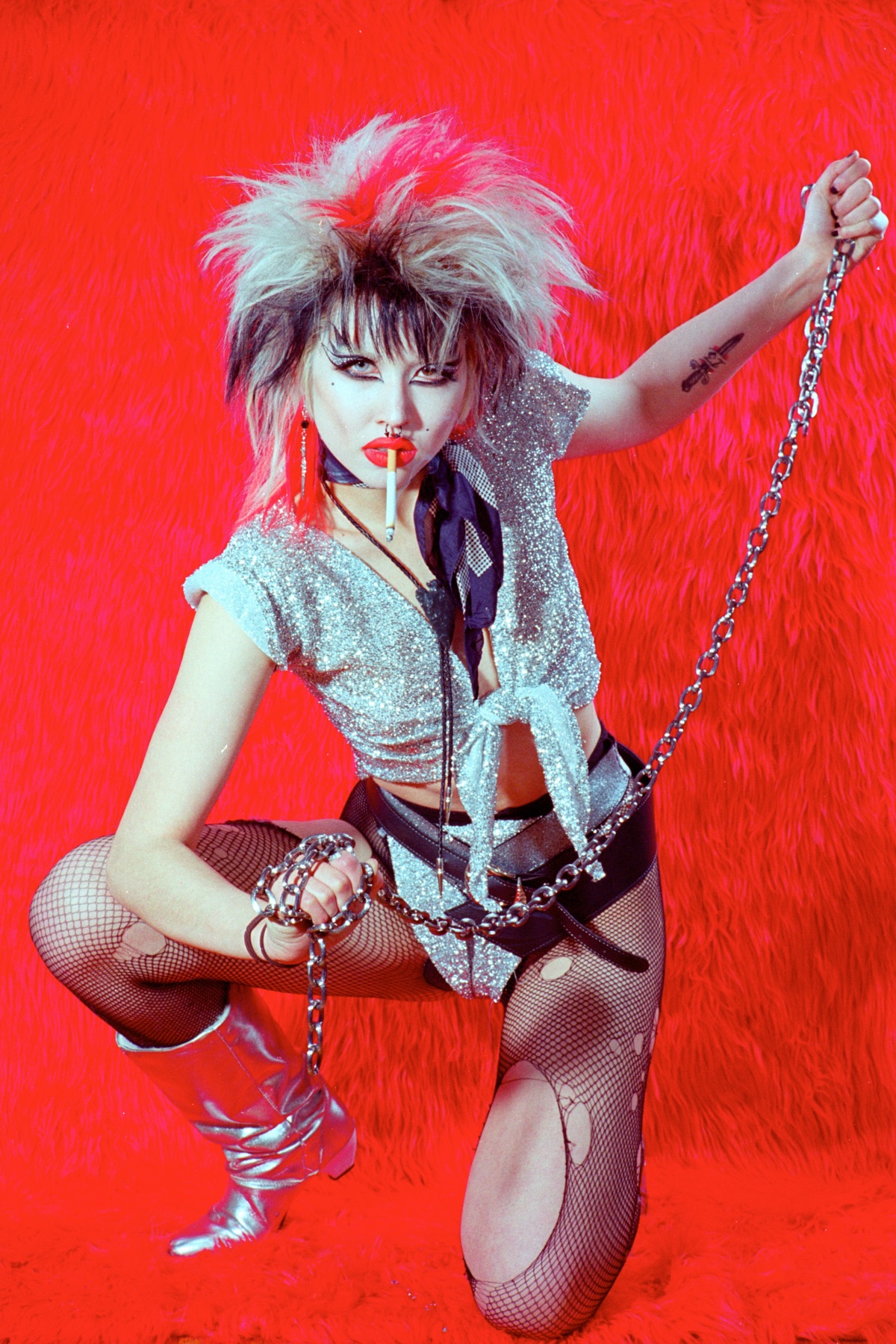 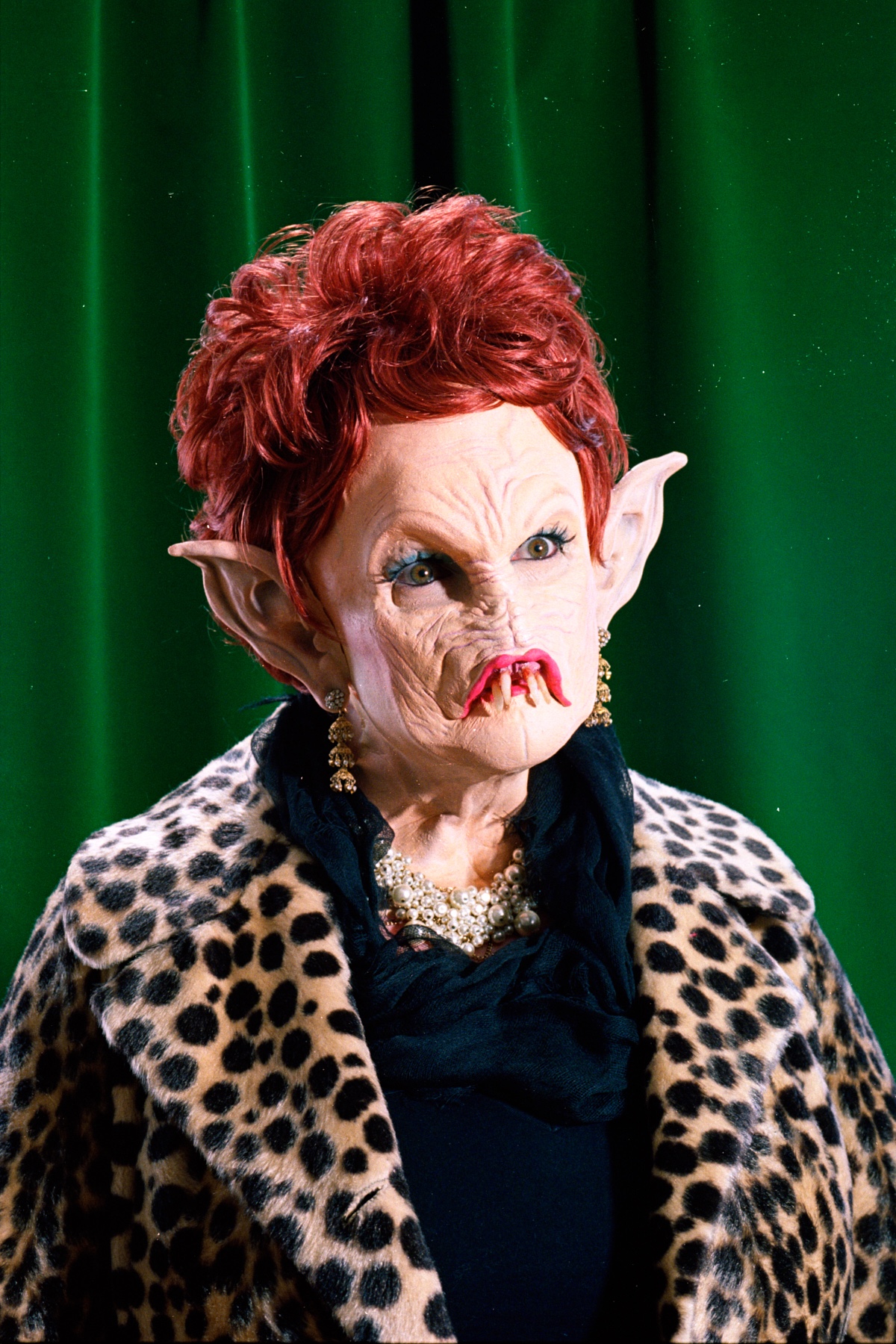 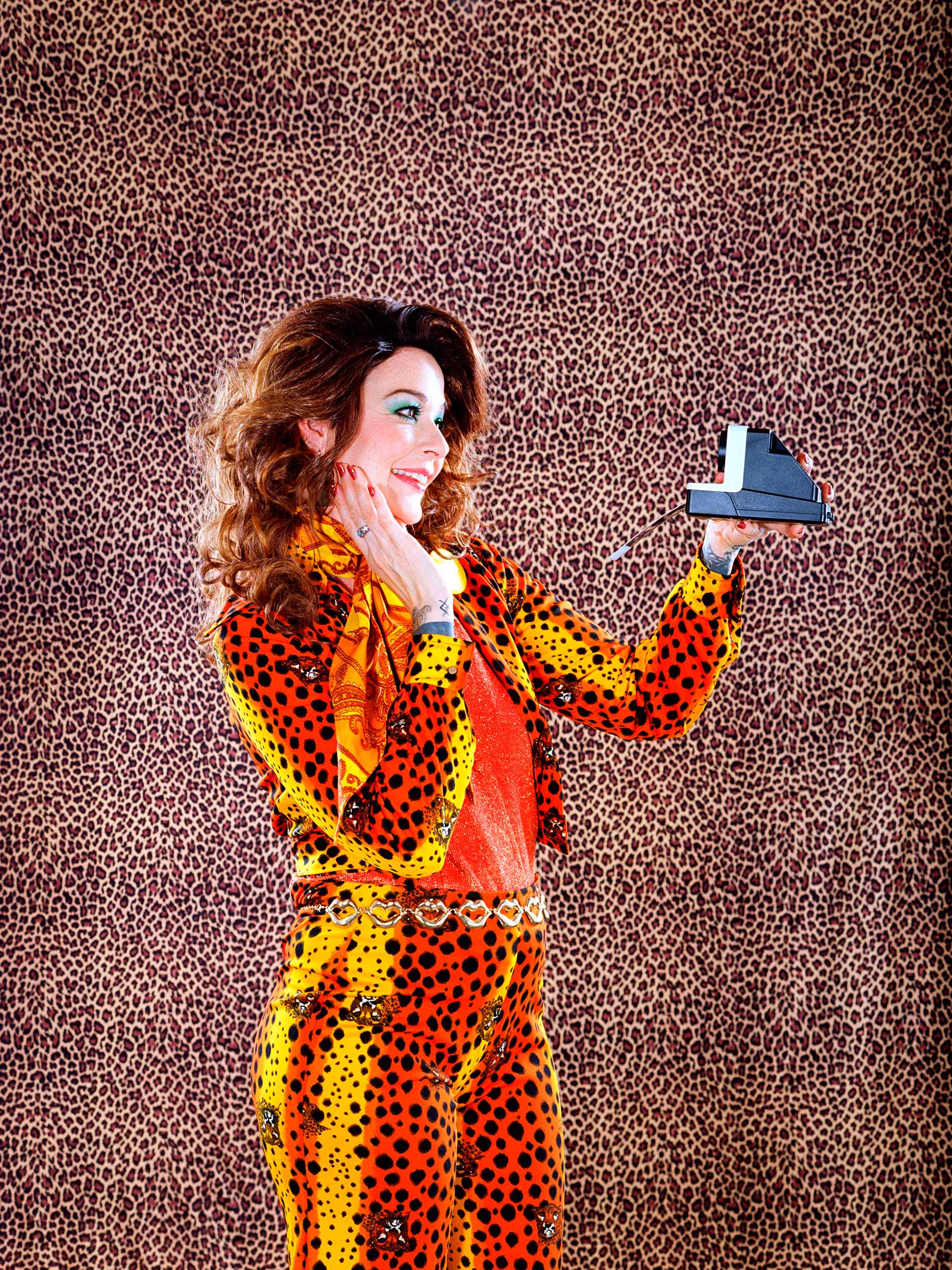 ’70s Darla, from Polaroid’s Still Got It series. 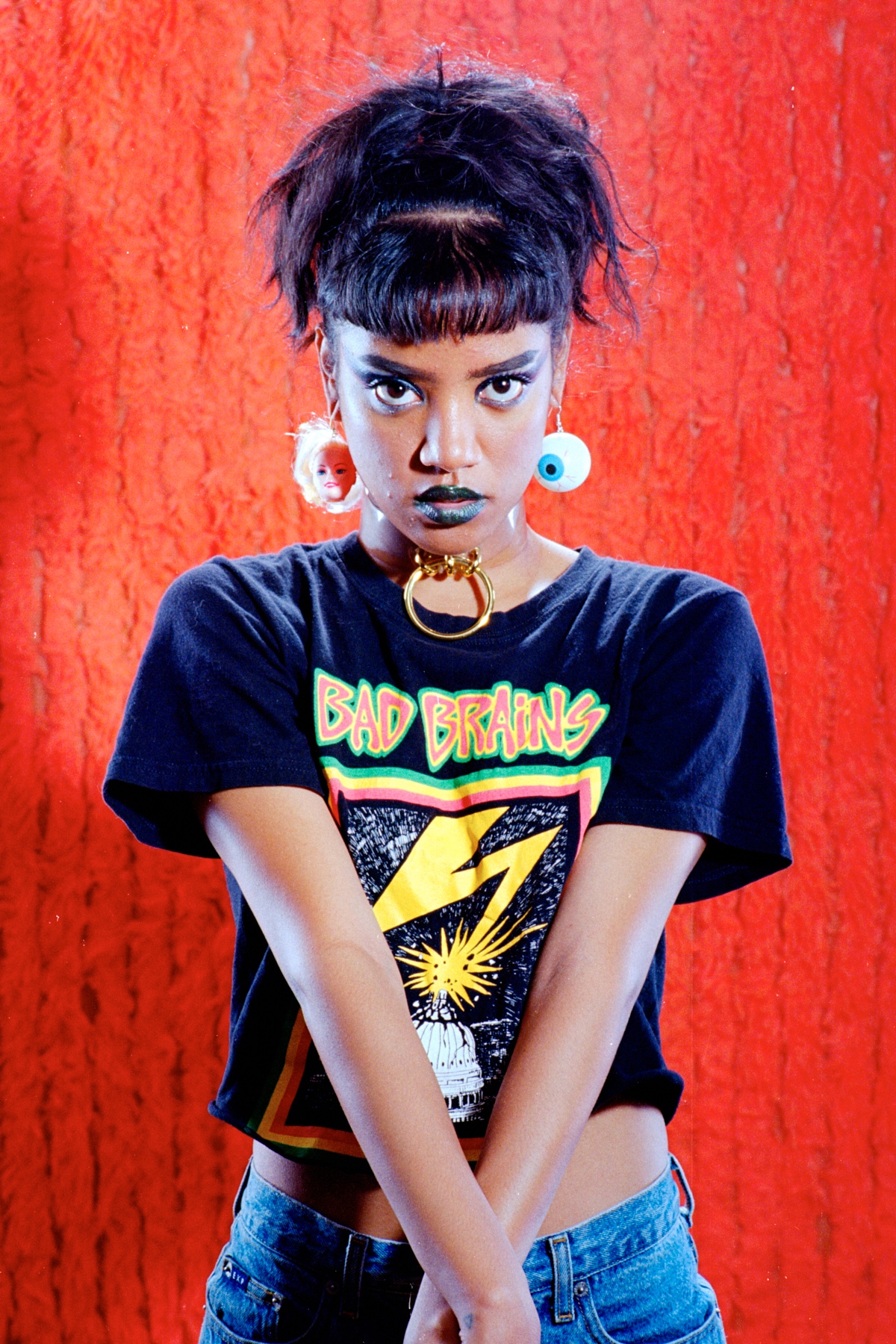 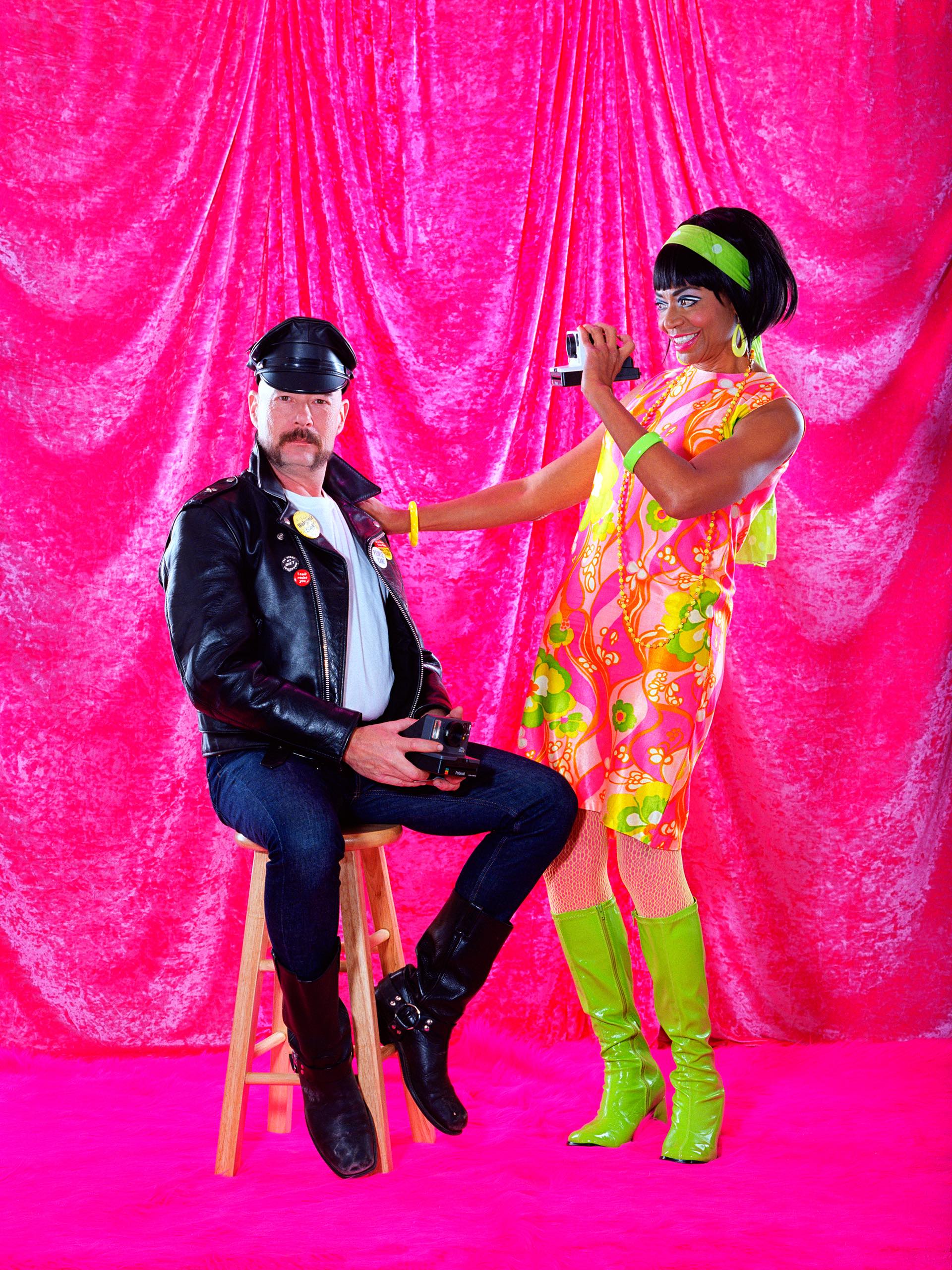 Family ’60s, from Polaroid’s Still Got It series.

Parker Day’s Still Got It series featuring Baddie Winkle was commissioned by Polaroid Originals to mark the launch of the new ’96 custom vintage Polaroid camera.

Linkedin
RELATED ARTICLES
OTHER ARTICLES
Over the years, a swimming hole in a city park has evolved into a magnetic meeting place for Philadelphians – a hideaway where people can connect with the natural landscape, and each other.
Finland-born photographer Sirkka-Liisa Konttinen looks back on her decades-long documentation of life in Northern England.
With inflation now at a 40-year-high of 9 per cent, demonstrations organised by TUC took place to demand action from the government.
50 years since its inception, and the campaign calling for recognition that capitalism depends on domestic labour is as pertinent as ever.
In her new book, the author explores the country’s housing crisis in human terms and calls for radical action to address a broken system.
Over a dozen Stop Deportation activists locked themselves to each other outside a detention centre to prevent coaches taking those due to be on the Rwanda deportation flight from leaving.