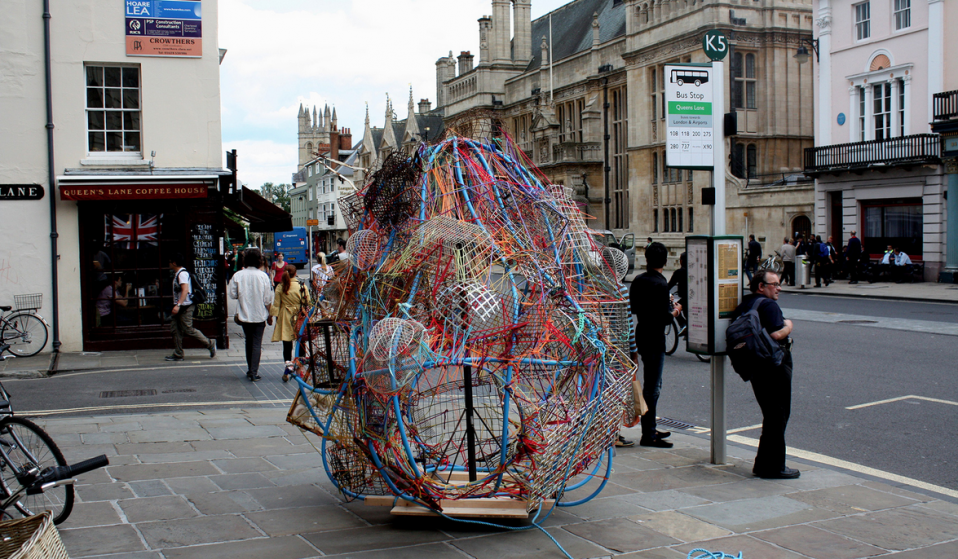 Ambitious arts festival Brainchild brings together a group of large-scale installation artists for its third year of weird and wonderful creations.

Ambitious arts festival Brainchild brings together a group of large-scale installation artists for its third year of weird and wonderful creations.

Now in its third year, the 2015 event – taking place in Lewes, July 10 – promises to be the most ambitious yet for installations and sculpture. Rejecting the restricting walls of a gallery, over twenty new-generation YBAs created large-scale, site-specific work for the festival, paying particular attention to how people will move in, around and over their constructions.

Here’s some of the talent, and their creations, to watch out for.

Sculptor Emily Motto is creating a piece called ‘cubes’, using three 10ft scaffolding cubes, Motto is collecting metal grids, coloured wood, plumbing pipes and other found objects, to build a bizarrely beautiful woven space around the cube structure which will satisfy her obsession with grids. Motto will also be enlisting the help of festival goers once the event begins to add a collaborative element to the build. People will experience the piece not only from inside, as well as out, but also interact with it and develop a relationship to it which moves beyond art, into architecture. 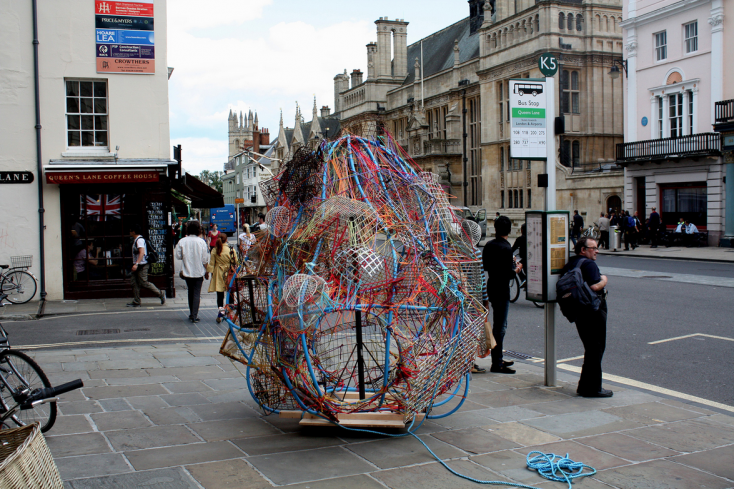 Josh Murr will be building a man-sized slide for everyone to use. At just over three metres tall this will allow people to become kids again. As well as testing the limits of his construction skills, the piece brings into play Murr’s training as an illustrator, seen in the lettering details added to the structure which cheekily suggest ‘BE CAREFUL’. Basically Murr saw the opportunity of open air and a field to build something he would never find space for in London- it’s not everyday you think ‘I’d like to build a slide’ and actually just go and do it.

Jacob is using a pump system to pour water over a beautiful clear inflatable igloo. With an irrigation system designed by Mark Trotter the water will flow in an out of an eight-foot paddling pool which people can chill in. When Belkin heard the festival would be in Lewes he thought back to a walking tour he had taken there where he had been told all about the Lewes avalanche of 1836. It killed eight people and was one of the biggest in Britain, although hardly anyone’s heard of it. Belkins igloo is a tribute to this natural disaster, as well as a timely reminder of our melting ice caps. Not one to make a heavy concept depressing, Belkin provides a delightfully absurd piece which is as rich in its imagination as it is in meaning.

Last time at Brainchild, a woven piece by Hermione O’Hea had people lying within it by the end of the weekend. It wasn’t exactly what she had in mind, but it was great to see people engaging with it in unexpected ways. This year the artists will shape the viewer’s space and relinquish all control over what their reactions should be. By giving people freedom (within the realms of safety and respect) their artworks will transform beyond their initial intentions, becoming inclusive elements of the landscape.

Interactive columns with cogs and pullys built into them! 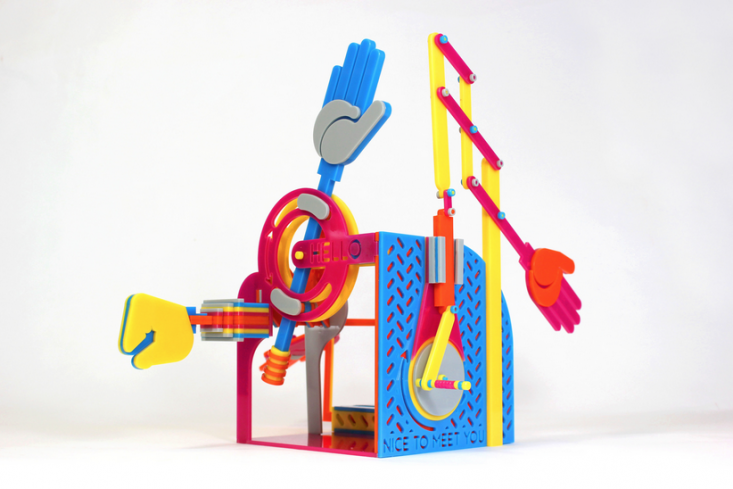 Linkedin
OTHER ARTICLES
Long-term project by director Maura Axelrod scheduled for a 2015 release.
Old school Stereo skate videos and drunken studio sessions inspire artist and creative director of Western Edition Skateboards, Ian Johnson.
Damien Hirst is building a town in Ilfracombe, Devon, but he's not the first visionary to leave their mark on the map. We explore other imagined cities across the world.