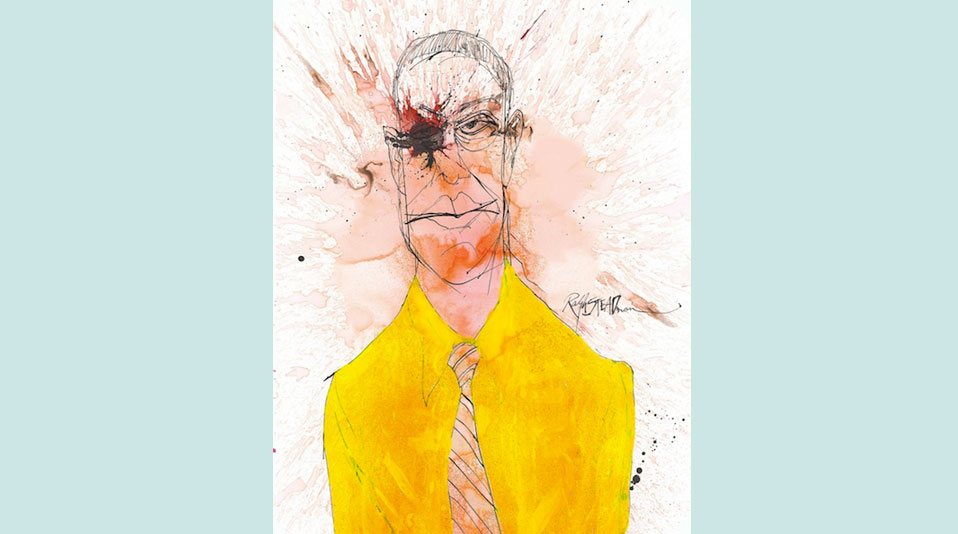 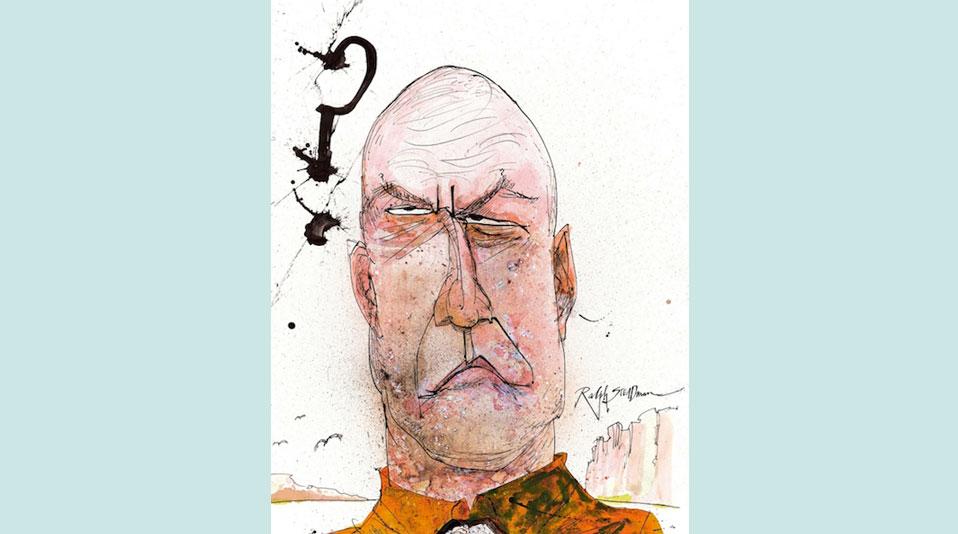 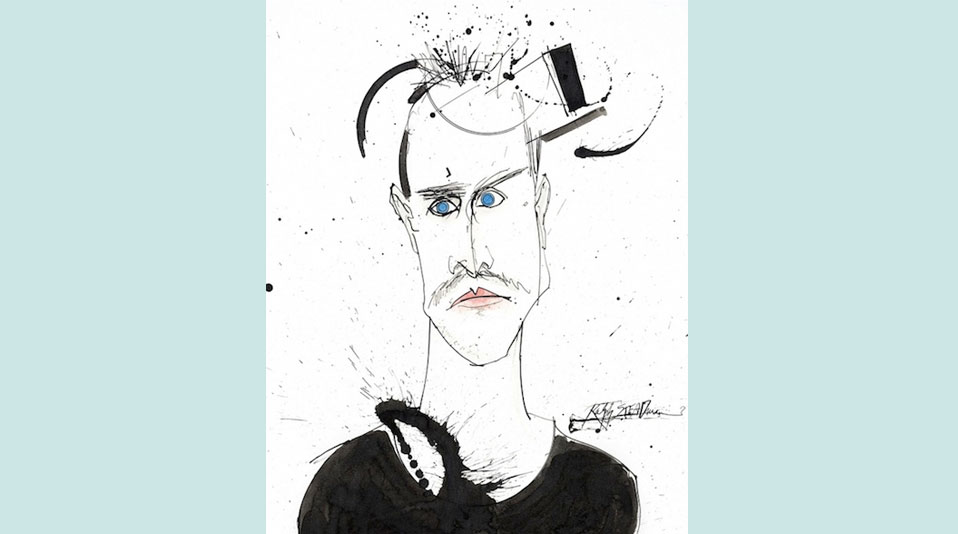 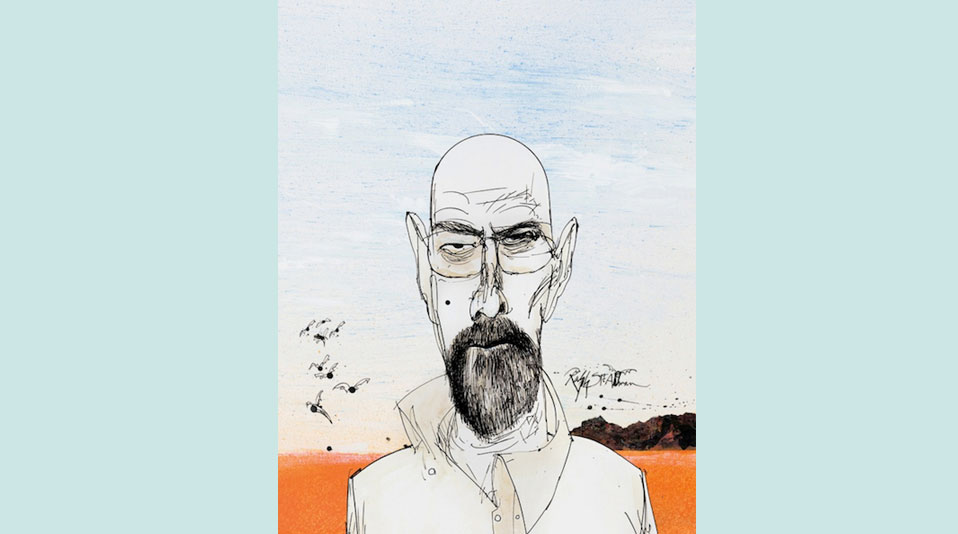 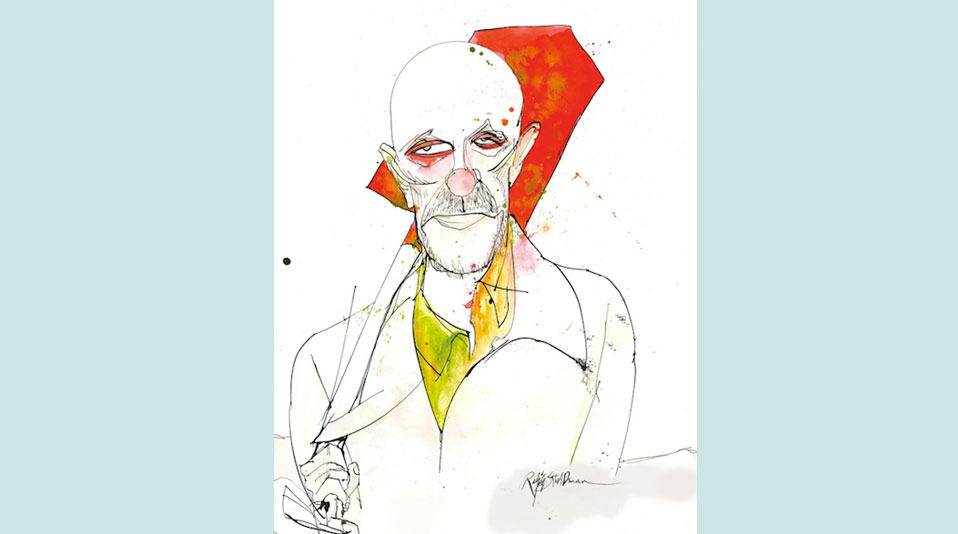 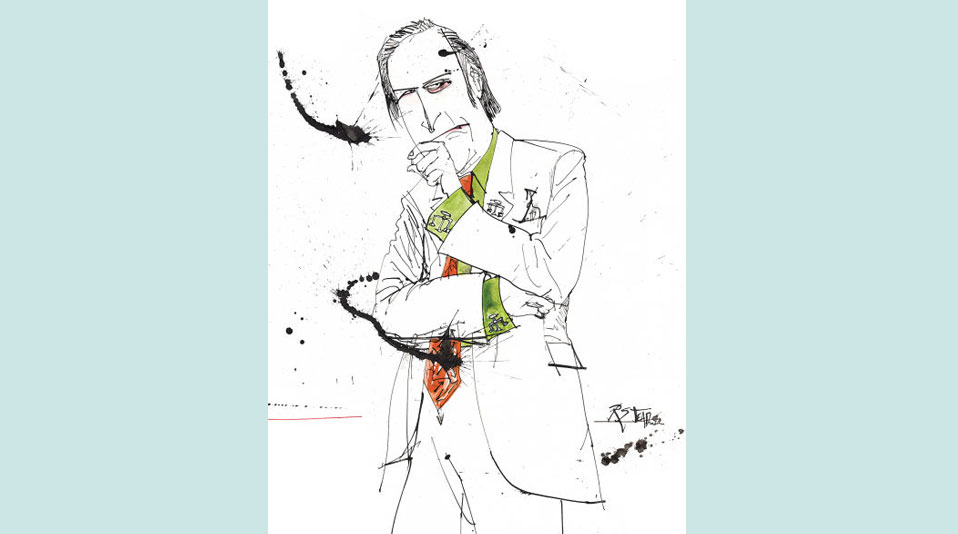 We were somewhere around Albuquerque…

Drugs, deserts, adventure and destruction. Breaking Bad has always had something of the Hunter S. Thompson about it. Now, the similarities are being immortalised in a set of illustrations by Fear and Loathing artist Ralph Steadman, commissioned by Breaking Bad creator Vince Gilligan.

The illustrations grace the covers of a limited-edition Blu-ray release of the series, sold exclusively on Zavvi.com, and see the characters come to life with key elements derived from their plot lines – drug lord Gus Fring has an inky eye, alluding to his grisly fate, and hit man Mike Ehrmantraut carries a spade like the grim reaper.

Here’s hoping True Detective is next.

Linkedin
RELATED ARTICLES
OTHER ARTICLES
Director of powerful documentary about the prescription drug problem in Oceana, West Virginia, comes clean about his Appalachian opus.
Paul Loya Gallery presents four artists lost in dreams of the Golden State.
Is it okay to not fully dig the Beats? To celebrate Kerouac's birthday, Huck presents a massively subjective, grammatically flawed exchange fuelled by caffeine and cynicism.
Grass roots activists are using digital tactics to take on America's powerful gun lobby.
Ralph Steadman talks to Huck about the art of being Gonzo ahead of his SXSW debut
Sixty of the world's most prolific mosaic artists flooded the Santiago, Chile, suburb of Puente Alto with a sea of coloured tiles as part of the First International Mosaic Intervention.