Taking a stand against prejudice, being a woman, travelling around the world, spraying her name and not getting caught; Girl Power is an autobiographical film about Sany, a Czech graffiti artist, and a celebration of other female street artists from around the globe.

Subversive, counter-cultural and under the radar, it’d be nice to think the world of graffiti would be free from the structures that see women marginalised in so many areas of modern life. But all too often it’s a scene presented and portrayed as a boys club, dominated by men and men alone.

Director Jan Zajíček and Czech graffiti artist Sany decided to take matters into their own hands, and started working on their new film, Girl Power, that celebrates and explores the pioneering women in this world. 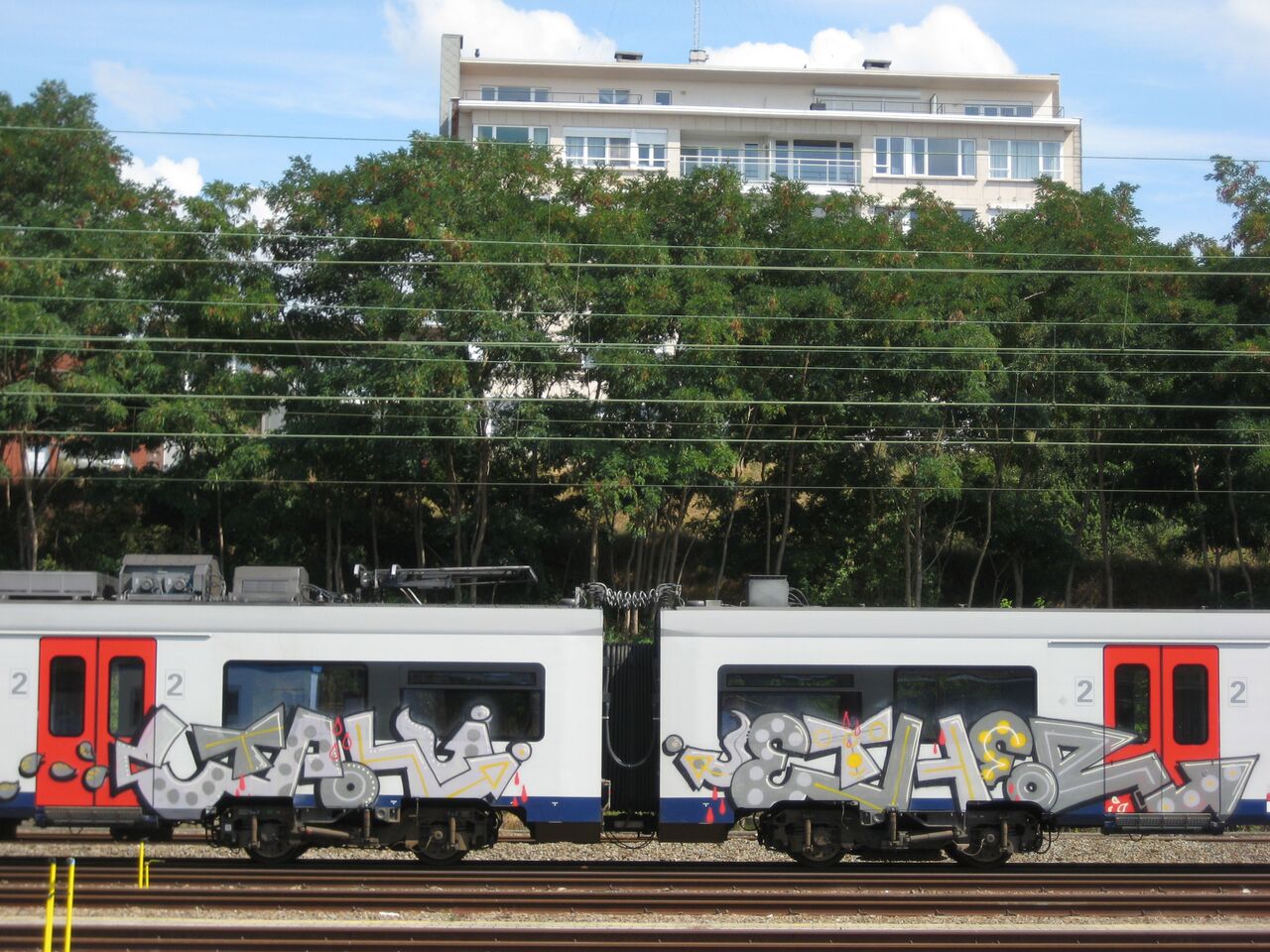 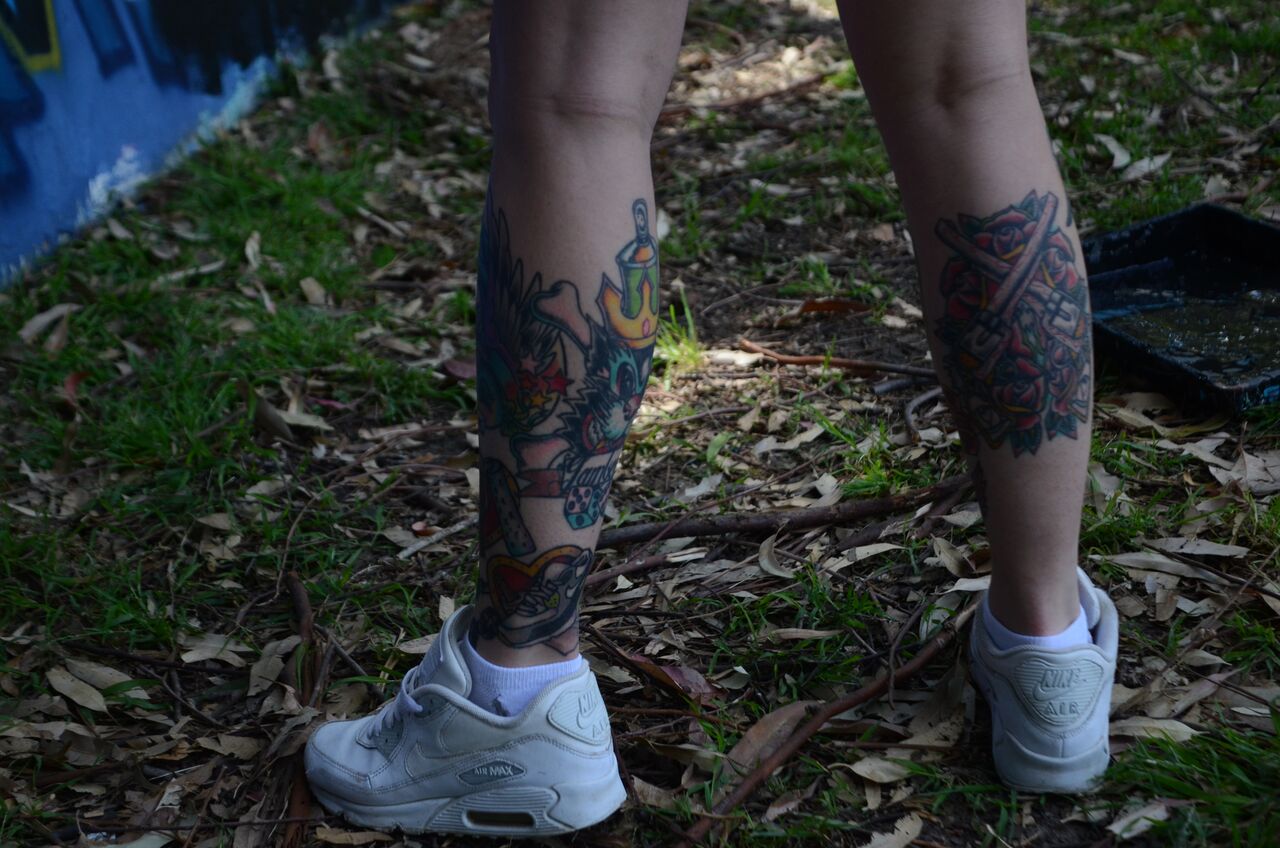 Girl Power introduces us to female graffiti writers from fifteen cities around the world – from Prague to Moscow, Cape Town, Sydney, Biel, Madrid, Berlin, Toulouse, through Barcelona, all the way to New York City.

But Girl Power does more than peer into the microcosm of the graffiti world; it tells Sany’s moving story too. One of very few active women graffiti artists in the Czexh Republic, she’s dedicated much of her life to the art for the past 15 years. She’s also a member of two purely female graffiti crews – Girl Power and PUFF, and back in 2008 she decided to capture the process of female emancipation in graffiti on film, desperate to  give other females a chance to express themselves. It took her 7 long years to complete the documentary.

How did you get involved in graffiti?
I was 15-years-old at the turn of the millennium. I used to go to elementary school every day to Modřany. There were long lines of trams and I noticed that every day there were new graffiti tags.

Then I went to school and I saw them there again, so I started to look for connections. I wondered who was doing these things, and when, and what they looked like. At the time I wasn’t allowed go out at night , so I was fascinated. I began to try it out on paper, and then I started writing with my friend.

After that we met another girl who wanted to write, and we set up the Girl Power crew. But, after a while the girls stopped coming and I was left alone in Prague.

In your experience, what’s the status of women on the graffiti scene?
I’ve never divided graffiti into boys and girls, but the scene does. That’s why I began to be so interested in the subject, why I decided to support women in graffiti and so on. If you are talking about the Czech Republic, it’s definitely a lot better than it used to be. Previously, the boys stole my paints and deliberately defaced my graffiti, writing “Get back in the kitchen”.

Happily, that’s gone now, and that doesn’t happen to any girls starting now. I’ve been writing for almost 15 years, I’ve written a lot in that time, all around the world. In Prague I’ve organised a lot of events to promote the graffiti community, I filmed a documentary about graffiti, due for cinema release and broadcast on Czech television. I also help out with other smaller projects.

I sort of passed the test with graffiti, proved that it’s my passion and lifestyle. So you can’t say it’s not for girls anymore. Unfortunately, I do still think that as a girl you have to prove yourself more than the guys, or be really exceptional for the scene to accept you. That also applies in other areas where men dominate.

Overall, more women write today because the  have role models, that show them that it is possible. It really does not matter if you’re a girl or a boy if you believe it and do it with absolute dedication. 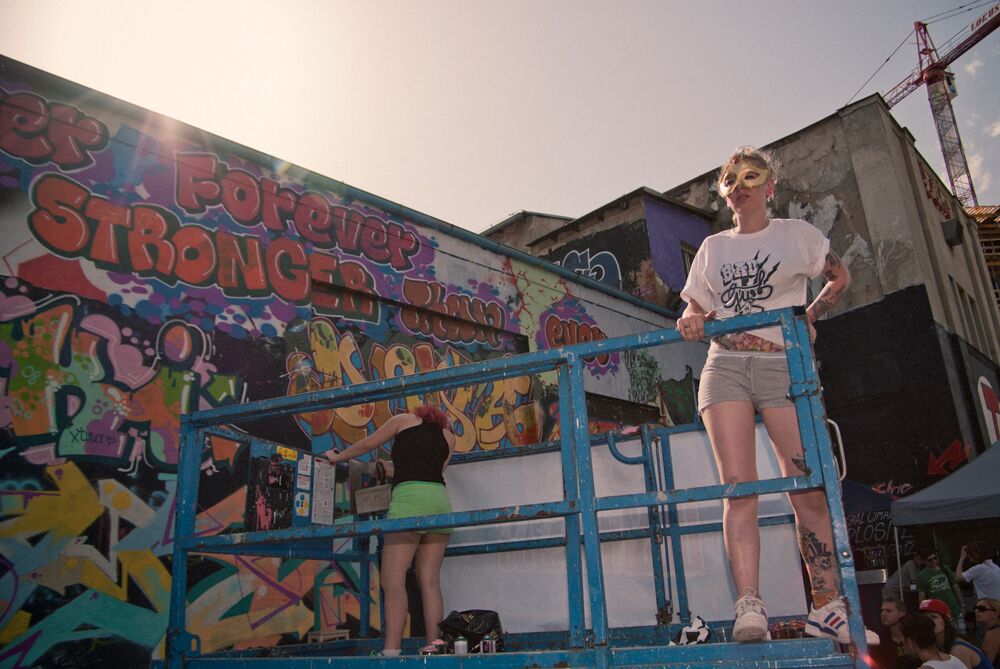 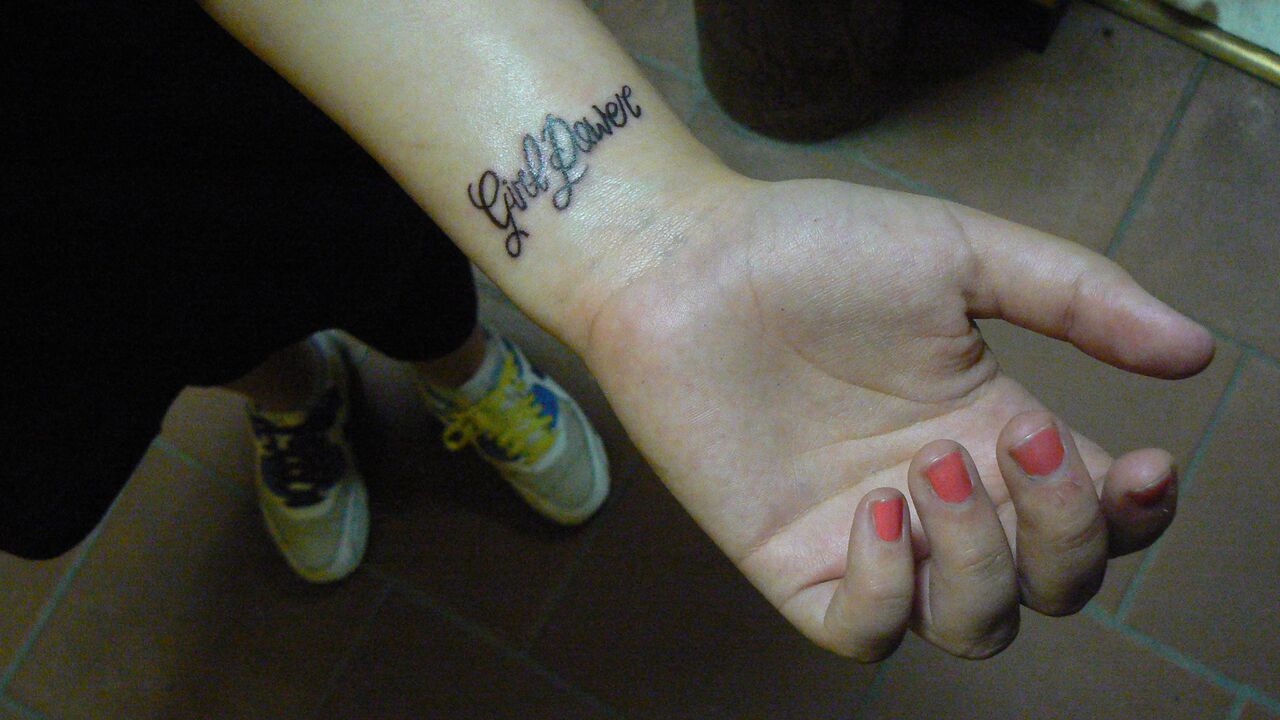 When and why did you decide to make this documentary? In 2009, when I started filming, I was the only girl in Prague actively writing. I knew that  out in the world there were already quite a lot of girls who are also active. Quite a lot: I mean a few dozen as opposed to tens of thousands of male graffiti writers.

I was interested in the motivations of other female writers, why they would do something so dangerous, and of course I wanted to meet them. Lastly, I wanted to promote women in graffiti and do something no one could take from us anymore. But I had no idea how much that decision would change my life, how long and hard a journey it would be.

Has making the film changed anything in your life?
Before the film I lived two lives that complemented each other and I alternated them as needed. To shoot Girl Power I gradually gave up the things that for a normal person would seem illogical. I lost a well paid job as a manager, interrupted my studies at college and went into debt. This obviously hit my personal life, but I do not regret it. I know it was worth it. It’s a struggle paying for a documentary!

What sort of a documentary is Girl Power?
Girl Power is definitely a film nobody outside the graffiti community could make – even less so on this scale. It’s the first documentary that has put this subject on film. It also breaks many stereotypes, and you can see a number of places you will probably never visit, situations normal people never get themselves into.

Linkedin
RELATED ARTICLES
OTHER ARTICLES
The internet furore surrounding a certain NY-based furniture designer should make us question whether condemning people in the harshest possible terms harms more than it helps.
In the UK, Hongkongers are continuing to stand in solidarity with the pro-democracy movement.
Jermain Cikic reflects on his experience of visiting the island of Samos, Greece, in the summer of 2021.
The photographer reflects on building trust with his subjects and using the street as his studio.
From Brooklyn gang members, to Welsh miners and the residents of East Harlem, Bruce Davidson used his camera to shine a light on the most marginalised.
Photographer Melanie Nissen recalls capturing the characters, fashions and rarefied chaos of a rapidly-expanding set of punk bands who helped to redefine the genre.