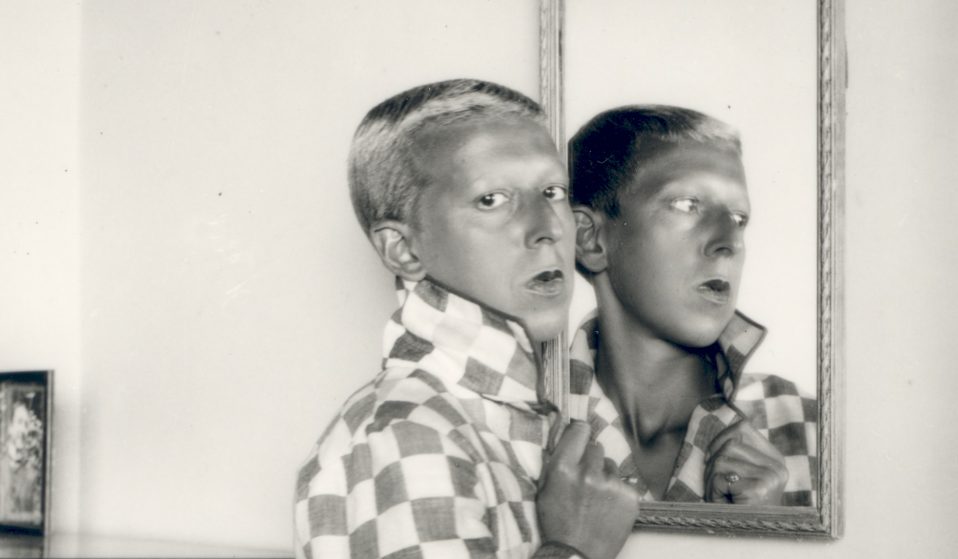 When the island was under Nazi control during the Second World War, two avant-garde artists attempted their own cryptic resistance campaign. Now, 75 years after its liberation, their story is finally being shared.

When the island was under Nazi control during the Second World War, two avant-garde artists attempted their own cryptic resistance campaign. Now, 75 years after its liberation, their story is finally being shared.

Victor Hugo once described the Channel Islands as “bits of France that fell into the sea and were picked up by England”. The larger of those “bits” is the island of Jersey, and on more than one occasion, the maritime neighbours have traded blows over the 119 square kilometres of land.

Jersey is known for its secluded coves, warm waters, and for being the only part of the British Isles (along with Guernsey) to be occupied by the Germans during the Second World War. 75 years ago this week, the island was liberated by allied forces after five years under Nazi control.

It was a stranglehold that saw an estimated 15,000 Germans arrive on the island. Radios were confiscated, food shortages became common, and antagonists were imprisoned or deported to camps on the continent. Many didn’t return. Resistance was futile. Even so, a handful of determined individuals found ways to defy the occupiers.

Days before the liberation, two women in their early fifties walked out of Newgate Street Prison in the capital, St Helier, where they had been serving time for inciting rebellion amongst the Nazis. They were the last prisoners to be released.

Lucy Schwob and Suzanne Malherbe were unlikely heroes of the island’s resistance. Step-sisters and lovers, they came to Jersey from Paris in 1937 and were known as ‘Les mesdames’ by the islanders. They lived in a stone house with a garden overlooking St Brelade’s Bay, a crescent-shaped beach on the south-west coast. On the surface, it was an idyllic, conventional life. But these women were far from conventional – they spent their lives striving to be different. 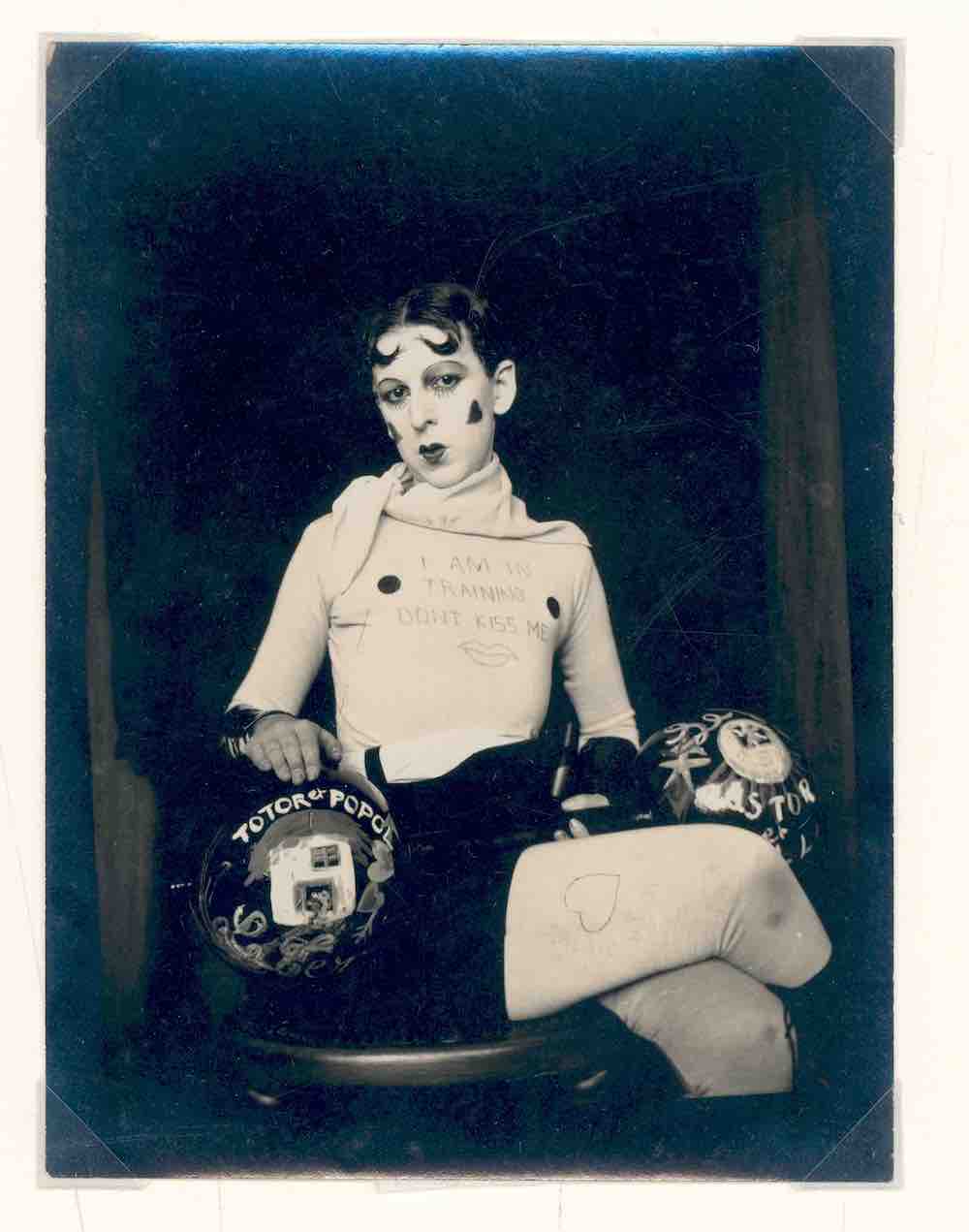 Lucy Schwob is better known by their pseudonym, Claude Cahun, and Suzanne Malherbe by her pseudonym, Marcel Moore. Theirs was a creative partnership, as well as romantic. Cahun was a French surrealist photographer, writer, and sculptor, while Moore was an illustrator and designer.

Cahun is the more renowned of the pair. She used her work to challenge notions of identity and gender with androgynous self-portraits that bring to life an array of characters. In one, she’s a bodybuilder holding barbells and hearts drawn on their cheeks; in another, she’s a lady of the manor swathed in velvet. Her work is a playful clash of the masculine and feminine, but also a critique of the societal norms she spent her life refusing to adhere to.

Cahun believed that gender was transmutable. Assuming different identities was her forte, and she regularly performed in avant-garde theatre in 1920s Paris (experts still refer to her using feminine pronouns, but it is likely she would have identified as non-binary today). Moore would create the costumes that Cahun would wear to tread the boards. A forerunner of the modern artist, Cindy Sherman, she was ahead of her time in more ways than one.

“She looked at the world and saw problems with what it would’ve meant to just toe the line and be the same as everyone else,” says Jennifer Shaw, author of Exist Otherwise: The Life and Works of Claude Cahun. “She really thought about what they valued and who they wanted to be and was unafraid to be that.” 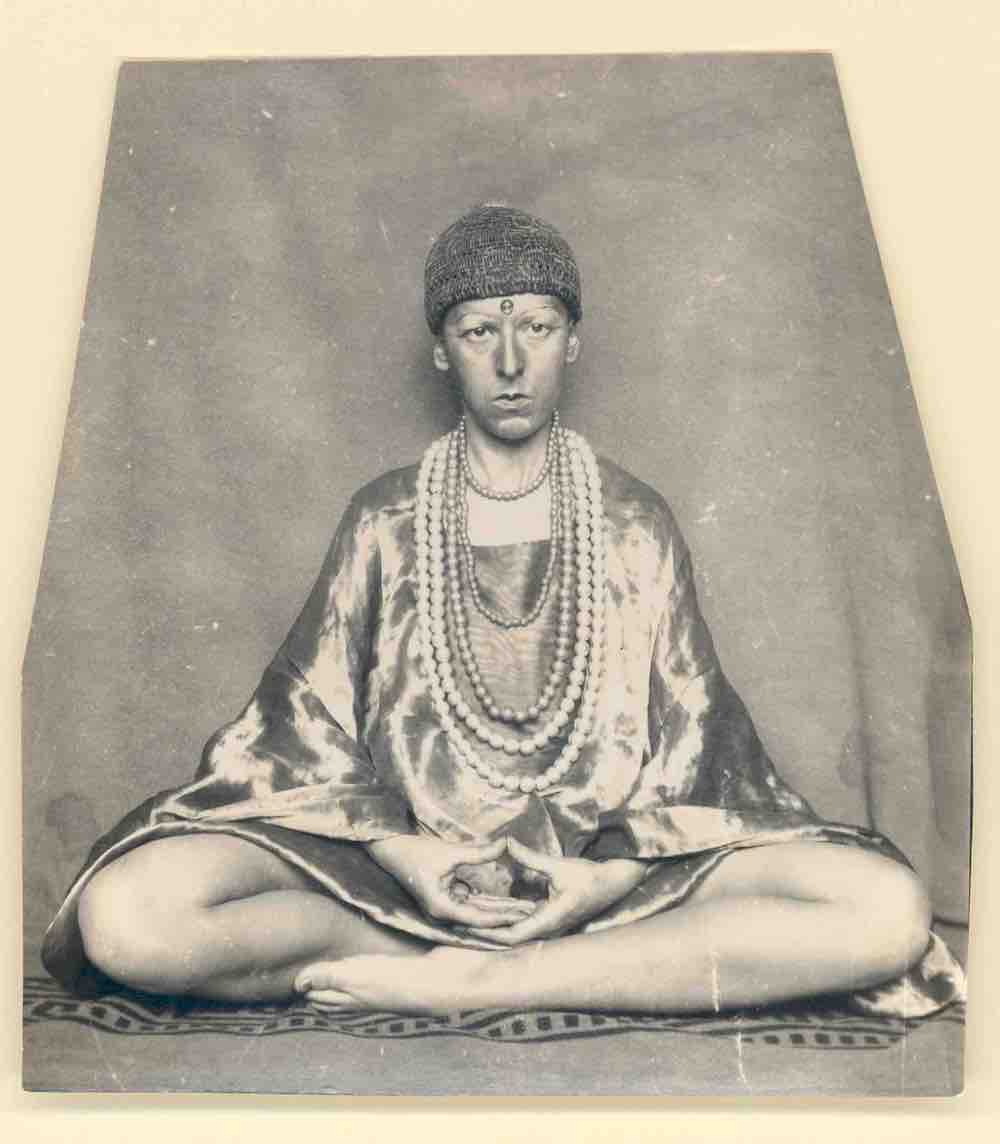 The couple were drawn to Jersey because of happy memories of childhood holidays there. Cahun was Jewish on her father’s side, so it was a familiar place to escape the wave of fascism and antisemitism that was descending on Europe in the ’30s.

She carried on taking photographs on the island, but her style changed. Louise Downie, Director of Curation and Experience at Jersey Heritage, says her work became much more external, rather than internal: “She took photographs outside more, which was quite a significant change. It doesn’t have quite the same intensity [as her other work], but it has a more single-minded personality.”

Three years after her arrival, on June 30, 1940, the Germans invaded. The islanders knew early on that Jersey was likely to be occupied – 6,600 fled on evacuation ships – but Cahun and Moore chose to stay. “They’d spent their entire lives resisting authority, so this was an opportunity to be part of the resistance on the island,” says Downie.

Together, the pair created a two-person resistance campaign, with the main focus being what they called their “traps”. Cahun would draft notes addressed to the German troops, which Moore would translate into German, signing them ‘Der Soldat Ohne Namen’ (‘The Soldier Without a Name’).

Their aim was to inspire dissension amongst the troops by pointing out the idiocy of war. Professor Shaw says they would do it in a cryptic way, using poetry, reminiscent of the surrealist sensibility: “It wasn’t like propaganda telling you ‘Here’s what you need to do’, it spurred the soldiers to think their own thoughts about it.” They would catch the bus into St Helier, disguised as old ladies to deliver the messages, placing them on parked cars and inside cigarette packets. They kept as quiet as they could about their resistance – not even their housekeeper suspected them. 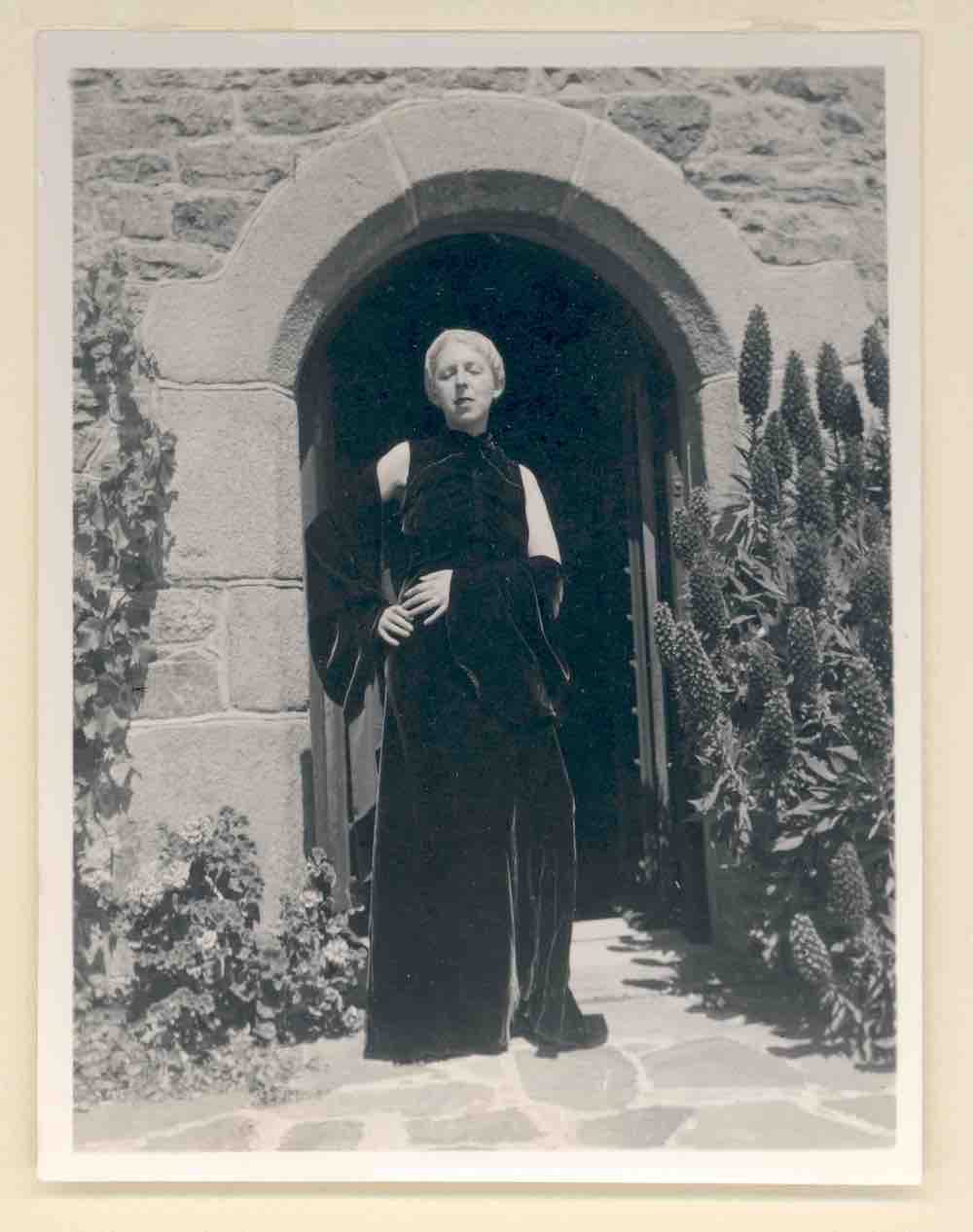 After four years of subversive activity, the pair were arrested by the Germans in 1944. Initially, the Nazi authorities couldn’t believe that the women carried it out by themselves. “They believed that there must be somebody else involved, there must be a man involved,” says Downie.

While waiting to be questioned, Cahun and Moore attempted suicide. They both took pills – barbiturates – which put them into a coma. Once they were well enough, they were sentenced to death for undermining the German forces. But the Bailiff of Jersey and the French Consul pleaded on their behalf – by that time, the Normandy landings had happened and Saint-Malo (the main connecting port) had been liberated, so they could no longer be deported to camps in Europe – and their sentence was commuted.

Although their lives had been saved, Moore and Cahun were not pleased. “They wanted to be martyrs for their cause,” says Downie. “To them, that would’ve been the realisation of their life of resistance, to be a martyr for freedom.”

At 3.40pm on May 9, 1945, the swastika was lowered from Fort Regent, a 19th-century fortification in St Helier, and the Union Jack was hoisted, signalling the official end of the occupation. Then the celebrations began. Cahun joined the crowds in Royal Square cheering, flag-waving, and holding a sailor aloft. Despite ill health from their time in prison, they kept on creating work after the war. In the same month, a photograph shows them gripping a Nazi eagle badge brazenly between their teeth, a silk scarf tied around their head, their hands dug into their coat pockets, their eyes staring defiantly at the camera. 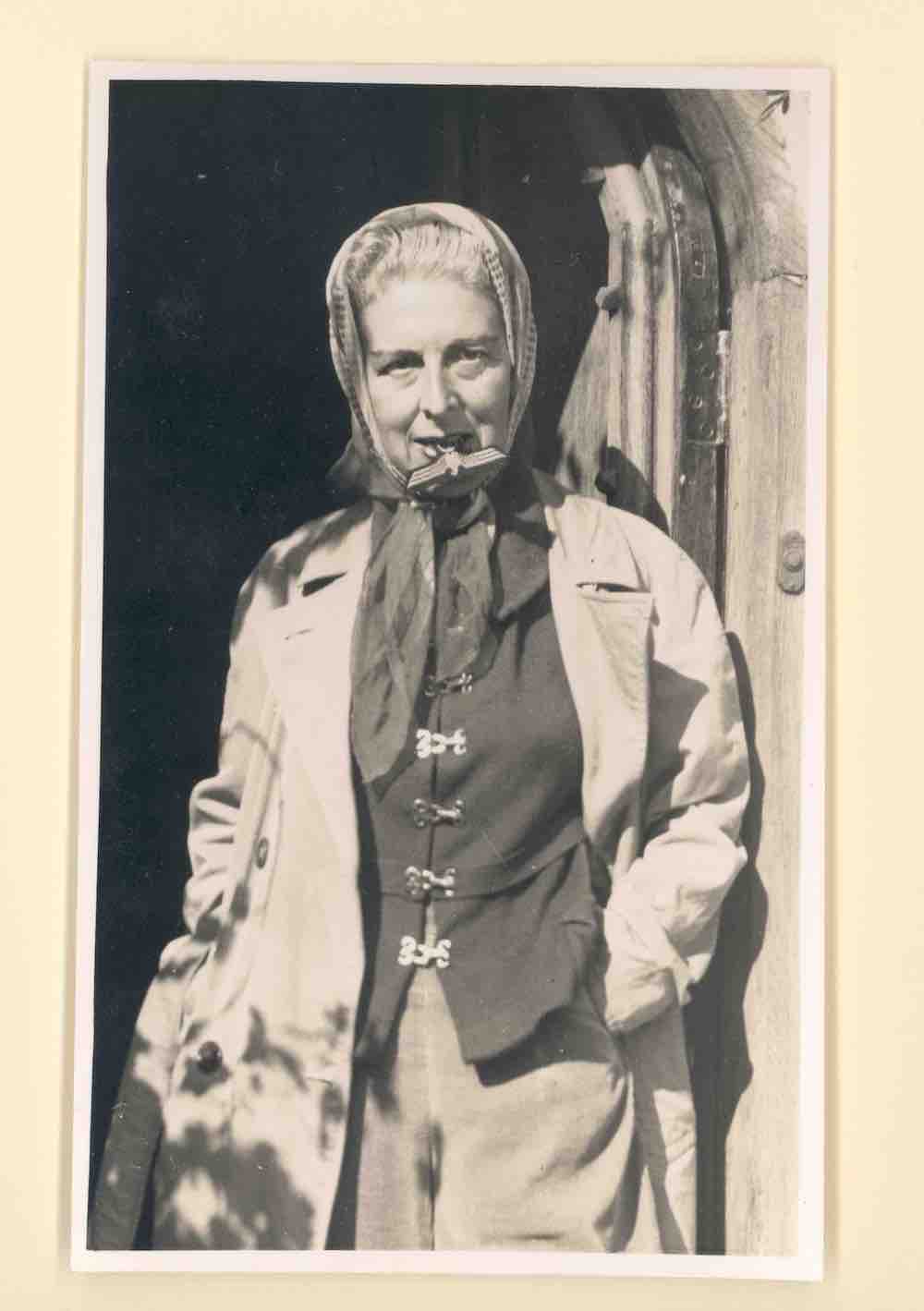 Cahun was formally recognised for her resistance activity with the medal of French gratitude in 1951, but today many are still unaware of the role she played. One filmmaker, Jonathan Socrates, wants to change that. The screenwriter grew up across the bay from where Cahun and Moore lived, but only found out about them eight years ago when he saw a plaque on an old house saying the surrealist photographer used to live there. “I looked her up and I discovered this whole other facet to her, which was her resistance activity during the occupation,” he says. “The more I looked into it the more I wondered why we weren’t taught about this person at school.” He says her greatest monument to Jersey was her resistance work, and that’s not mentioned on the plaque.

Socrates has written a film called Trespassers about the two women, due to start filming later this year, which he hopes will shine a light on their endeavours during the war. Before writing the film he spent time going through the archives on Jersey, reading Cahun’s letters and prison diaries, as well as speaking to local historians on the island. “They were lesbians, they were step-sisters, and in Jersey they were immigrants,” he says. “They were defiant in every aspect of their lives.”

Socrates wants to celebrate both of them equally. While Cahun has become an icon for gender-fluidity, Moore is largely overlooked. “Cahun was depressive, anorexic, suicidal. I think having a strong anchor like Moore in their life helped them, or allowed them to operate as an artist. So I think when celebrating Claude Cahun, one shouldn’t forget about Marcel Moore.”

Cahun died aged 60 in 1954, 18 years before Moore. They lie together in the graveyard of St Brelade’s Church, next door to the house where they lived, on the island they fought to keep free. 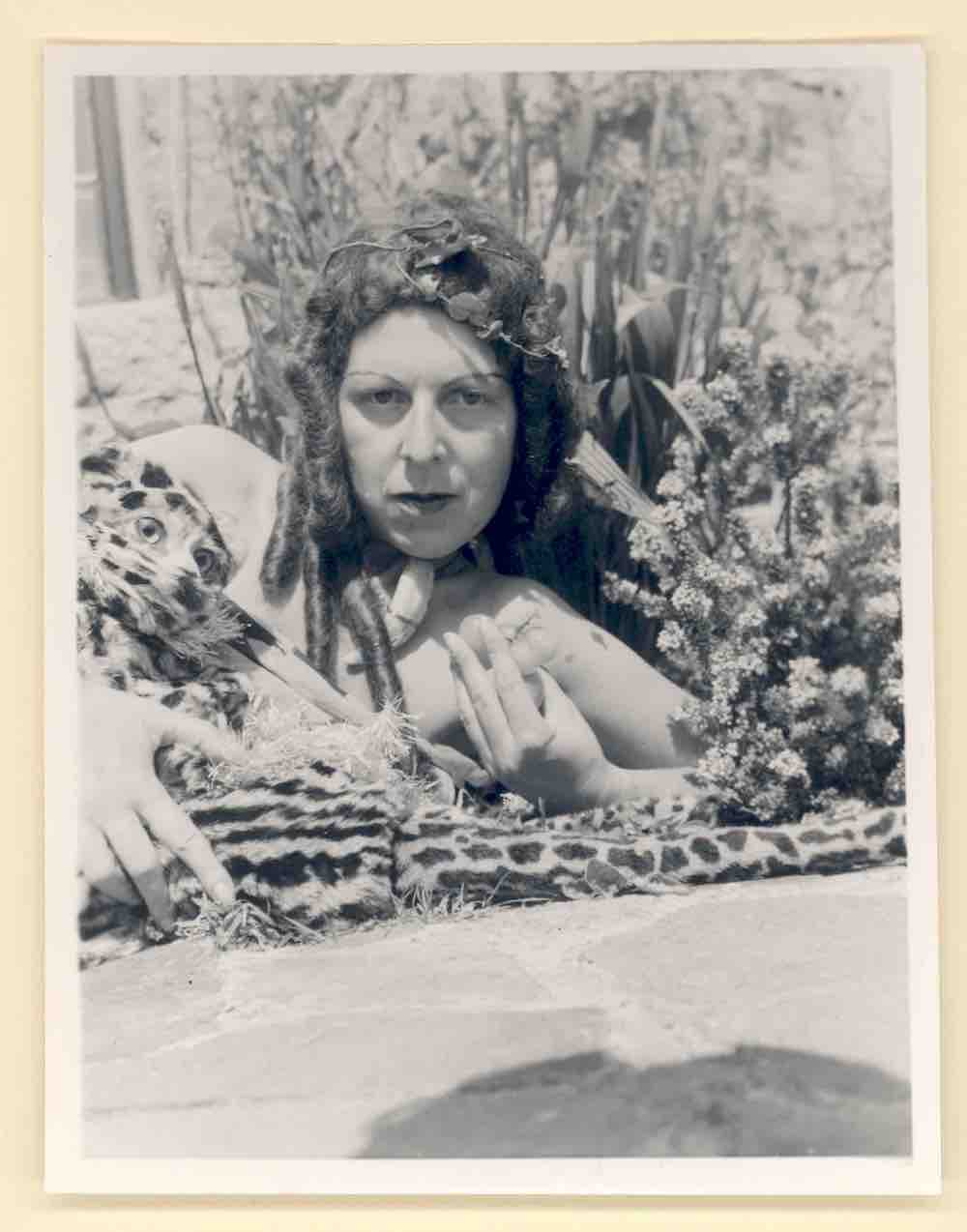 21/05: We have amended this article to reflect Claude Cahun’s gender-neutral identification.

Linkedin
RELATED ARTICLES
OTHER ARTICLES
After a two-year hiatus and a new album, the Nigerian artist is riding high. Now, he wants to bring his alternative, genre-bending sound to the world.
Photographer Sean Maung reflects on documenting a small town in Pennsylvania afflicted by high levels of unemployment, poverty, violence, crime, and addiction.
A new law change is enabling Britain’s donor-conceived children to know the truth about their origins – but campaigners say the fertility industry must do more to protect people.
Campaigners reflect on what the supreme court’s decision to allow buffer zones in NI means for the future of reproductive rights in the UK.
Jeffrey Henson Scales intimate portraits and protest images of the BPP and its leaders offer a rare insight into organisation at a time of societal upheaval.
After blocking the Scottish government’s gender recognition reform bill, Westminster is now devising further changes to the law to make it harder for trans people to self-identify.