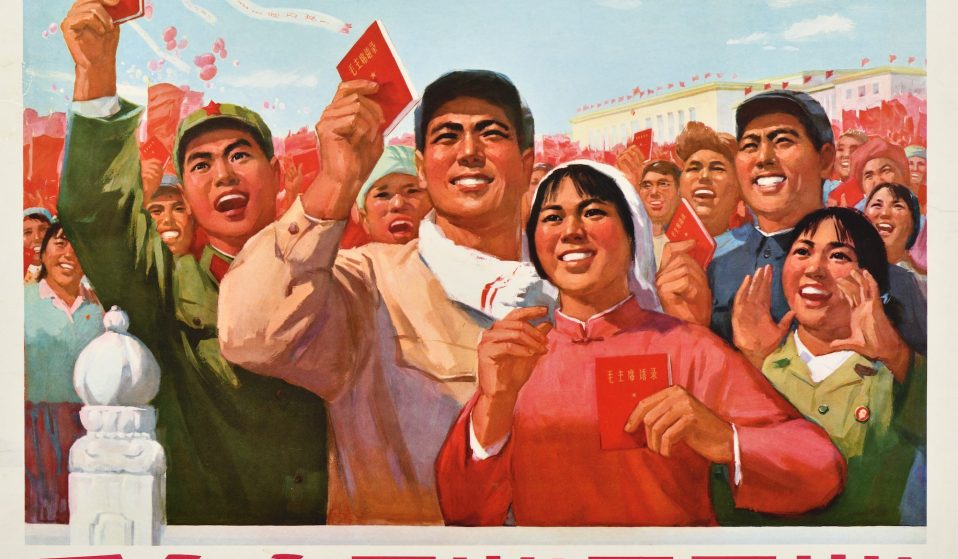 Striking posters – taken from the 1920s to the present day – chart the country’s emergence as an economic powerhouse.

Striking posters – taken from the 1920s to the present day – chart the country’s emergence as an economic powerhouse.

As an artform of mass communication, posters have long served as some of China’s most effective graphic messengers. So when a lethal new coronavirus spread throughout the country this winter, so too did a series of urgent posters. White designs illustrating safe hand washing techniques littered streets and train stations, emblazoned with rallying cries like “your hands are your first line of defence” and “take care of yourself so you may take care of others.”

Just after the peak of the virus’ spread in China – when seemingly every headline centred on the epidemic and its toll on China’s economy – an eerily resonant show opened at New York’s Poster House. The Sleeping Giant: Posters and the Chinese Economy charts the story of China’s emergence as an economic powerhouse through a century of tectonic political, economic and social upheaval. And while the shock of COVID-19 and the ensuing market make the show feel more timely than ever, the public health crisis has since mandated the venue’s indefinite closure.

The collection of posters actualise Napoleon Bonaparte’s (alleged) quote: “China is a sleeping giant. Let her sleep, for when she wakes, she will move the world.” And though it didn’t happen in Napoleon’s lifetime, China’s ascent to global fiscal prowess was swift and dramatic. Just 40 years ago, China was a largely rural nation, with 30 per cent of its population living in poverty. It’s now the world’s second-largest economy. 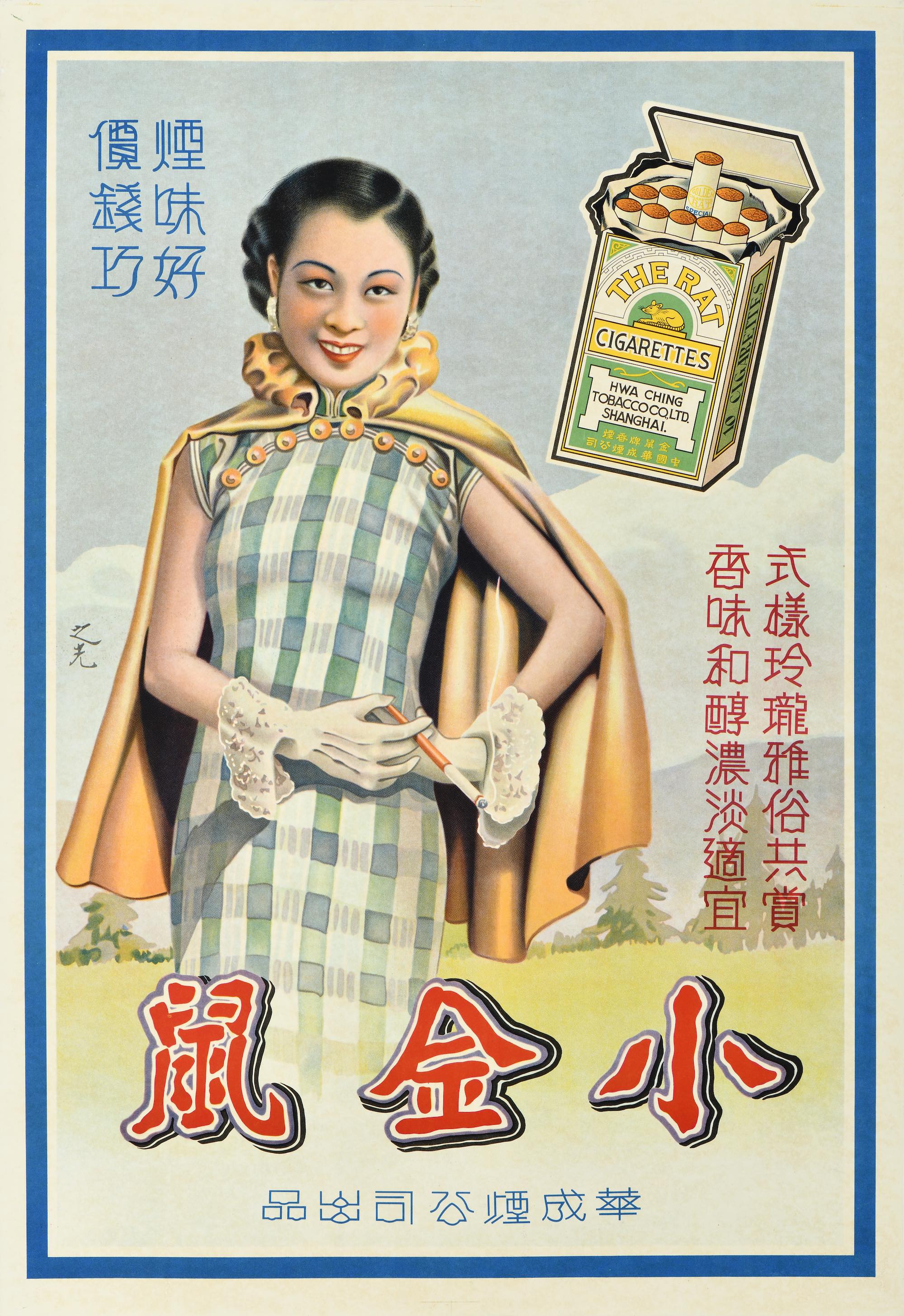 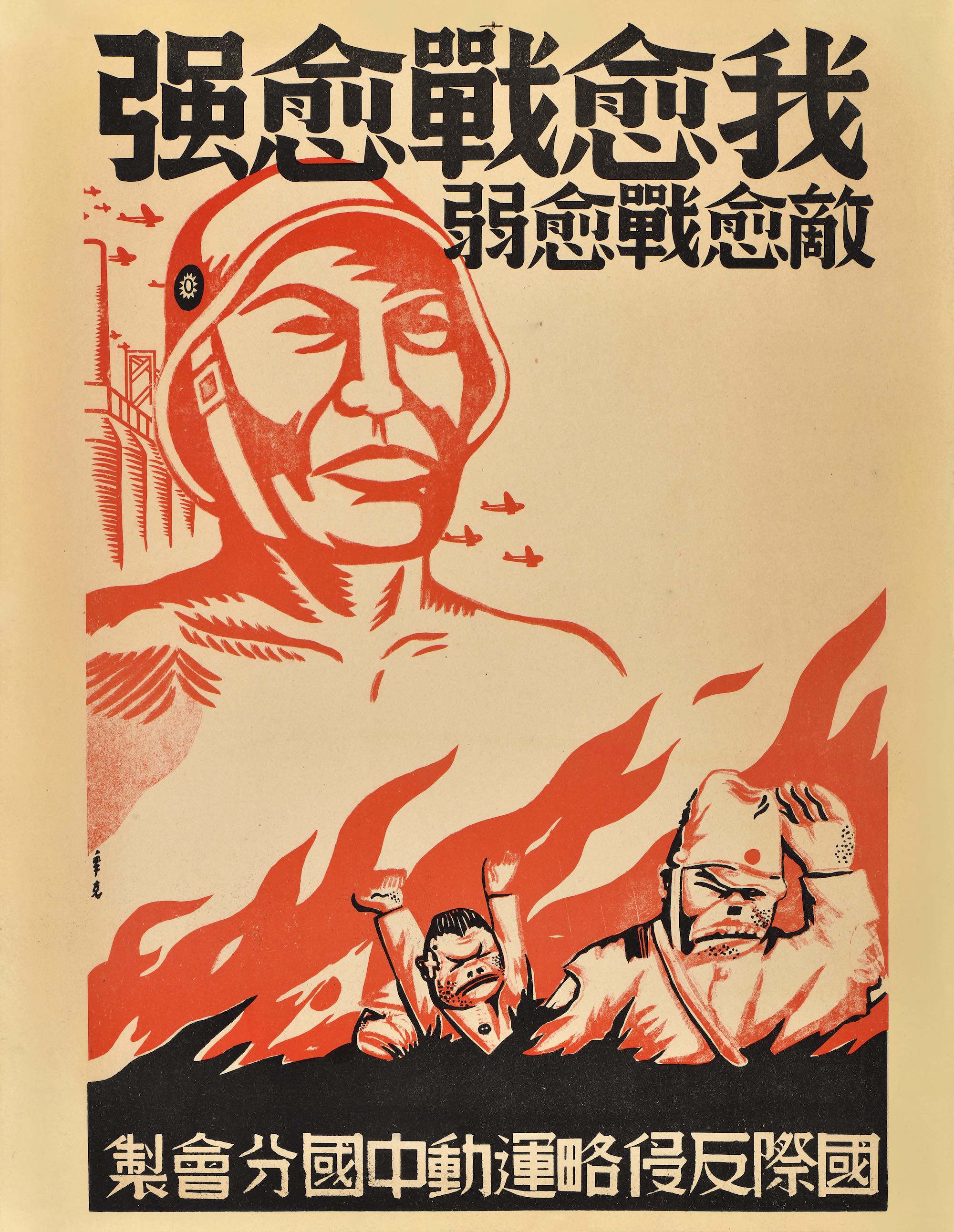 “The trade talks with China have been a topic since Trump’s election,” says curator Steffi Durate, explaining the catalyst behind the show. “The US and China have a very complicated relationship, and there’s a lot of fear around it… The exhibition is an exploration of China’s relationship with the world and these various economic systems, and tries to help people unpack the history behind it.”

The Sleeping Giant is organised into three sections, in three different rooms at the Poster Museum’s sleek Chelsea location. The first works date back to the 1920s, when foreign powers were bullying their way into the Chinese market. “Many of these companies were leveraging everything they could to dominate the market, including relationships with the state,” says Duarte. Then, poster art was largely dedicated to advertising the most lucrative Western exports, like cigarettes, pharmaceuticals, and cosmetics. These posters intended to pass as wall hangings by emphasising the beauty of glamorous, ethereal models, rather than the products that lay at the bottom of the frame. Though the artworks are seemingly innocent pastel marvels, they mark an erosion of Chinese sovereignty that would later fuel a wave of isolationist nationalism.

The following collection illustrates a rebellion against Western influence and the rise of the Chinese Communist Party. “They stopped selling products and started selling ideology,” says Durate. “Posters became vehicles for teaching people about communism, because there’s no need for commercial advertising in a planned economy.” 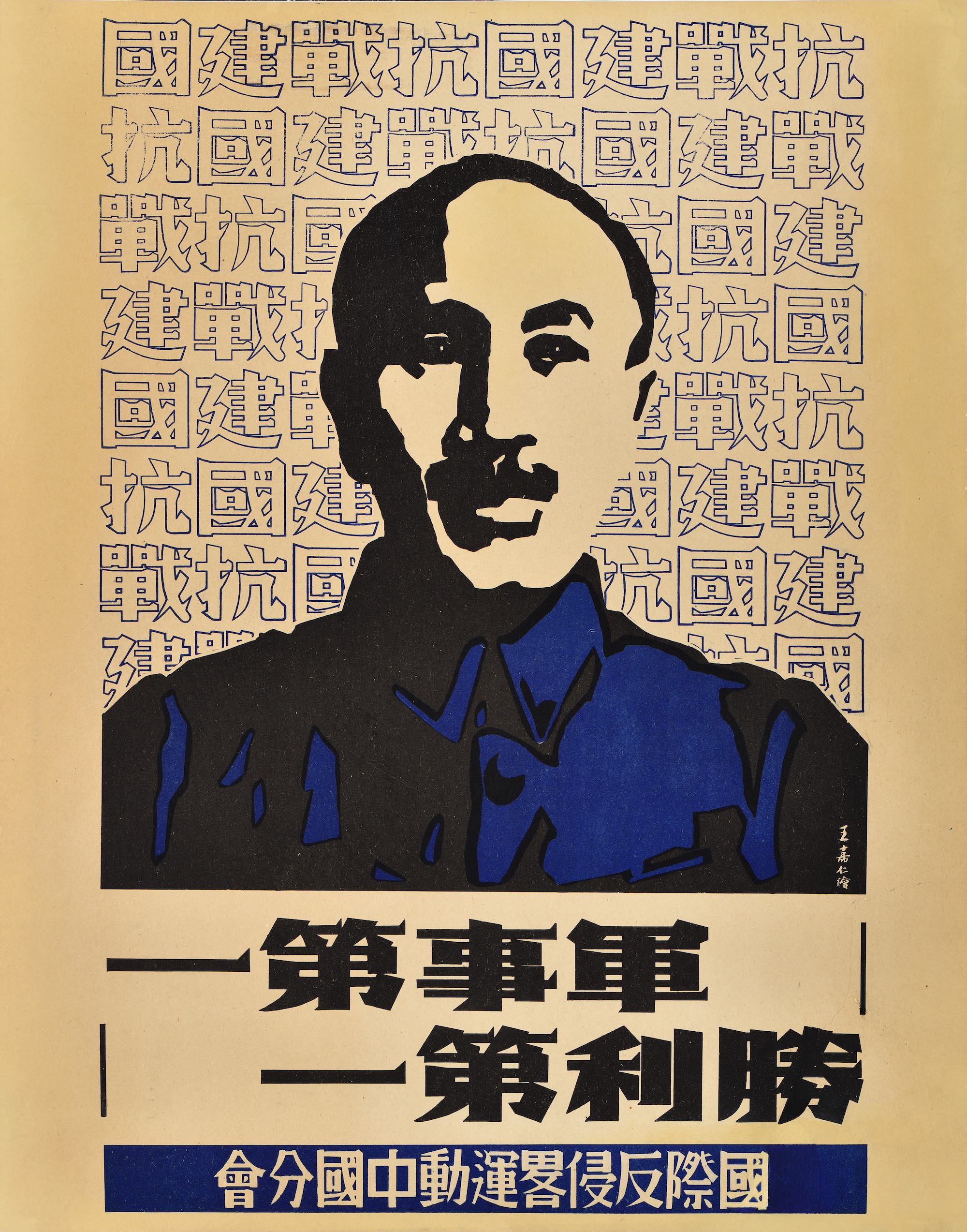 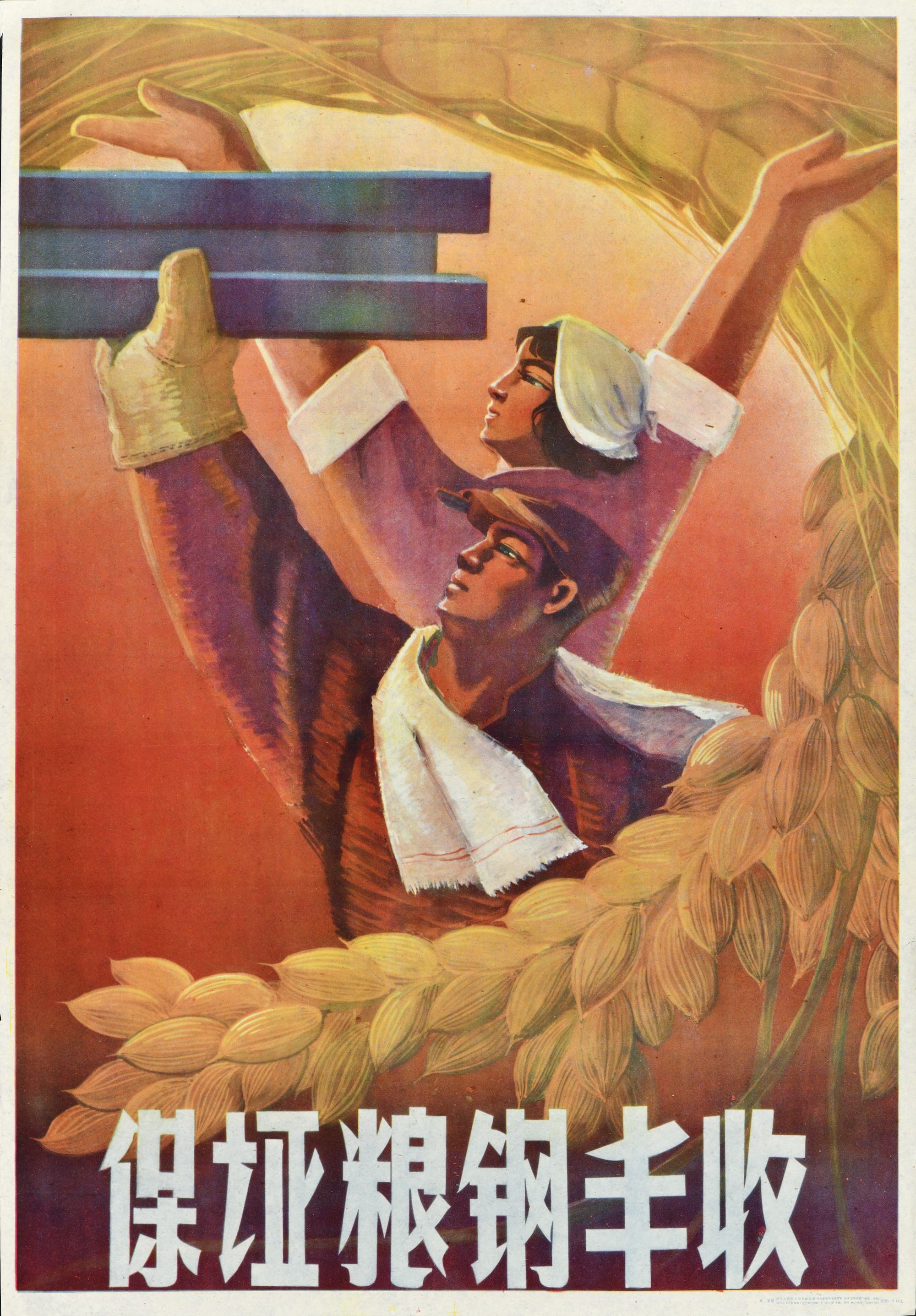 The posters designed between the ’30s and ’70s are colourful propaganda campaigns that directly mimicked Soviet Realism. The beauty and sex appeal used to sell products in the 1920s shifted to campaigns based on camaraderie and, later during the Cultural Revolution, fear. Mao Zedong, understandably, is the lead act in this collection, with handsome and buff workers holding little Red books coming in second. “We see Communist propaganda as campier now, but millions of people were dying of famine at this time,” says Duarte. “We didn’t want to glorify this period.”

The final group of posters were collected between Mao’s death in 1976 and the year 2000. When Deng Xiaoping came into power and instituted mass reforms, China once again opened itself, in part, to the outside world. The financial boom bred a poster renaissance. “Lifting the ban on international and domestic advertising really made way for the profession of graphic design,” says Duarte. “Previously, if you wanted to make posters, you had to make them for the government.”

Posters became more experimental and varied, and incorporated themes from Scandinavian design, surrealism, and other artistic movements that happened beyond China’s borders in the past century. “A design hotbed emerged, blending cutting edge international design principles with the creativity of a newly emergent community of Chinese designers and consumers,” adds Duarte.

We are now living through what could be the imaginary fourth room of The Sleeping Giant show.
It’s a period of great uncertainty for China, as it attempts to recover its economy, and in doing so, alleviate the many other nations which depend on its fiscal might. The Coronavirus forced the once “sleeping” giant to take a catnap. While its impact on the country has been devastating, if there’s anything China proved over the course of the 20th century, it’s that the country is no stranger to persevering in the face of adversity. 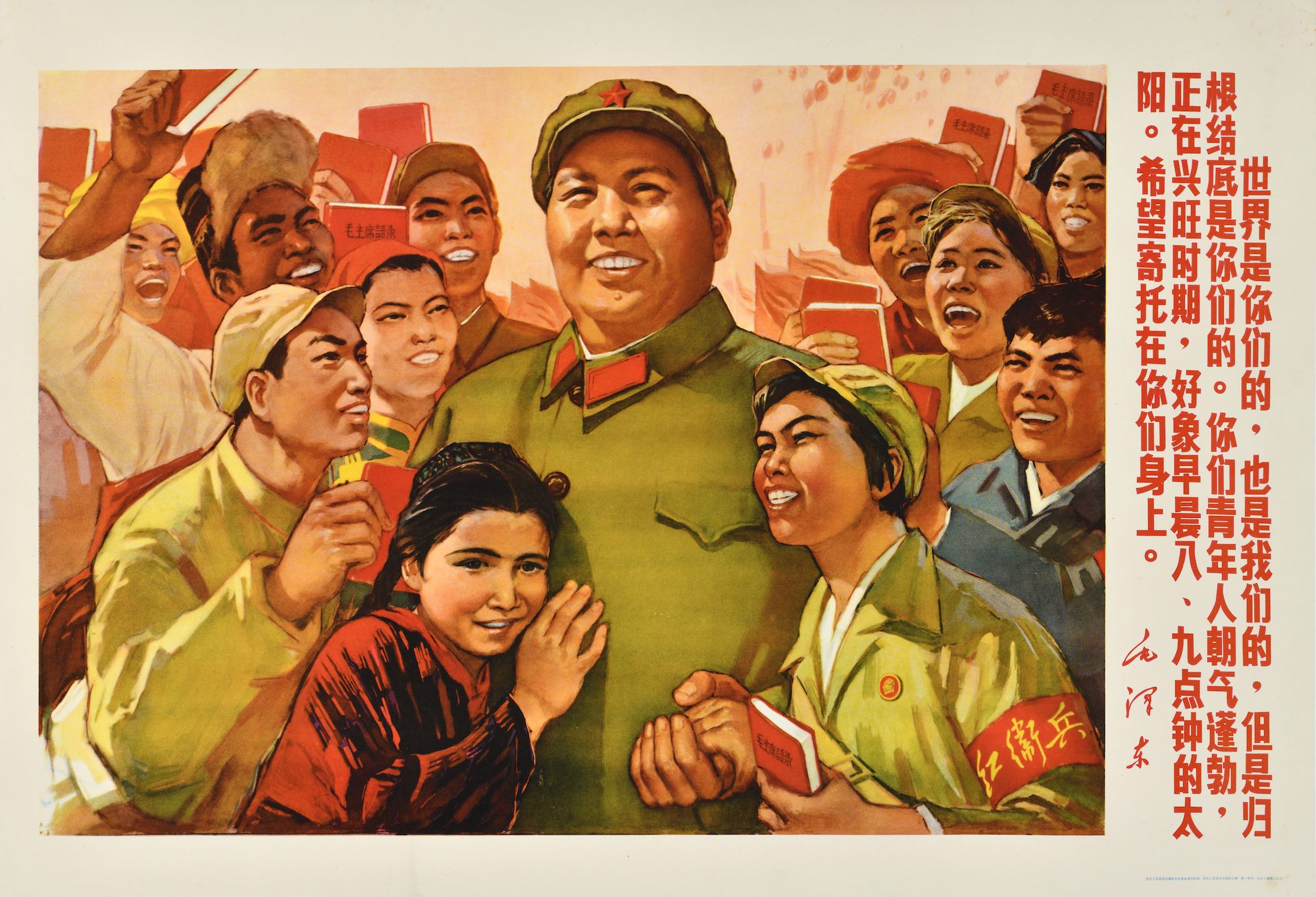 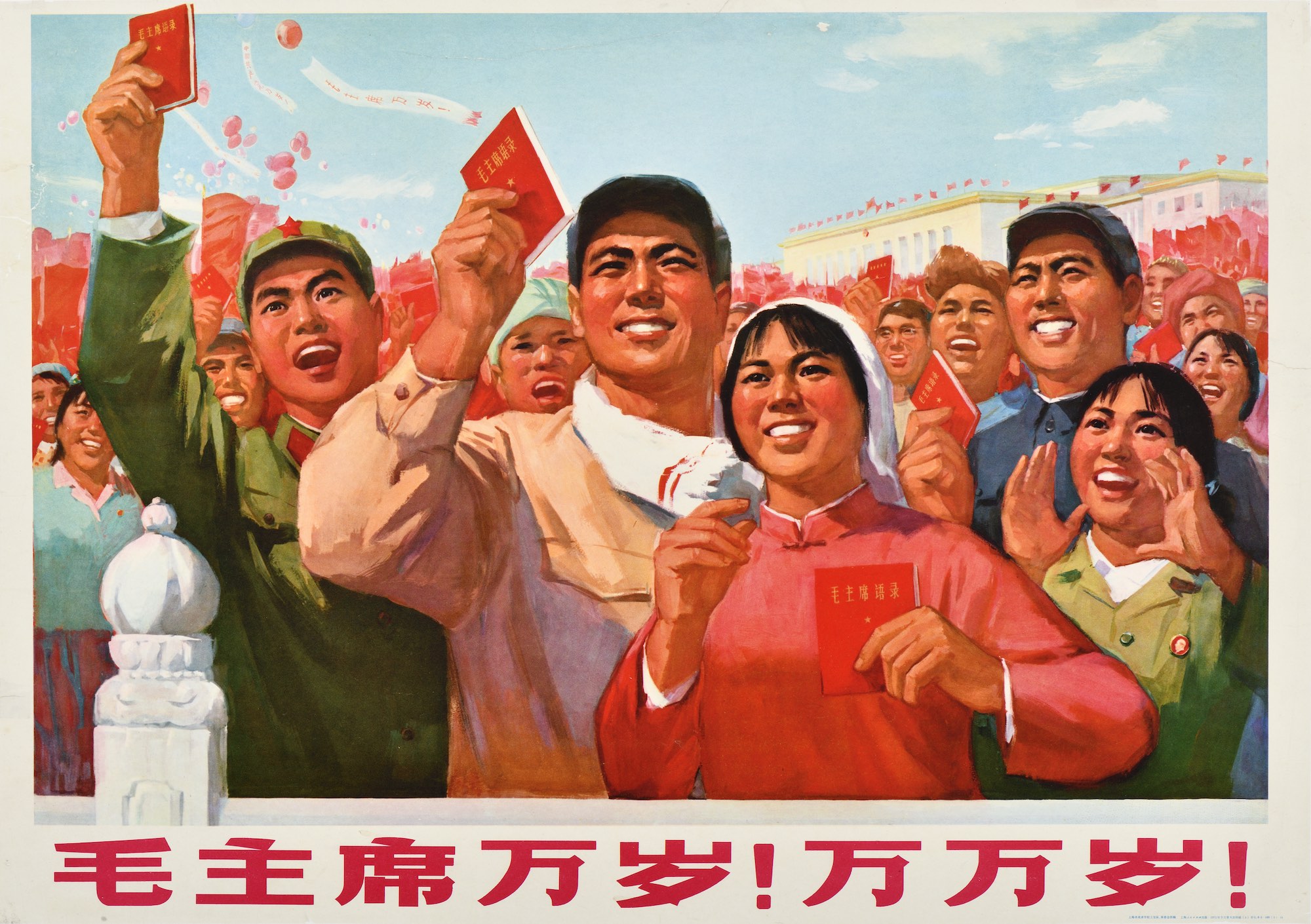 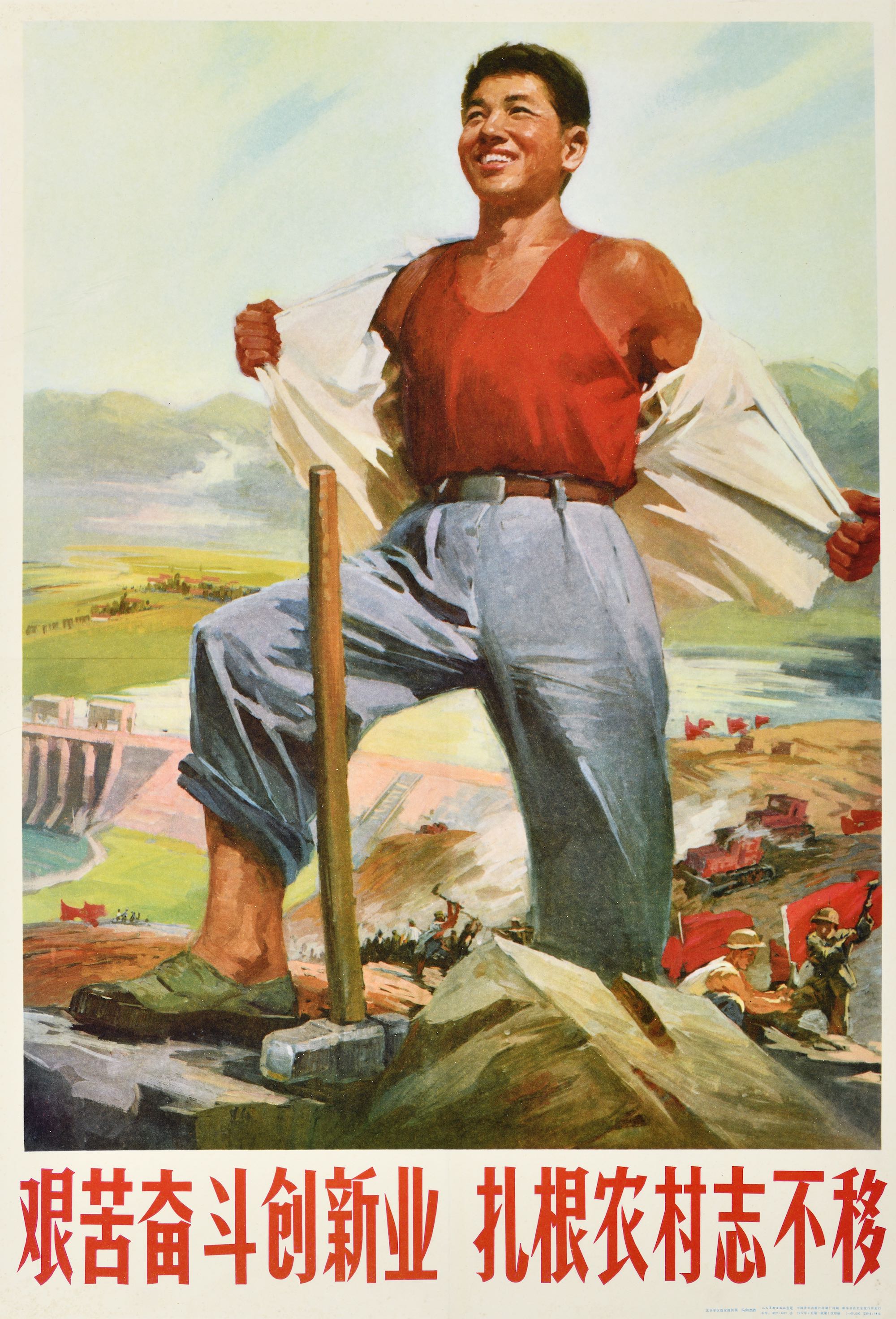 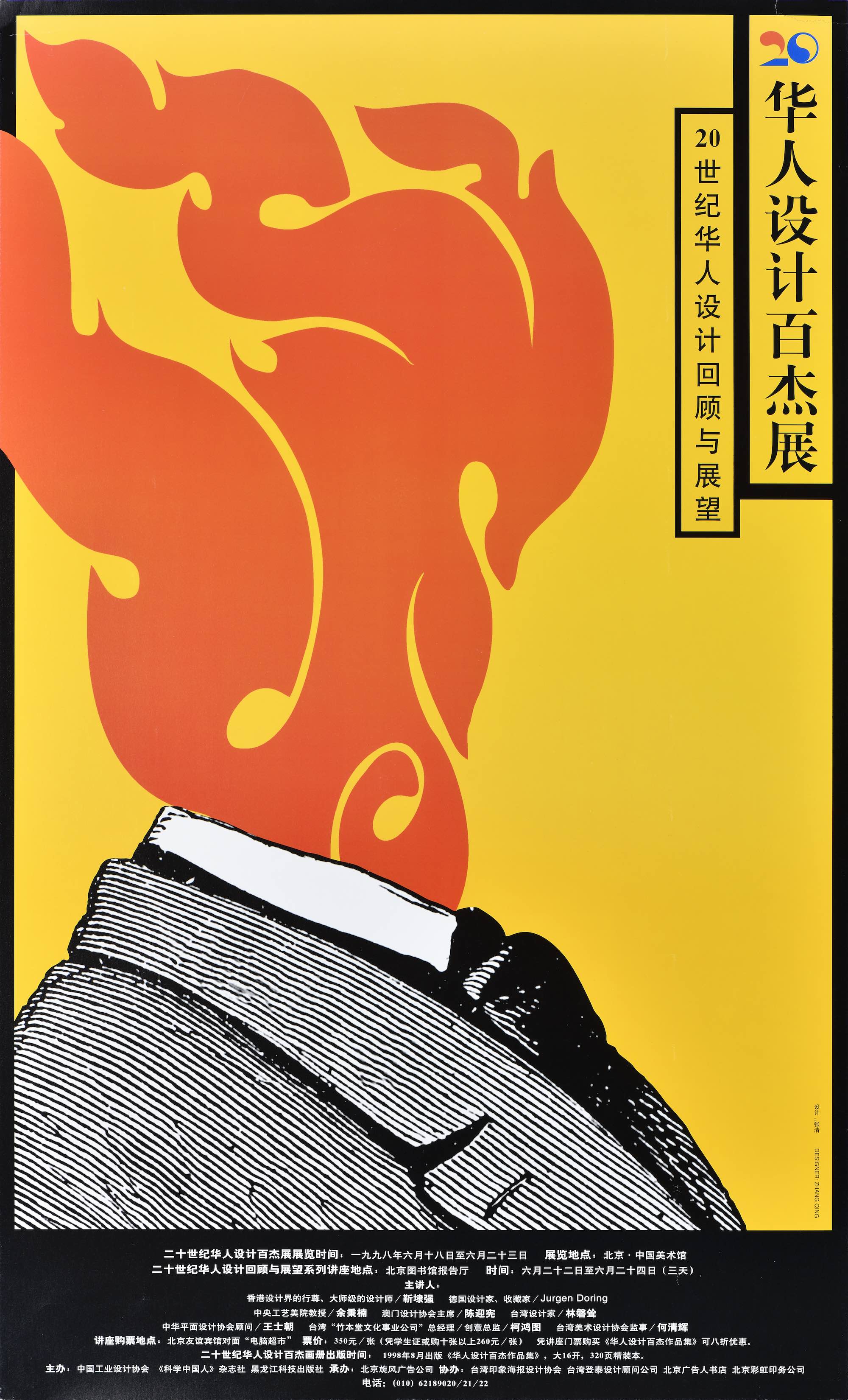 The Sleeping Giant is scheduled to remain on view until August 23rd.

Linkedin
RELATED ARTICLES
OTHER ARTICLES
Mass crustacean die-offs in the North East have led a community of fishermen to take action to save their seas.
Jeffrey Henson Scales intimate portraits and protest images of the BPP and its leaders offer a rare insight into organisation at a time of societal upheaval.
After fleeing the war in Ukraine, people are finding it impossible to secure affordable and decent housing in the UK.
After building his reputation covering the US civil rights movement in the 1960s, the photographer went on to produce some of the most enduring images of the past century.
Yohon Tatum, aka Legendary Father of the House of Tisci, reflects on nurturing a new generation of talent.
Campaigners reflect on what the supreme court’s decision to allow buffer zones in NI means for the future of reproductive rights in the UK.