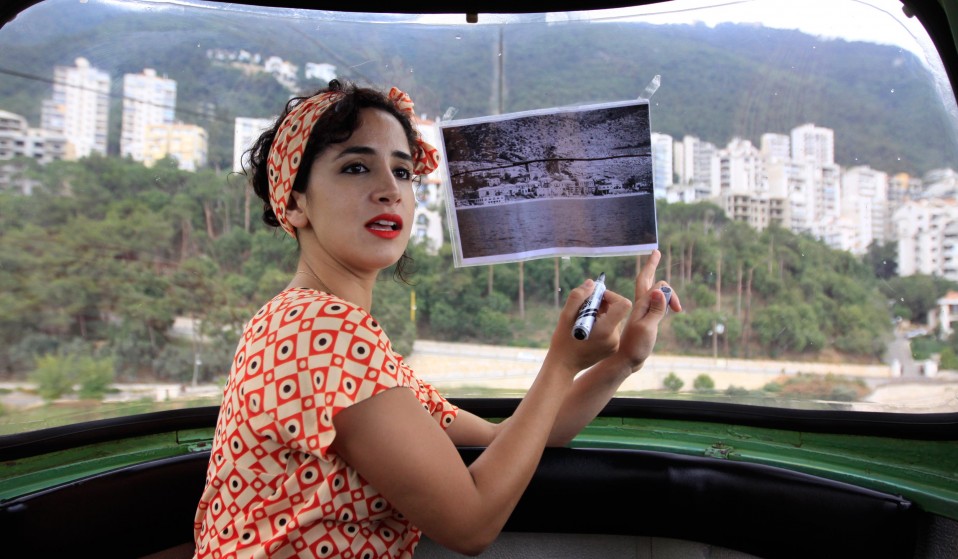 Art collective Dictaphone Group is fighting for the one thing Lebanon is lacking: public space.

Through a series of interactive performance pieces, art collective Dictaphone Group is fighting for the one thing Lebanon is lacking: public space.

At a corner of Beirut’s Martyrs’ Square, Abir Saksouk-Sasso is using a bucket and a stick to pound out a beat in the face of water cannons. Behind her, Tania El Khoury is capturing the tide of tear gas and screeching ambulances on her phone.

The public has been demonstrating for months: they want access to water and electricity, they want a solution for garbage treatment and, perhaps most all, they want a new president. It’s a familiar scene to the one that took over Egypt’s Tahrir Square in 2011, prompting the Egyptian revolution.

But Tania and Abir, two confident and determined women in their thirties, aren’t content just to join in – they’re looking for creative ways to harness the spirit of protest. 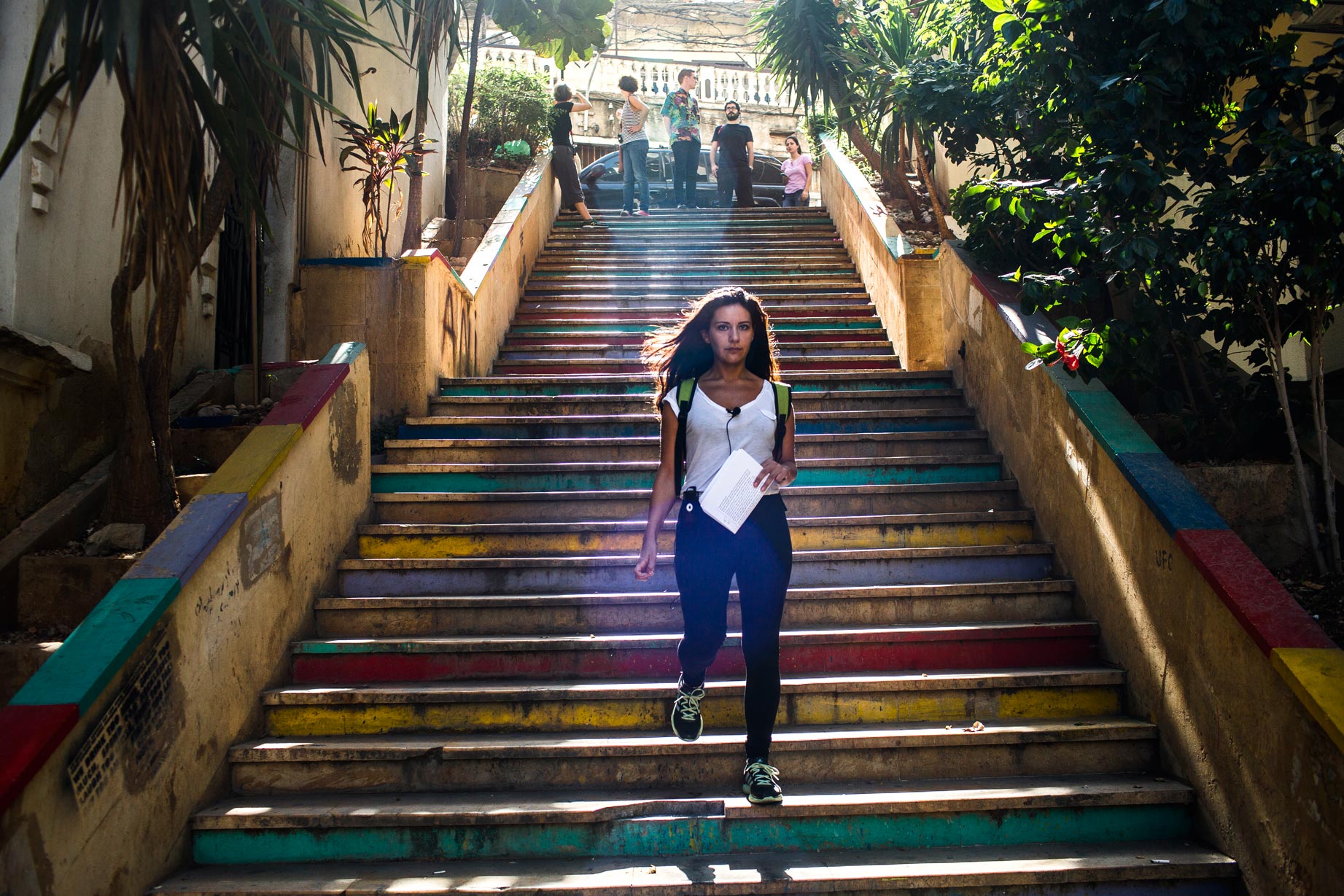 After meeting as students in London, the pair decided to launched a research-based art project called Dictaphone Group. Its aim is to bring art lovers and political activists together in the name of reclaiming public space.

It’s an issue that’s been building steadily since the 1970s in Lebanon, where the right to space has been encroached on by the State’s economic interests. Today Beirut is rife with construction: its beautiful coastline resembles a concrete jungle, with skyscrapers blocking sea views and new developments sprouting sites of endangered biodiversity.

“I want a city that is not developing for the mere interest of a specific class,” says Abir, who’s an architect and urban planner. “I would like to pay less rent, not to have a street full of valet parking, not to have closed [off] streets, and I would like to be able to protest freely.”

Dictaphone Group is founded on the belief that art shouldn’t alienate a vast majority of the population or speak solely to an educated elite. “We want to challenge the fact that art and research are very Beirut-centric, so we do projects that take us outside,” explains Tania, who describes herself a ‘live artist’. 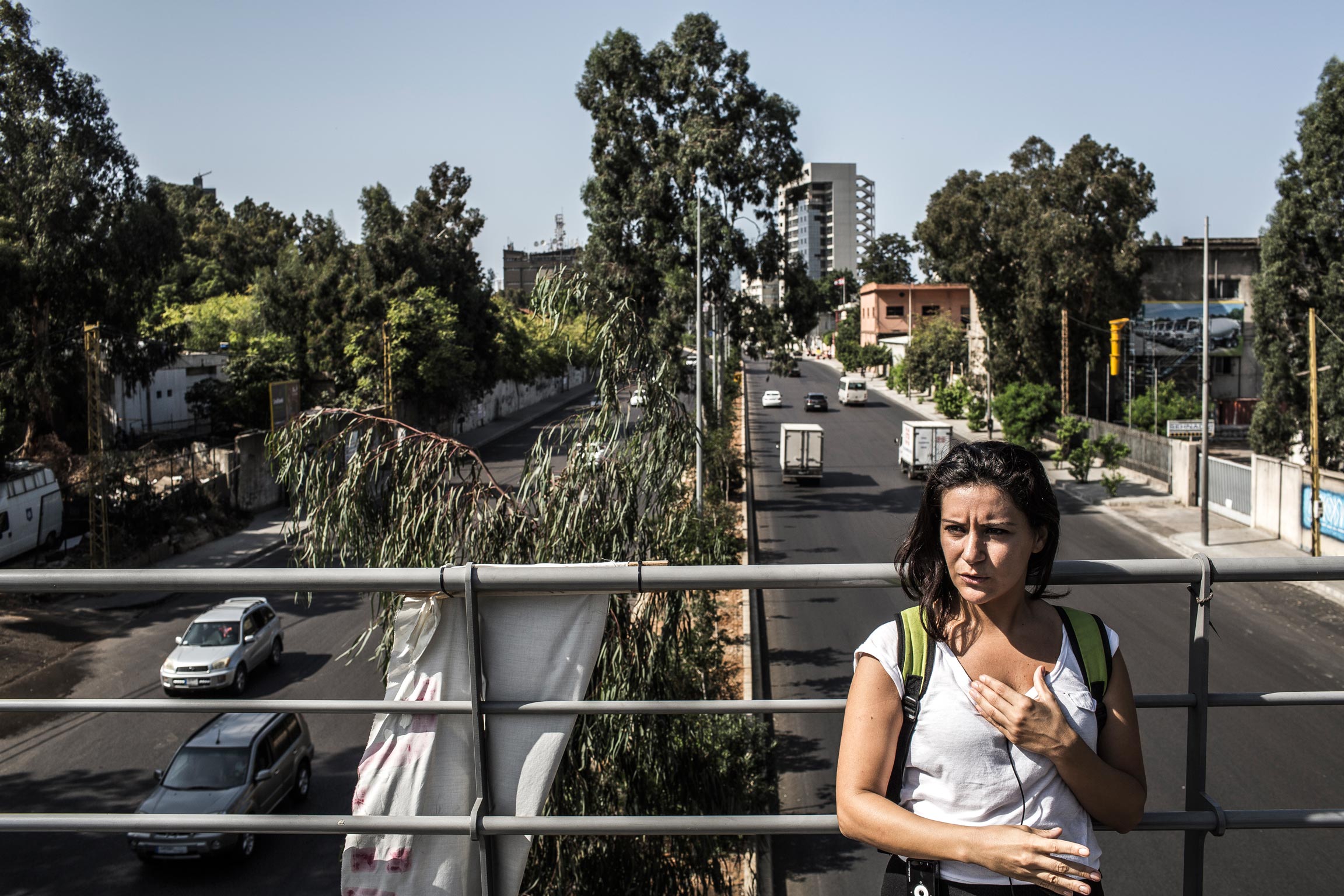 To do that, the pair put on a series of interactive and site-specific performances, all of which are recorded so that can have a purposeful afterlife online. The audio and video available on their website has already been utilised by activists, artists, the media and other research groups.

One performance, entitled ‘The Sea Is Mine’, was about empowering inhabitants to reclaim their right to the Mediterranean.

Participants clambered aboard a fisherman’s boat off the shore of Ras Beirut, where they were invited to share memories from a time when they didn’t need to go to expensive private clubs or walk down a dirt road lined with barbed-wired just to take a swim.

In these intimate gatherings, the goal is to build “the collective memory” a handful of people at a time. “Developing a deeper relationship with a limited audience is key,” says Abir. “It enables a discussion between people who usually don’t interact.”

Anachronism is a recurring element of Dictaphone’s work. The performances – taking in the likes of abandoned train tracks and derelict buses – act as a portal through time, using symbols of dysfunctional Lebanon to engage people in thinking about the space around them.

It’s what inspired Dictaphone to take over the Sursock Museum – a once-private villa bequeathed to the city of Beirut and turned into a contemporary arts centre.
As I join them for a performance, we’re led on a walk recreating the path a maid would have taken while working there in the 1950s.

Abir leads us through a maze of ruins and high-rise walls while carefully describing the green landscapes the maid would have once seen. At one point, we reach a private house that, judging by the size of the cactus rising by the entrance door, must have been built around the same period.

It turns out to be Abir’s home, completing a back-and-forth between the past and the present, between the poor and the rich, offering a critical perspective on the city’s duality.

There are signs that these quieter strands resistance may be working. Last September, Nahnoo – a nonpartisan youth-lead organisation that means ‘we’ in Arabic – forced the reopening of Horsh Beirut – the city’s largest green space – after decades of being off-limits to the public.

Before, citizens had to apply for permission and would only be granted access if they were over the age of 35. But even now, the park is only open two days a week and the Mayor has already voiced plans to hire a private security company to prevent “misuse”. 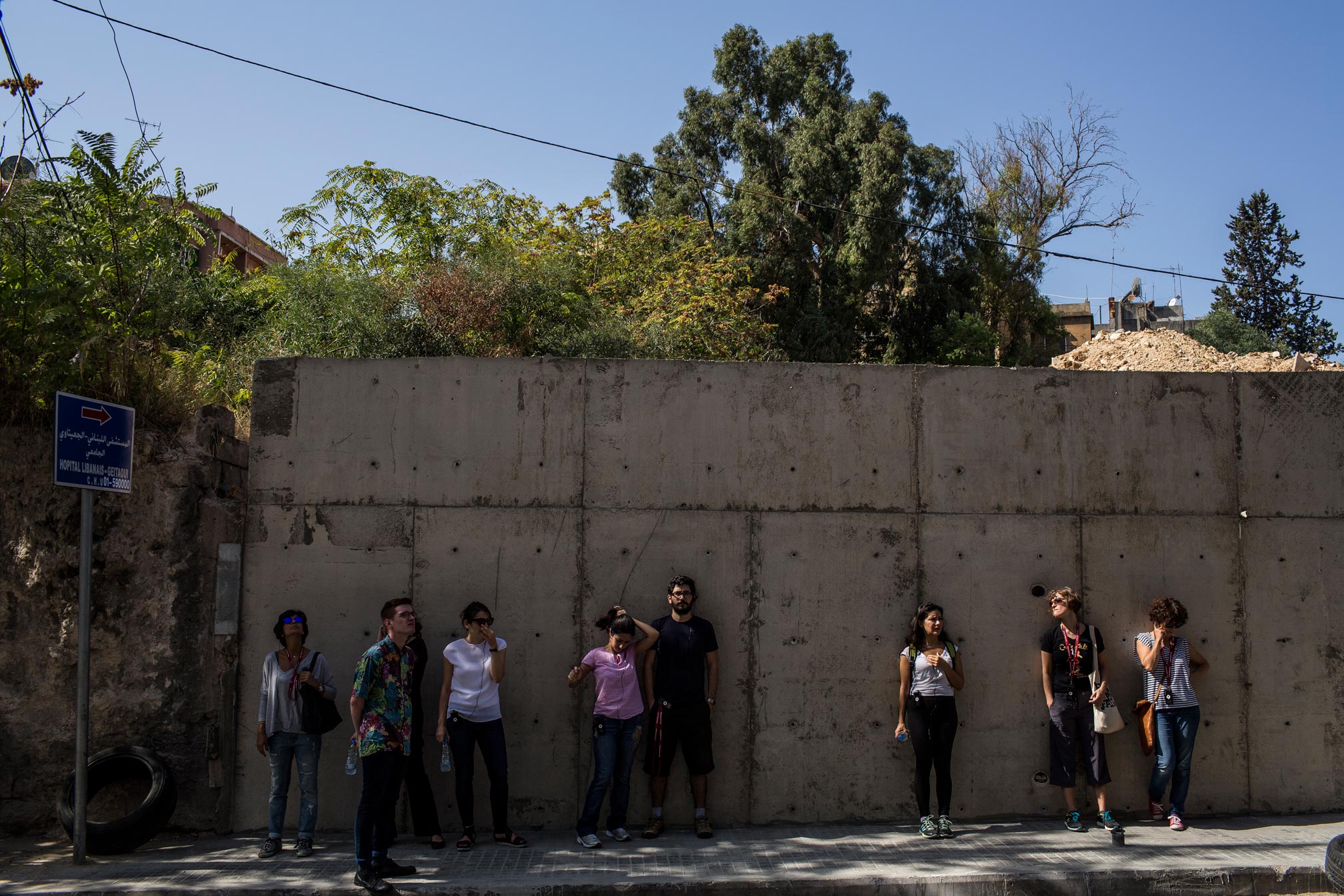 For Tania and Abir, this is exactly the kind of attitude they’re trying to overcome. “When discussing public space in Beirut, the State talks in terms of an abstract citizen that fits a very specific idea of what an appropriate user should be – someone who looks and behaves as a ‘proper’ middle-upper class European citizen,” says Abir. “And that’s not based on what the public really is.”

Find out more about Dictaphone Group.

Linkedin
RELATED ARTICLES
OTHER ARTICLES
Cindy Campbell recounts how her brother ushered in a new era of musical culture at a party she held in the Bronx in ‘70s.
Birdy Chu reflects on documenting the historic moment in which the territory was formally passed back from the UK to China.
For over a decade, gamblers have won big by employing people to place live bets from the court. But does this dubious method still work?
Yesterday thousands gathered outside Buckingham Palace after news of the Queen’s death broke.
The two-day long event returned to London this year, showcasing a spectacular parade, steel bands and Caribbean food.
A 37-year-old woman shares how her abortion led her to become a clinic worker, and the abuse she’s received in that role.