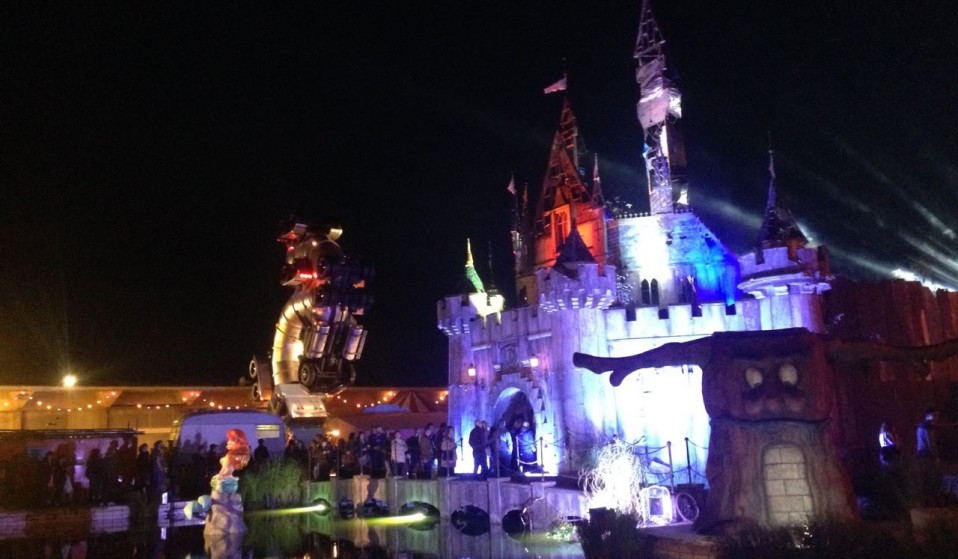 Materials from Banksy’s infamous ‘bemusement park’ in Weston-super-Mare are to be used to build shelters for the thousands of refugees stuck in Calais.

Materials from Banksy’s infamous ‘bemusement park’ in Weston-super-Mare are to be used to build shelters for the thousands of refugees stuck in Calais.

At one of the darkest attractions in Banksy’s Dismaland, visitors were invited to pilot remote-controlled coastguard vessels to ram into model boats packed full of migrants. A depressing caricature of Europe’s response to the Mediterranean migrants crisis, war-weary model refugees looked out from the dangerously over-crowded boats while drowned bodies floated by face-down in the murky water. 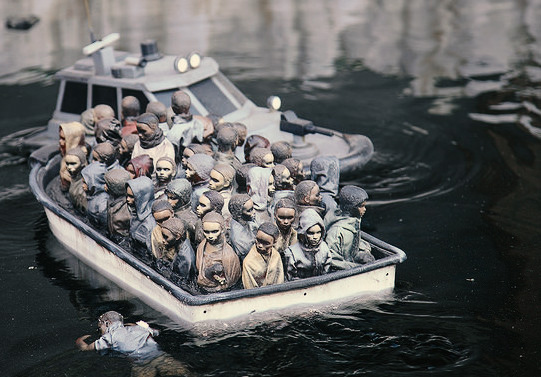 As builders begin dismantling the infamous ‘bemusement park’ at Weston-super Mare, Banksy has announced that the timber and fixtures from Dismaland will be sent to the Calais ‘Jungle’ refugee camp to build shelters.

Naturally, there will be the haters, weary of Banksy’s antics, who see him using the Calais refugees as extras in another publicity stunt. However, there is no doubt the support is desperately needed. When Huck visited the camp in August with Critical Mass activists, we met people living in dire conditions and saw torrential rain wash away tents and other makeshift shelters.

Between three to five thousand displaced people are estimated to be living in the camp, mostly from countries such as Sudan, Afghanistan and Eritrea. The majority hope to make it to Britain, but as security around the port and Eurotunnel have been beefed up, growing numbers have been stuck in the Jungle, with many applying for asylum in France. 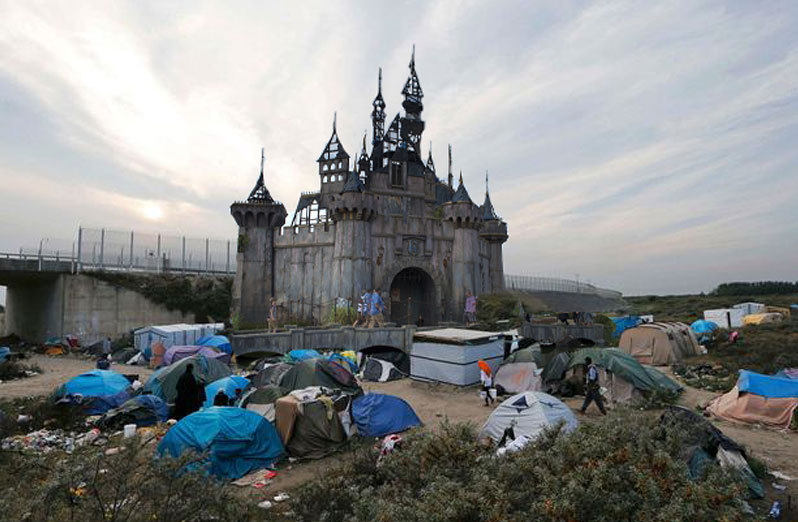 The image released by Banksy to announce his new plans for Dismaland.

Banksy released a picture with Dismaland’s centrepiece, Cinderella’s castle, photoshopped into the middle of the Jungle camp. However, it’s unlikely that anything will be recognisable of installations such as Guerrilla Island, the Jeffrey Archer Memorial Fire Pit or Water Cannon Creek, when material from the park is reassembled in Calais.

As Huck reported, government indifference and inaction on both sides of the channel has spurred groups of ordinary people to come together to donate clothing, bicycles and other supplies to the Calais refugees.

In August, French prime minister Manuel Valls pledged a £3.6m humanitarian camp – but that won’t be ready until next year, and weeks after Valls’ speech French police marched in to destroy a section of the camp.

Whatever you think of Banksy, it looks like he’ll be putting roofs over people’s head in Calais long before the French (or British) government does anything meaningful to help.

Linkedin
RELATED ARTICLES
OTHER ARTICLES
A wave of online awareness hit a crescendo on Saturday when hundreds of thousands of people marched in support of refugees. Leaders evading action are banking on the fact that we’ll move on. Let’s not give them that satisfaction
Huge public pressure has forced European governments to respond to the global refugee crisis. But for the three thousand people living in deplorable conditions in The Jungle, relief is a long way off.
If you're shocked and appalled by what you're hearing and seeing about the refugee crisis, here are some practical things you can do to help.