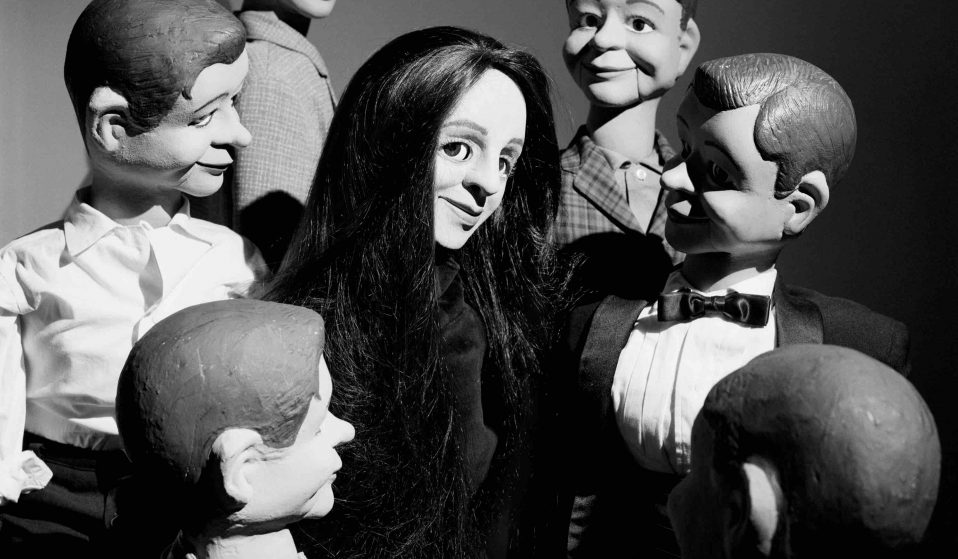 For four decades, the New York artist has been using surreal imagery to explore gender, identity, reality and illusion. We catch up with her as she gets ready for her first major retrospective.

For four decades, the New York artist has been using surreal imagery to explore gender, identity, reality and illusion. We catch up with her as she gets ready for her first major retrospective.

Have you ever wanted to step into a picture and live in that world? It’s a feeling American artist Laurie Simmons knows very well. “When I was a child, I had a strong desire to enter into the drawings in the storybook,” she says. “I can remember sitting on my mother’s lap and feeling this frustration. I wanted to get inside and walk around with the characters.”

As a member of The Pictures Generation (a group of American artists from the 70s who critically analysed the media), Simmons explores the subject of womanhood through enigmatic images that subvert stereotypes, forcing viewers to question their own assumptions.

40 years in the making, Laurie Simmons: Big Camera, Little Camera, is a major retrospective exhibition and book exploring the construction of gender, identity, reality, and illusion – as well as the photograph itself. Her work stages scenes that become poems, metaphors, and meditations on much larger ideas. 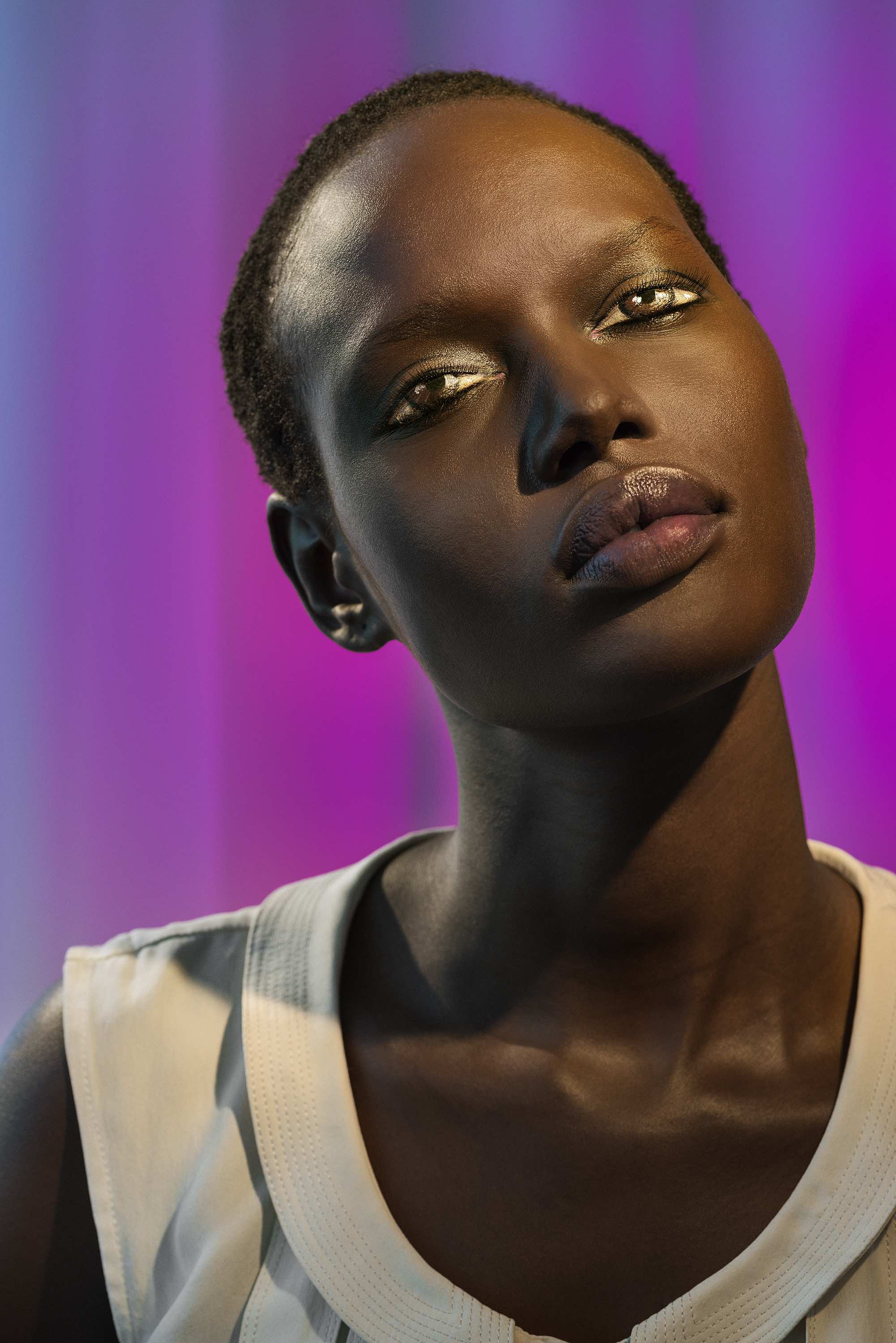 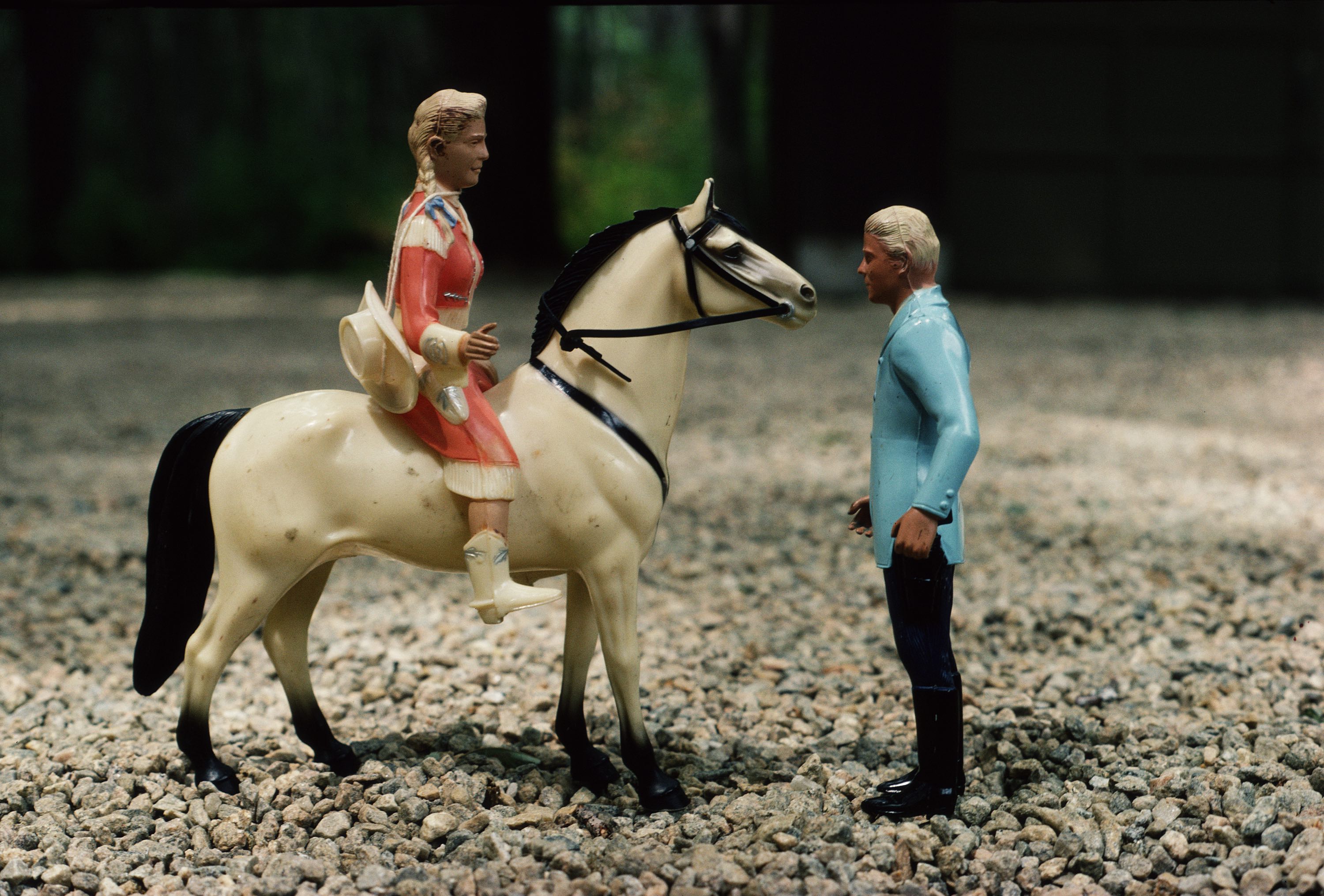 “I never wanted to make a picture where there was a bloody knife on the floor or something that suggested a before and after,” Simmons says. “In that sense, I was influenced by early advertising because it felt like a snap, a thought, a perfume, an ether – something that just flickers by.”

“I never create to have a heavy-handed narrative. In fact, I reject that at every point I can. It was the notation of a moment that was coming from a bigger idea I had about politics, psychology, my personal life, big ideas that I could reduce down to an instant.”

Simmons adds that she never set out to be a photographer – the career chose her. “I had a traditional art school education. I was a painter, printmaker, sculptor, and it wasn’t until I came to New York that I understood how quickly I could get my ideas out if I used a camera.” 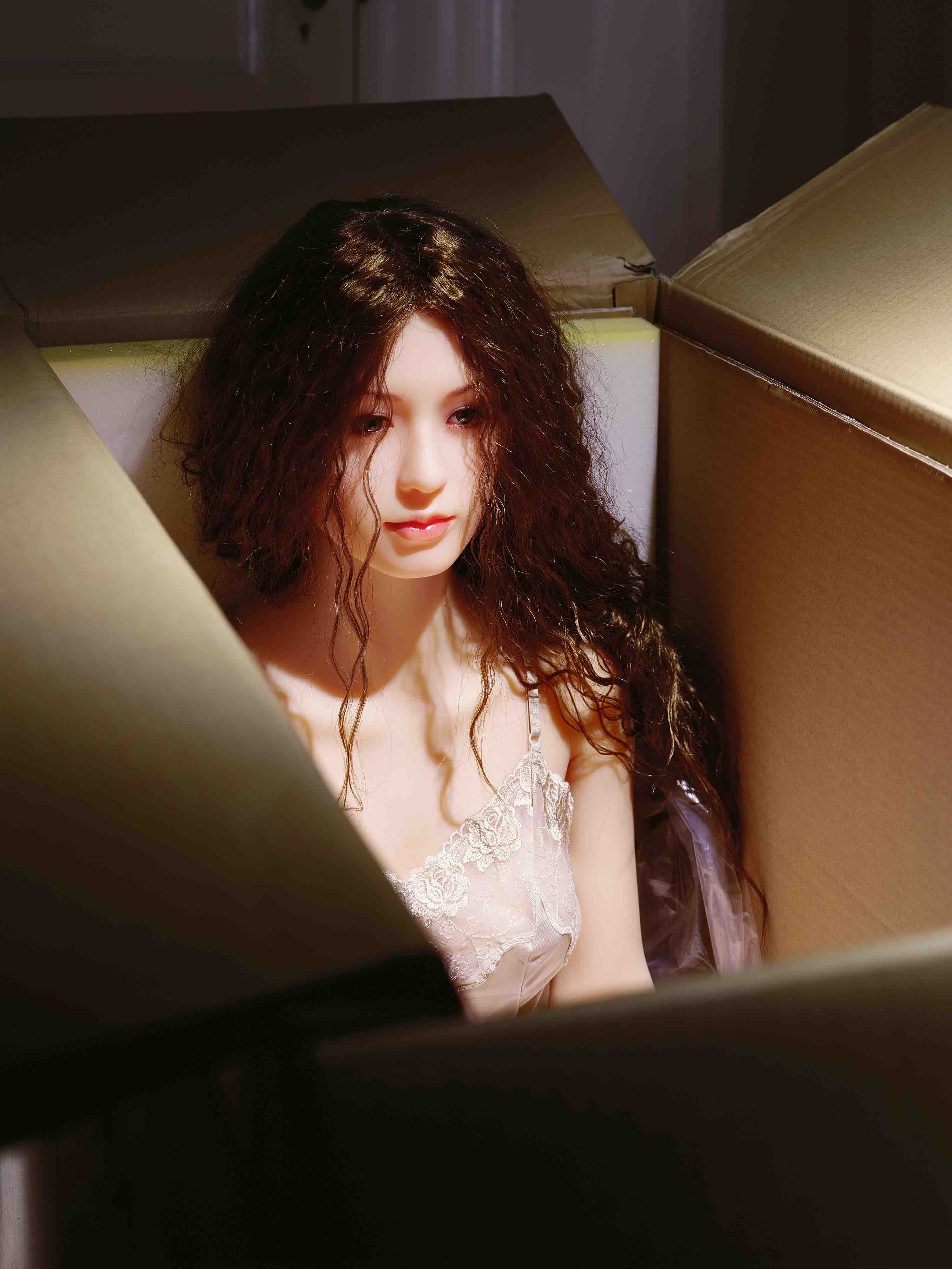 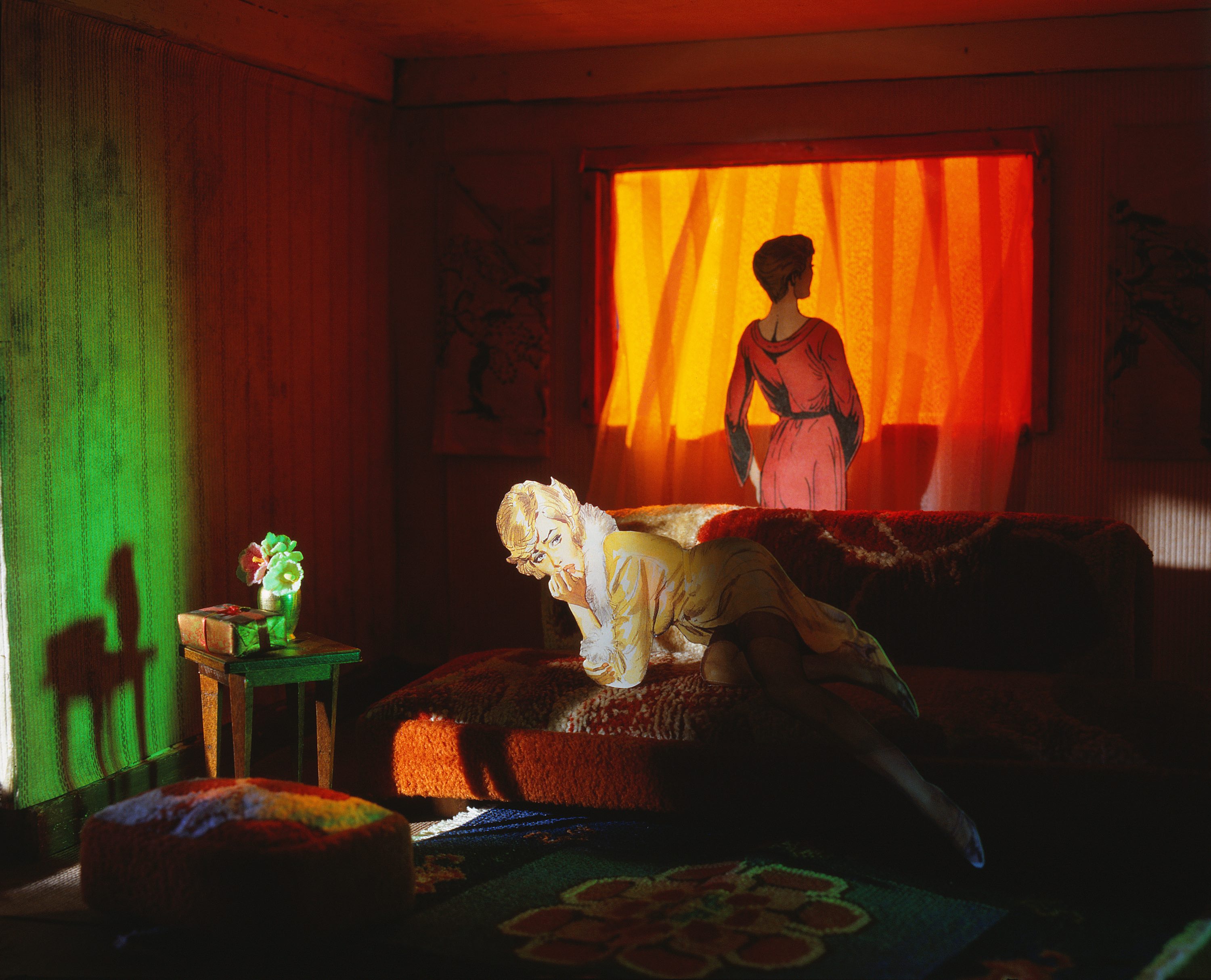 “I imagine if I was a young artist now I would not be drawn to photography because of the sheer volume of photographic images that we are bombarded with every day. But then, in the early-mid 1970s, I had a very profound feeling about photography. It was a way to record half-truths and fiction, and relay an artifice. I was excited about the immediacy of it.”

Playful, suggestive, tender, and innocent, Simmons’s photographs call up a feeling for days gone by, back to a time when things seemed so much simpler than they are now. Her work is analogue, preserving the nostalgic pleasures of film photography rather than relying on Photoshop to create an artificial world. In embracing dolls, dummies, and figurines, casting them in moments neither here nor there but somewhere in between, Simmons’s photographs invite us to tap into the powers of imagination that rule childhood.

“Maybe it’s not a surprise but I wasn’t a girl who played with dolls; I was much too peripatetic. I dismembered dolls and cut their hair off. My dollhouses were a mess,” she adds.

“But the imagery, the iconography, the way it imitated real life – I couldn’t let go of those kinds of disparities between miniature imitation life and real life were very appealing to me. I wanted to Honey I Shrunk the Kids myself right down into those spaces.” 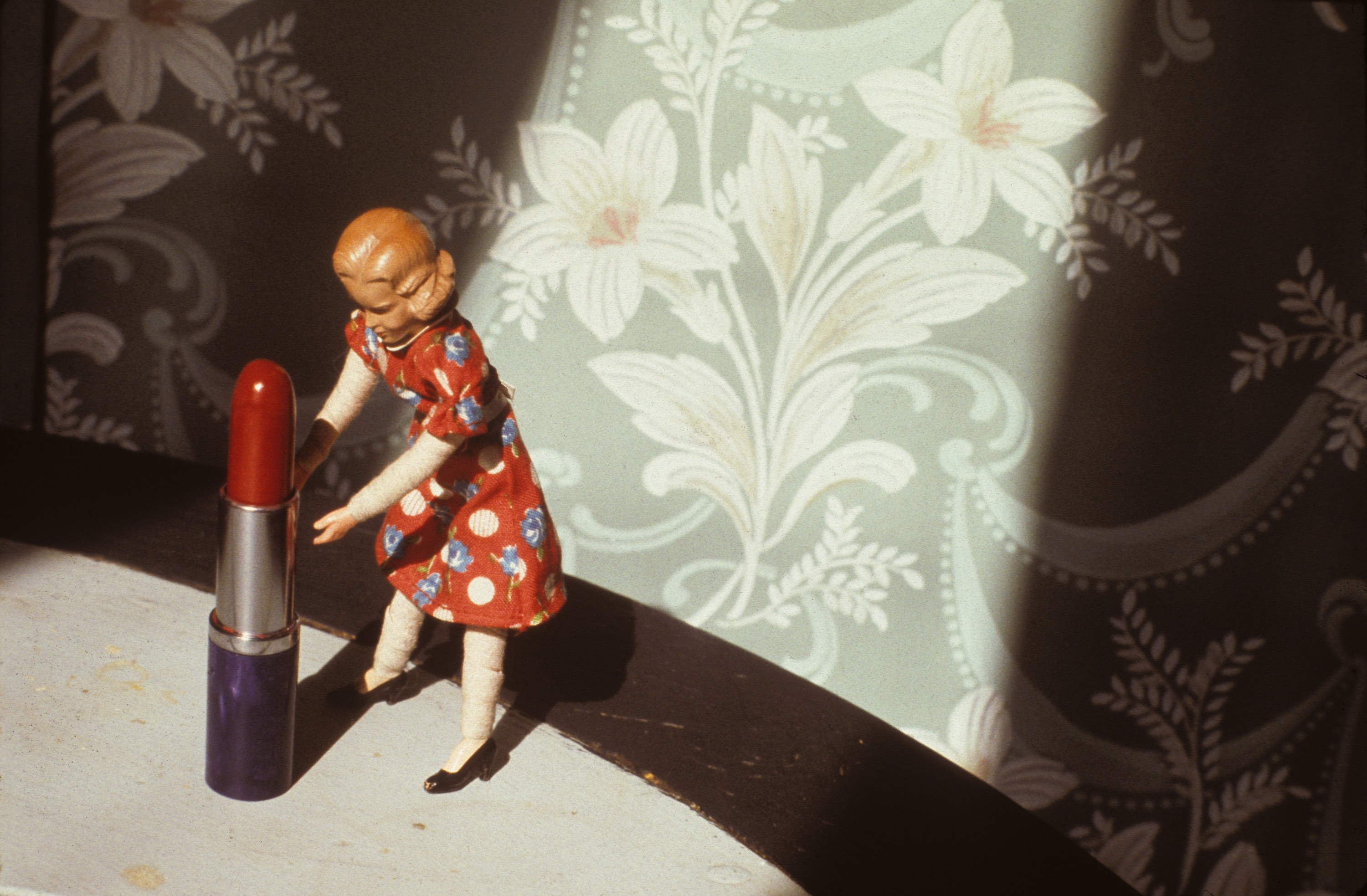 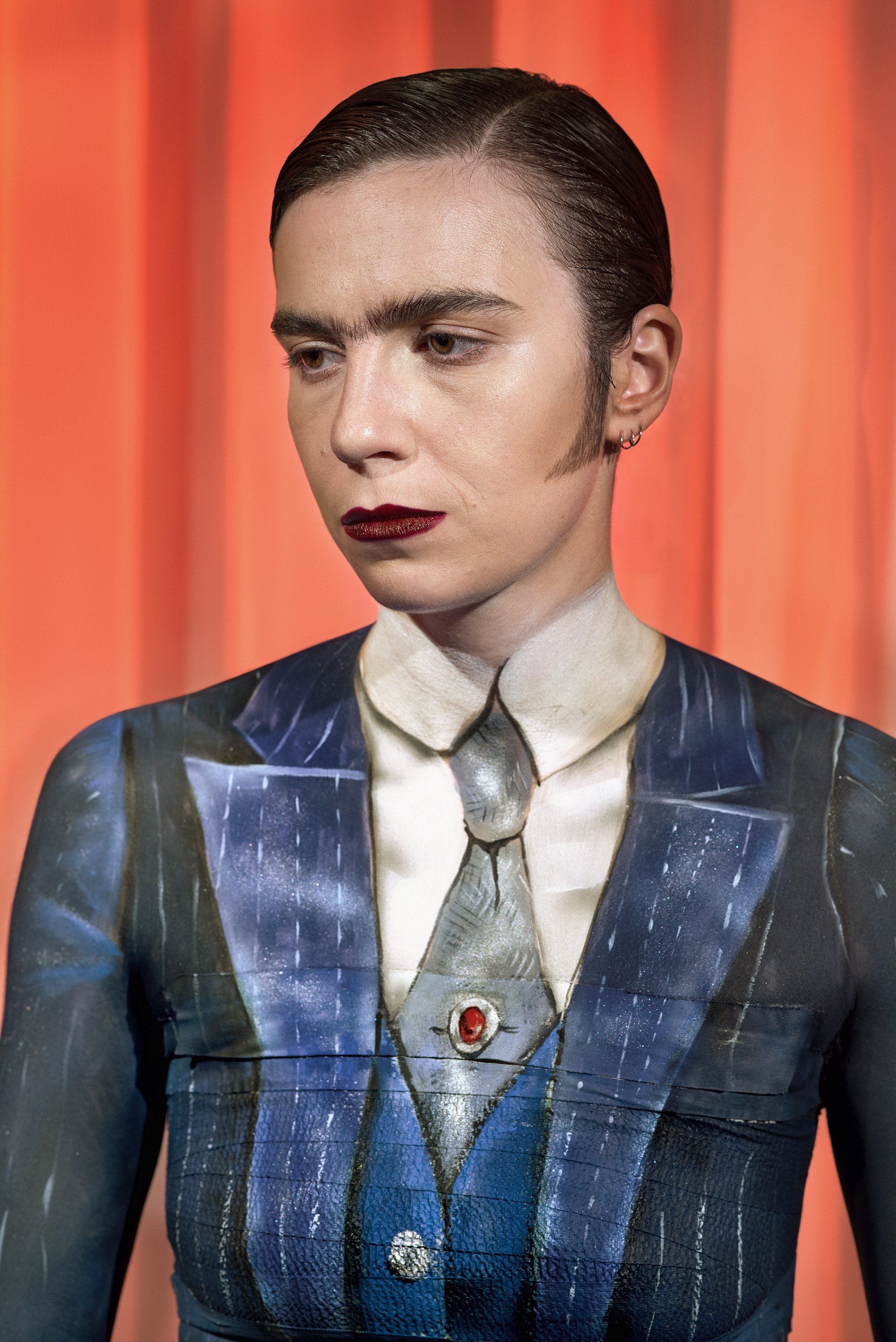 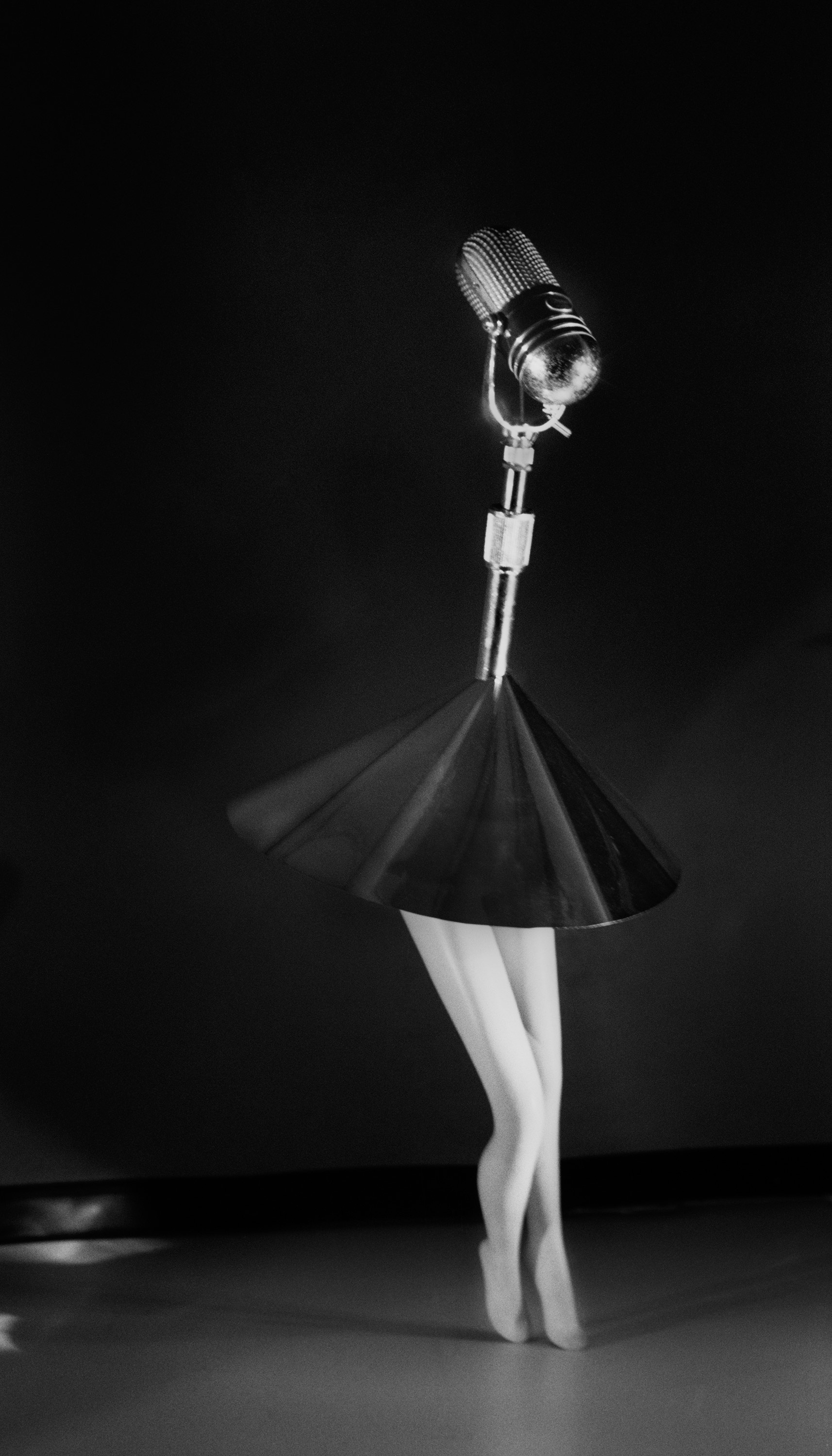 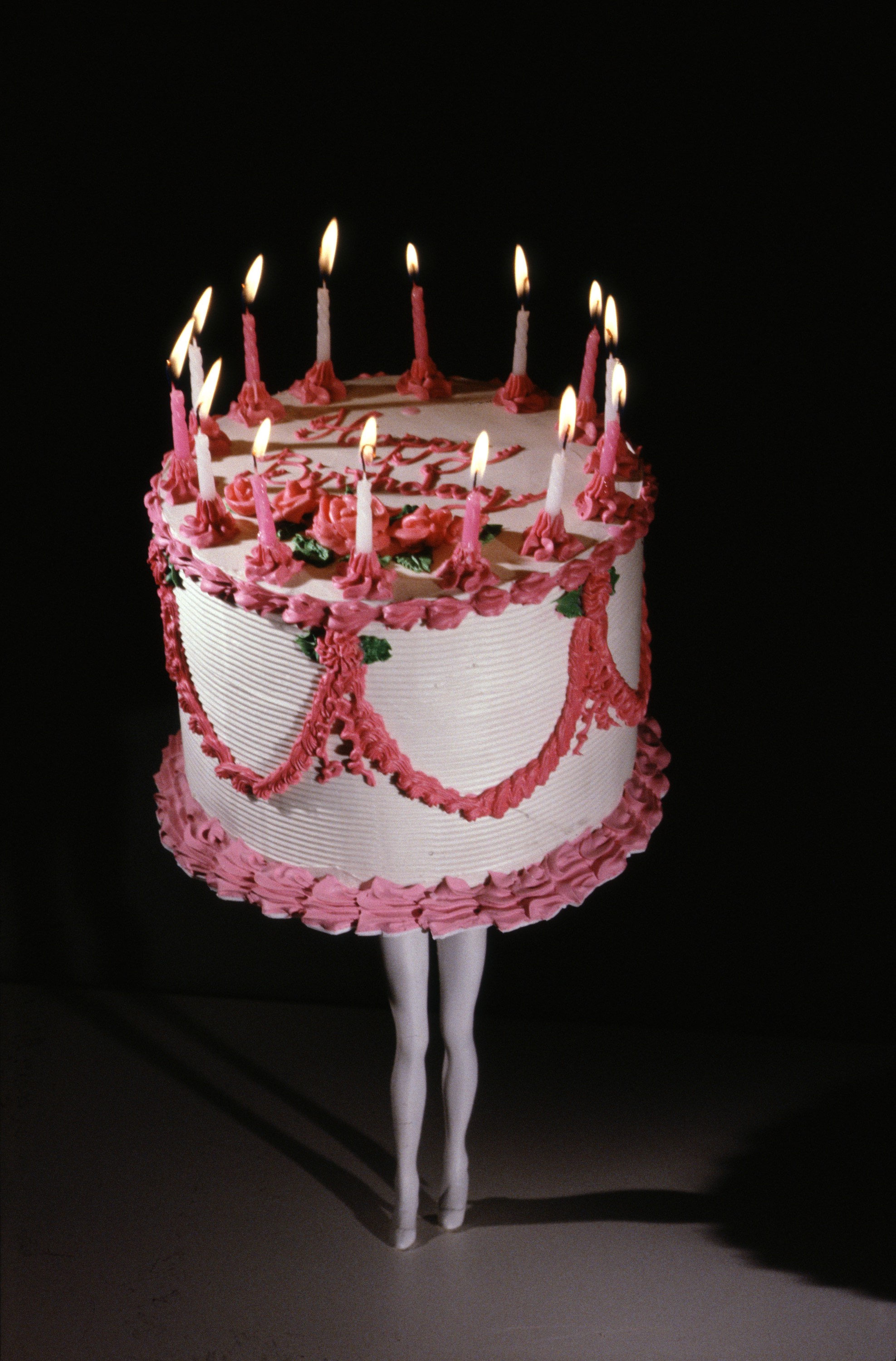 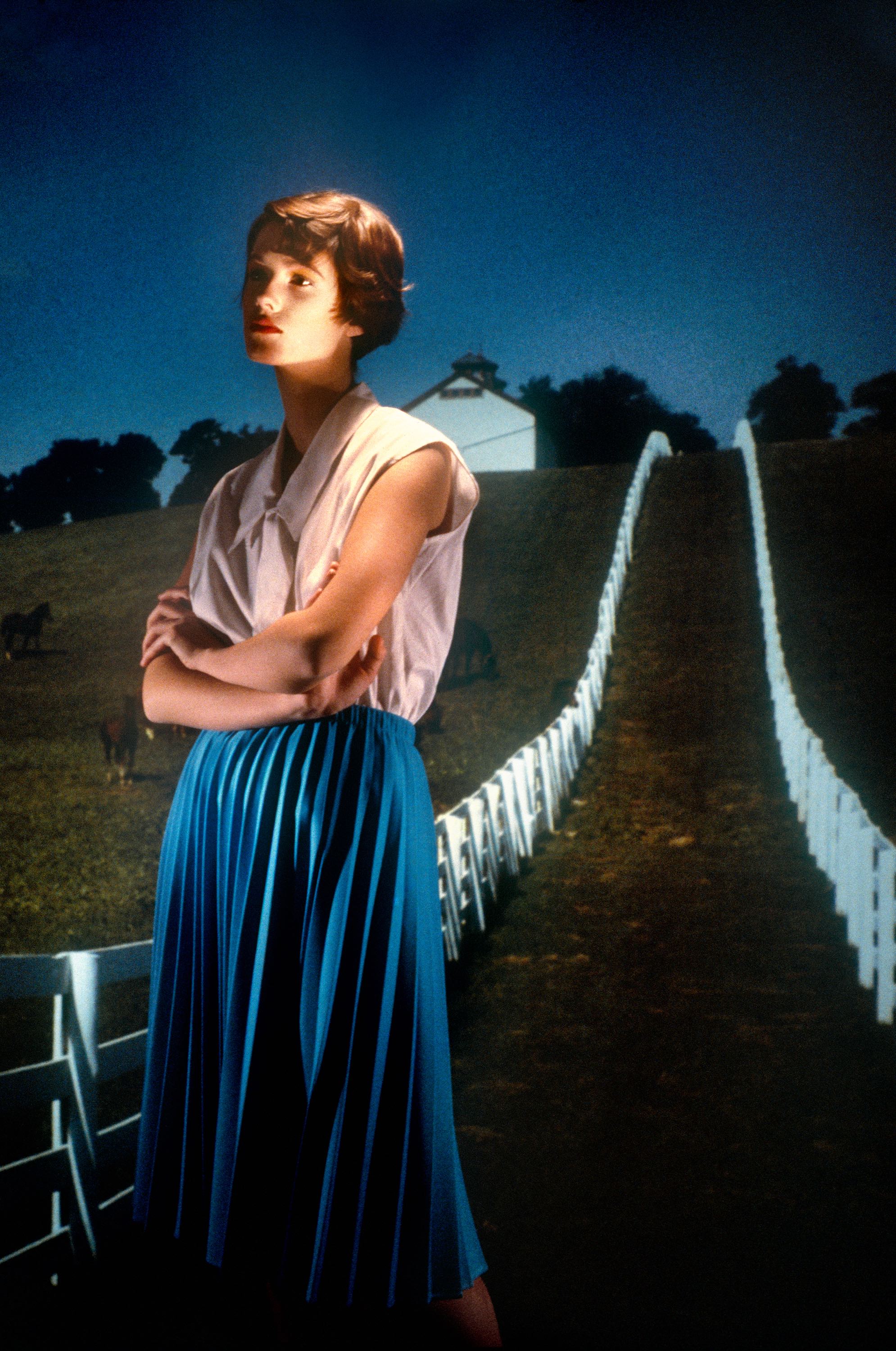 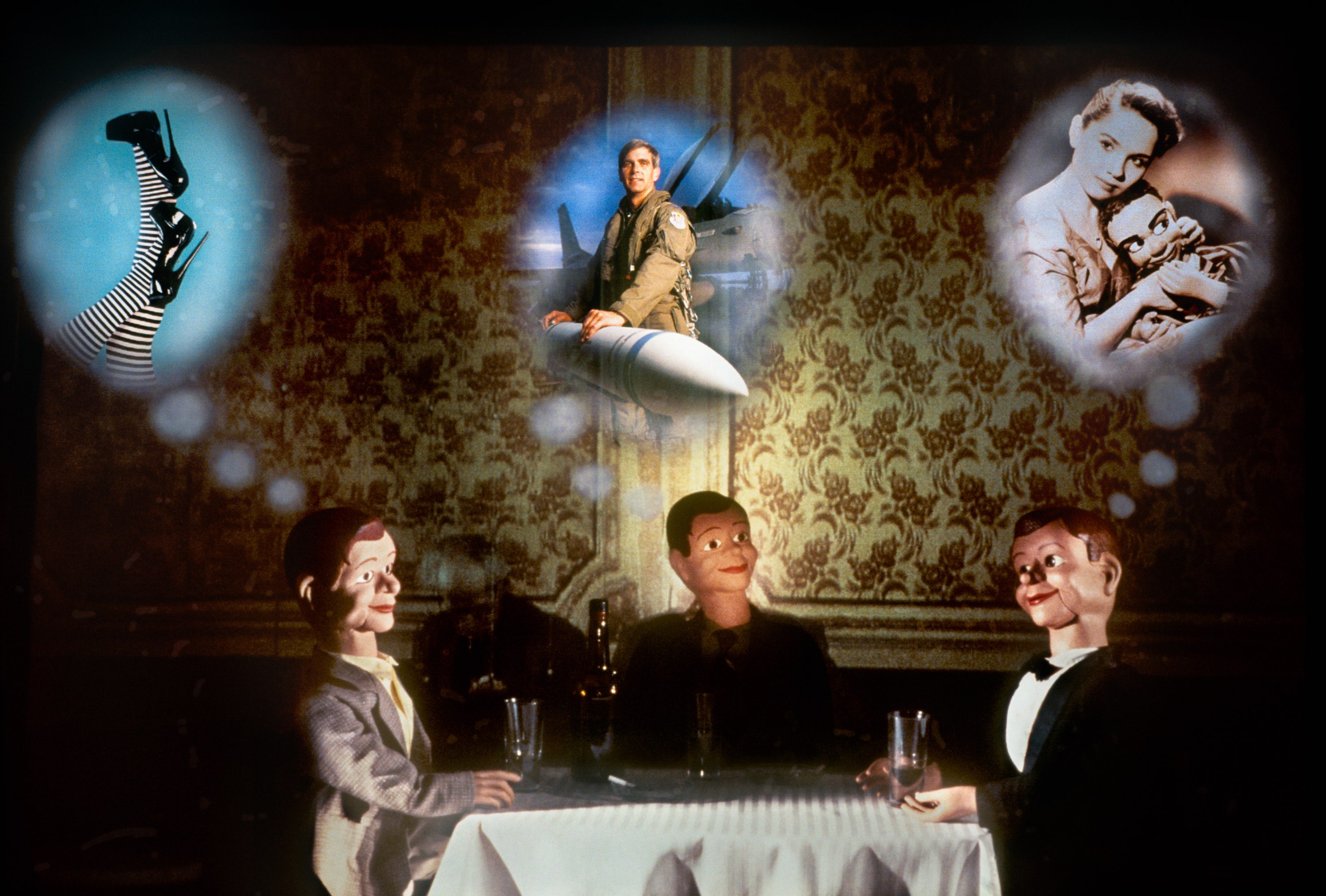 Laurie Simmons: Big Camera, Little Camera is on view at the Museum of Contemporary art Chicago through May 5, 2019.

Linkedin
RELATED ARTICLES
OTHER ARTICLES
A new documentary explores the government’s efforts to quash the protest movements of the late ‘60s by any means necessary.
Members of the collective share some of their reasons to run as part of #UnitedBySummits, a campaign that looks to uncover transformative power of the outdoors.
In the latest OFFF Dispatch, the enigmatic designer dives into his process, connecting the dots between his unique and varied creative output.
Government plans to make it harder for people to go to university will only entrench inequality.
To mark the anniversary of the mass trespass of Kinder Scout, a group of hikers came together with the intent of creating a new, fully inclusive culture for rural spaces.
From the Yakuza to a biker gang, Bruce Gilden recounts capturing Tokyo and Osaka in the ‘90s.