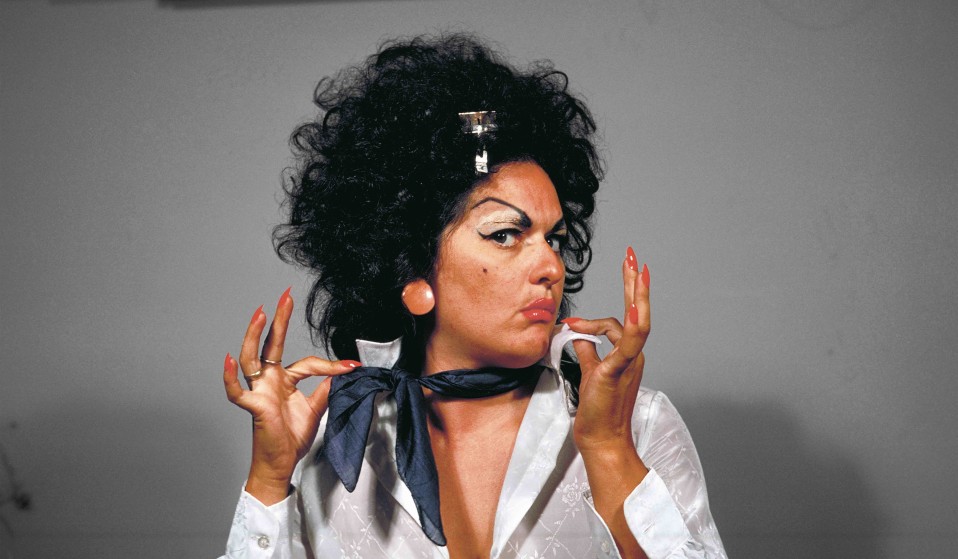 Fusing Mexican-American culture with a DIY punk spirit, the underground Chicano art scene of the late ’60s and early ’90s is finally celebrated a new exhibition.

Fusing Mexican-American culture with a DIY punk spirit, the underground Chicano art scene of the late ’60s and early ’90s is finally celebrated a new exhibition.

Born in Tijuana in 1955, Edmundo “Mundo” Meza was raised in East LA, in the heart of the Chicano scene. As an artist, Meza worked outside of the mainstream, building a network of radical creatives who were dealing with issues political activism, identity, and social justice connected with the emergence of the Chicano Civil Rights, Women’s, and Gay Liberation Movements.

His untimely death from complications due to AIDS at the age of 29 in 1985 changed everything. As an early casualty of the epidemic, his voice was silenced too soon. Shortly after, his work stopped being exhibited and began to disappear.

Curators C. Ondine Chavoya and David Evans Frantz were on an urgent mission to preserve what remained. As they began their work, they tapped into a gold vein. An explosion of artists from Mundo’s underground network began to pour forth, and over a period of four years, the curators developed relationships with more than 50 artists, groups, and bands working between the late ’60s and early ’90s. 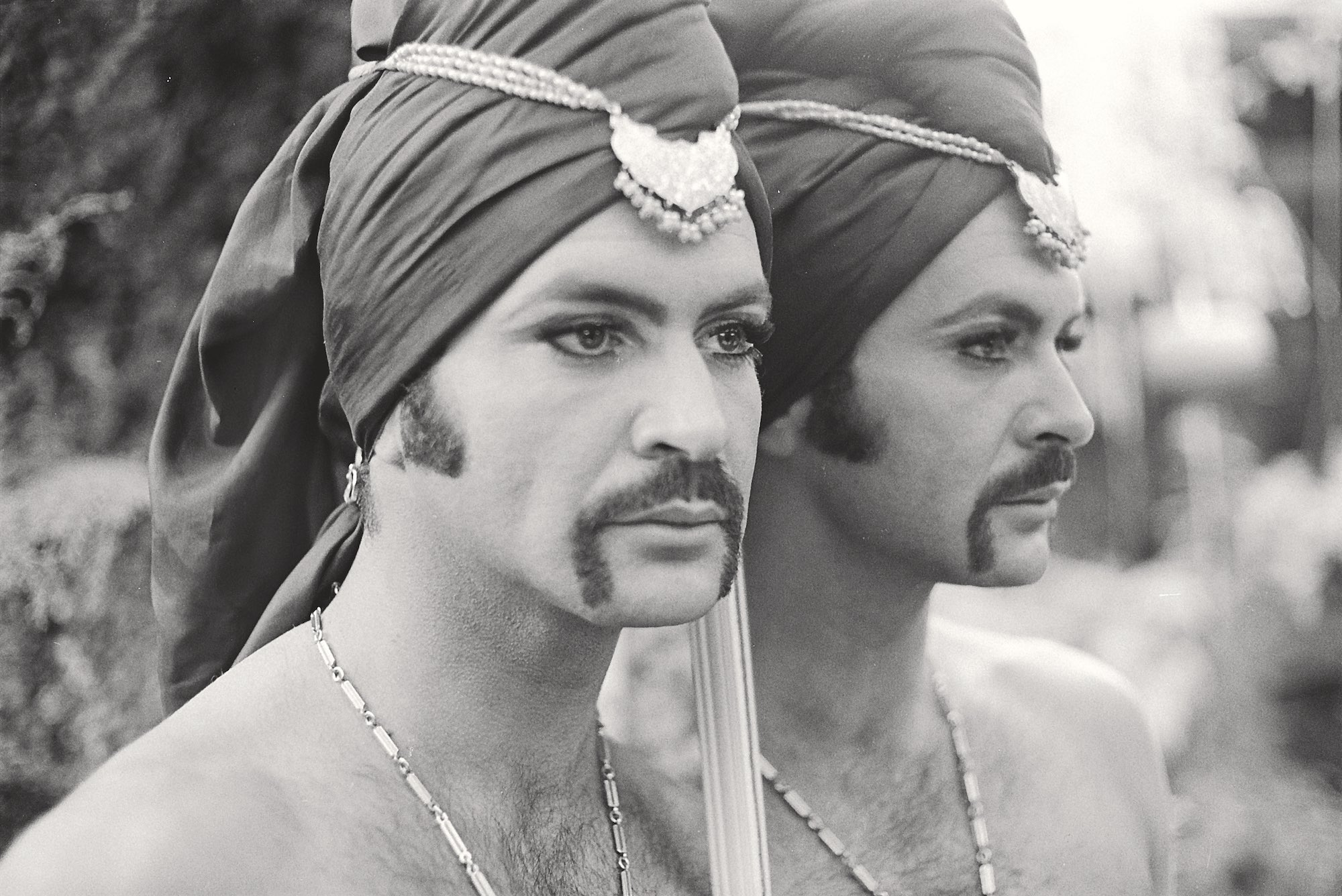 The result is Axis Mundo: Queer Networks in Chicano L.A., a travelling exhibition organised by Independent Curators International (ICI) on view at Hunter College Art Galleries, New York, from June 21 – August 19, 2018, as well as an exemplary catalogue published by Prestel.

“There is this really rich moment of the early ’70s where young artists are moving between these different spaces of art school, gay and lesbian bars, alternative art spaces, and punk clubs – if not all at the same time then all in quick succession over a number of years,” Chavoya explains. “We wanted to highlight the energising connections between those different spaces and the ways artists moved through them to produce, perform, and present art.” 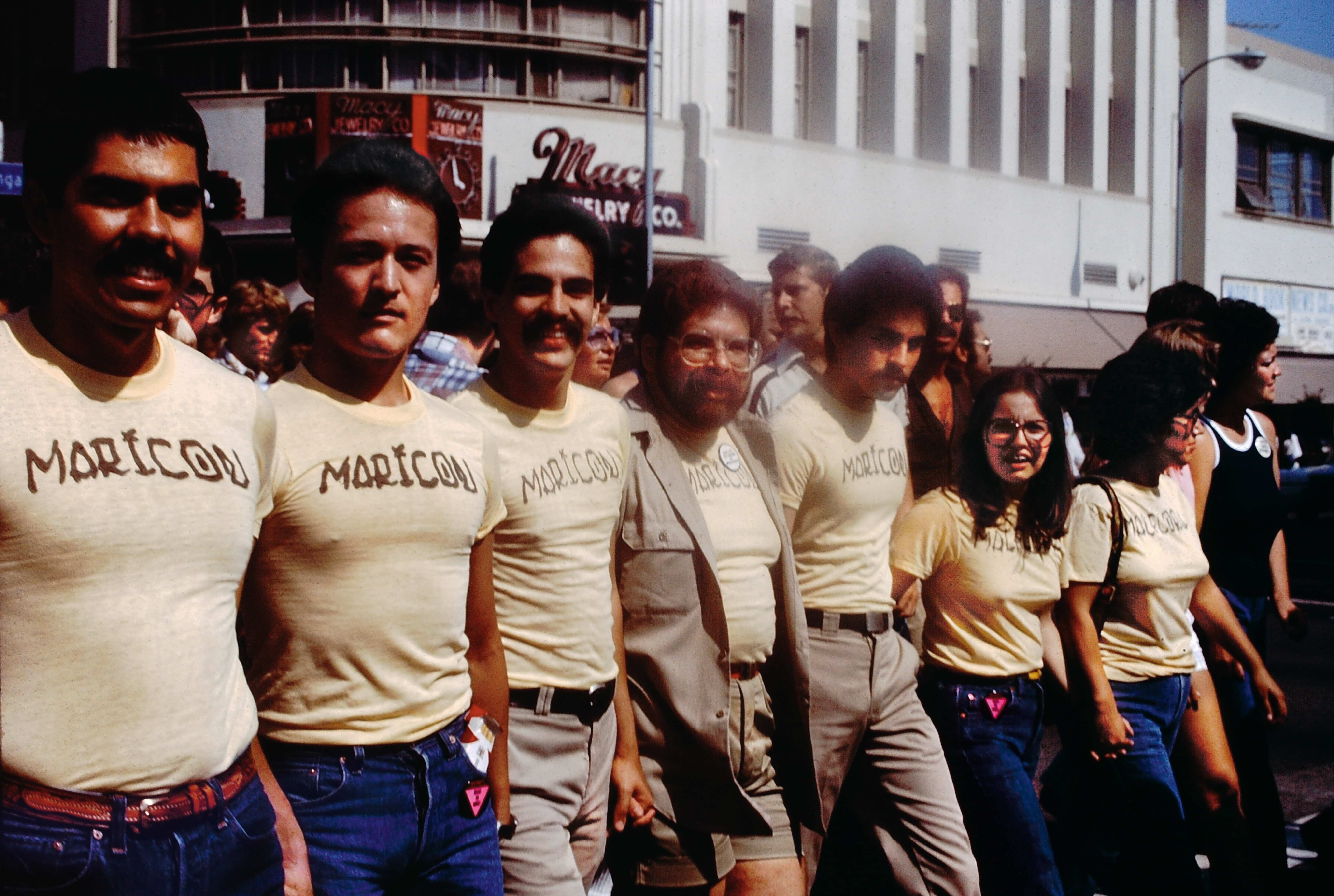 Here the DIY ethos of punk fuses seamlessly with the Chicano vernacular tradition of rasquachismo, which Chavoya describes as: “An aesthetic philosophy of the underdog, a making do that has to do with tactics and tenacity.”

Taken together, Axis Mundo explores how the artists of this generation were driven to create, collaborate, and present their work by any means necessary.

“Many of the artists had intersecting identities and they didn’t have the same access that others had to the commercial gallery system or museum spaces,” Frantz explains. “Their practices were mobilised in order to be able to produce their own work and create this really dynamic multiple layer artistic work that crossed through multiple spaces from visual artist to music to fashion. We are trying to let all the complications and messiness live in the show and be legible.” 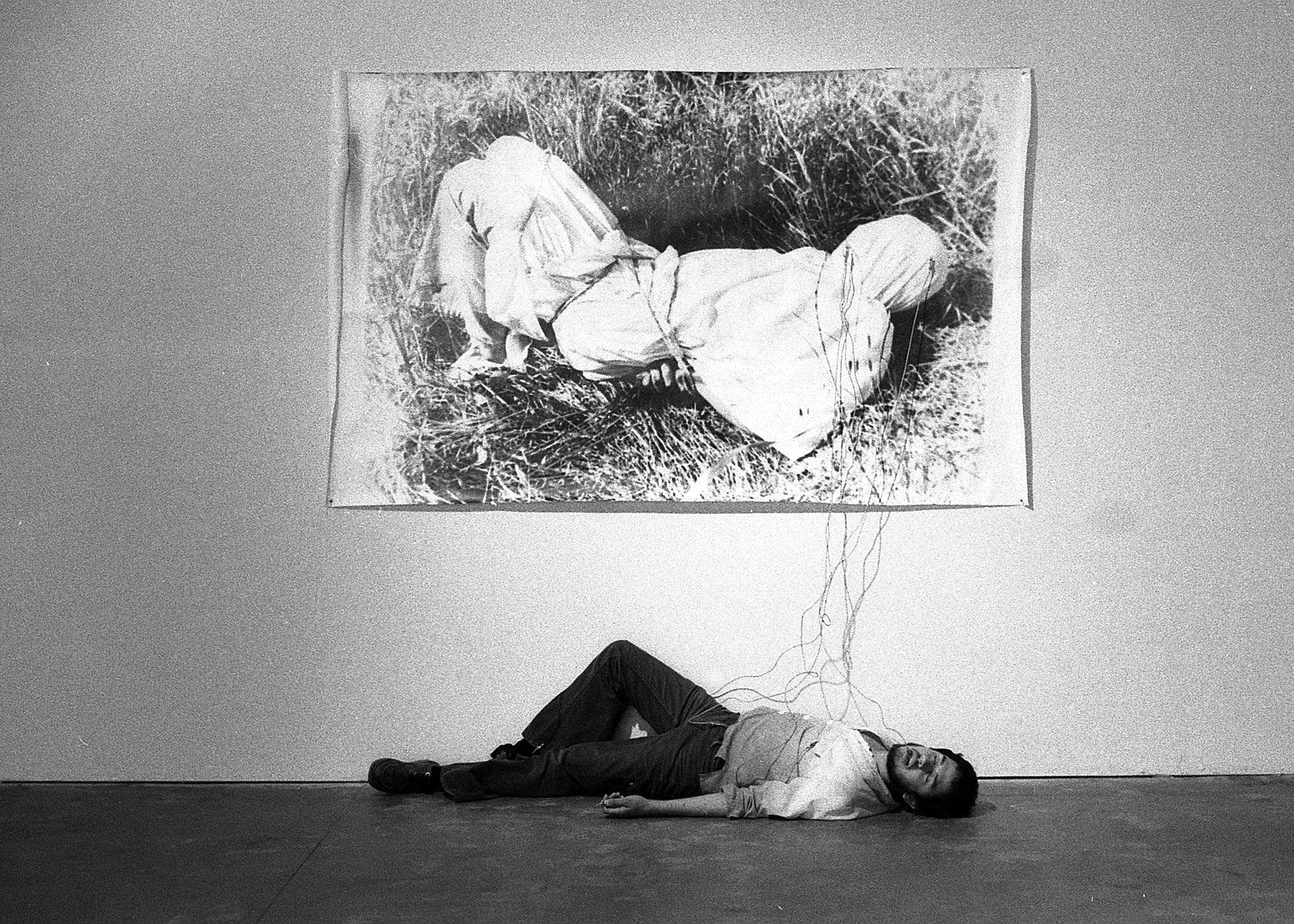 The raw power that defined the times is preserved in these stunning works that are both accessible and energising. There is a sense of freedom combined with an undeniable drive for expression and action. As the artists weave their ways through these movements, things come to a head in the ’80s, as the AIDS crisis begins to devastate a generation.

Here we see a new level of urgency come forth, as the artists use their work to speak out. “Different artists were thinking about directly intervening in the crisis to mobilise political solidarity, or others used their practice to influence and promote public education,” adds Franz. “Other artists were thinking about memorialising individuals in ways that were deeply powerful and poetic, as important touchstones to keep those memories alive while also thinking about the stakes on a personal level of the AIDS crisis.”

Axis Mundo is a testament to the underlying strength of the movement to speak truth to power today. It also considers the necessity of resistance in the face of an enemy whose form may have changed but ultimately remains the same, and to recognise that we are in this together, for better or worse. 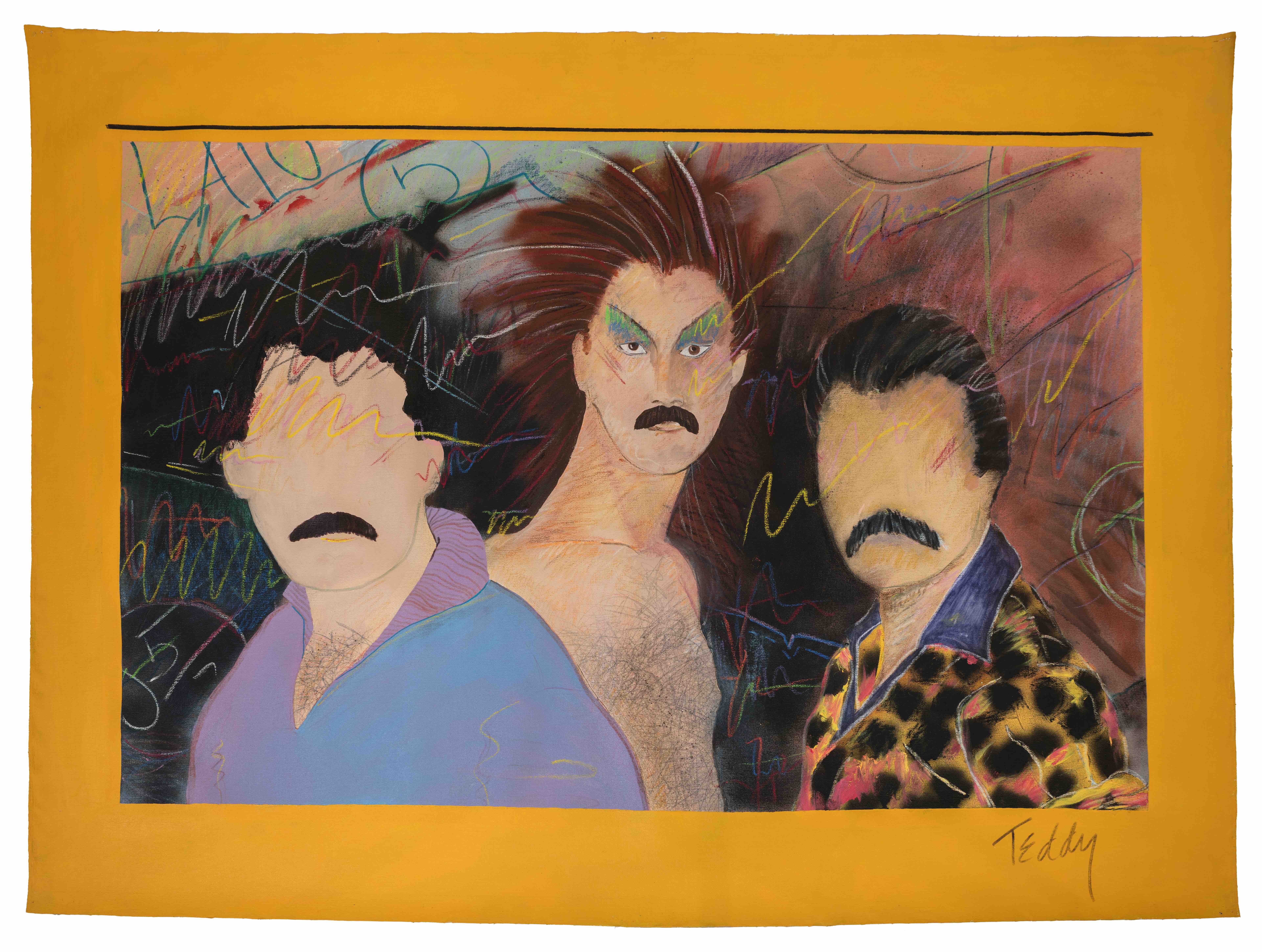 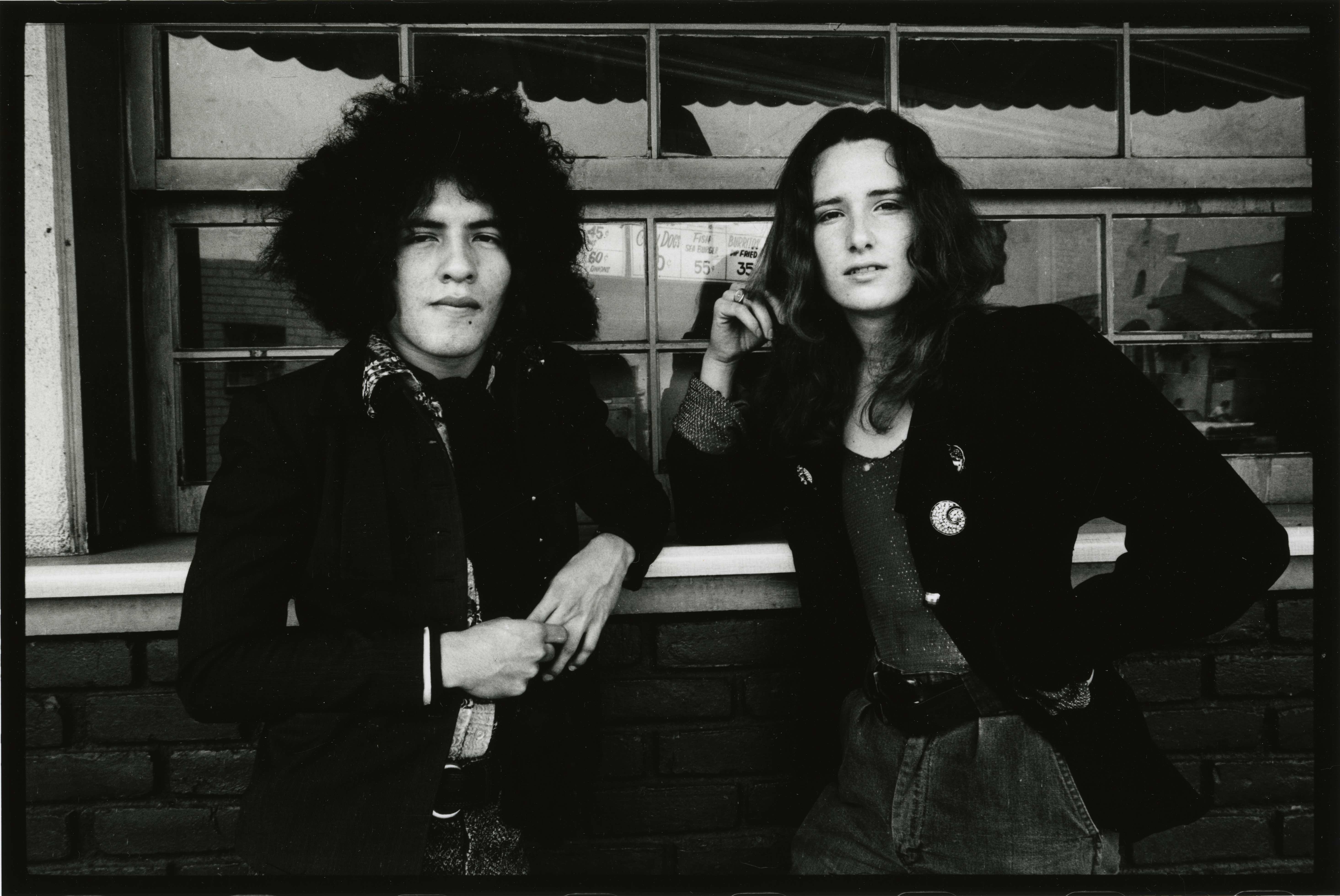 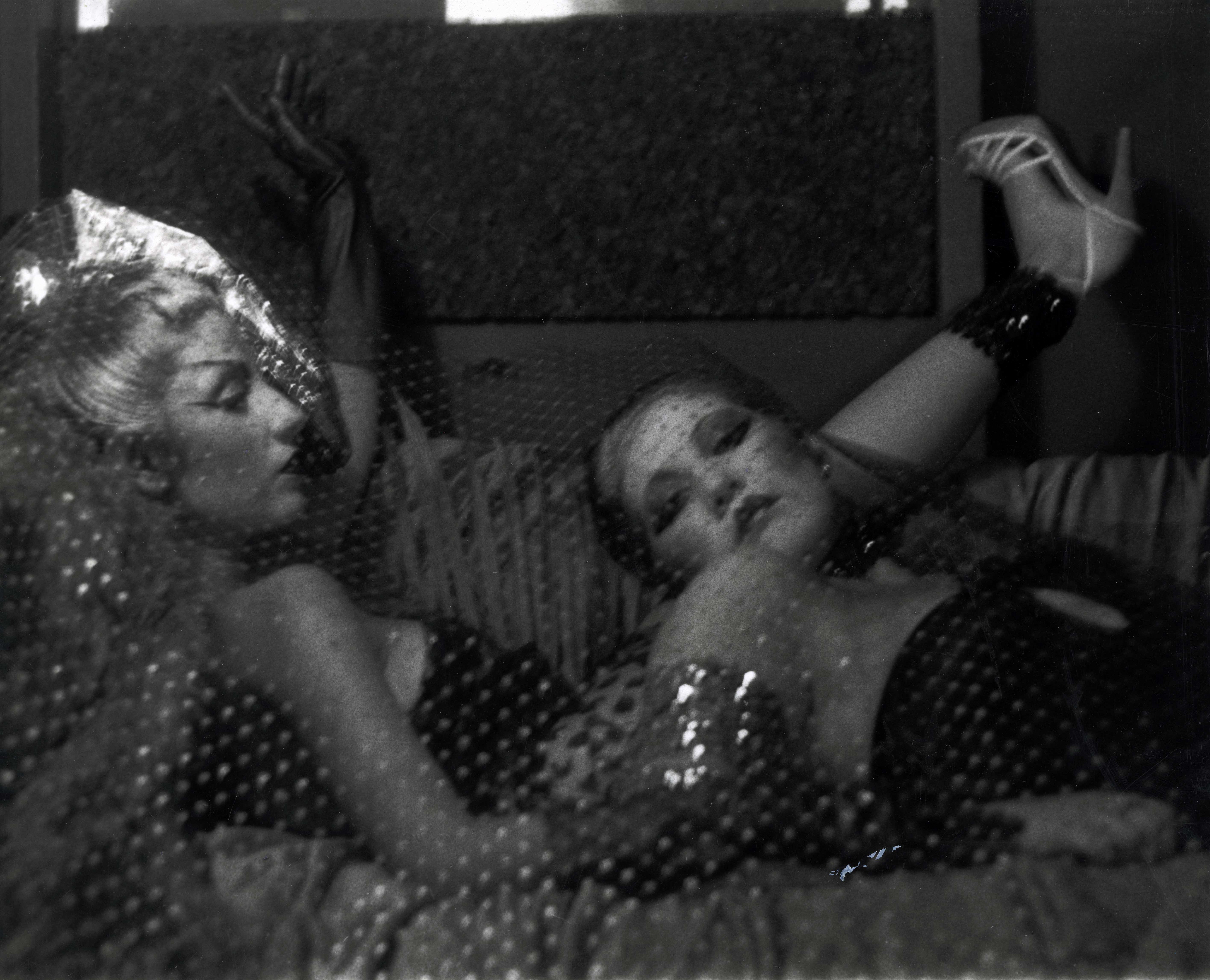 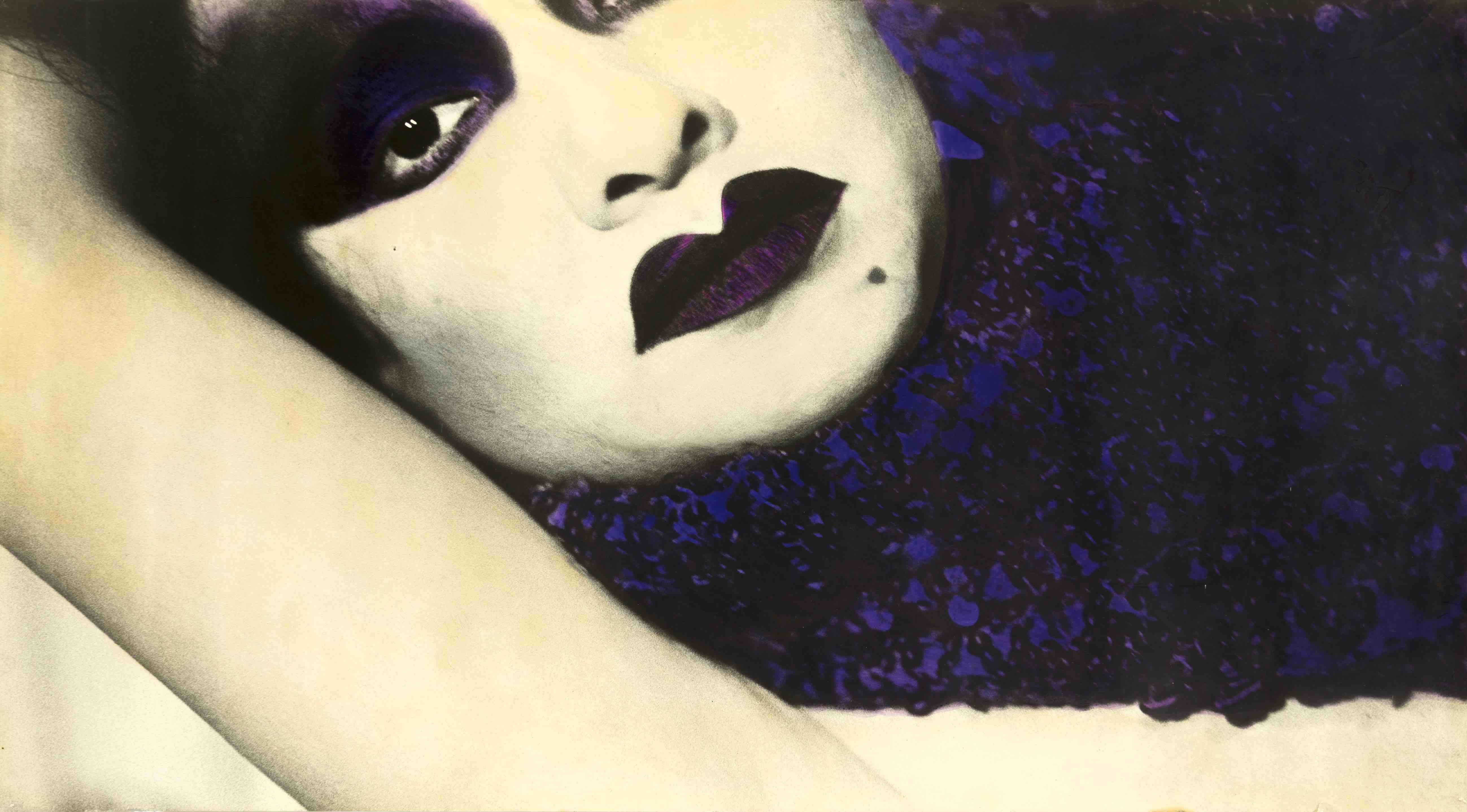 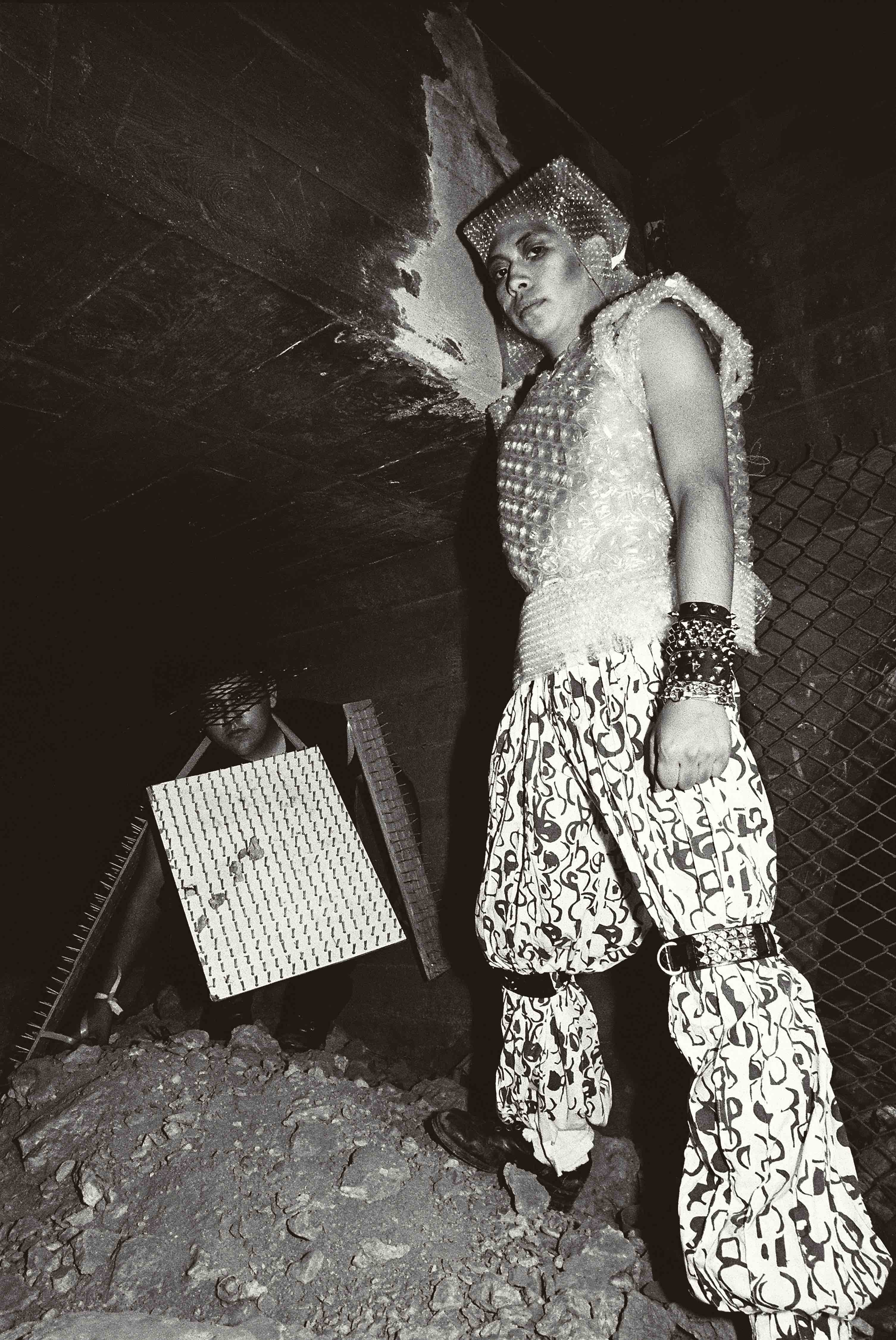 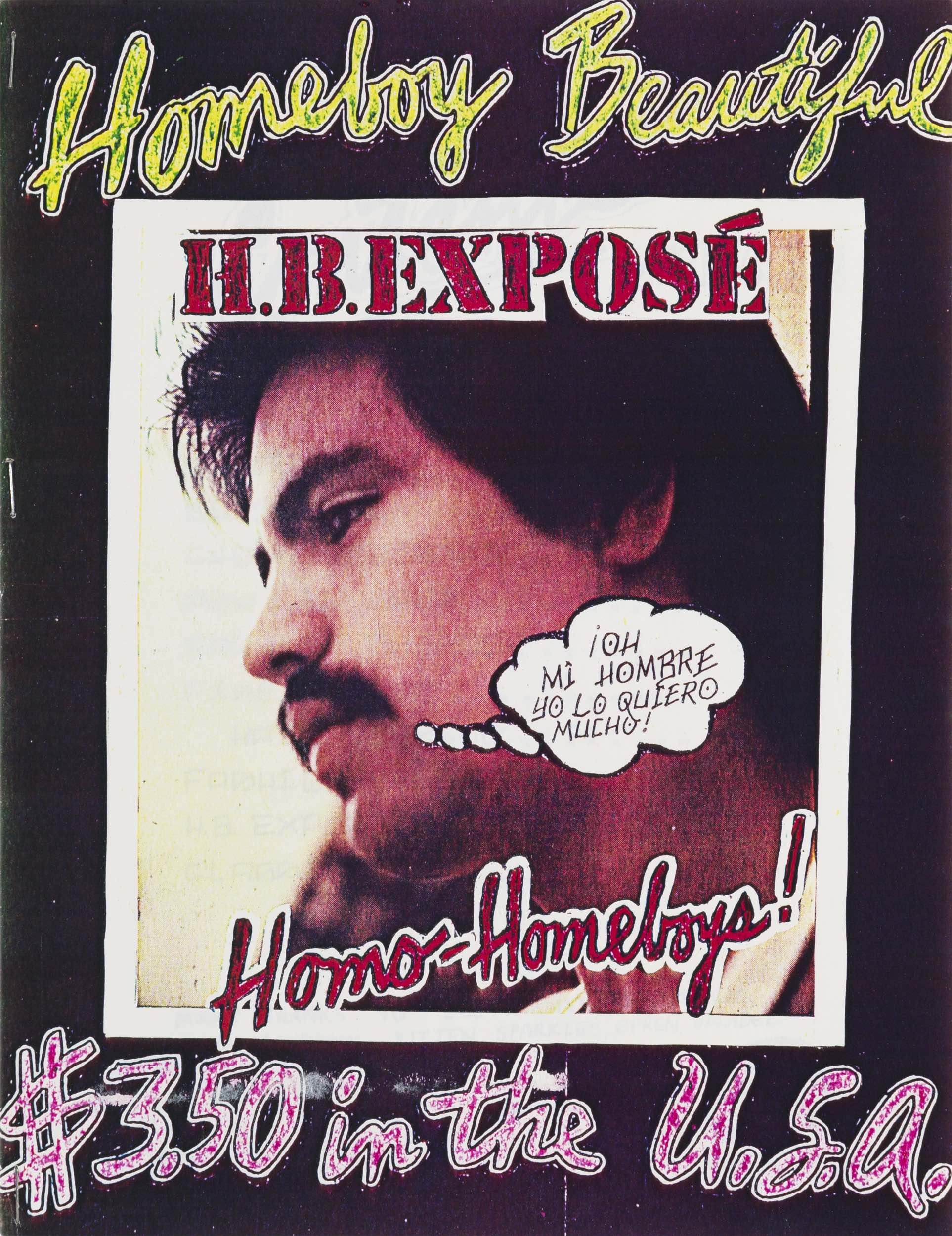 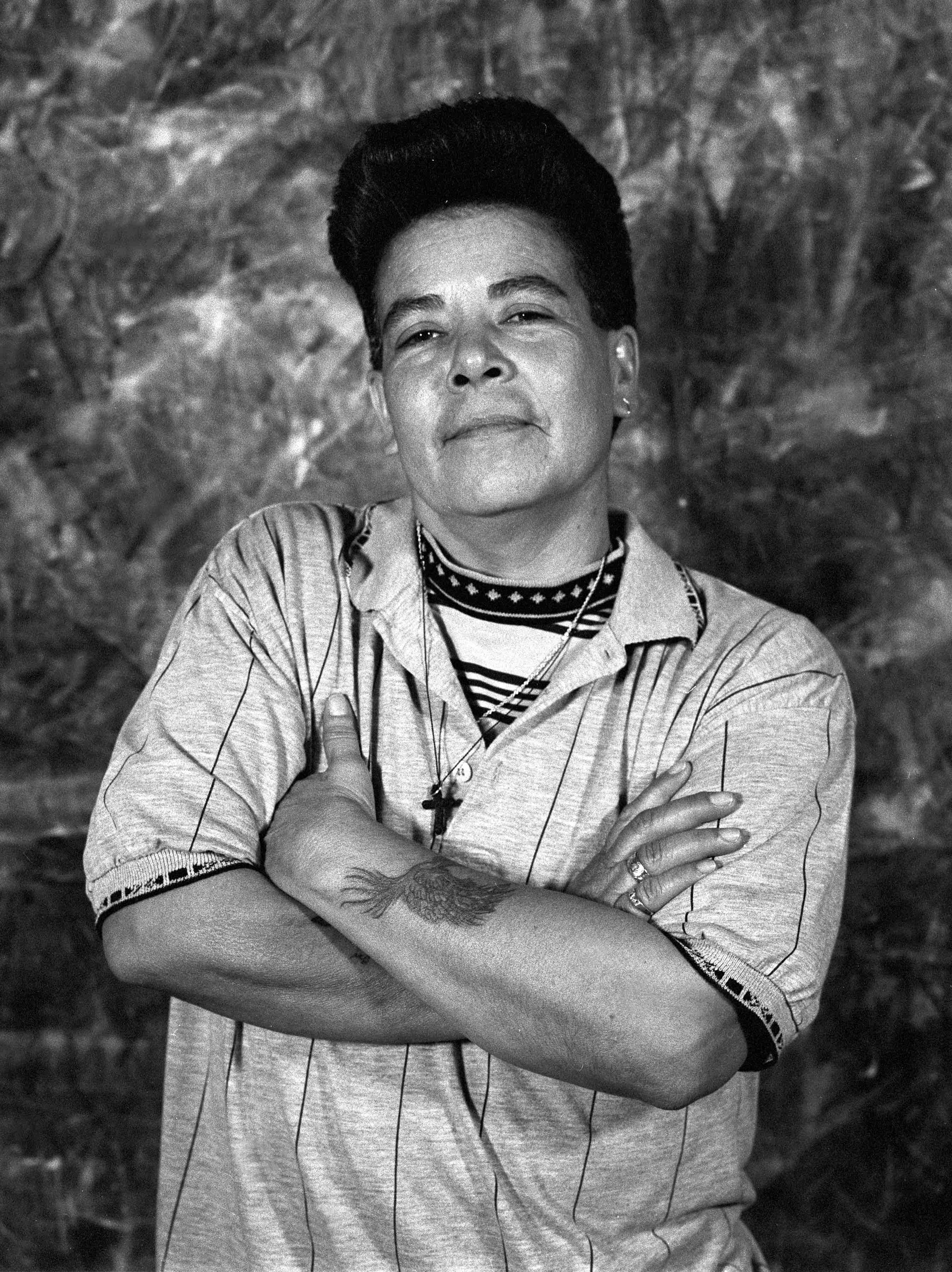 Linkedin
RELATED ARTICLES
OTHER ARTICLES
A group of young Palestinians have found temporary freedom in the act of parkour, reimagining wreckage and ruins as a series of high-octane playgrounds.
By turning a real-life crisis into daytime television fodder, TV bosses have once again shown themselves to be completely out of touch with audiences.
Yesterday thousands gathered outside Buckingham Palace after news of the Queen’s death broke.
With skyrocketing rents, packed out viewings, bidding wars and more, renting in London has never been harder.
Thousands attended the annual event this year to wheelie through the city and call for ‘knives down, bikes up’.
As the Scottish government announces a rent freeze, an activist with Living Rent who fought and won shares how they did it, and what must come next.