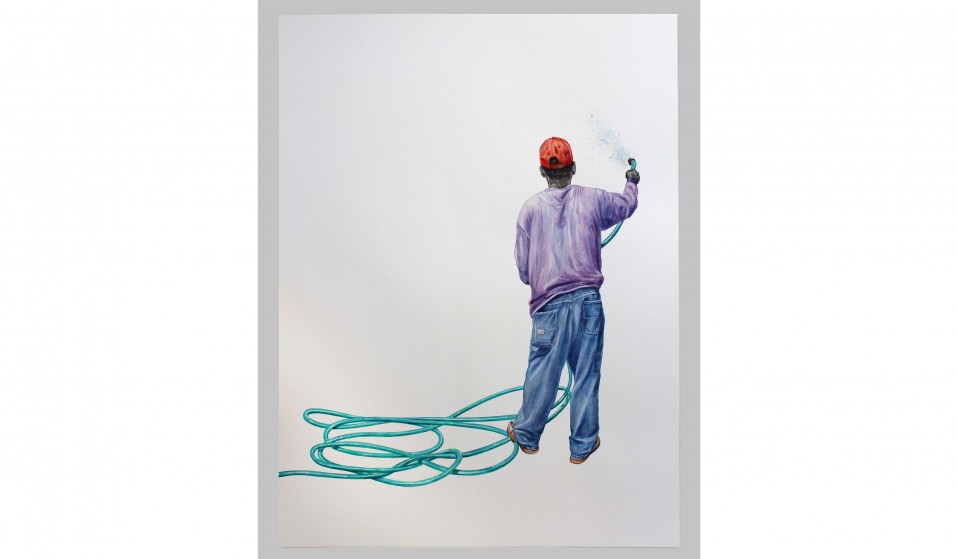 Worn Levi’s 501 jeans, Timberland construction boots, Nike baseball caps and all-American branded caps, tees and sweaters. To the untrained eye, they’re just items of clothing, but to those who can read the symbols, like artist Felipe Merida, they’re a uniform that identifies them as Latinos: hard-working motherfuckers, keeping America moving – largely unnoticed. 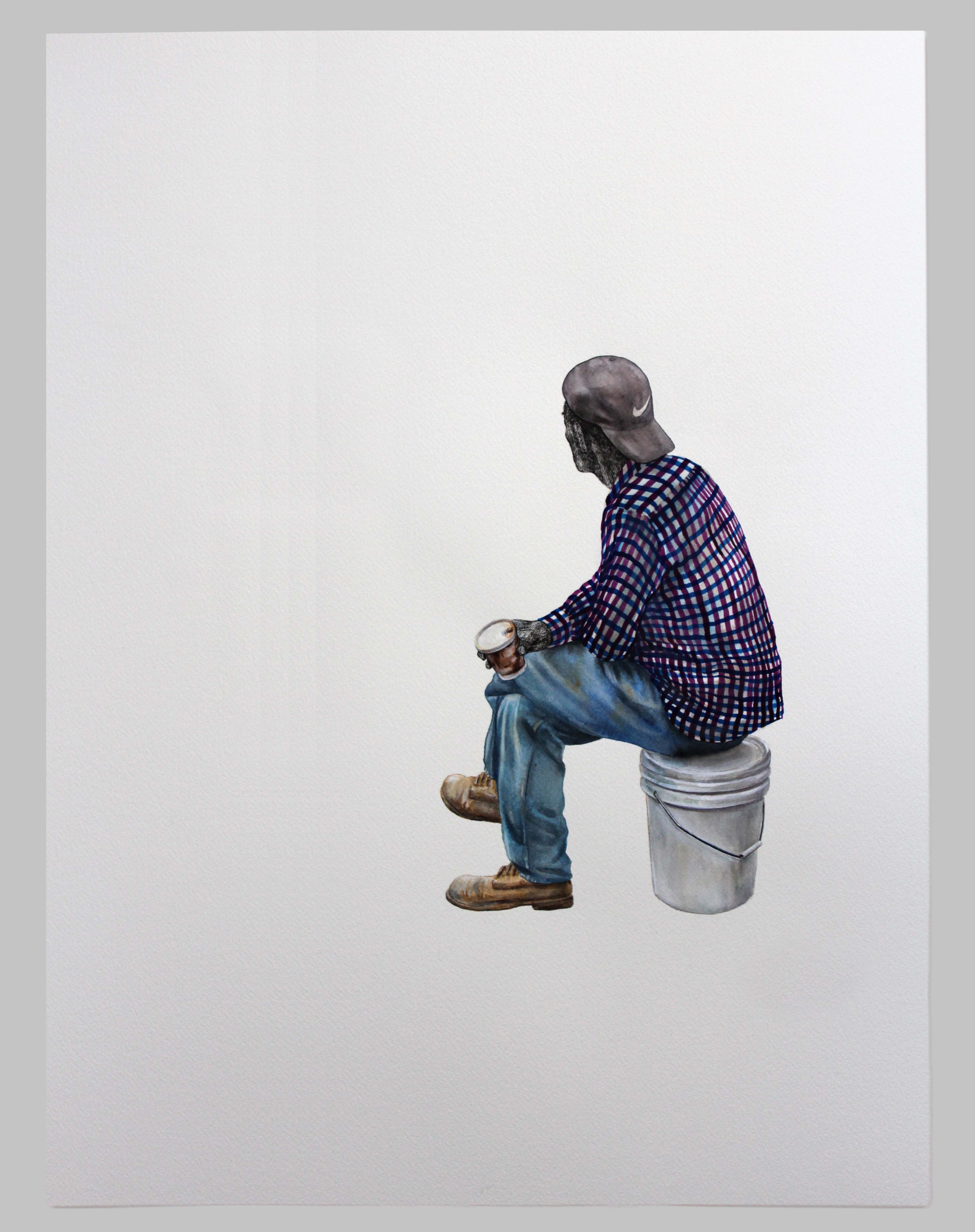 A migrant himself, Felipe’s family moved from Guatemala to San Francisco in 1997 where he went on to study at the San Francisco Art Institute.

Latinos USA is a series of portraits made from anonymous photographs Felipe took around his Brooklyn neighbourhood. His attention to detail brings to life the character of each worker through their dress, the two cultures that come together in them and quietly celebrates the Latin community’s contribution to America.

What is Latinos USA all about?
The collection is a nostalgic reminder of my roots. Coming from a central-America Latino background I am taken back to my childhood. Their work ethic is admirable, the importance of earning money for their family is so noble – this collection is to celebrate them. 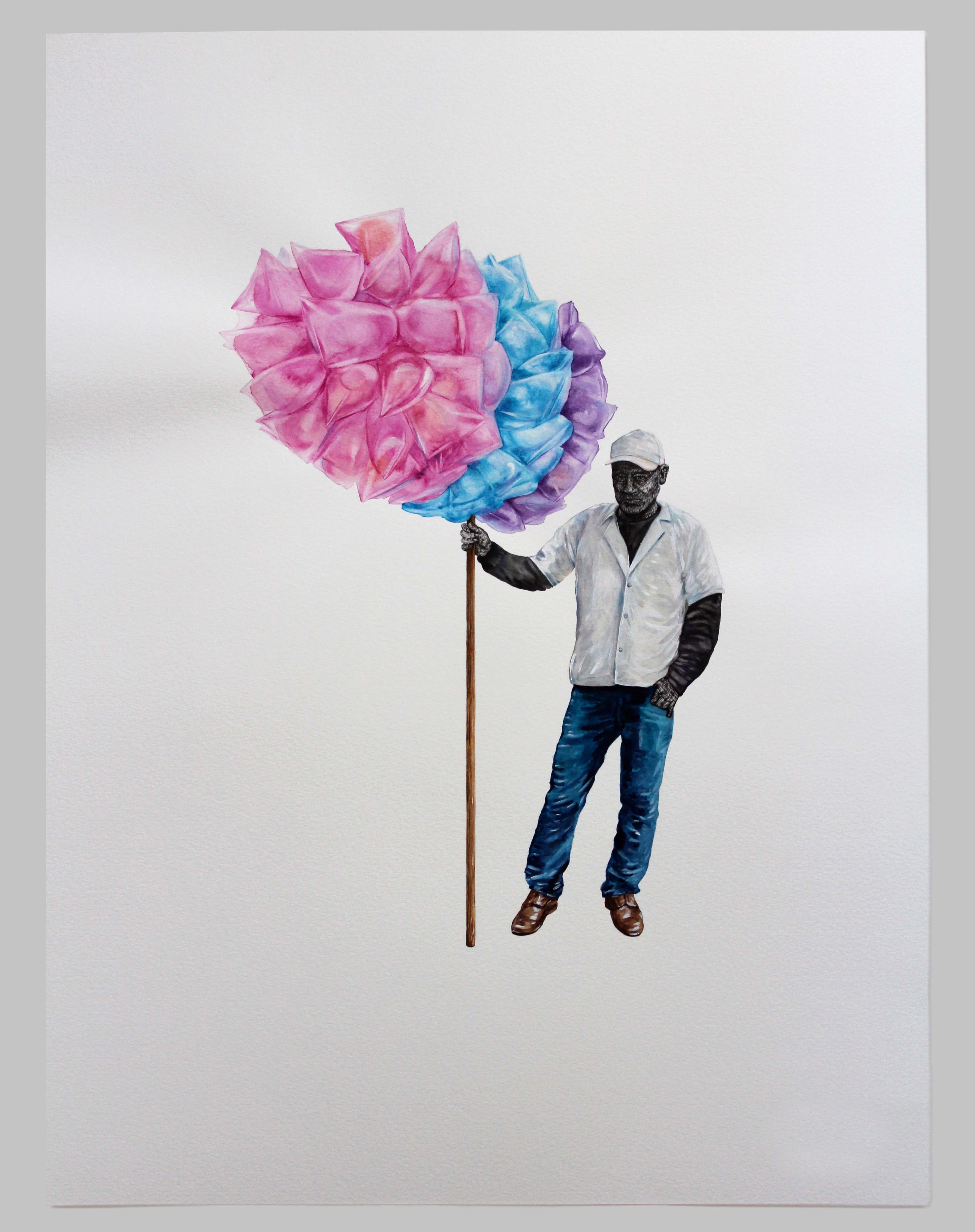 What drew you to the people you chose to paint?
I am attracted to their style. My work is detail orientated, I aim to capture the texture of the textile, the facial expression in strokes of ink, the material of the shoes, age and other defining characteristics in each portrait. 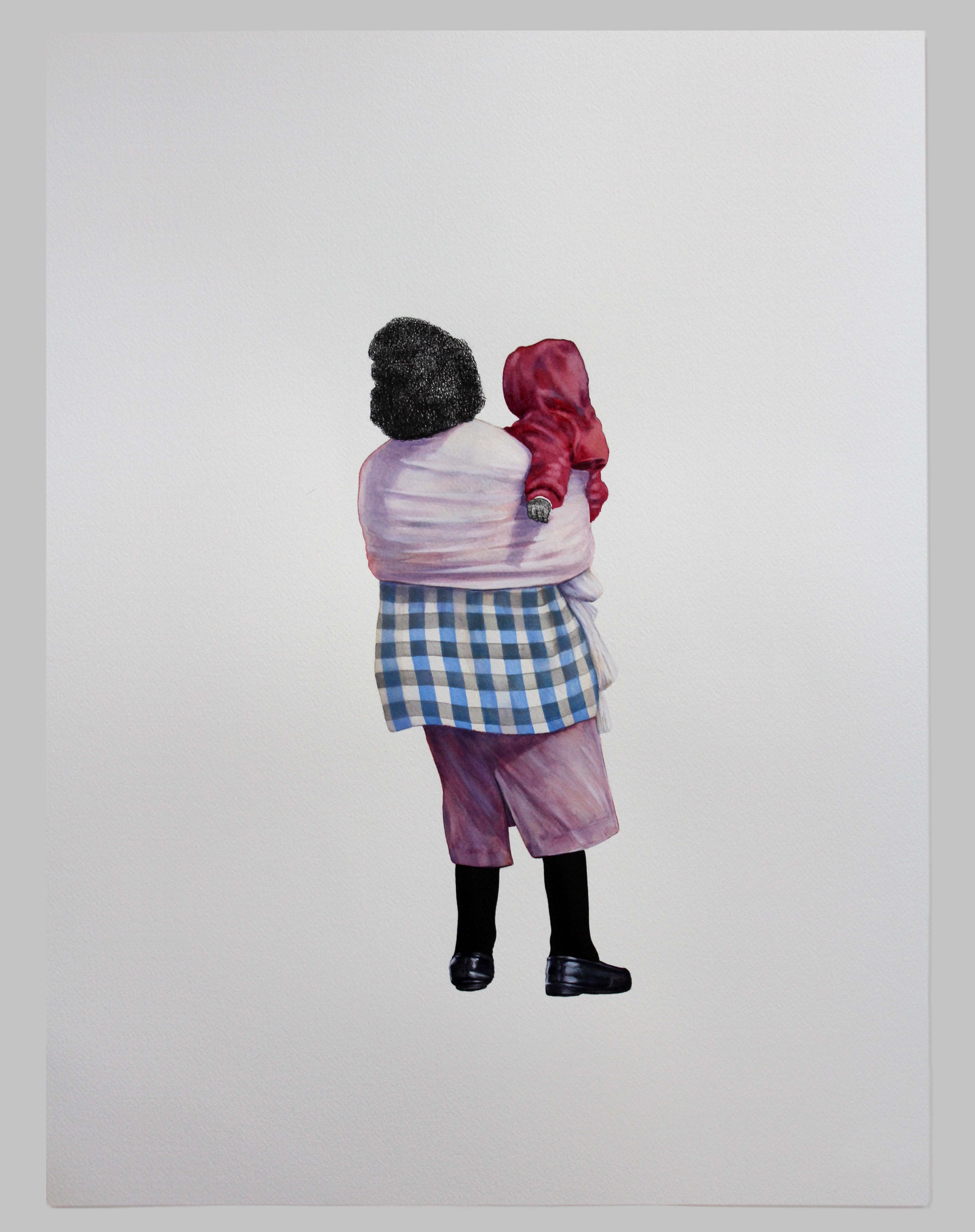 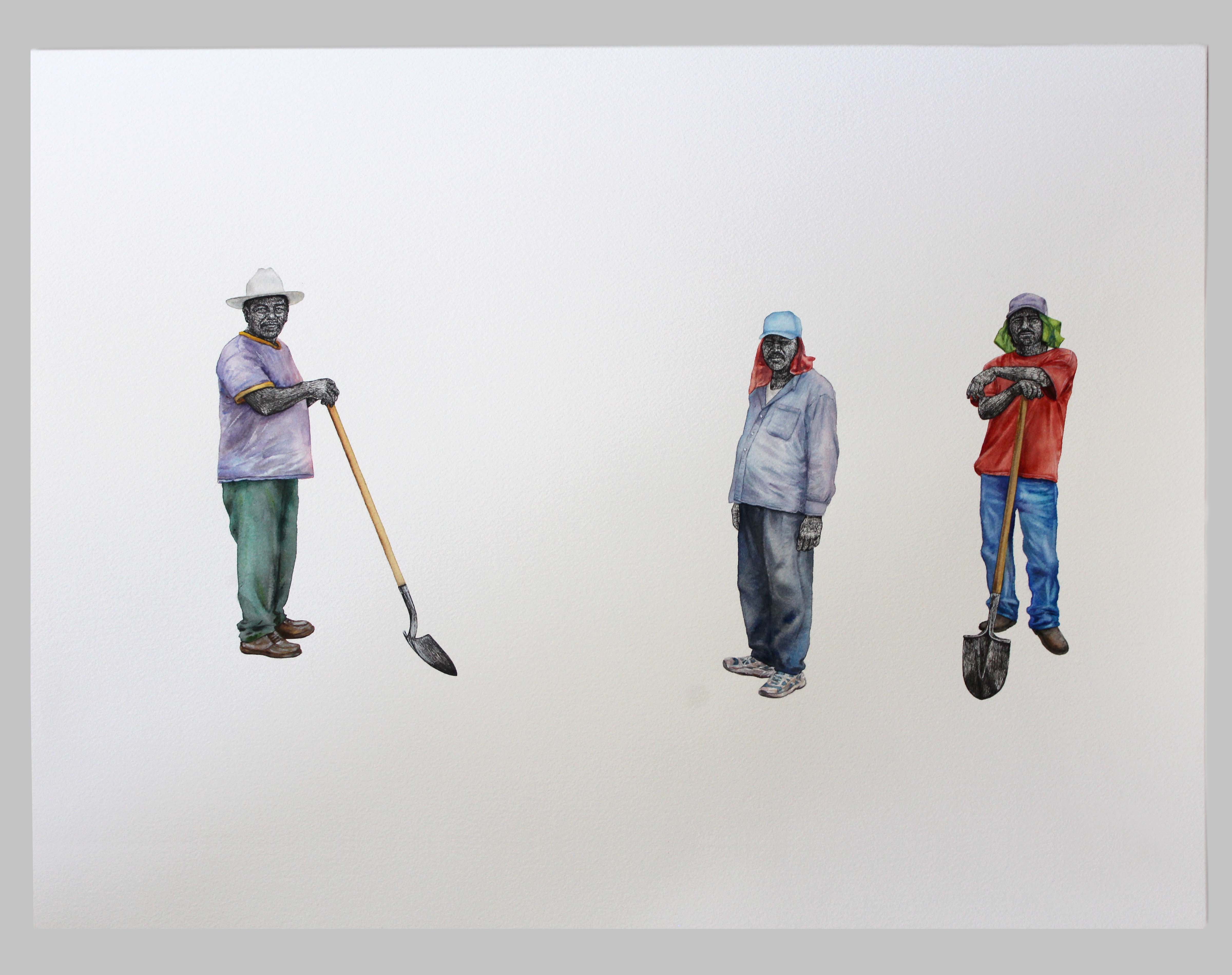 What’s the most important thing you learned or the most poignant moment/interaction you experienced in putting together the series?
Other than my own nostalgia for the culture, I learned to pay even more attention to detail. The smallest detail can make the painting more authentic. Most of the portraits are from behind, so I needed to capture the culture without using facial features. Hence the importance of the details. 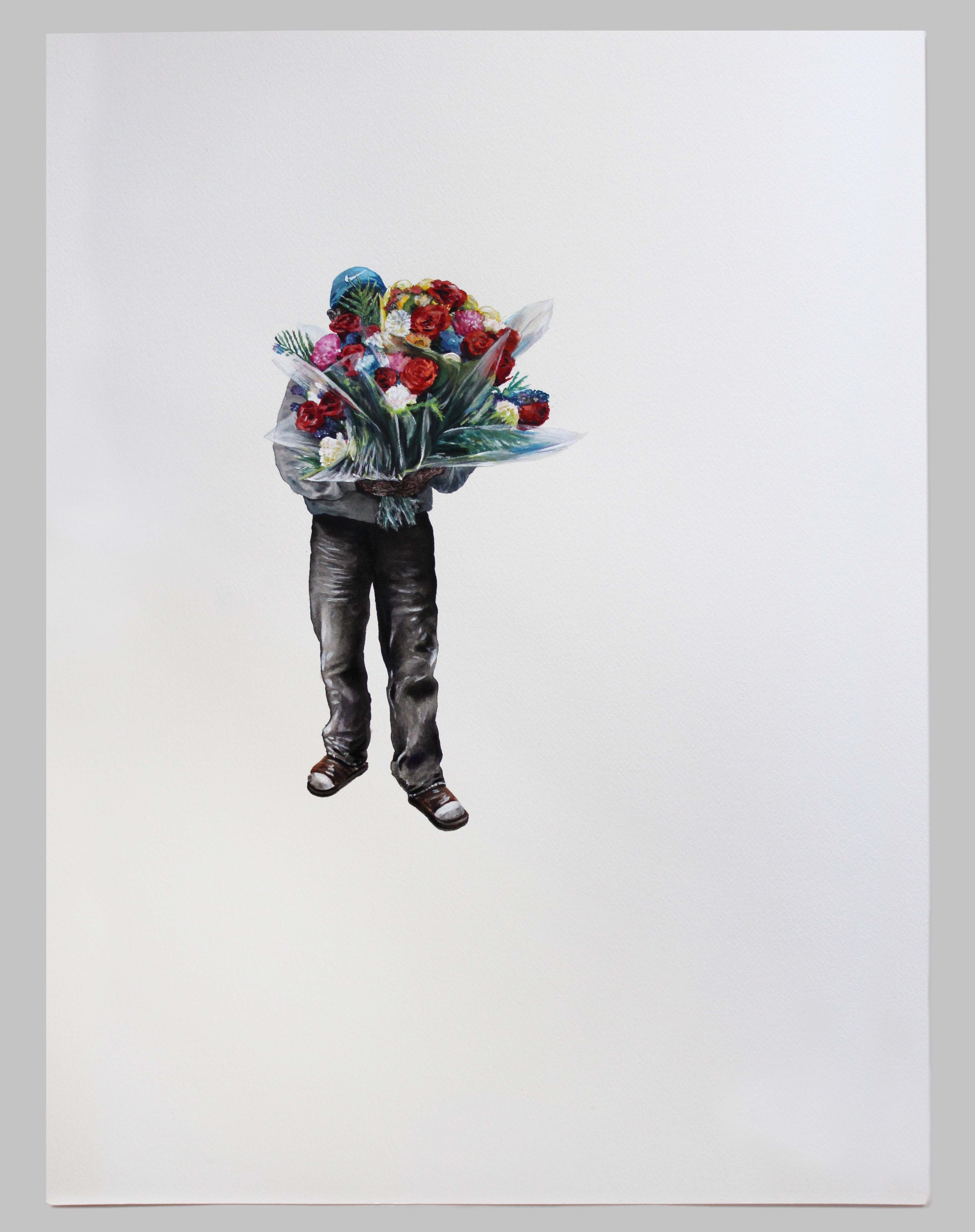 Do you feel Latinos’ contributions to American society are adequately recognised?
Without generalising, Latinos are happy to have work, rather than being too selective about the work they do.Their work ethic is focus on providing for the family… In some ways I don’t think they are too concerned with being recognised for their work – family is the focus. 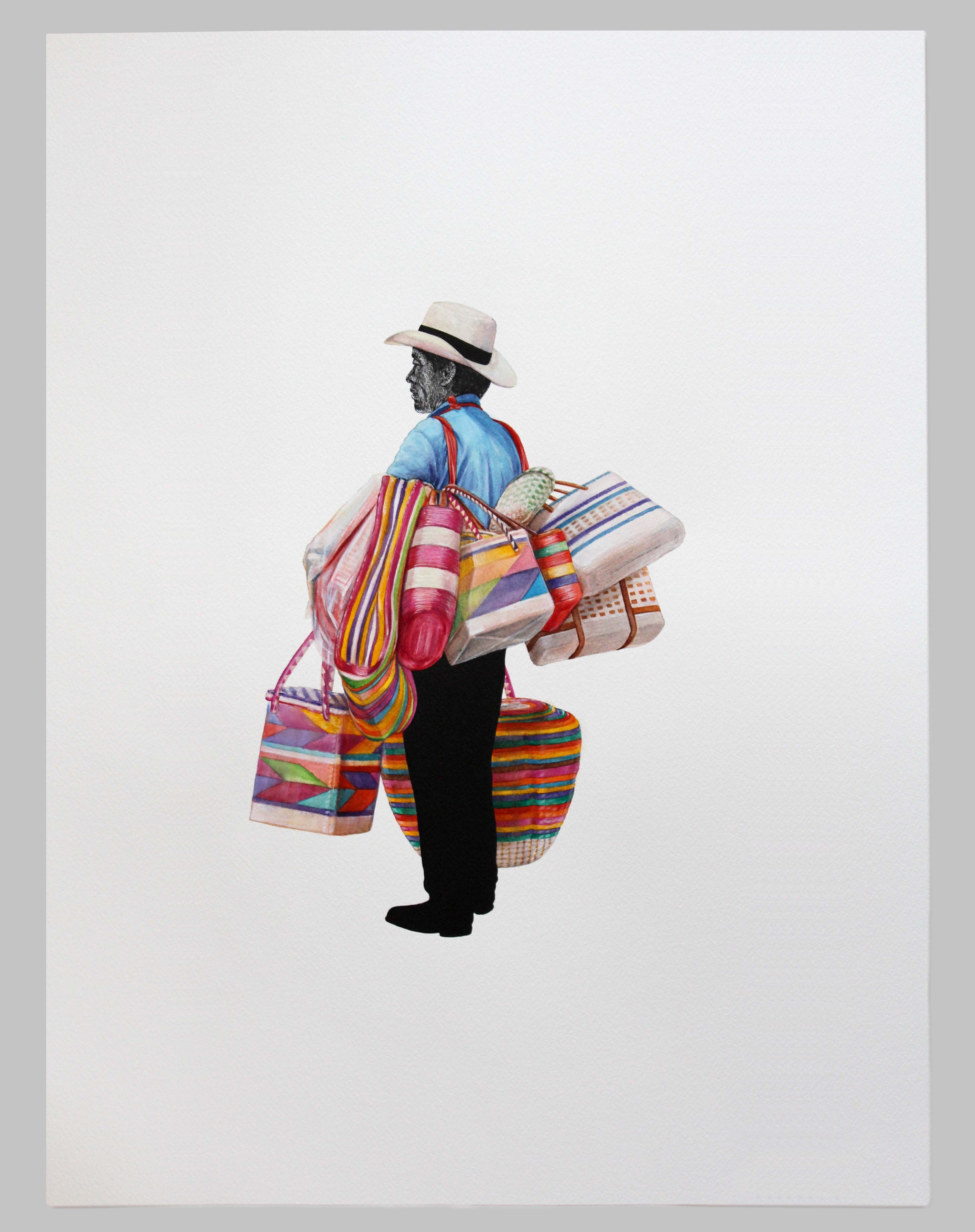 Donald Trump’s recent comments suggest Latinos are still not accepted by large sections of American society. How long do you think it will take for Latinos to be accepted as Americans, like the Irish and Italians have been, finally?
Living in New York City I don’t have a sense that Latinos are not accepted. In this multicultural city, we are all finding our own direction. In other states of America, there is a lot of cultural unrest, not only Latinos, but many other races are still not accepted even if you are born American. This may never fully change. 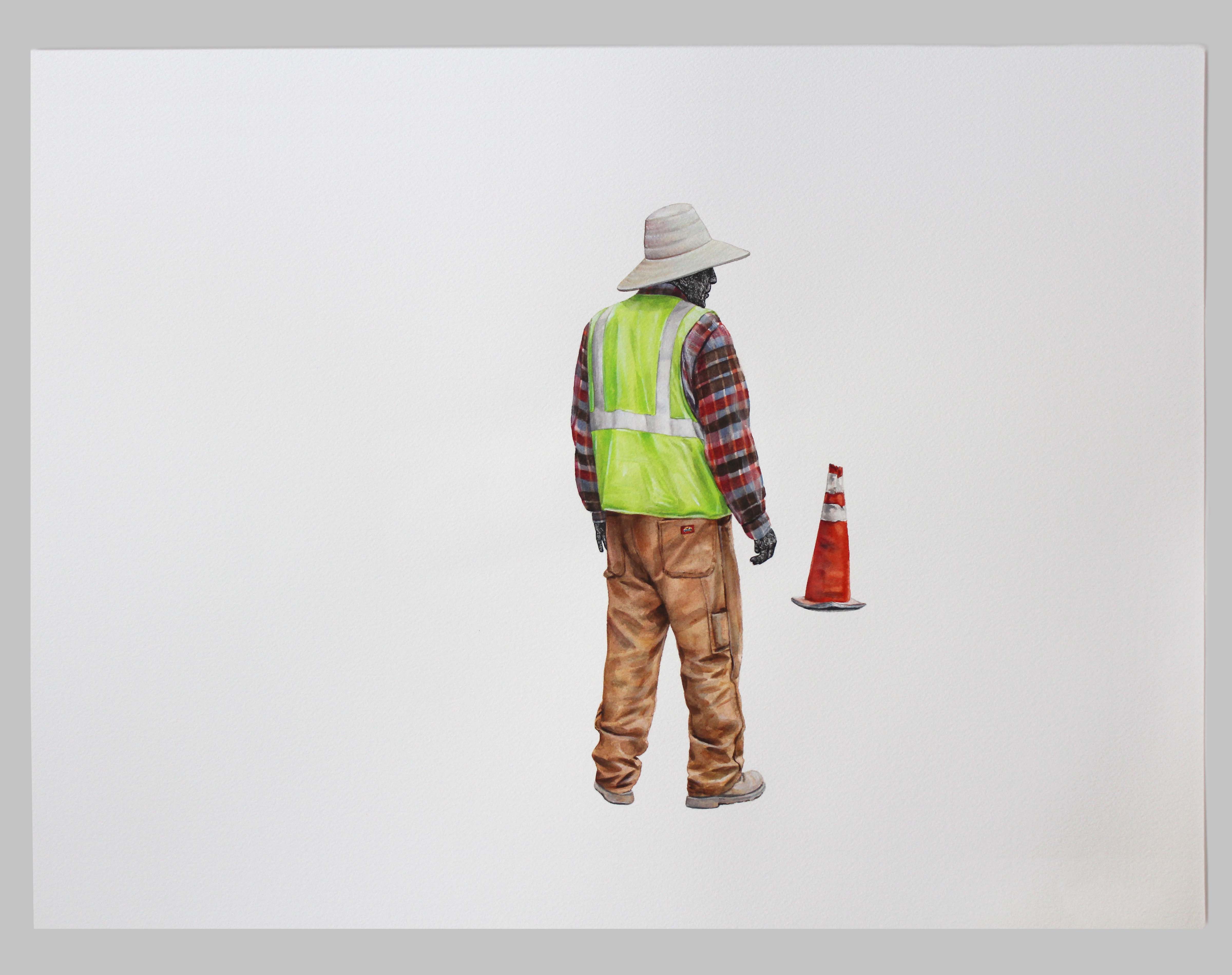 What role does art have to play in breaking down those barriers?
Art is a means of publicity, highlighting society and life. If it falls in the eyes of the right people, it may increase awareness, others may just appreciate its beauty. I believe each individual brings their own thoughts and reactions when studying art, the artist is not in control of that.

Linkedin
RELATED ARTICLES
OTHER ARTICLES
Yesterday, rail workers came together to protest poor pay, working conditions and job cuts in their latest round of strikes.
A new series of photos by Johny Pitts shines a light on communities and subcultures that have all too often been overlooked.
Photojournalist Fiora Garenzi spoke with people still living in Eastern Ukraine, an area which seen some of the heaviest fighting since the war began.
Last week, Tower Hamlets council removed its nudity-restricting licensing conditions in a huge win for London’s kink community.
In the latest instalment of Photographers in Conversation, the creator talks portraiture, platforms and taking inspiration from Little Simz.
As the Criminal Bar Association enters its fifth week of action, criminal barrister Russel Fraser explains why the legal professionals have walked out and how action is likely to escalate.