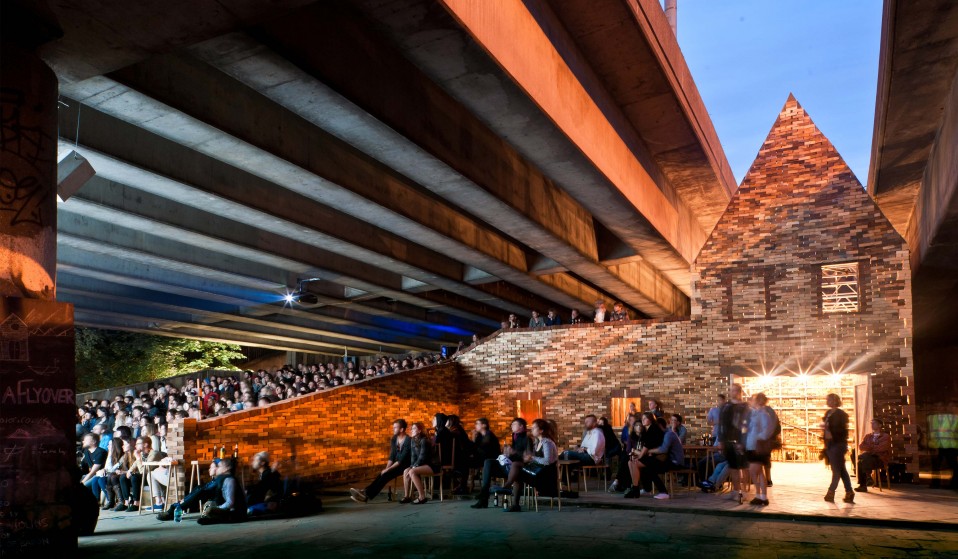 Turner Prize-winning Assemble collective’s Mat Leung changed how we think about community in a thought-provoking discussion at FutureEverything festival.

As human society continues to grow, conflicts around the finite resources we have at our disposal seem certain to increase. But how can we balance each community’s needs for space, resources and autonomy, with the ever-shrinking space to breathe? How can we avoid a dystopian future where nobody has enough – or where powerful groups monopolise control over what’s left?

These were the questions posed at FutureEverything festival’s Community panel, and who better to answer them than Assemble collective? Assemble’s collaborative approach to architecture and urban development puts local people at the heart of development, implementation and ultimately the long-term life of each project. They work on sustainable principles, choosing where possible to work with pre-existing local materials, reusing or repurposing them to better serve the area’s needs.

Assemble hit the headlines earlier this year when they became the first collective to win the Turner contemporary art prize for their Granby Workshop project, where they created jobs through and rebuilding a neglected area of Liverpool from the grassroots up. Comprised of 18 members, the London-based collective spans art, architecture and design, and have worked together since 2010, when they transformed a derelict London petrol station into a cinema called The Cineroleum.

Assemble are used to working with a variety of partners across different disciplines, but architect Mat Leung’s lively discussion with Sarah Kember, Professor of New Technologies of Communication at Goldsmiths, University of London and Madeline Ashby, a science fiction writer, futurist and speaker, forced him to look at Assemble’s work through a new lens and think about the many layers to community.

Here’s what we learned.

1. Dystopia is in the eye of the beholder 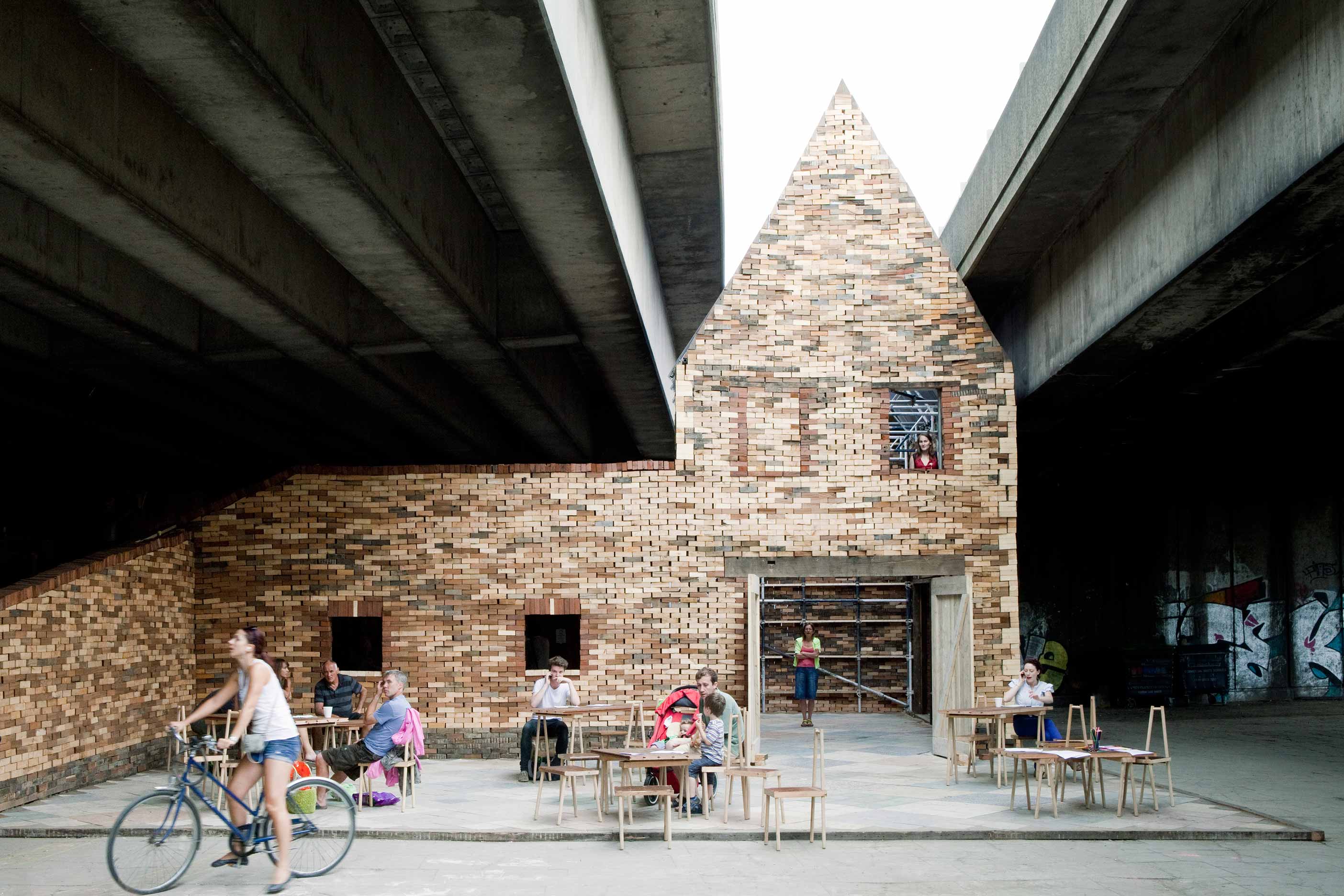 “Our projects tend to spring out from places which are post-industrial or infrastructural, because they’re not seen as precious,” Mat explains. “In the beginning, we chose those uncontested pieces of land because they gave us the opportunity to do self-initiated projects. But much of what we do is essentially telling a different story about the same place – which is as much of a challenge as the physical design.”

Assemble’s Folly for a Flyover project took an unloved and neglected piece of land under a flyover on the A12 in London, built a mock-brick house, screened films and hosted a series of temporary events. They weaved a new story for the space: that of a stubborn householder who wouldn’t move their home when the motorway came rolling through.

“We were trying to say that space was actually a really interesting public space and create a new narrative for it,” Mat explains. “All we did was build a wooden structure and run some events, but that made a statement. It helped redefine what made the location appear threatening or not very attractive as positive things: it’s by the canal, it’s out of the way, it’s undercover – all those things are actually really great components for a public space.” 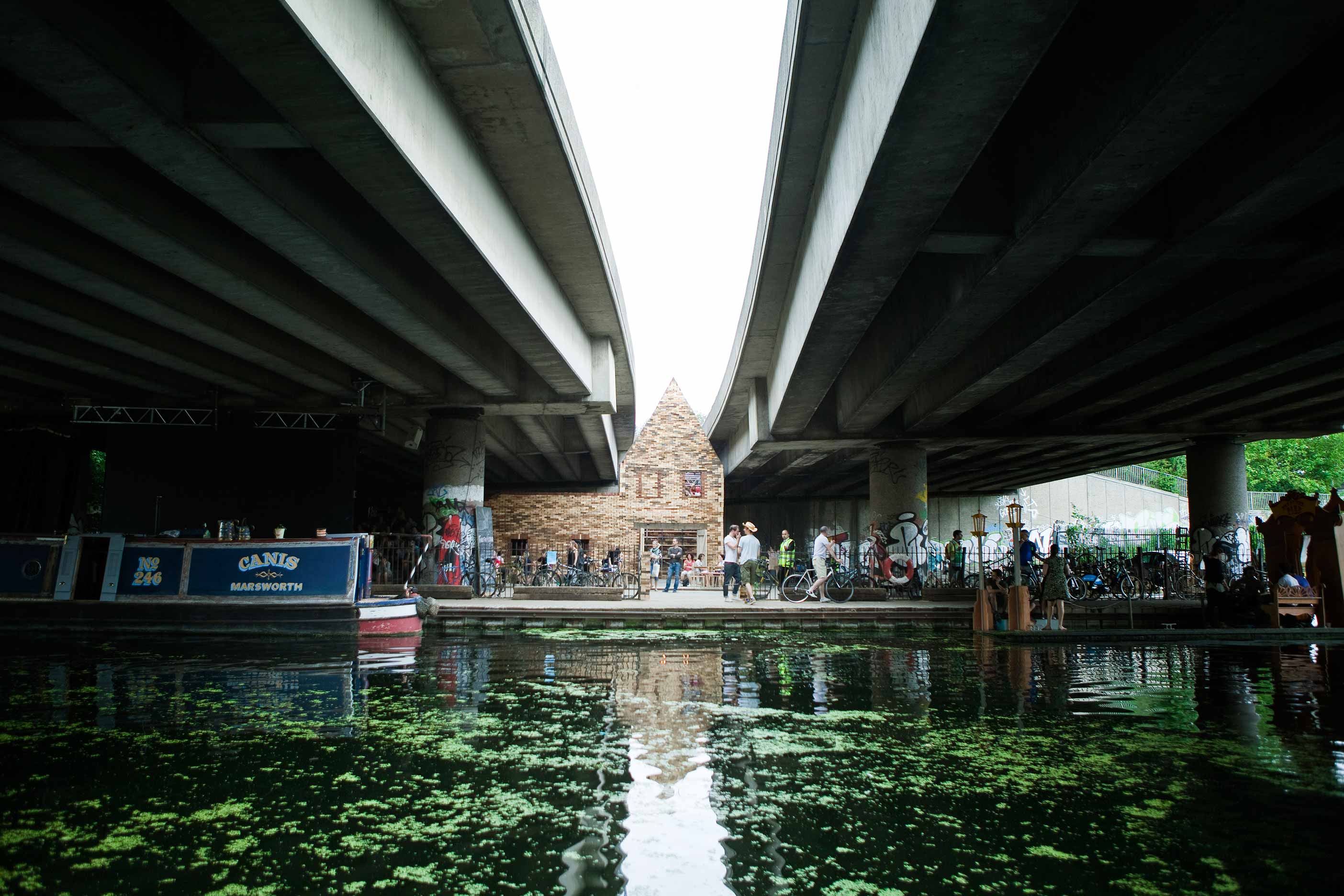 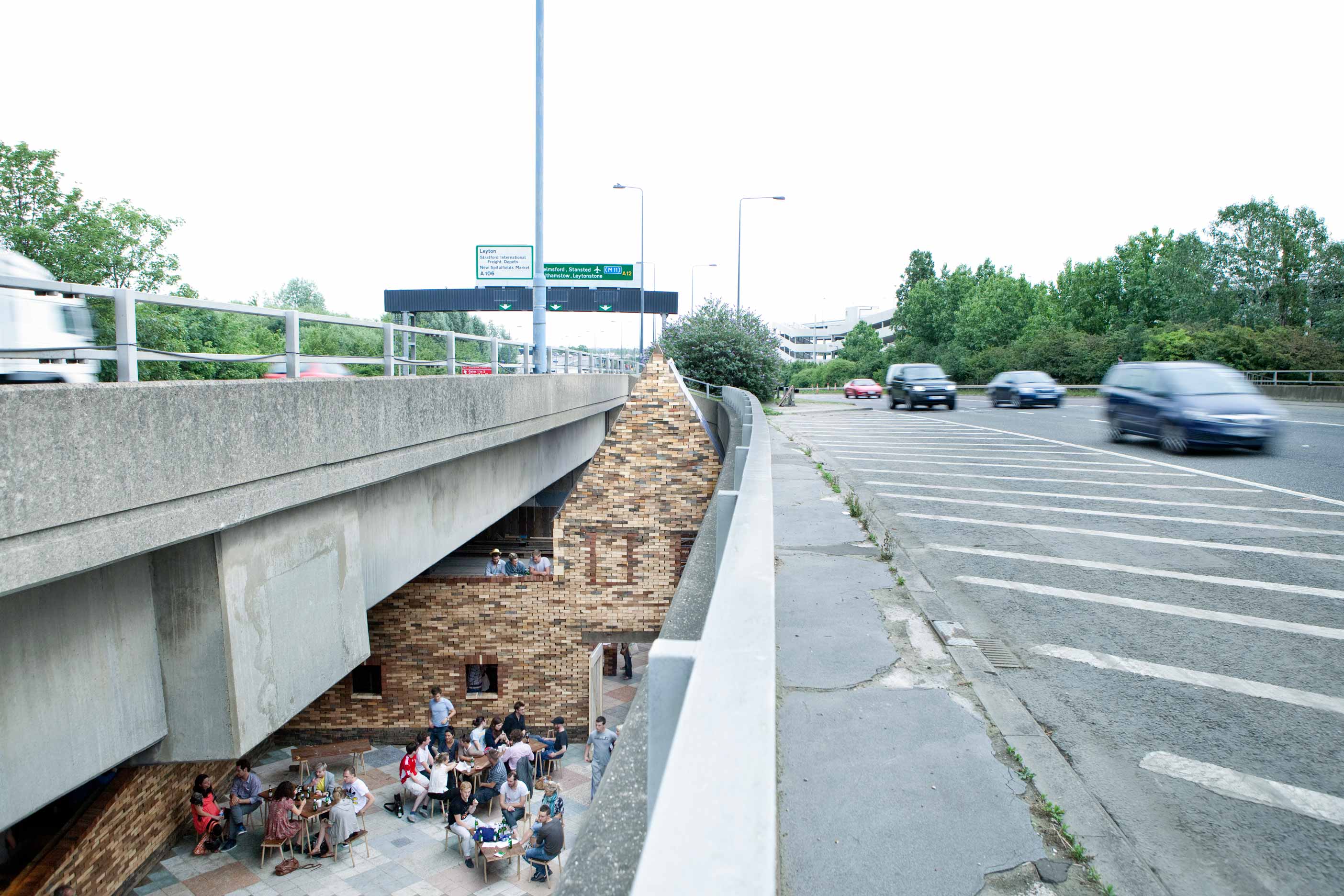 2. Community comes in many shapes and sizes

“[Sarah, Madeline and Assemble] understand community not as a monolithic term, obviously there are loads of different elements to it,” Mat explains. “The term community is difficult because it assumes a single kind of identity, but together we wanted to interrogate that.” Multiple communities can exist simultaneously and overlap in a given area, such as a community of residents, who Assemble empowered through the Granby Workshop project in Liverpool, or a community of makers and artists, who they worked with on the Blackhorse Workshop project in East London. 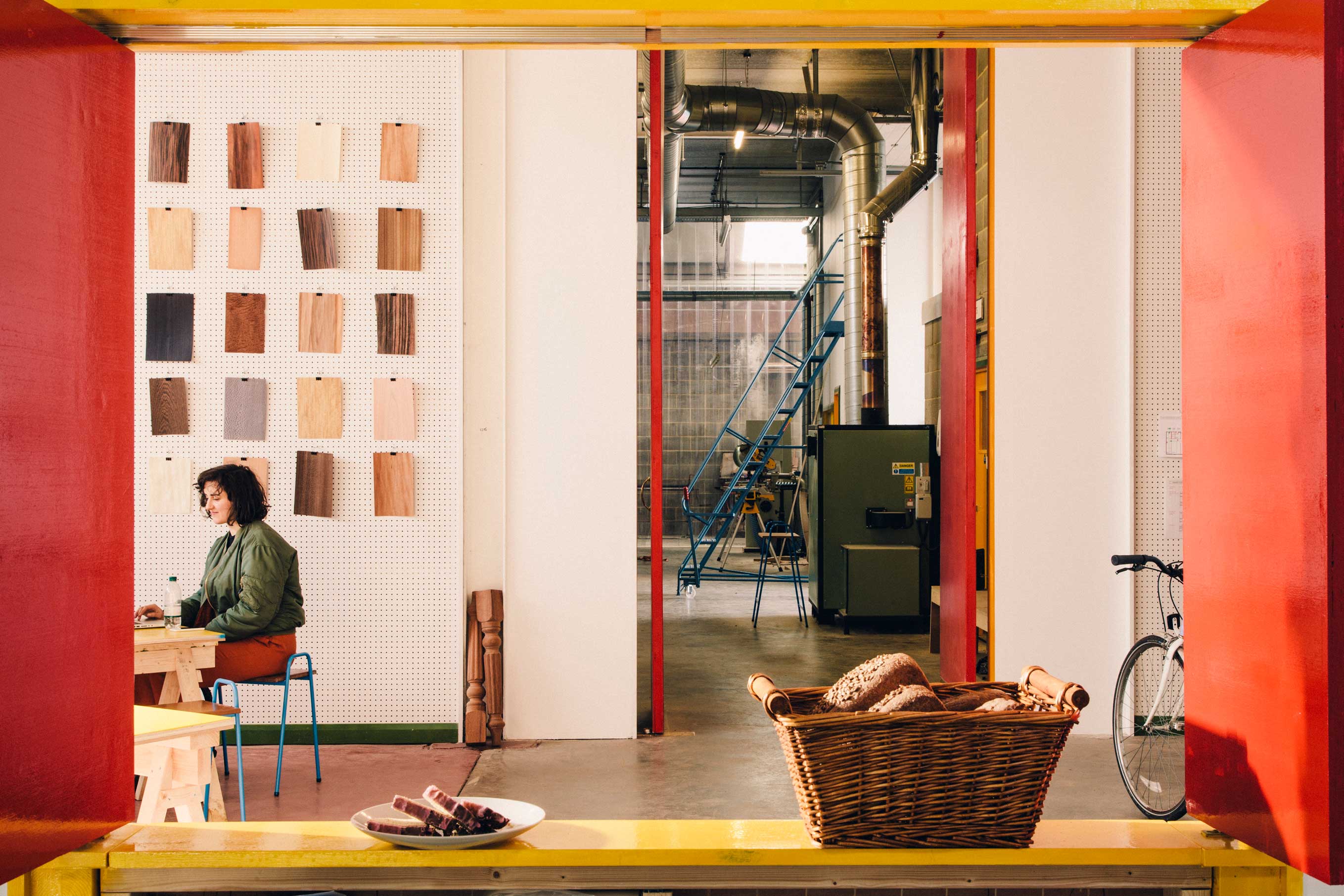 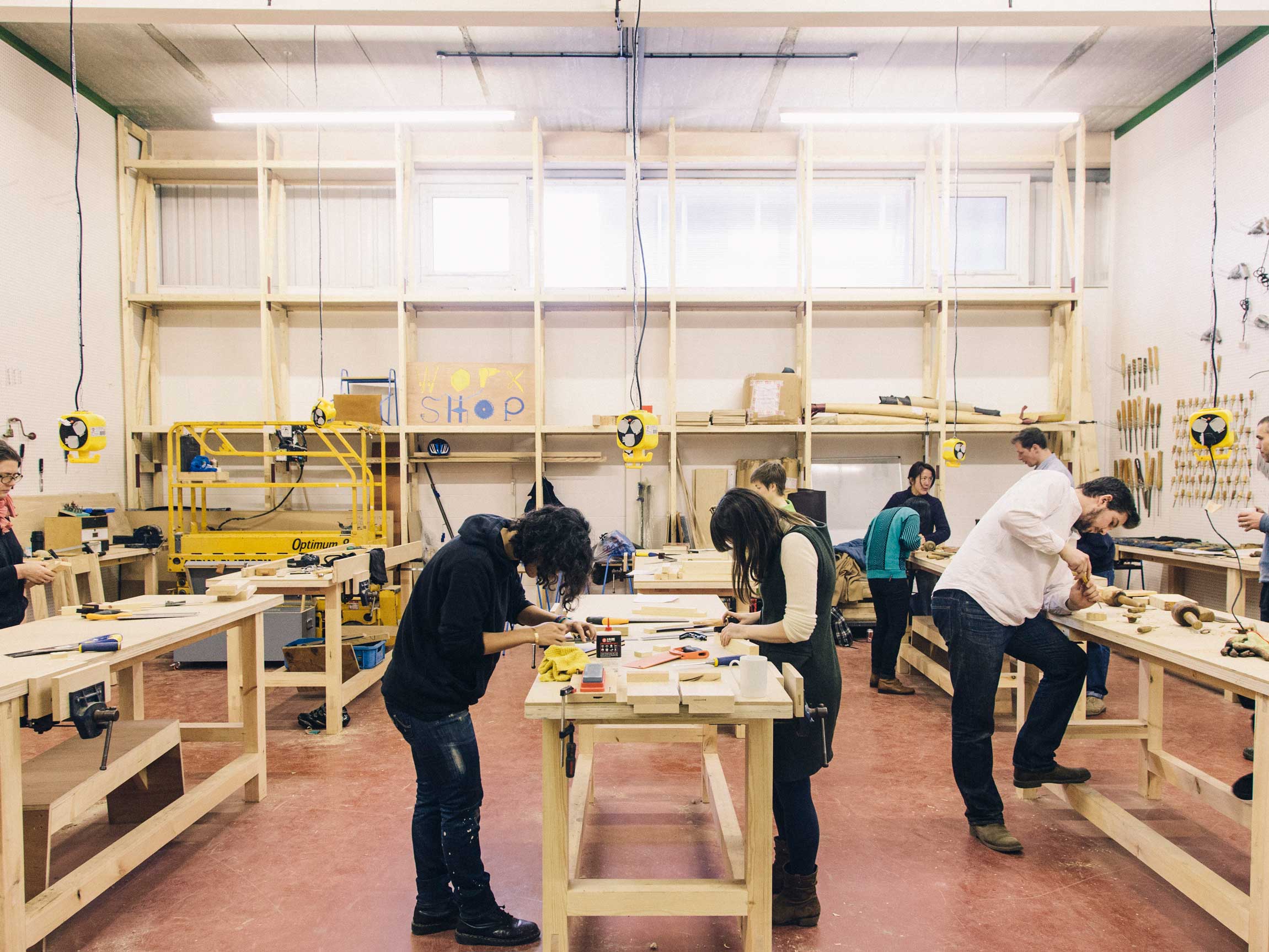 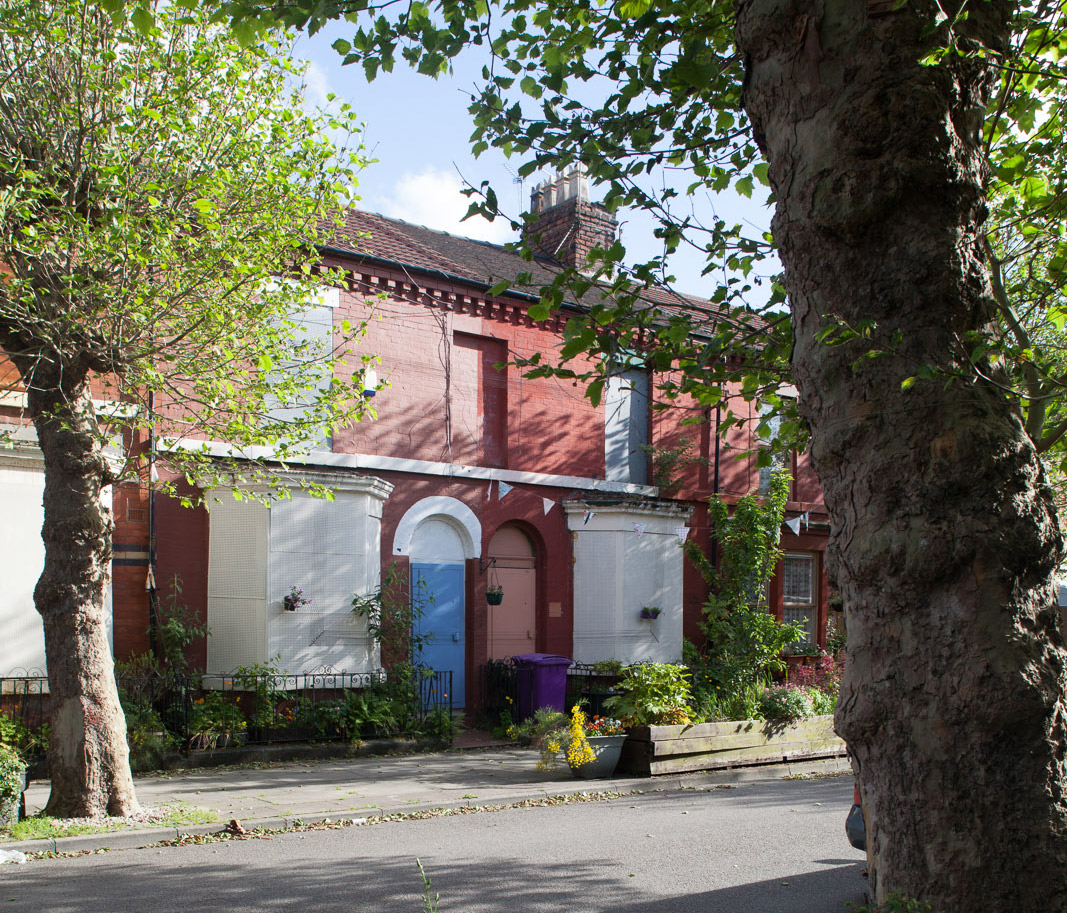 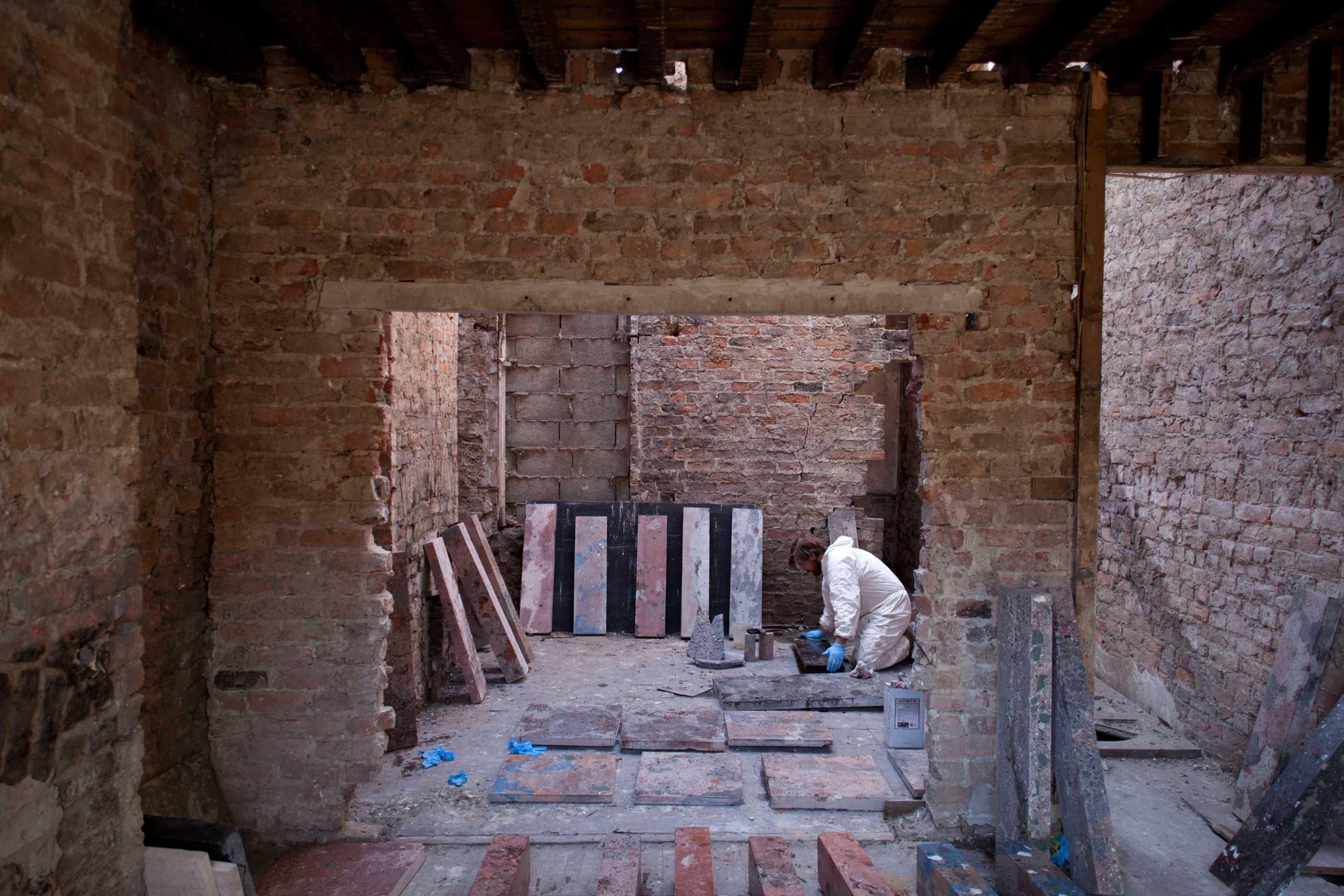 “Our successful collaborations come from an understanding that there’s a diversity of stakeholders, skills and knowledge,” Mat explains. “We’re interested in a broad range of things, but we acknowledge we’re not amazing at everything. Each different member of Assemble has their own training and expertise, but when we work with a community, people who’ve been there for 15 years know more than we do – they’re experts in a different way. They might not know about which materials to use for a given job, but they can tell you the effect of a layout or the practical implications of what you’re doing. You have to acknowledge that people are experts in different fields”. 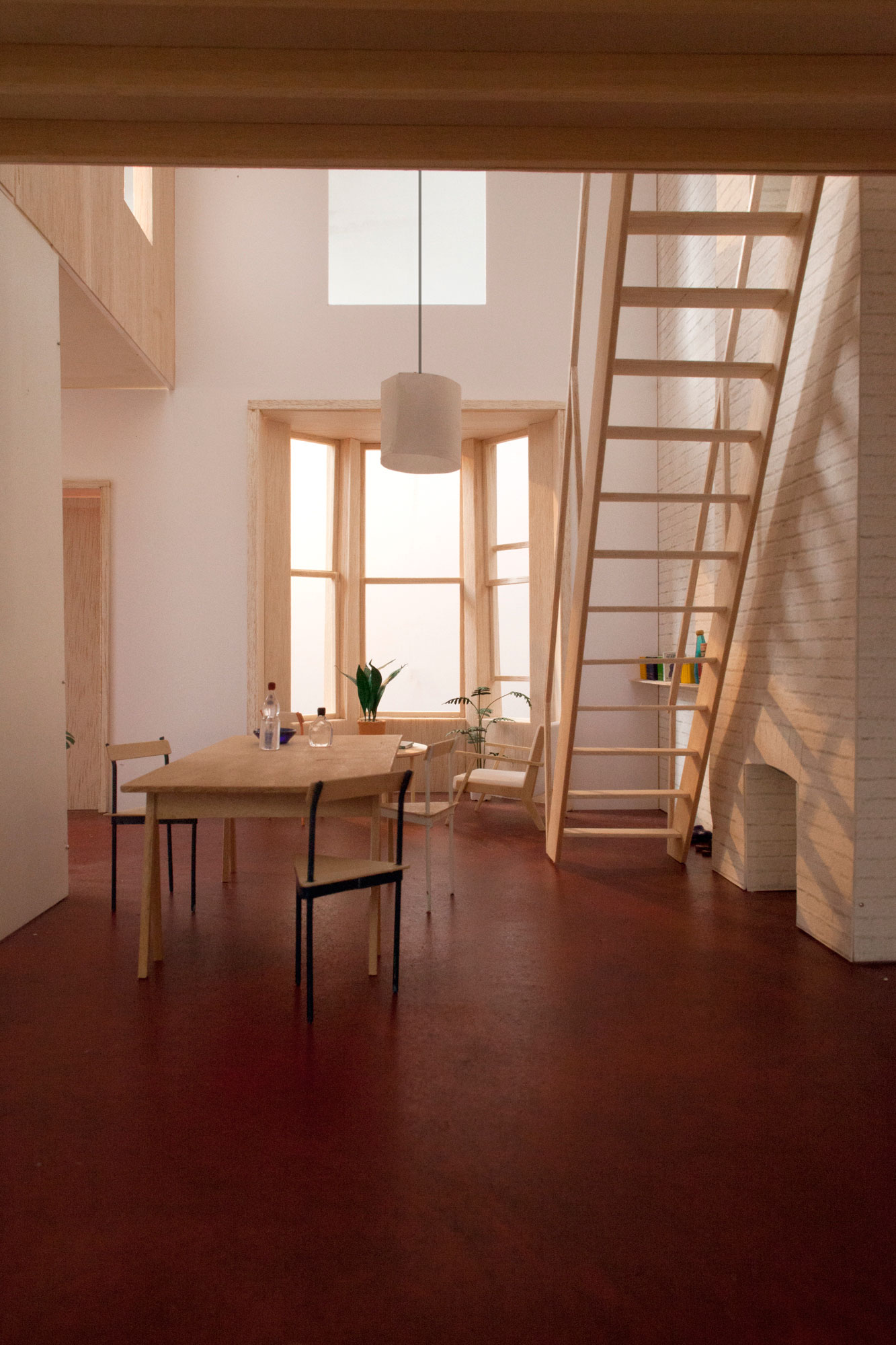 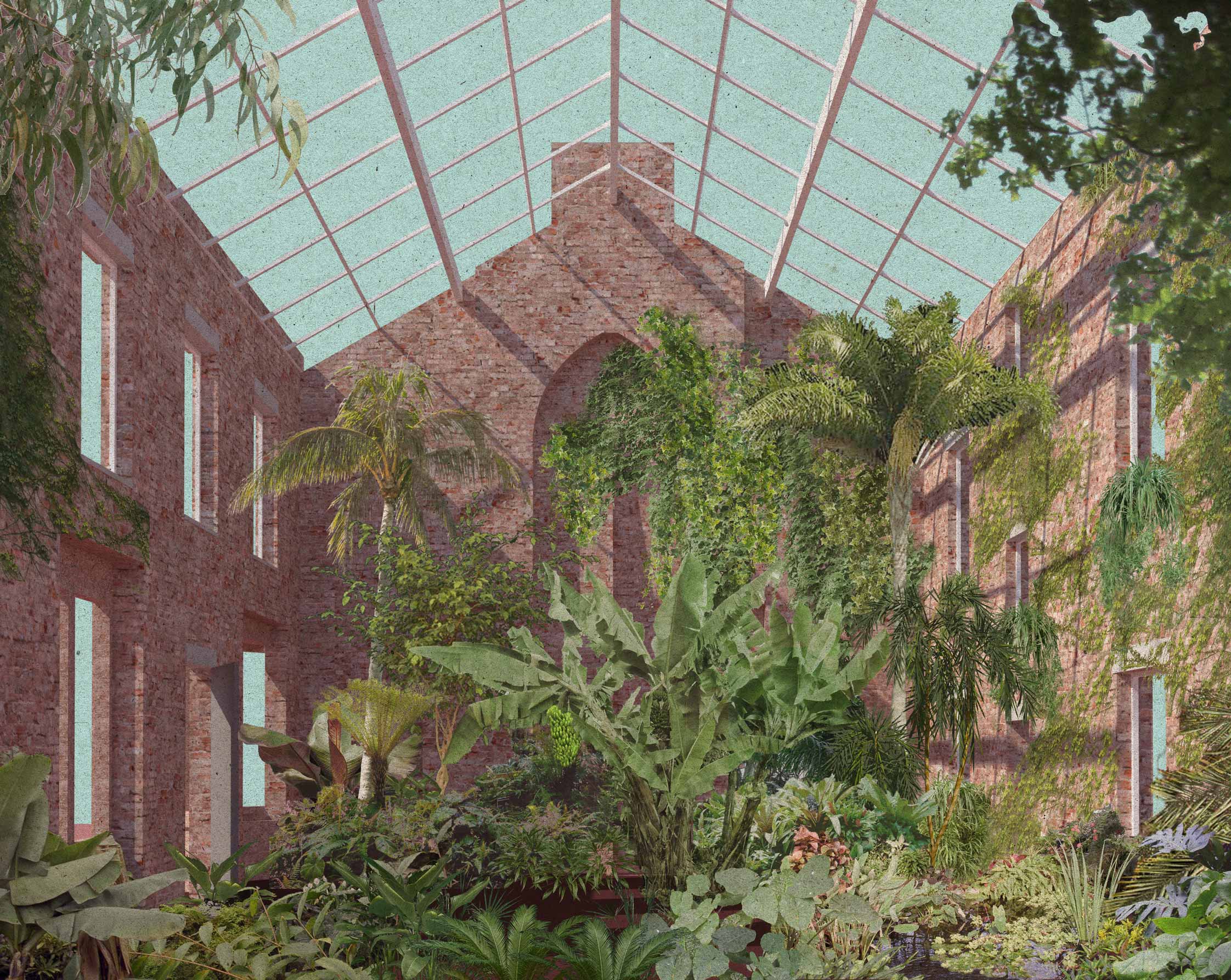 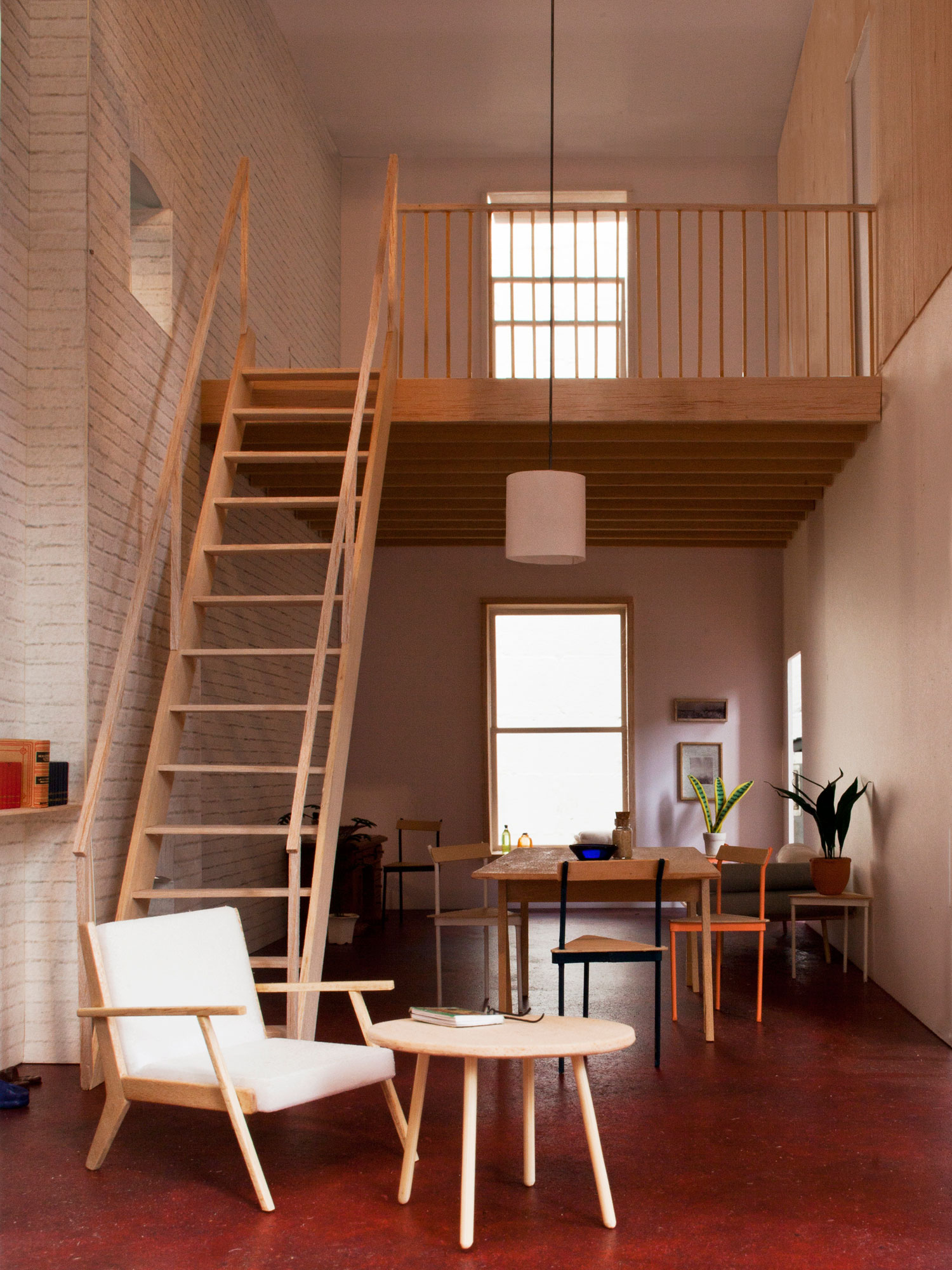 4. Building for the future

“When you say ‘Let’s talk about the near future’, architects get hysterical, designers go into meltdown,” Mat explains. Projecting a vision into the future can be one of the hardest challenges for architects. South Bank’s famed undercroft, which has been passionately adopted by London’s skaters, is a positive example of people finding a use for a building totally alien to its designer’s intentions. Architects and urban planners often have lofty intentions how their developments will be used, but if people chose not to engage with them positively, they can be left to rot, or worse, “failed” buildings can become urban hells. 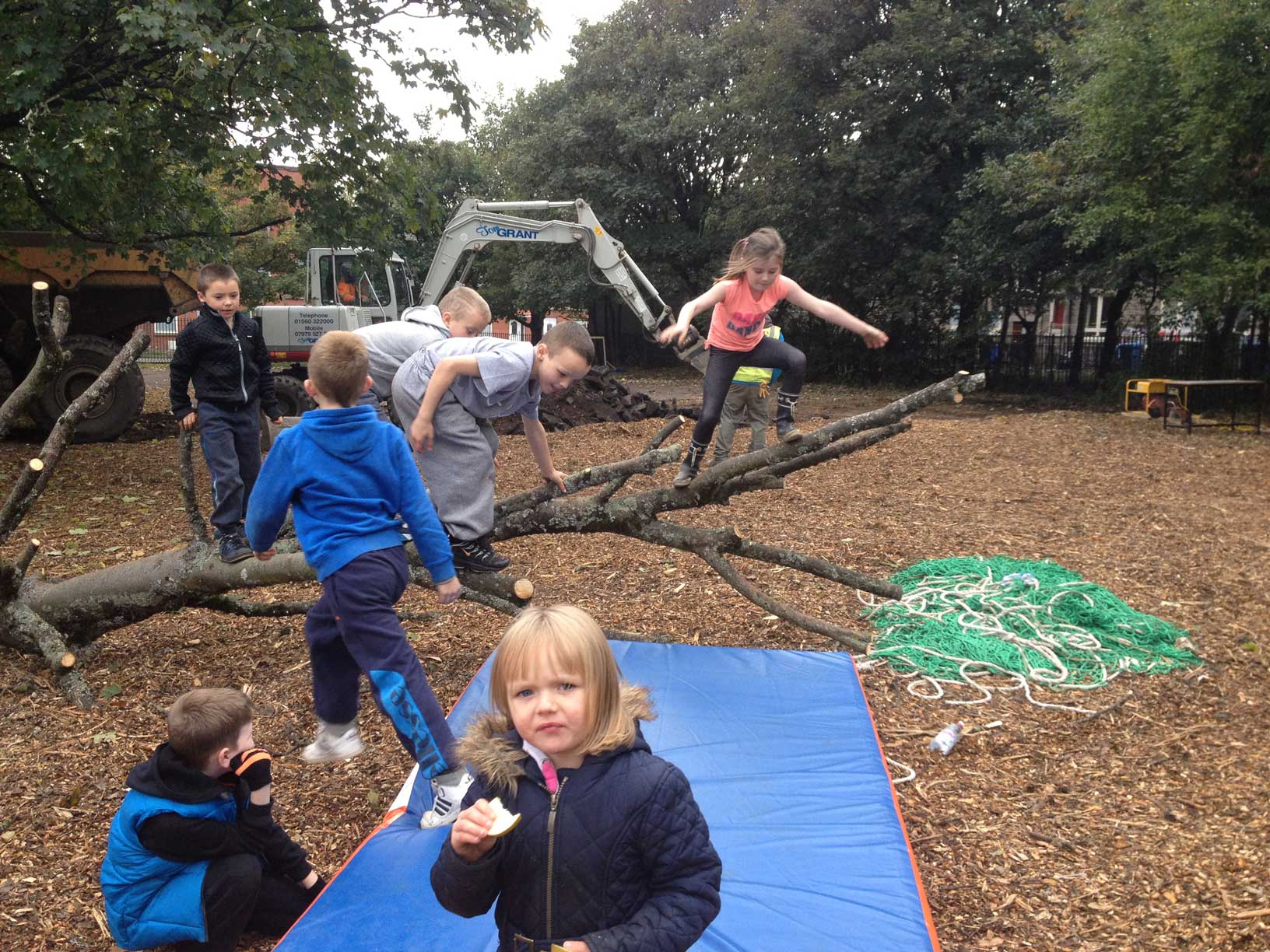 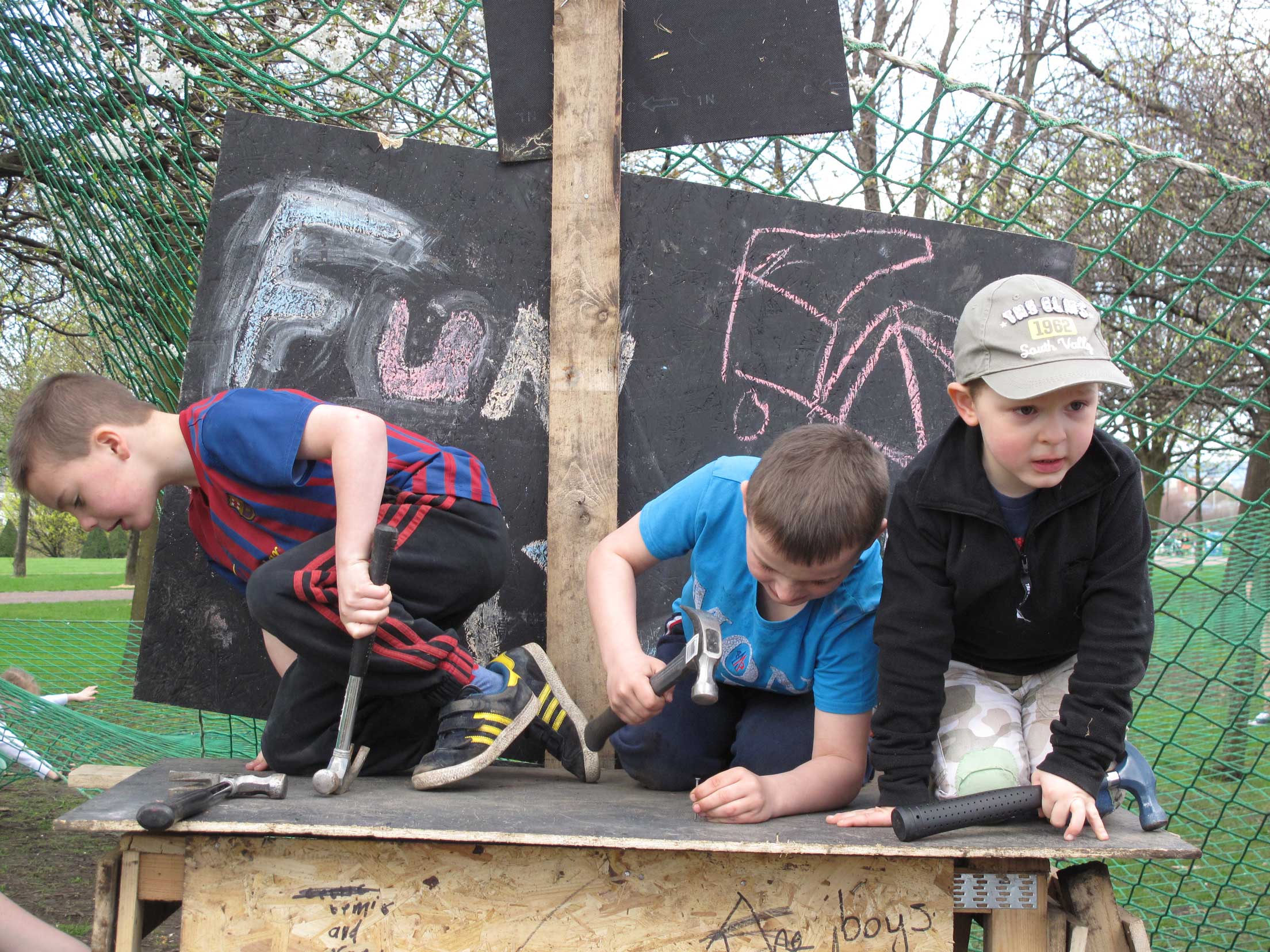 “In a sense, we understand that lots of our projects are acting in a liminal or slightly in-between space,” Mat explains. “As soon as you say community, legacy, or things like that, it brings up a set of expectations. But what you’re really saying is that you want your idea to be taken on and exist beyond the period you’re directly involved in its life. So we’ve found that workshops are a great way to encourage people to continue using spaces after we’ve moved on.”

5. Work with what you have 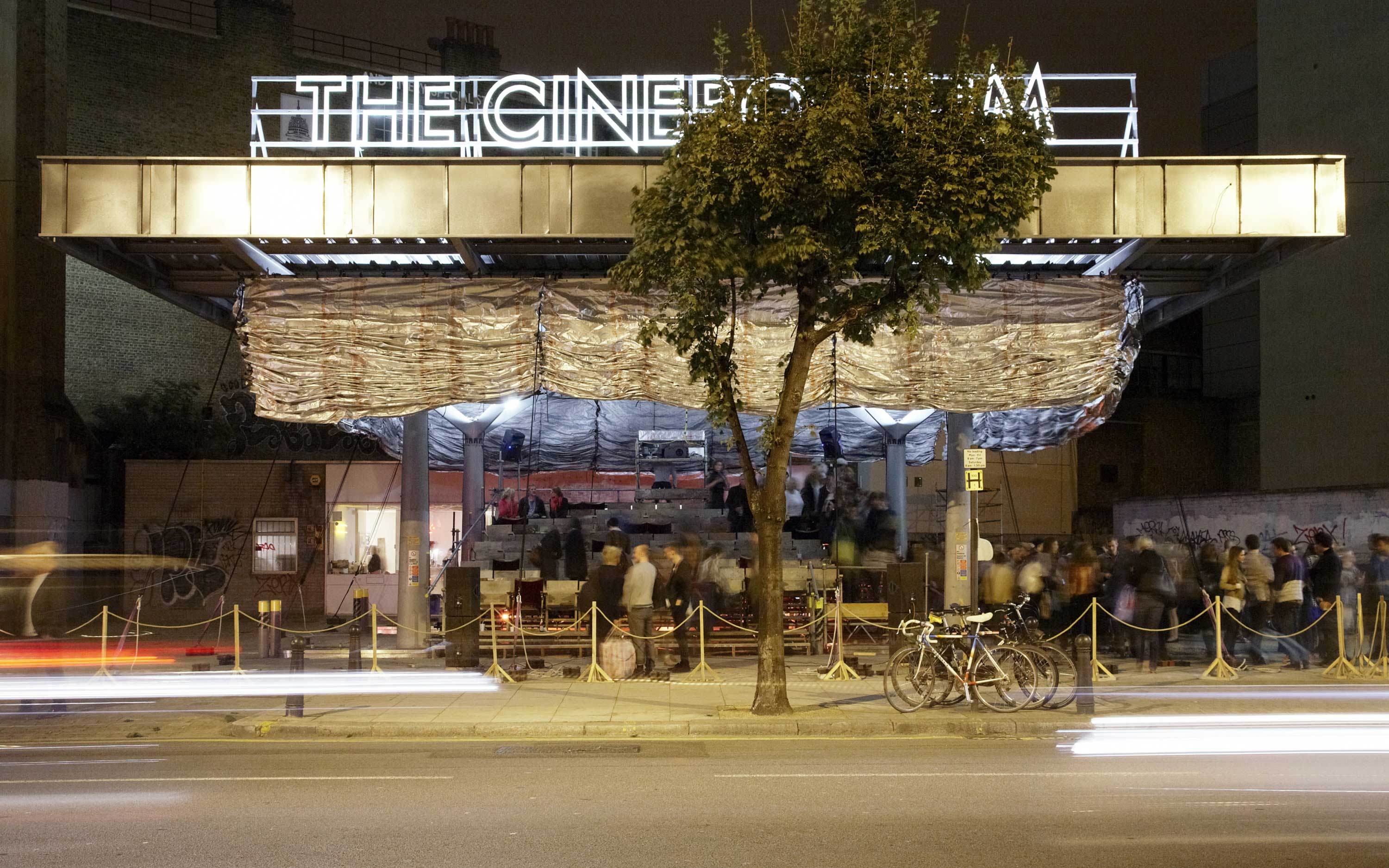 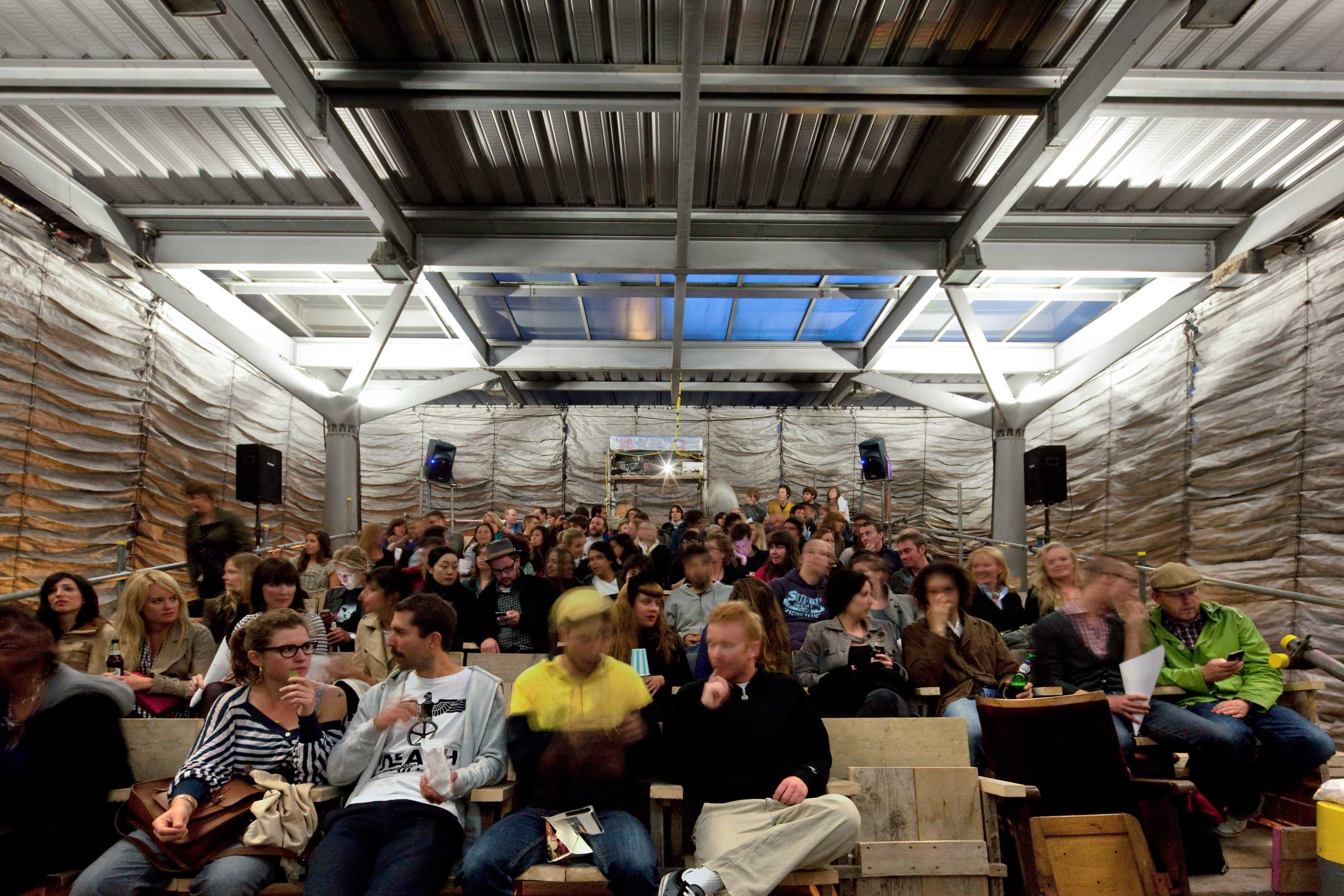 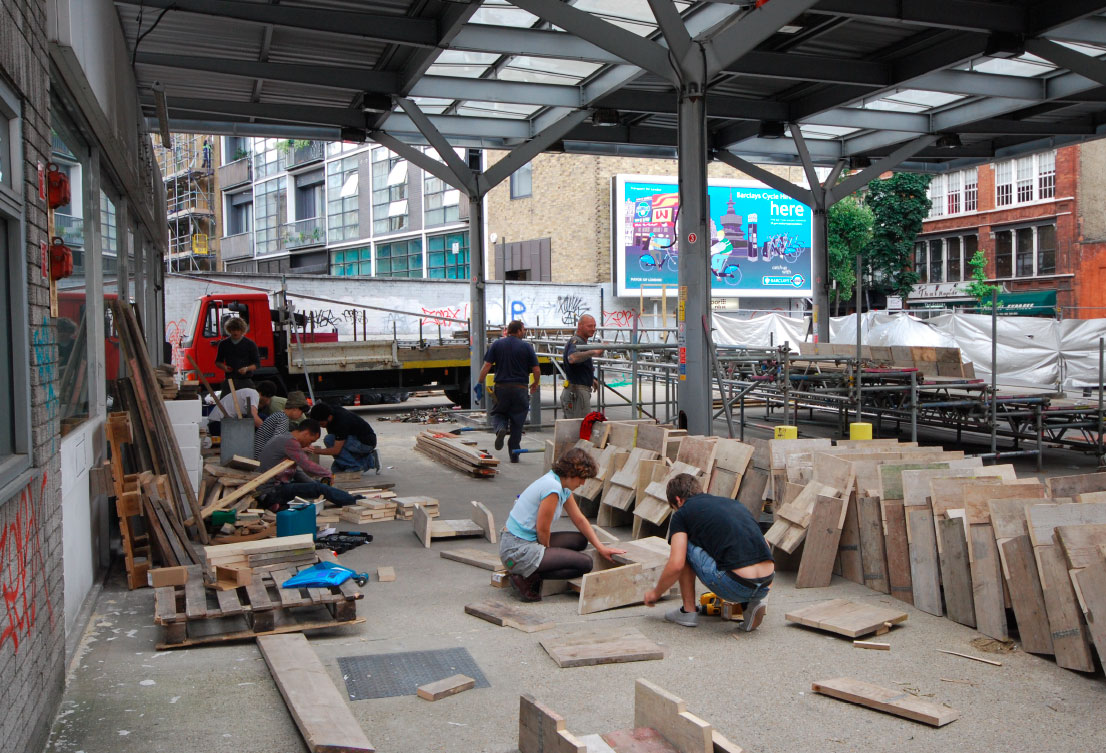 “Material awareness is an absolute necessity, not just something to aim for,” Mat explains. “When we’re talking architecture, sustainability and the long-term, we’re talking about materials and recycling in the short term.”

He uses The Cineroleum as an example. “The rationale behind the project was about the re-use of automobile infrastructure and the return of the picture palace – another typology that’s vacating our city centres at the moment.” Reclaimed scaffolding was used for the chairs and timber from the building was used to create the signs on the roof. “We beg, stole and borrowed our way the rest of it,” Mat continues. On the surface, this was about sustainability, but Mat explains the deeper purpose was to tell stories about the potential to be unlocked and identity to be rediscovered by making use of the materials around you.

Find out more about Assemble collective and FutureEverything festival, Manchester.

Linkedin
RELATED ARTICLES
OTHER ARTICLES
Photographer Bud Glick recounts documenting everyday life in the area, and what it taught him about the Chinese immigrant experience.
In the latest instalment of Photographers in Conversation, the creator talks portraiture, platforms and taking inspiration from Little Simz.
A 28-year-old from Texas was forced to travel across state lines for an abortion that would save her life and end a pregnancy that her baby had no way of surviving.
We introduce our series spotlighting the voices of people who’ve been impacted by anti-abortion laws and anti-choice protestors.
Tough fines and arrests for drug possession and supply is pushing festival-goers towards unsafe measures to consume or smuggle in their substances.
Last week, Tower Hamlets council removed its nudity-restricting licensing conditions in a huge win for London’s kink community.